Seated inside his big den, Veera, the old but very- much-in-command tiger-monarch of Mahovann, was disturbed. A couple of burly Indian bison—the gaur—stood guard at the entrance of Veera’s spacious quarters. The stronger of these guards was Bhoora. He was Veera’s personal bodyguard as well. A few minutes ago, Bhoora had allowed Aarabhi to pass through to meet with Veera. Aarabhi, a great hornbill and the most beautiful of birds in the entire land, had been handpicked by Veera to lead his council. Although much younger, she was wise beyond her years. Where others often thought it necessary to use force in sticky situations, Aarabhi always managed to come up with a solution that caused far less damage, but one that suited the interests of the kingdom.

Aarabhi’s arrival was announced by the flapping of her wings. When the great hornbill took flight, it was as if ocean waves were thrashing against rocks. It was distinctive, loud and unmistakable. It was a good thing then that Aarabhi mostly needed forest berries for a meal, because she could never have hunted without giving herself away. Veera had been resting before Aarabhi’s entrance, but woke up in a jiffy as soon as she made a landing.

I apologise for interrupting your siesta, oh great king, but the matter is a little urgent,’ Aarabhi said in Bhoora’s presence. Although far more diminutive in size, Aarabhi’s aura was no less imposing. She had a big, long, curved beak, with a flattish, cap-shaped structure over it that looked like a horn. This part of her head, including the beak, was a bright yellowish-orange. The rest of her body was a mix of black and white, with a dash of amber thrown in across the middle of her torso. She had flown into Veera’s den with a great urgency, indicating a sense of danger. Veera had taken immediate note of this, even before Aarabhi could speak.

‘Word has reached me, my lord, that a pack of wolves down south, in Dundubhi, are creating trouble.’ Aarabhi had received this information through her network of spies. The grey langoors, who dwelled on trees throughout the length and breadth of Mahovann, always had an ear to the ground. Aarabhi had done well to get the harmless monkeys to inform her of anything that seemed out of the ordinary in the forest.

‘The leader of the wolves is Gaaro,’ Aarabhi continued. ‘He and his pack are showing scant regard for the laws of the jungle. They hunt for pleasure. Wherever they go, they bully other creatures, particularly those far weaker than them. They have violated our culture, the spirit of Mahovann.’ Aarabhi suggested that the wolves’ cruelty had led to fear and panic in Dundubhi.

‘You have to act fast, your majesty,’ Aarabhi concluded. ‘Gaaro and his followers are challenging your authority and possibly encouraging others to do the same.’

Having heard Aarabhi patiently, Veera now stood up. The emperor of Mahovann for as long as the animals could remember was now in the autumn of his reign. His face was wrinkled. His body was no longer as supple or lean as it had been in his youth. Veera had hoped to see out his final days as king peacefully. Since the battle with the kingdom of Maneri, the jungle was prospering. It had largely enjoyed a peaceful existence for some time now. Aarabhi’s information upset Veera. Even if it seemed to be a minor matter, it had to be dealt with. Veera could not have chaos anywhere in his kingdom while he planned a quiet exit. That was not who Veera was. He had to address the situation. Now.

The great king ordered Bhoora to call for Bhairav, the magnificent bear warrior and the chief of Veera’s army. There was no one better suited for the task at hand. Aarabhi concurred. Not only was Bhairav, pound-for- pound, the strongest creature in the entire land, he was unflinchingly brave. He did not know fear.

No sooner had he been summoned than Bhairav was ushered in by Bhoora. Veera himself walked up to the sloth bear to welcome him.

Excerpted with permission from The Tiger, the Bear and the Battle for Mahovann by Akshay Manwani, published by Red Panda, Price: Rs 239. 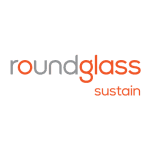 The Striped Sibling of the Idu Mishmi