In mid-November 2019, environmental news sections in many leading newspapers in India reported, the capture of an alleged “rogue” elephant named Bin Laden in the northeastern state of Assam, and its subsequent death in captivity. This was not the first incident of its kind, where an animal that was seen or assumed as problematic, was named after a dreaded terrorist. In two earlier cases in December 2006 and May 2008, elephants had allegedly killed numerous people, which prompted pressure from the public on the local forest authorities to kill them. Debate ensued about the authenticity of the allegations against the elephants, while others have pondered on whether the right animal was caught or not. What I question, instead, is the assignment of the title “problem animal” to a creature of a species known for its gentleness. This labelling of animals as “rogues” and “marauders,” sometimes even by members of the scientific fraternity, has done them a great disservice. It has contributed to a gradual decline in the cultural respect and tolerance the species once enjoyed. Increasingly, the overarching argument is that animals must remain within protected areas, and their existence in human-use landscapes is problematic. It is this difference, between where people perceive an animal should be, and where it actually is, that explains the context and relevance of human-elephant conflict and coexistence.

An elephant charges at a motorcycle rider on a highway passing through a protected area. Such instances are often a result of motorists getting too close to them for comfort. Photo: Aneesh S Feeding wild elephants habituates them to contact with people and leads to them losing their fear of humans. This loss of fear could lead to problems and conflict situations. Cover Photo: Sreedhar Vijayakrishnan

Problematisation of the Elephant

In the case of a crime committed by a human, the process of identifying the right culprit, today with all the technological advancements we have, involves examining all possible evidences in the form of CCTV footage, forensic analysis, etc. When it comes to accusing an animal of creating trouble, however, all it takes is to be able to find one that is easily identifiable or easily sighted.

With a decrease in natural forest areas, there is a resulting increase in human–wildlife interface. Especially with elephants extensively moving outside protected areas, within or close to human-use habitations, there is a dire need for addressing the issue of conflict, to prevent losses on either side. With only a few exceptions, such as early warning systems in the Western Ghats or well managed fences in Sri Lanka, most other mitigation measures are reactive in nature, targeted at managing the conflict, in the form of drives, captures, and translocations. It is often a result of these intense measures that we see highly variable behavioural changes in the species across their range. One of the major reasons why mitigation measures tend to fail is that they are designed from a human point-of-view, but deployed to deal with an animal, expecting it to respond positively. Crop loss to elephants is a fairly common issue across elephant ranges, reported even in the Gajashastra, dating to the 5-6th century BC. Almost all possible reactive measures have been tried out in agricultural landscapes to keep elephants out of croplands, and to prevent economic loss. Despite technological advancements, the commonest preventive continues to be night guards and drives, where men guard their crops from atop machans and drive elephants away using loud noises, firecrackers, fire torches, sometimes catapults and pellet guns as well. While these measures may continue to affect the animals physiologically, over time it has been observed from their behavioural responses that they tend to get used to these threats.

Biologically, when an organism perceives a threat, a stress response is initiated by the action of a set of hormones, and this is often in the form of a fight-or-flight response, as described by Walter Bradford Cannon in the 1920s. In the case of elephants, anthropogenic disturbances are perceived as threats, and whether the elephant’s response is flight or fight, will determine whether it will be labelled a “problem” individual. 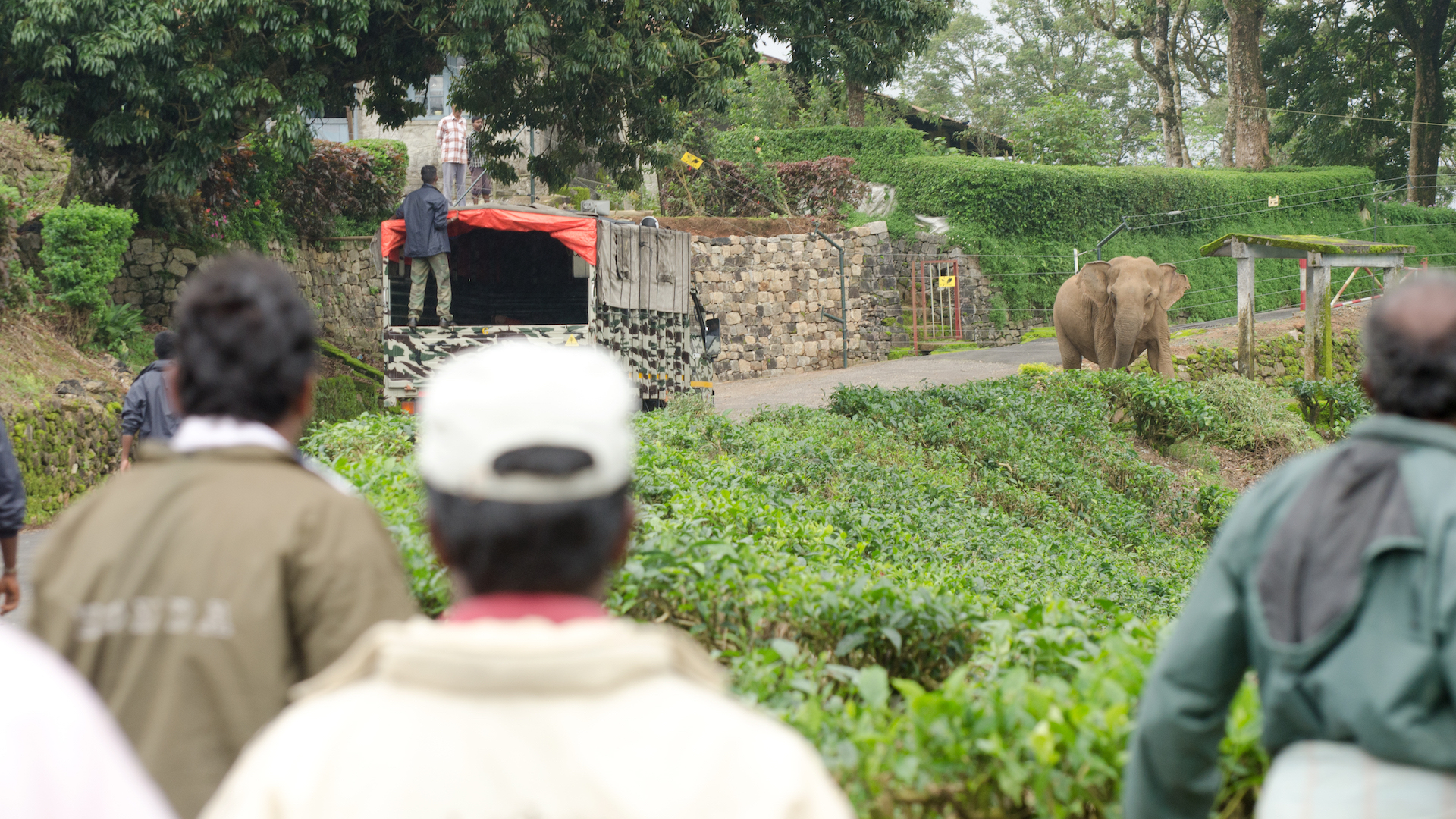 During my interactions with field staff of state forest departments in various elephant areas in the country and elsewhere, I’ve learnt that, in most cases, elephants tend not to be scared of the firecrackers anymore. This is often a result of indiscriminate use of these measures, even when not needed, or it becoming a regular practice, complicating the problem. In numerous instances, it was observed that even if the animal goes away at the sound of a firecracker, it tends to come back after a fairly short interval. Observations on elephants visiting fences in Sri Lanka, done by Dr Prithiviraj Fernando and his team, have shown that whenever they are chased from fences using firecrackers, they move away, but come back in about 10 to 15 minutes. Now, what does one do when animals stop responding to these loud noises or fireworks, or start to come back after such intervals? Humans have tended to graduate to the next level by becoming more aggressive, in the form of throwing fire torches or shooting pellets at the animal. It is often at this stage that the animals begin to mock charge, and humans then respond with the classic flight response. This in turn conditions the animal — it learns that charging at humans in defence scares them away. The elephant then begins to charge humans at every encounter, perhaps out of desperation, and is then characterised as a “problematic” animal.

All aforesaid responses and adaptations are also individual-specific, and any generalisation that animals of a certain kind are problematic is a gross injustice to the species. Terming elephants as “rogues” and “rowdies” and calling accidental fatalities caused by them “manslaughter” is nothing less than a threat to their conservation. These attitudes and perceptions erode any cultural connection the species once had with humans, which allowed for their long-term survival and conserved them from imminent threats.

From the outskirts of Coimbatore, tusker Chinna Thambi was collared and translocated to the Anaimalais, but he had to be recaptured after he continued to frequent human habitations. In this photograph he is feeding in a sugarcane field. Photo: Sreedhar Vijayakrishnan

From elephants like Chinna Thambi and Crow Bar of Tamil Nadu, to the late Maniyan of Kerala, and the Bin Ladens of Assam and Jharkhand, one can see the diverse idiosyncrasies in the species’ tolerance levels and behavioural adaptations. The common factor with these elephants and others of their kind is their close affinity to human-use areas, their intense proximity to human habitations, and the ways in which they coexist near people. In more ways than one, human behaviour has affected how these animals respond to stressful situations, and that in some sense decide their fate as well.

The centuries-old Gajashastra (a historic text on elephant biology and medicine) opens with a discussion between King Romapada (of the Anga Kingdom, in present-day Central India) and his ministers, on dealing with crop-raiding elephants by removing them. With advanced science and technology, it is unfortunate though, that the instant responses towards conflict incidents continue to be the archaic way of removal. With a handful of examples — not just of elephants, but also other animals such as leopards — it has been elucidated that neither capture nor translocation helps in mitigating conflict or assisting conservation. One needs to start thinking beyond the removal of the animal to manage the situation. Translocations or captures do not resolve the issue and often worsen existing conditions, which also underlines the importance of weakening the idea of the problem-animal approach.

A newly captured, exhausted bull elephant being cooled off and dragged from a capture site to be loaded onto a truck, near Hassan in Karnataka. Photo: Kalyan Varma

Amidst a multitude of conundrums that challenge the conservation of Asian elephants today, what one needs to do to resolve the problem is to acknowledge it, understand its myriad facets — that of people, animals, and landscape features — and identify and devise locally sustainable, effective solutions that target the issue and not the animal. Problem-animal approaches in conflict management need to give way to location-specific interventions, with more emphasis put on addressing the social and economic dimensions and improving cultural tolerance and support for the species. 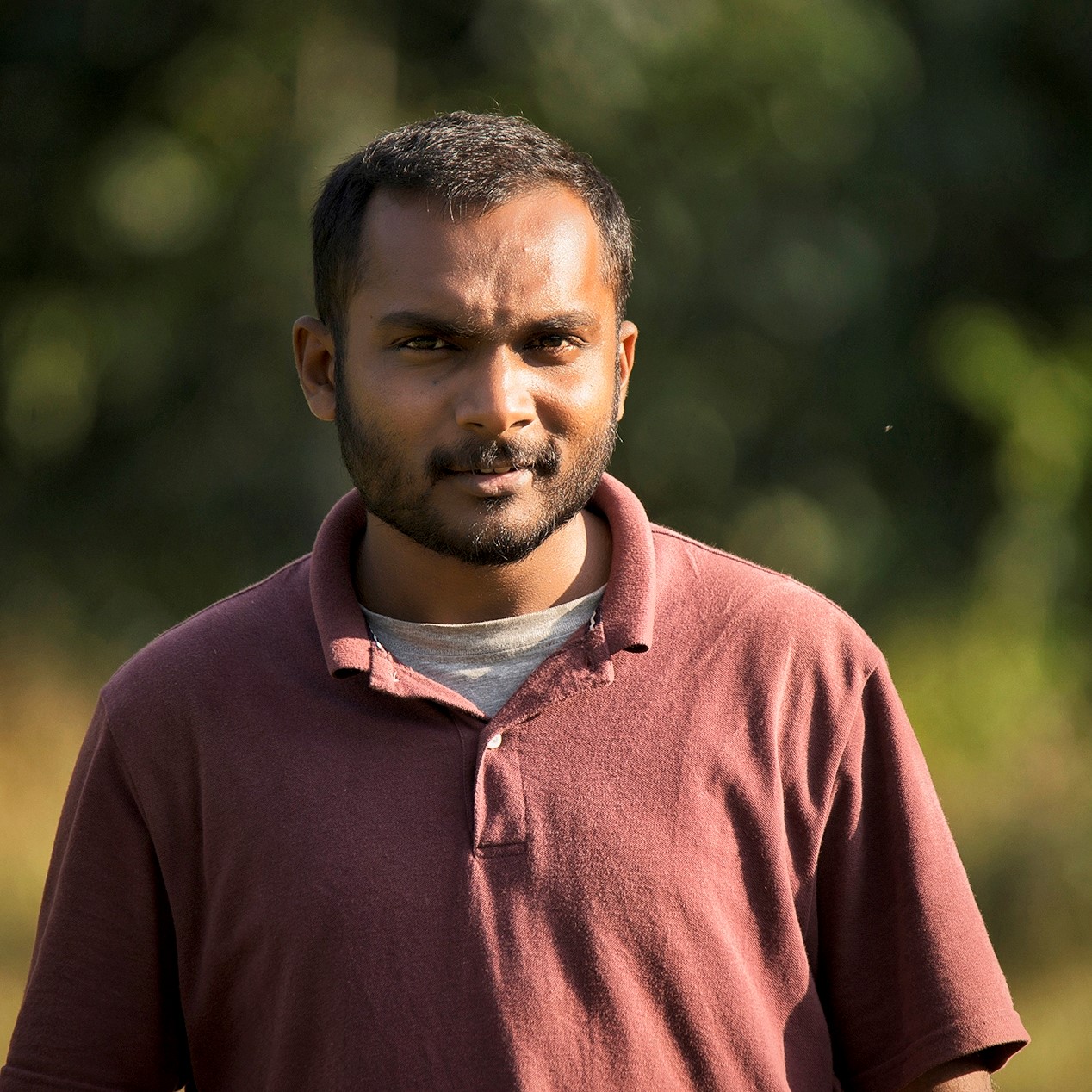 is a wildlife biologist interested in elephant behaviour, physiology, and its interface with conservation. He is currently pursuing his PhD from the National Institute of Advanced Studies, Bengaluru.