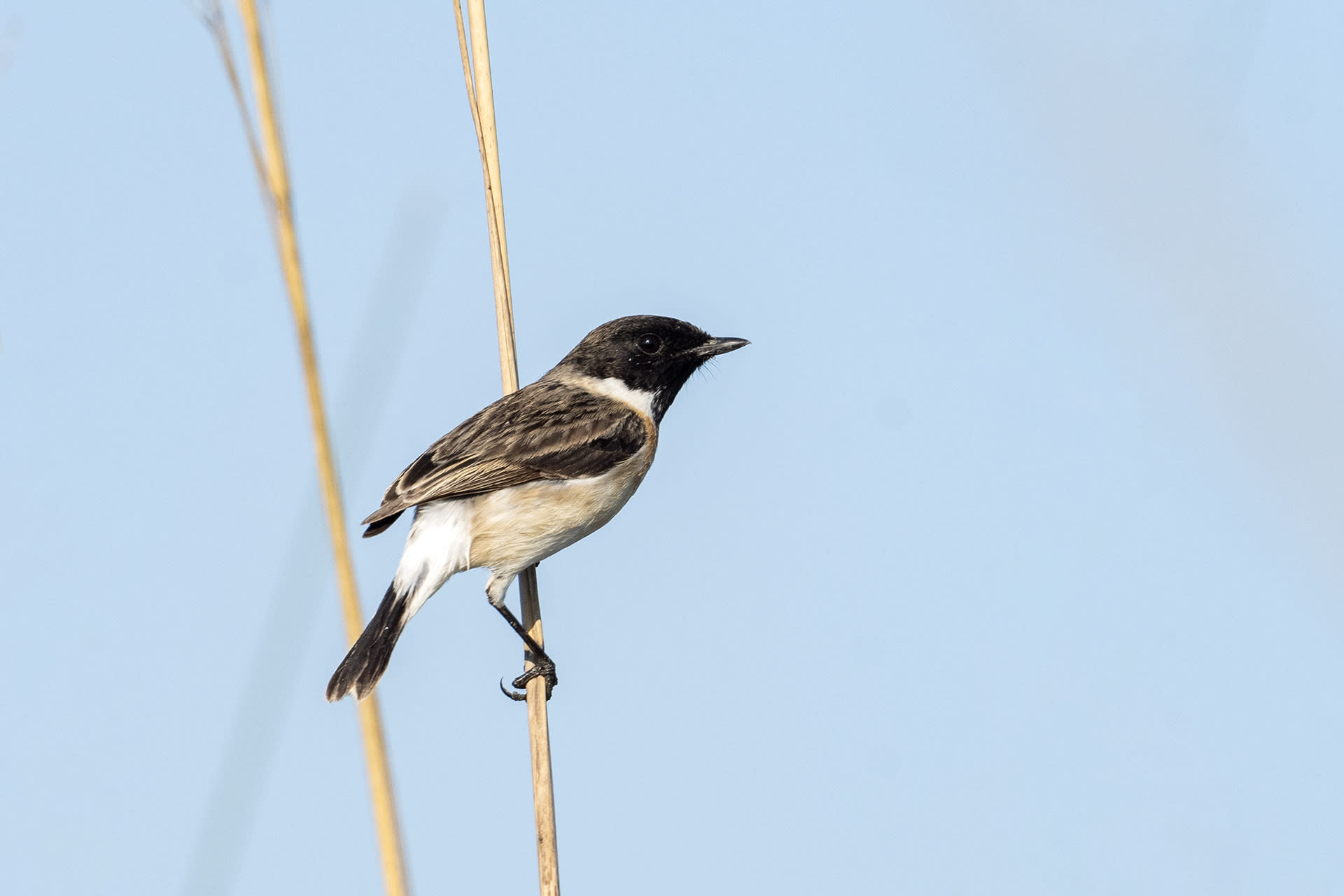 Concerned with the burning of grasslands and felling of trees, 34-year-old Bhabesh Mahanta is helping build a food forest for birds on a chapori (riverine island) near Guwahati in Assam.

Ramsing chapori is one among at least 2000 numbers of sandbars and shifting river islands (locally known as char and chapori) in the heavily-braided Brahmaputra river in Assam. The sandbars and river islands serve as wildlife corridors for certain species and as a barrier to the migration of others; many are important bird areas, such as Majuli, a prominent river island, surrounded by small islets.

On Ramsing chapori, Mahanta launched an initiative The River Land Project in 2019 out of concern of the destruction of grasslands habitats of birds. Ramsing chapori is a well-known winter picnic spot and couched in the grasses, locally known as ekora (Saccharum ravennae), kohua (Saccharum spontaneum), etc. are several globally threatened birds such as the swamp prinia and Hodgson bushchat. It is also a probable place for the Bengal florican.

Ramsing chapori is connected to Guwahati by a thin strip of sand or land that gets washed out during monsoon when the flood is at its peak. During the monsoons, when half of the island goes underwater, one has to catch a ferry to reach the river island. Farms of potatoes, peas, and leafy vegetables greet visitors in winter. Earlier one couldn’t navigate the chapori due to rich grasslands but now it’s easily accessible. The island spread over 750 hectares supports 30 families who live off agriculture and cattle rearing. “Overnight burning of grassland and cutting of trees have created disturbances in the animal and bird habitat. I have planted around 100 trees, out of which 80 survived. If this continues, the land will turn barren land and no bird will ever be sighted here,” claimed Mahanta.

Through his social media page The River Land, Mahanta, a dancer by profession, gets in touch with scientists and researchers, who advise him to plant native trees known as jhau trees (Casuarina equisetifolia) that are locally known to naturally prevent soil erosion mainly in char and chapori area. These trees are part of the natural grasslands ecosystem of Assam.

Grassland burning is just one in a suite of threats that are imperilling these birds, observed Girish Jathar of the Bombay Natural History Society who is studying the Brahmaputra’s bird habitats in Assam. A unique combination of habitat – sand bars, wet grasslands, dry grasslands, scrublands, forests – makes Brahmaputra’s floodplains a rich habitat for grassland birds. There are 210 bird species in Brahmaputra’s floodplains, of which 113 are grassland-dependent species and out of them, 10 are globally threatened, Jathar told Mongabay-India.

Jathar observed that habitat degradation (owing to encroachments and settlements), grazing, grass cutting (in non-protected areas), the spread of invasive species, savanna fires – in non-PA and PA (as part of park management) and hunting of birds are also threatening the landscape’s avifauna. According to noted naturalist and former bureaucrat Anwaruddin Chowdhury, overpopulation is also a major threat for these rare and migratory birds of chars and riverine plains of Brahmaputra, in some cases, they also adapt to development in its habitat. Earlier, experts have underscored, expansion of agricultural practices, unrestricted fishing activities on the islets are major threats to the Brahmaputra river. Many of the local communities are also engaged in tree felling and timber smuggling along this river, according to a paper.

Birder Ujjal Baruah claims to have spotted 30 to 35 different species of birds on the Ramsing sandbar including white-tailed stonechat and prinias, such as the swamp prinia, marked as endangered on the IUCN Red List of Threatened Species.

Leons Mathew Abraham, a veterinarian and a bird enthusiast has also photographed the swamp prinia at a char near Guwahati in 2018. The shy swamp prinias in recent times have only been reported from floodplains of Assam. This bird was last spotted in January 2021 at Maguri beel (wetland) near Dibru Saikhowa National Park in Assam. The climate and vegetation of the Brahmaputra plains provide a good habitat for these endangered species to make their nest and survive. Spotting this IUCN endangered bird in this chapori means it has the potential to be a good habitat for this bird.

But Abraham’s elation on spotting the rare bird was short-lived. Since 2018, Abraham, originally from Kerala has toured extensively through several chars, for birding. “I have seen places with habitat and no birds, which is alarming…,” Abraham told Mongabay-India.

Jathar said it is very important to save the patches where the bird exists – such as the patch near Guwahati. “These unprotected river islands can serve as refugia if human disturbance is at its minimum,” added Jathar. However, he expressed scepticism about unscientific afforestation activities. “If enough time is given, the grassland will be maintained or it will turn into a forest because of succession,” said Jathar.

“We have thought of site-specific plans and landscape-level plans and for specific species, such as swamp prinias and Bengal florican, we may have specific plans,” he added. 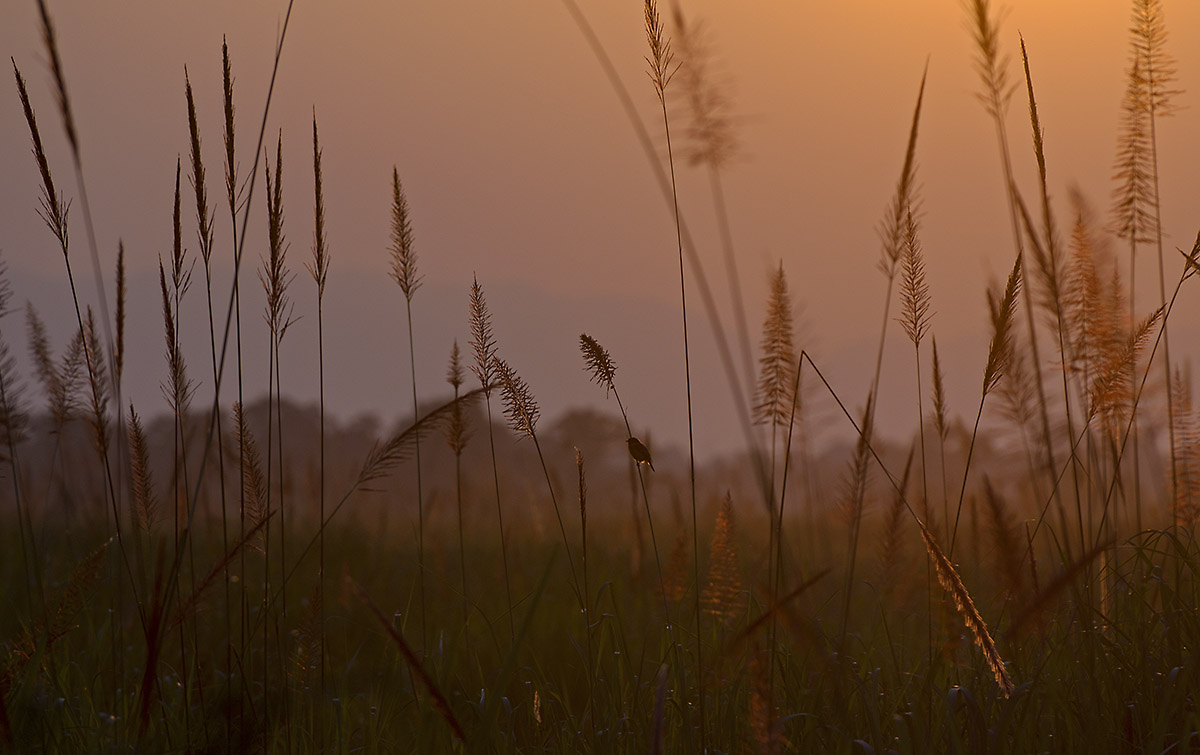 A bird perched on a blade of grass. Photo: Dhritiman Mukherjee

At Ramsing chapori, residents shared instances of disturbance. Indradev Yadav and his wife, who are seasonal farmers on Ramsingh chapori, expressed concern over unknown people harming the grasslands. “We live on occupational farming and cattle rearing. This chapori is our mainstay for farming, but this year some people barged in and started cutting down grassland. We protested but they threatened to kill us; we are now scared to protest,” said 67-year-old Yadav.

Even as the residents express their fears, the chapori which falls under Assam’s Kamrup territorial/division suffers inaction from the forest department. A new divisional forest officer is yet to join.

Mahmood Hassan, Director, Char Area Development, Assam said the agency mainly looks after the chars that have human settlements. “We specially intervene in agriculture sectors, beneficiary schemes etc.; we haven’t carried out any interventions on ecology and biodiversity till now,” said Hassan.

Bhabesh Mahanta, meanwhile, said he has submitted multiple applications and registered complaints with the local police station and forest department. But the administration hasn’t paid attention, he claimed.

Anwaruddin Chowdhury adds that most chars are unprotected areas and the forest department doesn’t take much interest. Additionally, the integrity of these habitats is a factor. They are subjected to bank erosion and accretion due to the unstable bankline and the dynamic nature of the Brahmaputra river. The 44.6 square km Bura Chapori Wildlife Sanctuary, an old sandbank turned permanent and which was declared a reserved forest in 1974 and became a sanctuary in 1995, has lost 22.4 percent of its land area in 30 years, (1987–2017), remote sensing data shows. 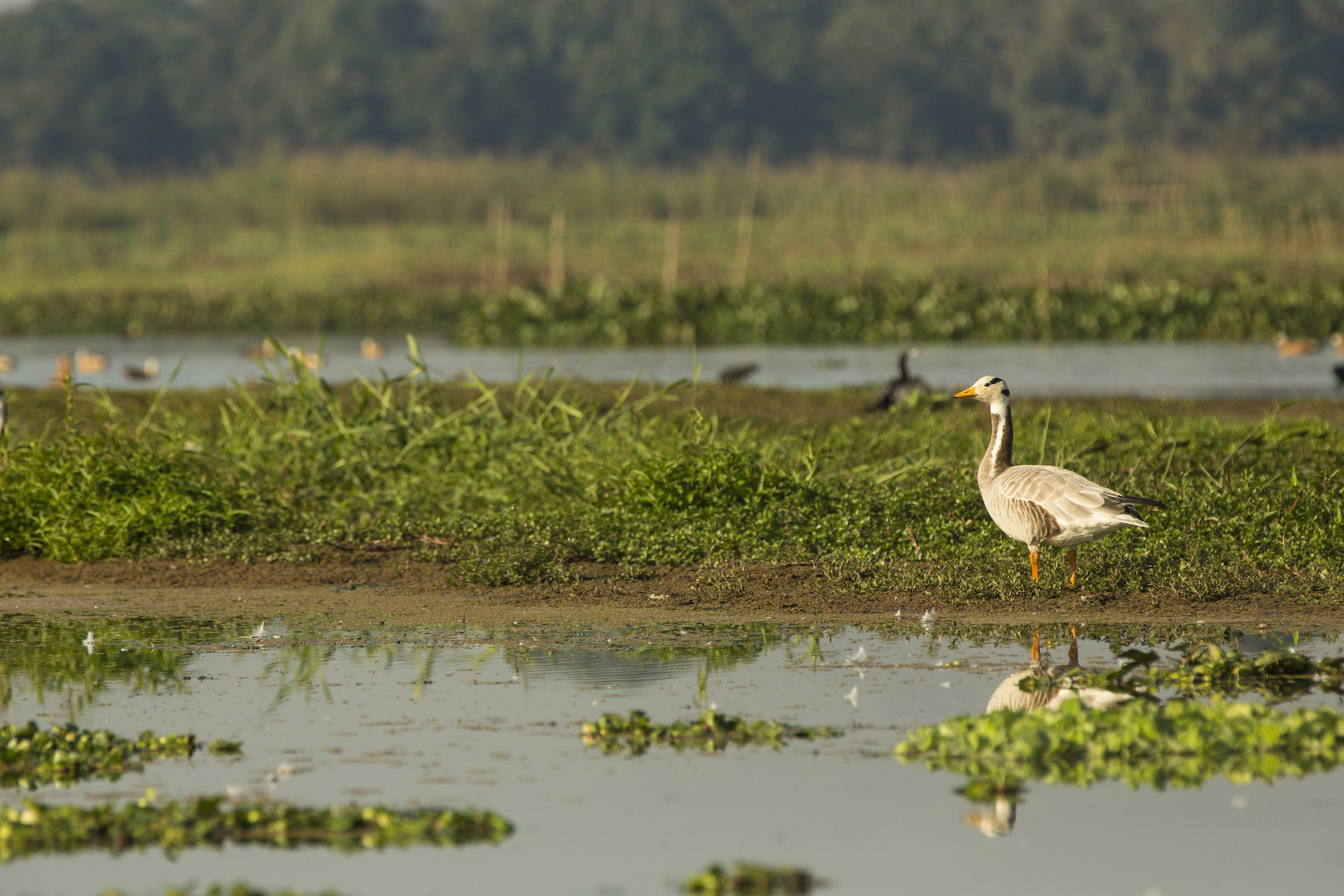 Chowdhury has on several occasions reiterated that several river island grassland habitats could do with legal protection. “I have proposed to the Assam government that certain grassland chaporis be legally protected, such as Kobo chapori, chaporis of Sibia river, but my request didn’t get much attention. Among the chaporis, I had recommended for legal protection, Pani Dihing was successful as it got a bird sanctuary status in August 1996,” Chowdhury.

However, protected area status doesn’t necessarily guarantee a habitat free from disturbances. Burachapori Wildlife Sanctuary is “heavily encroached by immigrant farmers who disturb grasslands and convert them to rice fields.” Though the habitat is otherwise ideal, species such as Bengal florican was very rare, states the BirdLife International (2001) Threatened birds of Asia: the BirdLife International Red Data Book.

“If encroachment takes place it degrades the water table and the soil becomes loose and later gets washed away by flash flood and river during monsoon,” said Chowdhury.

Ranjan Kumar Das, a professor of geography at Tinsukia College and a member of the NGT’s expert committee in Assam that is monitoring grassland and wetland birds and their habitat also drew attention to the issue of sand mining on the char and chapories. “Sand mining creates hollow pockets which later get hit by water when the monsoon comes and the flood takes a rampant form. The upcoming dams on the river’s upstream will also create problems for the grassland habitat, due to unregulated water flow,” said Das.

(With additional inputs by Sahana Ghosh)