Allowing mining in part of these pristine forests will open entire area for excavation, warn activists 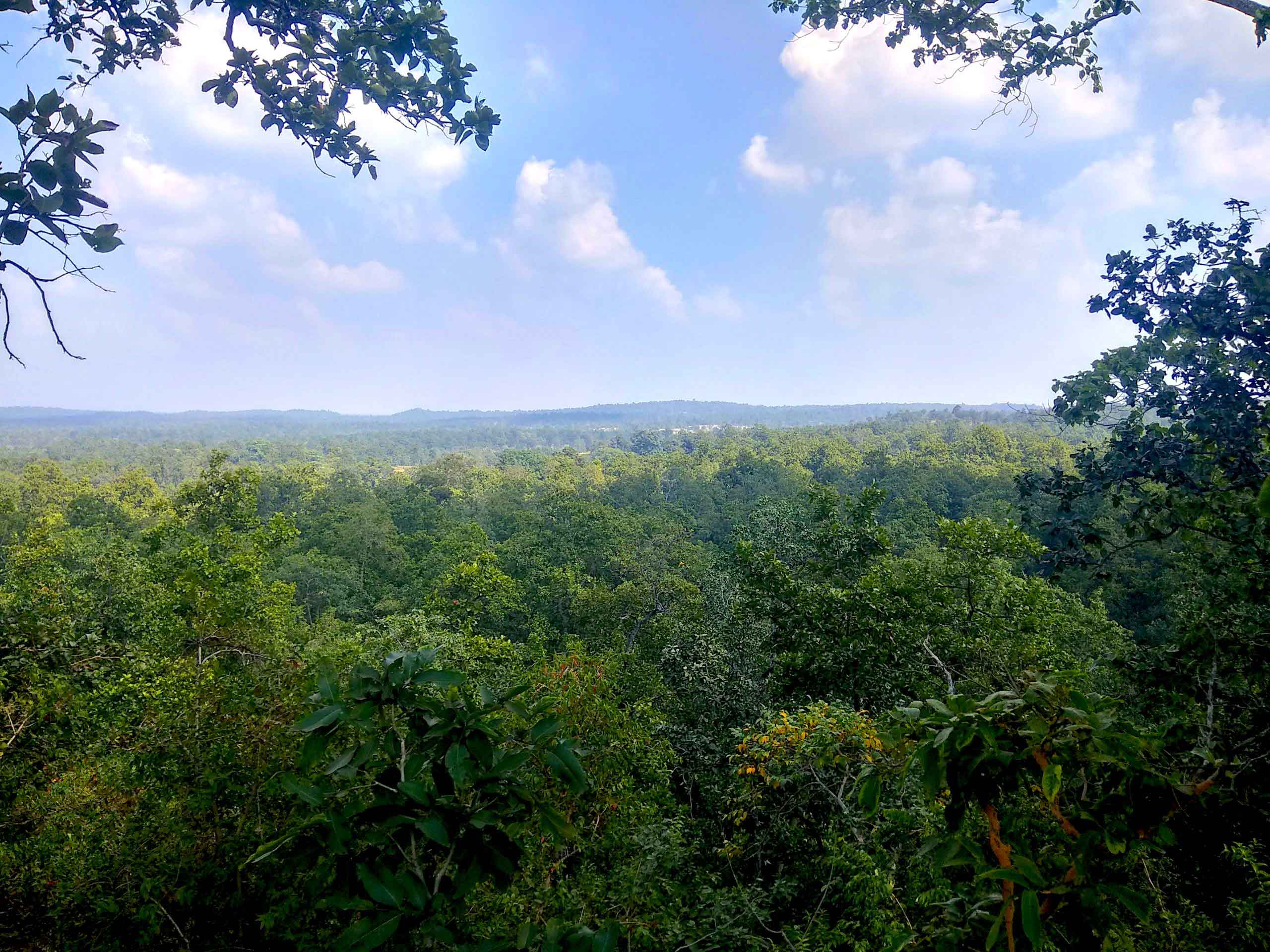 To mine or not to mine – that’s the question that seems to be looming over Chhattisgarh’s Hasdeo Arand forests. While the forests being pristine, rich in biodiversity and ecologically sensitive, is widely acknowledged, there has been frequent debate around allowing coal mining in these forests. Mining in Hasdeo Arand has been discussed at several forums for over a decade now.

The latest development that has fired up the debate again is a report by the Indian Council of Forestry Research and Education (ICFRE), a government agency under the environment ministry, which recommended allowing coal mining in a part of the region with adequate safeguards. The recommendation, however, has met severe criticism and resistance from activists and legal experts who have been working for years to protect the region.

In fact, it has been a roller coaster journey for the Hasdeo Arand area which was once designated as a ‘no-go area’ – an area that was to be left undisturbed and no project such as mining was to be allowed. But given that the region has rich coal reserves of power grade coal, authorities, as well as some of India’s top industrialists, have their eyes set on it.

In June 2011, the then forest panel of the union ministry of environment, forest and climate change (MoEFCC) recommended against diverting the forest land for mining noting that that area has high ecological and forest value and the number of trees to be felled was very high, which did not justify diversion from the conservation point of view. But the then environment minister Jairam Ramesh overruled the decision of the forest panel and cleared the proposal stating that the coal block is located in the fringe area and not in the biodiversity-rich area of Hasdeo Arand.

The decision was then challenged in the National Green Tribunal (NGT) which, in 2014, had set aside the clearance given to the mining project and suspended the mining work commenced by the RRVUNL, while seeking certain studies to be done by expert bodies such as ICFRE and Wildlife Institute of India (WII). But the Supreme Court of India stayed the NGT’s direction regarding the suspension of all works started by the RRVUNL.

The ICFRE study, which was ordered by the NGT in its order in 2014, did not start until 2019 when the Supreme Court, while hearing the case, asked about it.

The field survey for the study was initiated in May 2019 and finished in February 2021. The study, which is not yet in the public domain, while talking about the impact of mining on forest and flora, noted that mining-related land-use changes will have a negative impact on forest cover/density, forest type, forest fragmentation.

The study warned that infrastructure development and mining will cause fragmentation and have a negative impact on quality habitat available. Mitigating this impact will be a challenge.

“The effect of mining on elephant habitat may not reflect in the same habitat but could be a silent trigger for human-elephant conflict in some other area within the landscape,” it cautioned. In fact, the decision to notify Lemru elephant reserve, a step to prevent the human-elephant conflict, in the Hasdeo Arand forests, has also been pending for years.

The study also said mining activities in the “forested landscape involves significant land-use changes that most likely result in geo-morphological/hydrological changes in the river water courses.”

“Majority of the drainage that drains the core and buffer zone of the coal blocks are of primary and secondary feeder streams and therefore, they will be greatly affected due to retention, flow restriction, low discharge, reduced channel morphology, etc.” it said.

Sudiep Shrivastava, a lawyer and activist whose petition at the NGT had resulted in the 2014 order, told Mongabay-India that a crucial message of the ICFRE study is that it is “warning and treating the entire forest as a crucial environmental hotspot that is rich in biodiversity.”

ICFRE recommended mining in four blocks
The ICFRE study observed that over 90 percent of the households (in the region) are “dependent on agriculture and forest produce for their livelihoods from forests.”

“The forests also maintain the hydrological and other ecosystem services on which the locals are dependent for agriculture and other allied activities. Cumulative Impact of displacement due to mining operations will have serious impact on community in form of loss of livelihood, identity and culture,” it said.

The study noted that overall 14 (mining) projects may not be recommended for mining for “conserving the relatively dense moist-dry deciduous sal dominated forest tracts that provide home range for elephant.”

It, however, said that four contiguous coal blocks, Tara, Parsa, PEKB and Kente Extension, that are “either already opened or in advance stage of getting the statutory clearances/Terms of Reference approved, can be considered for mining with strict environmental safeguards including appropriate conservation measures for the management of surface water and biodiversity.”

The total extent of these four coal blocks is about 80.95 sq. km., almost five percent of the Hasdeo Arand Coal Fields, with a mineable reserve of 1143.49 MT of coal.

This recommendation in the ICFRE study – despite itself observing the harmful impact of mining activities – has led to criticism from several quarters.

Shrivastava said it was not the mandate of the ICFRE to suggest a go-ahead to mining activities in four blocks just because clearances have been given earlier or are in advanced stages. “They should have stopped at findings around environmental issues – which was something they were asked to do by the NGT,” he said.

“Amongst the four coal blocks which could be mined, as per ICFRE’s suggestion,  Tara coal block has the second-highest dense forest among the 602 coal blocks in India. It is home to very dense forests – a category that forms only a small portion of the forests in India – and thus should be left untouched. While in the case of Kete extension, the block has 98 percent of dense forest – a continuous unfragmented single block. The ICFRE study itself says that the wildlife management plan of PEKB block, where mining is on, is deficient. It just said that it has to be strengthened without mentioning how it can be done,” Shrivastava said.

Alok Shukla of the Chhattisgarh Bachao Andolan, an organisation working on mining-related issues including its impact on the environment and communities, also criticised the report by ICFRE. “The report by ICFRE is absurd and is beyond the mandate given to it. This report seems to be prepared under the pressure of miners. The Hasdeo forest was once categorised as a no-go area but the lack of policy to protect such areas and the subsequent pressure from the mining lobby has stopped it from being brought under protection.”

Mining in Hasdeo Arand becomes a political hot potato
Over the years, the issue of allowing mining in the Hasdeo Arand region has been a topic of intense discussion in Chhattisgarh, a central Indian state. In fact, the region has witnessed severe protest against the coal mining projects from local residents, including indigenous communities.

In recent years, leaders of the political party, the Indian National Congress, including Rahul Gandhi, had promised that if voted to power, the land of the villagers won’t be taken away without their consent. In December 2018, Congress was voted to power in the state elections, but the controversy around mining in Hasdeo Arand continues.

“Whether it is the Bharatiya Janata Party or the Congress – no one has come to the rescue of this region. If this report is accepted, then it will ultimately result in the whole area being opened up for mining,” Alok Shukla told Mongabay-India, adding that, if mining is allowed in Hasdeo Arand forests, it will lead to irreversible loss. “This is nothing but opening a wildlife-rich area against the wishes of the indigenous communities,” he said.

Shrivastava noted that the final decision in this entire saga is of the Chhattisgarh government. “Mining in Hasdeo Arand region can only go ahead if the state government allows it (even) as the centre is bent upon to throw (open) each and every area for mining. The excuse that clearance has been given to continue with a project is not a valid one. Clearances can be quashed by the courts,” he said.