Resettling forest dwellers outside forests costs nearly as much as one-fourth of India’s annual gross domestic product, according to the report. 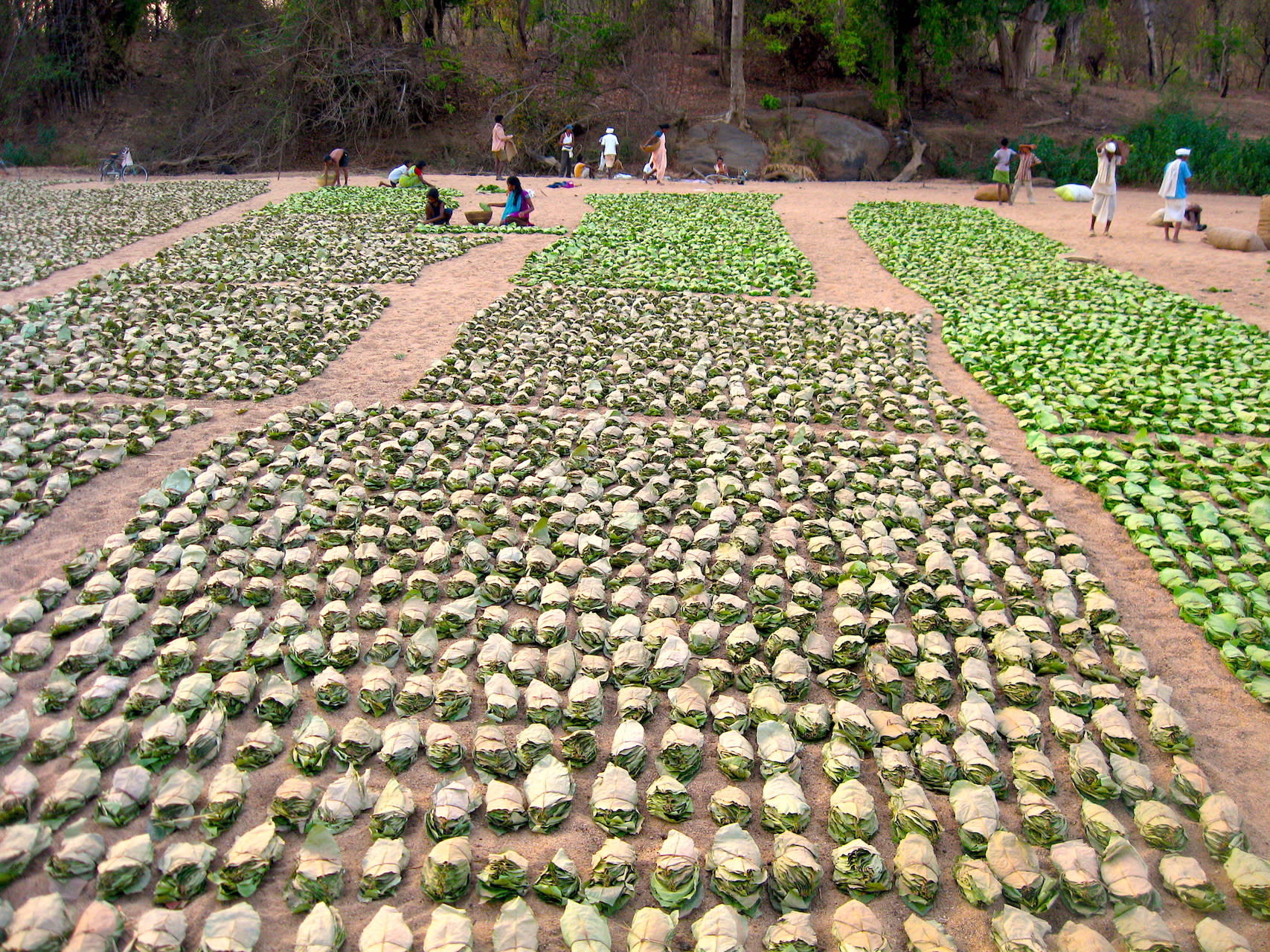 The cost of relocating tribal people, forest dwellers and pastoral communities for biodiversity conservation in India, is projected to be over a thousand times more than the cost of community-based conservation, finds a new report. An estimated Rs. 50 trillion (US$ 688 billion), equivalent to nearly one-fourth of India’s Gross Domestic Product of around Rs. 200 trillion (US$ 2.7 trillion), are required to resettle India’s tribal communities and forest dwellers outside the important biodiversity areas compared to Rs 28.47 billion (US$ 0.39 billion) required for implementing community-led rights-based conservation by recognising their tenure rights on these lands.

The figures have been released by the Rights and Resources Initiative (RRI) in its latest report, “Rights Based Conservation: The path to preserving Earth’s biological and cultural diversity?” on November 30. It emphasises that indigenous and local communities’ role is integral to achieving the United Nations ambitious 2030 targets of having 30 percent of Earth’s surface, across land and sea, as protected areas.

The study emphasises that for achieving the global conservation goals, community-led conservation is the best way forward as over 1.65 billion indigenous people and local communities worldwide, co-exist with biodiversity in areas significant for conservation and thus hold the key to stop the global biodiversity collapse.

It estimated that the cost of displacing and relocating 1.2-1.5 billion people living in unprotected important biodiversity conservation areas across the world range between US$ 4-5 trillion. In comparison, the projected cost of recognising tenure rights of indigenous and local communities is less than one percent.

As per the report, India has the largest number of people who would be affected due to factors such as the coexistence of high biodiversity areas with highly dense population. The second on the list is China. The estimated cost referred to in the report is, however, only limited to the official cost that the government would incur for rehabilitation.

Taking into consideration the projected costs required to settle forest dwellers outside biodiversity areas is important for India where there is regular debate on the presence of tribal communities and forest dwellers in protected areas like national parks and wildlife sanctuaries.

Rights and Resources Initiative is a global coalition for advancing land and resource rights of local communities.

The RRI report calculated the costs by estimating the number of people living in the important biodiversity conservation areas, which were identified in a separate study by James Allan who is part of this study as well, and overlaying it with spatial population data; and then using rehabilitation cost data from different World Bank/IFC (International Finance Corporation) funded projects across the world and taking their average.

The cost highlighted in the report provides a good estimate of the lowest cost required for rehabilitation incurred by the government but doesn’t include the much larger social and cultural costs borne by the communities.

“Indian model of exclusionary protected areas is borrowed from the USA, where indigenous people were evicted to create large National Parks; this model is becoming largely discredited across the world as scientific evidence makes it clear that indigenous people and local communities have lived and nurtured biodiversity, and are often much better at conserving it. 80 percent of terrestrial biodiversity left in the world is now located in indigenous lands,” Kumar told Mongabay-India.

He said that as per their study, India has 270 million living in areas which are important for biodiversity conservation.

“The current model of protected areas based on the exclusion of people is not feasible for effectively protecting biodiversity in India – the huge financial costs make it impossible, even if the cost of human suffering and cultural displacement is ignored,” said Kumar.

A tribal woman cleaning grains in Andhra Pradesh. Photo: ICRISAT/Flickr (Featured image) Cover photo: Tendu leaf is an important component of the non-timber forest products on which the livelihoods of tribal communities and forest dwellers is based. Cover photo: Subodhkiran/Wikimedia Commons

Experts also highlight that forest dwellers are rarely given a choice to make an informed decision about living in or not living in forests.

“If they are being asked to decide with a gun held to their heads, because no matter what they say they will eventually be thrown out of the forests on one pretext or another, then where is the freedom to decide?,” said Sharachchandra Lele, a distinguished fellow at the Centre for Environment and Development, Ashoka Trust for Research in Ecology and the Environment (ATREE).

He also stressed that the claim that co-existence is not possible is based on poor and biased data. “There has not been a single experiment in the last 20-30 years where co-management was genuinely tried out… where the conservationists and the forest department made a serious attempt to try it out,” Lele told Mongabay-India.

In India, over a fifth of the population – an estimated 275 million rural poor including 89 million tribal people – depend on Non-Timber Forest Products (NTFPs) for a substantial portion of their daily household income.

Tushar Dash, an independent researcher on forest rights, said the RRI report reinforces the point that community-based conservation is the way forward rather than taking a fortress approach for conservation which focuses on creating islands for wildlife excluding communities.

”Globally, it is now scientifically accepted that conservation without co-existence with forest dwellers, wildlife populations can’t thrive. In India, the Forest Rights Act 2006 establish this principle that rights of communities need to be recognised in protected areas but in implementation, it has found no support,” Dash told Mongabay-India

Successful community conservation can lead to forest growth
India has about 104 million tribal people which is about nine percent of the country’s total population. They primarily live in and around forest areas and areas that are important from the perspective of biodiversity. Over the past few years, India has seen an intense debate over the role of tribal communities and other forest dwellers in conservation.

The Forest Rights Act 2006 that aims to give tenure rights to tribal people and forest dwellers has itself been a part of the debate during which its abolition was discussed in the Supreme Court. Had the Act been abolished, it would have led to the eviction of millions of people from their homes, for the purpose of biodiversity protection.

“The study makes it clear that exclusionary conservation is not feasible in India … instead landscape and rights-based conservation based on the Forest Rights Act is the only option. Forest Rights Act is one of the most progressive laws in the world for not only redressing historical injustices by recognising forest rights; its also perhaps the most powerful legal instrument available for conservation by enjoining rightsholders to protect biodiversity and by its Critical Wildlife Habitat (CWH Provision),” said RRI’s Kundan Kumar.

He asserted that the “CWH provides for strict, inviolate protection for areas where it can be scientifically proven with rigorous evidence that co-existence of humans with wildlife is not possible at all. Only in that case, it allows removal of people after free, prior and informed consent is obtained.”

“More important, once an area becomes a CWH, it becomes completely inviolate with no human activities allowed; unlike the current practice where people are pushed out in name of conservation, and yet the protected areas are easily diverted for highways, train lines, dams and tourism”

He highlighted that according to RRI’s study, in India, 21.4 percent (62.5 million hectares) of forest and other commons is customarily claimed and accessed by tribal people, forest dwellers or pastoralist communities but less than five percent of this claimed area is recognised as community forests under the FRA 2006. He stressed both communities and conservation groups can leverage the Forest Rights Act to create an upsurge of grassroots ecological revitalisation and restoration while protecting biodiversity on a landscape model.

Experts note that this is despite several successful community conservation cases recorded across India where recognition of community rights over forests has led to a resurgence in protection, conservation and restoration of forests and other commons. In fact, many believe the FRA 2006 is one of the best legal solutions for encouraging biodiversity conservation.

Tushar Dash emphasised that there are many examples across India like Biligiri Rangaswamy Temple (BRT) Tiger Reserve and Simlipal Tiger Reserve where wildlife thrived after recognition of community forest resource rights.

“But despite that, there is resistance from the forest department to adopt it on large scale. The worst part is that those for whom forest laws are changed are never consulted and in fact rights of people are being rejected,” Dash said.

“These villages secured community forest rights, including community forest resource rights. They first focussed on the harvesting of bamboo, as they had got ownership rights on all minor forest produce and did a business of Rs 3.12 crores, from which they paid Rs 1.62 crores to villagers as wages. These gram sabhas (village councils) also prepared their management plans with a view to managing, protecting and regenerating forests of their CFR areas. The gain from the bamboo sale had an electrifying effect on the people of these as well as neighbouring villages, who are encouraged to protect and regenerate more and more bamboo and other MFPs. Such examples of realising economic benefits have a direct positive impact on forest growth,” she told Mongabay-India.