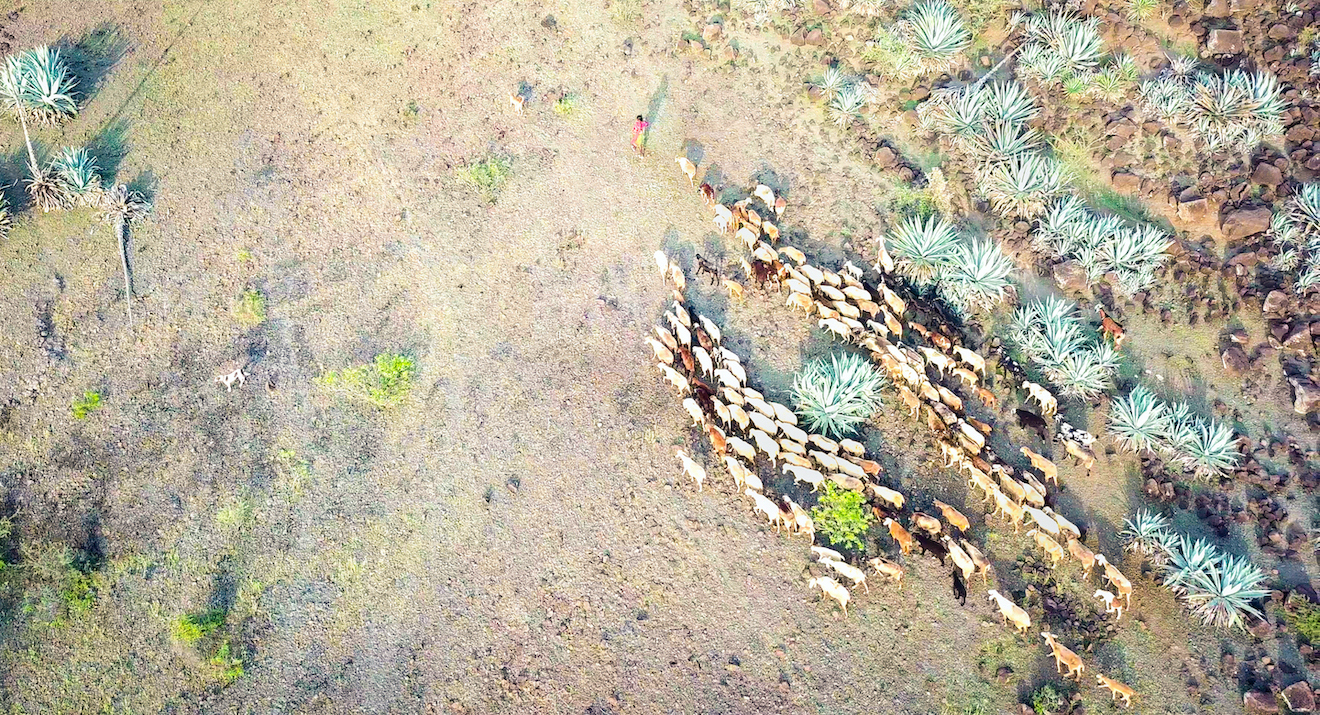 “People think this is wasteland and they can do anything here,” says a somewhat frustrated 28-year-old Shrikant Suresh Phadatare, who works as a sculptor in Bopdev Ghat, Saswad in Maharashtra. In 2019, during Diwali, Shrikant met a couple who were out on the grassland for a joyride at night. “They had lit a sky lantern which is a fire hazard in this dry scrub forest area. They didn’t know that this area harbours a lot of animals and trees and how bad a fire could get. To them it was just an empty stretch of land,” he added. Shrikant is worried about the fate of the vast grasslands of Saswad, as fewer people his age are there to protect it, with more and more moving to cities from their village homes, often in search of financially lucrative white-collar jobs.

Saswad’s dry, deciduous grasslands are breeding grounds for a number of small to mid-sized wildlife, despite being labelled “semi-arid wasteland” by the revenue department of the Maharashtra government. Ecologists estimate that the mosaic grasslands of Maharashtra’s Saswad, interspersed with farming and human settlements, cover an area of approximately 6,000 sq. km from Saswad to Indapur. The traditional way of making a livelihood here has been sheep herding, and farming in small land holdings.

The Saswad grasslands may seem barren, but this dry, deciduous, scrubland is teeming with small to mid-sized wildlife. Photo: Mihir Godbole During winter Dhangar shepherds migrate from Saswad to the Konkan with their goats, sheep, and horses. Cover Photo: Mihir Godbole

Like Shrikant, Anil Pawar, a 22-year-old electrician, has an emotional connection to the grasslands he has grown up around. Anil lives in Saswad and I met him when I visited the area with a team of volunteers tracking the Indian grey wolf. The dwindling number of animals in the grassland and scrub forest has been a matter of concern to this young man, who keeps an eye out for wolf and hyena dens and informs the team of volunteers tracking them. But the Indian grey wolf, the apex predator of the Saswad grassland, is not the only animal that calls this area home. “Chinkara, monitor lizard, hyena, wild boar, fox and a variety of birds can also be seen here. It’s a thriving environment,” Anil tells me.

When we meet, Anil is helping track a pack of hyenas he spotted a few days earlier. We climb up a short hill at sunset, which is when the nocturnal hyenas are expected to move around. The hills are covered with beautiful, but deceptively sharp, yellow grass and give us a 360-degree-view of the area. Anil crosses over to the adjacent hill, skirting the ridge silently to check if the hyenas are in or around their den. He finds fresh scat, but the hyenas have moved on, probably alerted by our approach.

Farmers allow shepherds to camp in their fields after a crop is harvested. The sheep graze on leftover crop stubble and the dung and urine they deposit enriches the field with natural fertiliser. Photo: Mihir Godbole

Threats to the grassland ecosystem

Both young men are concerned about the changes that threaten the unique ecosystem of the grasslands — from climate change affecting crop patterns to the fencing of grazing areas for bungalow plots. Infrastructure projects like major roads and highways may lead to better connectivity, but they also fragment animal corridors and cause habitat loss. There is also the prospect of a new airport coming up in Purandar near this area that will endanger the entire grassland ecosystem.

With increasing irrigation, agriculture and grazing pressure the grasslands are a threatened ecosystem, says Ovitla Langda, a study on the grasslands and the symbiotic relationships it harbours. Pastoralists form about 7 per cent of the population and contribute significantly to the GDP. The Planning Commission report of 2011, states that India’s pastures have reduced from 70 million ha in 1947 to 38 million ha in 1997. Further, grazing lands are also planted with invasive species which cannot be eaten by the livestock thereby decreasing the productivity, the study reports.

Changes have already started to show. Habitat loss in grassland areas has led to some unusual activities. “Leopards have been sighted in my village as well as wild boars,” says Shrikant. His father is a farmer who cultivates wheat, jowar, and peas. His crops were ravaged by wild boars at night recently. “The forest department isn’t really interested in looking into the core reason why this is happening — habitat loss due to divided corridors is forcing these animals to move to newer areas and upsetting the balance of the ecosystem.”

Leopard presence also leads to habitat loss for the Indian grey wolf, a Schedule I species, whose exact numbers are unknown. Mihir Godbole of the non-profit Grasslands Trust which is tracking wolves in the region, pegs it at 2,000-3,000 across India.

The government push for the plantation of cash crops like sugarcane and cotton in these areas also leads to an increase in the leopard population. “Sugarcane fields give excellent cover to the leopard who hunt livestock and dogs,” says Saili Palande-Datar, an ecologist and researcher with the Ovitla Langda study and associated with Kalpavriksh, an environmental organisation. While these crops do not grow naturally in this dry, arid region, improved irrigation techniques have made it possible.

With crop patterns changing due to unpredictable monsoons, many locals are moving to jobs in the city. Shrikant, who helps out his farmer father finds this dismal. “If traditional professions like farming reduce, it will lead to the scrub forest disappearing,” he says. Godbole thinks that the biggest change in the region is agriculture slowly becoming unsustainable and farmers selling their land for housing and industrial projects.

A typical Dhangar man in a turban. This is a community whose lives beautifully intertwine with nature. Photo and Video: Mihir Godbole

Their livestock includes sheep, goats, and horses, the latter looked after by Dhangar women. Fodder for the livestock herded by the Dhangar shepherds comes from the grasslands. Palande-Datar believes the changing circumstances in the area could have an impact on the entire ecosystem because even the herding has always followed a cycle, ensuring a balance in natural resources.

“For generations, Dhangars have migrated annually across this region, with their indigenous dakhni sheep. This variety of sheep doesn’t need much water and can sustain severe drought. In order to balance the availability of resources, the Dhangars graze their sheep in the grassland area from June to Dussera and Diwali time (approximately September or early October) and then migrate to the Konkan area,” according to Palande-Datar.

Manure from the sheep helps to replenish the nutrients on agricultural land during crop change cycles. In return, farmers provide them with hay for their livestock.

Shrikant Phadatare is one of the few young men from the Saswad grassland area trained to track wildlife presence and movement. He works away from the village but returns often to monitor wildlife. Photo courtesy: Shrikant Phadatare

The livestock in this region is easy prey for the Indian grey wolf, but researchers and volunteers working in the area say there is not much conflict or enmity among the grassland’s human inhabitants and its apex predator. “The Dhangars say that the wolf takes away their sick animals and this way, the herd is pruned. Also, the loss is not that great, and amounts to only 5-7 sheep a year, which is manageable for them. The wolf keeps them on their toes too (in fact they have a song in their folklore on this) and in this way, there is no conflict, but a sort of coexistence,” says Palande-Datar. With several poultry farms in the vicinity, a lot of poultry carcasses are dumped in this “wasteland” area, which keeps the wolves and other animals well fed.

Nilesh Gaikwad, 21, whose family grows pomegranates and custard apples on a farm adjacent to the grassland, concurs. “Until recently I saw a pack of six wolves here,” says Nilesh, who adds that there hasn’t been much human-animal conflict in the area, though some shepherds do destroy wolf dens.” We have all coexisted always, though the wolf does feed on livestock especially of the Dhangars.”

But there is never any retaliation, he says. “The wolf is not perceived as a threat for the area. The constant development and road building work is.”

Nilesh believes education and awareness is a good thing. “When children of farming communities from our area are educated, they realise the value of the scrub forests, and that even wastelands harbour so much wildlife.” He believes it could lead to less poaching and hunting. Porcupines are abundant here and are often poached for their meat. Since their dens look similar to that of hyenas, it leads to the latter losing their homes.

Palande-Datar has seen a fallout when children from the Dhangar community have been educated and chosen to abandon the traditional profession. “The government needs to find a solution where the Dhangars can be modernised without displacing the community’s traditional habits,” she believes.

Godbole thinks that in the long run, non-profits like the Grassland Trust could work with local communities and younger people like Shrikant, Nilesh, and Anil for wildlife conservation. But he reiterates that for the grassland ecosystem to maintain its balance, traditional livelihoods like shepherding, agriculture, and even animal husbandry need to be sustained. “These provide alternative sources of food (sheep, goats, animal carcasses) and water to the grassland animals like wolves and hyenas and also create microhabitats for lesser animals. Locals moving away from these professions means opening up this land for development, which will lead to habitat destruction.” 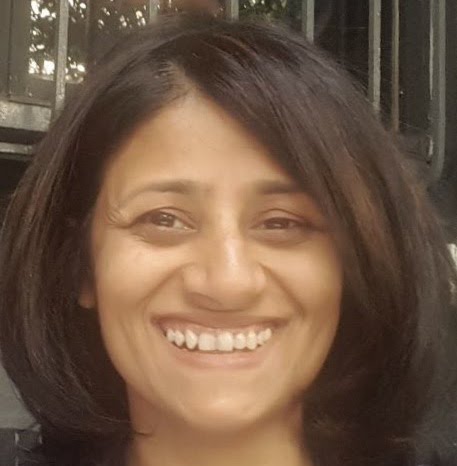 is a freelance journalist from Pune. She loves to travel, read everything she can lay her hands on and is trying in vain to get over her Netflix and Twitter addiction.