Don’t let the pretty blossoms fool you. The golden shower is a vigorously proliferating invasive species that has become a serious threat to critical wildlife habitats in the Western Ghats 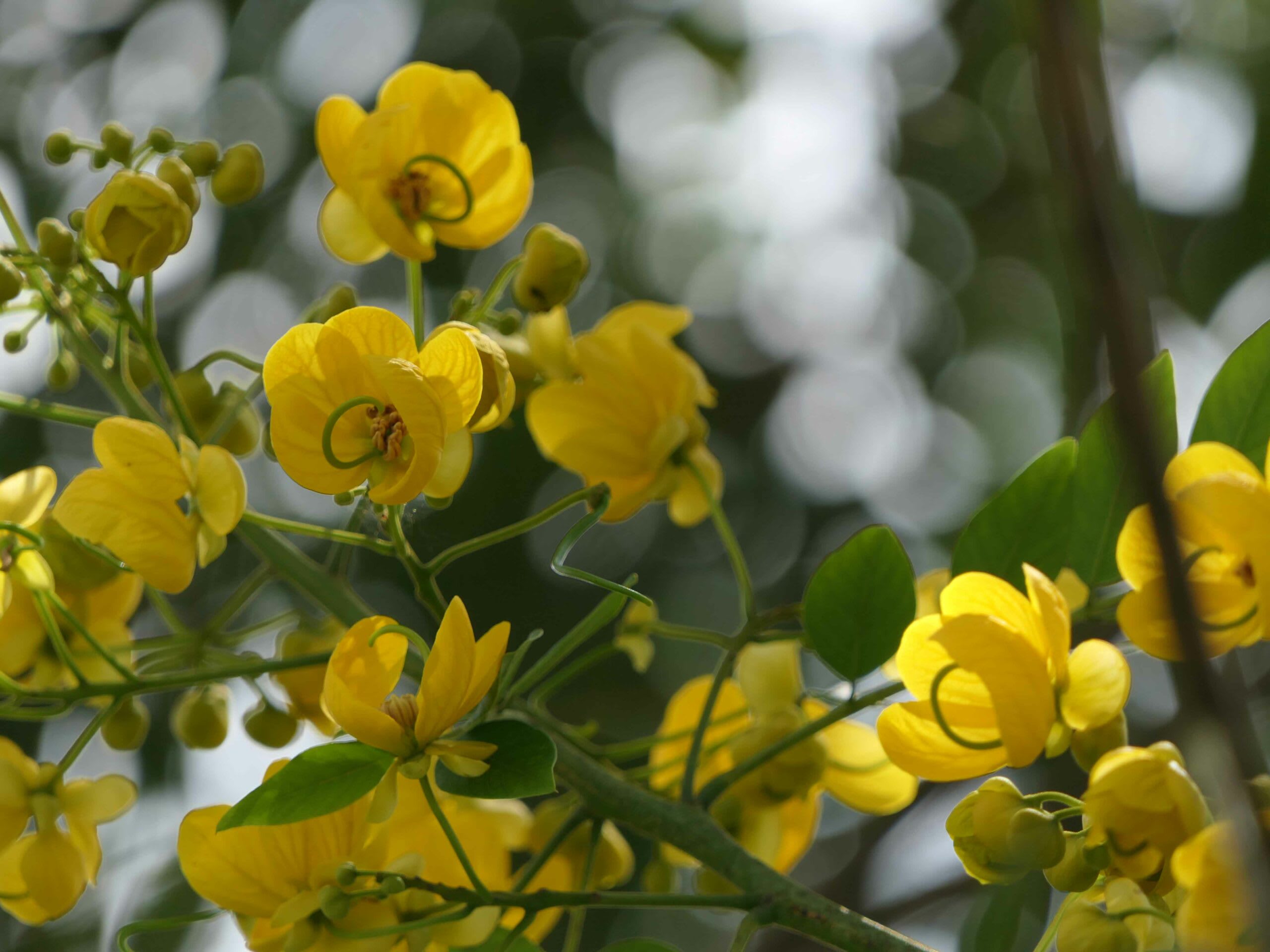 Seeing a bull elephant graze among the thickets of a tropical jungle is a riveting experience. If one were to witness this during the peak of the southwest monsoon, with the dark skin of the jumbo contrasting against the greenery, the scene becomes even more enchanting. In many parts of the Western Ghats, brilliant yellow blossoms of the golden shower (Senna spectabilis) tree adorn the scene. However, one should not be deceived by this charming sight. The golden shower is a vigorously proliferating invasive species that, as we now realise, has become a serious threat to critical wildlife habitats in this landscape.

Senna spectabilis, a small tree native to tropical America, was introduced to southern India as an ornamental plant in botanical gardens. It found its way to the Wayanad district of Kerala during the early 1980s when the plant’s seedlings were raised by the social forestry wing of the state forest department for planting them as avenue trees. A few seedlings from the nursery were planted in forest office compounds at Muthanga and Tholpetty. Gradually, the golden shower tree got naturalised in the area and entered the surrounding forests. It was noticed to be regenerating profusely about 25 years after its introduction in Wayanad. In 2012, the state forest department realised that the tree threatens native biodiversity and initiated actions to contain its spread.

Seen here growing as an avenue tree in the Nigiris, the Senna spectablis is also known as the golden wonder tree, American cassia, popcorn tree, Cassia excelsa, golden shower tree, or Archibald’s cassia. Photo: PA Vinayan
The Senna spectablis is a plant that is native to South and Central America. It has bright yellow flowers that bloom in summer. The fast-growing ornamental plant has turned invasive in parts of Africa, Australia, and South Asia, suppressing the regeneration of native trees. Photo: Dinesh Valke, CC BY-SA 2.0

The Kerala Forest Department attempted to remove the trees by uprooting, girdling, cutting, chopping the tree branches and even tested the application of chemicals. However, none of the management efforts succeeded in stopping or even limiting the spread of the golden shower tree. Instead, multiple coppice shoots started growing from each cut tree stump. To make things worse, when the overstorey opened up, a large number of seeds of the invasive started germinating. Thus, the management efforts only resulted in increasing its density and spread. A single golden shower tree produces a huge amount of seeds every year. Researchers counted 1,024 seedpods on a mature tree in the Wayanad Wildlife Sanctuary. One seedpod contains more than a hundred seeds. This means a single mature tree can potentially produce over one lakh seeds a year. A short lifecycle, coupled with massive fruiting, lets it grow extremely dense in a very short period. A recent study published in the journal Biotropica has reported that native mammals disperse the seeds of the golden shower tree in the Wayanad Wildlife Sanctuary. During this study, researchers observed elephants, chital, and porcupine feeding on its seedpods. More than 2,000 seeds were counted in a single elephant dung pile! 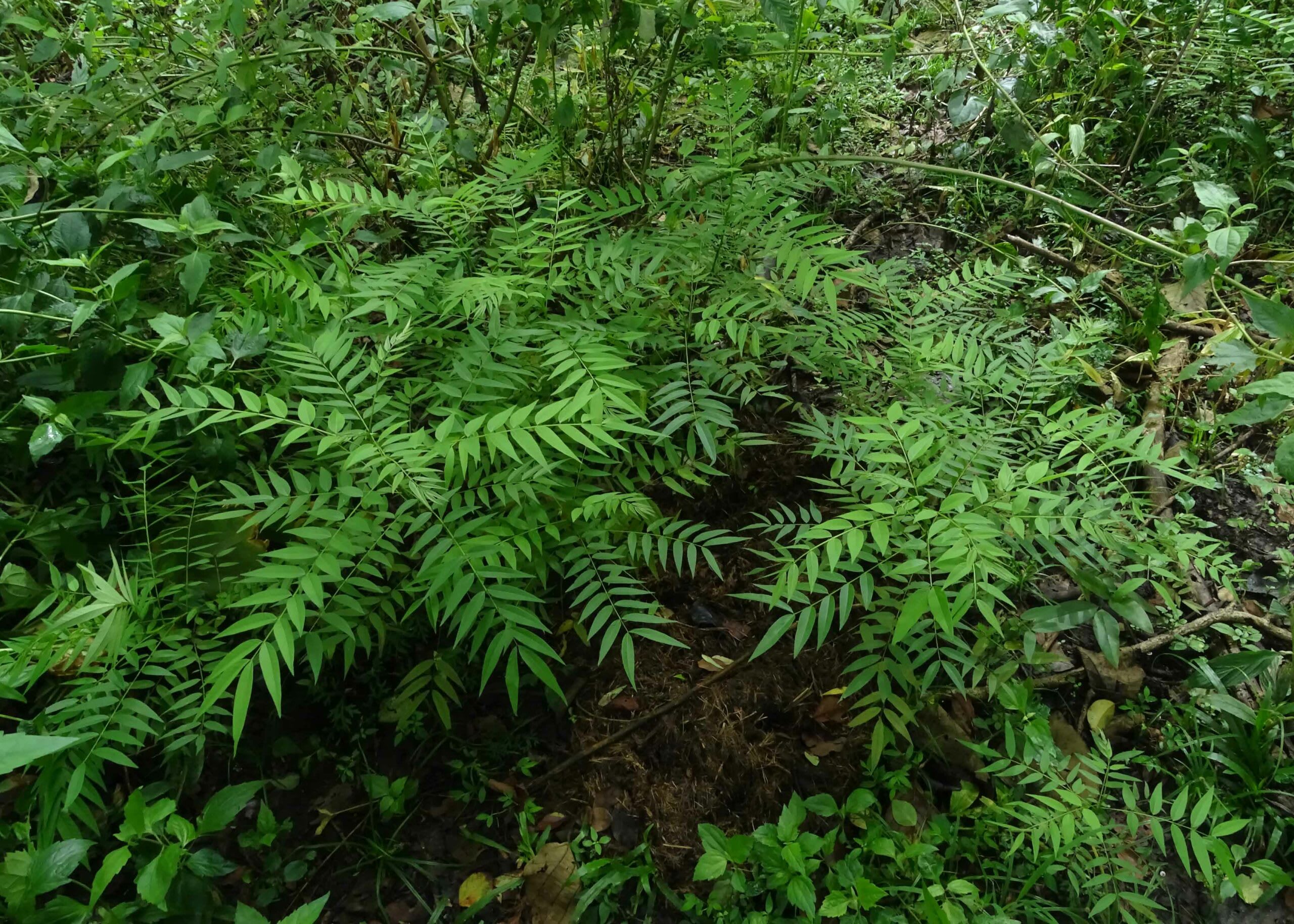 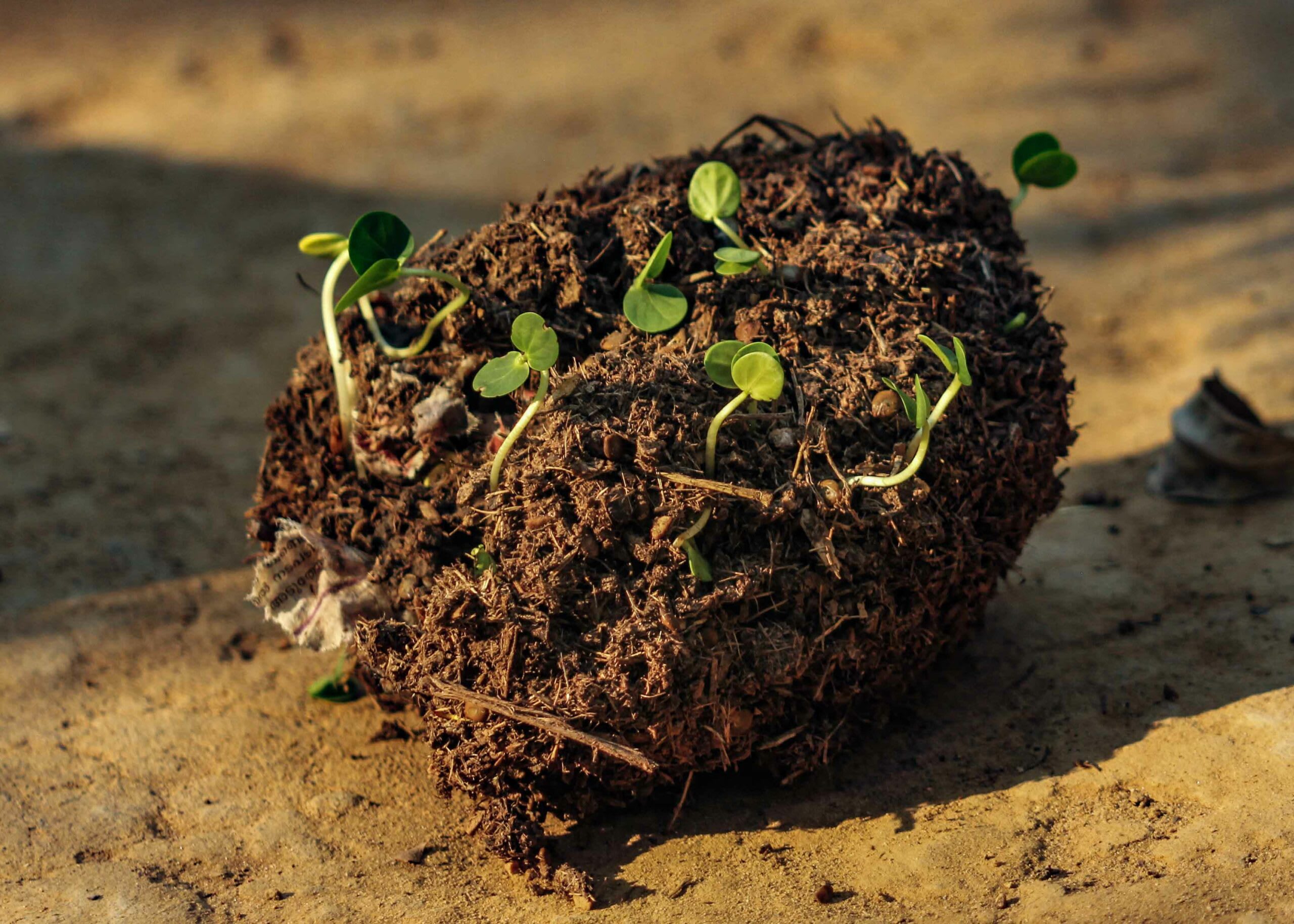 (Left) The Senna spectablis takes about three years to grow from a sapling into a tree, after which it starts flowering. (Right) Researchers recently discovered that native mammals disperse Senna spectabilis in the Western Ghats. The elephant, whose dung facilitates the germination of the plant, is a primary disperser. Photos: PA Vinayan (left), NR Anoop (right)

Potential of future spread
In 2012, when the golden shower tree was identified as a threat, it occurred sparsely (on less than 15 square kilometres) in Wayanad Wildlife Sanctuary. By 2020, the invasive spread across 78 square kilometres, and the area has become impenetrably dense with its growth. If urgent action is not taken to contain its spread, this invasive tree has the potential to cover the entire sanctuary, very densely, in the next 10-15 years. Being a fast-growing tree species, it can grow taller and denser than other invasive plants like lantana and eupatorium.

Conservationists fear that this invasive tree is spreading at about the same rate in the adjacent Bandipur, Nagarhole and Mudumalai Tiger Reserves of the Nilgiri Biosphere Reserve (NBR). The spread of the golden shower tree in southern India is not restricted to this region but is visible in many pockets of the Western Ghats, including the Bilgiri-Rangan hills, Malai Mahadeswara hills, Bhadra Tiger Reserve, Periyar Tiger Reserve, Meghamalai Tiger Reserve and Coimbatore Forest Division.

Invasion of Senna spectablis in the Western Ghats and the resulting depletion of native vegetation is likely to push wild animals such as the elephant out from their habitats and increase human-wildlife conflict. Photo: PA Vinayan

Degrading wildlife habitats
Herbivorous mammals do not feed on its foliage because it is unpalatable. Numerous insect species act as its pollinators and many mammals disperse its seeds. This species’ allelopathic traits (beneficial/ harmful effects of one plant on another) prevent other plants from growing under it. It is a form of chemical warfare where the leaves the plant sheds decompose and change the chemical composition of the soil, rendering it unsuitable for the growth of other plant species. This drastically affects the ground level productivity of forests, and herbivores are deprived of their forage.

Impoverishing communities
The golden shower invasion has disturbed the relationship between people and forests. It has affected the supply of non-timber forest products, edible berries, mushrooms, and tubers. Pasture availability for cattle has significantly reduced and soon become affected. Moreover, human-wildlife conflict has escalated in forest villages. 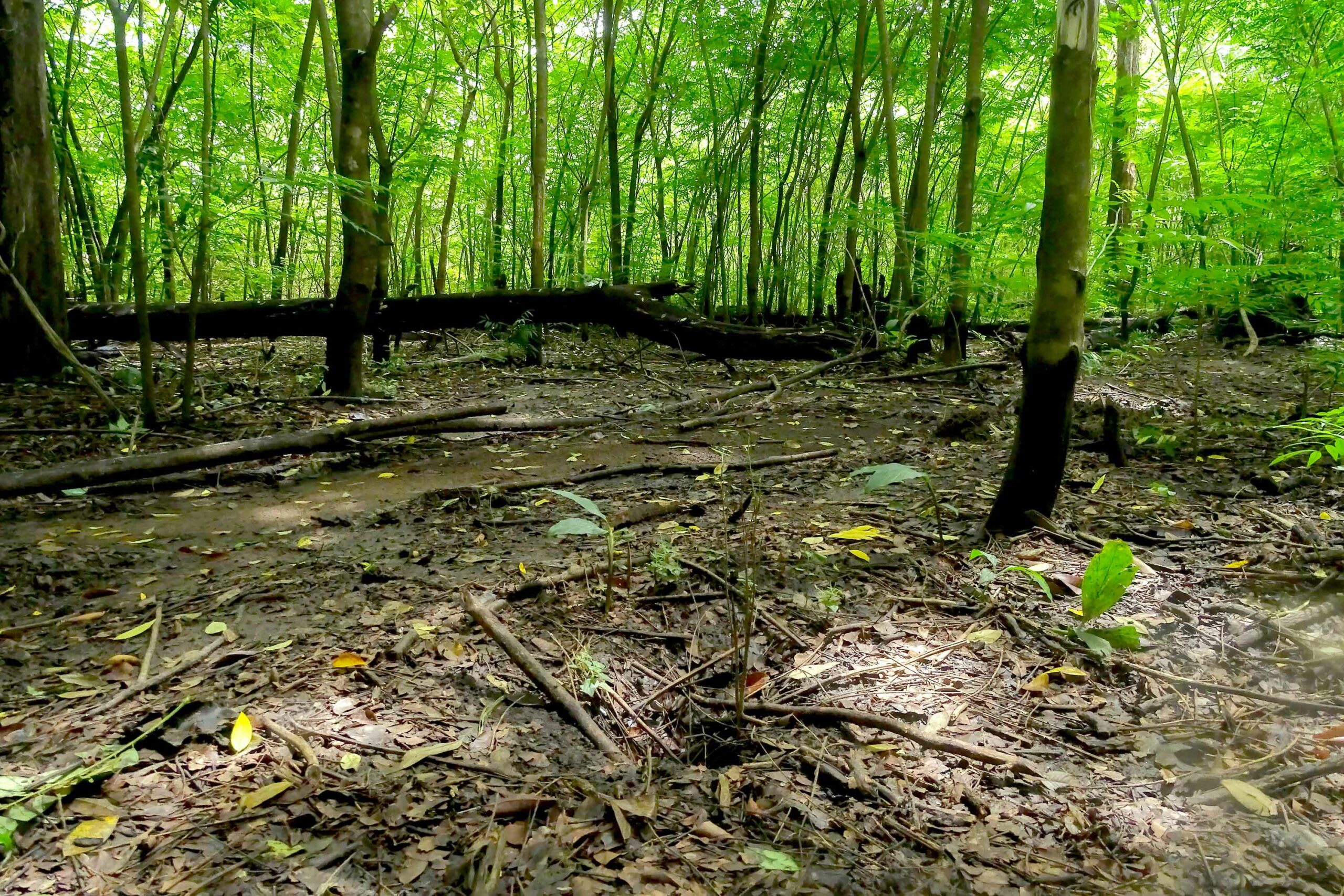 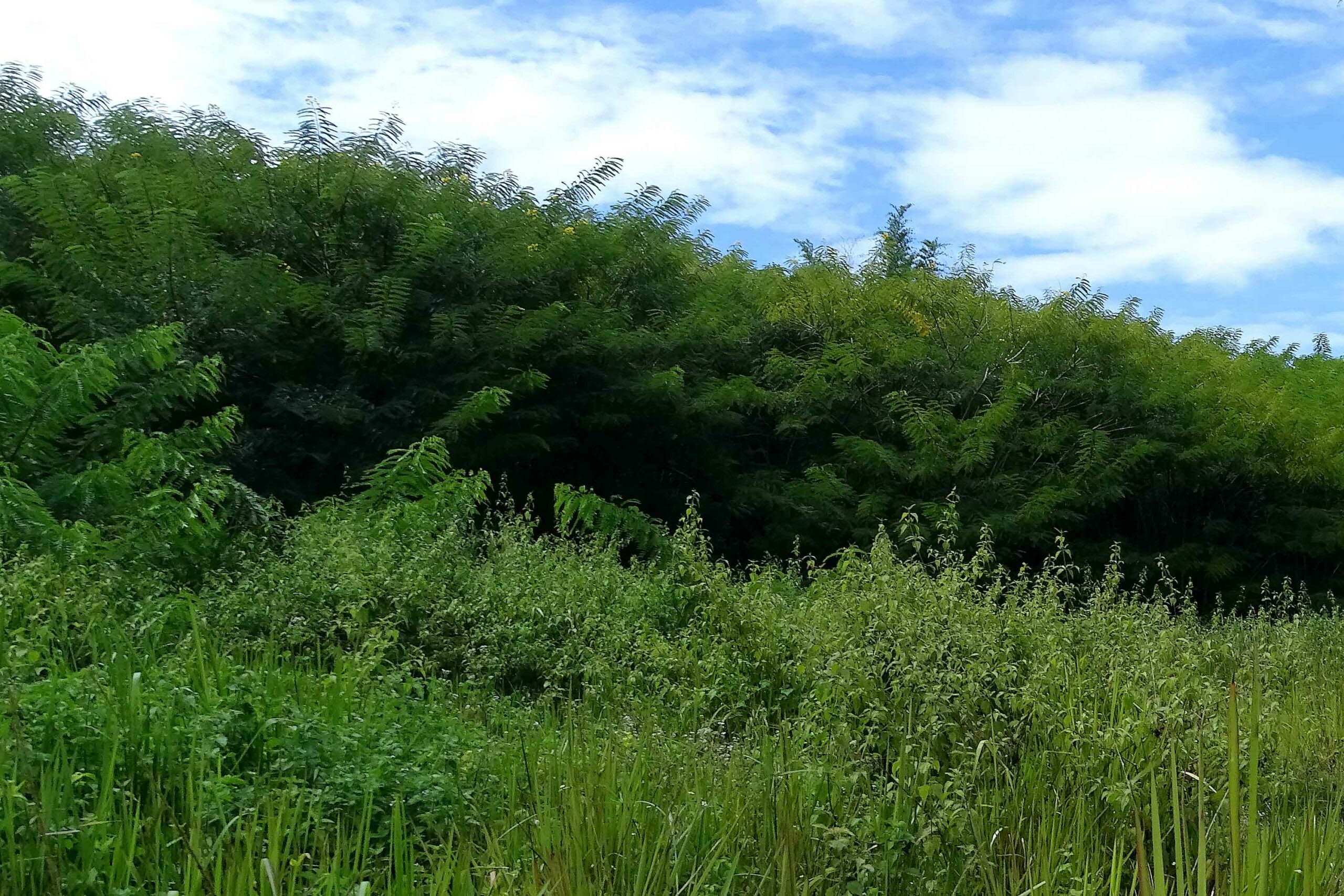 (Left) Senna spectablis inhibits the growth of other vegetation under it by employing a form of chemical warfare known as allelopathy. (Right) Senna spectabilis has spread rapidly in the period from 2010-2020 in the Wayanad Wildlife Sanctuary, replacing native vegetation and reducing their regeneration. Photos: PA Vinayan

Managing the issue
It is evident from previous efforts to manage invasive plants that there is no easy way out of this tangle. Removal is the only way to contain its wild spread. We need to remove all mature trees and seedlings promptly and completely. However, the removal of this tree could be an open invitation for other invasive plants like lantana. To prevent this, active eco-restoration operations are essential after removing golden shower trees.

State forest departments and conservation organisations have initiated steps to remove golden shower trees in many parts of NBR, but most of these efforts are sporadic and disconnected. To control this invasion successfully, the forest departments and NGOs working in Karnataka, Kerala, and Tamil Nadu need to make a coordinated effort on a war-footing. Preventing the golden shower tree’s spread must be prioritised to save the Western Ghats landscape. 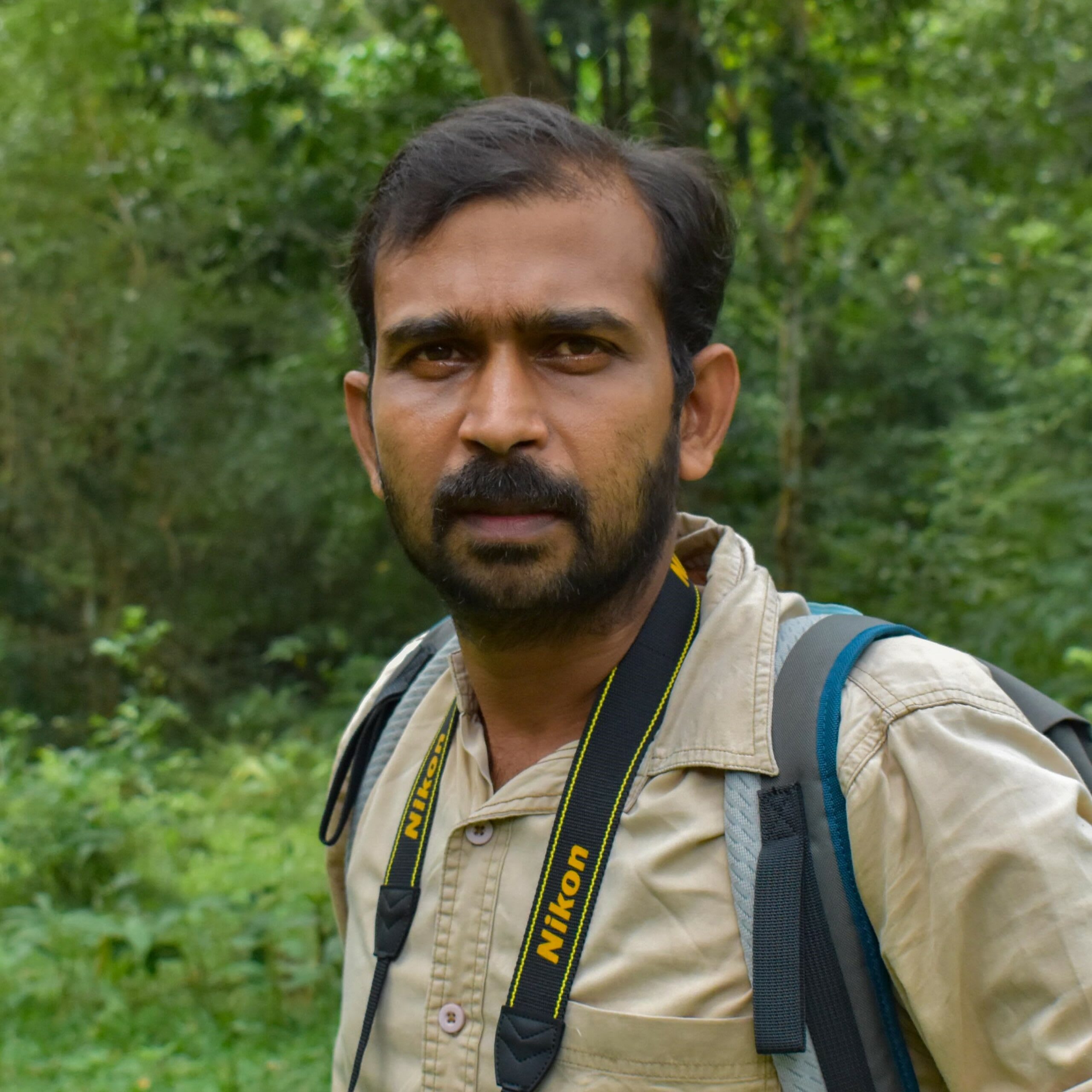 is a researcher based in Wayanad, passionate about studying landscape ecology and doing ecological restoration. He is an executive member of the NGO Ferns Nature Conservation Society in Kerala.