Gone Too Soon: A Tale of the Central Himalayan Langurs of Uttarakhand

Is there a way out of the human-langur conflict in the Garhwal Himalayas?

The missing patch of fur on her head always makes Tashi stand out from the rest of her troop. It is not the only unique thing about Tashi, she also shares special relationships with the infants of the troop. She is truly a distinctive personality in this wild troop of central Himalayan langurs (Semnopithecus schistaceus) I am observing in Mandal valley, Chamoli district, Uttarakhand. Tashi seems to be every langur infant’s favourite aunt, because of the way she takes care of them — a bit differently from the way their mothers do. Shakti’s infant is most beloved to Tashi, maybe because it is her sister’s first offspring. Innocent four–year-old Tashi’s world revolves around playing with infants and grooming (removing lice from the fur) her mother and sister.

29 October 2017
It was a beautiful sunny morning, after the previous night’s heavy rainfall. This first winter rain resulted in a further dip in the temperature. Fuelled by the morning sunlight, birds were chirping. The sun’s rays formed a spectacular mosaic of shadow and light. Rain-soaked langurs scattered on the cliff, their colour resembling a silver castle glittering in golden light. 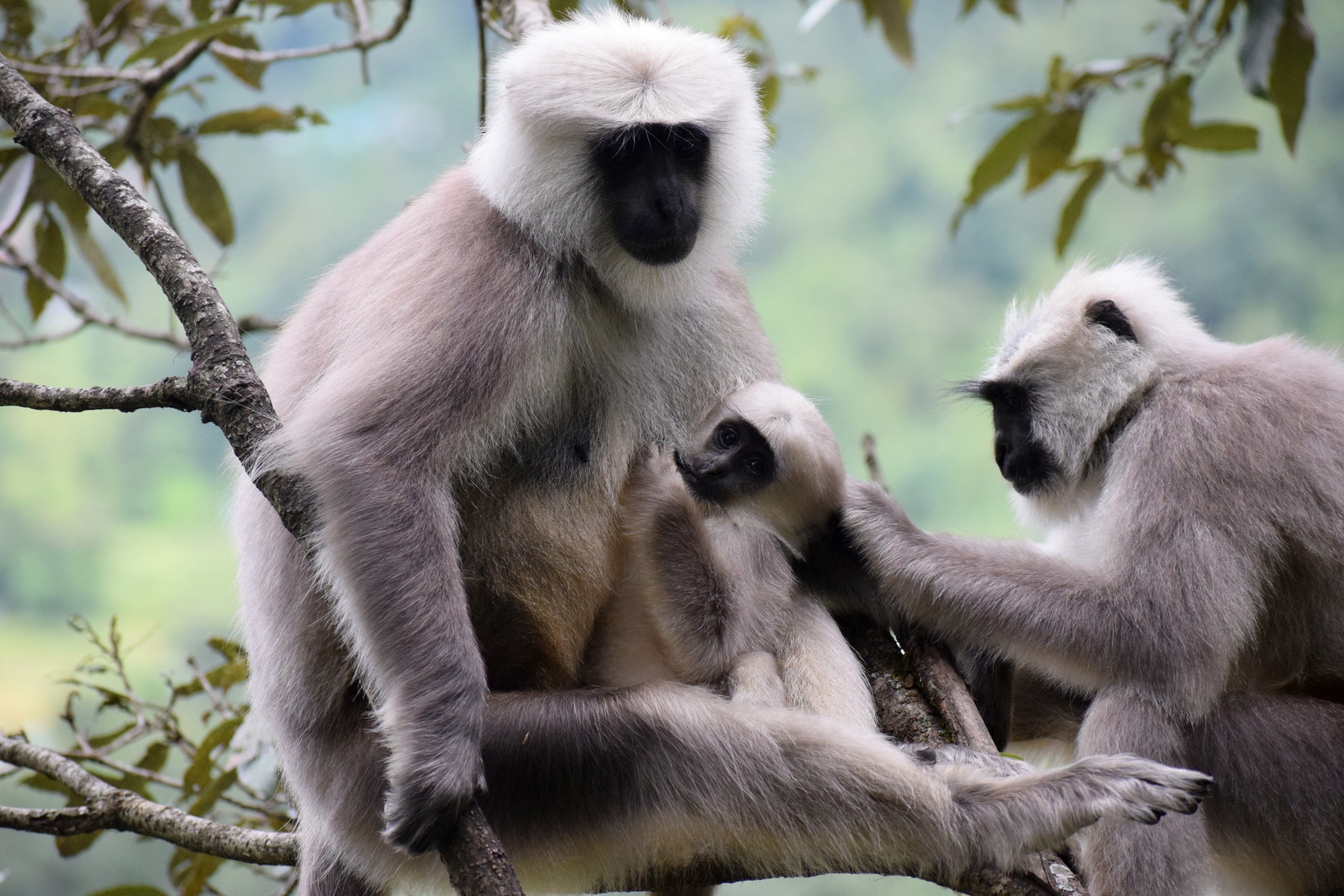 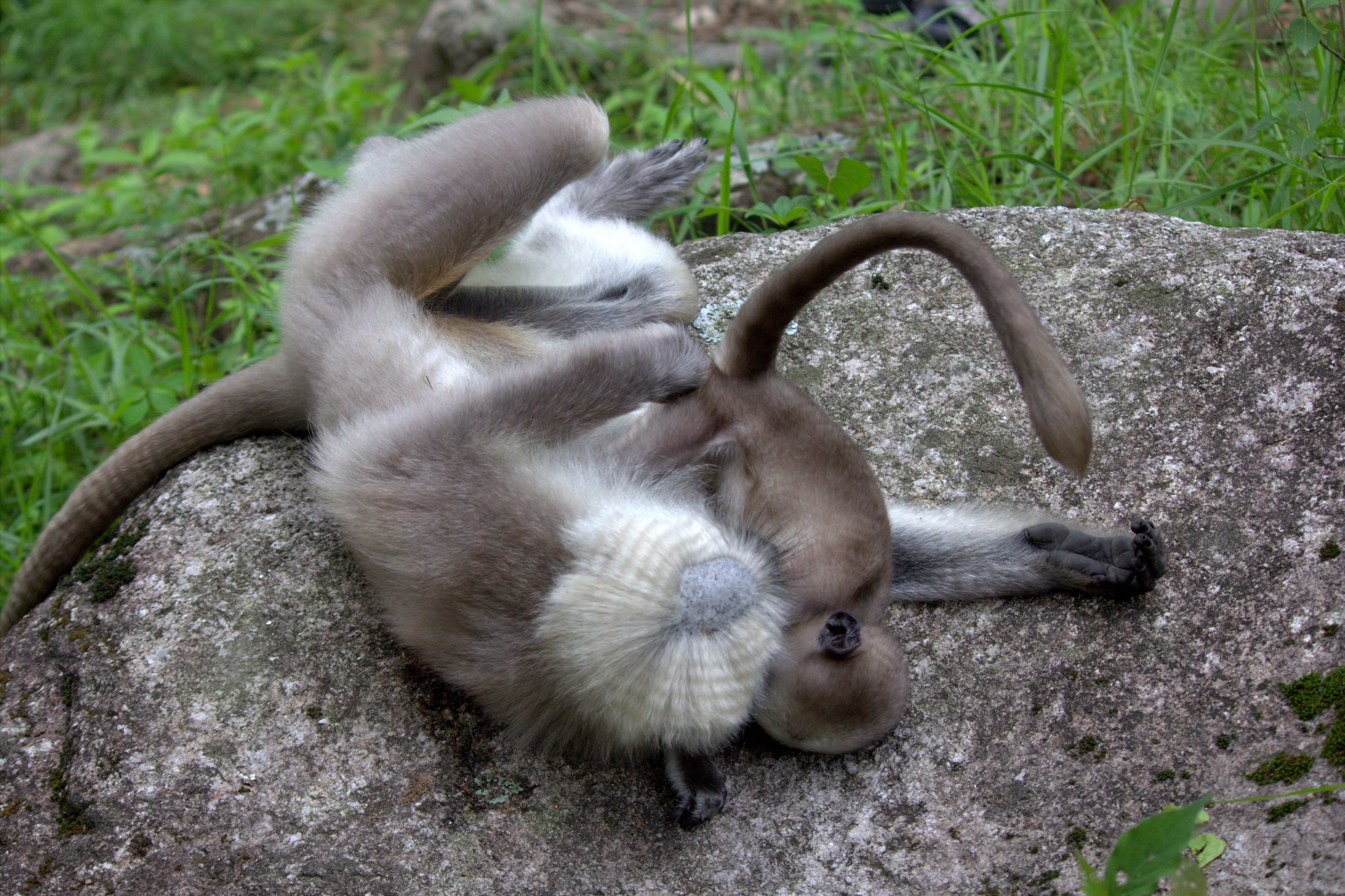 Four-year-old Tashi (right) spends hours grooming her sister Shakti, and never misses an opportunity to play with the sister’s infant (below). Photo (left): Himani Nautiyal, Photo (right): Adit Somani For these central Himalayan langurs, each day in the Mandal valley begins with long socialising sessions. In the foreground, Tashi cares for her sister’s infant, while her sister grooms their mother (extreme left). Cover Photo: Himani Nautiyal

Tashi kick-started the day by assuming a funny posture: she was basking in the sunlight, with her legs spread towards the sun and eyes closed. The hailstorm and rain from the previous night meant that the troop had not fed properly. They now awaited the call from the adult males who had gone down to the valley. If a location is risky, a few adult males will often go ahead for a safety-check, and the troop follows later.

Perhaps because they were hungry, the troop entered an area they normally avoid: a short route to reach the other side of the valley, passing through a human settlement. I was a bit concerned about their move because the last time they had entered this location, they had lost one individual due to harassment by dogs and people. On this day, they took the risk again, probably under compulsion of hunger, forgetting the dreadful experience from just five months ago.

While infants and juveniles play around her, Tashi stands on guard, so she can warn them if any humans or dogs approach. Photo: Himani Nautiyal

Corridor of death
The shorter route was something like a death zone for langurs. First, the corridor lies right in the middle of a human settlement, which makes langurs vulnerable and easily visible to residents and their domestic dogs. Second, a huge part of the corridor has a gap in the canopy i.e. there are no trees, due to the construction of houses. Third, it is a very busy trail, which leads to Siroli village and Anusuya temple. The history of this particular location is steeped in stories of death of many langurs, at least seven that I know of. According to villagers, in 2014, six langurs died in a single incident, as they ended up getting stuck in wire fences and were later killed by dogs.

I felt a shiver run down my spine when I saw the troop’s adult males moving towards the corridor of death. I had a bad feeling about it, as I observed the individuals sitting on the cliff, waiting for a suitable opportunity to cross the valley. Suddenly, a few sub-adults including Tashi, came running down the cliff and entered the dreaded zone. As soon as they entered, three dogs spotted and chased them. They ran for their lives, seeking cover in a small, isolated ficus tree. Alerted by barking dogs, a person from a nearby house saw them trapped in the tree and started throwing stones at them. Even though the langurs were not destroying anything from his house or from the agricultural fields, he continued aggressively throwing stones at them. I asked my field assistant Prabhat to go and check if everything was okay, but he thought it was not necessary as all the langurs who had entered that location had now returned back to the cliff. Five minutes after the langurs had returned, we heard sounds of people chasing langurs and ferocious barking of dogs from the village. At that point I insisted that Prabhat go check, in case any langur had been left behind. One minute later, I heard Prabhat screaming “Himani, come here fast!” His distraught voice told me something terrible has happened. Fearing the worst, I ran towards the location. When I reached the spot, I couldn’t believe my eyes. The scene made me stop dead in my tracks, shocked to the core. I helplessly watched the dogs tear apart and feed on Tashi’s body.

Langurs like Tashi have fallen victim to dog attacks after getting stuck in the barbed wire fences in the village. Photo: Himani Nautiyal

One local boy who had witnessed the whole incident related the details to us. Tashi ended up stranded on the small ficus tree, surrounded by three dogs, while some people were pelting her with stones. She panicked, and without any connecting trees to jump onto, she decided to jump onto the sharp barbed wire fence, and got stuck in it. As she struggled to free herself from the fence, three hungry dogs seized and killed her instantly.
Later I noticed, another adult female, Abhi, sitting on the tree behind me and crying her heart out, upon witnessing the dogs tearing apart Tashi’s body. She had probably come along with the adult male earlier. With all the drama unfolding, I realised that the troop had separated into two. Few of the adult females accompanied by four adult males were on the other side of the valley, and the majority of the troop, along with two adult males were on the same cliff location from the morning.

United again
The feeling of helplessness and my inability to save Tashi has still not yet sunk in. It is hard for me to accept that she is not with us anymore. For almost 30 minutes that day, I watched the dogs feed on Tashi’s body. There was sadness in the air, a silence broken only by Abhi’s cries from the other side of the road, as she mourned her lost friend. While I was watching Abhi, I noticed an adult male, Nati, silently move towards the cliff. Another adult male, Hari, joined him to take Abhi and other adult females safely back to the cliff. Whenever I see adult males of a troop taking responsibility for other individuals in hazardous situations, my respect towards our distant relatives grows. All of them finally reached the cliff and the troop was reunited. I am sure the troop must feel sad and empty without Tashi, especially her sister, mother, and all the infants she nurtured. We humans are not the only ones who feel for our loved ones. 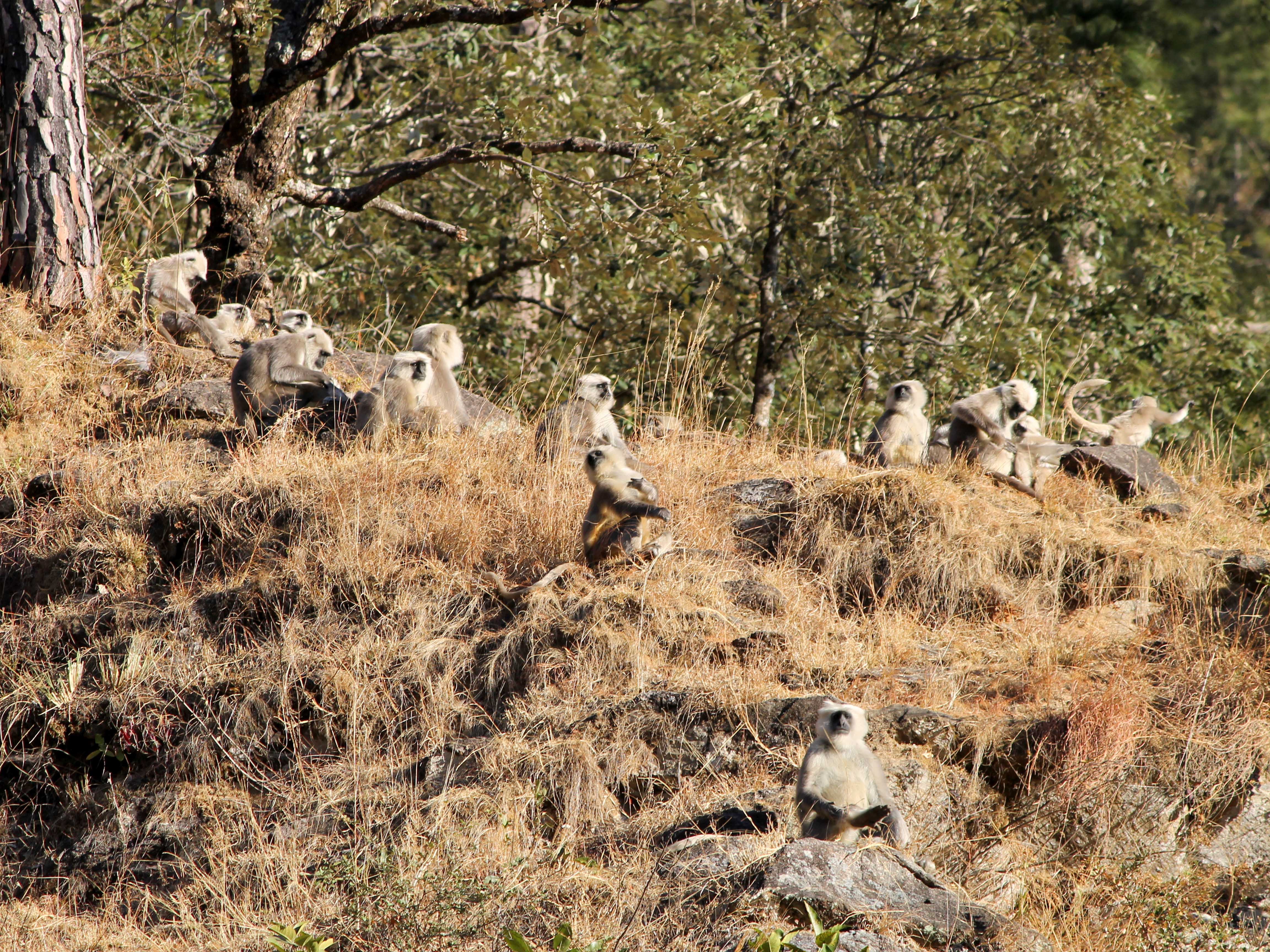 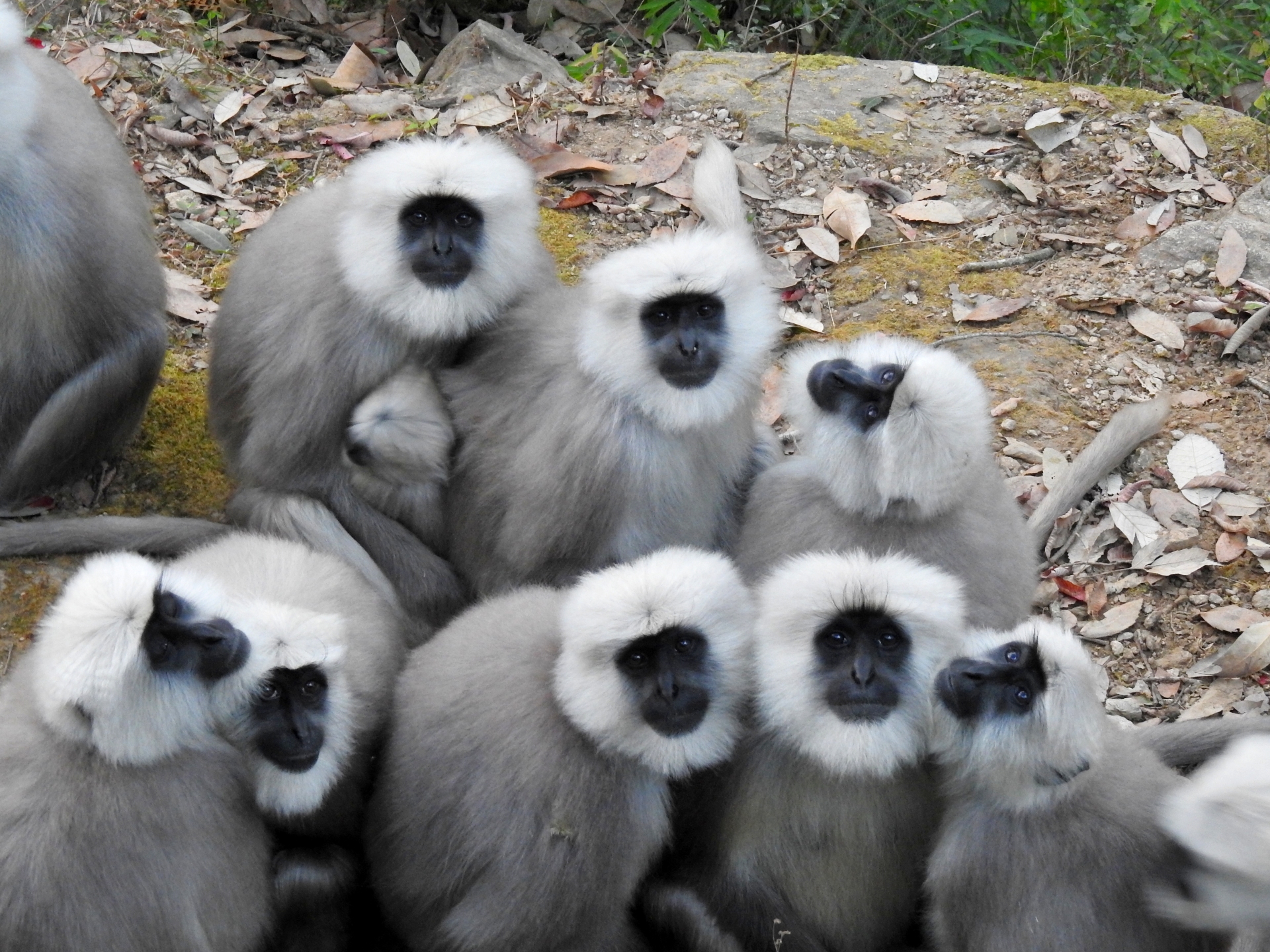 Destruction of their natural habitat and competition with humans for food has put the future of the Himalayan langur in peril. Photos: Himani Nautiyal

Lesson learned
Every disaster has a silver lining and teaches us important lessons. As I thought about how we could avoid future fatalities in that corridor of death, my field assistant Harish came up with a simple but efficient idea of planting some trees to fill the gap in the canopy, which would allow langurs safe passage through the area. Another lesson we learnt, was the urgent need to accelerate our community awareness and outreach programs to make locals more sensitive and tolerant to the presence of langurs, and to encourage them to coexist peacefully. Even though we were sad, we were also determined to find a solution and a truce between local people and the surrounding wildlife. 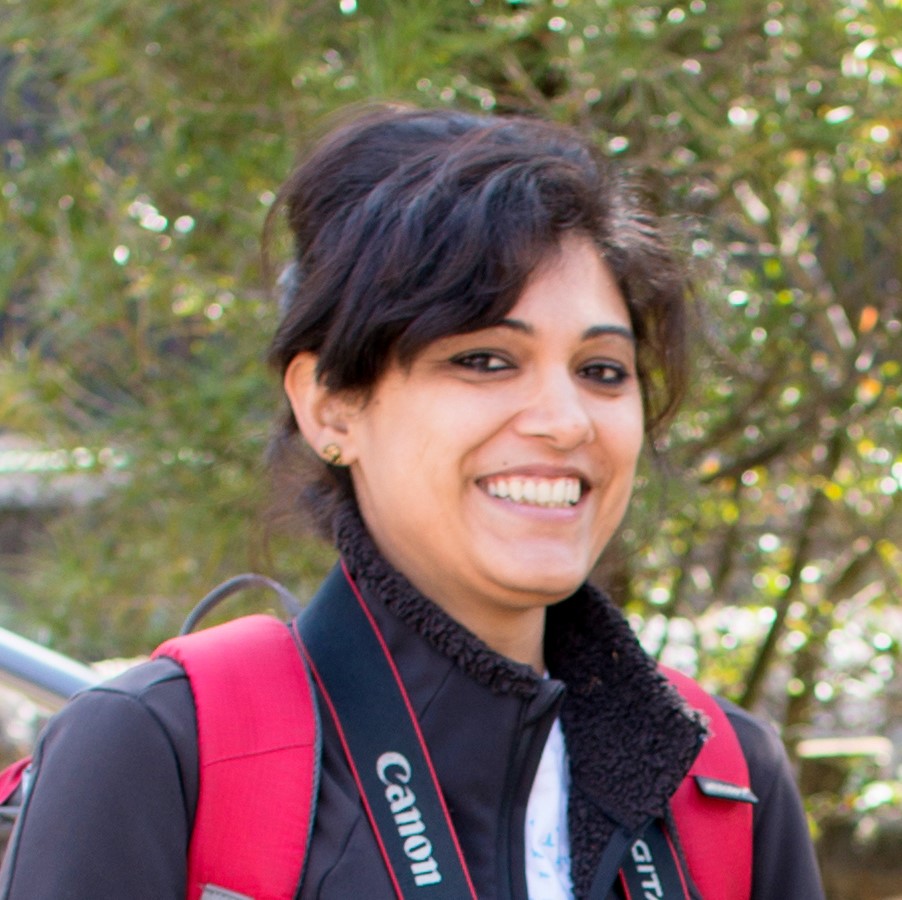 is a primatologist and a PhD student at Primate Research Institute, Kyoto University Japan.