Grasslands and wetlands are neglected and underappreciated habitats though they support many lives and livelihoods. Both community- and administration-led efforts are required to stop their loss

“Commons” are spaces held in common by a village or community (rural or urban) and used communally. Commons are also called “common lands”, but they need not necessarily refer to land. While grasslands, where livestock graze, are a type of commons, commons can also comprise wetlands such as lakes or ponds which sustain fishing and farming.

Protected areas like national parks and wildlife sanctuaries cover about five per cent of the country. The vast extent of India’s biodiversity lives outside protected areas. The commons that host much of this biodiversity — including pasture lands, temple grasslands, panchayat forests, and wetland systems — are increasingly under grave threat. Many have or are in the process of vanishing.

Shola grasslands occur in the higher altitudes of the Western Ghats. They work as water harvesting and storage tanks and are rich in biodiversity. Photo: Dhritiman Mukherjee Cover Photo: Aerial views of the Dankuni wetlands located on the outskirts of Kolkata. These urban wetlands are havens for migratory birds, but like many others across the country, are threatened by rapid urbanisation. Cover Photo: Dhritiman Mukherjee

Grasslands are landscapes dominated by grass, but also have trees that are widely spread out or bunched together, depending on the geographical location and type of grassland. Wetlands are shallow waterbodies that contain water for most parts of the year, although some bigger wetlands retain water year-round. Grasslands cover about 16 per cent of India’s geographical area range, while wetlands cover 4.7 per cent. Some grasslands can turn into seasonal wetlands, and therefore provide habitats for a wide variety of flora and fauna during both phases. These landscapes provide a range of benefits — ecological, economic, and social, which are largely disregarded in the absence of effective legislative and administrative protections. Groups of fishers, farmers, and herders, whose sustainable use keep these landscapes healthy, battle not only commercial interests, but also state agencies that overlook their traditional claims to these spaces. Herding communities in Rajasthan have taken the state and developers of mega solar power plants to court in a bid to continue to have access to their traditional grazing areas. In the Indian Himalayas, locals rue the numerous defence and commercial infrastructure projects that threaten their high-altitude wetlands.

In 2011, the Supreme Court of India recognised that commons such as village ponds and grazing grounds are being appropriated by powerful forces, often actively aided by state agencies. The Court articulated the importance of commons, particularly in the context of village commons, and noted that the rights of the village to such common areas were supreme, even trumping the state’s claim of ownership. The National Green Tribunal in 2017 reaffirmed this when it made clear that common lands come with an attached duty ascribed to government authorities that are required to maintain and protect them. Yet, as a three-year project undertaken by the Ashoka Trust for Research in Ecology and the Environment, supported by Government of India’s Department of Science and Technology found, grasslands and wetlands have little administrative support, and are in a precarious position across the country.

(Left) In Rajasthan, blackbucks prefer grasslands for the grazing opportunities they offer. For blackbucks to continue to survive this habitat needs to be protected. (Right) Indian wolves that have made their home in the Saswad grasslands on the outskirts of Pune, Maharashtra, face a perilous existence as they negotiate spaces encroached by humans. Photos: Vipul Ramanuj (left), Mihir Godbole/The Grassland Trust (right)

Grasslands and wetlands not only support the lives and livelihoods of fishing, farming, and herding communities across the country, they also host a range of specialised species of plants and animals that can only be found in those landscapes. The Indian hedgehog, Indian wolf, blackbuck, and the water-storing fox radish plant can only be found in grasslands, while the Indian skipper frog, freshwater snail, blue lotus, and brittle waternymph need specialised wetlands to make their home. Administration of grassland and wetland landscapes can be tricky. In many cases, they are classified as “wasteland” in land revenue records that bear a colonial legacy of not recognising the value of areas that do not yield productive commodities like timber, food grain, or cash crops. There are also contestations over the ownership and governance of these landscapes between different government agencies and user communities in different parts of the country.

Urban wetlands are treated as dumping grounds for municipal garbage as well as industrial effluents. Urban wetlands like Deepor Beel in Guwahati and the East Kolkata wetlands are easily accessed by private and government developers, who fill up portions of the lakes for construction. Kolleru Lake in Andhra Pradesh is rapidly reducing in area and drying up due to a canal project that connects the Godavari and Krishna rivers that supply its water.

With the popularity of Ladakh as a tourist destination, Tso Moriri, a high-altitude wetland, is being polluted by plastic waste and sewage at an alarming rate as a result of unregulated tourism. Tourists seek thrills in activities like “off-roading” and drive across critical high-altitude grasslands in this fragile Himalayan region, disrupting the habitats of birds and animals. Often, they take vehicles to the edge of waterbodies where vehicular fumes and oils leach into these ecologically sensitive landscapes. 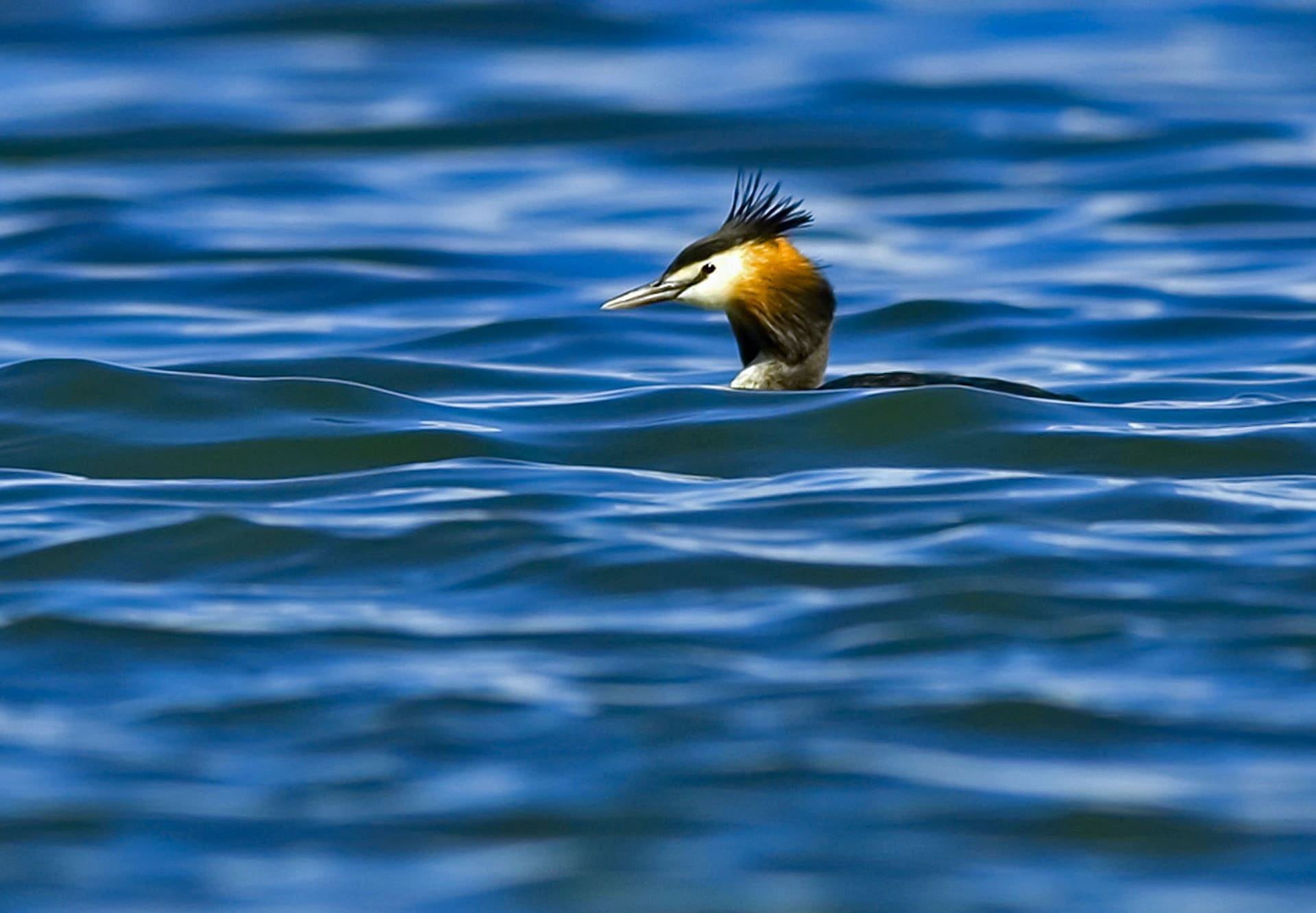 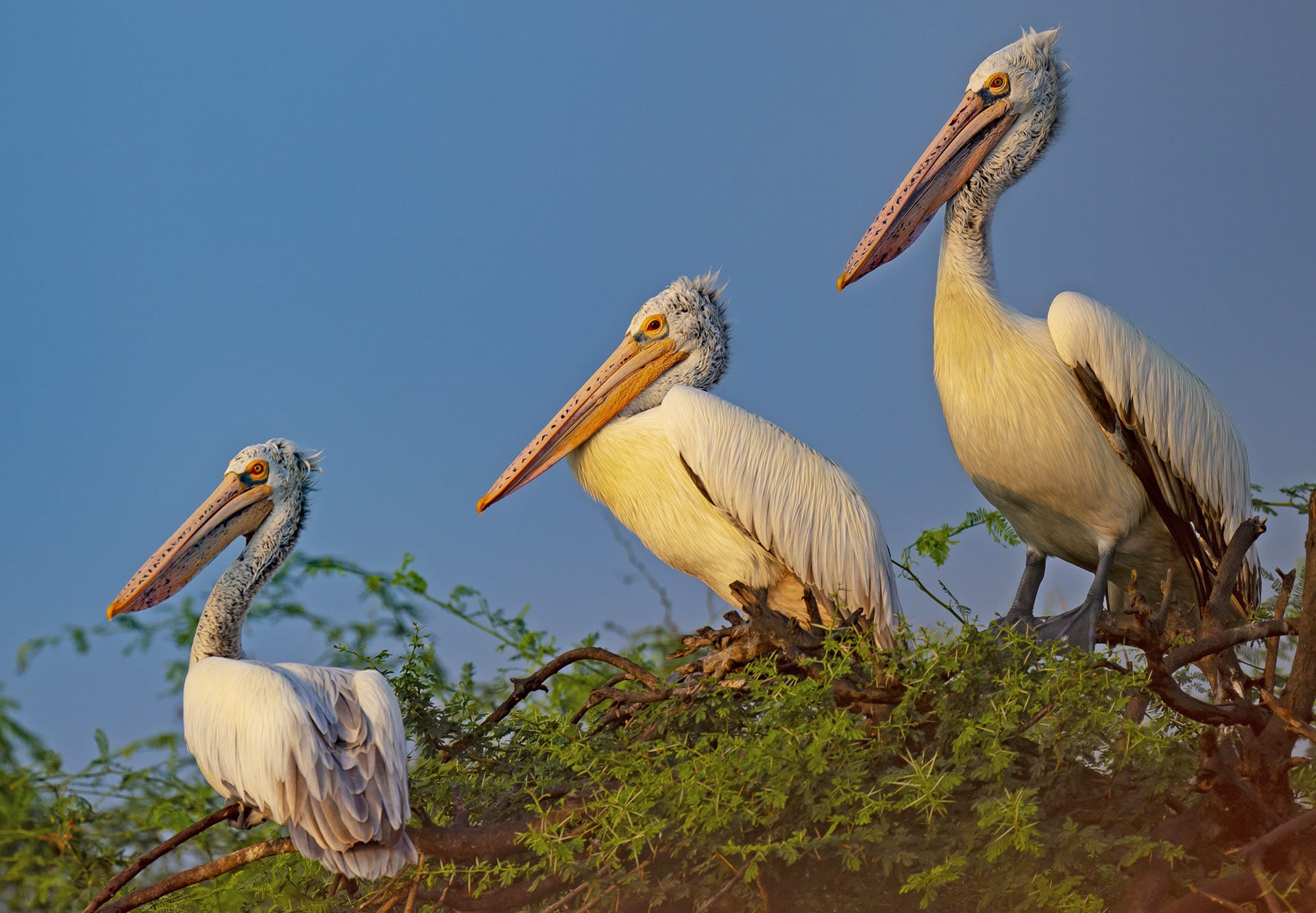 Even protected lakes are facing the brunt of increasing human pressures. Both great crested grebe (left) at Tso Moriri in Ladakh and spot-billed pelicans (right) at Kolleru Lake in Andhra Pradesh are threatened, the former by rising tourist activity, and the latter by excessive fishing and industrial pollution. Photos: Dhritiman Mukherjee

Grasslands and wetlands are also subject to competing uses. In Kerala’s Vembanad Lake, for instance, there is conflict between farmers and fishers over the depth and salinity of the waters that are regulated through barrages. Semi-arid grasslands in Maharashtra and northwest India are home to the great Indian bustard that is on the verge of extinction on account of the large-scale diversion of grasslands to renewable energy and other projects. Prosopis juliflora, an invasive plant species that was introduced by state agencies in Kutch’s Banni grasslands in an ill-conceived attempt to render the region “more productive” and generate more revenue, has spread rampantly, fundamentally altering the grassy landscape — with consequences for pastoral communities whose herding livelihoods have significantly been modified. Shola grasslands in the upper reaches of the Western Ghats also face pressure from invasive species and plantations that have almost decimated the native vegetation in large areas.

From the perspective of climate change, grasslands and wetlands are important buffer landscapes. While wetlands cushion fluctuating water availability, grasslands operate as sinks that effectively store carbon below ground. Recent studies even find grasslands to be better carbon sinks that forests. Wetlands and grasslands also support sustainable and climate-smart traditional livelihood strategies. The immeasurable support these landscapes provide to communities was all too visible during the restrictions imposed by the COVID-19 pandemic. Many families in Manipur’s Loktak Lake were on the verge of starvation without being able to access local markets to sell their fish. Migratory herding communities were cut off from their traditional grassland grounds and routes. 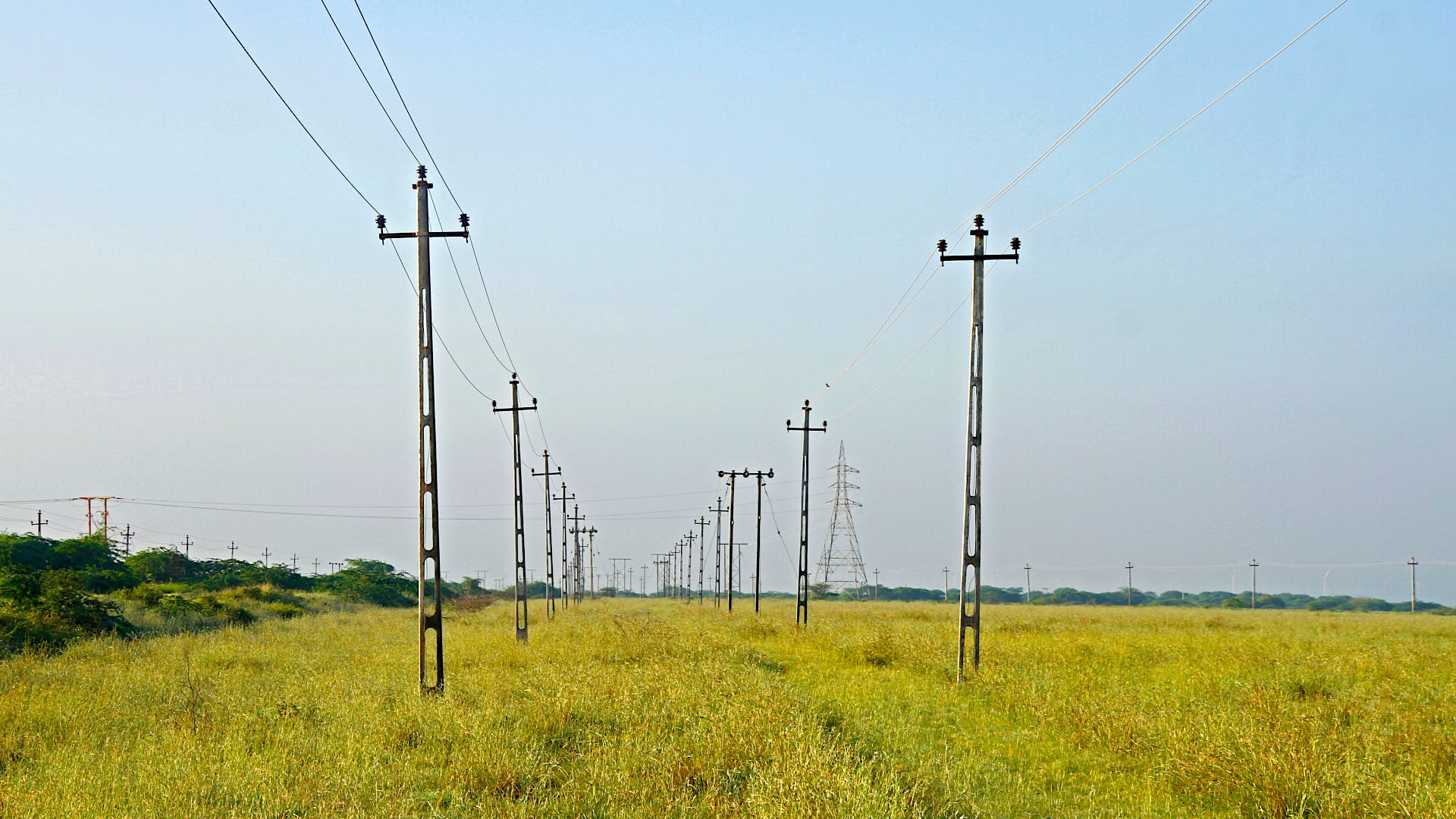 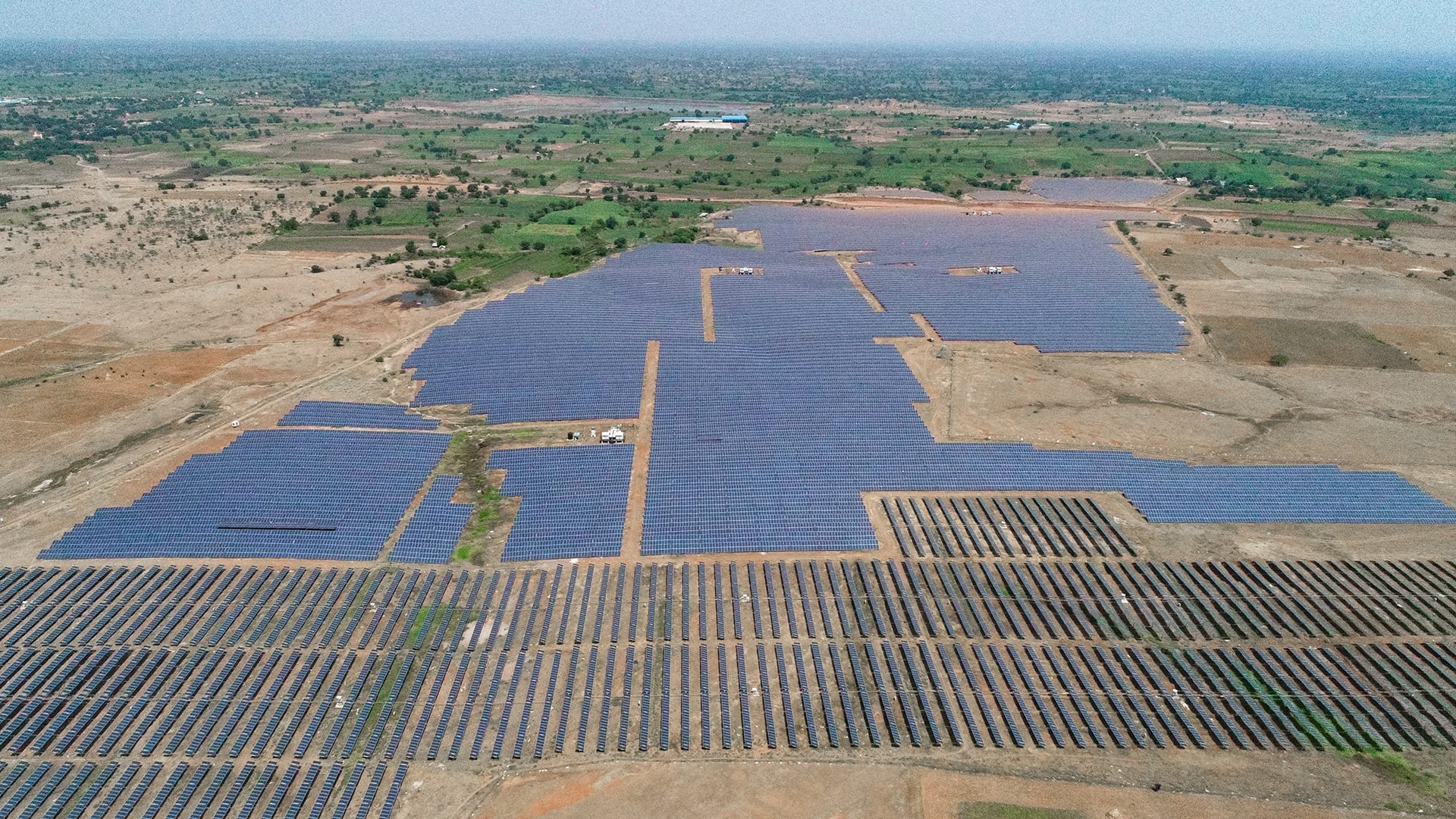 Nevertheless, unlike forests that are widely acknowledged as important conservation zones, grasslands and wetlands areas continue to be neglected and underappreciated. This prejudice has also resulted in limited scientific studies and insufficient data about many of these landscapes. Knowledge gaps range from the impact of free-range stray dogs on wildlife in many wetland and grasslands to the effects of climate change on precipitation in Himalayan wetlands. However, even the best scientific knowledge cannot help in the absence of concerted efforts by state agencies to reverse the systemic causes for degradation of these landscapes — including those posed by private and public infrastructure and construction activities.

Community organisations are engaged in addressing the degradation of these landscapes and the governance failings that affect people who live by them. However, without the recognition of the importance of grasslands and wetlands by government agencies, while the mystery of India’s disappearing grasslands and wetlands may be solved, we are no closer to stemming that tide.