Can proactive measures and a multipronged approach avert or reduce conflict between human beings and animals?

After a long day in the field, my colleagues and I went to a village near Tadoba Andhari Tiger Reserve in Maharashtra to catch up with the team setting up camera traps. A leopard had been visiting the village every day; it had killed a calf the day before and a few other livestock over the previous seven days. As we stood at the village chauraha (intersection) under a dimly lit streetlamp, we heard a commotion. Men were running with sticks behind a leopard. They were followed by children who were barely eight to ten years old. Our hearts skipped a beat, the kids and the leopard were all in grave danger in a situation that could easily turn ugly and was probably already out of control. Yet, these are familiar scenes in villages around our forests.

Wildlife and people share spaces. At all times, there is an interface between the two. When their interactions result in negative outcomes, we tend to call it “human-wildlife conflict”. Not every interaction is conflict, though it is common for them to be termed so. Conflicts can be of varying kinds and degrees depending on the species and the type of interactions between humans and wildlife. This can be broadly divided into carnivore and herbivore conflict.

This leopard was lynched in a village near Jorhat, Assam. Leopards are highly adaptive by nature, habitat degradation and loss of wild prey forces them to venture near human settlements in search of prey, where, in several cases, they have been attacked by an angry mob. Cover photo: An elephant chases a man on a motorbike in Rajaji National Park, Uttarakhand. Roads and other infrastructure projects that cut through forests and corridors have brought wild elephants closer to human settlements, increasing the chances of conflict.

Carnivore conflicts tend to capture headlines, perhaps because they involve charismatic species and loss of life. Leopards and tigers are at the forefront of carnivore conflict. According to the MoEFCC (Ministry of Environment, Forest and Climate Change), over 1,600 human beings were killed between 2014 and 2017 due to such conflict. Maharashtra reported 88 human and over 9,000 cattle deaths from conflict with wild animals. Wild animal deaths have also been high, either from being poisoned or beaten to death by humans. Of the 750 tiger deaths in the country between 2012 and 2020, 42 were due to unnatural reasons such as accidents, which is essentially a form of direct or indirect conflict.

MoEFCC reports over 500 elephants killed between 2014-15 and 2018-19, most of them to human-elephant conflict. Whereas, during the same period, over 2,300 people were killed in these conflicts. The numbers for wild ungulates are not known, but it is likely to be much higher than any of these. In addition, India has the highest recorded number of snakebites and snakebite deaths in the world. A paper published in August 2021 records twelve lakh snakebite deaths between 2000 to 2019, an average of 58,000 per year.

Poor and marginalised farmers bear the biggest brunt in terms of environmental injustice as they are unable to reap the benefits of living in the forest and are always running into losses. The loss of revenue and crops causes not just financial but also psychological distress. These emotions, when not addressed, add to risky behaviour and eventually increase human-wildlife conflict. Wildlife is trying to survive and procreate, and one can’t do much to change that. With ecosystems degraded and farms encroaching into the forest areas, there is a lack of adequate prey for wildlife and water sources are few and shared. In this scenario, the interaction between humans and wildlife is inevitable.

A tiger kills a domestic cow near Ranthambore National Park, Rajasthan. Communities on the periphery often lose cattle to large carnivores. However, compensations may not always substitute for the loss.

Measures adopted to avoid human-wildlife interaction have not provided the desired results yet, and neither has education and awareness. Compensation as relief is a cumbersome process that can never really replace economic losses and does nothing to avoid future conflict. As a measure it is ineffective and looked upon as a burden on the state treasury. Several stakeholders such as individuals, communities, local governance bodies, government agencies, NGOs, and academics, are trying to mitigate human-animal conflict; each has a different agenda, and they are barely coordinated.

The fact is that we look at conflict in a more or less linear fashion and as a cause-and-effect issue. The majority of interventions have addressed specific events — which can never be the solution. They are, more often than not, reactions. Further, the rubber-stamping of models hasn’t worked. For instance, the warning systems that work to avoid elephant conflict in Karnataka cannot be copy-pasted for large carnivores. If you fence off some fields, wild animals are likely to destroy neighbouring farms, which is evident in Maharashtra’s Konkan region . Efforts to capture and release carnivores too, only end up distributing the problem further.

Does this mean current measures are no good and a lost cause? I don’ think so. Current measures are important, and they play a key role in addressing some aspects of human-wildlife interface management. However, I am rooting for a multipronged approach that targets a significant reduction in conflict.

A farmer chases a herd of nilgai from his field in Gujarat. These nilgai herds have been accused of destroying crops in many areas. In some North Indian states they are considered vermin and culling of the species is permitted.

Most conflicts happen with little or no warning; people are surprised, and agencies are underprepared. We need to use technological tools wherever feasible. Artificial Intelligence can be used to come up with predictive models, which will help design proactive measures for averting conflicts. Government agencies have to come up with better contracts with people prone to conflict, and NGOs and academia can play a critical role in it. Corporates should also come forward and could partner or support NGOs working in the field. These contracts will incentivise appropriate behaviour from communities and trigger better responses from government agencies.

For instance, we need to restore ecosystems and improve wild fodder, and at the same time move to multi-crop farming practices that are conflict and climate-resilient. Measures such as insurance for loss of property and crops, developing a grazing policy, revisiting cattle holdings, better livestock management, and efficiently managing solid waste can contribute to resolving this complex issue. Different areas will require tailormade approaches. So, ensuring corridors for elephants, training communities and vulnerable sections of society on how to respond in different interactions with wildlife are much-needed steps. Teams of veterinarians, biologists, and social scientists trained in managing active conflict situations, will help curb escalating issues.

The bottom line is to institute proactive measures to reduce conflict, and when conflict occurs, respond with appropriate and quick action. If we can do these things, we can save money, protect livelihoods, and importantly many lives. 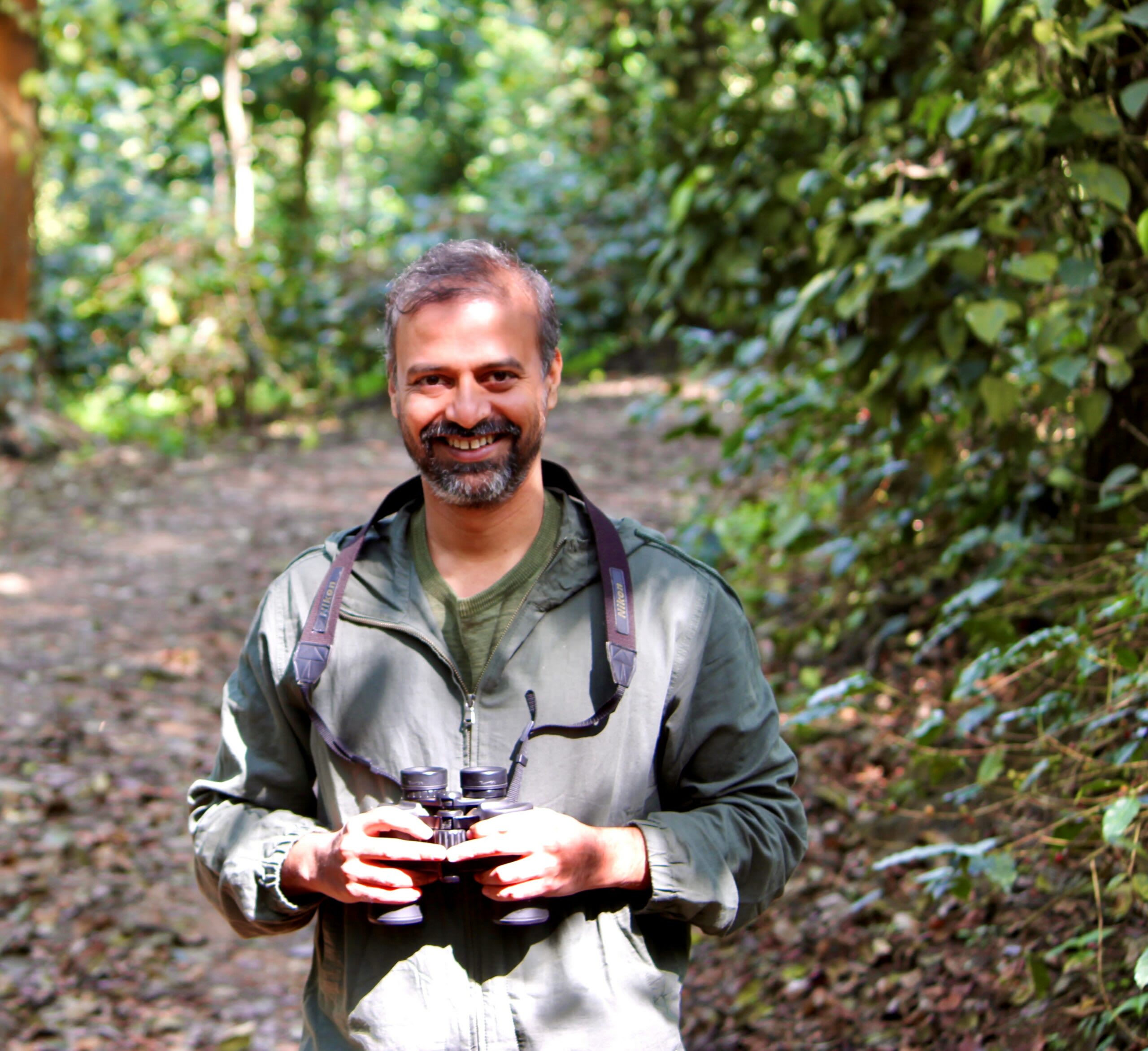 heads The Habitats Trust. He has more than 20 years of experience in conservation of ecosystems and species.

is one of India's most prolific wildlife and conservation photographers. His work has been featured in leading publications. He is also a RoundGlass Ambassador, and an RBS Earth Hero awardee