The ‘shark of Bastar' found in the Indravati river in Chhattisgarh, faces a perilous future due to the proposed Bodhghat Pariyojana project and indiscriminate hunting 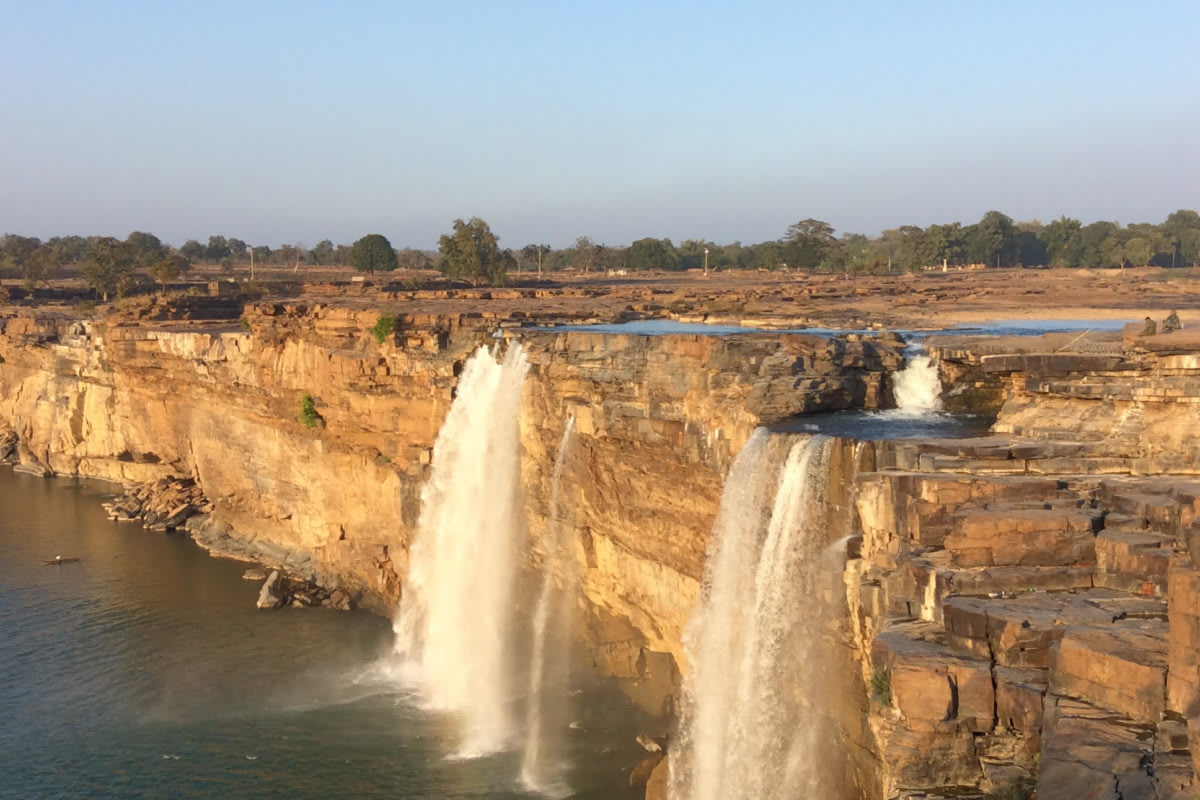 The near-threatened Bodh fish (Bagarius yarrelli), found in the Indravati river in Bastar district of Chhattisgarh, faces a crisis due to indiscriminate hunting. The fish, popularly known as the “shark of Bastar,” is worshipped by tribal communities like the Marias and the Gonds.

The Bodh fish, also called Goonch in Hindi and Punjabi, Baghar or Baghair in Bengali and Bihari and Gauns in Rajasthani, is 2 to 2.3 metres or more in length and can even weigh up to 250 kg at the maximum.

It is caught using wire mesh by local fishers. Normal fishing nets are not suitable, as they can be torn by the fish’s sharp teeth. In Bastar, the Bodh fish is found in a particular stretch of the Indravati, starting from the famous Chitrakote waterfalls to Bhadrakali in Bijapur district, where it joins the Godavari.

One of the largest freshwater catfishes in South Asia, belonging to the family Sisoridae, is found across the rivers of north and central India, the Terai, and Southeast Asia.

According to Nachiket Kelkar, a Ph.D. candidate at the Ashoka Trust for Research in Ecology and the Environment in Bengaluru (ATREE), some studies have been conducted on the biology of the fish by the Central Inland Fisheries Research Institute, an autonomous Government of India research organisation, based in Kolkata.

“At present, no specific conservation plans are available, except for general fish protection laws available in the country,” Kelkar said.

“The fish lays lakhs of eggs in the mid to late monsoon months. It usually breeds in fast-flowing rivers and streams and migrates in the winter months to larger rivers,” Kelkar told Mongabay-India via email.

Amidst demands to name Bodh as the state fish of Chhattisgarh, a detailed proposal regarding its conservation involving both the forest and the fisheries departments of the state has been in the news for quite some time.

Ashok Patel, the director of Kanger Valley National Park in Jagdalpur, the headquarters of Bastar district, said, “The fisheries department has informed that villagers catch and sell the fish in local markets. So, the state wildlife board has demanded an action plan for its conservation. Though villagers use their discretion while catching, regulation in fishing should be present.”

Though talks of conserving the fish are on, it is still in the planning stage. There is not much information about the Bodh fish, said Indravati National Park deputy director N.K. Sharma.

Deputy conservator of forests Chandra Shekhar Swaroop, Jagdalpur, said the Bodh fish is also found in the Brahmaputra. “In Chhattisgarh, the Bodh ghat, a river bend, is named after the fish. There is a village too by the same name and a hydropower project (Bodhghat pariyojana). Sadly, no work has been done towards conserving the fish, though a plan has been sent to the government. Many wildlife board members and non-profits want it declared as the state fish. It is slowly declining. As people eat it, it sells at Rs. 500-600 per kg in local markets,” he added.

Mohan Rana, deputy director of the fisheries department in Jagdalpur, had seen the fish once in the adjoining Dantewada district’s Barsur area in 2015-16, 100 km from Jagdalpur and the site of the Bodhghat project. Rana said, “Though conservation discussions are on, I have not received any notification in this regard. If the forest department wants any assistance, fisheries will extend support.”

However, a forest department official, not wishing to be named, told Mongabay-India that the fisheries department had been extended the responsibility as of now in Bodh fish’s conservation plan.

Sources working in a state-based conservation non-profit said on the condition of anonymity that a proper survey is important to study the fish habitat. Though scientists have been working on the species for a long time, they said there is a need to do a genetic study. The forest department does not consider the fish under its supervision.

Last year, the 535-km long Indravati river, which starts from Odisha’s Kalahandi district and enters Chhattisgarh, had dried up for the first time in the summer months. To save the river, considered the lifeline of Bastar district, activists and local residents from all walks of life undertook a walk (padayatra) from Nagannar till the Chitrakote waterfalls.

“Last summer, the Chitrakote waterfalls had almost dried up. Alarmed by the crisis situation, in May 2019, social activists and local people from Bastar started the Indravati Abhiyan (meaning campaign), which lasted till June. For 14 days, the participants walked along the river under the leadership of Dharampal Saini,” said social activist Urmila Acharya.

Rajat Bansal, the collector of Bastar district, said when the monsoon water recedes, the Bodh fish is caught in the river. Bansal recently led a movement called Amcho Indravati or Hamari (meaning our) Indravati in July under which trees were planted in 240-km along the river to prevent soil erosion. “We will also carry out conservation work for the fish. It is in the planning process, and a policy is being devised. Our focus in on the Indravati river and how to conserve the fish habitat.”

Pawan Kumar Singh from the district administration is in charge of MGNREGA work in Jagdalpur. Singh said the Indravati runs for 242 km in Bastar district and a three-layer tree plantation work was carried out on its left and right banks along 152 km after a survey.

The total land area stood at 2,135 hectares on which we carried out plantation of 80,000 fruit and timber tree saplings. “The work done with the help of MGNREGA and DMF funds was completed by July. Active volunteers from gram panchayats situated along the river banks have been chosen at the village level to look after the saplings for three to five years,” he added.

A study published in 2002 says the project accorded permission in 1979 by the Department of Environment, Government of India, is environmentally damaging. It would affect the ecology of the Indravati Tiger Reserve, displace tribal communities and inundate large forest areas and wildlife habitats.

The project, which was rejected in 1994, has been revived again. At an outlay of Rs 22 crore, it aims to irrigate 3,66,580 hectares of land. “This time, the opposition is not much. The fact is irrigation is needed in Bastar. Though forests will be cut, villagers want irrigation facilities and the state government has promised attractive packages. There will be some environmental impacts obviously,” Acharya added.

According to state agriculture and water resources minister Ravindra Choubey, who talked to Mongabay-India over the phone, both Andhra Pradesh and Telanagana have Polavaram and Kaleshwaram projects on the Godavari river. Along similar lines, Chhattisgarh has to use the Indravati river water through the Bodhghat project to benefit farmers, he said.

“Till now, people in Bastar have not got any dues. So, development and employment have always eluded them. We will irrigate three lakh hectares of farmlands in Sukma, Dantewada and Bijapur districts, where agri-based industries will also flourish once the project is completed. As the districts are all Maoist-affected, the project will ensure Bastar’s all-round development,” said Choubey.

According to Choubey, farmers will not be rendered landless and given attractive packages. The project is in the primary stage and a detailed project report through a central agency is currently on. “The chief minister has directed us that farmers should get lands in the command areas so that they can use the water to irrigate their fields,” he added.

The WWF Living Planet report 2018 says marine and freshwater ecosystems face pressure, and almost 6 billion tonnes of fish and invertebrates have been taken from the world’s oceans since 1950.

Several fish species are found in India, which has several big and small rivers and freshwater wetlands. Some well-known freshwater fish in India include mahseer, Indian carp and catfish such as Goonch. Mahseer and Goonch are mega fish which millions of people depend on for food and livelihood.

A study published in 2017 says, “The fish in general and freshwater fish, in particular, are among the fast-growing sectors with increasing contributions in the nutrition security of Indian consumers.” It adds that fish and fishery products represent a valuable source of animal protein, as a portion of 150 g of fish provides about 50-60% of the daily protein requirements for an adult. In 2010, fish accounted for 16.7% of the global population’s animal protein intake and 6.5% of all protein consumed.

But as nothing much is known about the Bodh, its conservation may be difficult. Patel added that hatcheries could be built for artificial reproduction along the bank of the river. However, Dipak Baghel, assistant fisheries officer, Dantewada, said only magur (walking catfish) and carp fish are currently bred in the state.