Nilgiris or Blue Mountains may conjure up images of stunning mountains, a hot cup of tea, or both. The blue-green rolling hills covered in grasslands, bottle-green dense shola forests, misty white waterfalls, bright green tea plantations and still blue lakes and reservoirs are all quintessential colours of the Nilgiris. The grasslands, forests, and waters of the Nilgiris share an intimate relationship and have a story to tell.

This is an economically important region for tourism but also a global biodiversity hotspot. It holds significance for the water security and hydroelectric sector for Tamil Nadu state. The higher elevations of its escarpments have a unique ecosystem — the shola-grasslands. There you find rolling hills of grasslands, with pockets of stunted evergreen forests in the valleys; the latter are referred to as shola or “cholai” forests.

This ecosystem is also uniquely important for water conservation in the region. In the southwestern part of the Nilgiris district is the Upper Bhavani region, which forms the catchment area of the Bhavani River, and is mostly a shola-grassland ecosystem. The grasslands and the adjoining sholas here act like sponges for incoming rainfall, retaining a lot of the water as groundwater and slowly releasing it through streams and ultimately into the river. The Bhavani is a major sub-basin of the Cauvery River. With several large hydropower dams, this region produces more than half the hydropower for the state and is extremely important for drinking water supply and irrigation for many districts in the river’s floodplains. However, all is not well with the balance between the shola grasslands and the water of this region.

Exotic trees such as black wattle have now spread widely in many parts of the Nilgiris, such as in this area surrounding a reservoir in the Upper Nilgiris. Photo: Anand Osuri, CC BY-SA 4.0
The Upper Bhavani region, seen here from its northern end, located in the Nilgiris Biosphere Reserve Region of Tamil Nadu, serves as an important catchment area. Photo: Michael Varun, CC BY-SA 4.0

Aliens in the grasslands
Invasive plant species are those introduced into environments different from their native ones. In the absence of native threats, they become established and replace the native biodiversity of their new home. Invasion by introduced plants in this landscape is an unpleasant colonial legacy. Historically, the montane grasslands and cool climate held great appeal to British officers posted there, but these grasslands with abrupt transitions into shola forests looked unnatural to them. They felt that the local communities had a hand in restricting forest growth by setting fires and grazing livestock. In an attempt to “restore” these hills and increase the utilitarian value of these grasslands, many tree species were introduced into the landscape. Over time, frustrated with the slow growth and high death rate of the native shola tree species, many fast-growing exotic tree species were planted to aid the afforestation effort. The exotics included multiple species of Acacia, the iconic eucalyptus, silver oak, pine, scotch broom, gorse etc. This practice of converting grasslands into exotic tree plantations continued well after independence. A policy shift curbing the introduction of exotic species happened in the 1990s after the then state government took notice of the ecological fragility of this landscape and the ill effects of large-scale conversions of shola-grasslands into monoculture plantations. By this time, many of these introduced species had adapted to local conditions and become well established. Three of these have become particularly invasive in the grasslands of the shola-grassland mosaics — black wattle (Acacia mearnsii), Scotch broom (Cytisus scoparius), and gorse (Ulex europeaus). As a result of this invasion, the present-day Upper Bhavani region is significantly more wooded than a couple of centuries ago. 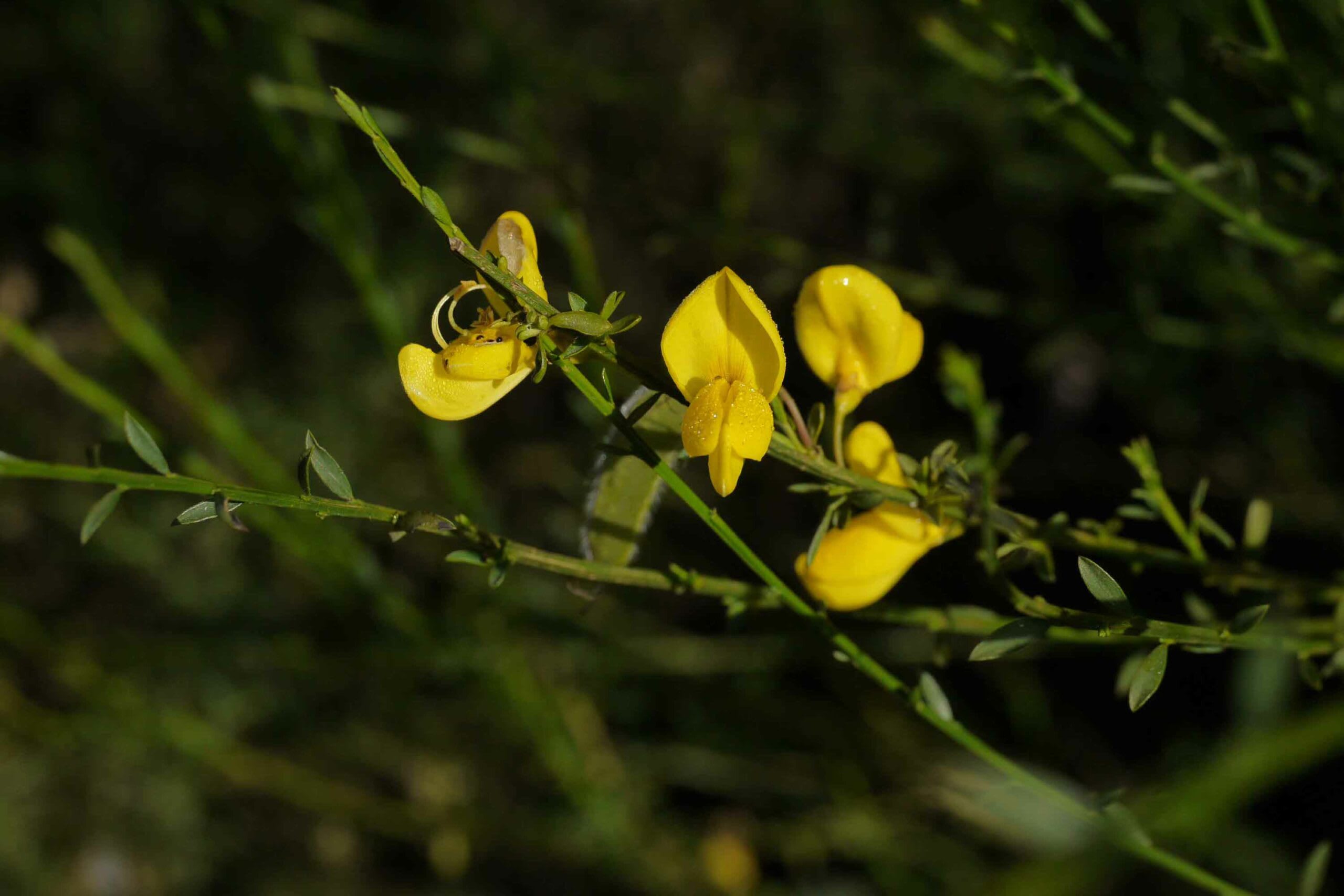 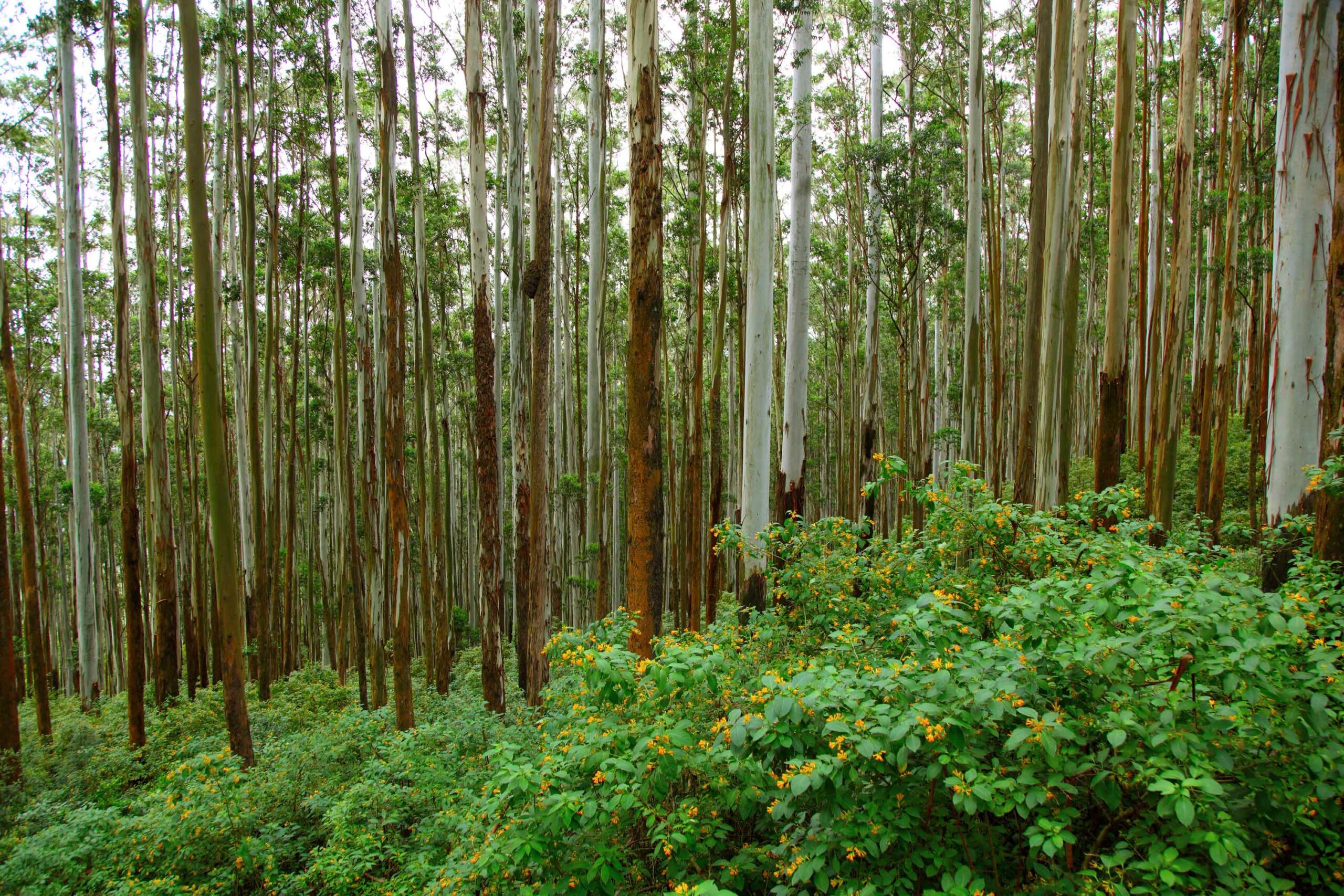 Multidimensional impacts of invasion
The gradual intrusion of invasive plant species into the grasslands significantly impacts the local ecology. These grassland patches are the habitat of over 30 species of endemic grasses as well as endemic mammals and birds like the Nilgiri tahr and Nilgiri pipit. Both creatures are restricted to these high-altitude grasslands. The expansion of invasive trees into grassland patches could further reduce the extent of their habitat. The landscape also provides refuge to a variety of large mammals, including elephants, wild dogs, gaur, and tigers. Some invasive patches can be dense enough to restrict the movement of large mammals through it heavily. In addition to the impact on local biodiversity, invasive species can also increase the intensity of fires in the region.

Hydrological stress caused by invasion
A team of researchers from Foundation for Ecological Research Advocacy and Learning (FERAL) and Ashoka Trust for Research in Ecology and the Environment (ATREE) in partnership with Ministry of Earth Sciences (MoES) and World Wide Fund for Nature (WWF) India has been conducting a long-term study to estimate the impact of the expansion of the three major invasives on various dimensions of water stress. The findings from that study raise concerns. 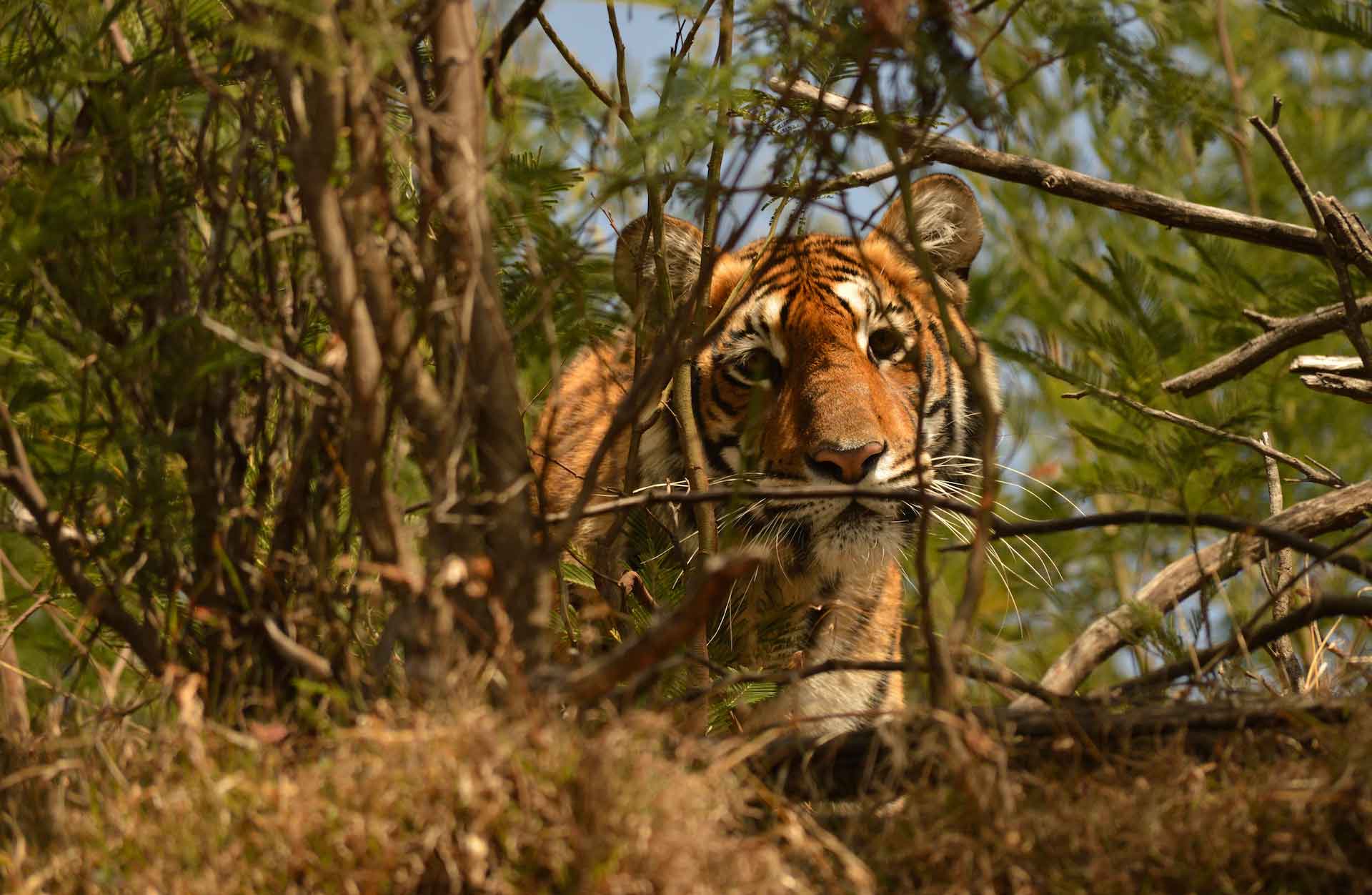 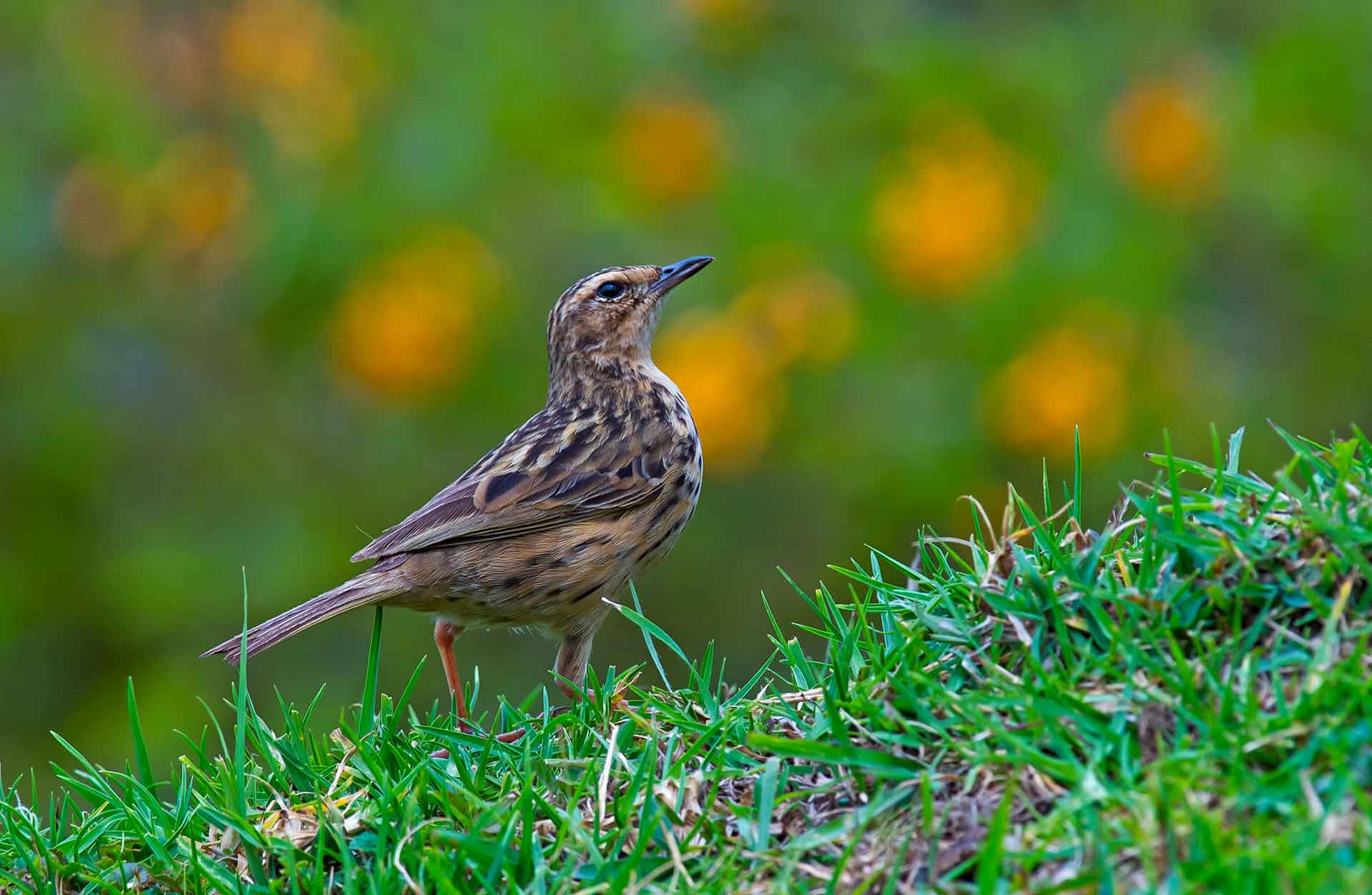 (Left) A tigress inside a patch of black wattle in the Nilgiris. The dense growth of such invasives can restrict the movement of large mammals in the landscape. (Right) The Nilgiri pipit is found only in the montane shola-grasslands of the Western Ghats. This songbird is severely affected when grasslands are lost to monoculture plantations of eucalyptus. Photos: Rasikapriyaa TS (left), Dhritiman Mukherjee (right)

Each ecosystem has its water balance. A proportion of incoming rainfall is stored underground as soil moisture. This portion of water recharges the groundwater and sustains flow in perennial streams during the dry season. Plants take up a part of this water through transpiration and photosynthesis.

In the dry season, stream water flow is lower in invaded catchments than in uninvaded catchments. This is most likely due to the increased evapotranspiration (sum of direct evaporation from tree canopies, grasses, and soils and transpiration) by invasive tree-shrubs compared to native grasses. Soil moisture is consistently lower in invaded areas than in uninvaded grassland sites.

What does this mean? It means that invasive species take up more water than the native grasslands species they invade. Changing climate can further compound these impacts, leaving the already fragile water balance in the landscape more vulnerable. 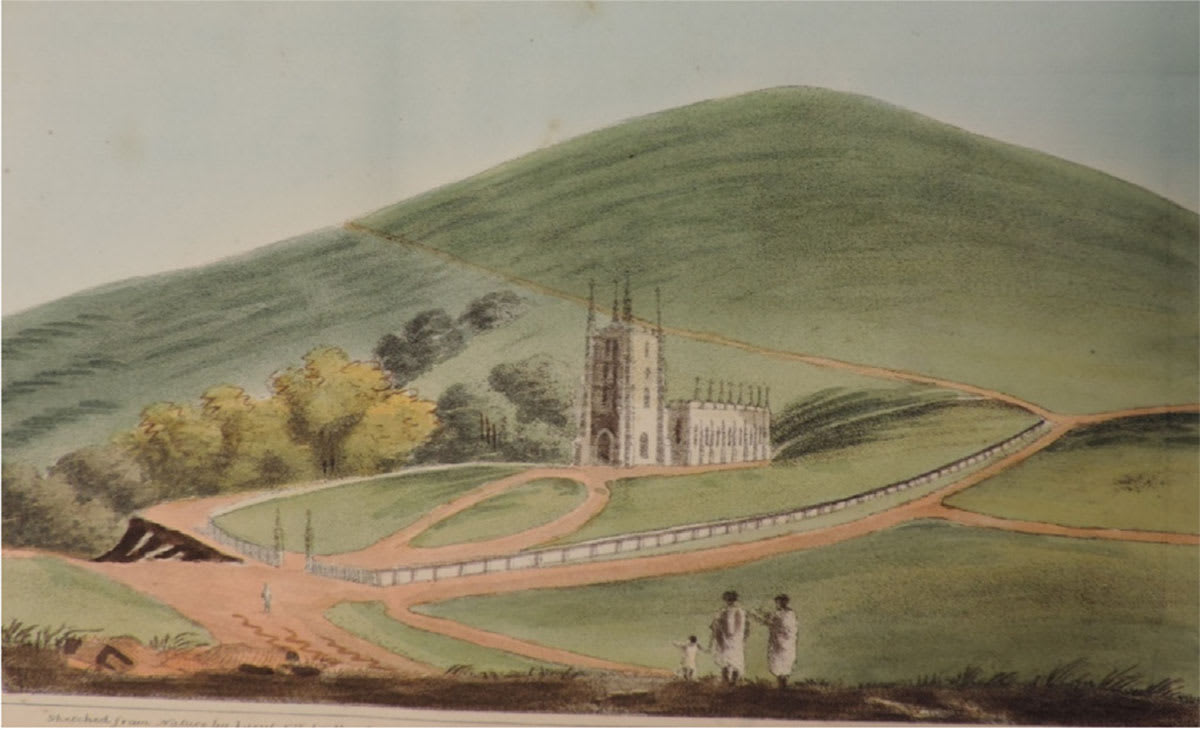 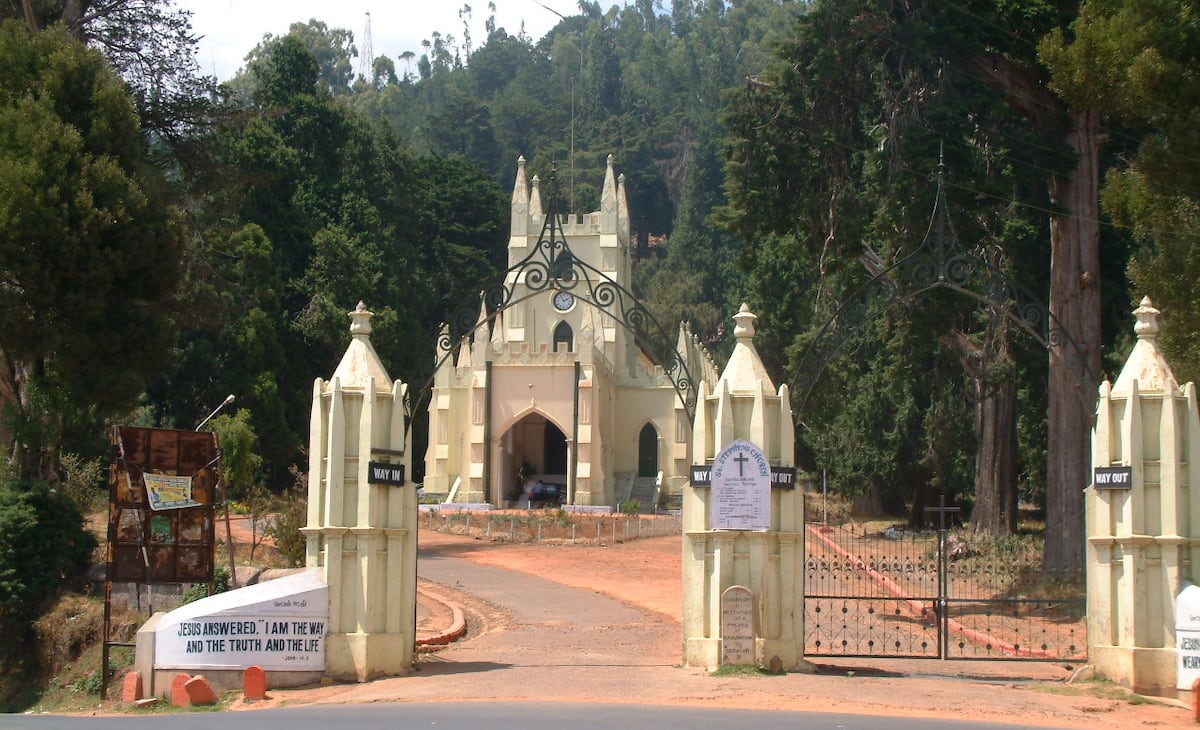 (Left) An image of St Stephens Church in Ooty retrieved from museum archives by Dr Atul Joshi from Scottish explorer William Balfour Baikie’s 1857 work, The Neilgherries: Including an Account of Their Topography, Climate, Soil and Productions; and of the Effects of the Climate on the European Constitution. (Right) A present-day view of the church surrounded by tall trees. Photo: Challiyan at ml.wikipedia, Public domain, via Wikimedia Commons (right)

Exotic woody species replaced native grasslands significantly between 1973 and 2017. There was an increase of 7 per cent in evapotranspiration lost on invaded land cover compared to the natural shola-grassland catchment. This loss was almost 10 per cent of the storage capacity of the Upper Bhavani reservoir. In essence, increasing invasion leads to higher water loss and can have cascading effects on ecosystem services like drinking water supply and hydroelectric power generation.

Aside from the dry season water stress, during high-intensity rainfall events in the monsoon, invaded catchments can also mean an increased risk of flooding downstream. A paper authored by Rajat Nayak, Research Associate at the FERAL, and his colleagues reports much higher peak flows (highest recorded water level in a stream immediately following a rainfall event). They also report much lower lag times (time between a rainfall event and peak flow) in streams within invaded catchments compared to those in uninvaded catchments. High streamflow is not always great news, especially in the monsoon. If the lag time is low after a high-intensity rainfall event, it means that a large amount of the water is flowing rapidly as above-ground water instead of percolating and getting stored as groundwater, increasing the risk of floods downstream. “Our study shows that tree introductions in grasslands can not only reduce groundwater availability but also intensify flooding. Future plans of afforestation in these grasslands must take this finding into consideration,” says Nayak.

So, invasion can increase dry season water stress by depleting soil moisture, reducing stream flows and increasing evapotranspiration losses while also increasing monsoon flood risks. All is not lost, though. Efforts are underway to recognise the multidimensional impacts of these invasives, and some publicly driven momentum to restore these unique shola-grasslands has also gathered pace. 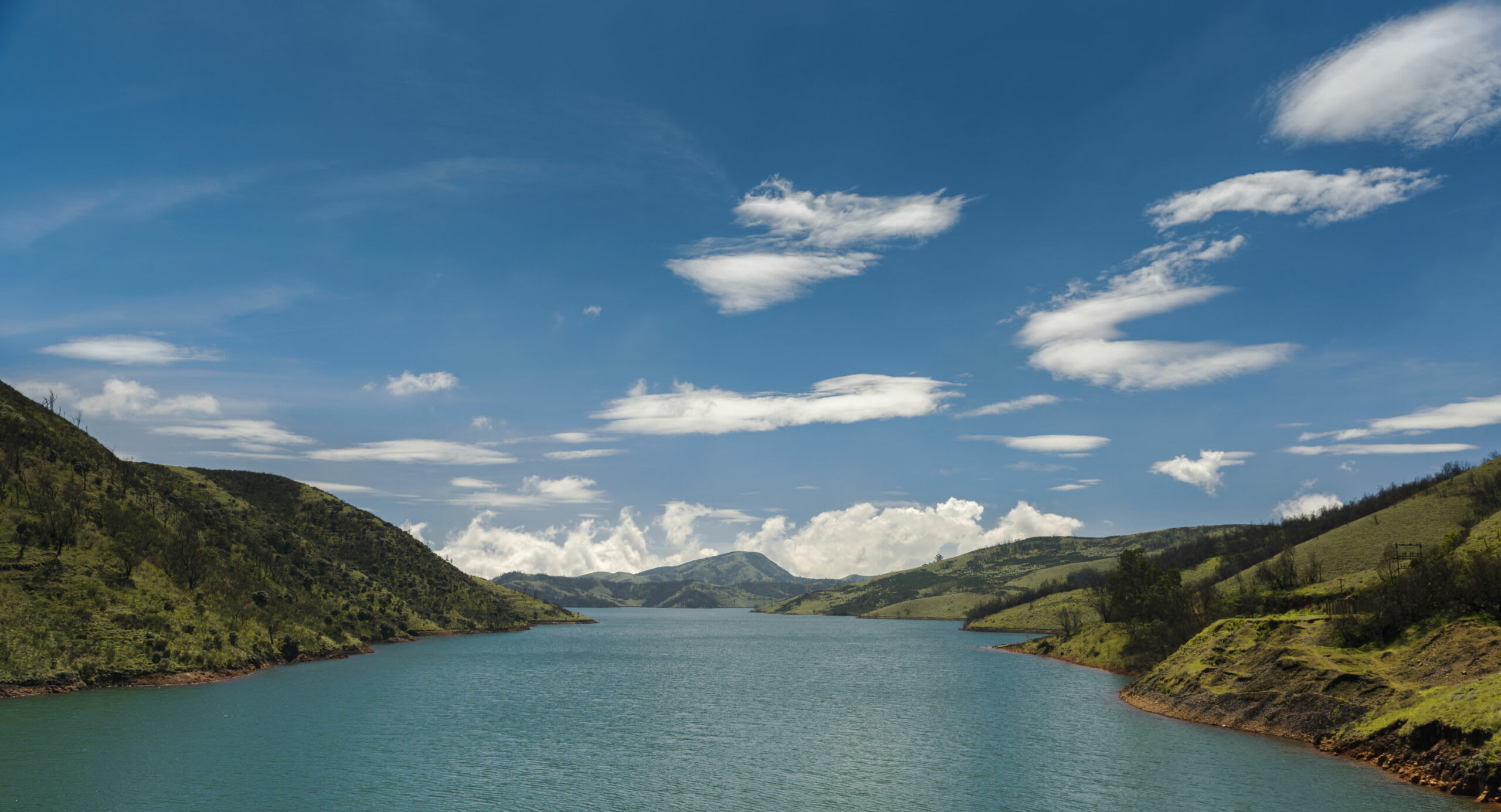 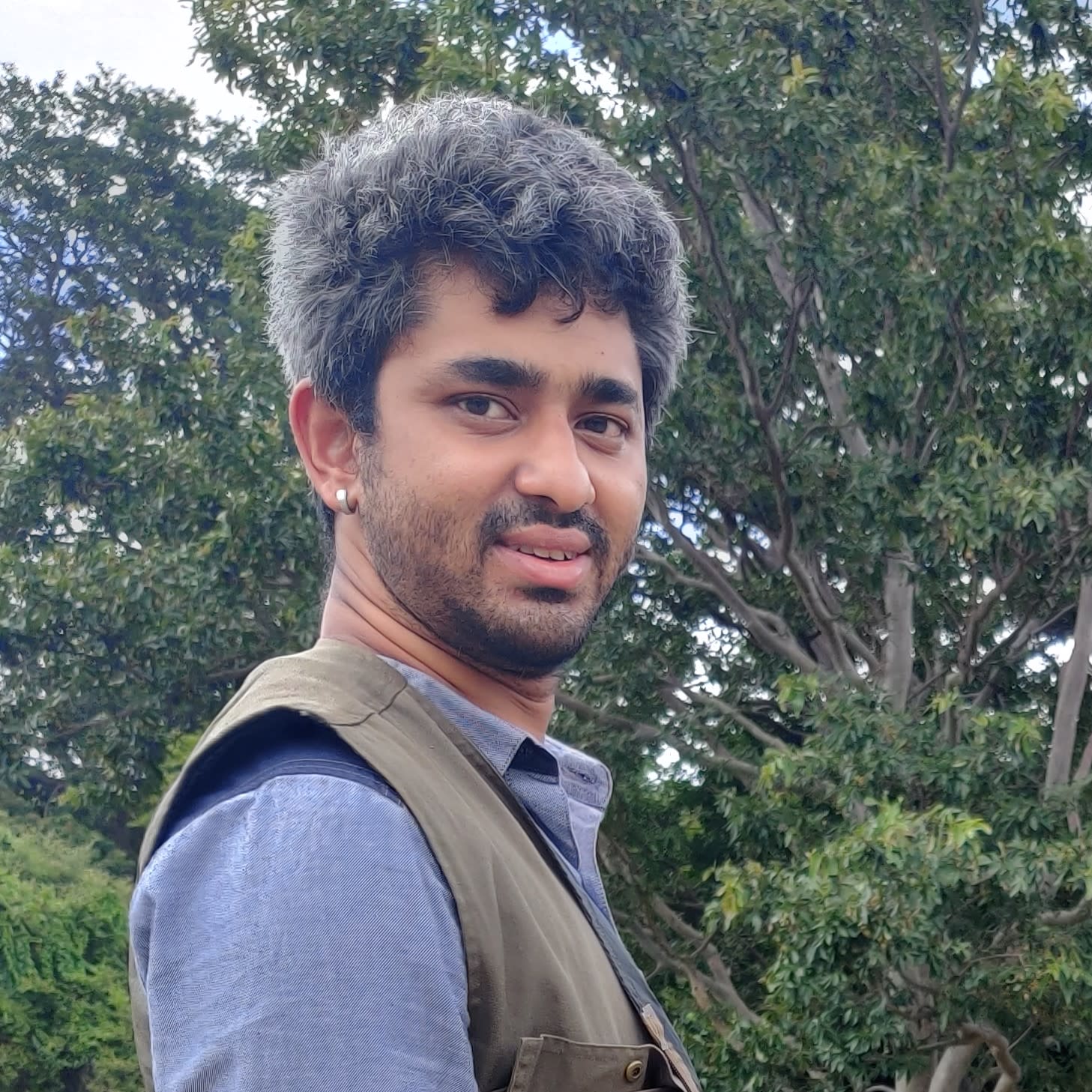 is an early career researcher interested in restoration ecology and ecohydrology. His preferred habitats are reading nooks with good chai.

is an early career researcher with a keen interest in invasives, biodiversity, people, economy and policy. She is usually found wandering in the Nilgiris with a pair of binoculars and a frisbee.