A citizen scientist strives to protect the only known habitat of a rare, critically endangered species of bat in Karnataka 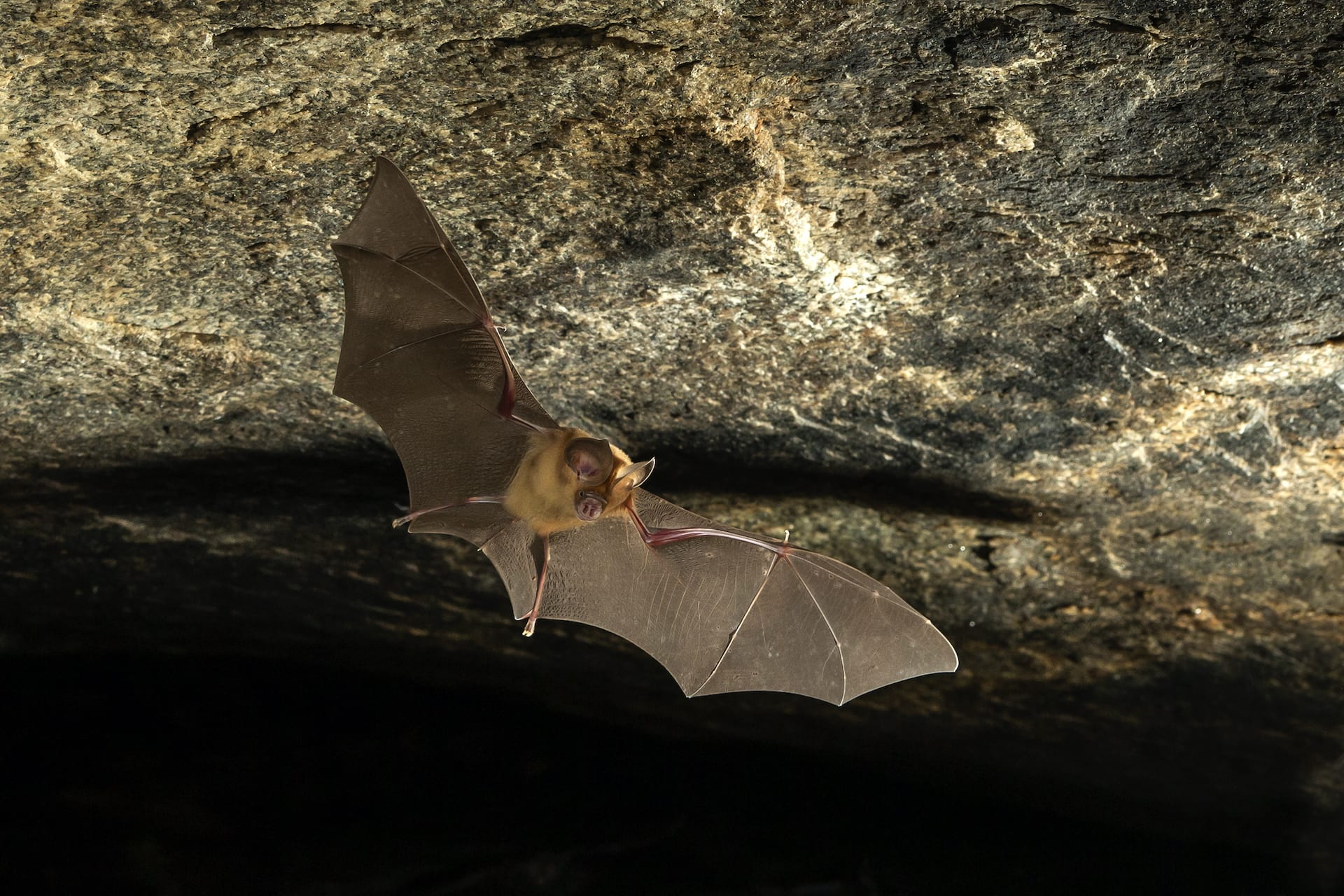 Not all bat caves are large, dark hollows. Some are wide cracks buried under gargantuan monolithic rocks, with entrances just big enough for a human to crawl through. On a muggy afternoon in February 2015, Rajesh Puttaswamiah, lawyer by day and bat explorer by night, crouches in front of one such cave in Hanumanhalli, a village in Kolar district of Karnataka. The two-foot-wide entrance at the base of a hill is barely noticeable to passers-by, but it leads to an underground world where colonies of rare bats thrive. One of the species found here is the critically endangered Kolar leaf-nosed bat. A population of about 150-200 of these bats is known to exist only in this cave, and nowhere else in the world. As Puttaswamiah stands at the entrance he notices that it is littered with guano or bat shit. A rotten, pungent odour wafts through. About a decade ago, when he first started exploring the world of bats, the smell gave him crippling migraines. Now he seeks it out. He straps a lamp to his head, takes one long breath, squeezes through the crack and disappears.

The Kolar leaf-nosed bat (Hipposideros hypophyllus) is listed as “Critically Endangered” on the IUCN Red List of Threatened Species. It was first described in 1994 by taxonomist Dieter Kock and ecologist HR Bhat, who came across the unidentified species in two caves in Karnataka’s Therahalli and Hanumanahalli villages. The bat had a leaf-shaped nose and an additional “leaflet” underneath it that set it apart from the rest. A quick taxonomic study confirmed that the species was new to science. The scientists named it Kolar, after the district it was discovered in. But just as quickly as it was named, it vanished from memory. 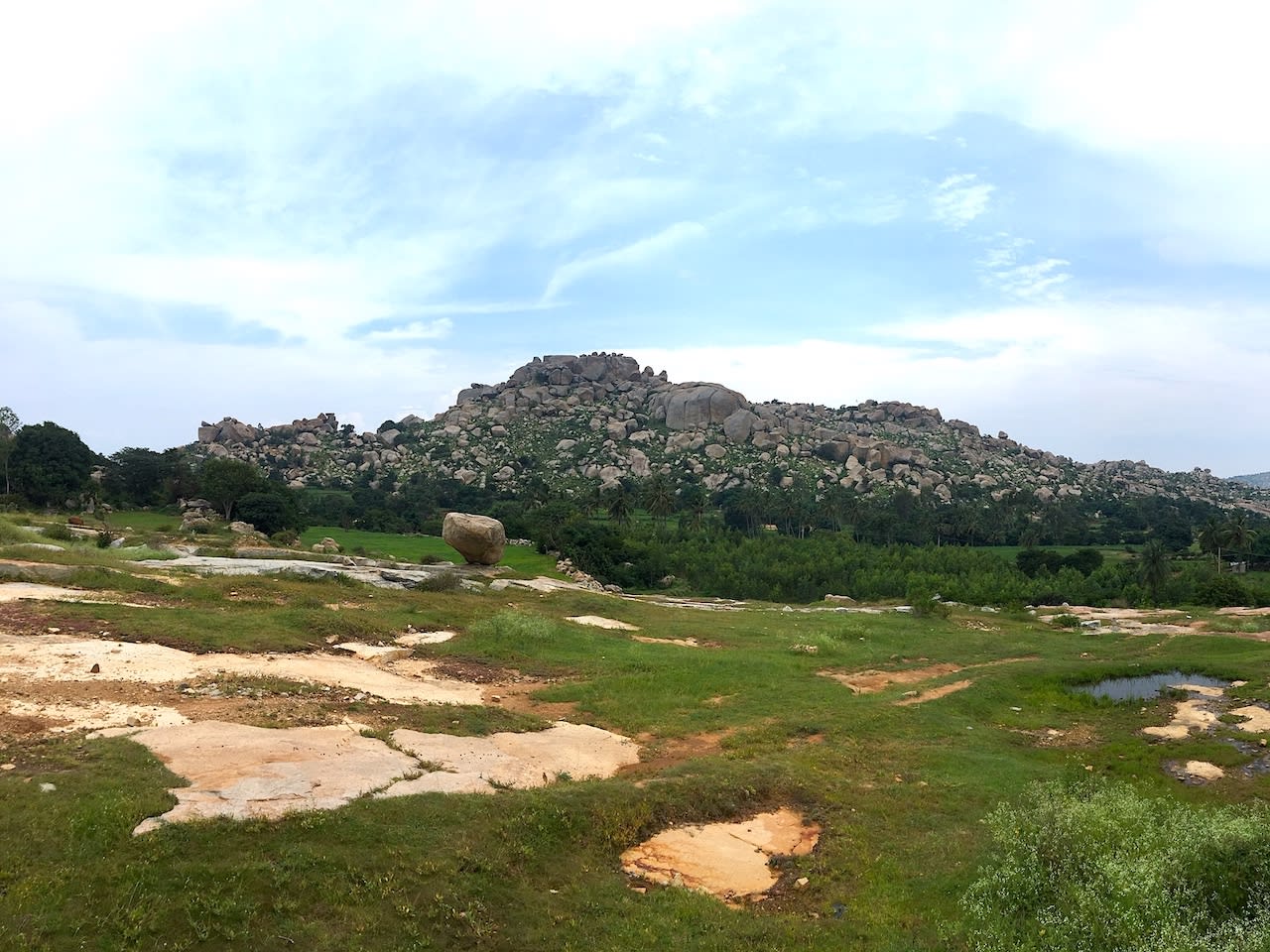 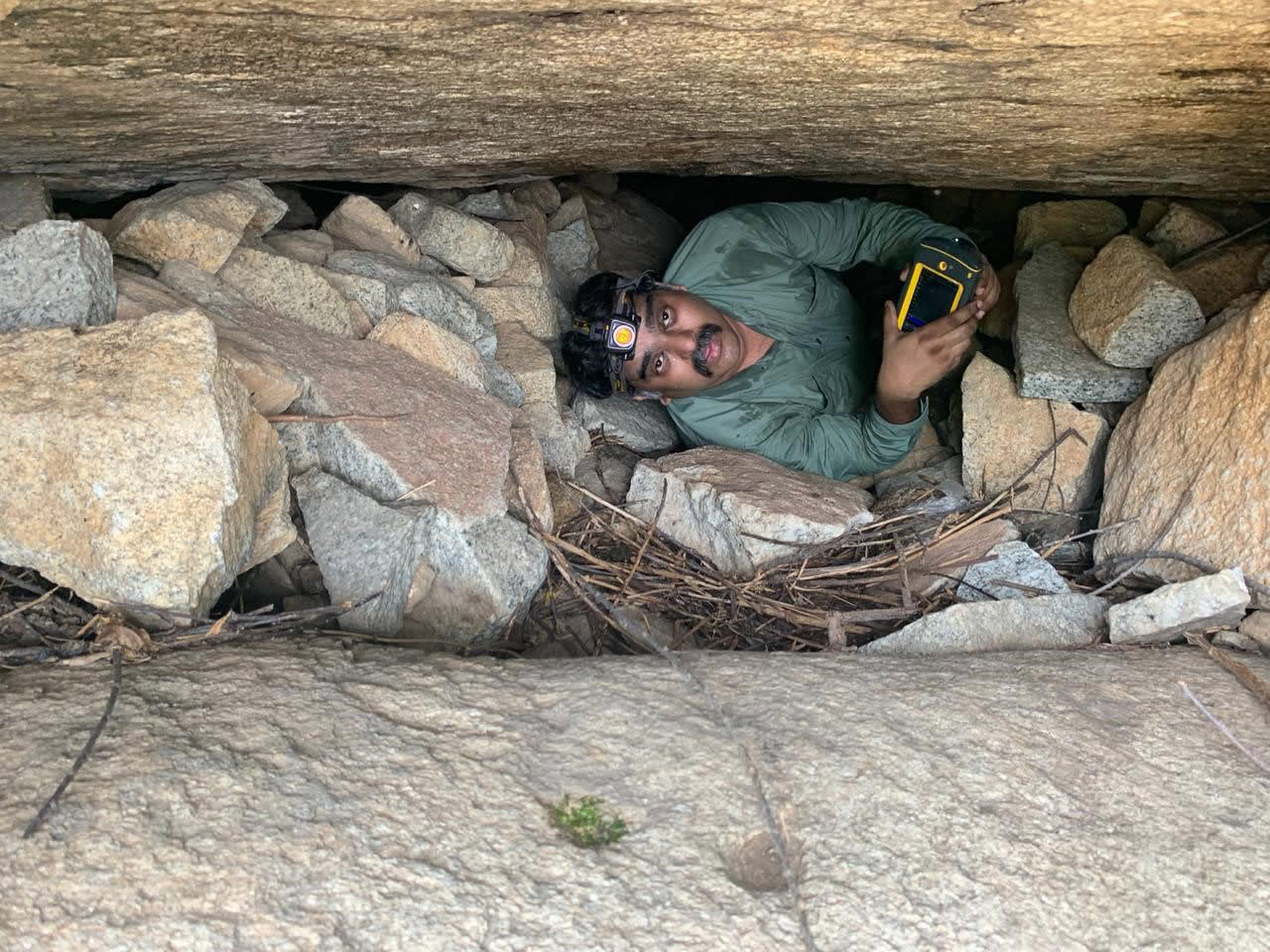 (Left) Therahalli cave is located at the base of rocky outcrop in Kolar, Karnataka. Like subterranean caves, rock outcrops too are ignored habitats that need more protection. (Right) The entrance to a subterranean cave is often narrow and hidden. Rajesh Puttaswamiah tries to squeeze through the entrance of Hanumanahalli cave. Photos: Rajesh Puttaswamaiah (left), Malaika Vaz (right)
Cover photo: The Kolar leaf-nosed bat is a critically endangered species of bat that has only been found in one cave in the world, in the Kolar district, Karnataka. Cover photo: Yashpal Rathore

About 19 years later, in 2013, through what seems like a series of unrelated coincidences the bat’s fate started turning. In August that year, wildlife biologists Rohit Chakravarty and Rohit Jha published a story in wildlife magazine Sanctuary Asia about their trip to the cave in Hanumanahalli. “Despite being the most species-rich mammalian order in India, bats have received scant attention. And being forgotten is not reserved for the Kolar bat,” they wrote. They also mention another forgotten bat, the Khajuria’s leaf-nosed bat (Hipposideros durgadasi) that was first described in the 1970s, but still remains understudied.

Around 2002, Bhargavi Srinivasulu, a research scientist from Osmania University, Hyderabad, was studying bats and had taken it upon herself to track the Kolar leaf-nosed bat down. A few visits to Therahalli and she and her team quickly realised that the colony of Kolar leaf-nosed bats in the cave had disappeared. The subterranean cave in Hanumanhalli was now the only known cave to shelter them. Around 2013, she started a campaign to protect the cave.

Subterranean caves are one of the most fragile and understudied habitats. One, they are almost inaccessible, often buried underground with narrow openings in obscure places. Two, they shelter unpopular creatures such as bats, beetles, roaches, and other insects that have been largely ignored in conservation efforts and plans. However, these caves are extremely delicate and vulnerable to external changes, especially to human intervention. Deforestation, construction of roads, quarrying, all destroy entire caves. Since they largely go unnoticed, a habitat and many endemic species are often wiped out even before they are scientifically identified.

The bats of Therahalli probably met this fate, but no one knows for sure. The subterranean cave is less than 100 feet from a busy road, and locals often use its roof to dry millet (ragi) and other grains. The area is often crowded with tourists who use the place as a picnic site. Beer bottle and empty packets of chips are littered around the area. When Puttaswamiah visited the cave in 2015, the entrance to the cave was blocked by rocks. “Bats have a very poor reputation and are often vilified. Many wrongly believe they pluck your eyes, suck blood, and are bad omens,” says Puttaswamiah. “Sometimes villagers notice a subterranean cave with bats, assume it is a nuisance and block it.”

Hanumanhalli is just as vulnerable. It is an extremely narrow subterranean cave, located at the base of a hillock, and the entrance slopes downwards into the ground. “Think of it as a diagonal, horizontal slit that cuts through the rock, and barely increases in size. At no point can you stand or even sit in the cave, you have to belly-crawl all the way,” says Puttaswamiah. After he crawls for about 12 feet, the colony of bats becomes visible. For Kolar leaf-nosed bats and others that share the space, these caves provide temporary shelter. They roost, hanging upside down on the roof during the day, and rush out in flocks at dusk to forage around the area. Their guano is a source of food for many species of beetles, roaches, and crickets that live inside the cave. The bats feed on insects in the farms during the night, keeping pest populations in check. “The Kolar-leaf nosed bat is extremely sensitive and requires a particular micro-climatic environment,” says Srinivasulu. “It is this very specific undisturbed environment that the Kolar leaf-nosed bat thrives in. A slight change in the weather, and the bat’s survival is threatened.”

(Left) The Kolar leaf-nosed bat is a small species of bat weighing about 4 grams. It is recognised also by its brownish-black and golden fur. Photo: Rajesh Puttaswamaiah

For several years, the Hanumanahalli monolithic rock was also illegally mined for granite. Through Srinivasulu’s efforts and work with the local forest department quarrying has been banned in the area since 2015. “We spoke about the Kolar leaf-nosed bat to everyone we could meet. We started publishing articles in the local language, we wrote letters to the district collector in Kolar,” says Srinivasulu. In 2019, the cave, and about 94 hectares around it were demarcated as a conservation reserve. But despite these critical steps, their work is far from over. The barbed wire fence that marks the reserve has been hacked in places. Granite miners lurk on the reserve’s edges. Some villagers have also been seen trying to capture bats for medicinal purposes. “One misstep and we might lose an entire species,” says Puttaswamiah.

There is very little information on what this bat forages and what sort of changes in habitat might impact its survival. How do you protect a species you know so little about? Puttaswamiah has recently received a Habitats Trust Grant (15 lakhs) to work towards the maintenance and recovery of the Kolar leaf-nosed bat population. The plan is to understand their foraging area and prey base to develop a long-term conservation action plan for them. Any sudden change in land use or agricultural practices could alter insect diversity thereby affecting the food source for these bats. Eventually, Puttaswamiah plans to educate and influence farmers of the surrounding region to adopt organic farming so the bats have enough insects to feed on. “We are trying to instill pride and responsibility among the locals. We keep telling them how this bat is found nowhere else, if locals are not invested in their conservation, there is very little we can do,” he says.