Spotted! A Leopard on the Prowl

Without timely conservation measures, the enigmatic Panthera pardus might end up in greater conflict with humans 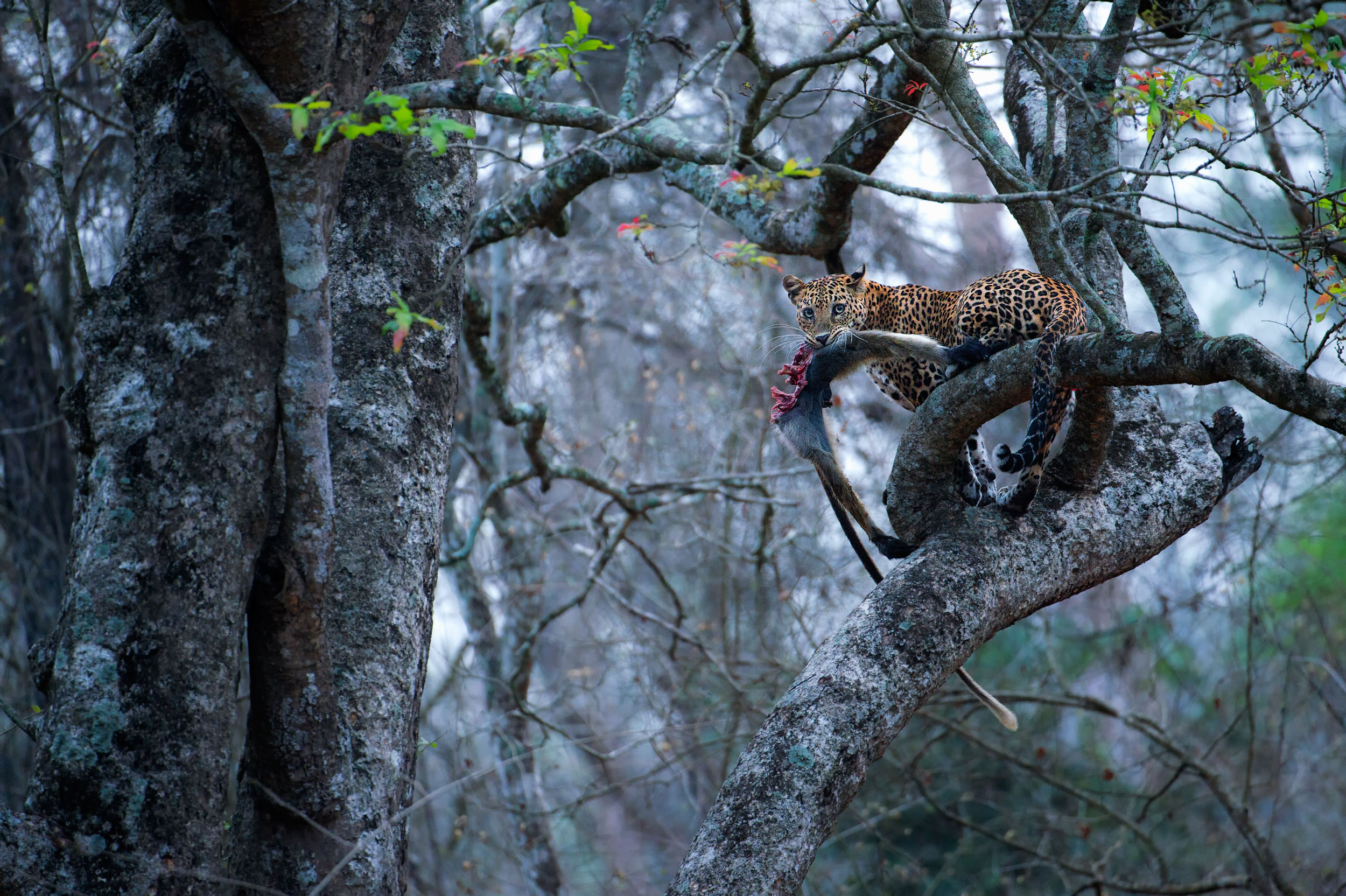 These days when you hear of a leopard, it’s largely in the context of them entering a house, a warehouse, or a school. The Internet is full of footage of leopards trying to escape from a melee of people, or mauling a person. But there is a lot more to this spotted cat that originated about a million years ago in Africa. The modern-day leopard belongs to the genus Panthera that also includes tigers, lions, and jaguars. They all share the ability to roar due to the unique modifications in the larynx and the elastic hyoid bone structure (bone in the front neck area).

Leopards (Panthera pardus) are one of the most geographically widespread wildcat species. They have been documented in 63 countries from sub-Saharan and northeast Africa to Central Asia, India, China, and down to the Indonesian island of Java, which is the easternmost limit of its range. They are found in every habitat except snow-capped mountains and true deserts. We see them in forests, scrubland, savannah, plantations, and sugarcane and maize fields — literally every possible habitat that provides them cover and food. 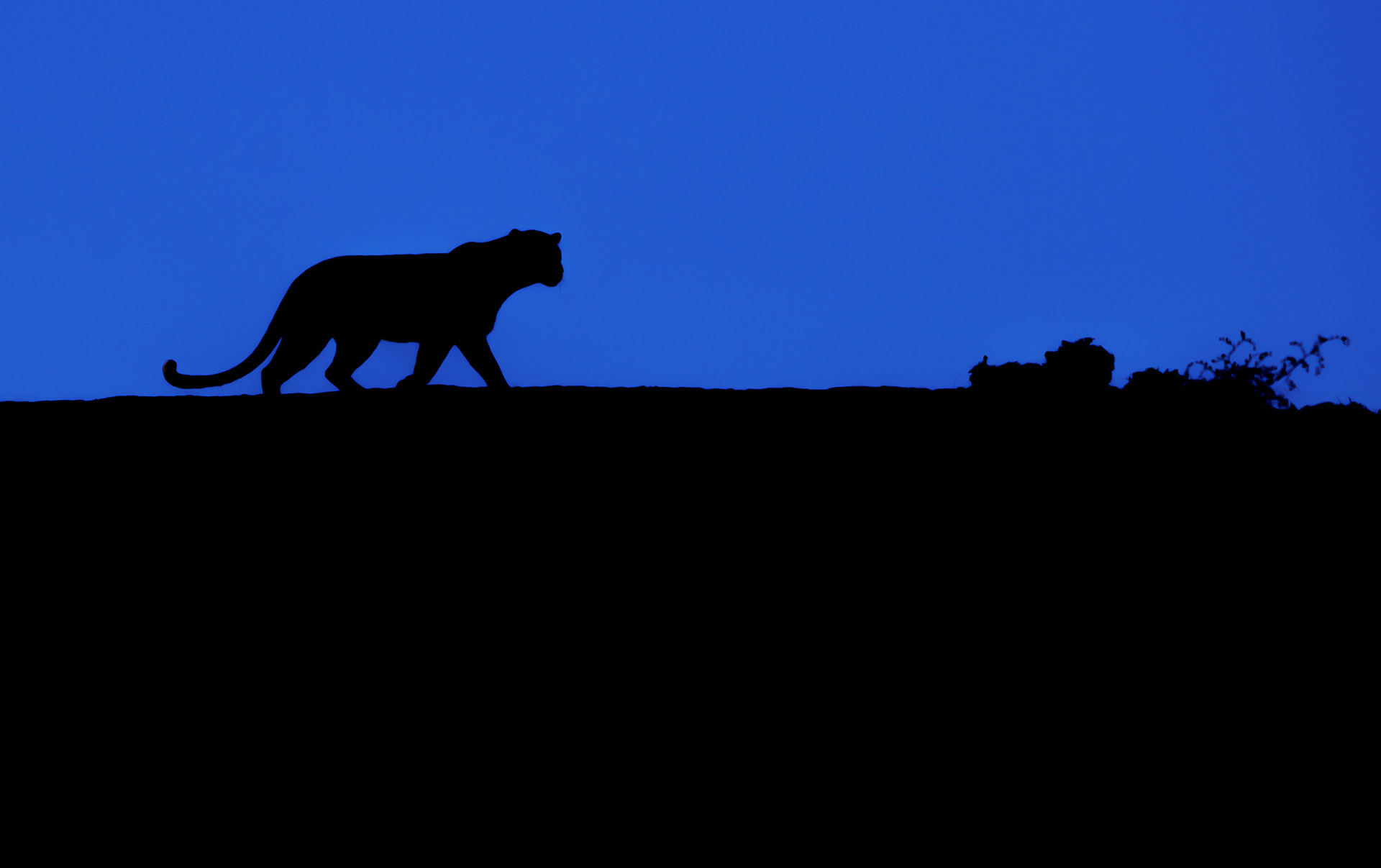 Leopards and humans have a long history. The big cats have lived among areas of human density for centuries and continue to do so even today. Photo: Dhritiman Mukherjee Cover photo: A leopard with its monkey kill in Nagarhole National Park, Karnataka. Leopards take small prey but cannot perpetually survive on snack-sized kills as they require around 5 kg of meat per day. Cover photo: Pranavsinghi1998 CC BY-SA 4.0

There are nine subspecies of the leopard (one in Africa and eight in Asia). The rarest among these, the Amur leopard (Panthera pardus orientalis), is found in along the Russian-Chinese borders where the temperature can go as low as -30 degrees C, while the Persian leopard (Panthera pardus saxicolor) of Central Asia where temperatures can reach 50 degrees Celsius in summer. In India, Panthera pardus fusca is found almost everywhere, except the desert landscapes of Rajasthan and Gujarat, and the frozen areas of the Himalayas.

Despite their vast range, three leopard subspecies are categorized as critically endangered, and two are endangered. Compelled by results of studies that show that leopards currently survive in only 25 per cent of their historic home range (since 1750), the IUCN Red List recently changed its listing from “near threatened” to the “vulnerable” category.

The adaptable cat
Two factors make the leopard an adaptable and vagile species: it is a habitat generalist, meaning it is capable of surviving in various habitats, and it has a broad-based diet. Studies from different parts of the country and pictures from my camera-trap studies reveal a variety of food habits of this graceful cat. Though the leopard’s diet varies from rodents that weigh a few hundred grams to the sambar deer weighing over 200 kilos, studies show that it prefers prey that is around 23 kg — very similar to what goats and sheep weigh. This is what makes it survive in human-dense landscapes. Unlike some large predators, leopards adapt to changing situations.

The rosette patterns on the leopard's body help it to camouflage amidst vegetation so that it can stalk, get closer to prey, and hunt successfully. This photo was taken in Rajaji Tiger Reserve, in Uttarakhand. Photo: Dhritiman Mukherjee

It may be very difficult for tigers to survive if all the large wild prey (like gaur, sambar, chital, wild pig) is unavailable in an area. Similarly, if blue sheep, ibex, and argali are low in numbers, snow leopards will be fewer. In contrast to how other large carnivores behave, leopards adapt to easy pickings — domestic livestock, dogs, and smaller wild prey such as primates will do. However, when the frequency of livestock deaths by leopards increases, it affects the livelihood of people and becomes a pinch point between humans and leopards.

Indian scenario
India is the stronghold of the subspecies Panthera pardus fusca with more than 97 per cent of the extant range found within the country. However, there are no studies that provide an estimate of leopard populations for the entire country. Though the Wildlife Institute of India announced a population of 12,000-14,000 leopards, it was based on areas sampled for tigers, while leopards are found in areas beyond tiger habitats.

Our camera-trapping studies in Karnataka, covering an area of over 4,000 sq km, have revealed nearly 500 individuals. Even small scrub, dry deciduous habitats such as the Chamundi Hills — a small patch of forest adjoining the historical city of Mysuru — has an estimated five individual leopards. This area is less than half the size of New Delhi’s Indira Gandhi International Airport. Hence, my educated guess is that the population of leopards in India could be closer to about 25,000 adult individuals.

What role do these thousands of cats play in the ecosystem? Not a question that has been studied scientifically, but from my years of experience as a conservation biologist I could list out a few.

Rocky outcrops are extremely important habitats for leopards to survive and breed, especially outside protected areas. But these ancient rock forms are severely threatened due to quarrying. Photo: Dhritiman Mukherjee

For one, leopards keep small to mid-sized carnivore populations under check through predation and thus maintain stability in the functioning of the ecosystem.

I would also like to propose the following though it has not been proven or confirmed. A large part of the leopard’s diet includes herbivores that feed on fruits, seeds, flowers, and other parts of a plant. When a leopard eats a herbivore, it transports the seed inside the herbivores’ stomach to a different part of the forest and defecates. This is called diploendozoochory, and makes the leopard a secondary disperser of the plant. Similarly, leopards eat hares that are grass-eating animals. The seeds of grasses are transported by leopards to different parts of its habitat, where they could subsequently grow. In this way the leopard may help in growing the food of its prey.

But how do we convince people that they benefit from the presence of these big cats? Leopards help balance the ecosystem also by keeping wild pig, nilgai, peafowl, and other crop-raiding wildlife under check by feeding on them. One study even said that leopards bring medical benefits to people by consuming stray dogs thus reducing the transmission of rabies.

Pressing concerns
The leopard has done reasonably well in India due to the protection it receives under the law, and the tolerance of communities that accept the loss of livestock to this large carnivore. However, the fabric of tolerance falls apart when human injuries or deaths occur. “Sir, it was fine when the leopard took our poultry and goats, but it has started to kill people and we are unable to venture out of our houses”, a short, middle-aged lady expressed in pain, in Doddamalavadi village in south interior Karnataka where leopards survive amidst areca nut plantations. I was there to assist the authorities with camera-trapping leopards that had killed four people in three months including two young children. Despite such huge losses, in a show of extraordinary benevolence, the lady said, “Please shoot only the leopard which is killing people and not all leopards”. 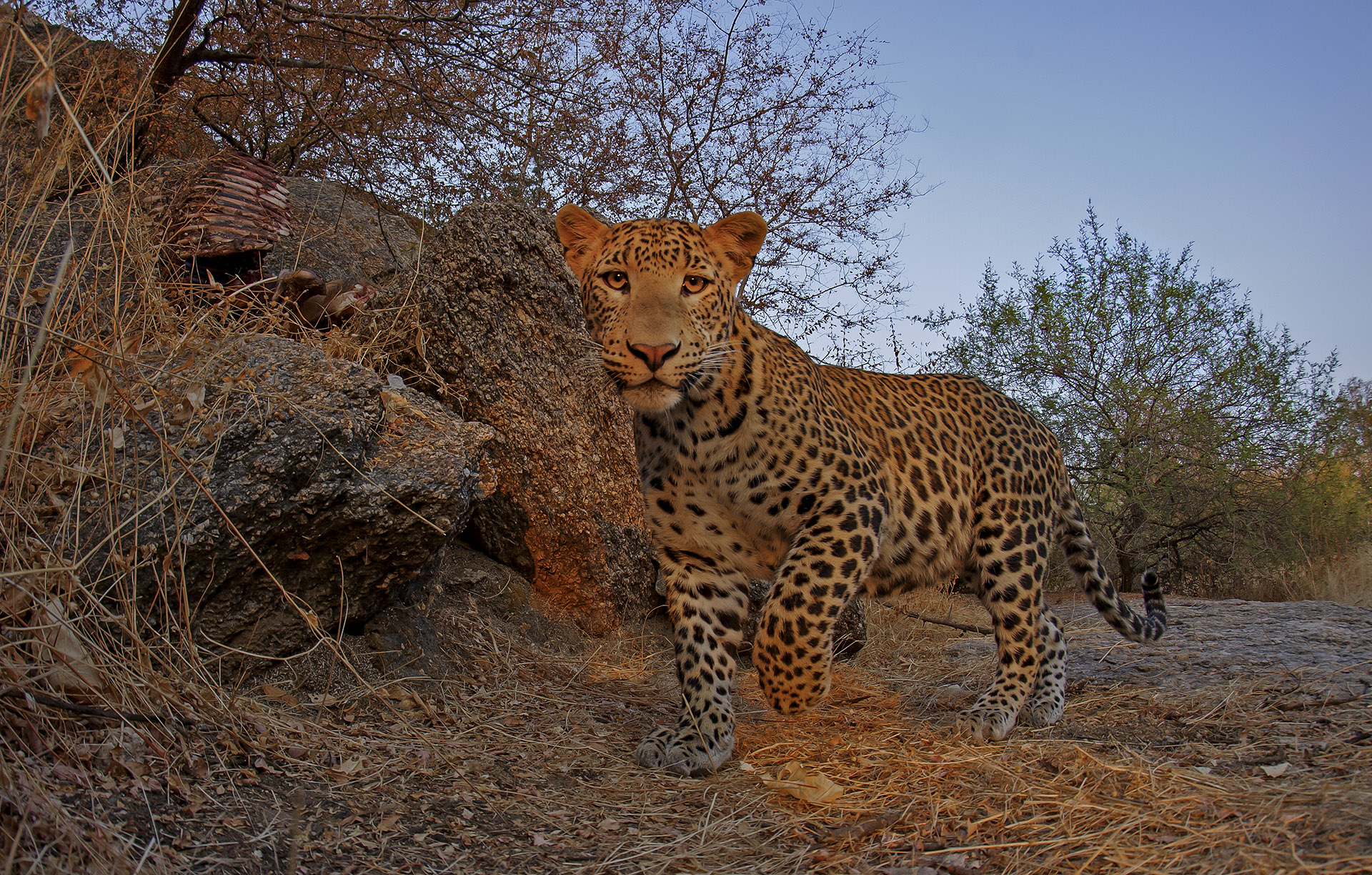 Estimating numbers using camera-traps for a widespread species like leopard should be done at a few selected sites. Photo: Dhritiman Mukherjee

Today, the world in which the leopard survives is fast changing. The rocky outcrops in the Deccan, the Vindhyas and the Aravallis are disappearing at an untenable pace due to a boom in the construction industry. Crucial leopard habitats are being blasted and cut to harvest granite and marble. Dry deciduous, scrub forests are being gouged for iron ore, coal, and other minerals. In the face of habitat loss and fragmentation, the leopard has adapted by shifting to human-dense landscapes, especially outside protected areas.

Similarly, when its natural prey diminishes to low levels or is exhausted, it is drawn to new sources of food: domestic livestock and dogs. Our research in Karnataka shows that poaching of wild prey is rampant and is eight times higher outside protected areas. Such scenarios force leopards to turn to livestock for survival.

Leopards also face threats from poaching as there is a big demand for their fur, bones, and claws in illegal markets. Additional deaths are caused by vehicular accidents, retaliatory killing due to conflict, leopards falling into wells, and dying in snares set for other wild prey. The number of unnatural deaths adds up in this way, and can have an impact on the leopard population.

Though the leopard is doing reasonably well in India, we need to prioritise its natural habitats, especially outside protected areas, for the long-term survival of the species. This will also protect the leopard’s wild prey, which will help the charismatic cat and go a long way in reducing the existing conflict between leopards and people. 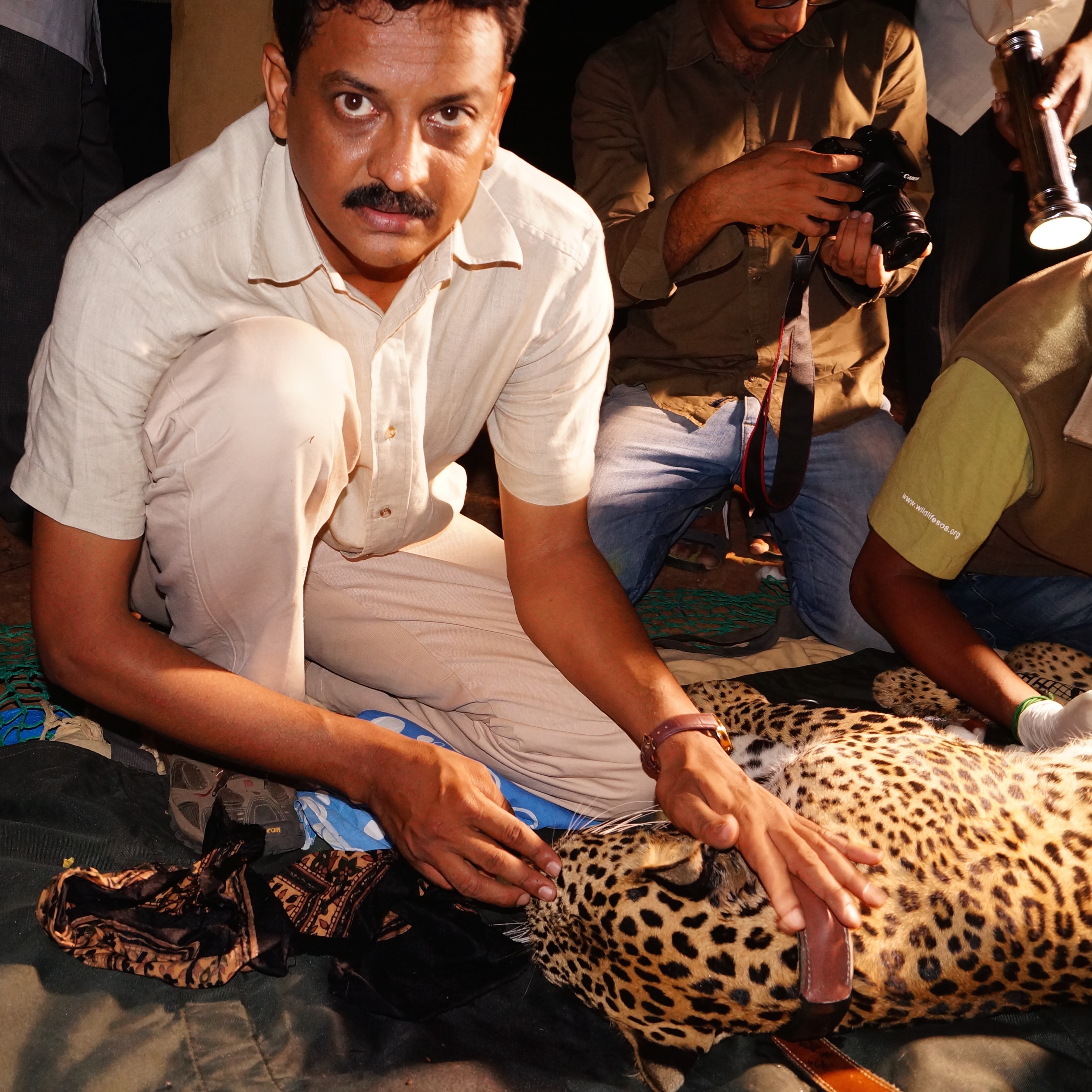 is a conservation biologist and studies leopards in southern India.