Tales of culture and conservation, from the West Kameng district of Arunachal Pradesh

Sonam Wange, a student of class six from the government-run school at Singchung, Arunachal Pradesh, is busy cutting paper feathers for a bird mask. He is one of many students at the local nature camp, conducted by the Shergaon Forest Division, and held every October since 2011. Through exercises that combine art and science, the camp helps participants like Sonam explore and understand the forest around them — and scientific researchers like me, interact with students and we exchange valuable information through our learnings. So far, a 150 local teachers and 500 students have enrolled in the weeklong sessions.

Sinchung village is located in the West Kameng district of Arunachal Pradesh, around 40 km from the famous Eaglenest Wildlife Sanctuary. It is a place of immense natural beauty, and a hotspot for diversity, especially birds. In fact, research has shown that on a 1,000 km2-scale, the region centred around Eaglenest is second only to the eastern slope of the Andes in South America, in terms of bird diversity. But there is one bird in particular, for which the village is known: the little bugun liocichla, with its mostly greyish green plumage, with accents of yellow and crimson.

For it is here, in the forests owned by Sinchung, that the small, passerine bird was discovered in 2006. Back then, Dr Ramana Athreya and his team were documenting the biodiversity of the area, and exploring its potential for bird-based tourism. It was my first year as a volunteer, and conservation activities in the region were still at a nascent stage. The most important finding that year, was the classification of the bugun liocichla. It was the first bird to be discovered since India’s independence, and the species that put these forests on the global bird-tourism map.

It was a conservation game-changer for the area. Dr Athreya named the bird in honour of the Bugun people, whose forests this bird was found in. The Buguns are an indigenous community with a population of about 2,000 people, spread across 12 villages that are dotted outside the forests of Eaglenest Wildlife Sanctuary. Sinchung in particular, is significant because the bird was discovered in the village’s community-owned forest. 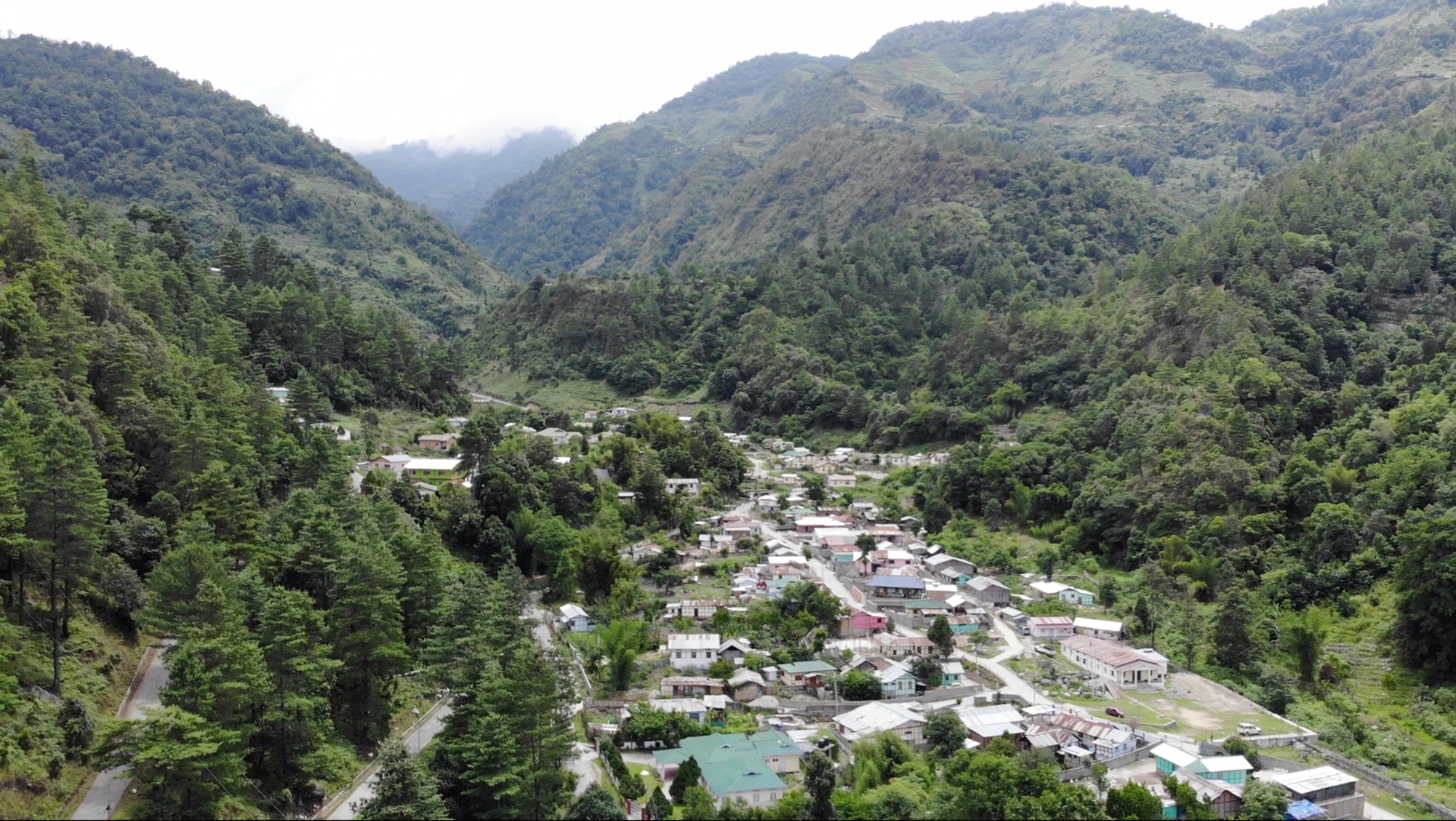 Singchung village is located in the West Kameng district of Arunachal Pradesh. The region is a biodiversity hotspot, with numerous species that are yet to be classified. Photo: Shaleena Phinya The bugun liocichla was officially discovered in 2006, and was the first avian species to be classified after India became a republic. It is classified as critically endangered by the IUCN, with 14 known individuals. It is one of five bird species in the genus Liocichla. Photo: Rohan Pandit

Keen to understand the relationship between the locals and their habitat, researcher Binod Borah and our team did a baseline survey, in and around the home of the bugun liocichla. The goal was to understand what residents actually felt about wildlife and conservation.

Our study yielded three main factors that influenced their attitude towards conservation. Most respondents prioritised “ecosystem services”, with cultural reasons and pride coming a joint second. Ecosystem services are defined as “the direct and indirect contributions of ecosystems to human wellbeing.” For example, the main water-supply of Singchung village comes from the forest where the liocichla was discovered, and continues to inhabit. Therefore, maintaining the forest ecosystem also means water security for the villagers, (a.k.a. an ecosystem service). Culturally too, the forests have deep significance. Like many clans in the region, the Buguns have sacred forests and mountains that are deeply revered by the community. Mt Jomou for instance, is considered the holy mountain of the Phiang clan (one of the four Bugun clans), and is located within Eaglenest Wildlife Sanctuary.

Learnings like this have been integrated into the nature camps, so children like Sonam can understand the links between conservation and culture. The creation of these camps was helped immeasurably by Millo Tasser, the Divisional Forest Officer of Shergaon Forest Division (of which Eaglenest is a part); he has been a big catalyst for conservation in the area.

In 2017, residents of Singchung village, along with researchers and the forest department, took the important step to formally protect the home of the bugun liocichla. An area of 17 sq km of community-owned forests was set aside for the Singchung Bugun Village Community Reserve (SBVCR), created to protect biodiversity in the region. Since then, community involvement has only increased.

Earlier this year, the Singchung Bugun Village Community Reserve was awarded a prize by the National Biodiversity Authority (NBA), for its efforts in conserving the region’s natural ecosystem. This is the view from the reserve, which lies adjacent to Eaglenest Wildlife Sanctuary. Photo: Rohan Pandit

Ten young locals — all under the age of 30 — from the Bugun community of Singchung, patrol the forests daily, and live at the anti-poaching camp located at the entry of the reserve. They are trained to handle human-snake interactions, conduct nature-education lessons with school children such as Sonam, and host adventure-course activities, including in rappelling, jummaring, and, tree-climbing, which generates revenue for the reserve.

This year, Shaleena Phinya, a member of the SBVCR staff and Bugun filmmaker-in-training, is working on her final project where she explores the parallels between her tribe and the critically endangered bugun liocichla. Just like the bird, she says, the Buguns of Singchung are facing multiple threats. There are only 14 breeding bugun liocichlas on the planet, found only in Singchung’s community forests and Eaglenest Wildlife Sanctuary; and there are only 350 people in her village. The residents face complex socio-cultural challenges too: The Bugun language is listed in the Catalogue of Endangered Languages, and there is only one priest left who can perform rituals for their traditional festivals.

Members of the patrol team from the SBVCR. This year, three individuals trained at the centre, conducted their first learning sessions. They gave a group of students an introduction to Eaglenest Wildlife Sanctuary, and an overview of the snakes and birds found in the area. Photo: Anthony Tallo

Then, there are land-use issues with which to contend. A number of Singchung’s residents recently received compensation from the Indian army, for land that was acquired after the 1962 war. (Following the war with China, the Indian army acquired chunks of land from locals so they could have a greater presence in the area.) Unfortunately, this cash inflow was not buffered by investment knowledge, and long-term planning for the future. A lot of the Bugun’s community-managed lands (outside the reserve) have also been leased to outsiders for agriculture.

For now, the reserve ensures that the bugun liocichla’s forest is secure. Ultimately however, the future of the species and the habitat depends on the next generation, on children like Sonam Wange and his batch-mate Dorjee Bachang. Dorjee has attended the camp at Shergaon Forest Division three times so far, and is a keen and budding birder. This year, he even took some of the other kids at the camp on a little bird-watching tour: To show them the little bugun liocichla, in their very own community-run reserve. 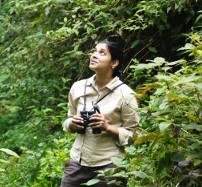 has been working in Arunachal Pradesh for the last decade, and is part of the Singchung Bugun Village Community Reserve Advisory Board.

The Conservation Paradox: Missing the Meadows for the Green Turtles