Without healthy freshwater ecosystems, there is neither hope for indigenous fish species nor humankind 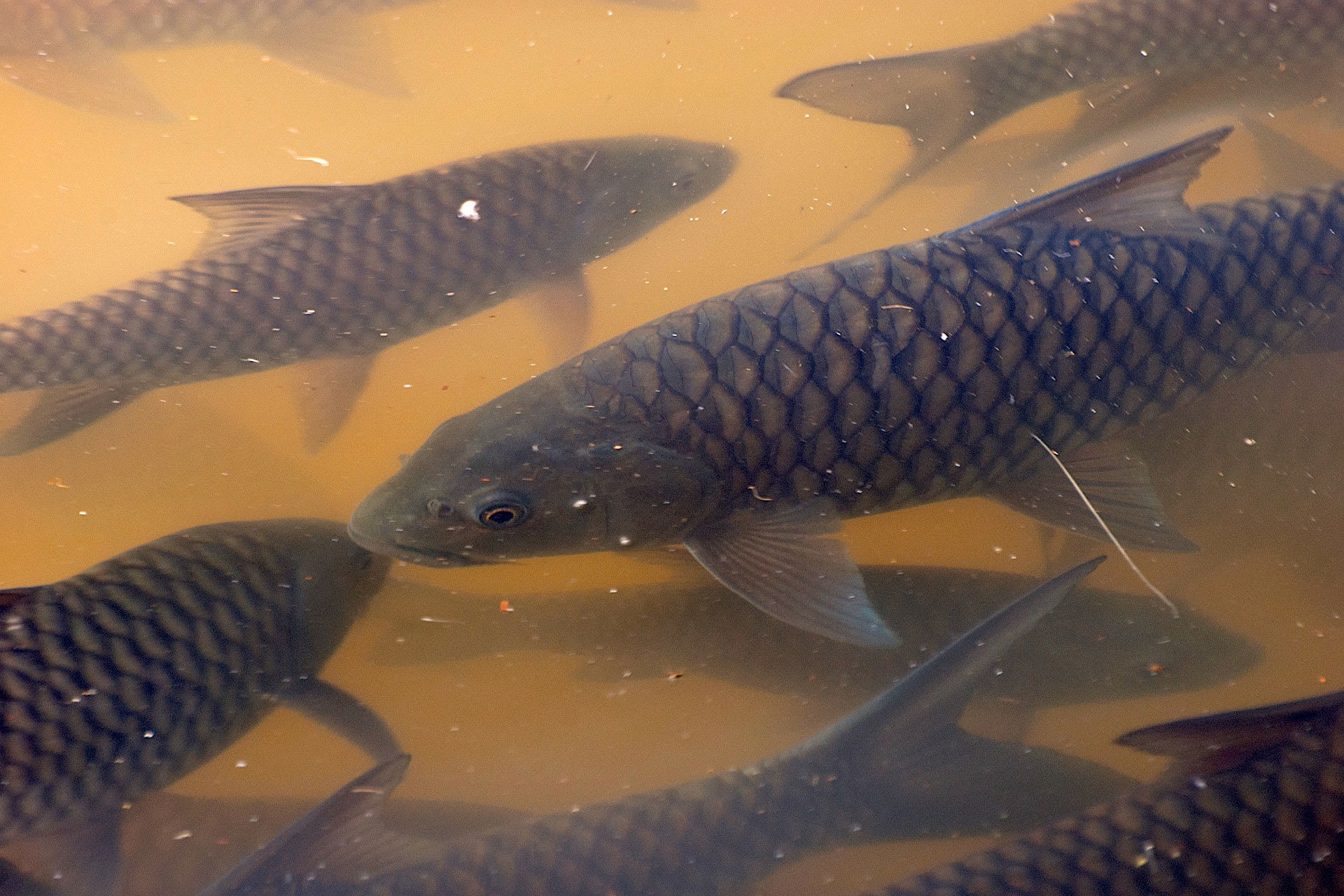 Sathegala, bordering the serene Hanur range of the Cauvery Wildlife Sanctuary, is well-known amongst fish enthusiasts. Both the kind who head to the “fish-fry” stalls for a delicious meal and those who grit their teeth at the knowledge at how these fish are procured. One monsoon afternoon, my colleagues from the Wildlife Association of South India (WASI) and I stopped at the fish stalls en route to Shimsha and bought fresh tilapia for the night’s barbecue. Tilapia are non-native and invasive in India and must be removed from our waterways. Fortunately, they do well on a grill.

Sathegala’s fish stalls have a poor reputation amongst fish conservationists, especially members of WASI, an NGO engaged in conserving the native fish of the area. However, they promise the occasional discovery of a rare species of fish if one gets lucky. That day, there were snakeheads (a fish species) in a bucket along with freshwater eel, gobies, knife fish, and several native catfish, including the critically endangered Nilgiri mystus. The tilapia and kalabans were laid out on a table — still alive and tangled in their nets — their gill plates beating with steadily diminishing vigour. There was also an assorted platter of smaller native catfishes, barbs, and glassfish, all destined to end up in a curry in exchange for 200 rupees. There were the ubiquitous commercial species of rohu, catla, mrigal, grass carp, and common carp too. The latter being major aquaculture or commercial carps, bred and stocked in the millions.

Aerial view of the Cauvery River, which harbours many indigenous freshwater fish species that are unprotected by law and now at great risk. Photo: Ashwin Kumar - CC BY-SA 2.0 Cover photo: The taxonomic status of the Deccan mahseer (Tor khudree) is still a mystery in the Cauvery River system. Its population has expanded greatly in the last 30 years while that of other mahseer species have declined. Cover photo: Ganesh Raghunathan

What piqued my curiosity that day was the cured skins of two large mahseer, hanging among several others available for sale. I felt a bit overwhelmed by the casual manner in which the skins of species that I have studied and come to love over the years were on open display. I asked the vendors why they were strung up. Their answer was brutal in its simplicity. “The skins look good and attract customers.” The matter-of-factness of the ladies caught me off guard and plunged me into the quandary that most freshwater conservationists in India grapple with — of finding a balance between protecting endangered fish species, and accepting that India is a country where fish are in all practicality, a common resource.

The Sathegala Handpost
Tourists at Sathegala open their wallets willingly for the fish on offer, which they claim is among the freshest and tastiest they’ve ever had. And this may well be true because unbeknownst to them, they’re being offered naturally grown and wild-caught native fish — the aquatic equivalent of “free-range chicken”. Consequently, local fishers have a stable source of income they are loathe to give up. The handpost is also where “fish poachers” bring their prized catch and receive cash in exchange, with no questions asked.

Most people do not realise that the fishing around Sathegala threatens the area’s aquatic fauna. The demand for fish far exceeds what the waterways can provide. A false sense of abundance may persist presently, but that is solely due to the monsoons and the incredible resilience of indigenous fish populations. The KRS and Kabini dam gates close as summer hits, and the river water level drops drastically. Fish numbers dwindle, and fishing nets are insufficient to cater to the never-ending demand. Fishers then resort to “dynamite fishing”, where explosives are detonated underwater, especially in pools that fish rely on for safety. When all the fish are blasted out of pools, fishers try to move to the fringes of the Cauvery Wildlife Sanctuary, where the good work of the Karnataka Forest Department ensures a higher degree of protection to aquatic fauna. 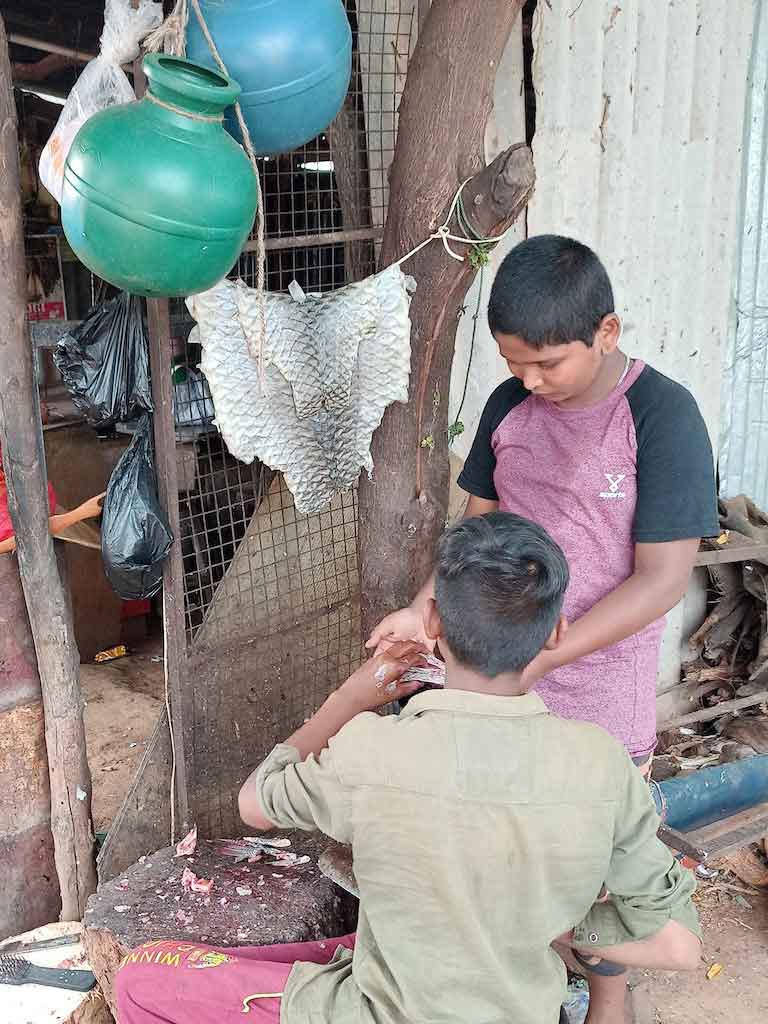 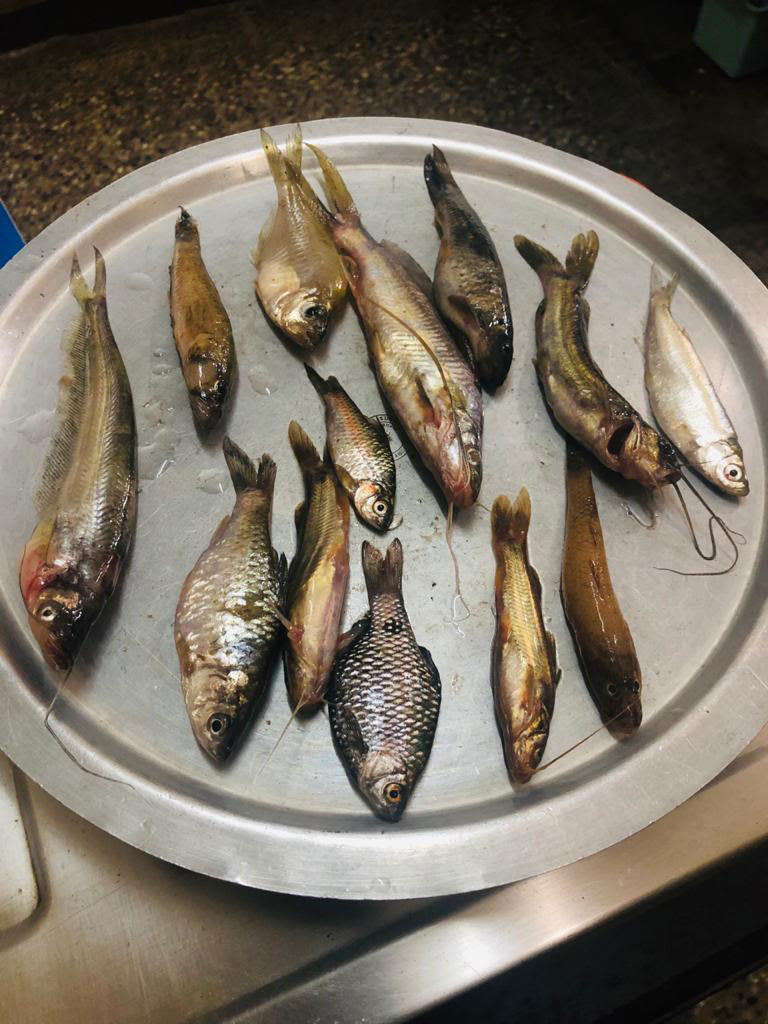 (Left) Mahseer skins hanging at a fish stall at Sathegala handpost, on the fringes of the Cauvery Wildlife Sanctuary. (Right) An assortment of native fish is caught using nets, and displayed on platters and sold at these stalls. Photos: Naren Sreenivasan (left), Shayan Subbaiah (right)

During the unforgiving heat of the Deccan summer, the department is preoccupied with fighting forest fires. Local fishers take advantage of this, threatening to set more hills alight if fellow fishers are apprehended. The Cauvery Wildlife Sanctuary has an impressive assemblage of flora and fauna, many protected under law, but that is a luxury not extended to freshwater fish. Understandably, the management is sometimes forced to look the other way to avoid friction with local fisherfolk. However, in an encouraging turn of events, the Karnataka Forest department, during the 67th wildlife week (2021), publicly recognised the value of freshwater ecosystems and made a call for collective action on their conservation.

A conservation conversation
Conservationists often feel frustrated and helpless at the dichotomies. As a dear friend and colleague once commented, “Sometimes we are so focused on conserving rivers and fish that we forget that many communities make a livelihood from capture fisheries” (commercial fishing of wild fish). This sentiment has resonated with me right from my formative years as a conservationist. But even then, it causes me to wonder. The mahseer skins at the handpost symbolise a secure livelihood for the people. We must accept that, and I do, but if the cost of that livelihood is to “blow up” a river, should we still look the other way? 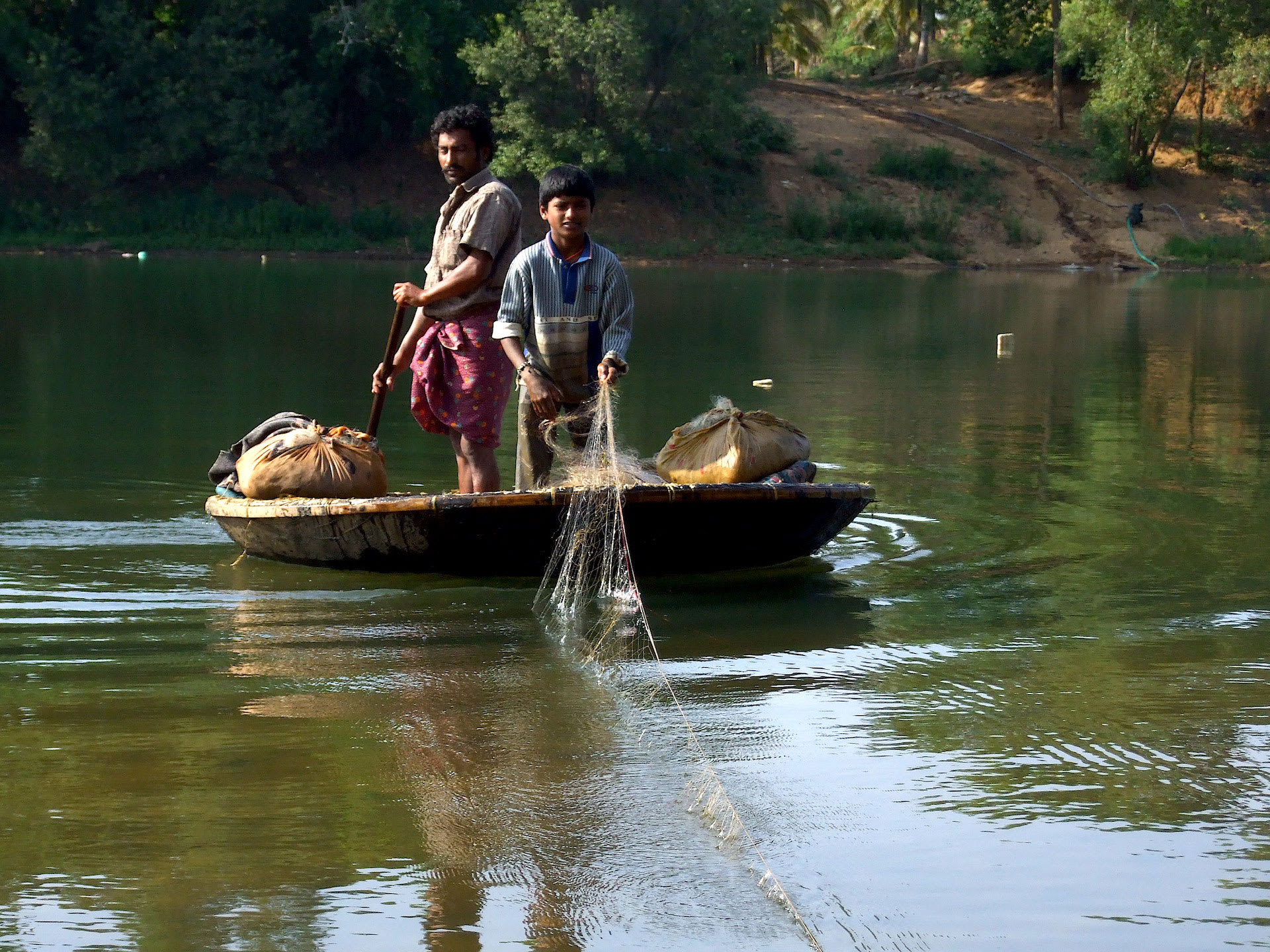 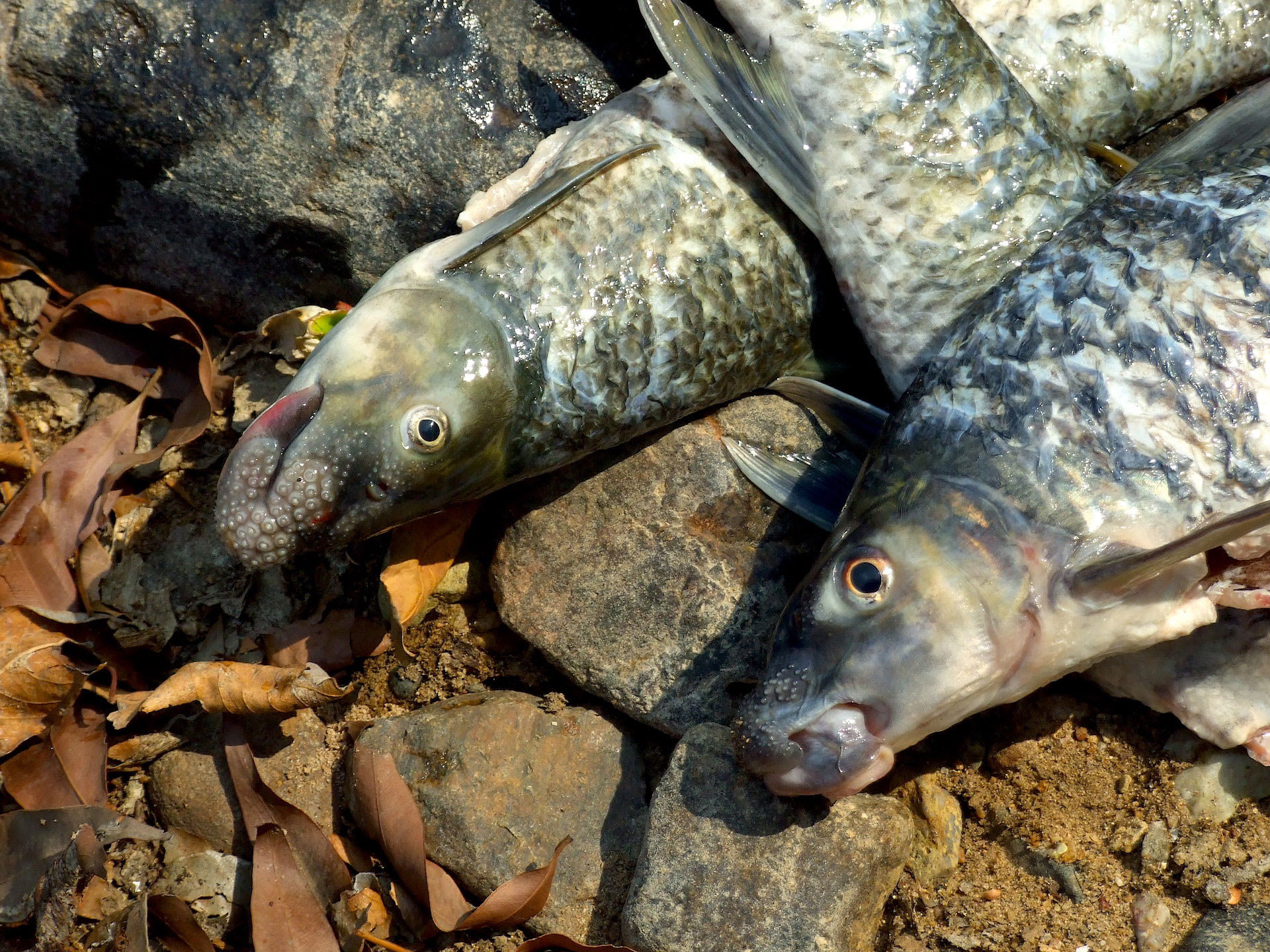 (Left) Fishing in the Cauvery is done mostly using gill nets of varying mesh sizes. Often intensive use of smaller mesh sizes leads to a drastic decline in fish populations in many stretches of the river. (Right) Labeo species confiscated from poachers in the Cauvery WLS. Due to its heterogeneous habitat and protected status, the river in the WLS hosts a good population of various fish species. This attracts unwanted attention in the form of poachers who capture fish using nets or dynamite. Photos: Nisarg Prakash

On the other hand, these communities are dependent on capture fisheries, and a blanket ban on fishing of certain endangered species threatens their livelihoods. Will that be socially accepted? And are we united enough in thought and principle to adopt innovative and practical solutions to ensure that the interests of both humans and indigenous fish are looked after? Without healthy freshwater ecosystems, there is no hope for indigenous fish species. Or humankind, for that matter. Can we find a middle ground?

The idea of conserving indigenous fish is tricky. There are so many angles to consider and so many sensitive conversations to engage with besides the wellbeing of people and survival of indigenous fish. Across the Cauvery alone, there are numerous examples of collapsed fisheries. For example, at T. Narasipura and Talakad, near the confluence of the Kabini and Cauvery rivers, where fishers once enjoyed a diverse catch, produces mainly the “invasive” African catfish, released back alive as it has no market value. In Bengaluru, the Vrishabhavathi and Arkavathi rivers, once part of a glorious system of cascading streams and lakes, are now a polluted mess of toxic sludge and chemical waste. Fisherfolk at Mahalli village once enjoyed a “catch and cook” economy but now find the river water unfit for drinking.

Consider the basin-wide extirpation of the endemic humpback mahseer due to extensive damming and diversion of the Cauvery and her tributaries. Local history records humpback mahseer weighing over 50 kg each from across the basin. Today, however, only two or three locations inside protected areas host these magnificent creatures. This dire situation extends to most indigenous fish. 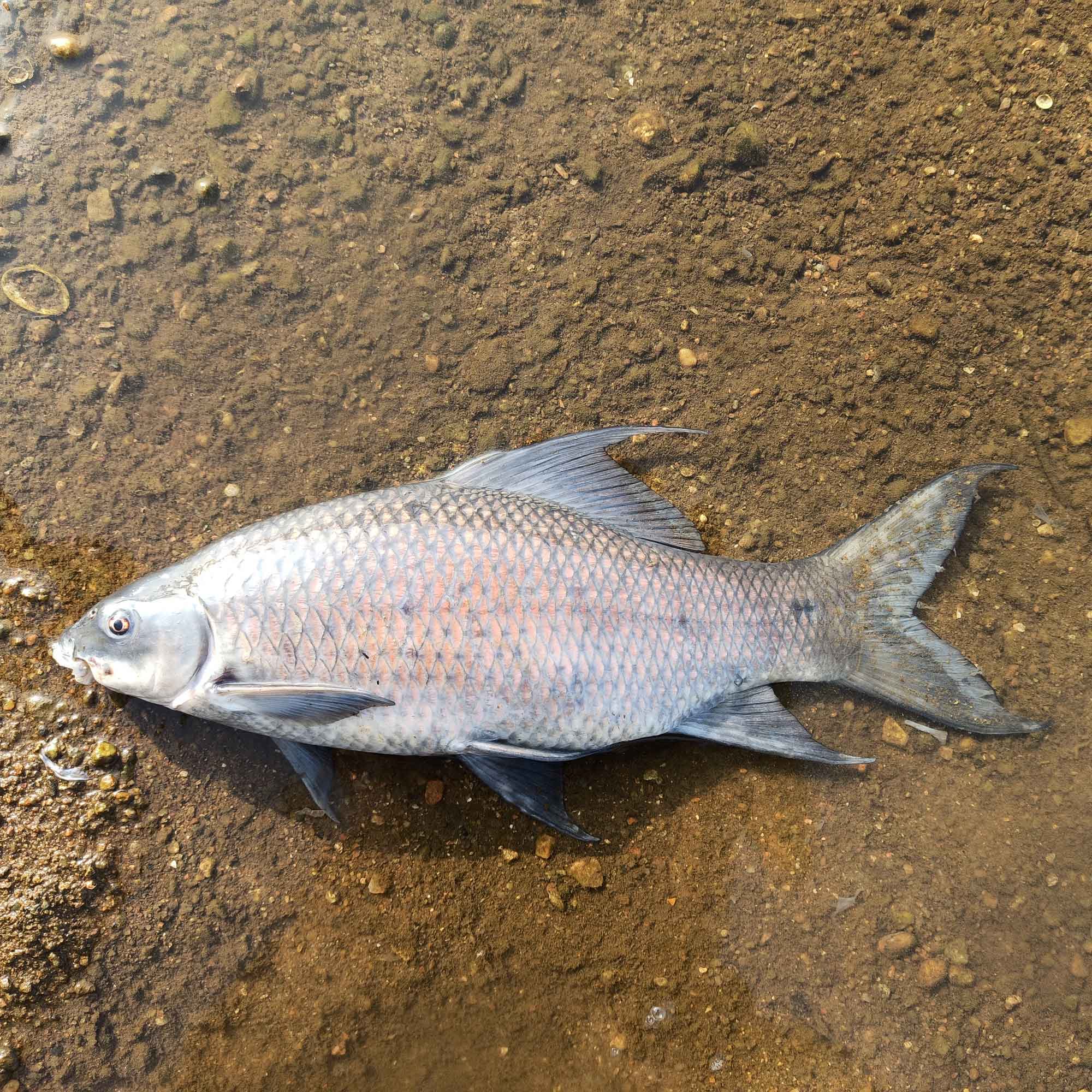 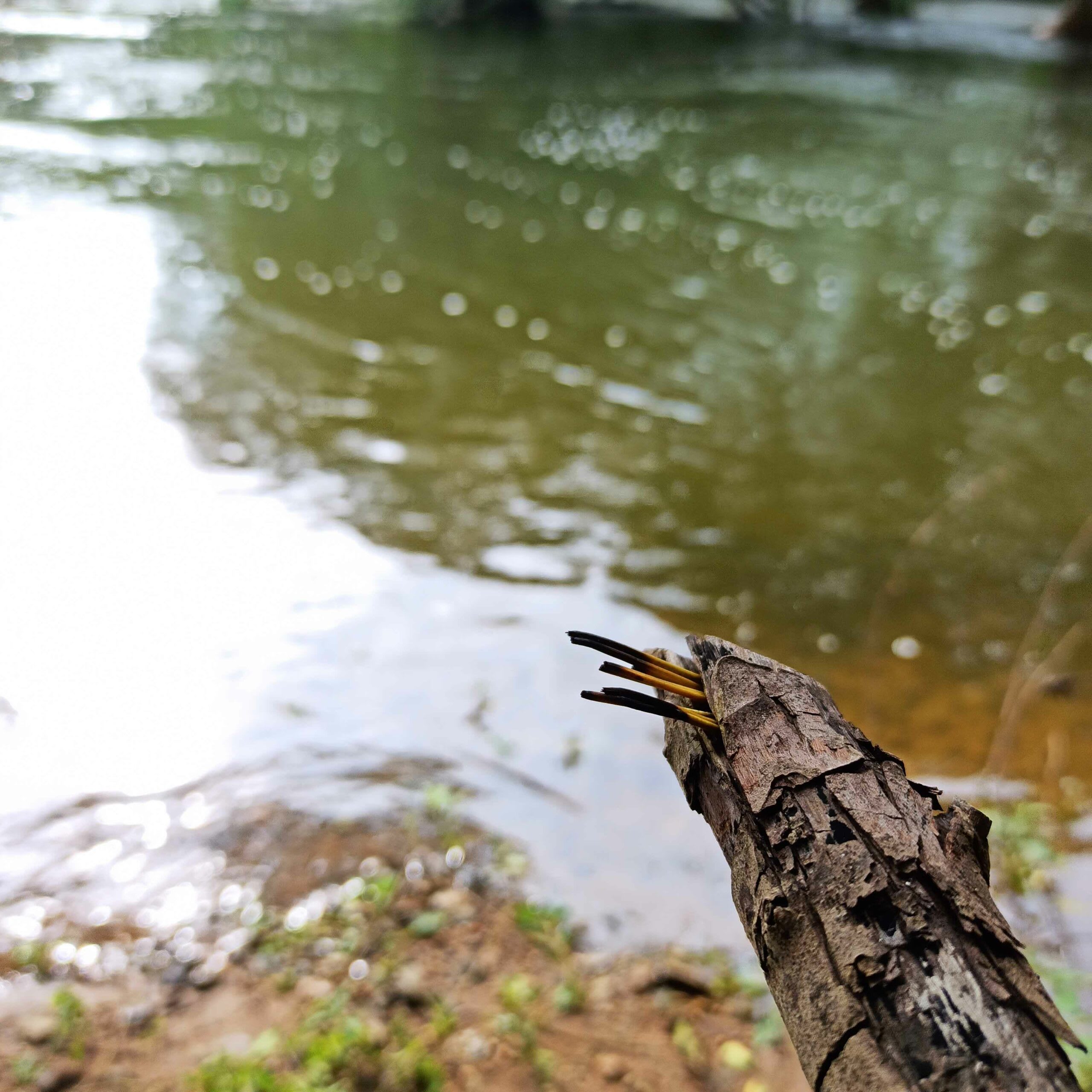 My colleagues and I have spoken extensively about five main threats to indigenous fish stocks: habitat modification, water pollution, competition from exotic species, unsustainable fishing, and the more cryptic confounding effects of climate change. At first glance, they seemed overwhelming and unresolvable, but once we considered that freshwater bodies account for only one per cent of the earth’s aquatic habitat, the problem seemed much more manageable. As conservationists, we understand that there is no single fixed remedy to most conservation scenarios.

Towards a future for all
India has reached a point where we can no longer dam or interlink rivers to solve water problems; that is akin to trying to stop a leaking dam by sticking a finger in it. There are lessons to be learnt from developed countries beginning to remove dams to restore their free-flowing rivers. The Netherlands, a global leader in water management, is investing heavily to restore the natural meandering flow of the River Rhine, and Elwah Dam in Washington state was removed to allow natural spawning migrations of fish. Regrettably, our rivers and lakes are used to dump industrial and urban waste. Existing policies and implementation mechanisms are simply not up to the mark. At a policy level, a new dialogue is required to tackle habitat modification and water pollution, considering environmental flow management and water quality based on ecological requirements rather than water demand for utilitarian purposes.

At the local level, the Karnataka Fisheries Department has declared around 22 “fish sanctuaries”, apart from several temple sanctuaries that offer similar protection to fish. These areas, however small, have excellent potential for supporting breeding fish populations.

For a long time, illegal sand mining has been a major threat to the health of the Cauvery River. There has been a heartening reduction of this practice in recent years, though much remains to be done. Photo: Nisarg Prakash

WASI successfully developed an integrative model to reduce illegal fishing by assimilating fishers into a conservation programme. They have managed a “catch and release” ecotourism tool to support conservation and science. On the flip side, nearly 100 reservoirs and 40,000 lakes and tanks across the Cauvery basin are routinely stocked with thousands of translocated carps. This massive influx puts tremendous pressure on indigenous fish populations. However, we agreed that this practice is unavoidable as it supports inland commercial fisheries and contributes significantly to the country’s economy.

We need intelligent and innovative solutions that may not align with contemporary norms or principles of conserving terrestrial animals protected by law. Perhaps we require a more inclusive and participatory narrative, one that offers market-based incentives to fisher societies, governments, or private parties to maintain a stock of native fish without negatively impacting commercial fisheries. Perhaps one that encourages more fish sanctuaries with strict compliance and stocking policies, like WASI’s ecotourism model or the community-owned sanctuaries in the Northeast. We are confident that these types of programmes will encourage stewardship and grassroots protection to critical fish habitats.

Additionally, we as citizens must keep ourselves informed on freshwater issues and actively engage with well-meaning institutions trying to tackle them. As a society, we must appreciate rivers and lakes for their services, not just as “renewable” resources to exploit or dispose of our waste. 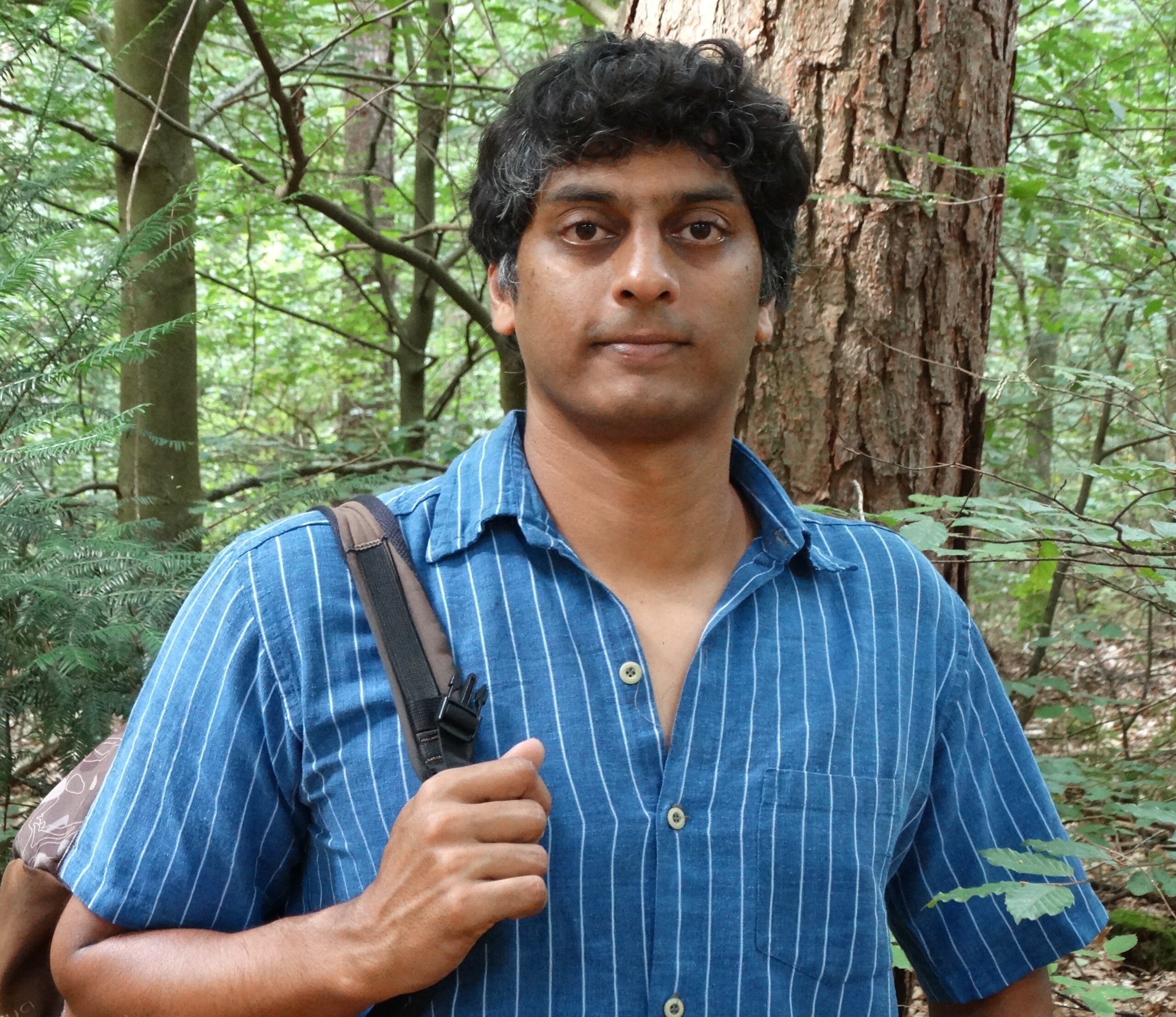 is a conservation biologist currently working in South India on understanding the status of freshwater ecosystems in the context of anthropogenic pressures.