Ecotourism, and the Olive Ridley Turtles of Dapoli

In coastal Maharashtra, conservationists navigate the impacts of beach-loving travellers on this vulnerable reptile 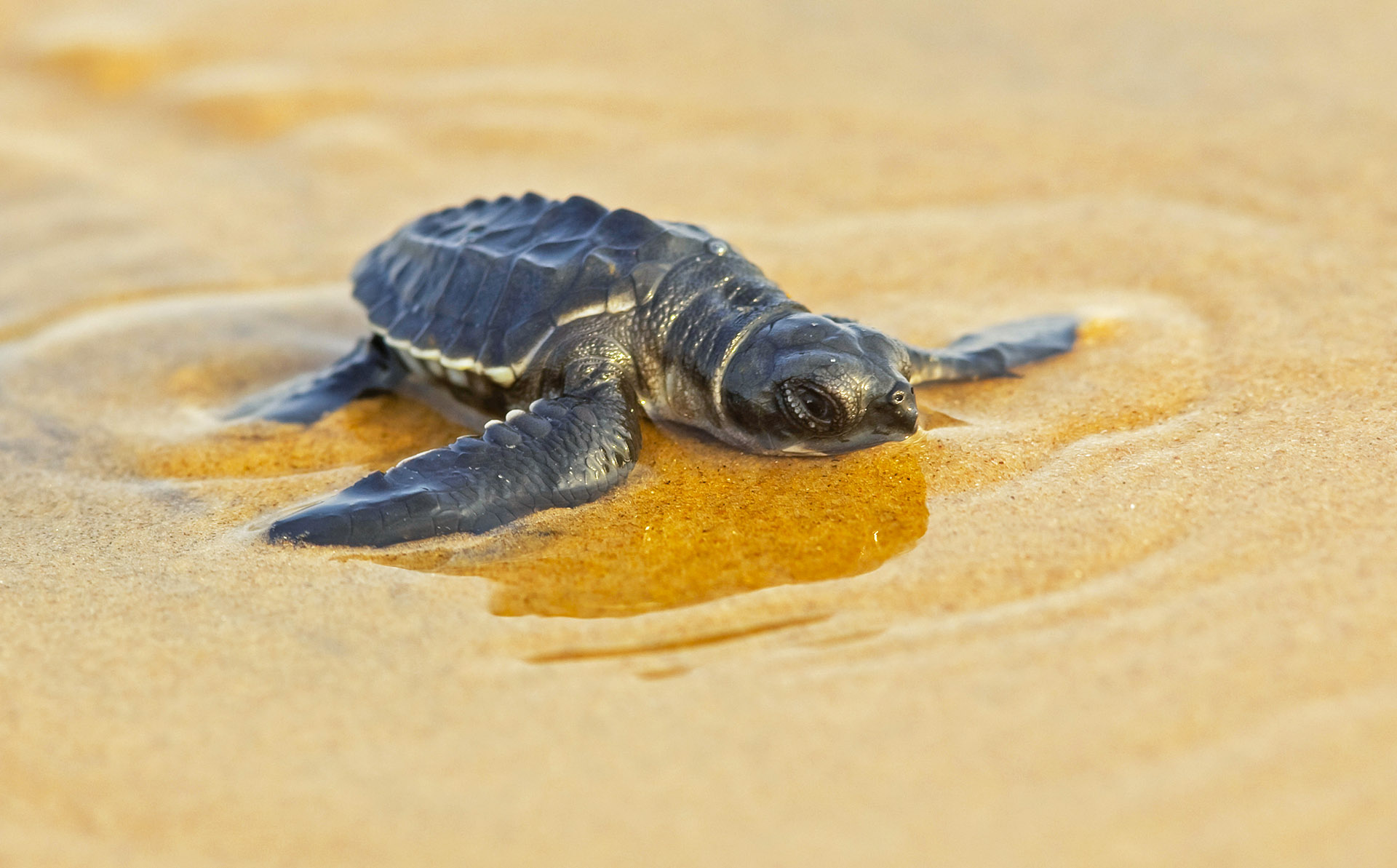 I saw a turtle hatch for the first time in the summer of 2018, at Anjarle Beach in Maharashtra’s Ratnagiri district. I was attending the famous turtle festival, an ecotourism initiative organized by the Sahyadri Mitra Mandal, which celebrates sea turtles, especially olive Ridleys that come ashore for nesting in March and April. Over the course of the three-day festival, I watched a juvenile hatchling take its first steps into the ocean, leaving behind track marks on the sand; it was an experience that words can never do justice to.

We were also shown documentaries that gave us some insights into the species. These sea turtles are beguiling, solitary beings that grace the shallow waters of our oceans, but they are also listed as “vulnerable” on the IUCN Red List. I remember one video in particular, of a female turtle going into a trance while laying eggs in the dark ⁠— I was so inspired that I took up a turtle conservation project the following year. And Anjarle truly touched my heart for the serene, clean beach it was.

When I visited again in December 2019, I questioned whether it was the same place at all. I felt a sense of unrest as soon as I laid my quadrat on Anjarle beach. (A quadrat is a 1m-by-1m square, with 25 squares within, popularly used in sampling and marine studies.) My team’s aim for the day was to sample the trash on the beach, but I could feel my environment anxiety growing with every step.

At the time, I was a volunteer with Amol Handore, who studies the nesting behaviour of olive Ridley turtles, and the physical and chemical parameters that affect them. Our work involved surveying nine beaches in ten days, and for one analysis, we had to make profiles of the trash that was piled on the shore. We found food plates, metal pieces, plastic bags, fishing gear, cloth rags, and bottles of plastic and glass ⁠— nothing like the clean beaches I remembered. Plus, it was around New Year’s Eve when Dapoli and its beaches transform into a party hub for visitors.

This trash is a problem for several reasons. It is a nuisance for locals, who consider these shores an extension of their homes, but also impacts the reproductive cycle of the olive Ridleys, as they require certain types of sand to lay their eggs. The sand particle size should be of 8-10 microns. When trash like plastic, metal, cloth, and nondegradable waste either blends or occupies the nesting space, it poses a massive threat to the lives of hatchlings. It also stresses the female turtles that migrate anywhere between 100 and 1,000 km to breed, sometimes twice a year. All species of sea turtles show natal homing, which means they lay their eggs only on the beach where they hatched. This is a spectacular ability, but also means that if the turtles’ natal beach is compromised, they have nowhere else to go.

Other tourist activities such as ATV bikes, camel and horse carts, and paragliding, which involve cars dragging the wing of the glider, have also impacted breeding. The softness of the sand is very important for the female to dig a nest, but due to vehicles running over the beaches, the sand has become compacted, making it difficult for the turtles. On a visit to Karde beach, the local caretaker of an artificial hatchery said he had sighted a female turtle earlier that morning trying and failing to lay her eggs. However, turtles often leave false crawl prints to ensure successful hatchlings, so it could be one such case. But knowing the dire state of these shores, there are also chances she could not nest due the hardness of the sand.

Tourism in the Dapoli area has also paved the way for illegal construction and hotels near the beach. Further, as per the Coastal Regulation Zone (CRZ) Notification, which was approved by the Union Cabinet in 2018, the prohibition on construction in the previously-protected 200-metre no-development zone in rural areas and 100-metre no-development zone along tidal-influenced waterbodies, was reduced to 50 metres for these water bodies and densely populated rural areas.

One fine morning, when we surveyed Ladghar beach, we came across some colourful gravel sprawled over the shore ⁠— yet another potential threat to these reptiles, as it is poses an obstacle to the turtle’s nesting activities. When we asked some fishermen about the source of the gravel, they said it was brought to the shore by a creek, which was depositing gravel from an illegal construction site. Between November 2019 and March 2020, only six nests were reported from Ladghar, compared to previous years, where numbers would rise above ten. 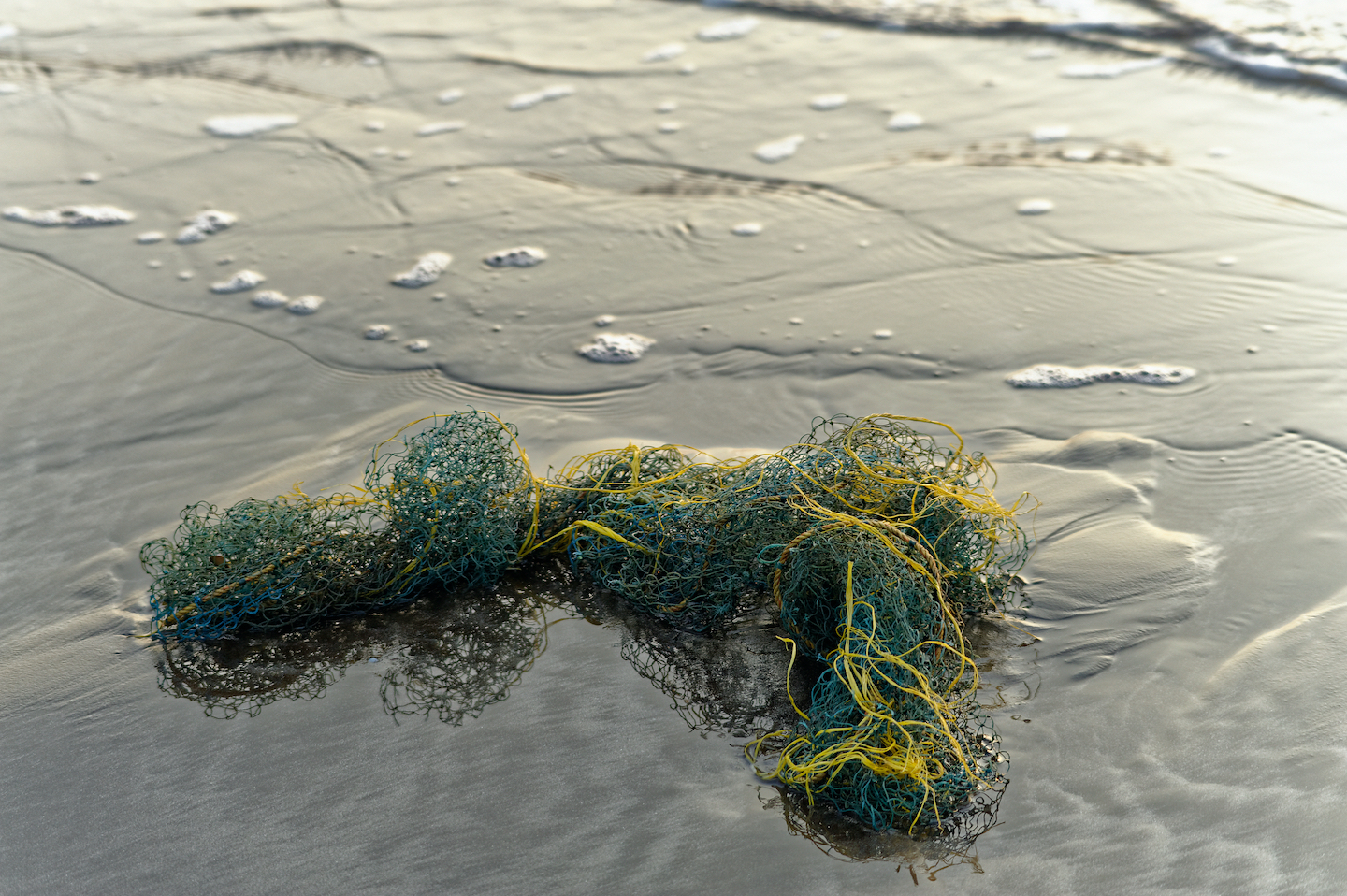 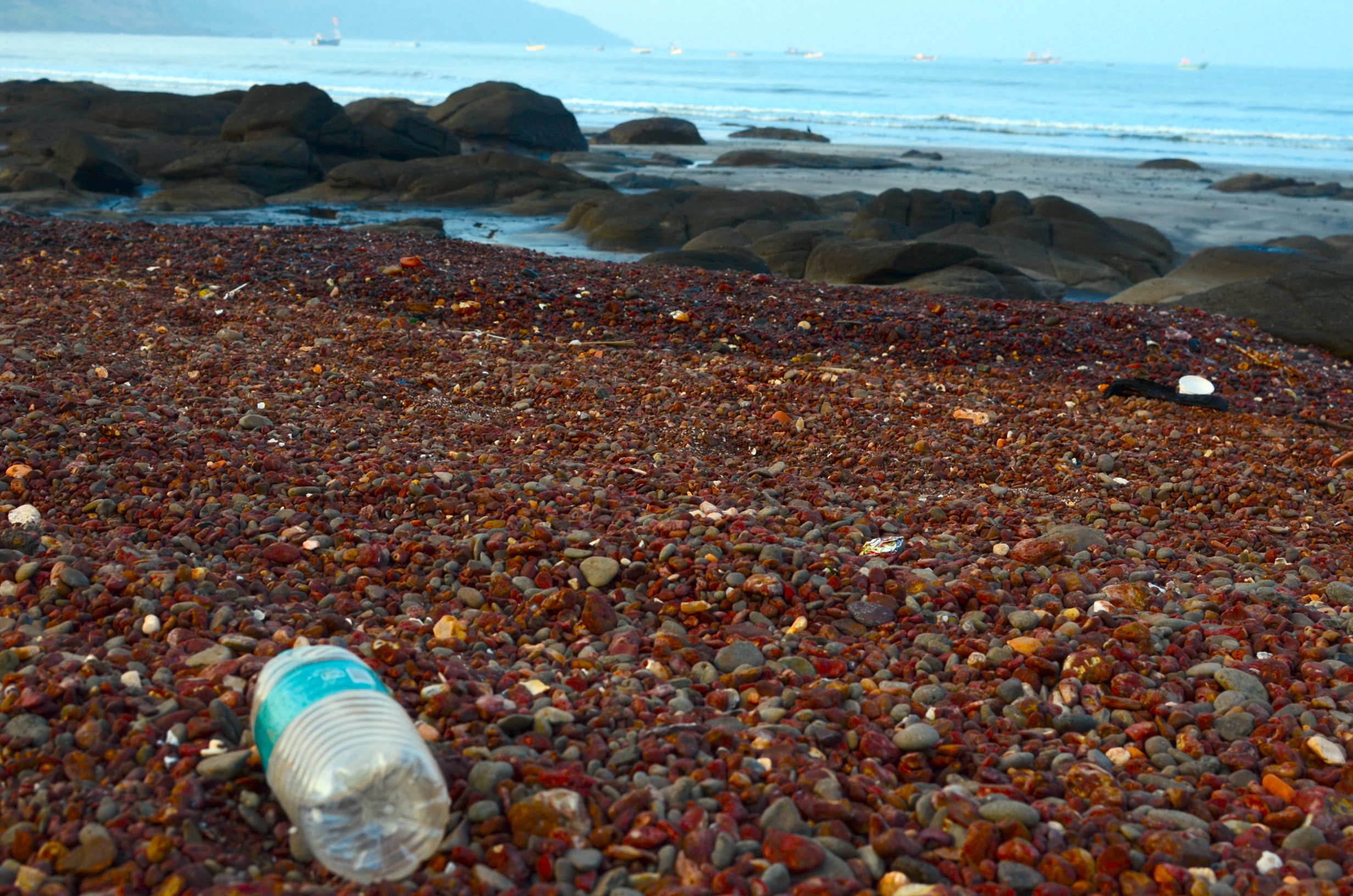 Olive Ridleys also have natural constraints to handle. They nest beyond the high tide line to ensure the water does not wash away their nests, but thanks to climate change, the sea levels are constantly altering, which changes the high tide line of certain shores. The eggs are also potentially nutritive to Ipomea — a species of creeping plant commonly found on Indian shores — the roots of which gain nutrition from buried eggs. The complexities of turtle conservation are endless!

Efforts are being taken to conserve the species. Along the Maharashtra coastline, groups like the Sahyadri Mitra Mandal are working with local communities to spread awareness about conserving turtles. Fishermen too are part of the solution, thanks to a joint venture between the Maharashtra Forest and Fisheries Department, which compensates fishermen for saving turtles that are caught in their nets. They simply have to share videos or pictures of their by-catch to the authorities concerned.

However, such endeavours will mean nothing if humans continue to invade the shores where olive Ridley turtles nest. As responsible travellers, we need to do our bit by researching illegal activities in the areas we are visiting, understanding the harmful impacts of tourism, and avoiding beach activities that could induce stress to breeding olive Ridley turtles. With a little homework and cooperation, we could significantly lighten their load. 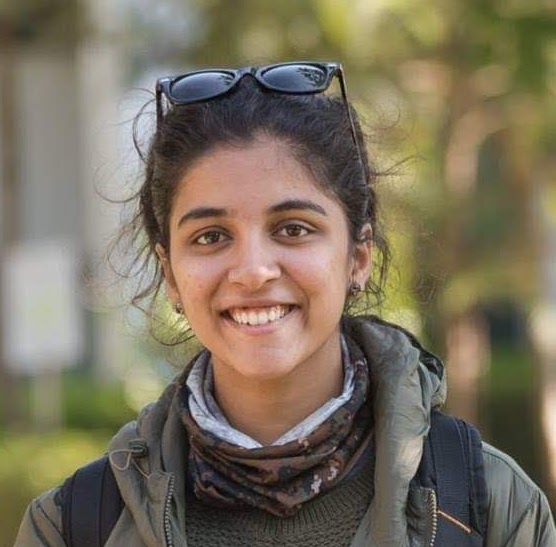 is a zoology and botany student at St Xavier's, Mumbai. She enjoys writing about the natural world. When she's not travelling or at college, she’s usually lounging with a journal or a book and chai.