Out of Place: Invasive Species in the Western Ghats

When plants and animals are relocated from their native habitat to new sites and environments they can cause havoc and be detrimental to local communities, habitats, and wildlife.

Hues of pink, yellow, orange, cream, and tints of mauve: a lantana flower is as colourful as it gets. Yet, zooming out from the flower and into the landscape — be it the understorey of hill forests in Maharashtra’s Bhimashankar, or down south in the misty upper slopes of the Nilgiris in Tamil Nadu – would tell even a gardening enthusiast that something is terribly wrong. The plant is almost everywhere. 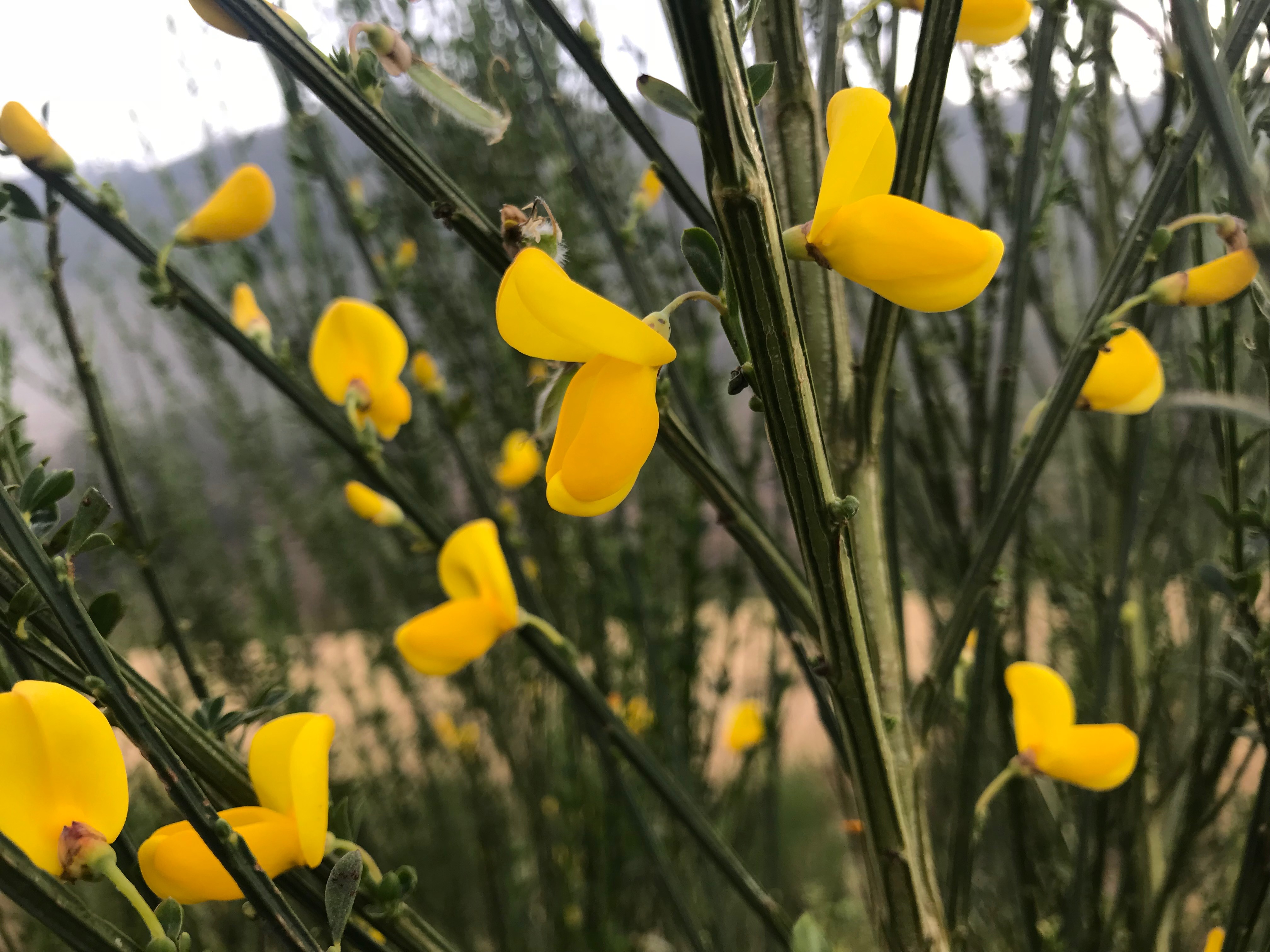 Grown in local gardens and resorts, the powdery yellow flowers of scotch broom have become a tourist attraction in Kodaikanal. However, its invasive growth has overwhelmed grasslands that are the foraging grounds for resident animals, such as the threatened Nilgiri tahr. Photo: Aathira Perincherry 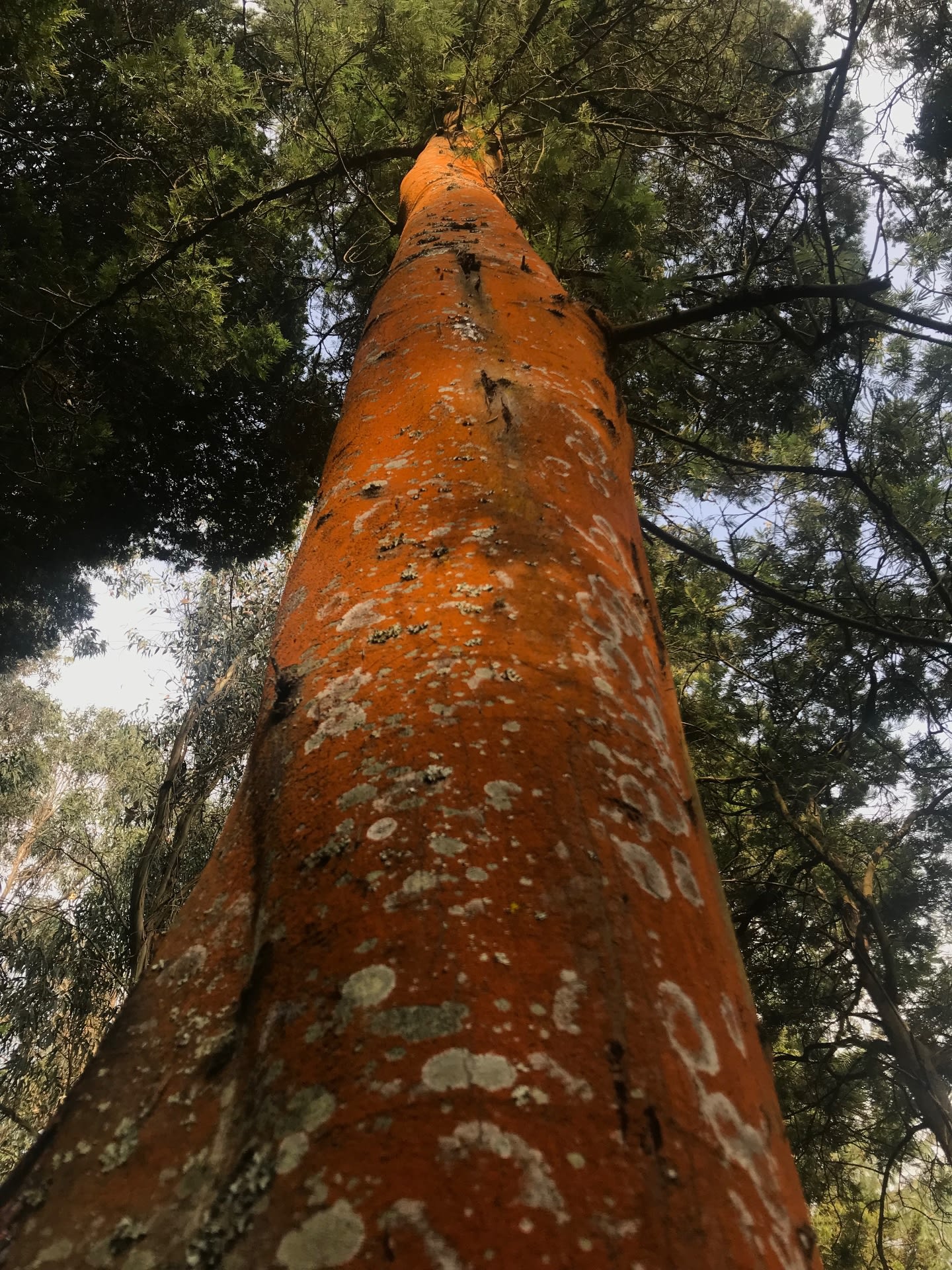 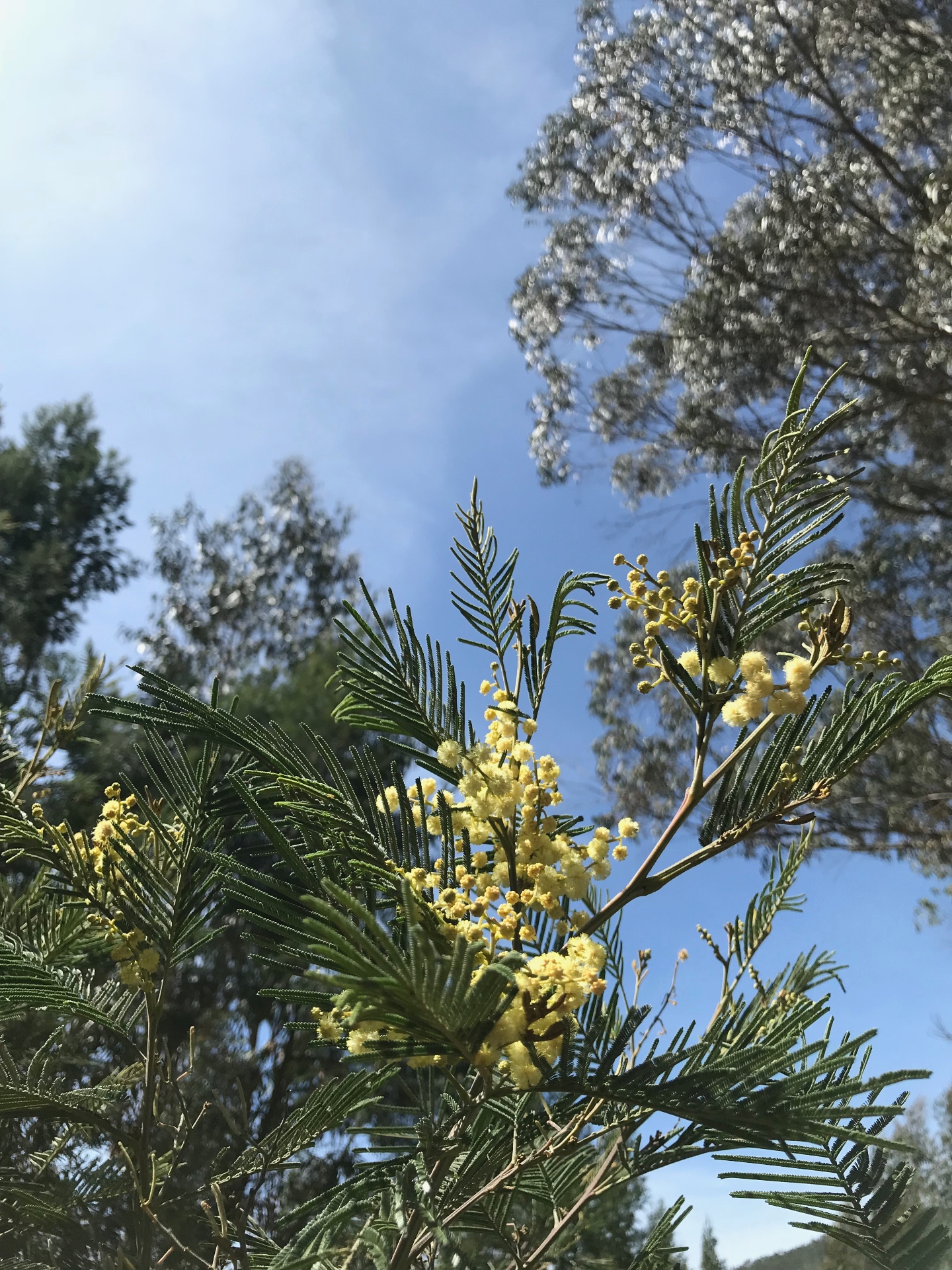 Once the black wattle tree takes root, it is a fierce competitor with native species — it not only impacts the healthy local vegetation, but also replaces large tracts of grassland. It produces a large amount of healthy seeds that germinate en masse in conducive conditions. Photo: Aathira Perincherry

Neelakurinji was once abundant in the Western Ghats as well as in the Nilgiris, which gets its name from this purple-flowering shrub. However, yellow cestrum has slowly taken over large swathes of its shola habitat. Photo: Aathira Perincherry

While lantana is proliferating across the upper and lower slopes of the Nilgiris, the mesquite tree (Prosopis julifora), parthenium (Parthenium hysterophorus), a herb that is toxic to livestock and causes allergies including breathing difficulties in people, and eupatorium (Ageratina adenophora) have spread on the lower slopes, she added.

The Palani Hills, located south of the Nilgiris, also bear the brunt of invasives; here, black wattle and pine trees (Pinus species) are invading native habitats, find recent studies. Areas invaded by such plants also tend to support lower biodiversity. For instance, scientists who studied how ant diversity responds to changing land-use in Karnataka’s Sringeri found that acacia plantations supported the least ant diversity (52 species) and individuals, when compared to the nearby reserve forests, soppinabetta forests and scrub jungles which supported between 57 to 61 species.

In Karnataka’s Biligirirangaswamy Temple Wildlife Sanctuary, studies reveal that the prolific spread of lantana has affected the livelihoods of the Soligas, an indigenous community living in the area, by directly affecting the growth of wild amla, a non-timber forest produce that the Soligas depend on for survival. 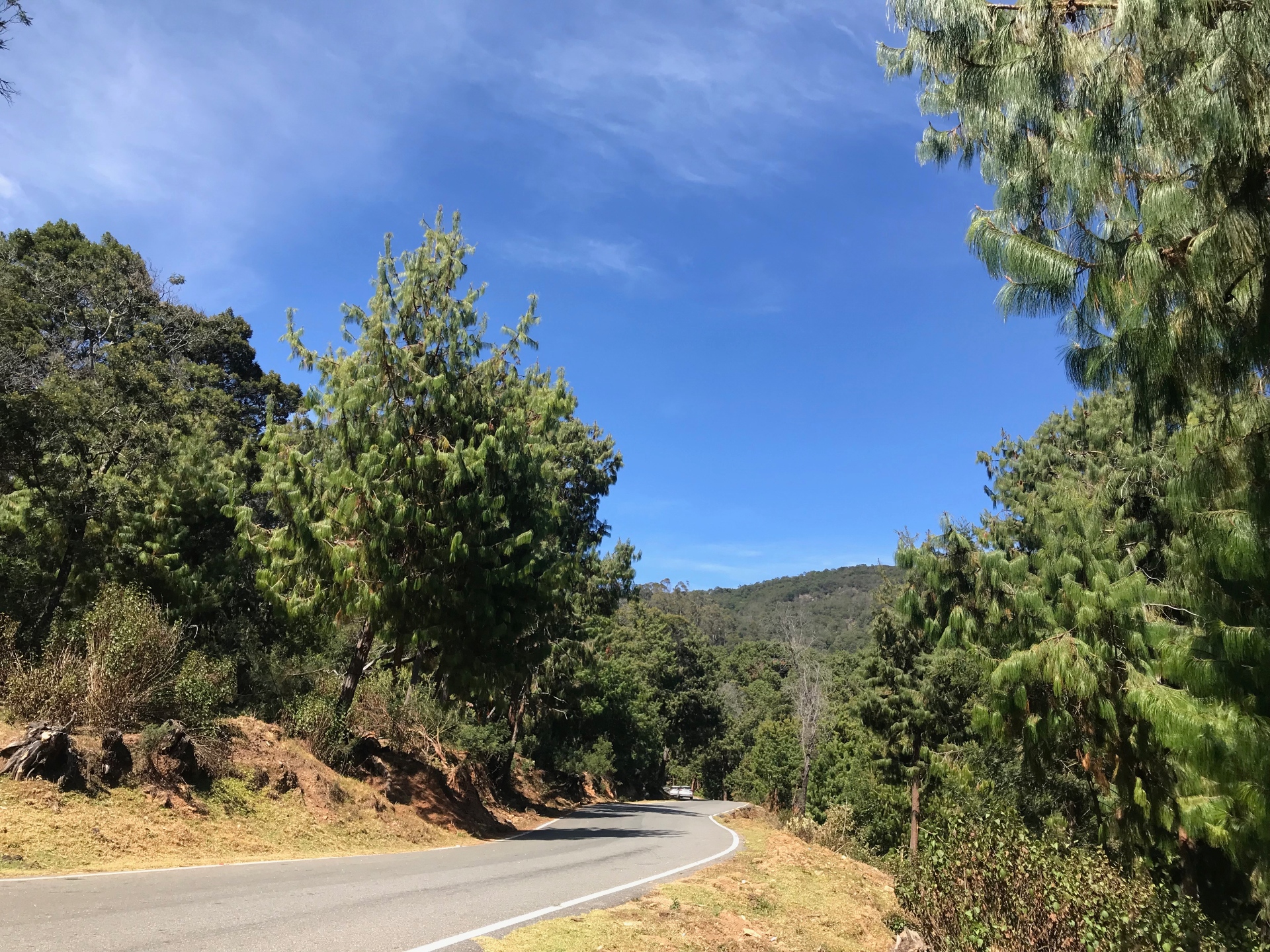 Pine and eupatorium grow widely on the hillsides of Kodaikanal, Tamil Nadu. These large non-native species not only hamper an entire ecosystem, but also create barriers for wildlife, affecting their movement and foraging areas. Photo: Aathira Perincherry

While the spread of invasive alien plants is probably more well-known, documented and studied in the Ghats, numerous invasive fauna have gained a foothold here too. A team of scientists who studied ant species diversity and ant communities across the Western Ghats in Kerala in 2013 found that of the 173 ant species they recorded, 21 were invasive. These included: the yellow crazy ant Anoplolepis gracilipes (listed by the global Invasive Species Specialist Group to be among the world’s 100 worst invaders); the pharaoh ant (Monomorium pharaonis); the ghost ant (Tapinoma melanocephalum); the longhorn crazy ant (Paratrechina longicornis); and the tropical fire ant (Solenopsis geminate).

These invasive ants may be out-competing native fauna, but we know very little about the impact they have due to a dearth of studies, says Shahid Ali Akbar (Central Institute of Temperate Horticulture, Jammu and Kashmir), one of the researchers who conducted the study.

Apart from forest floors, invasives can be spotted in the hill streams and rivers of the Ghats too. Even high-elevation streams such as those in the tea plantations of Valparai in the Anamalais are now home to ornamental fish species such as swordtails (Xiphophorus helleri). This popular aquarium fish has been released into the waters by people, says Rajeev Raghavan, assistant professor at the Department of Fisheries Resource Management at the Kerala University of Fisheries and Ocean Studies. African catfish and Amazonian suckermouth catfish are rapidly colonising freshwater habitats in the region and the impact could be a serious concern, he says. 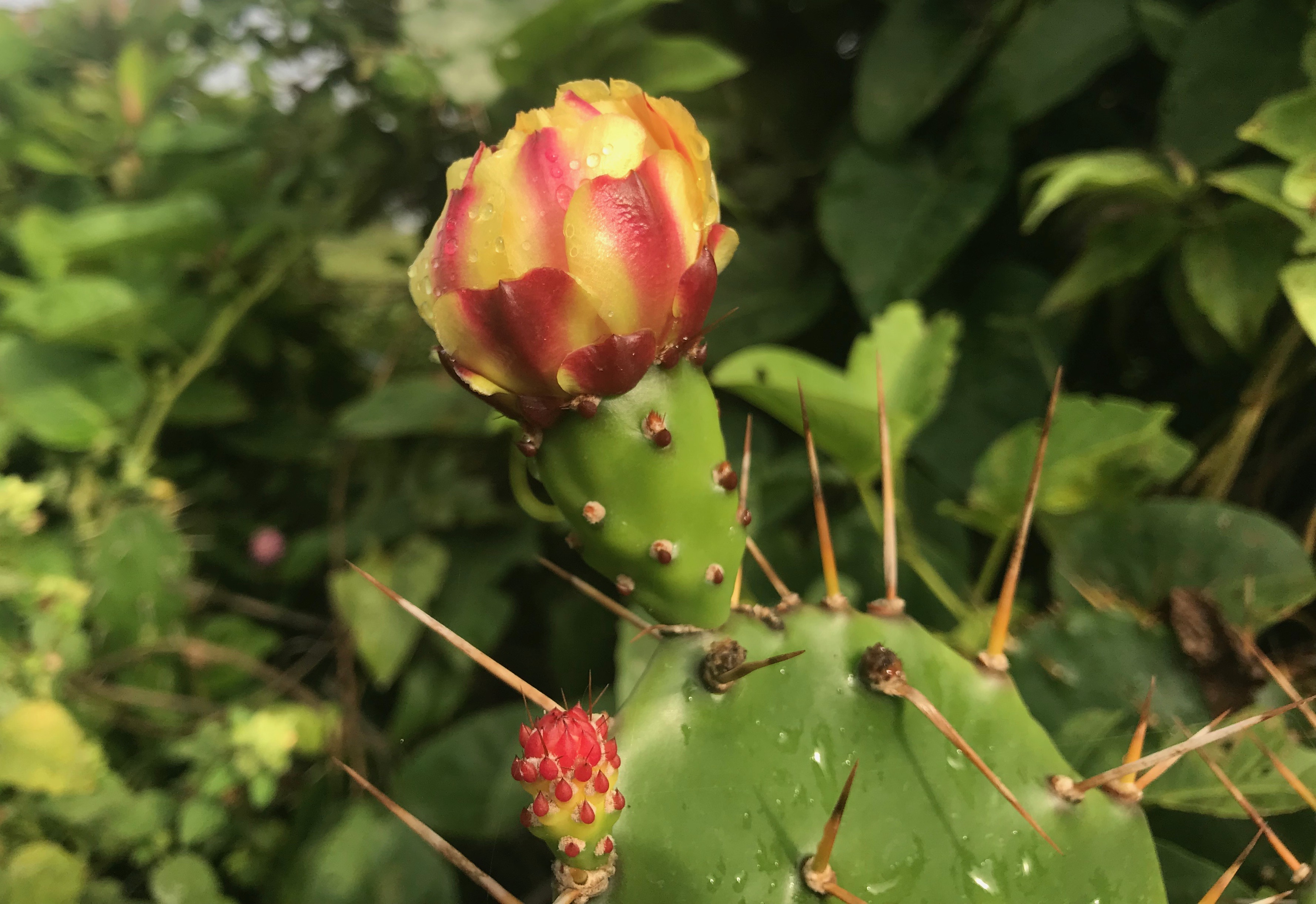 A national-level policy on the control of invasive alien freshwater fish species, with a special focus on the Western Ghats, is crucial according to Dr. Biju Kumar A., professor and head of the Department of Aquatic Biology and Fisheries at the University of Kerala and his student Smrithy Raj. This recommendation comes from their work between 2016 and 2018, when they surveyed freshwater ecosystems of the southern Western Ghats. They found that this region harbours not just seven species of invasive fish and twelve alien non-invasives, but also four invasive aquatic plant species (including the California fanwort (Cabomba caroliniana), an aquarium plant which has been released into some rivers).

In the Mattupetty reservoir in the hill station of Munnar in Kerala, an “invasional meltdown” is evident, says Kumar. This refers to the phenomenon where two invasive species interact with each other and cause even more deleterious effects to an ecosystem.
“This is due to the joint impact of the invasive African sharptooth catfish and the common carp; as the ecosystem is free from indigenous fish, the invasives feed on each other for survival,” he said. Networking with various institutions and citizen groups for effective surveillance and monitoring and even promoting an “Invasive Species Awareness Day” to popularise the concept and impacts of invasive species could be helpful, he added.

“There are barely any systematic studies focusing specifically on invasive fish,” says Raghavan. “We are seeing invasive fish invading new habitats in the Ghats, and their populations increasing. But whatever impacts we think will occur due to these are only based on studies conducted in other countries. So unless we study these impacts in our systems, we will not be able to understand this better.”

Meanwhile, the Keystone Foundation, in collaboration with Ashoka Trust for Research in Ecology and the Environment (ATREE) and World Wildlife Fund for Nature–India, is conducting a ‘participatory appraisal’ of the status of invasive alien plants of the Nilgiris. This includes courses for locals, to help them understand, identify, and map the presence of such plants in the region. Their teams are also removing some of these invasives and restoring native habitats along water courses, catchment areas, and within several urban landscapes such as Kotagiri in the Nilgiris.

According to scientists, more detailed studies on invasives, to understand their impacts, and removal methods that would work, are the need of the hour. “Studies on invasive ants are crucial in the Ghats, as it is well-established that ants are among the most damaging introduced species,” wrote Ali Akbar, in an email. “Invasive predatory ants are particularly efficient at exterminating local arthropod species. Most of these mass extinctions are simply going undocumented as highlighted by some recent studies.”

A lantana flower may look pretty, but its growth adversely affects the areas it spreads in. It thrives in a wide range of habitats, reproducing large amounts of light seeds that are easily dispersed by wind. Photo: Shiv’s fotografia - CC BY-SA 4.0 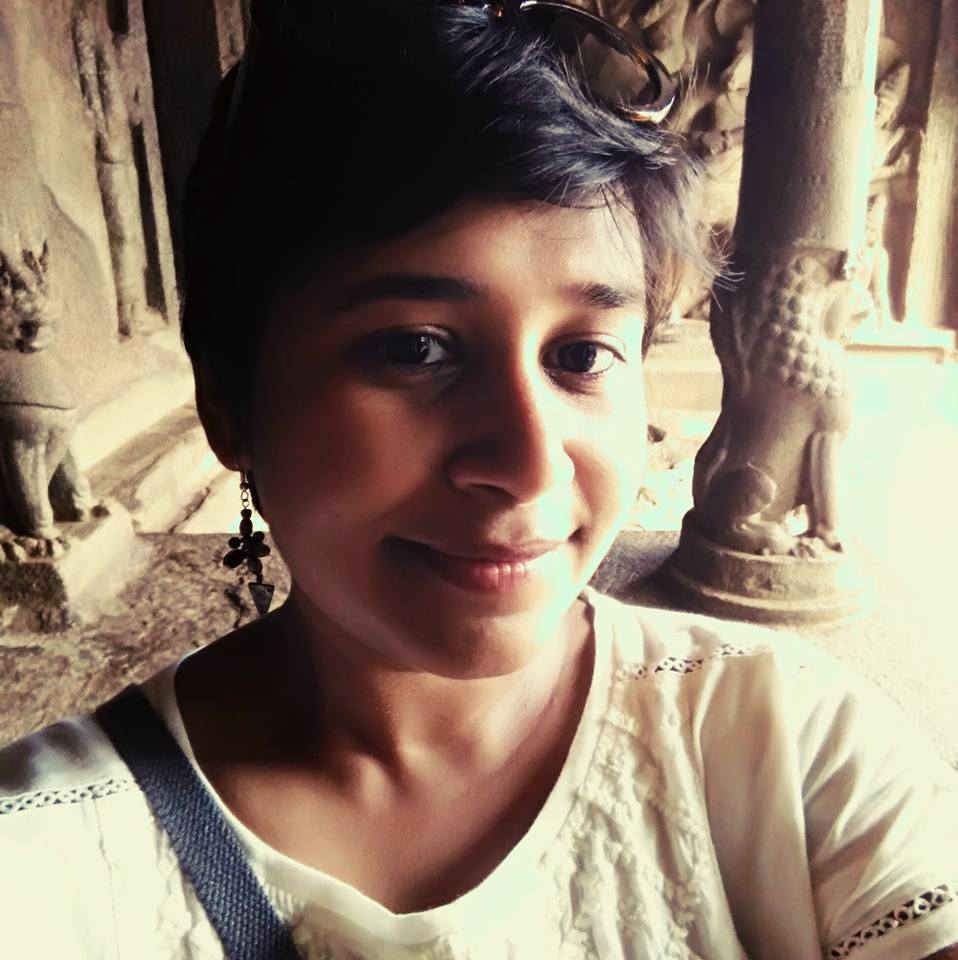 is a wildlife biologist-turned-science journalist who writes about wildlife science and conservation in India.