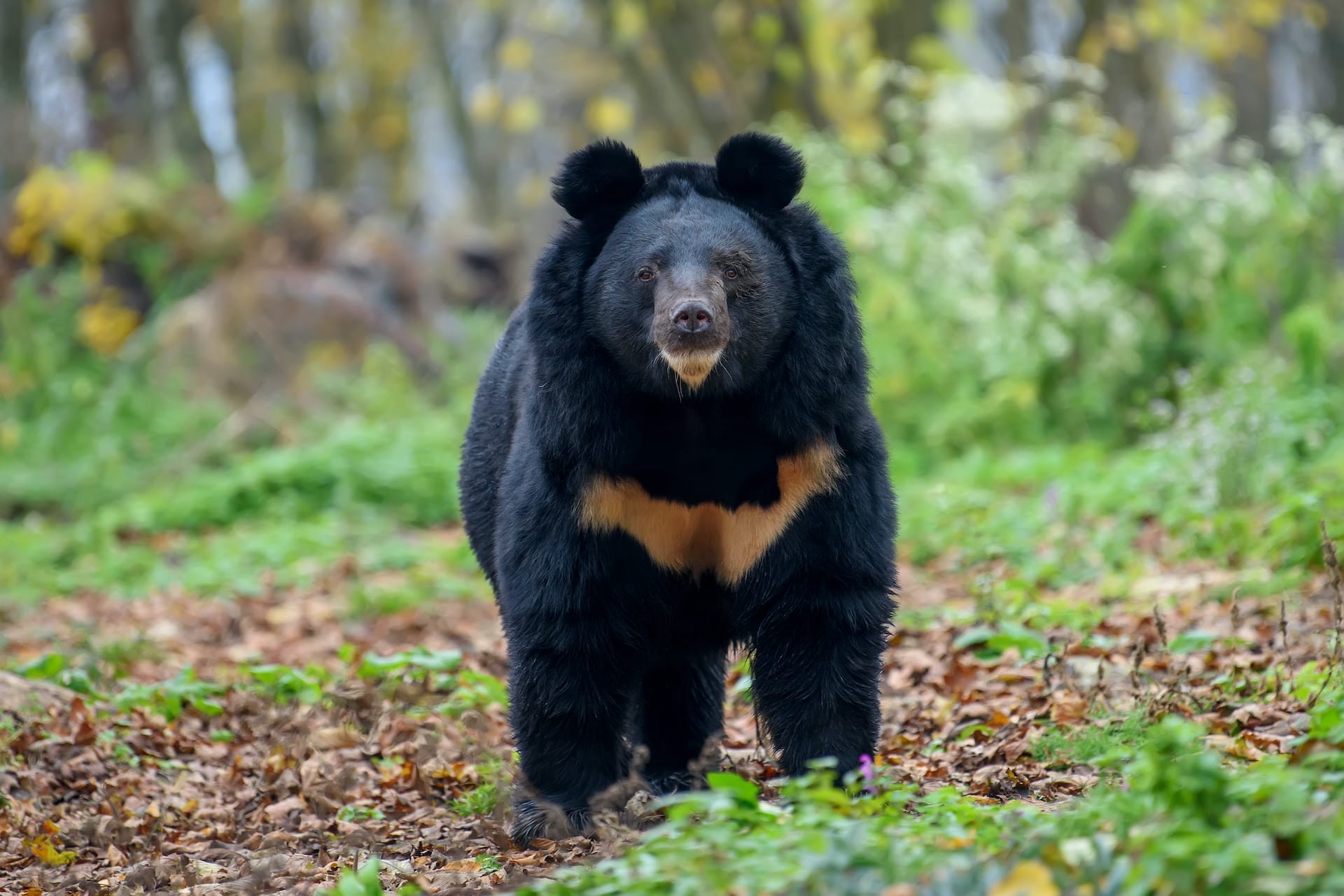 When Terde Yomcha brought Luba home, she was so tiny that she could fit in his hands. Luba is an Asiatic black bear cub—a species threatened by illegal wildlife trade and marked as ‘vulnerable’ by the International Union for Conservation of Nature (IUCN). Terde bought her for Rs. 1000 from a local hunter in his village of Lipu Yomcha in the East Siang district of Arunachal Pradesh in February last year.

Born in a family of priests in the Galo tribe, Terde became a celebrity of sorts in his village after bringing the bear cub home: Luba always drew onlookers for her playful antics. After caring for about nine months, Terde finally decided to send Luba to the rehabilitation centre in Itanagar Zoo earning praise. Luba was lucky. Had Terde not bought her from the hunter and aided in her rehabilitation, she might have ended up in the transnational wildlife trafficking network trading bear gall bladders and bile, a highly prized ingredient used in Chinese and other East Asian traditional medicines.

The Asiatic black bear, prominently featuring a white half-moon shape on the chest, was once widespread and abundant throughout the northeast Indian Himalayas, especially in the state of Arunachal Pradesh. A 2013 study supported by International Association for Bear Research and Management (IBA) states that it is present in 71 protected areas (PAs) and more than 180 reserved forests in northeast India. As many as 13 of those bear-supporting PAs are in Arunachal.

But, conservationists say, the species has seen a decline outside protected areas—primarily as a result of poaching for use in wildlife trade. And wildlife populations in Arunachal have nosedived to levels where even traditional, indigenous form of hunting is no longer sustainable. Habitat fragmentation and loss, human-bear conflicts are also imperilling the species.

Anwaruddin Choudhury, who was the principal investigator of the IBA-supported study in 2013, said, “Poaching is a threat to the Asiatic bear throughout Arunachal Pradesh, but the eastern part of the state is particularly vulnerable as it is geographically well-connected with the transnational trafficking networks through the borders it shares with Myanmar and China. It is primarily poaching for bile and other body parts that are killing the Asiatic black bear,” he said.

In addition to the demand for bear gall bladder and bile in the Chinese traditional medicine market, various indigenous tribal ethnomedicinal traditions in the state also attribute high medicinal value to the bear gall bladder: Sherdukpens, Nyishis, Galos and several other communities take a pinch of the smoke-dried bladder to cure diseases such as malaria, diarrhoea and stomach upsets. And bearskin is used as a mattress to sleep on to relieve body pain.

“Most cases of hunting of the Asiatic black bear—be it for local consumption or for sale—take place for the animal’s prized gall bladder and bile,” emphasised Pem Norbu Thungon, a former hunter from the Sherdukpen tribe turned grassroots conservationist based in Shergaon in the West Kameng district.

A hunter who turned conservationist

Tucked deep inside a beautiful valley sculpted by three rivers and surrounded by thick temperate sub-alpine forests, Pem Norbu Thungon’s village Shergaon looks like a slice from a landscape painter’s canvas: a river flows seamlessly bisecting the valley with high forest-clad hills in the backdrop, sparsely located houses squat by the river, and trees are laden with fruits and gardens flush with flowers. An ideal habitat for the Asiatic black bear (Ursus thibetanus) and its sub-species, Himalayan black bear (U. t. laniger), both called stung in the Sherdukpen language.

The community forests of Shergaon—which extend to the fringes of Eagle Nest Wildlife Sanctuary (WLS)—have historically supported the bears and this is where Pem Norbu Thungon grew up partaking in his tribe’s communal hunt for almost two decades—before he gave it up in 2013.

“After one hunting expedition in the Doimara foothills forests, I returned home with the kill—a sub-adult Asiatic black bear. Seeing the carcass, my young daughter started weeping and asked me how I could be so cruel to kill such a beautiful animal. She said, ‘Even the bear has a family and its mother must be weeping for the loss.’ These words hit me like a bullet and I vowed not to hunt the species again and finally gave up all sorts of hunting,” the former hunter told Mongabay-India.

From traditional hunting to commercial poaching

With commercial poaching emerging as the primary threat to the Asiatic black bear and the blame often pinned on indigenous communities with hunting traditions, indigenous experts think it is important not to conflate the two forms of wildlife taking.

Kejang Topge Thungon, a Sherdukpen elder and expert on his tribe’s culture in Shergaon, says, “We have inherited from our hunter-gatherer animist past a lifestyle deeply reverent towards and compatible with nature. When we go hunting we pray to the forest and when we go fishing we pray to the river.”

There is no room for overexploitation in the traditional forms of using the forest resources, Kejang added. He pointed out that traditional hunting of the Sherdukpen was a seasonal affair and it had its own calendar. There were caps as to how many animals a family could hunt in a given season and it wasn’t an act of indiscriminate wildlife harvesting driven by economic benefit as is the case with commercial poaching.

In the tribal cosmologies of various indigenous communities in Arunachal Pradesh, wild animals hold material, symbolic, and ritual values—which continue to trigger communal and ceremonial hunts. For example, bear gall bladder soaked water is used as a pesticide; fur is made into traditional hats; teeth and nail is used as ornaments, and Wancho kings and chiefs are gifted with the hair of Asiatic black bear as a mark of respect.

Conversely, multiple studies by wildlife scientists, such as this one by the Wildlife Institute of India, have indicated that there are increasing instances of local hunting driven by the sole purpose of illegal wildlife trade. Former hunter Pem Norbu Thungon feels that illegal wildlife trading networks are increasingly tapping into the indigenous hunting traditions alluring tribal hunters into selling animal body parts like bear gall bladder in these sprawling illicit markets. The Asiatic black bear has been accorded the highest conservation status under the Indian Wildlife Act of 1972 and therefore any form of hunting tantamount to poaching.

It is important for conservationists and policymakers to understand the distinction between the two forms of hunting because conflating the two often feeds to the negative stereotypes of indigenous communities with hunting traditions as detrimental to wildlife and the environment which in turn leads to undermining the indigenous conservation initiatives, said Lobsang Tashi Thungon, a Sherdukpen conservationist who heads Garung Thuk.

“Traditionally Sherdukpens accumulated an in-depth knowledge about their forests while going for seasonal hunts. In these communal and ceremonial hunts, once an animal is killed, the meat would be shared with everyone in the community or a communal feast would be organised in which everyone would partake expressing an age-old communal bonding among the members of the community,” Lobsang Tashi Thungon, who’s a PhD in ethnobotany from Northeast Regional Institute of Science and Technology (NERIST), said.

Explaining the indigenous lifeworld, tribal commentator Richard Kamei observed that, land and ecosystem are not only seen as living entities but they are also integrated into their rituals, customs and culture as a result of which making use of resources is aligned to sustenance which in turn translates into maintaining balance with their surroundings.

However, Ambika Aiyadurai, an assistant professor of Humanities and Social Sciences at IIT Gandhinagar, who specialises in the anthropology of wildlife conservation and indigenous hunting traditions of Arunachal Pradesh clarifies that hunting is no longer “traditional” in most parts of Arunachal Pradesh in the sense that even ceremonial/ritual hunting is done with the help of gun and advanced weapons instead of bows and arrows or trappings or with a combination of all these. “Given the long history of hunting, in many areas wildlife population has plummeted below a level where no form of hunting is sustainable.”

Conservationists in the region opine that it is weak law enforcement from the forest department that emboldens locals to continue to hunt a protected species like the Asiatic black bear.

Besides wildlife trade, Choudhury’s study identified habitat fragmentation and loss,  large-scale infrastructure projects such as large dams, mining, and human-bear conflicts as other factors triggering the decline of the species across the state. Although habitat loss has been a factor contributing to the decline of the species outside protected areas in Arunachal Pradesh, the state still has good forest cover where the species can thrive, he said.

In Shergaon and other villages on the fringes of Eagle Nest WLS and Pakke National Park, human-bear conflict is a key factor behind the killing of the species. Bears venture out to maize fields and orchards and feed on crops and fruits such as pumpkin, gourd and jackfruit. Conflicts are increasing in certain areas due to forest clearing, illegal logging, and agricultural expansion. Natural forests are being turned into kiwi and apple farms in recent years and as a result, the Asiatic bear’s favourite oak trees are no longer as abundant as they used to be a decade ago or so, said Lobsang.

Moreover, Asiatic bears in the areas of the Himalayan foothills have been recorded to have moved out of the forest into human-dominated areas even if there are large contiguous habitats in good conditions.

Saving the bears from wildlife trade

Wildlife expert and former administrator Anwaruddin Choudhury pointed out that it is “almost impossible” to identify bear body parts carried in small quantities unless someone is specially trained for the task.

The most effective way to tackle the issue of poaching outside PAs, however, is stepping up mass awareness through exposure trips, said Lobsang Tashi Thungon. Lobsang and his colleagues at Garung Thuk took a youth group from Shergaon on an exposure tour to the Centre for Bear Rehabilitation and Conservation at Pakke Tiger Reserve, where they interacted with vets and bear experts followed by another tour to the Centre for Wildlife Rehabilitation and Conservation at Kaziranga National Park.

“Such exposure tours to actual, on-ground conservation initiatives, rather than dry awareness lectures, have proved to be quite effective. In 2015, when Shergaon villagers found two orphaned bear cubs, they sent the two cubs to the CBRC at Pakke,” he said.

Lobsang said that conservation traditions that are ingrained in the local tribal life styles need to be recognised and integrated into mainstream conservation policies. “For instance, during the month of Kro Chekor festival, the Sherdukpens refrain from all kinds of hunting because they believe it will destabilise their ritual system. Notably, this time of the year also coincides with the breeding season of many species. Such aspects of tribal customs should be appreciated, acknowledged and integrated into conservation policies.”

The bear’s habitat in northeast India has reduced by 50% since 1950. Habitat loss would lead to further population decline and also an increase in human-bear interactions. Photo: Sumit Das 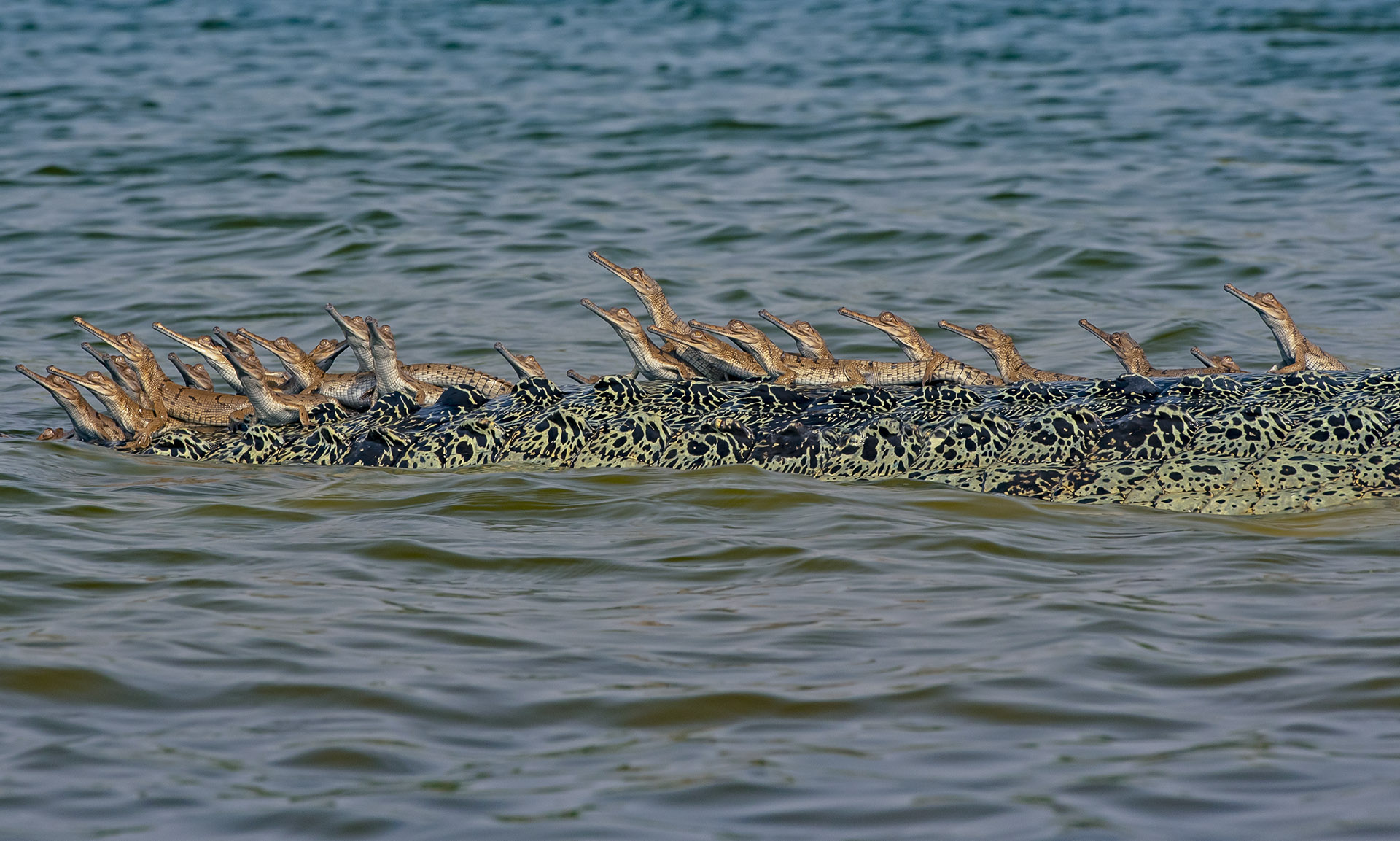