The Grand Old Buffaloes of the Savannah Need Protection

A small and highly fragmented population of wild water buffalo struggles for survival. Long-term conservation actions are needed for their preservation

The wild water buffalo is the ancestor of all the domestic varieties of buffaloes in the world. Perhaps the earliest written documentation on them is found in the Babur-Nama (Memoirs of Babur). The buffalo is an animal of the grasslands, more specifically of the tall wet savanna in the Terai belt, south of the Himalaya, the Central Indian highlands, and the floodplains of the Brahmaputra River. Over the years the grasslands have shrunk and fragmented owing to expansion of agricultural activities and growing human habitation. Except in some protected areas, buffalo numbers have continued to decline due to these reasons as well because of poaching for its meat.

Geographic Range: The wild water buffalo (Bubalus arnee) is a globally threatened species occurring in a few pockets of India, Nepal, Bhutan, Thailand, and Cambodia. In India, Assam has the largest number of wild buffaloes accounting for about four-fifth of the global population. Within Assam, the population is fragmented into at least four segments. The Central Indian population is very small and is scattered in Chhattisgarh and Maharashtra. In Northeast India, besides Assam there are small numbers in Arunachal Pradesh, Meghalaya, and northern West Bengal. Single populations are found in Nepal, Thailand, and Cambodia, mostly inside protected areas.

During the day wild water buffalo will either find shade in the forest, or wallow in water or mud pools to cool off and keep insect pests away. Photo: Dhritiman Mukherjee

Behaviour: Buffaloes live in herds of usually 5–20 animals, though occasionally gatherings of more than 40 have been seen. Adult males are largely solitary. Though its chief natural predator is the tiger, adult bulls are rarely attacked. This is fully understandable given that there are instances of a tiger being killed by a bull buffalo. In fact the wild buffalo is well-known for its aggressive behaviour, more particularly with solitary bulls and cows with calves.

Reproduction: Buffaloes may produce up to five calves in their lifetime. The gestation period is 10–11 months, with an inter-birth interval of one to two years. Males reach sexual maturity at eighteen months while females at two to three years. 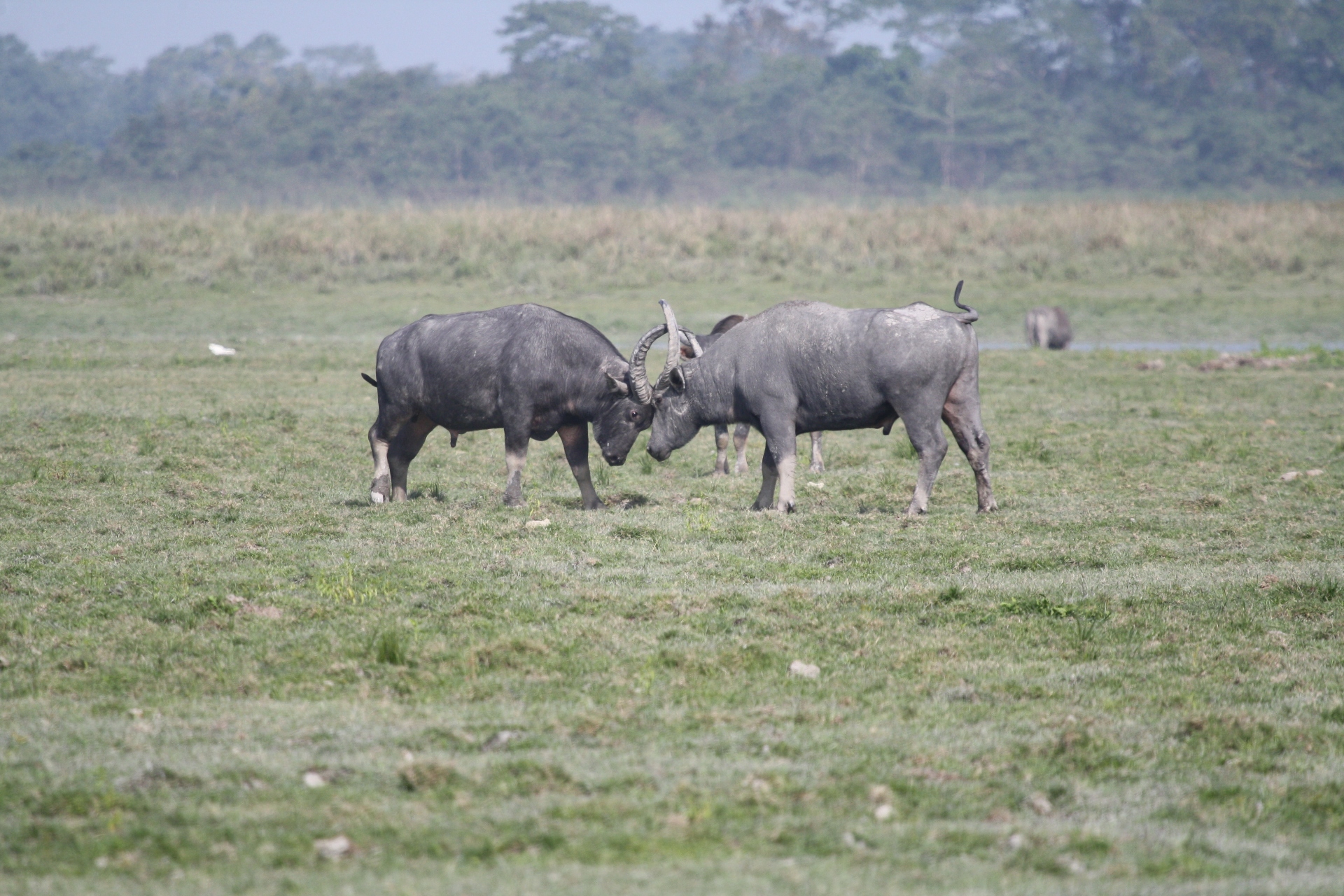 Protection status: The International Union for Conservation of Nature (IUCN), on its Red List, categorises the wild water buffalo as endangered. The Wildlife Protection Act of India has also listed it under Schedule I, the highest level of protection. The wild buffalo has been declared the state animal of Chhattisgarh. 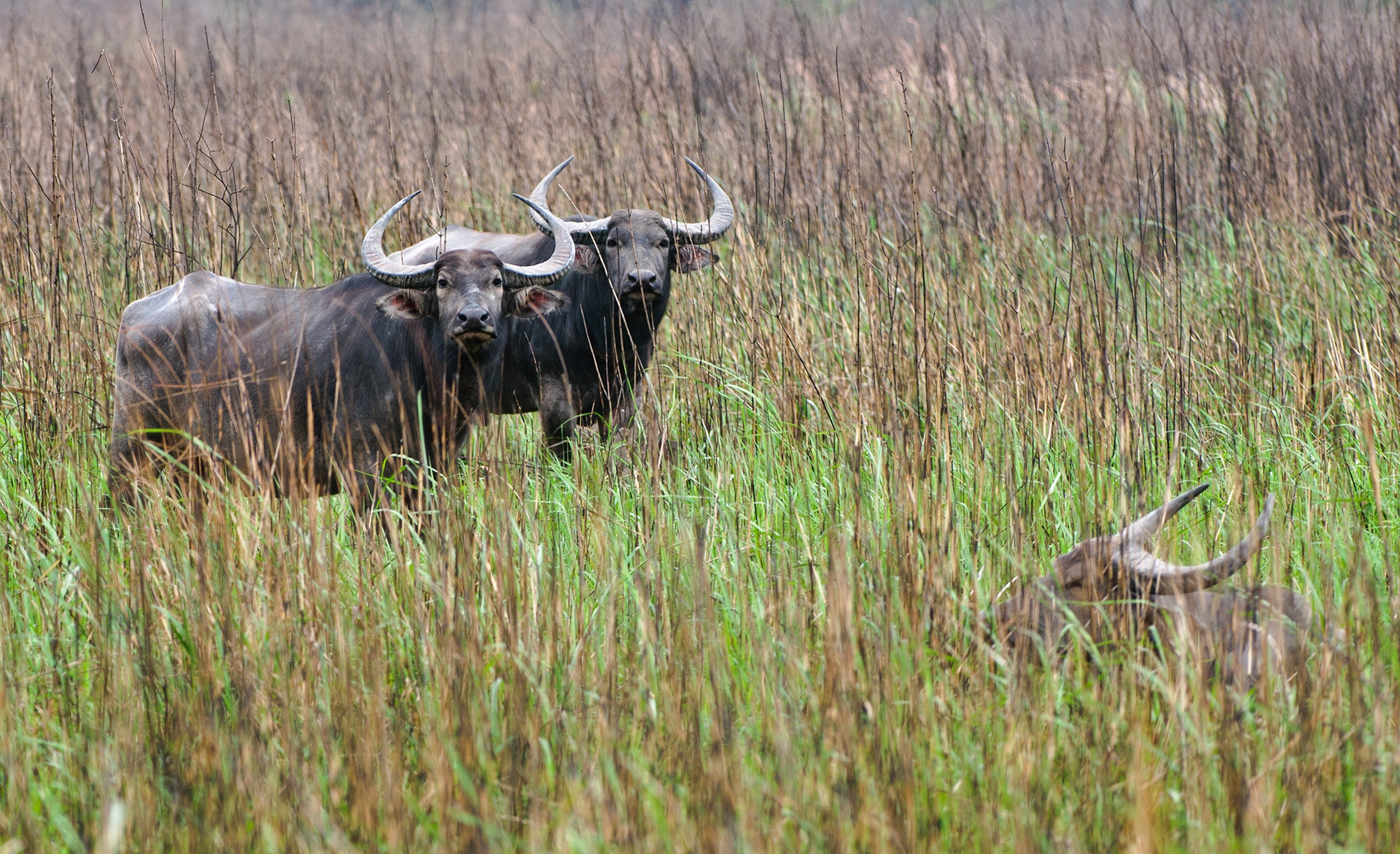 The wild water buffalo population is on the decline. In India it is estimated to be around 2,800-3,000 individuals. Photo: Udayan Borthakur

Interbreeding with domestic cattle: There is a general belief that many wild buffaloes have become interbred with domestic animals, but this seems to be incorrect as a rule. Domestic males are usually not kept in villages on the fringes of national parks, because they are generally killed by wild bulls. In fact, it is some wild bulls, which regularly come out of the parks, that mate with domesticated females. Therefore, the gene flow is mostly one-way, wild to domestic, and is unlikely to affect any substantial wild population. Moreover, the wild herds maintain a high degree of segregation from domestic animals. They tend to keep to themselves and do not mix with grazing domestic buffaloes. 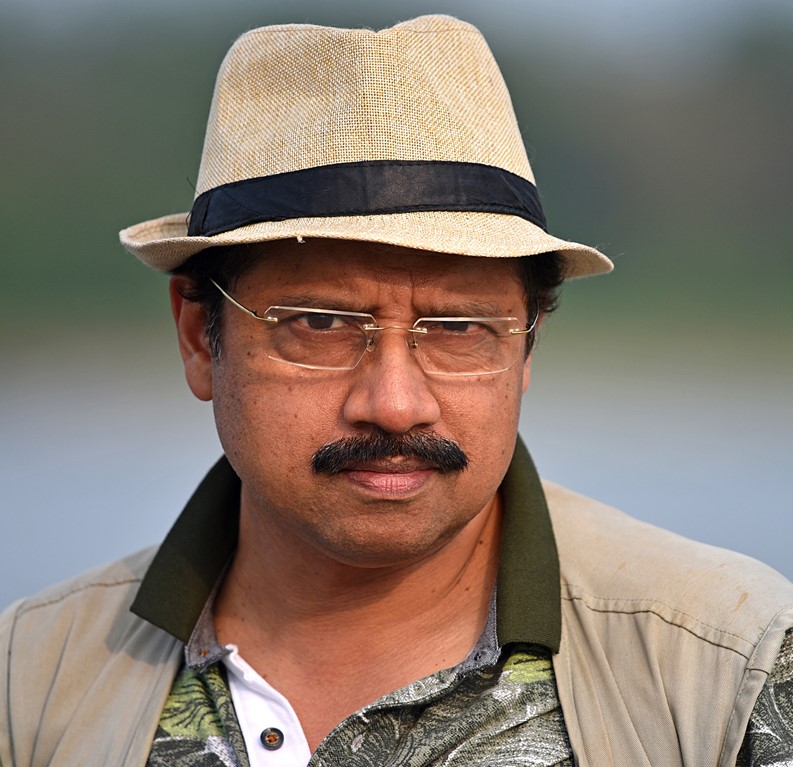 MA, Ph.D, D.Sc, is the divisional commissioner, Barak Valley and Commissioner and Secretary to the Government of Assam.