Restoring the Rainforest around Pakke, One Tree at a Time

A drive to revive degraded patches of hornbill habitat around Pakke Tiger Reserve aims to give hornbills more nesting trees and food plants, that benefit other species too

As the muted rays of sunlight filter down from the canopy high overhead, Sital Dako hunkers down to pick up something she spots on the forest floor in the Pakke Tiger Reserve. Others in her team are also on their haunches, intently scouring the ground for precious additions to their growing collection. Contrary to what one would expect of a group of naturalists in the jungle, they are not looking for pugmarks, tracks or spoor. They are collecting seeds — of identified rainforest tree species.

Sitting on the border between Arunachal Pradesh and Assam in the foothills of the eastern Himalayas, the 862-sq-km Pakke Tiger Reserve (PTR) is home to four of the nine species of hornbills found in India. While the great hornbill, the wreathed, and the oriental pied occur in the lower altitudes, the rufous-necked hornbill prefers higher elevations. However, habitat loss outside the Protected Areas is a serious threat, as much of the rainforest has been steadily eroded by illegal logging. To address this, Nature Conservation Foundation (NCF), which has been studying hornbill ecology in the region since 1997, initiated the rainforest restoration programme in 2014, with the objective of regenerating some of the lost rainforest so crucial to hornbills and other birds and wildlife.

Naturalists look for seeds of rainforest trees along a muddy road in Pakke Tiger Reserve, Arunachal Pradesh. The seeds are sowed and raised as saplings under supervision, so they can be replanted in degraded areas where the tree cover has suffered due to extensive logging. Photo courtesy: Nature Conservation Foundation Cover image: Numerous factors, like illegal tree logging, forest clearing and hunting in earlier years, have threatened the great hornbill’s survival. As a result, it is listed as “Vulnerable” on the IUCN Red List. Photo: Udayan Borthakur

Working closely with the Forest Department and the local communities, the programme aims to revive degraded patches of rainforest by raising saplings from seed and planting them within and outside the tiger reserve.

The seeds selected for this are a mix of ecologically and economically important rainforest species. Some of these are gathered from inside PTR, where they are dispersed by wind, or by frugivores. During the hornbill breeding season, seeds of important hornbill food plants are collected from the base of nesting trees, where the resident female, walled up in her nest and fed by the male, regularly spits out regurgitated fruit pips and stones. Seeds of commercially important species are also gathered from around villages and roadsides. These are then planted at NCF’s rainforest nursery in Seijosa village, just outside the tiger reserve. Here, they are raised and nurtured for a year or more.

“The area around Pakke Tiger Reserve has experienced the highest rates of forest loss in the country,” says scientist Dr Rohit Naniwadekar, who has been with NCF’s eastern Himalaya programme since 2006. Naniwadekar, who was overseeing the restoration effort till recently, and continues to be involved in an advisory capacity, fills me in on specifics.

Left: Long hunted for its feathers and beak, numbers of the rufous-necked hornbill, seen in the upper reaches of the Pakke Tiger Reserve, have declined significantly across its original range; the bird is thought to be extinct in Nepal. It is currently seen in India, Bhutan, Myanmar, Tibet, China, Thailand, Laos and Vietnam. Photo: Ujjal Ghosh - CC BY-SA 3.0 Right: A sapling after a year of plantation, taller than the average local adult, in the Pakke Tiger Reserve. Photo courtesy: Nature Conservation Foundation

Key species identified for planting include the towering bhelu (Tetrameles nudiflora), the most important hornbill nesting tree. With massive trunks, and reaching heights of over 40 metres, these trees form the topmost, emergent layer of the rainforest, and are favoured by all three species of hornbills that nest in these lowland forests. The seeds of these lofty trees are wind-dispersed, as their fruit is not eaten by frugivores. Another emergent tree is the spectacular Aglaia spectabilis, a commercially useful species whose fruit forms an important part of the hornbill diet during the breeding season. Then there is the sanchar (Phoebe cooperiana), a key food plant of several species of birds and mammals that’s also useful for its high-quality timber. The fruit of sanchar is equally popular with local communities, and is often sold in village markets. Other important food plants like Prunus ceylanica, and endangered species like the dipterocarp Vatica lanceaefolia, are also planted.

Five years into the project, the results are encouraging. Research associate Noopur Borawake, who leads the restoration team at Pakke, shares a report. Since its inception in 2014, the rainforest nursery has successfully raised around 17,000 saplings of sixty native tree species. In May 2016, the first set of almost seven hundred saplings were planted — in degraded patches of forest in PTR, and around hornbill nesting sites in the reserve forest. At the end of two years, the survival rates for these were over 44 per cent.

Members of the local Nyishi community and other staff prepare saplings at NCF’s rainforest nursery in an effort to rejuvenate the forest. Photo courtesy: Nature Conservation Foundation

In 2017, the team planted 1500 saplings of thirty-five species in the area formerly occupied by the relocated village of Mabuso, inside PTR. This was done with the support of Tana Tapi, the dynamic divisional forest officer and deputy conservator of PTR, a member of the local Nyishi community himself. NCF also encourages local schools to participate in the restoration effort through nursery visits and planting activities. In 2017, for the first time, saplings were distributed to a private tea estate in Assam, which showed a survival rate of over 70 per cent after eighteen months. And in 2018, around 3,000 saplings were planted in Lalung inside PTR, with an extremely encouraging survival rate of over 80 per cent at the end of nine months.

But beyond statistics, I need a visual impression. How tall are the saplings? I ask. “I was at one of the plots recently, and many of the saplings we planted are at least four metres high,” replies Naniwadekar. I do the math, that’s more than double an average adult’s height. Challenges notwithstanding, the rewards are visible.

Left: Hornbill populations have been negatively impacted because food plants they depend on and they nest on have diminished due to logging. Researchers from NCF have studied what hornbills eat by monitoring the seeds they spit out. This dietary information is very useful in determining the action plan for conservation. Photo: NA Nazeer - CC BY-SA 2.5 IN Right: Loss of tree cover has led to hornbills competing for tree hollows in which to nest. Researchers once observed a larger great hornbill ousting a wreathed hornbill from a nest hollow it had occupied. Photo: Aparajita Datta - CC BY-SA 4.0

In the intricate, symbiotic relationship between rainforests and hornbills, each is important for the survival of the other. While a robust population of bhelu trees is critical for hornbill nesting, the hornbills play a key role as seed-dispersers of important rainforest fruit trees.

“Our research has shown that hornbills are especially important seed dispersers of large-seeded rainforest food plants,” says Naniwadekar, “as they are among the few frugivores that can disperse seeds away from the parent tree without causing any damage to seeds. As hornbills range over large distances, even outside Pakke Tiger Reserve, they play an important role in natural restoration of degraded areas, genetic connectivity, and range expansion of species.”

One tree at a time, the restoration effort holds hope: for the rainforest, and for the flagship indicators of rainforest health, the hornbills. 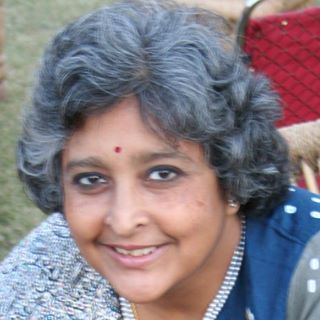 is happiest when she is writing, whether it is about wildlife, conservation, travel or corporate stuff, and regularly escapes to wildernesses for inspiration and nourishment.