Rhododendrons: Superflowers of the Himalayas 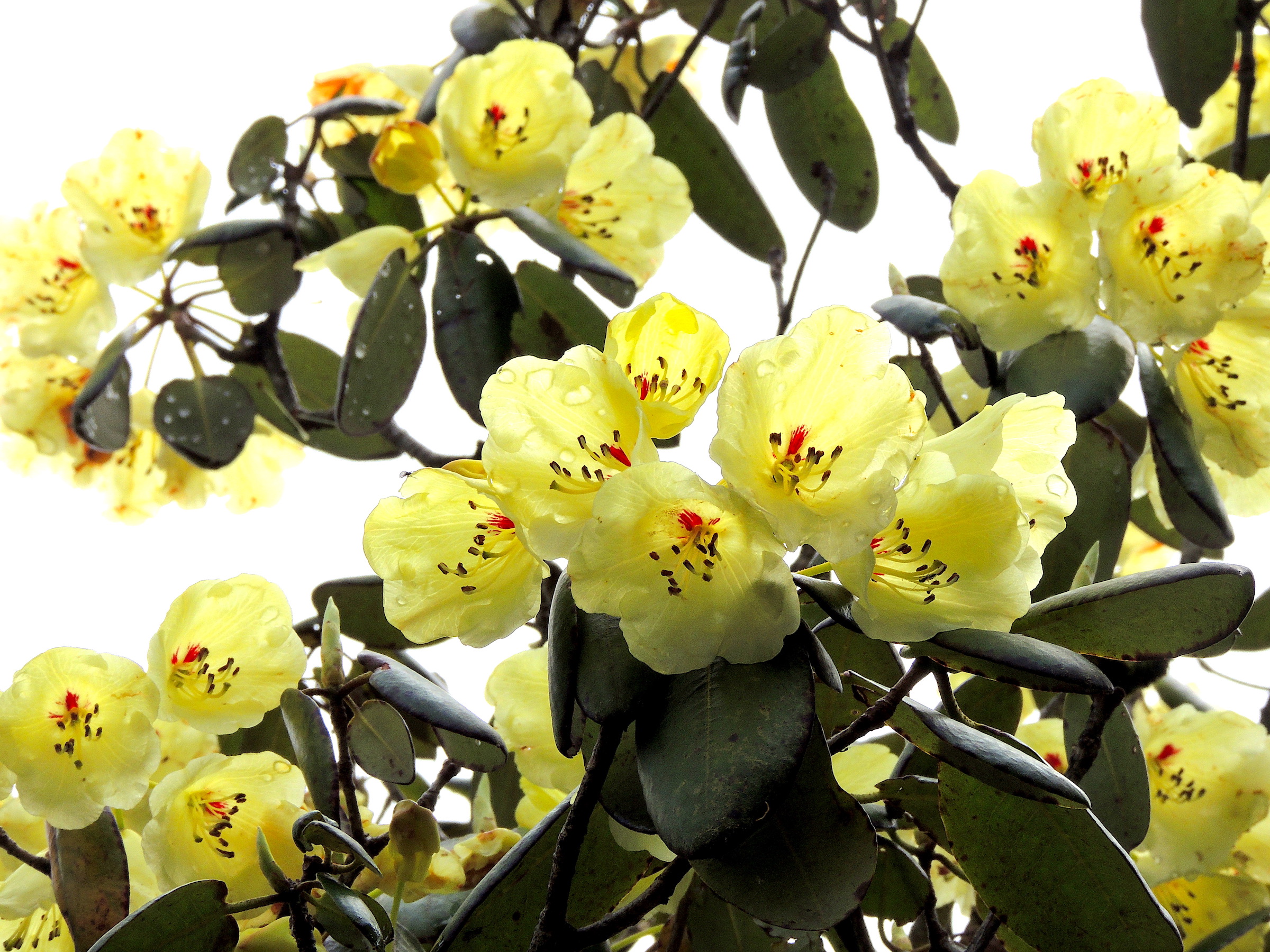 In the Himalayas, the onset of spring is marked by the blooming of rhododendrons. The flowering trees — found at altitudes ranging from 1,500 m to over 5,000 m above sea level — are abundant in the Eastern Himalayan region, especially Sikkim and Arunachal Pradesh. My first experience of the flowering season was in 2010, when I visited Shingba Rhododendron Sanctuary in North Sikkim on a field trip. I was spellbound to see so many attractive species that filled the forests with bright streaks of white, yellow, pink, orange, and red. Sikkim alone is home to more than 36 rhododendron species.

Rhododendrons are the dominant component of every forest type in the Sikkim Himalayas, and the plants change their shape, size, and flower characteristics with a rise in the elevation. For instance, one can see tall rhododendron species such as R. arboreum and R. falconeri in the lower temperate forests. Further up in the mid-subalpine forests, we see bushy shrubs of R. thomsonii, R. campanulatum and R. hodgsonii, and the higher alpine forests are dominated by dwarf woody species such as R. anthopogon, R. setoum, and R. lepidotum. 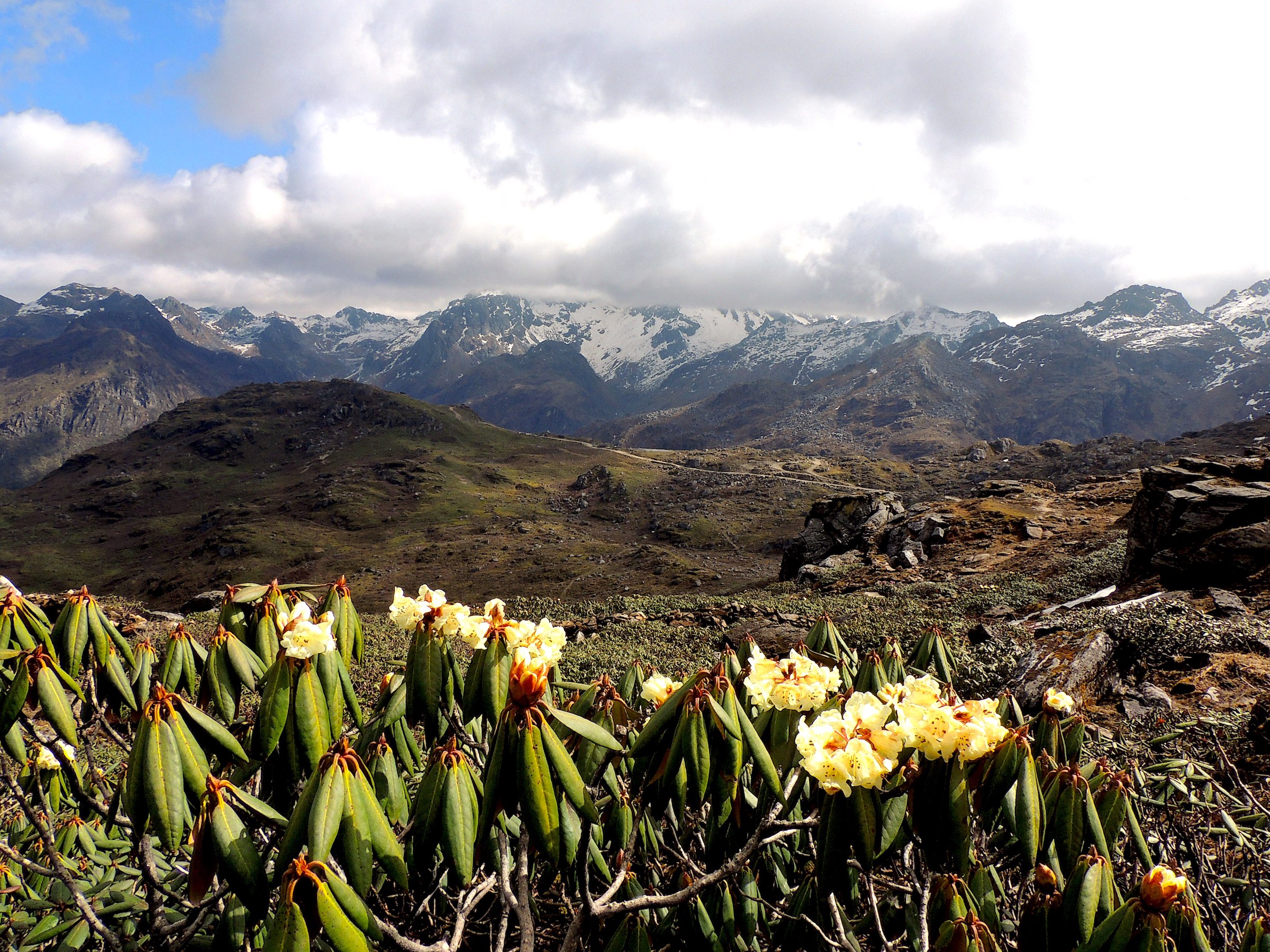 Rhododendron wightii is an early flowering shrub of the alpine region, known to bloom even when the land is covered with snow. Photo: Shweta Basnett Cover photo: The genus Rhododendron is an important part of mountain ecosystems, especially in the Himalayas and Southeast Asia. Some species are commonly found, while others, like this Rhododendron campylocarpum are sparsely distributed. This photo was taken in Sikkim, where the species can be seen as an understory of tall conifers trees. Cover photo: Shweta Basnett

The flowering of rhododendrons attracts a huge number of tourists to the Himalayas every year, all keen to experience the spectacular display of colours. Often, the fallen blooms cover the entire forest floor like a colourful carpet. In Sikkim, during the flowering season, a rhododendron festival is celebrated in the Barsey and Singbha Rhododendron Sanctuaries. These festivals have benefited local communities and serve as a source of revenue for the state government.

Rhododendrons have numerous uses. Due to their floral characters, the genus is globally promoted as one of the best ornamentals for urban landscaping. Their nectar, pollen, flowers, and leaves are an important food resource for bumblebees, flies, birds, pikas, and other animals. They are also renowned for their cultural and economic value; the wood is commonly used for timber and firewood, while the leaves, stems, and flowers are used in the preparation of traditional medicine, teas, and juices. In Himalayan households, mixtures of juniper and dwarf rhododendron leaves are commonly used as incense.

Rhododendrons are sensitive to temperature, which makes them highly vulnerable to climate warming, but little is known about the specific environmental factors impact these Himalayan species. After a three-year-long experiment on ten co-occurring species in the Kyongnosla Alpine Sanctuary (KAS) in East Sikkim, I can conclude that genetically related species display similar timing of bud formation, flowering, and fruiting, but later events, such as fruit development and the splitting of the seed pods, is determined by environmental factors. So for all ten species in KAS, the early events occur from May until August when the weather is warmer, but later events occur between October and December, when the region experiences low temperatures due to high snowfall.

Despite difficult environmental conditions and the resource constraints of high altitudes, rhododendrons invest a lot of energy in their long flowering season, which lasts from May until July. Interestingly, different species display flowers of different shapes and sizes to attract certain pollinators, who transfer pollen grains in exchange for nectar. It is also common for plants to coincide their time of flowering with the peak availability of their potential pollinators. For example, in KAS, most rhododendron species that are bird-pollinated flowered between May and June, when the population of birds was significantly high. During later months, when food resources are scarce, most nectarivorous birds migrate to lower elevations.

So far, many studies have concluded that co-occurring plants with similar morphology (size, shape, and structure) flower together, to facilitate the attraction of similar pollinator groups. I observed a similar trend among rhododendrons. Through my research, I concluded that the lower-elevation species of rhododendron have relatively longer flowering periods with higher nectar volumes attracting bird pollinators such as the fire-tailed sunbird (Aethopyga gouldiae) and Himalayan white-browed rosefinch (Carpodacus thura). In contrast, the mountaintop species have smaller, tubular flowers and concentrated nectar. These floral characteristics, in general, attract insect pollinators, such as bumblebees and flies that prefer sticky nectar as it is easier for them to access with their proboscis.

My research also yielded important findings about the pollinators of the higher elevations. At the mountain top between 3,900 m to 4,200 m, most rhododendrons were pollinated only by insects and it was quite common to see hairy insects like bumblebees and flies pollinating the flowers. The flies, in fact, looked much bigger and more hairy than those at lower altitudes, which might be an adaptation for protection from the colder weather. Future warming might prove to be more harmful to these cold-loving insects and their host rhododendron species, in comparison to the species already adjusted to much warmer conditions in lower elevations. A future rise in temperature may also cause similar alterations in the life cycle of genetically related plants at high elevations that share similar flowering timing. For these reasons, similar conservation strategies for higher and lower elevation regions will not work.

The findings from my study can be useful to infer the fate of related species, but my findings were based on a small set of species, so it’s important to carry out similar studies on a more extensive scale. This will give us a better understanding of general trends and the drivers associated with plant reproduction of the Himalayan region. To be successful, it is highly important to consider the habitat and ecology of species while building any conservation strategy for the mountain ecosystem.

Currently, as a postdoctoral fellow, I am advancing my study of rhododendrons by considering more species across different geographical locations in the Himalayas. I hope that the information obtained will contribute to the larger understanding of plant-pollinator interactions in a fragile mountain ecosystem — and ultimately, that it can be useful to infer the fate of the rhododendrons in the future. 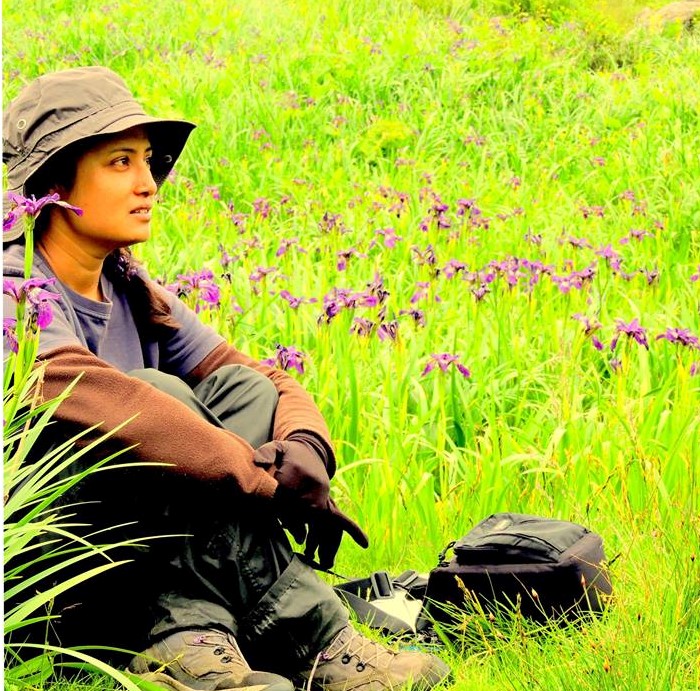 is a postdoctoral researcher at ATREE. Her Ph.D. research examined reproductive phenology and plant-pollinator interaction of rhododendrons in Sikkim. 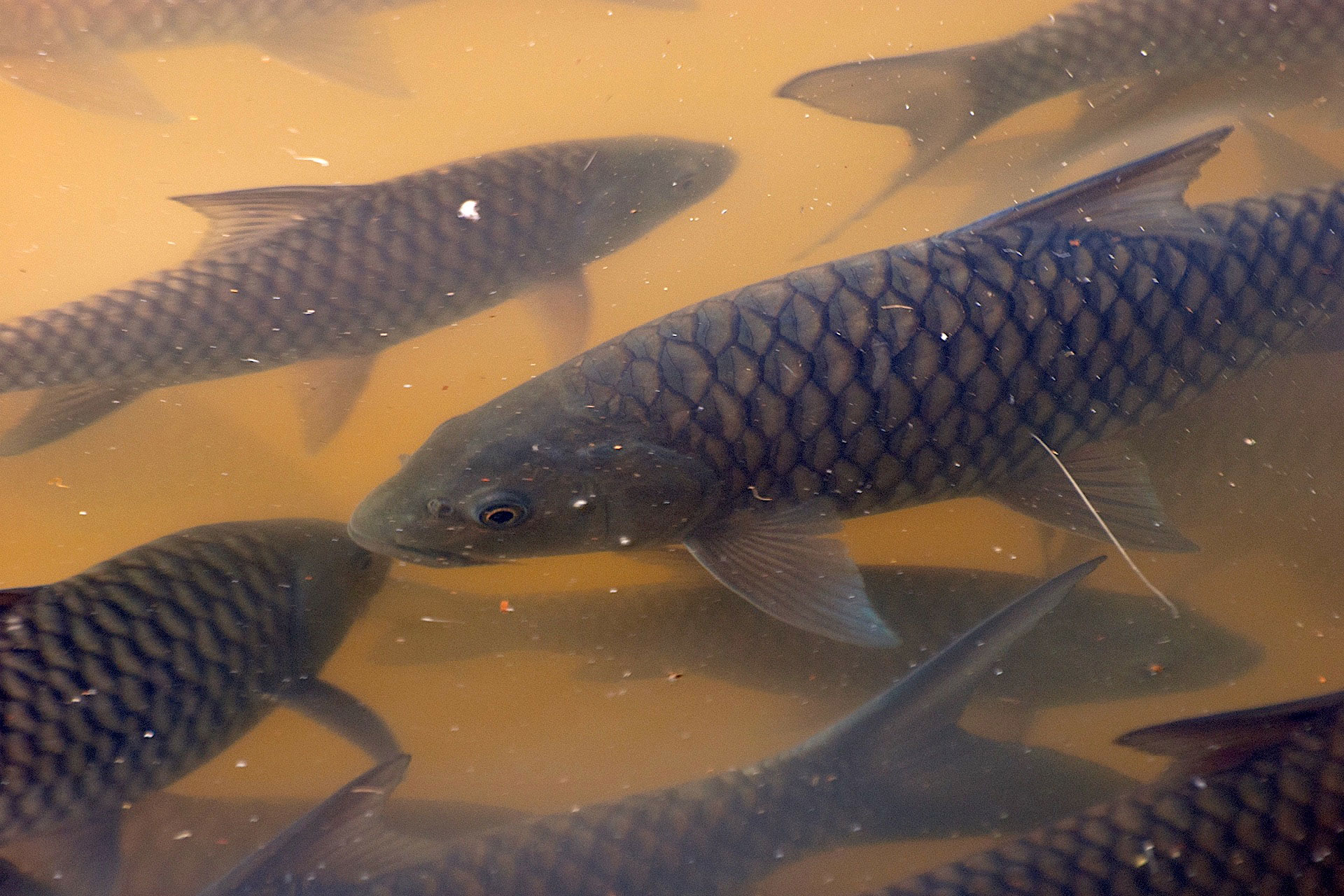 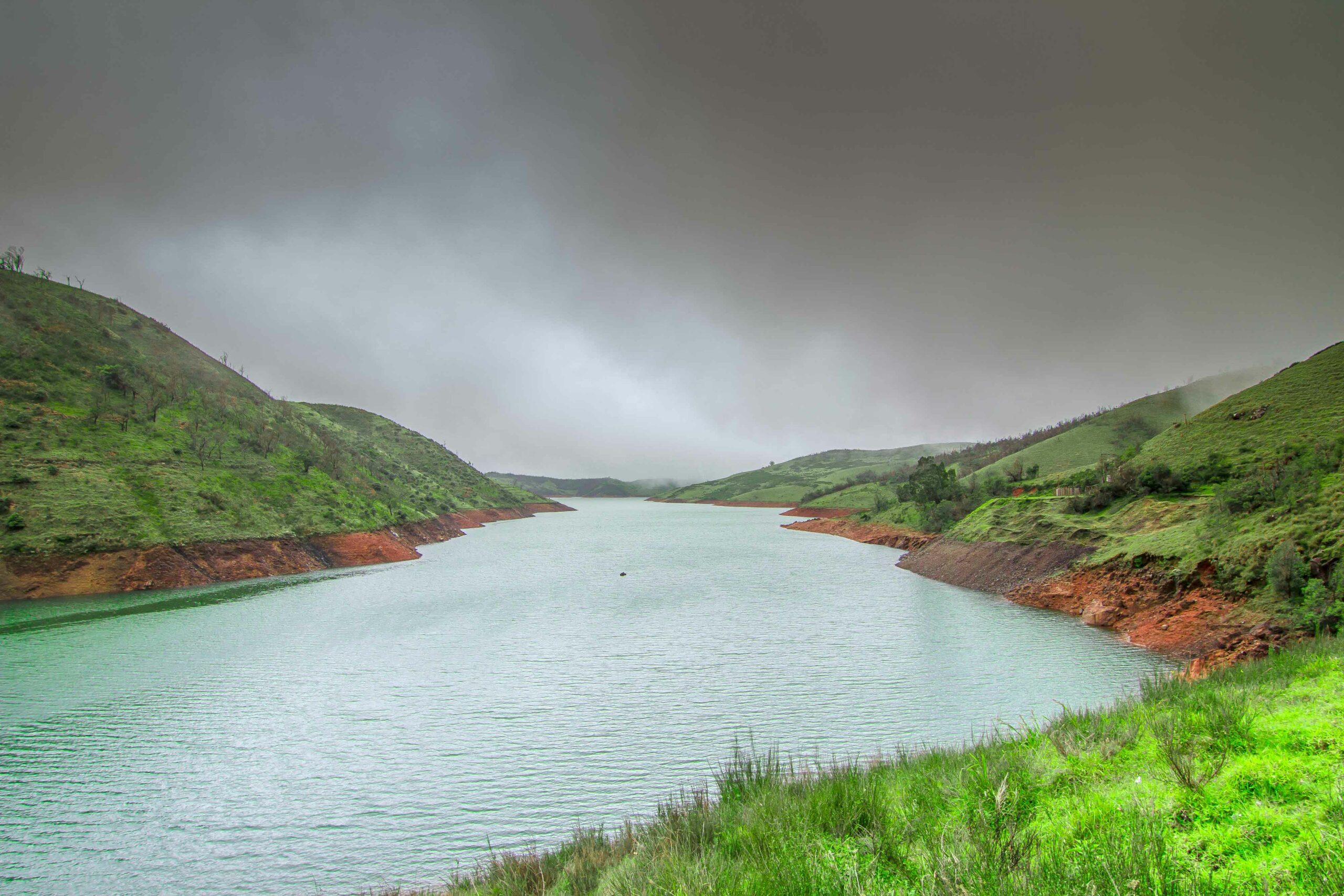 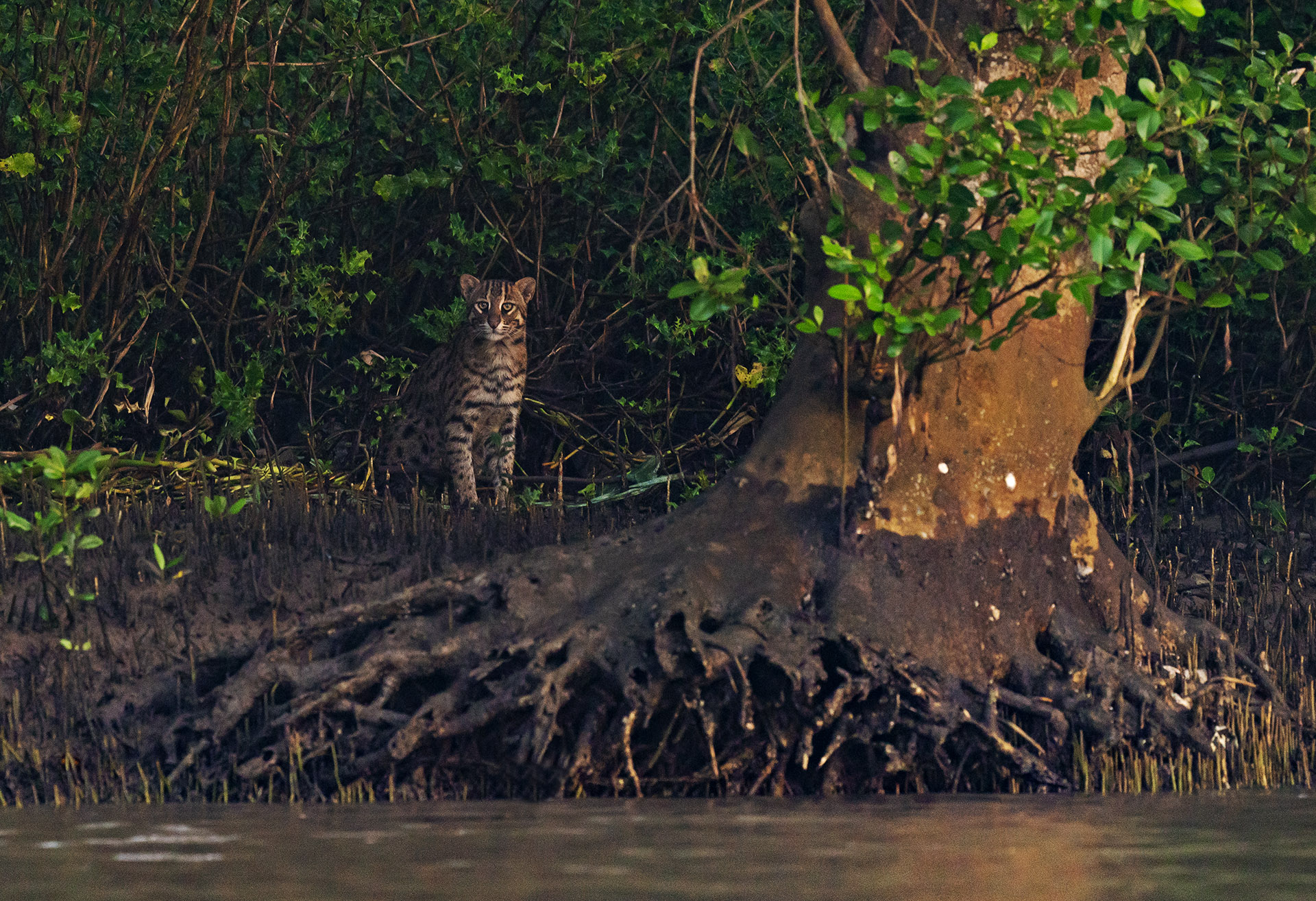