In February 2020, while inaugurating the 13th Conference of Parties to the Convention on Migratory species India’s Prime Minister boasted of India’s success in “doubling” tiger numbers. Meanwhile, ex-bureaucrats and scientists have warned: “India does not have enough protected forest areas for more tigers.” “The tiger reserves are saturated.”

So should our chests be swelling in pride? Should we be resting on our laurels, happy in the thought we have done all we can? We think not. Sure there are aspects to cheer, but for those with broader vision, there is so much more that can and needs to be done.

We are presently celebrating an estimated 2,967 tigers in India. In 2006, the estimate was 1,411 — hence the claim of doubling the population. However, there are a number of aspects to take into account here. Are these figures really comparable? Can they be subjected to this simple arithmetic? The correct answer is, no! With each successive census, the estimation methods have developed and the area covered has increased. Indeed, in the early years though said to be an “All India” figure, the actual area covered is not stated. Since 2008, camera traps have been the primary method used to extrapolate for the rest of the country, but that year’s report noted that this extrapolation was not reliable enough to monitor trends. In 2010, cameras were deployed over 10,500 sq km and recorded 550 individual tigers. The latest census (2018) covered by camera-trapping was 11 times this, spread over 121,337 sq km, with 2,461 individual tigers recorded. But in no two estimates has data been presented in a way that is comparable. The area covered has changed and in this last estimate, demographic parameters have also been changed. The age of tigers included has been lowered. In all previous years, the figure represented the number of tigers above 18 months of age. The latest figure covers all tigers aged above 12 months. Some experts estimate this may have inflated the figure by at least 200 tigers.

The tiger revival story of Madhya Pradesh’s Panna Tiger Reserve is quite remarkable, but have we addressed the threats that caused the extinction of the original tiger population in 2008-9? Photo: Joanna Van Gruisen Unlike most other big cats, tigers are often seen cooling off in ponds or streams during the hottest part of the day. Thermoregulation in the extreme hot months determines tiger activity and choice of habitat. Photo: Arindam Bhattacharya

Even so, why do we take 2006 as the baseline? This represents “conservation amnesia” or shifting baseline syndrome. Clearly many have forgotten that when India announced that she may only have 2,500 tigers left, the world was shocked at this figure; at that time it was regarded as a frighteningly low number. The IUCN immediately included the tiger in their Red List of Endangered Species, India banned hunting, and set up Project Tiger — a special authority to conserve this iconic animal. And yet almost 50 years on, the same figure, plus a couple of hundred more, is being hailed as a triumph. Over the intervening years, crores of rupees (millions of dollars) have been spent on saving the tiger, the original 9 tiger reserves have increased to 50, and the national parks from 5 to 105. In total, the Protected Areas (PAs) of India now stand at well over 800, and cover over 165,000 sq km; geographically this is almost 5 per cent of India. In light of this, does an increase of a couple of hundred tigers really sound like it is rest-on-your-laurels celebration time?

And are all the tiger reserves really saturated? The headlines overlooked the fact that three more of our prestigious top wildlife management areas had lost all their tigers since the last count — Buxa, Palamau, and Dampa — and several others were seeing declining tiger numbers. Considering the well-publicised cases of Sariska and Panna, it means that as many as 10 per cent of our tiger reserves have allowed the very animal for which they were created, to go locally extinct.

But let’s look to the bright side. Our Project Tiger founders had a vision, and the spread of reserves encompasses all of India’s tiger habitats. Tigers still exist in more or less all the geographical habitats that they did before. This is a less lauded but remarkable achievement. It also provides an excellent base on which to move forward. India now needs a new conservation model that builds on the success it has achieved to date.

Even if our tiger reserves were saturated with tigers, does this really mean there is no room for more? India’s conservation success has mainly been based on only one conservation model and this is an exclusionary one. Our only conservation agency is the government and their PAs are designed to keep all threats outside. There is no denying that this has had success, but it also has limitations, especially in a country with a growing population and with growing aspirations. It has also come at a cost to many rural communities. And many of the areas are not large enough to support a healthy population of a large carnivore like the tiger. It is time to look beyond this. Widening the field of vision can unveil many possibilities that not only increase habitats for tigers and other wildlife, but can also provide benefits, not loss, to the communities who live in rural and wildlife spaces.

There are very few places to see tigers in the wild and world attention is focussed on a few premier tiger reserves (like Ranthambore above). We need 30-40 more places like this in India. Photo: Joanna Van Gruisen

Five per cent of the country is under PAs, but around 21 per cent has forest cover. Even allowing for plantations and unsuitable forests within that figure, it still leaves many thousands of square kilometres of potential tiger habitat. But we need to find a way to unlock its potential in a manner that brings development along with increased biodiversity. This can be done with inclusive conservation models — community projects, public-private partnerships, community-private projects. If the government opened its arms, it would find many friends to aid its objectives and projects that could complement and enhance their exclusionary model.

These can have many benefits. Let us look at Panna Tiger Reserve as an example: this is a dry forest area that covers around 543 sq km of core habitat. A ten-year tiger study there revealed a space mismatch, and that the park is not big enough to hold a viable population of tigers over the long term. This is true for many of the protected tiger habitats. The truth of this for Panna was underlined by the fact that under pressure from poaching, the tigers went extinct there in 2008-2009.

Such protected populations are not viable on their own; their survival is dependent on neighbouring populations and connectivity. A connected network of several smaller satellite populations will increase their viability. These satellite areas would give places like Panna a meta-population that is demographically viable over the long term. Furthermore, some of these populations could act as stepping-stones to other protected areas, and create a larger nested meta-population structure. Animals moving from Panna to Bandhavgarh, or Panna to Nauradehi or Ranipur, must cover up to 120 km in one stretch; rather than trying to secure such a long corridor to protect this movement, the creation of small satellite areas would mean tigers would only need to cross maybe 40-50 km of human-dominated landscape before finding a breeding population or sanctuary. And we have seen they can do this; tigers can move through areas even where there is no forest or other appropriate habitat. We just need to minimise their time there, to increase their safety, and the success of such dispersal. Joining two viable populations will also ensure genetic viability.

Ensuring successful dispersal of young tigers is an essential element in tiger conservation planning. Minimising their vulnerability as they navigate through human-dominated landscapes can improve connectivity between populations. Photo: Arindam Bhattacharya

And how will the local community benefit from managing such satellite sanctuaries? The health of the traditional local economy of villages in these habitats is deteriorating, and the harmony that existed for centuries is breaking. Change is needed to build new economies that are contemporary and conservation/nature friendly, capable of reversing ecological degradation. One way to do this is through tourism. Not only do we need new conservation models, but also different tourism models. The world over, tourism is managed and used to benefit conservation; it can bring huge revenues and be an active partner in preserving biodiversity. Tourism can be an economic driver with communities as the primary beneficiaries of this economic development.

Our research shows that the existing tourism model in India brings huge benefits to local communities and wildlife, even though it was not designed for conservation. It has happened unintentionally and the benefit is only in the few areas where it operates. These benefits can be spread. We also envisage a hugely enhanced visitor experience, an increase in biodiversity of an area, and a quantum leap in livelihood for communities as the main partners of these conservation-based economies — 3-in-1, a win-win-win situation!

Then, we can truly double the number of tigers — aim for 5,000+ — and simultaneously help to lift India up from its falling poverty levels. Some even suggest 10,000 tigers could be possible. Forest land is owned by the government, but there is no reason why it needs to be managed only by them. Opening eyes, minds, and arms reveals other models that can complement and expand the existing one. It is time to move forward and investigate which ones work best. 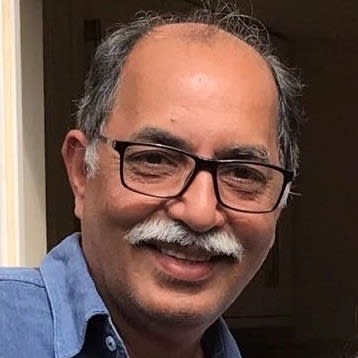 is a conservation biologist and author of The Rise and Fall of the Emerald Tigers – Ten Years of Research in the Panna National Park.

is a wildlife filmmaker/photographer, writer, and conservationist. She and Raghu Chundawat run a wildlife conservation trust, Baavan - Bagh Aap Aur Van, and a small eco-lodge in Madhya Pradesh.