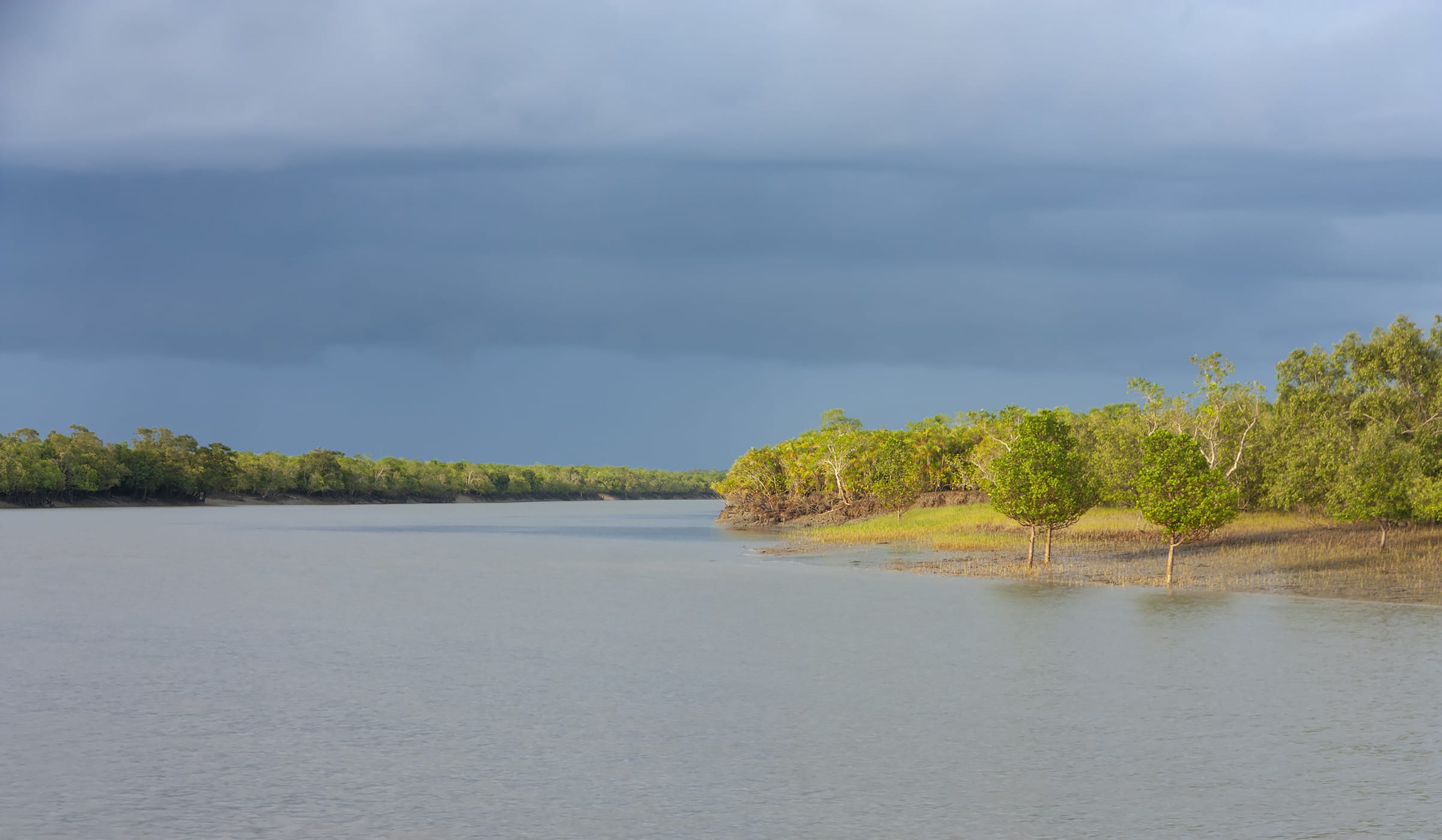 Mangroves typically grow where sea water meets the fresh water, however, lately researchers have discovered that this relationship is changing. The Sundarbans is the world’s largest mangrove forest that stretches for about 10,000 sq km across India and Bangladesh. It hosts more than 28 species of mangroves, that stand as guards along the coast, and are known for their abundant carbon capturing abilities. However, patches of mangrove species are now growing naturally as far as 180 km from the Sundarbans — some have been spotted along the Hooghly river in Kolkata. And this, scientists believe, is far from good news.

Why and where are the mangroves migrating?

Mangrove migration is also reported in few other countries like in Mexico, Louisiana, Australia and Florida, however this migration is the first recorded case in India. In 2013, after finding some evidence of mangroves around the Hooghly river in Kolkata, Dr Punarbasu Chaudhari and a team of researchers from the University of Calcutta decided to study the density and growth of the mangrove species in and around the region. Over seven months they took boats to thoroughly survey West Bengal’s waterbodies — from Gangasagar Island (the confluence of Hooghly and the Bay of Bengal) to Tribeni (180 km from the mouth of Bay of Bengal). “The rising temperature, rapid growth of Kolkata city and absence of proper waste disposal techniques, are few factors which might have played a role in the upstream migration of mangroves,” says Chaudhari, who led the research.

Mangrove roots have developed fascinating adaptations to survive in the constantly shifting tides and loose soil along the coast. Pneumatophores (seen above) are specialised root structures that stick out of mud and breathe. Photo: Arindam Bhattacharya
Cover: The Sundarbans that stretches along the eastern coast of India and Bangladesh is the world’s largest mangrove forest. About 40 per cent of the forest lies within Indian borders. Cover photo: Arindam Bhattacharya

The river Ganga originates in the Himalayas and splits around Murshidabad into two main tributaries — Hooghly and Padma. The Hooghly river which flows on the Indian side is more saline than the Padma river, which flows in Bangladesh and carries more fresh water. However, after the construction of the Farakka Barrage on the Ganga river in 1975, the natural composition of the river Ganga was modified and a large volume of fresh water from the Ganga was diverted to Hooghly. This decreased the salinity levels of Hooghly significantly. The Hooghly has also undergone tremendous transformations due to unplanned development and industrial activities along its banks. These developments have increased the flow of sediment and nutrients from municipal and domestic sewage and industrial waste.

The changes have had an unlikely consequence. The mangrove plant species, which stopped germinating in and around the Hooghly about 6,000 years ago, are now growing naturally in these “modified” habitats. “As a response to the changing environment and habitat, the mangrove species started to relocate to find a new suitable land. The species which could manage to grow in less saline water, started to move upwards in the river Hooghly,” says Dr Somdeep Ghosh, one of the researchers. 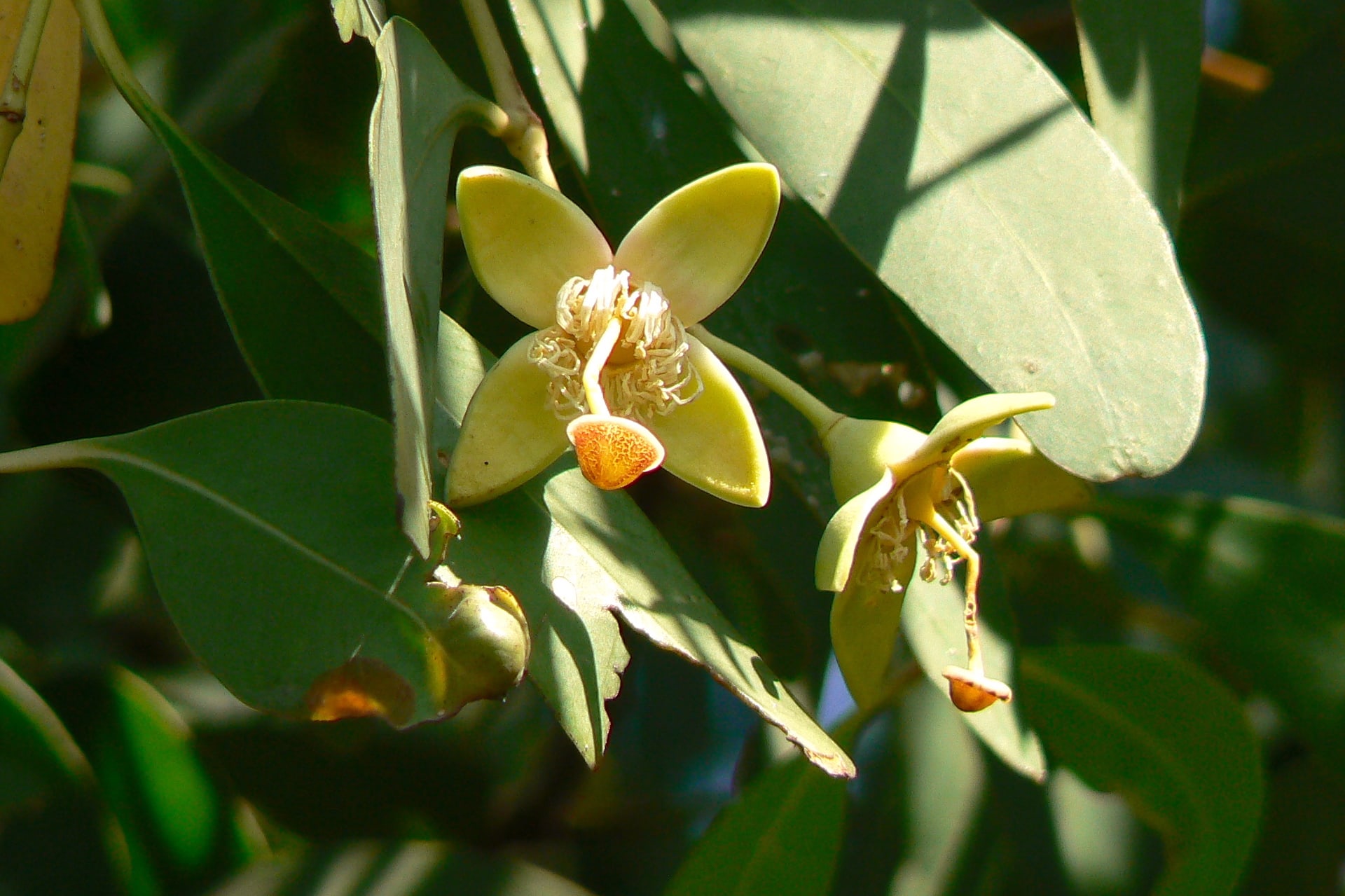 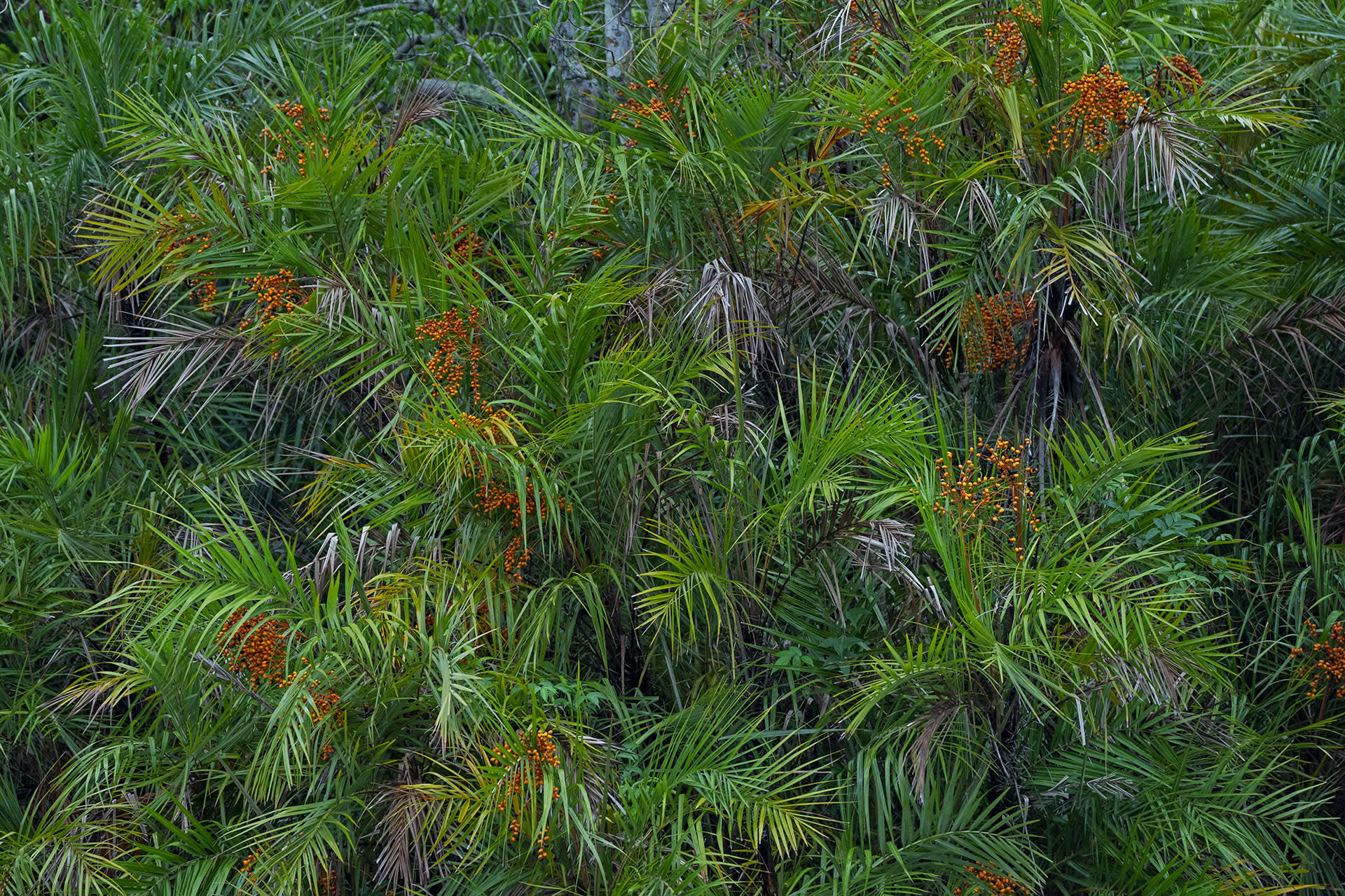 As a result, mangrove species that can thrive in less saline waters have started gradually migrating. Various patches of different mangrove species (such as Sonneratia caseolaris, Sonneratia apetala, Barringtonia acutangula, Caesalpinia bonduc, Cryptocoryne ciliata, Derris trifoliata, Hibiscus tiliaceus, and Thespesia populnea among others) were spotted at various growth stages hundreds of kilometres away from the sea.

The study indicated that the Hooghly has seen a rise of potentially toxic metals. The concentration of iron, aluminum, and magnesium in the water has increased due to developmental and industrial processes. The confluence of many industries have increased population density in and around the Kolkata region, which has also led to an increase in the agricultural activities. As a result, the chemical influx in the river has increased, which affects the chemical oxygen demand (COD), a measure of oxygen in water that denotes the quality of water. Studies in China have also shown that mangrove species like Sonneratia caseolaris grow well in the presence of high COD levels of water and low salinity. 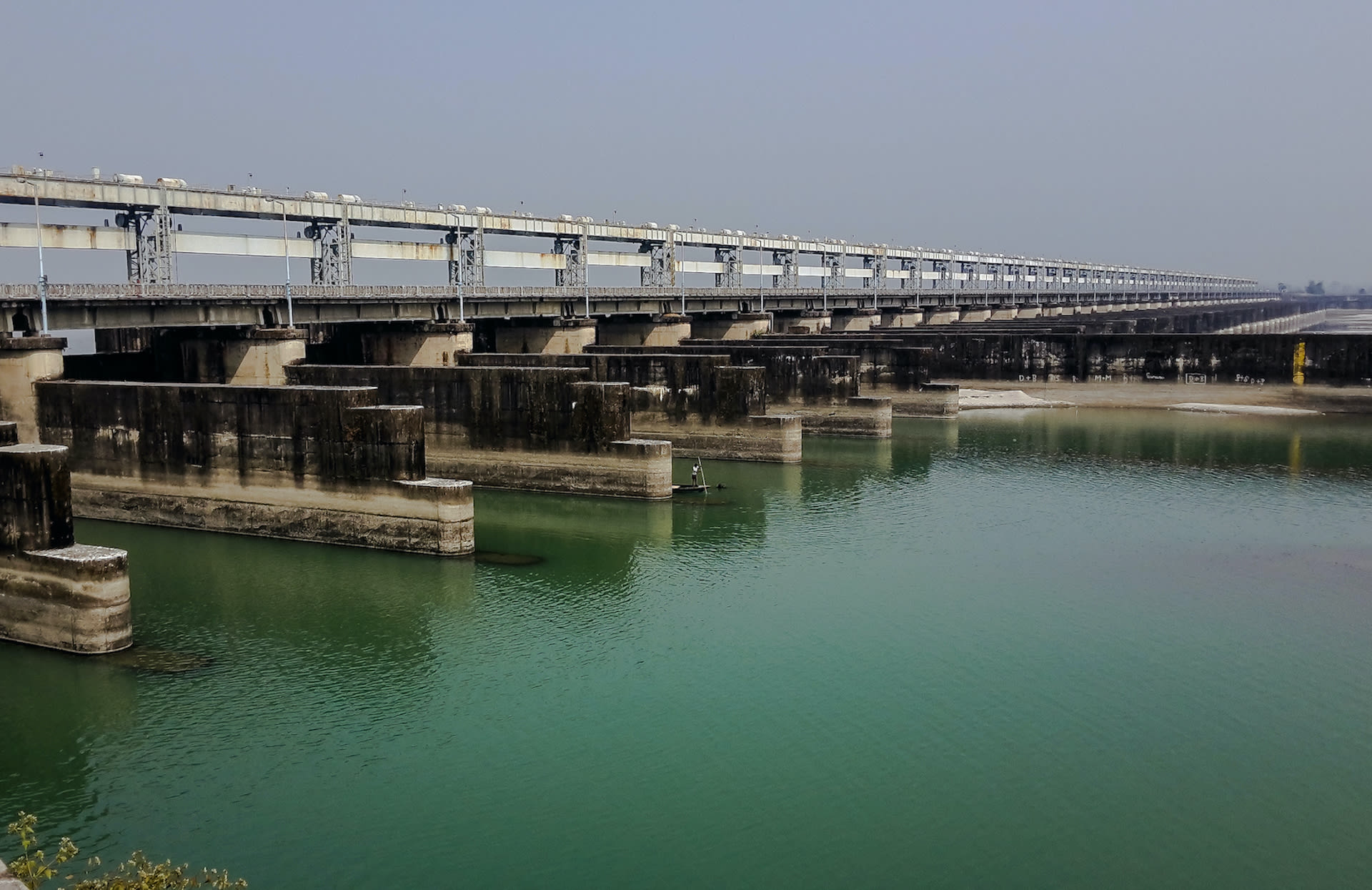 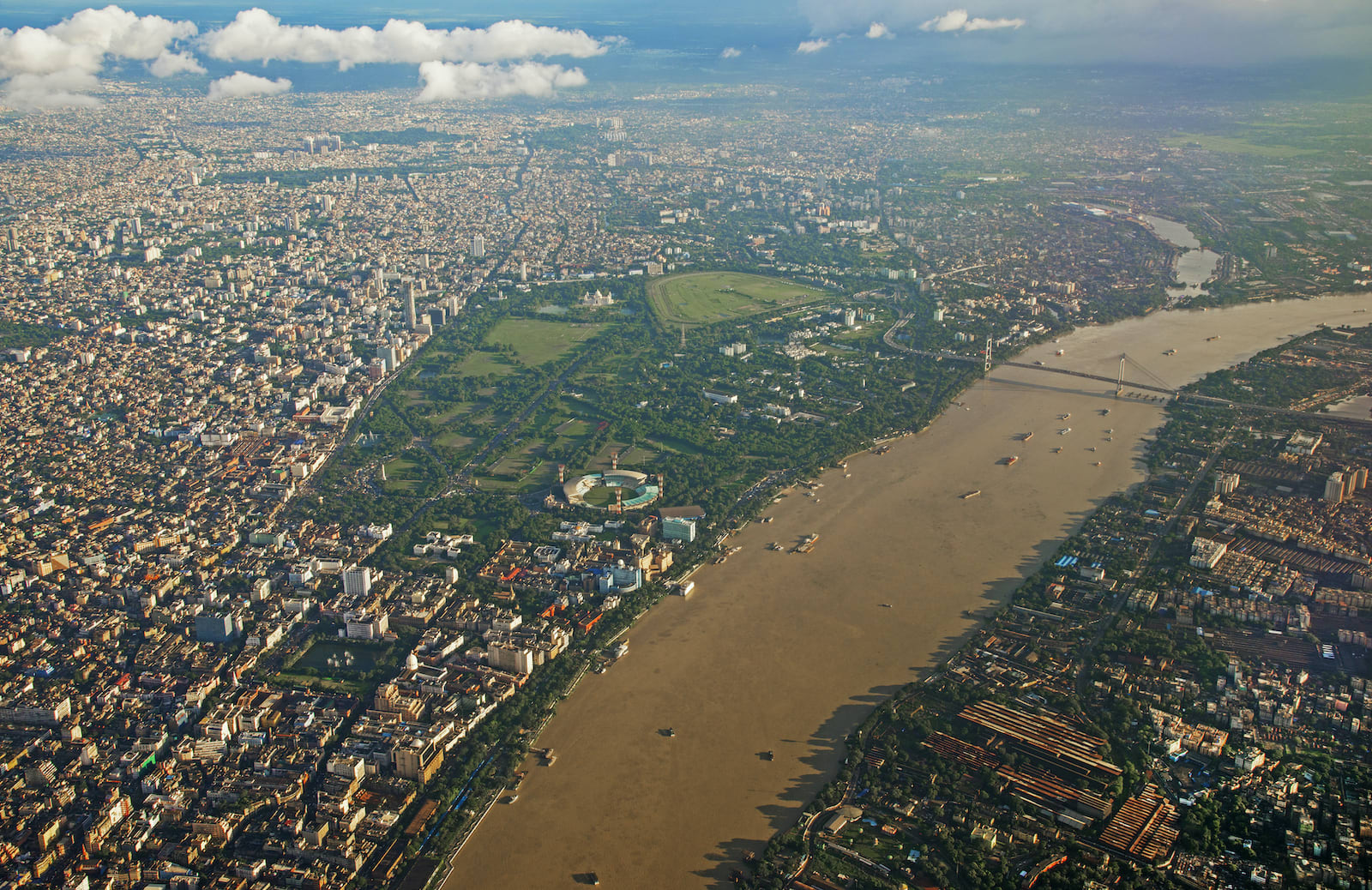 (Left) The Farakka Barrage, constructed close to the Bangladesh border, was built to divert water from the Ganga to the Hooghly river. (Right) The banks of the river Hooghly that run through Kolkata have seen a spike in unchecked development. Photos: Krishna8412 (left), Dhritiman Mukherjee (right)

What does the new colonisation by the species mean?

From 2000 to 2018, the Bay of Bengal experienced severe and more frequent cyclones. Recently, West Bengal coast witnessed two extremely high speed cyclones — Cyclone Bulbul in November, 2019 with a maximum speed of 155 km/hr and Cyclone Amphan in May, 2020 with maximum speed of 185 km/hr.

The dense mangroves of the Sundarbans act as a shield and slow down the speed of wind as it reaches the inland cities. However, deforestation, change in land-use pattern and human activities — including aquaculture and tourism — is impacting the health and density of the Sundarbans’ mangroves. “The migration of the mangroves is an indicator that the river system is under tremendous stress. If this continues, mangroves would not be sufficient to save the cities like Kolkata from 160-200 km/hr wind speeds,” says Ghosh. 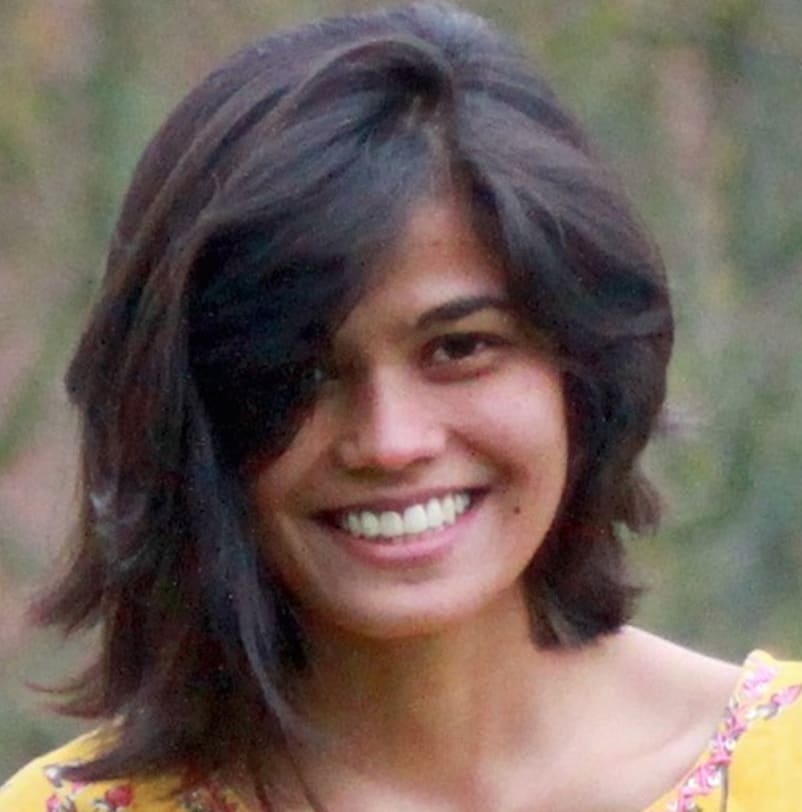 is an independent journalist and focuses on development, sustainability, agriculture and green growth.