Text and photographs by: Shashank Birla 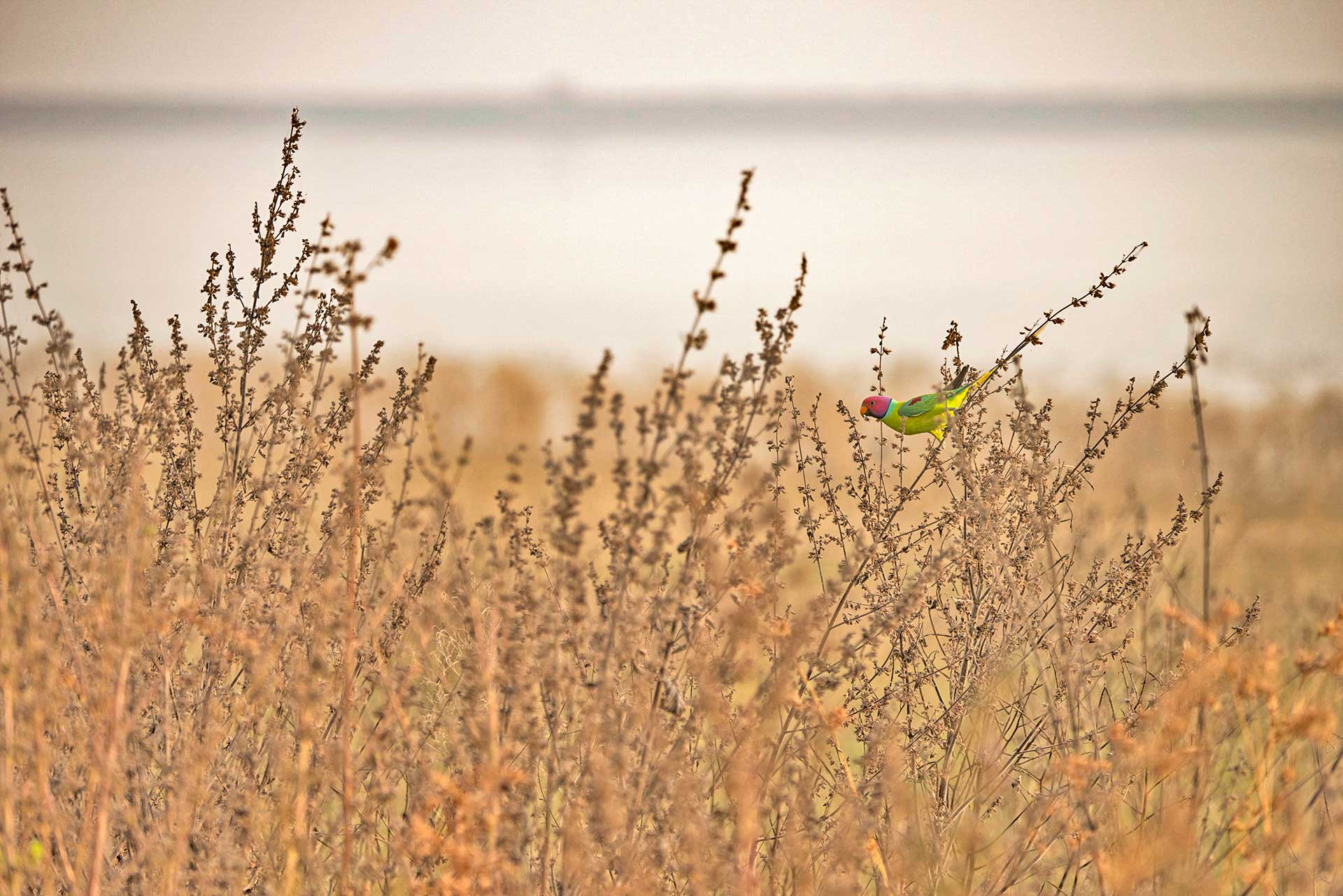 Despite our guide Manoj’s best efforts, there was no sign of a big cat. We had been closely tracking the movement of one of the stars of Bor Tiger Reserve. Much like her namesake in the world of Hindi cinema, any sight of her would send her fans into a tizzy, but Katrina was nowhere to be seen. Then, we received a rather curious message that we should exit the safari gate immediately! We reached the Bordharan gate and came to a spot on the main road with the forest on our right and a village on the left. We scanned the landscape, and Manoj’s eagle eyes spotted her. He guided my vision to a patch of dense undergrowth at the crest of the small hillock on our right, and my eyes fell on a large white-and-orange shape ensconced within the heart of the undergrowth. As I peered through the binoculars, I saw Katrina looking back at me. Finally, Bor Tiger Reserve gave me a much-coveted encounter of the striped kind! 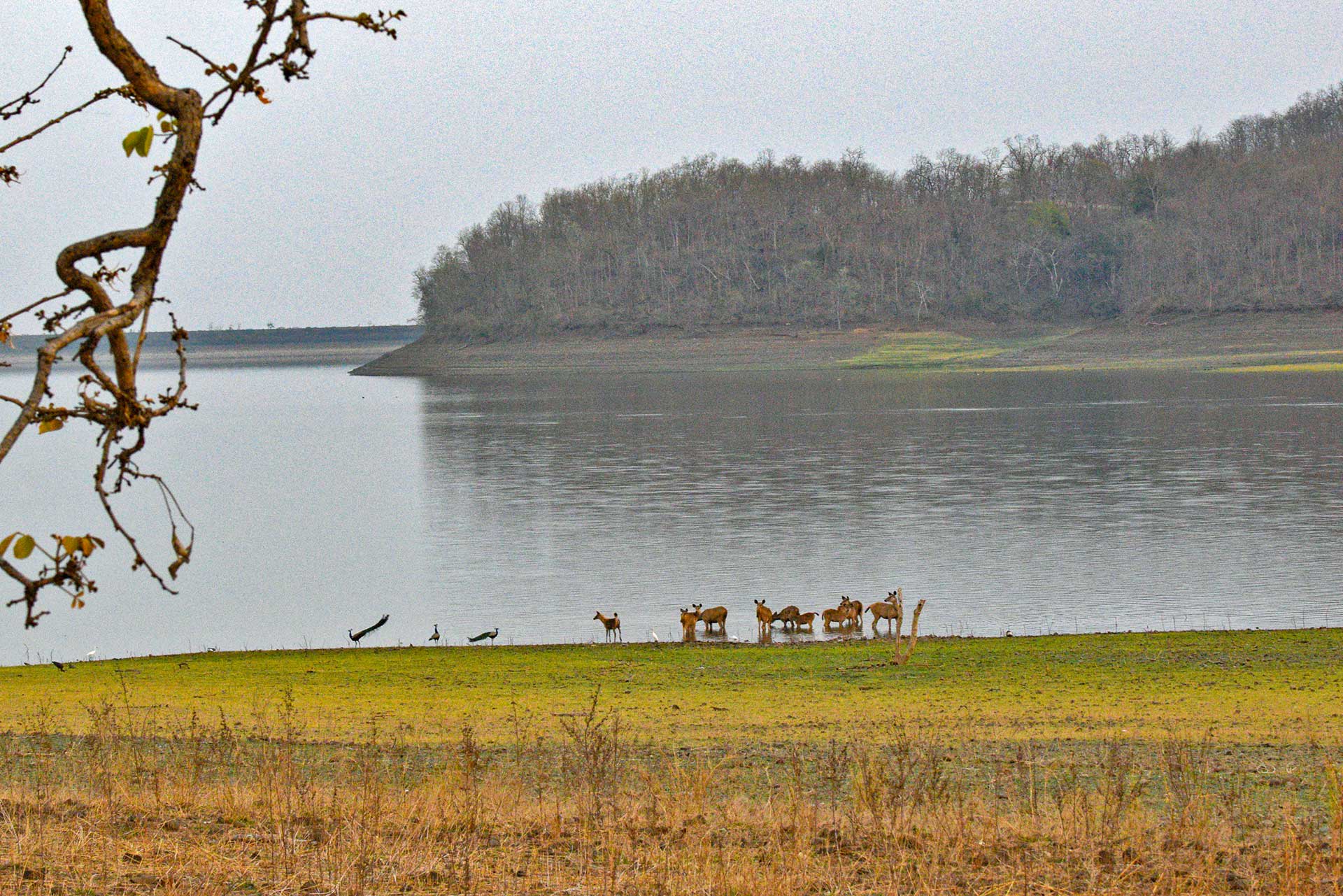 Sambar are a water-loving species, feeding on aquatic vegetation, wallowing in mud, and even swimming reasonably well. They’re often seen near banks of the Bor reservoir in the company of peafowl and egrets.
Cover Photo: The plum-headed parakeet, a beautiful resident species often overlooked in India’s forests, forages in Bor’s grasslands. They can be seen in large flocks in the mornings and evenings.

Explore
Bor was notified and became the country’s 48th tiger reserve in July 2014. It is located in Maharashtra’s Wardha district and is spread over approximately 140 sq km.

The Bor River has played a vital part in ensuring the surrounding landscape thrives as a biodiversity haven and led to Bor being declared a wildlife sanctuary in 1970. After the launch of Project Tiger and the notification of several reserves in Maharashtra, Bor, for a time, was not in the public eye; indeed, very few tourists ever visited it. Gradually, modern camera trapping methods and the practice of mapping tiger dispersal patterns threw new light on Bor. This park was found to be connected via forested patches to larger and more well-known tiger reserves such as Pench, Tadoba, Melghat, and Satpura. As tigers are large-ranging animals, both the expanse of Bor as well as its corridors are critical for the gene flow and healthy breeding of tigers in this landscape. 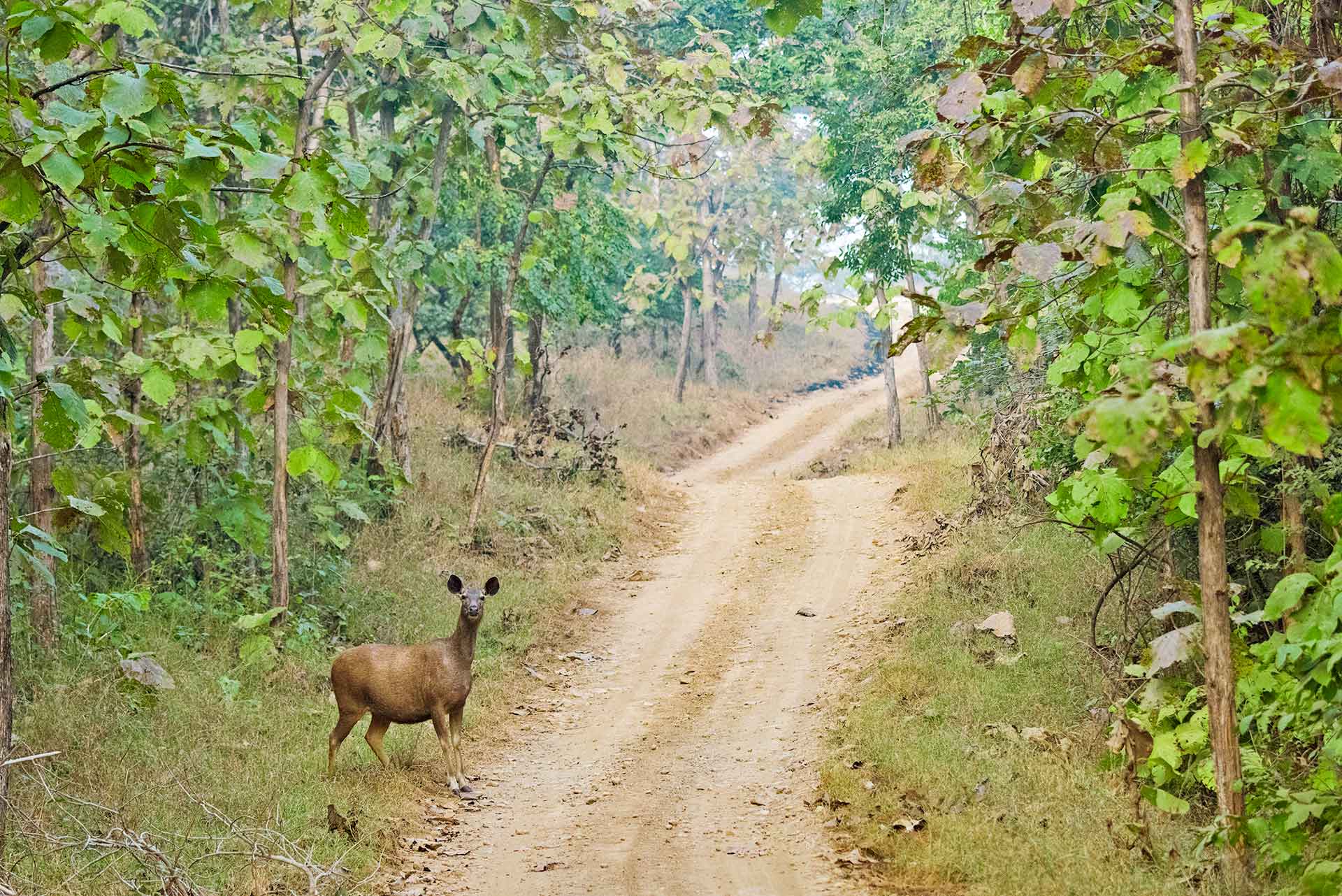 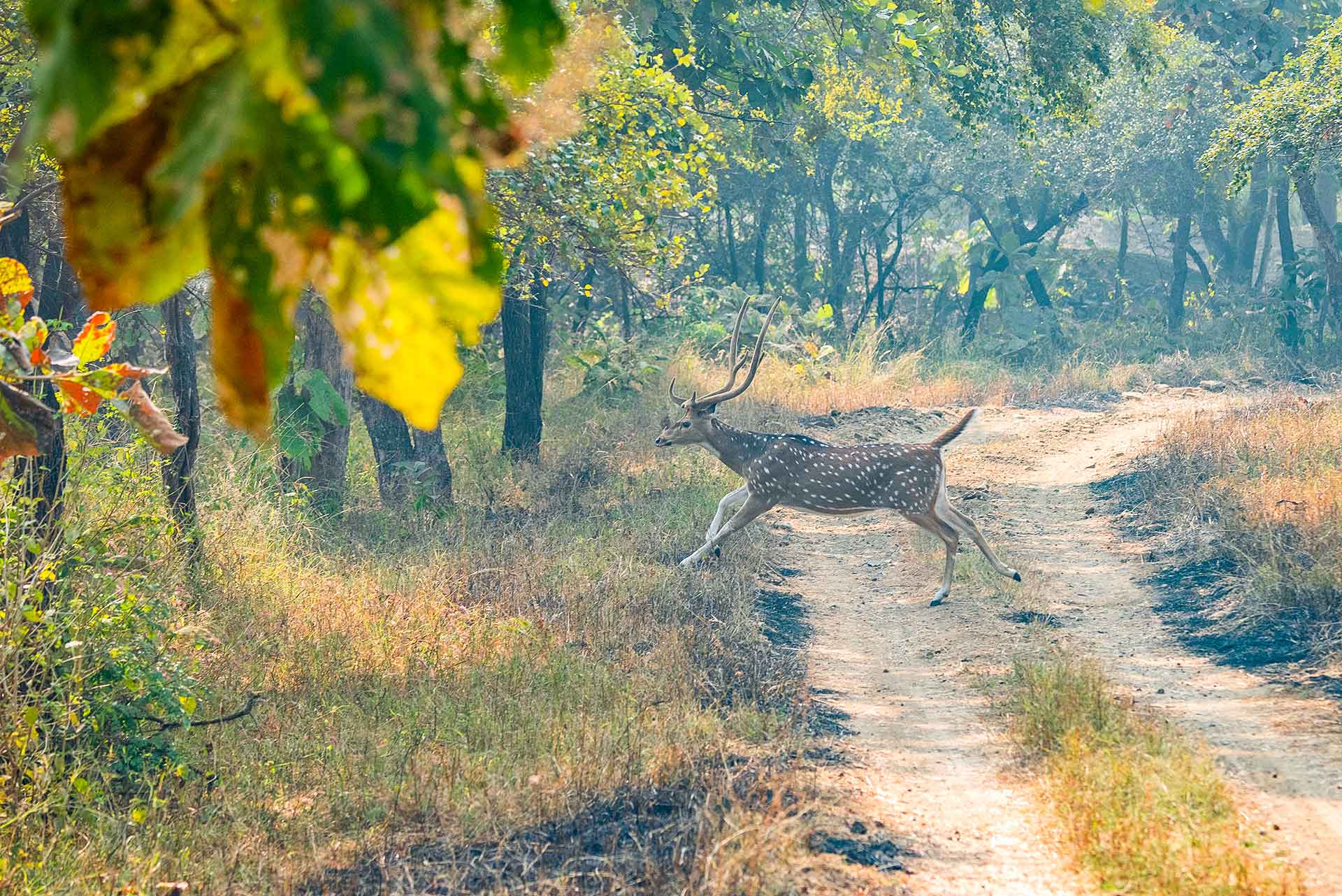 Once your guide is sure of the possible location of a tiger, take time to scan the undergrowth and bushes, and you may be rewarded with a glimpse of the striped cat (top). The dry deciduous forest comprises trees such as the tendu and teak and is the ideal habitat for two of India’s most widespread deer species, sambar (above left) and spotted deer (above right).

The park is accessed from two gates: Bordharan and Adegaon. Visit the park from the Bordharan gate, which currently has a better tourism infrastructure, especially with regards to hotels and lodges. Currently, the only way to explore the forest is via jeep safaris.

The forest type here is the characteristic teak-dominated dry-deciduous forest of Central India. It is interspersed with grasslands, dense bamboo-laden patches and small stream beds and rivulets. 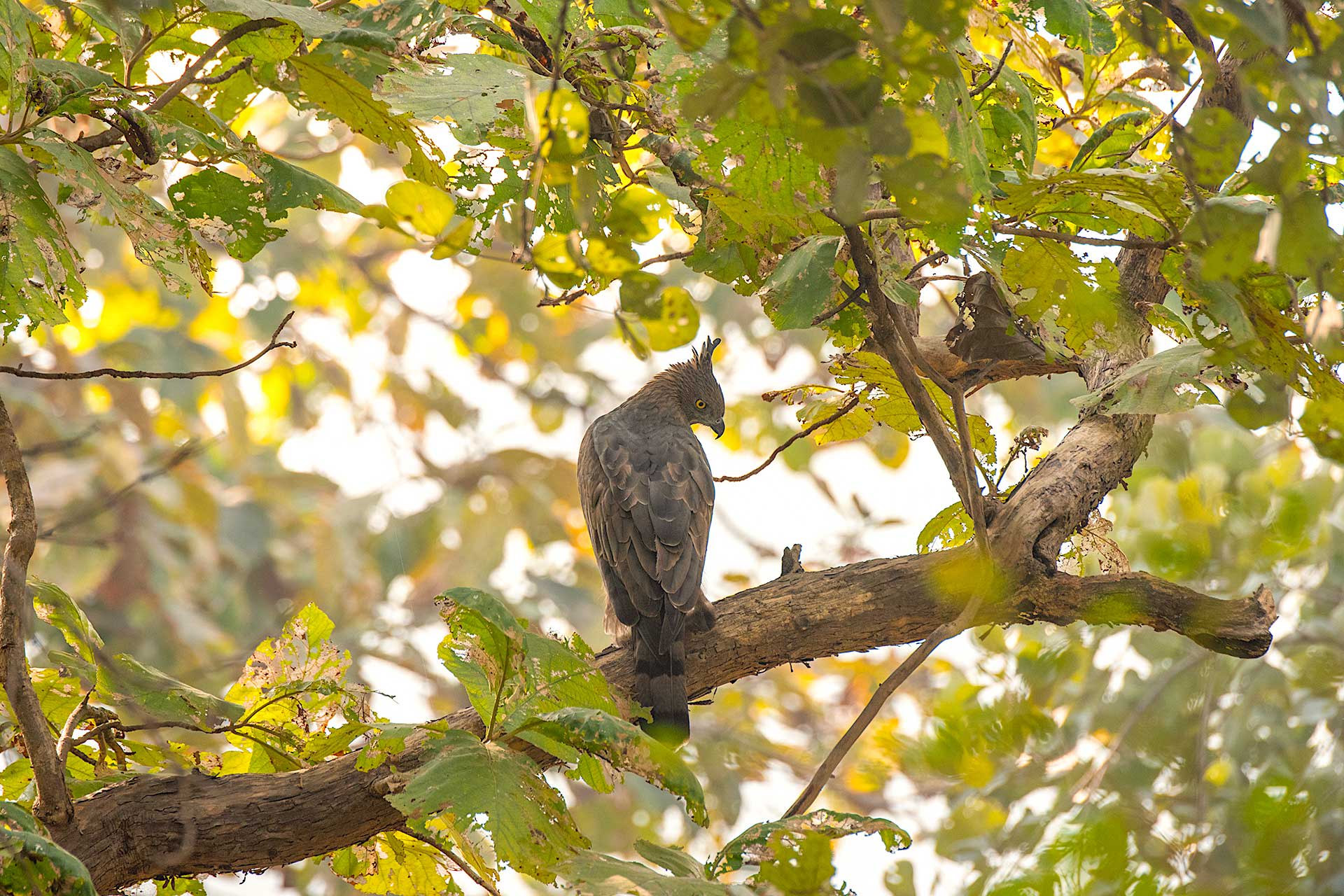 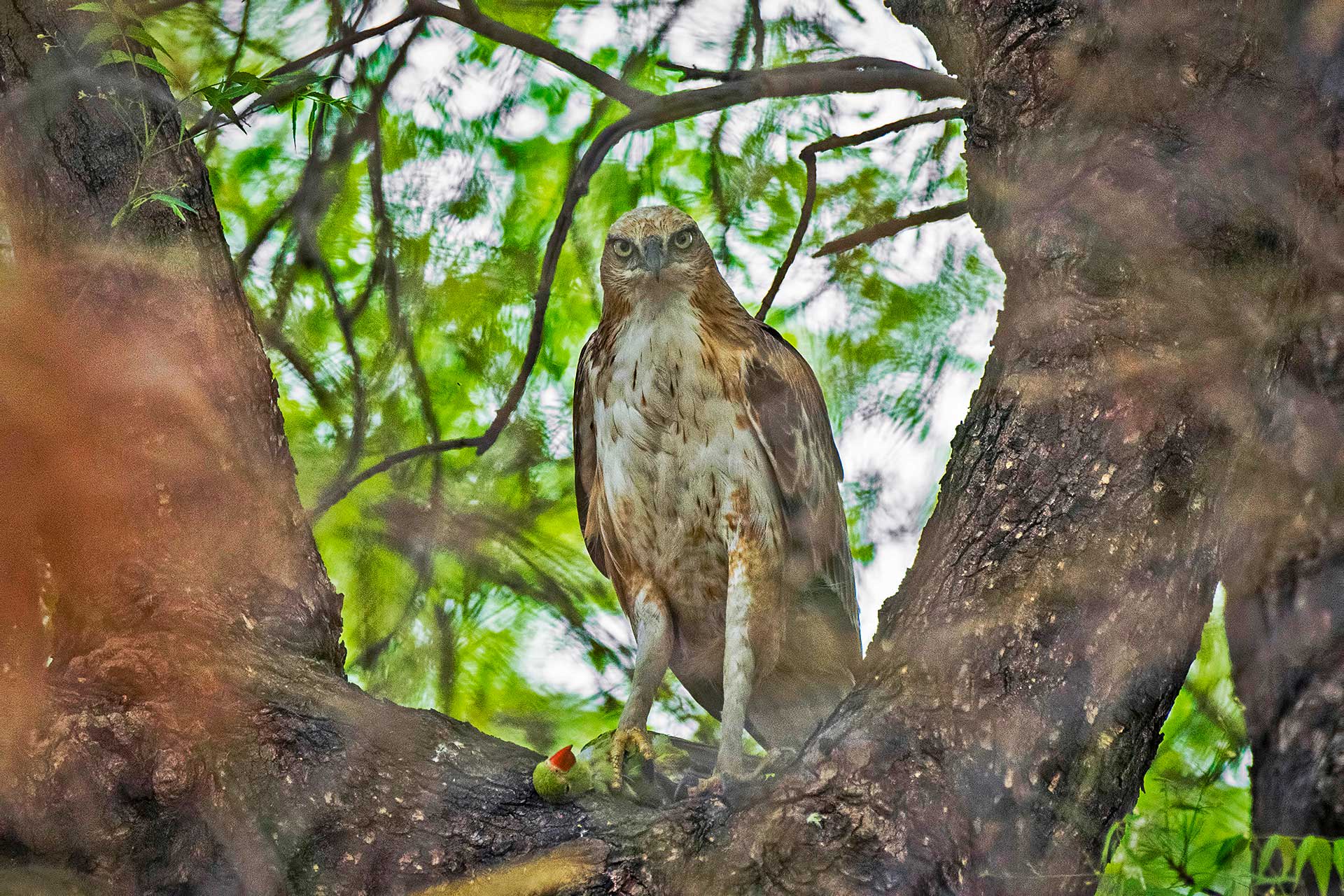 (Left) The crested hawk-eagle is one of the jungle’s most powerful avian predators, preying on reptiles, amphibians, birds, and mammals, some even heavier than itself. (Right) The feathered crest seen on this species may not always be visible depending on the age and life cycle of the specific individual. This one sits with its parakeet kill. Its variable appearance has given it another name: the changeable hawk-eagle.

Birds: Courtesy of the large reservoir created by the Bor dam, and the mix of vegetation, the park has recorded diversity of just under 200 avian species with migratory waterfowl such as the tufted duck, northern shovelers as well as the elegant fish-specialist, the osprey. Commonly seen resident species include the Indian peafowl, black-hooded oriole, and Indian paradise flycatcher. You might also be lucky to spot the brilliantly camouflaged mottled wood owl; check with your forest guide for known roosts.

Mammals: Larger wildlife, like sambar, spotted deer, langur, and nilgai abounds in the reserve. Gaur are also sighted here occassionally, though they have largely been absent from these forests for a long time. Lucky visitors may catch a glimpse of more elusive animals such as sloth bear and leopard. Other major carnivores you could encounter are dholes (Asiatic wild dogs).

When you come to Bor, stripes will certainly be in your mind, and while there are healthy numbers (nearly 10-12 individuals according to the last known count and four in the tourism zone), sighting tigers requires patience. The guides are very adept at keeping track of the whereabouts of these animals based on their territories and pugmarks, droppings, and alarm calls, so always rely on their judgement. 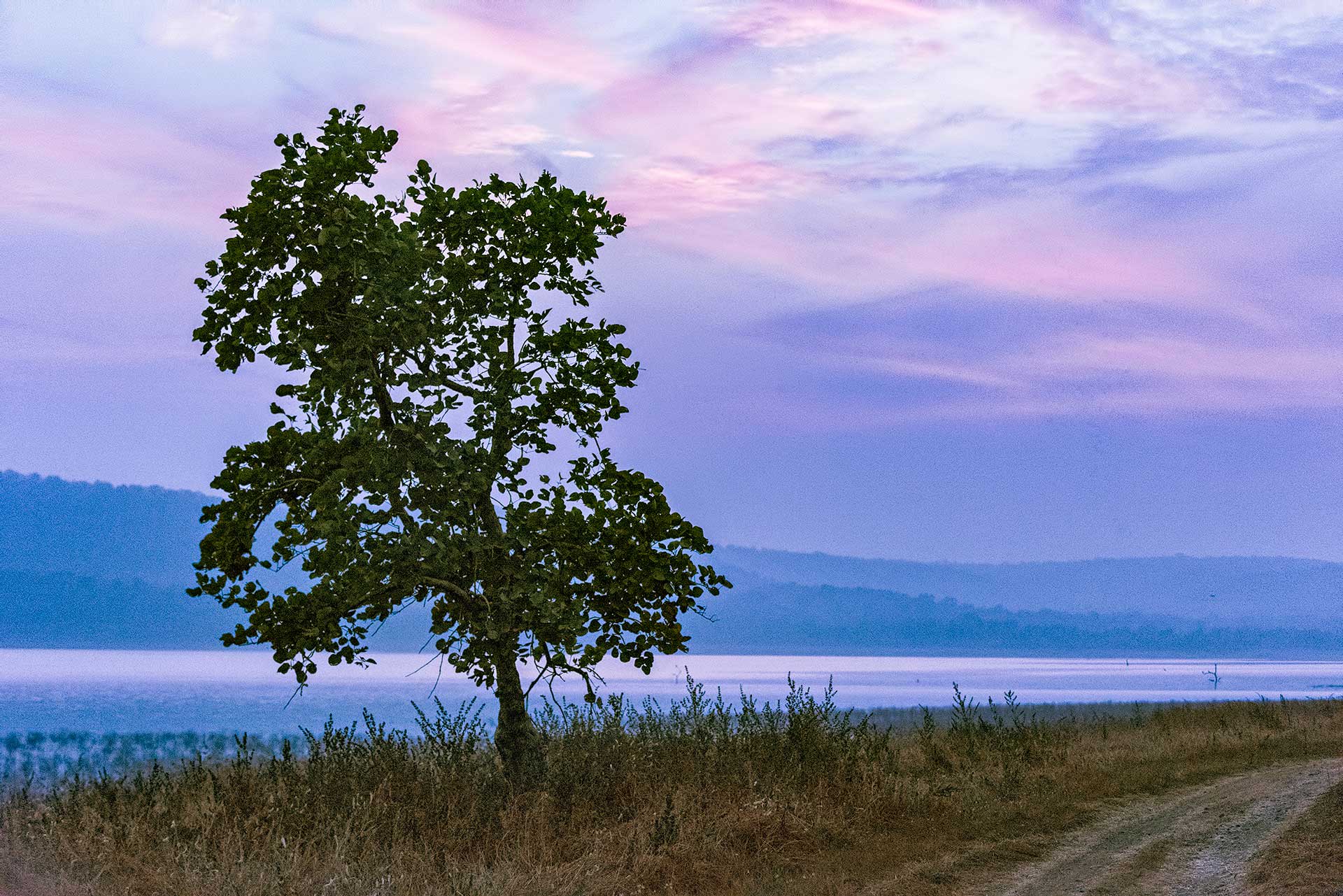 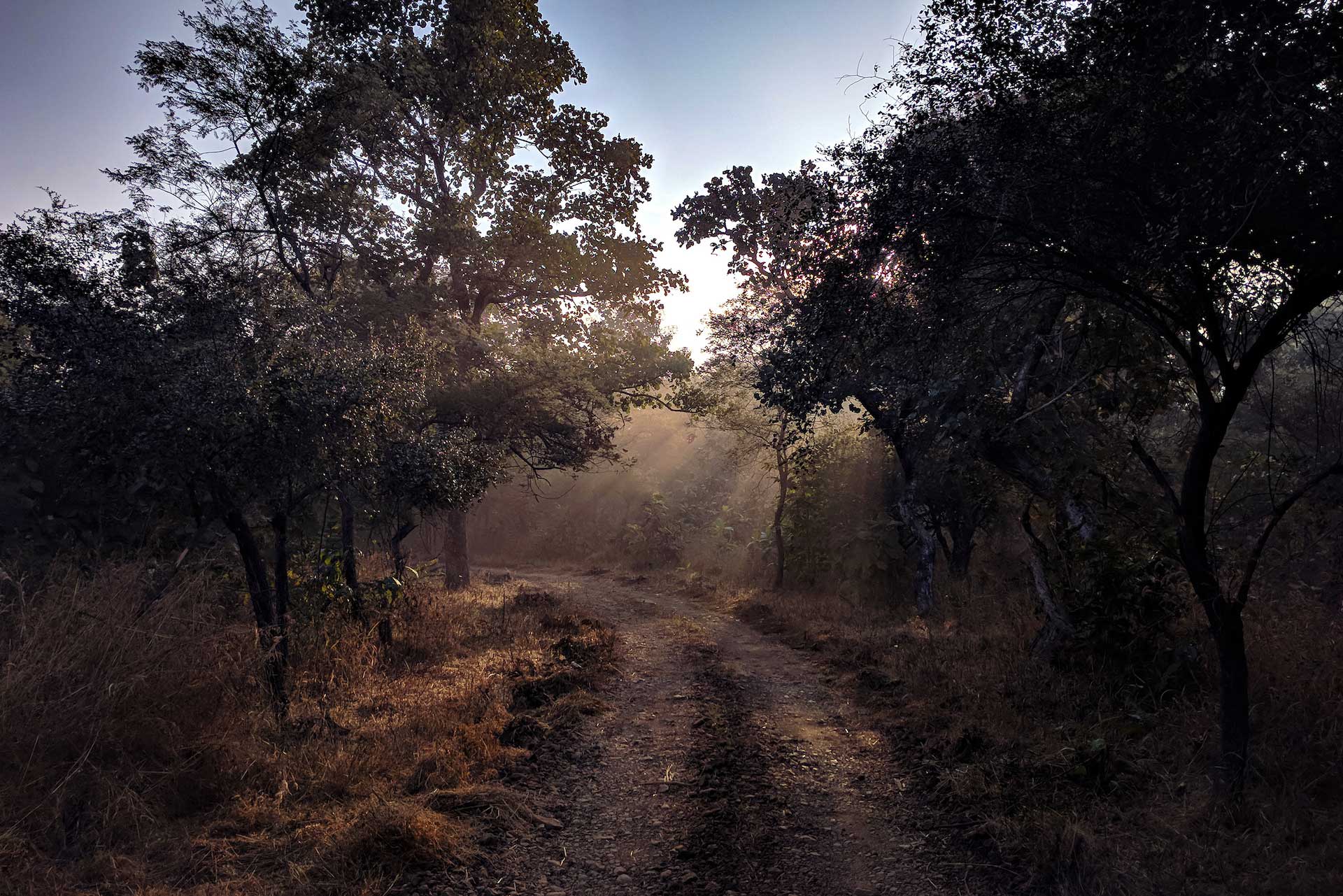 Bor is an absolute delight for nature photographers, especially in the winter. Depending on the atmosphere and whether it is early morning (left) or late evening (right), the light creates different hues.

Safaris
Safaris are available in two slots, morning and evening, each four hours in duration. Permits for the same can be booked on http://www.mahaecotourism.gov.in/. Costs: Rs 4,000-5,000

Getting there
By Road: Bor is easily accessible being only about 60 km(1-1.5 hour) from Nagpur. Hingni is the nearest bus stand, about 5 km away.
By Train: The closest railway station is Wardha Junction, approximately 30 km from the Bordharan gate.
By Air: Nagpur is the closest airport.

Stay
FDCM cottages at Bordharan offer good, clean budget accommodation, local cuisine. It’s a convenient location for multiple safaris.
MTDC resort at Bor provides an expansive view of the Bor reservoir and its surrounding landscape. These budget options are priced at approximately Rs 2,500 (doubles).
King’s Village Agro Ecotourism and LG Bor Resort are some of the newer properties to come up in the area. They offer packages priced at around Rs 5,000 (doubles including all meals).

is a naturalist, photojournalist and founder of the safari tour outfit, Wilderlust Expeditions.