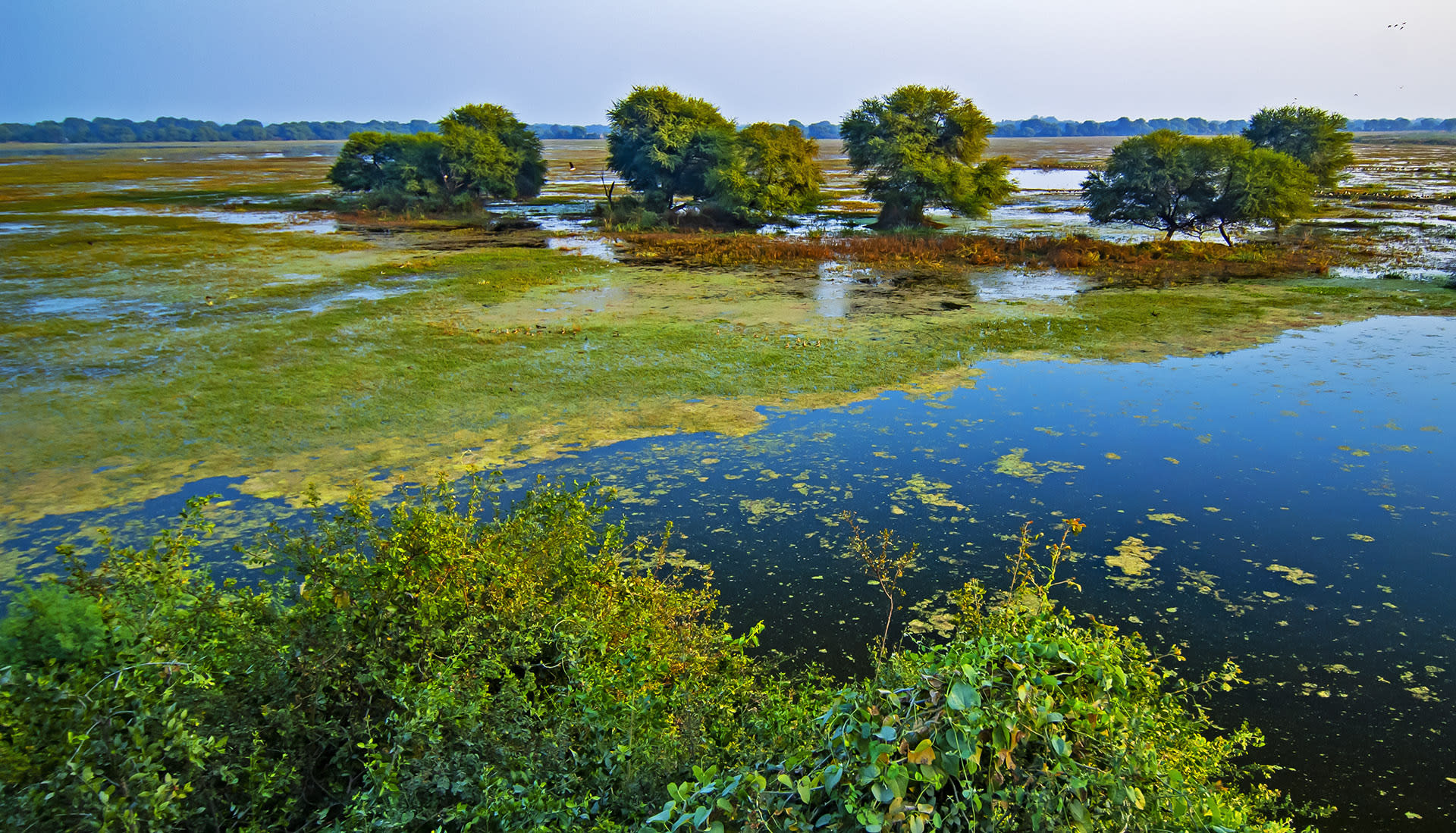 Two glittering sarus cranes stand at the entrance to the Salim Ali Visitor Interpretation Centre at Keoladeo Ghana National Park (also known as Bharatpur bird sanctuary, for the town nearby). As homage to the tallest flying bird species, this pair is encrusted in Swarovski crystals.

With luck, these will not be the only sarus cranes you will see in Bharatpur. Walking down the arterial road that stretches through the centre of Keoladeo Ghana National Park, wetlands and grassy meadows stretch into the distance on both sides — and they’re brimming with birds of every shape, size, and colour.

All around, one hears the call of birds. Over 375 bird species, mostly waterbirds, congregate in the 10-sq-km wetland area of this tiny, 29-sq-km national park. Created over 250 years ago by Maharaja Suraj Mal of Bharatpur, this man-made wetland has had political as well as ecological hardships and struggles for over a century. To increase water-holding capacity in the area (and to stop recurrent flooding in Bharatpur), the maharaja had the Ajan bund constructed in the mid-18th century to divert water into a natural depression. This formed a wetland to provide game for the maharaja. Water was maintained at different depths to provide varied habitats for a range of different types of birds — waders, dabblers, divers etc. At the time of independence, the maharaja acceded to India on certain conditions, one of those being sole shooting rights in the Bharatpur reserve. 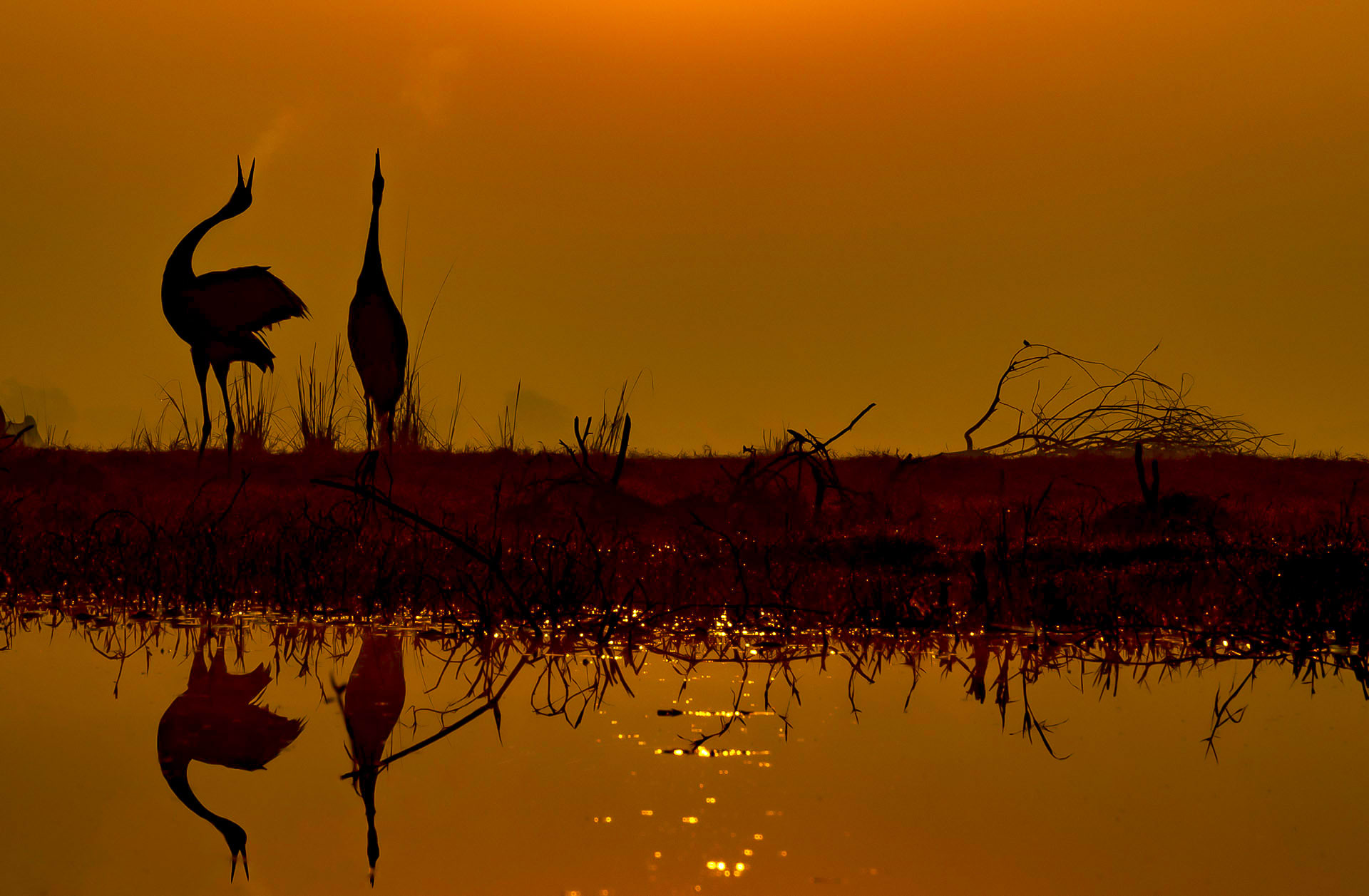 The park harbours around 366 species of birds, including the tallest flying bird in the world- the sarus crane. Cover Photo: The habitat of the 29-sq-km Keoladeo Ghana National Park in Rajasthan comprises dry grasslands, woodlands, woodland swamps, and human-made wetlands.

While hunting is no longer an issue in the park, it has seen its fair share of struggles. Being the lifeblood of any wetland, water has been an emotive issue for much of its history.

The Ajan bund once diverted water from the Banganga and Gambhiri rivers to the park. However, these have dried up with the building of the Panchana Dam in 1986, and the diversion of water for increased agricultural needs. When water was ordered to be released for the park in the early 2000s, protests erupted resulting in the order being withdrawn. The park — and most of the region — suffered through a major drought in 2007, which led to a decline in birds nesting.

The park has suffered much decline through the late 20th century, eventually being placed on the “Montreux Record” in 1990; this is a list of Ramsar sites which are in danger due to changes to ecology or hydrology. Loktak Lake is the other Ramsar site in India to have this dubious distinction. (Chilika Lake, Odisha, too was once on this record but later removed after management interventions helped it recover.)

The park requires about 550 million cubic feet of water per year, which is currently provided via a pipeline from the Chambal. The National Board for Wildlife ordered that in compensation for drinking water being drawn from the Chambal, water must be provided to Keoladeo as well, via the Chambal-Dholpur-Bharatpur Water Supply Project. The irony is in providing water to one protected area from another which is itself short of water, the Chambal practically running dry by the time it reaches Kota.

The park has an ingenious system of dykes and sluices to maintain water levels at different heights in different areas. While seasonal drying is an important part of the wetland system, too little water allows invasive plants like Prosopis juliflora to propagate. Currently, the Prosopis is controlled by manually uprooting it and providing the wood and Vetiveria grass (another invasive species) to the local Eco-Development Council (EDC) for free, allowing them to sell it. 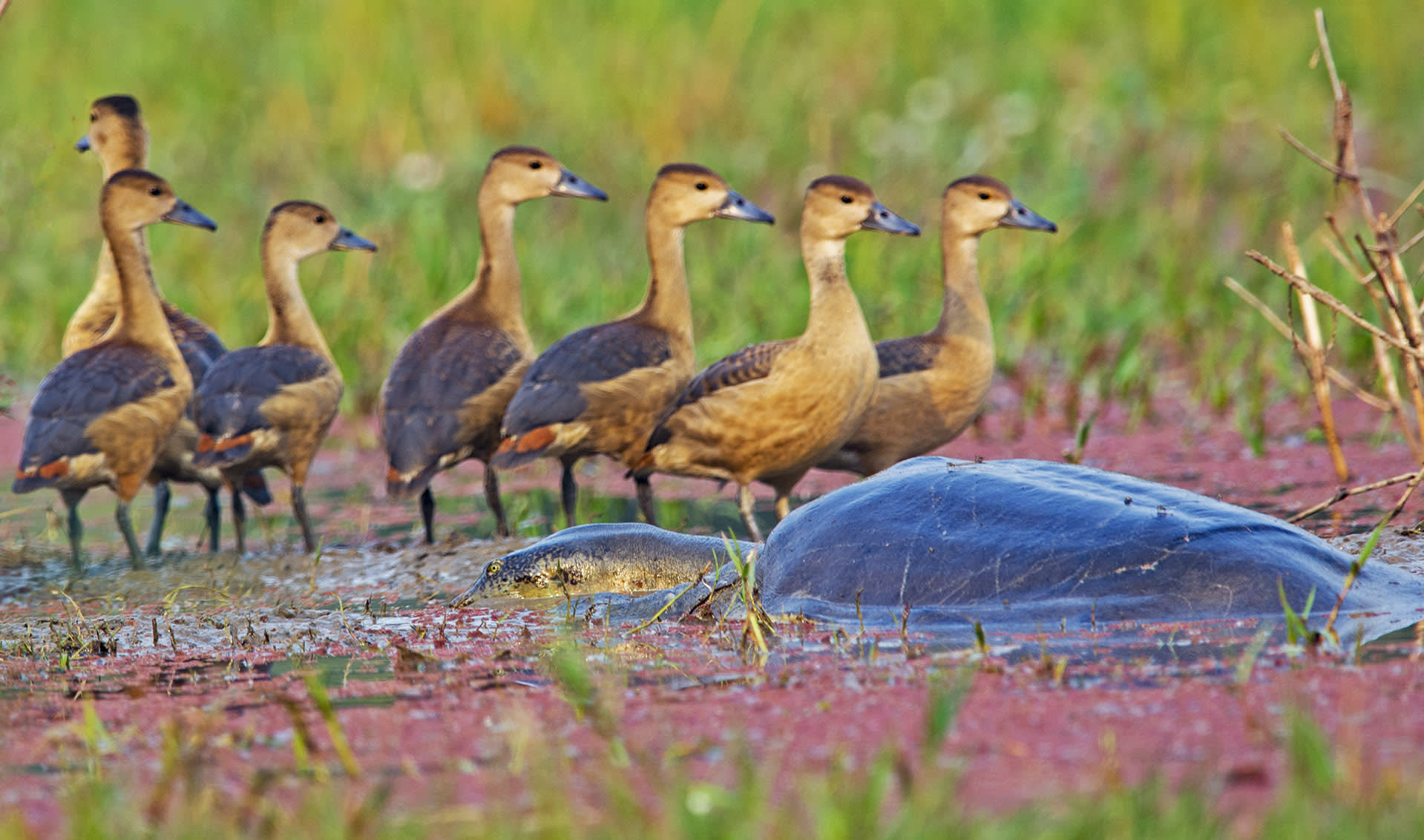 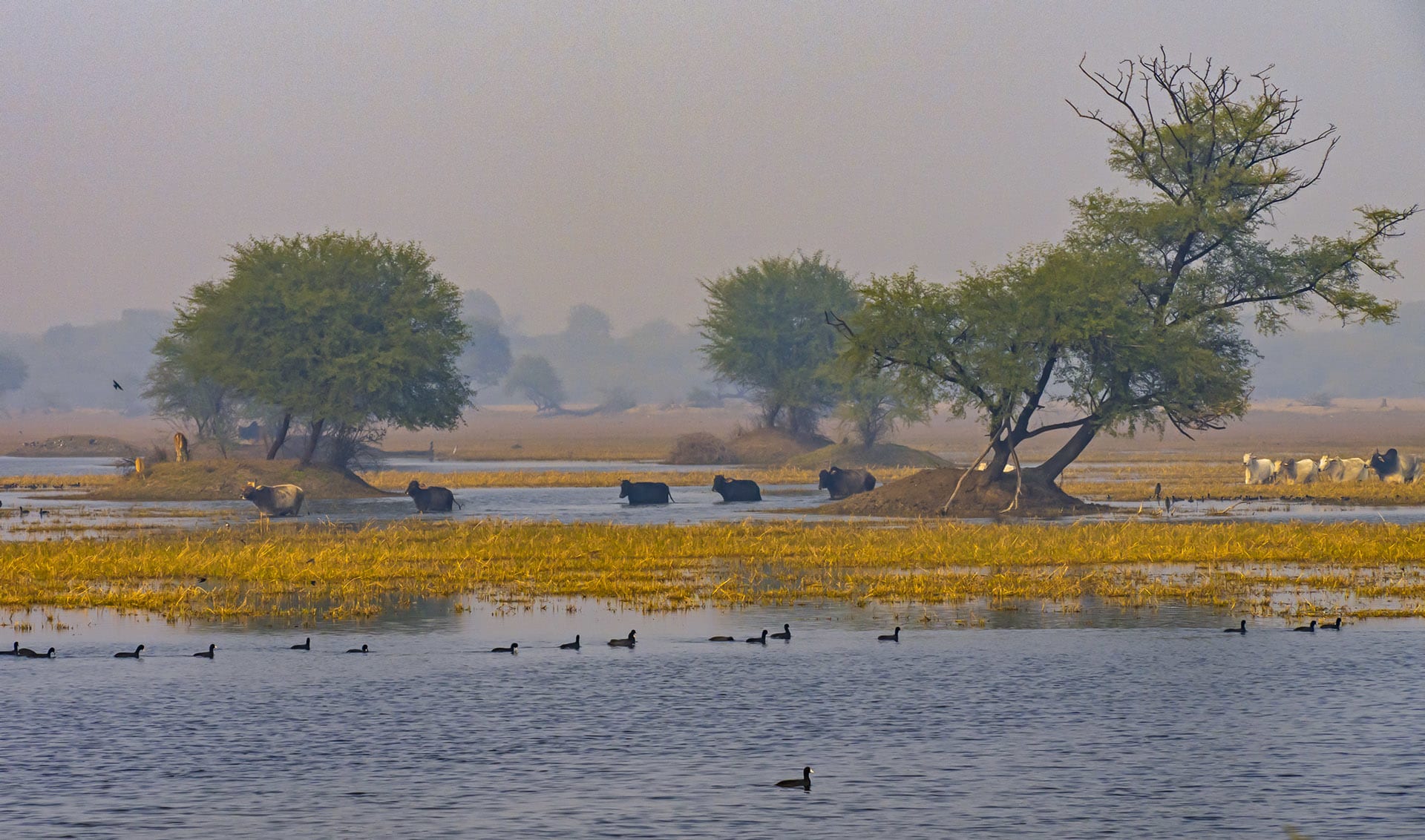 (Left) The park is renowned for its population of waterbirds, both resident and migratory. A Ganges softshell turtle surfaces to breathe as a flock of lesser whistling ducks forage in the background. (Right) Despite a ban on cattle grazing inside the park, stray cows and bulls continue to roam free in the grasslands. A study conducted by the Bombay Natural History Society in the 1980s suggested that some grazing by cattle could be beneficial for the park.

Bharatpur was once famous for the critically endangered Siberian crane, which was last seen there in 2002. While many reasons are given for the species absence in India, a major reason is likely the global decline in its population. The birds exist in three separate populations based on their migratory flyways – the Siberian cranes of the Central Asian population visited India. Hunting likely reduced their numbers, and the population is considered extinct. The Eastern and Western Asian populations persist in China and Iran, respectively.

Despite its struggles, Keoladeo has remained a fascinating place in the history of Indian protected areas. It was very special to ex-PM Indira Gandhi, who often corresponded with Dr Salim Ali to discuss environmental issues. Salim Ali was amongst the earliest to study Bharatpur and suggested in the 1970s that the reserve be upgraded to a national park to benefit from central government protection. Though this was finally done in 1982, the park has struggled even more since.

Becoming a national park required the removal of human pressure. This meant a complete ban on cattle grazing in the park. The ban and erecting of a two-metre fence all around the park led to protests and clashes with local grazers — the most tragic of which led to the death of nine villagers in 1982 after police fired on protestors. 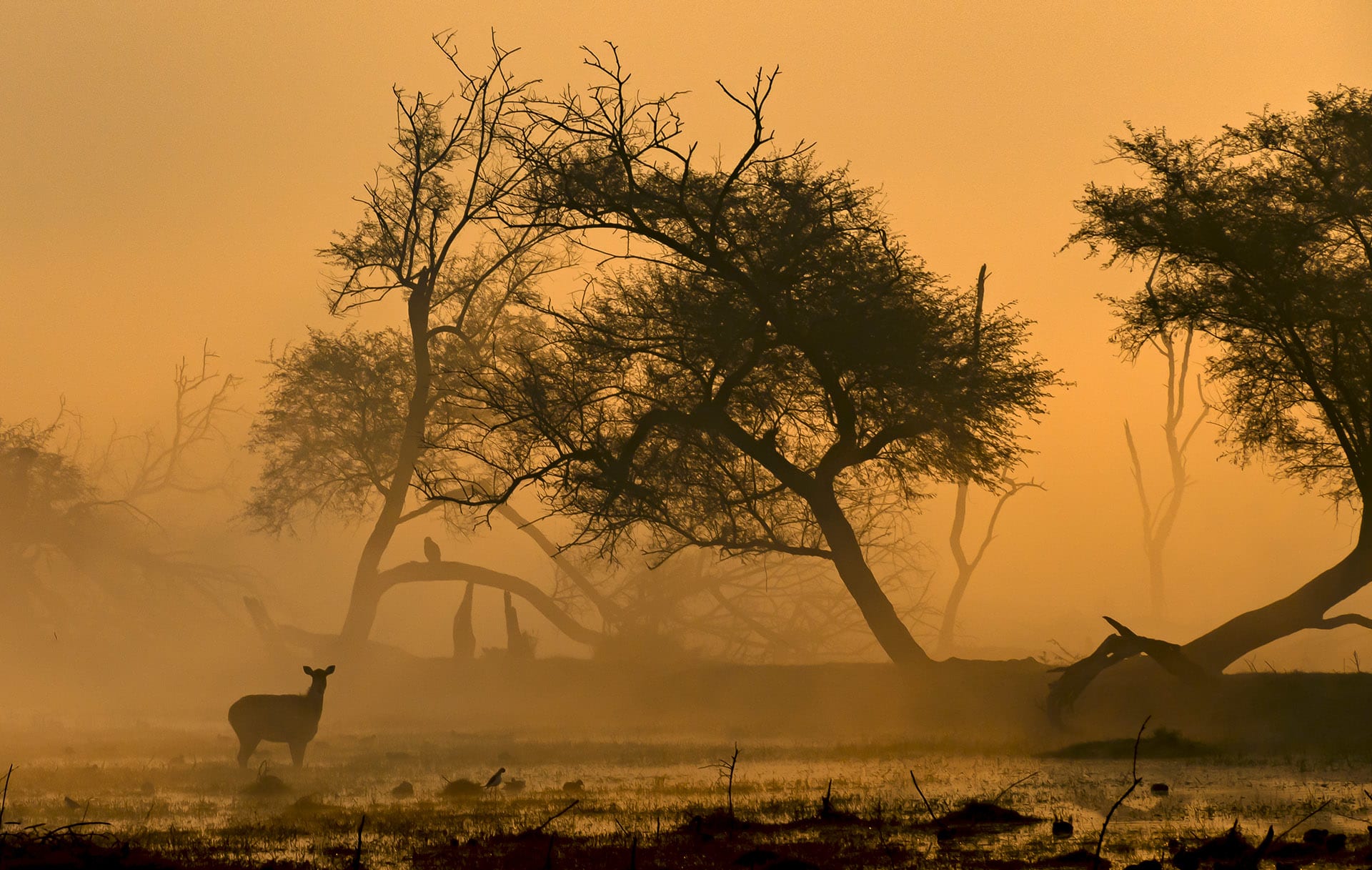 The fragile ecosystem of the park needs careful interventions to tackle the many challenges it faces today. The early morning light reveals the silhouette of a sambar.

However, the science behind banning cattle grazing in the park remains iffy. The decision led to some very acrimonious debates in conservation circles (a debate that remains relevant even today). Studies by BNHS a decade after the grazing ban found that invasive weeds, particularly Paspalum disticum, were proliferating without cattle available to graze on them. Today, around 1,000 stray cattle — now sterilized — roam the park. While allowing widespread grazing might not be wise, the presence of this small population might be beneficial in the light of these studies.

While the water politics surrounding Bharatpur is unlikely to be resolved soon, reviving the original Ajan-Keoladeo connection might be beneficial. Reviving the Banganga river through catchment afforestation, watershed management, and water harvesting, particularly downstream of the Panchana Dam, would help alleviate some of the water stress on locals and Bharatpur alike.

In essence, Bharatpur remains what George Schaller calls a “natural laboratory” — albeit a floating one — an opportunity to study a vast system in a tiny area of land. The principle of “wise use” espoused by the Ramsar Convention states that wetlands “continue to be of value to communities”, and this basic tenet must be followed if a solution is to be found to the myriad problems plaguing Bharatpur. 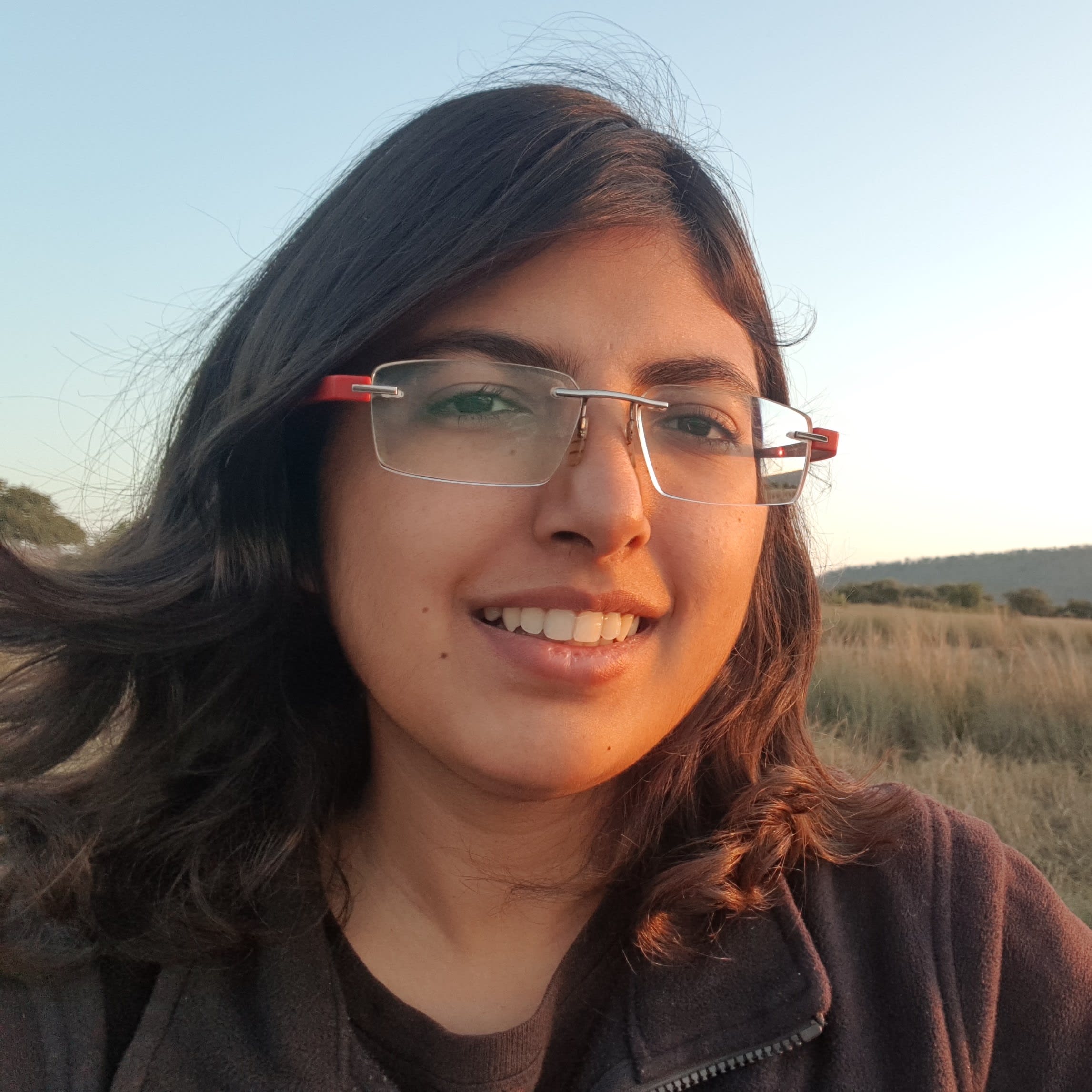 has itchy feet that take her in search of wild landscapes, good food, and dark coffee. An alumnus of the Wildlife Institute of India, she has an interest in carnivore ecology and environmental policy. 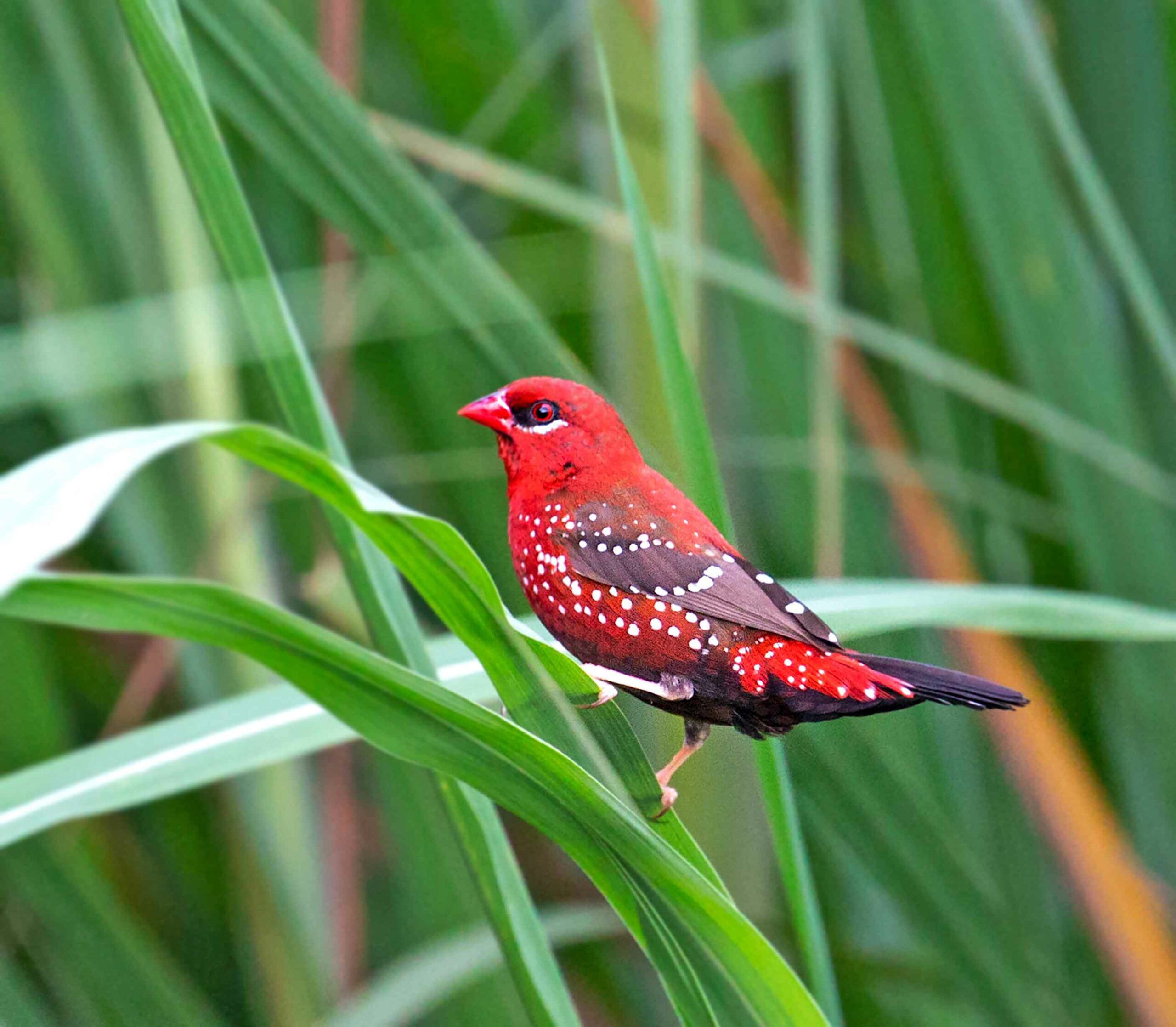