Kharghar’s Hills are Alive with the Sound of Birdsong

Remarkably beautiful throughout the year, these biodiverse hills in Navi Mumbai are the ideal escape for the curious, urban nature lover 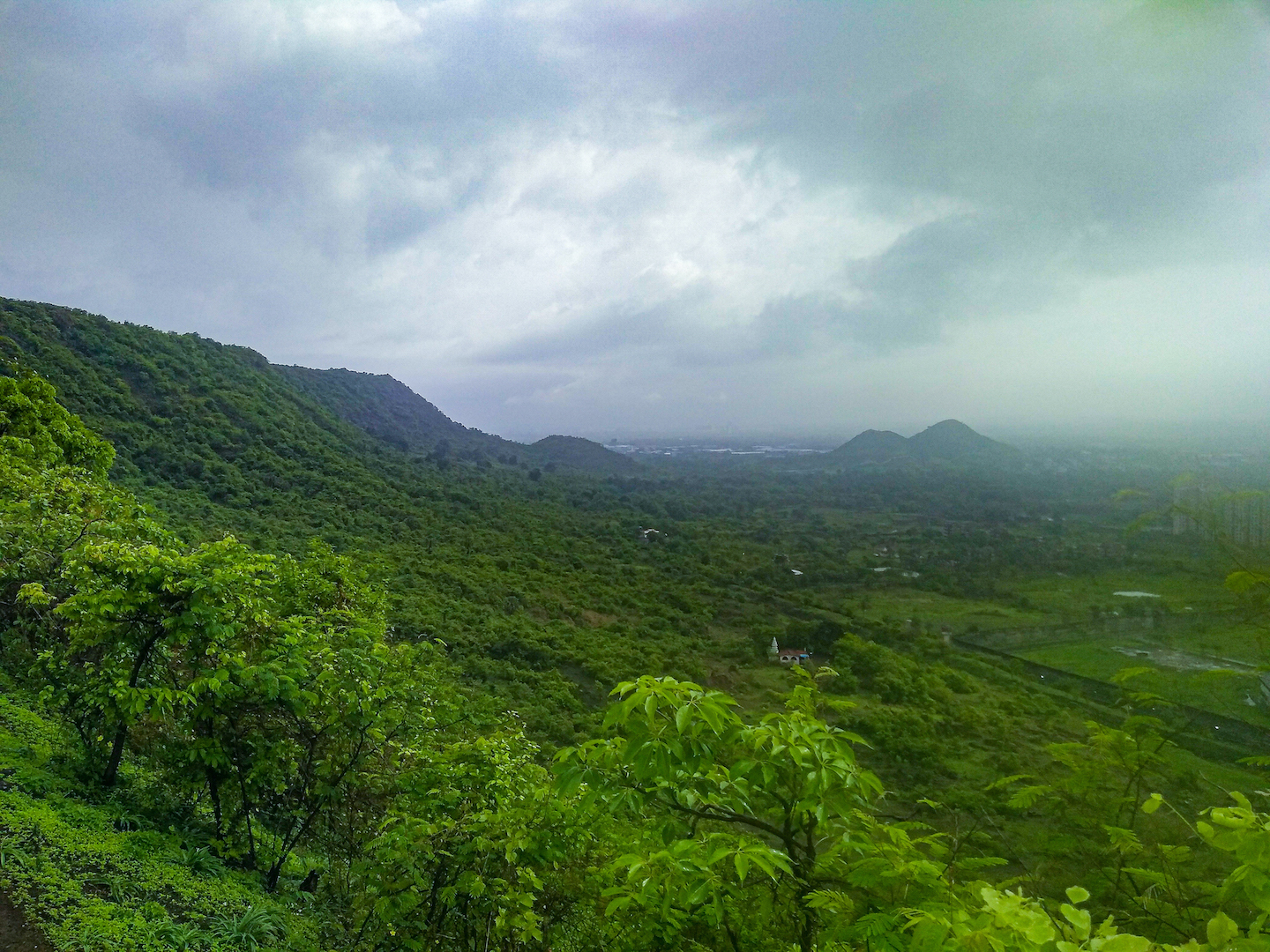 In April 2018, I began exploring the hills near my home in Navi Mumbai, to prepare for a trek to the Himalayas. I had visited one stretch of these hills, popularly known as Kharghar Hills, sporadically over the years and had a sense of its biodiversity. But it was only when I started frequenting this urban forest, maintained by the City and Industrial Development Corporation (Cidco), that the treasures it holds began to reveal themselves.

One Sunday morning, I joined a nature walk conducted by the iNaturewatch Foundation, a Navi Mumbai-based non-profit working in the field of urban biodiversity and citizen science. During the walk we saw around 15-18 species of birds including sunbirds, babblers, coppersmith barbets, common ioras, ashy prinias, Asian palm swiftlets, and long-tailed shrikes. The birds we saw were just an inkling of the avian diversity of this forest. The area maintained by Cidco can be accessed by walking or driving along a winding two-lane road that leads from an entrance gate tucked away on a service road between Kharghar and CBD Belapur to Fanaswadi village. It’s a pleasant tree-lined walk complemented by a natural soundtrack provided a variety of birds. I like to pause at different spots along the road and to listen to birds, especially in the early mornings and at dusk. On exiting the forest it takes a while to adjust to the jarring disquiet of city traffic.

Kharghar’s residential and commercial complexes are surrounded by hills, which are an ideal getaway for those living nearby. Photo: Anirudh Nair

One summer evening, after walking a few hundred metres beyond the gate I noticed a couple of monkeys bound across the brown foliage. I had disturbed the shy animals, who made their way up the hills in a flash. Though disappointed that I couldn’t have a closer look, I found it reassuring that they weren’t habituated to human presence and were still very much residents of a thriving forest.

In wet weather, freshwater crabs can often be seen on the road that winds up Kharghar Hills, finding refuge and in pools created alongside the road as the monsoon begins to set in. Photo: Anirudh Nair

The Kharghar Hills forest undergoes a remarkable transformation during the monsoon as the summer brown is replaced by an emerald green. Though visitors are barred from entering the hills during the monsoon months (July to September), one can explore the area in the first few weeks of June when waterfalls and streams start to emerge on either side of the road. Crabs pop up in large numbers during this season, finding homes in pools by the side of the road. More than a few get run over by vehicles. Though a crab’s first response to a threat is to scuttle when cornered by animal behaviour enthusiasts such as myself, it will raise its pincers aggressively as a signal to intruders to stay away. 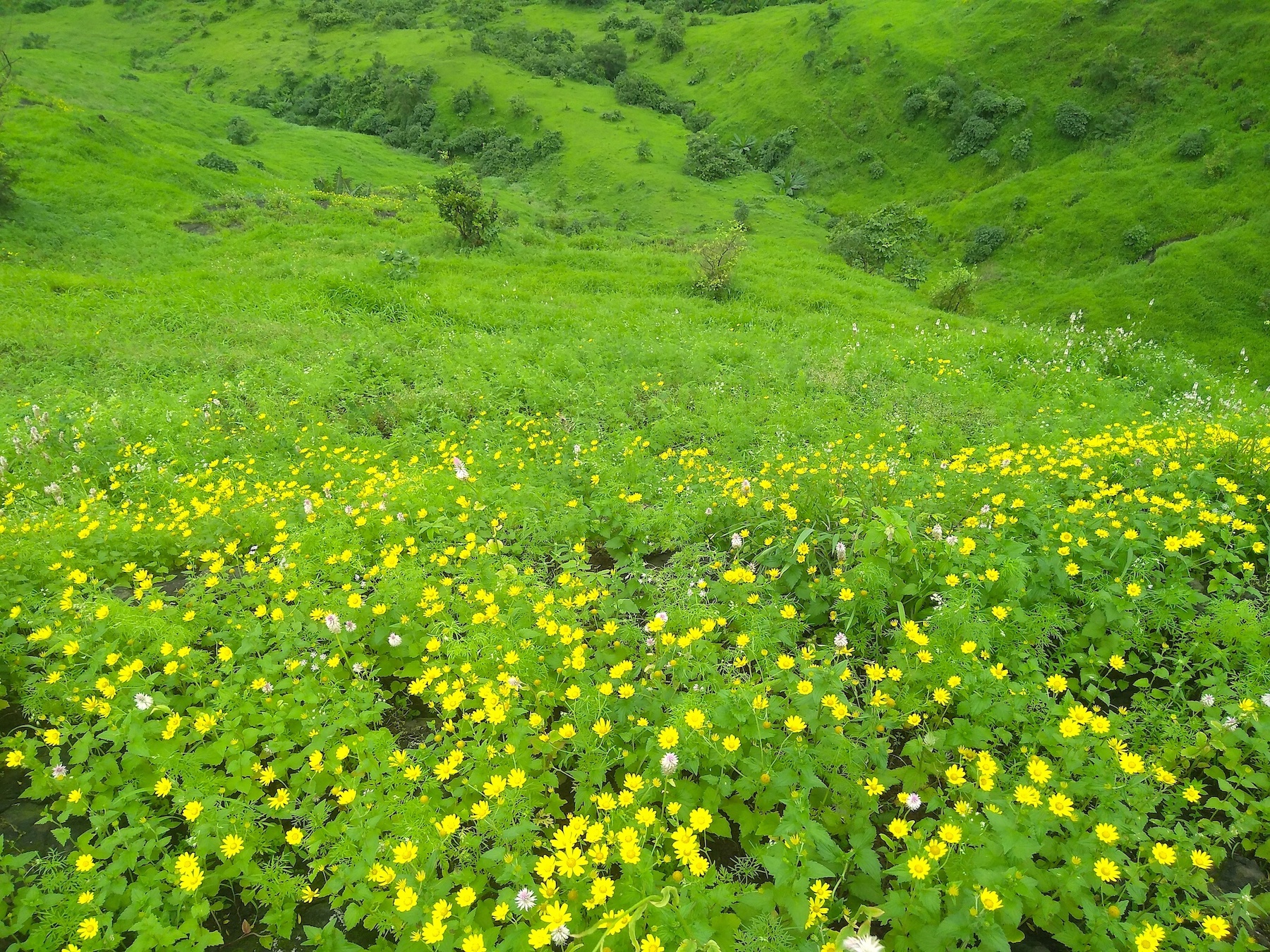 The first showers revive plants and flowers which bloom in myriad hues across the hillside. Photo: Anirudh Nair

Diverse flora, including crinium lilies, glory lilies, and hill turmeric, spring to life on the hill slopes following the first rain showers. Post the monsoon, butterflies flit joyously from one plant to another. On a sunny morning, it is possible to see species such as the common crow, plain tiger, blue tiger, and common emigrant.

To increase the green cover of this range of hills, a few local groups and NGOs initiated a community seed ball making activity before the onset of the monsoon. Along with other local residents I too planted many seed balls as pre-monsoon showers lashed the hill side.

That is not to say that all is well within this forest. Villagers still do extract firewood from the forest and picnickers indulge in vandalism. Locals are known to set dry grass on fire here so that they can access places to collect wood. I was dismayed to hear that many of the saplings we had planted were lost in these fires. Black rock faces appear as ghastly gashes on another stretch of the green hillside where quarrying continues unabated.

The pristine hills are carved open to extract rock to meet the demands of the construction industry in a growing metropolis. Photo: Anirudh Nair

The Kharghar Hill forest is a wonderful escape for those weary of the big city. It is soothing to the eye and melodious to the ear. As concrete fills Kharghar’s wetlands, hills, and forests, this is one patch of green I hope will survive the test of time. It is a forest calling for biodiversity studies and protection.

As Kharghar’s wild spaces are replaced by high-rise buildings, specialist species such as damselflies will be the first to lose their homes. Photo: Anirudh Nair