A birding hotspot any time of year, the marshes, reedbeds, and shallow waters of this wetland are particularly promising in winter 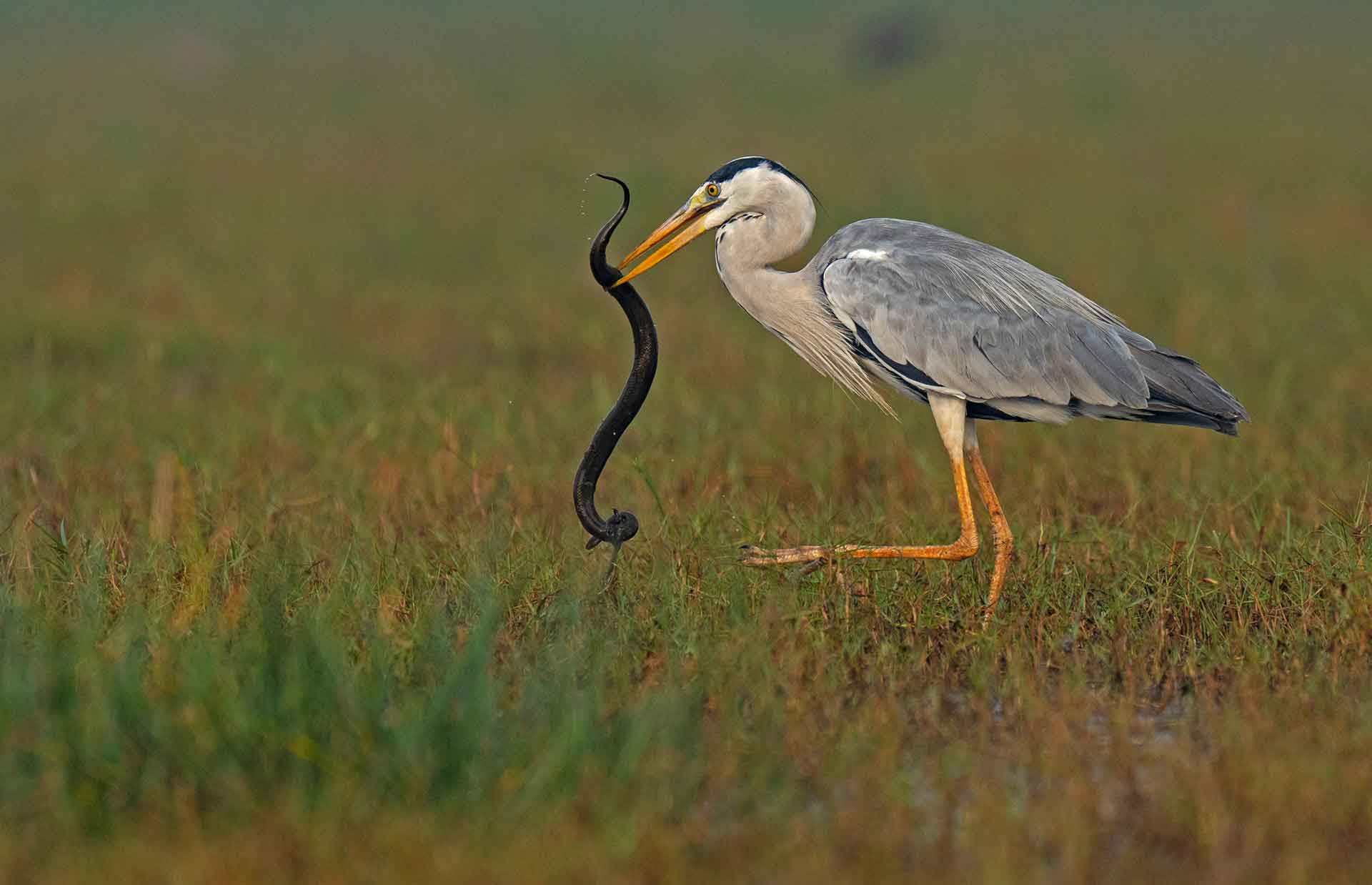 “I want to see a golden plover in golden light,” was my mantra throughout our wetlands tour. As our boat made its way through the shallow waters of the Mangalajodi wetlands, at the northern edge of Chilika Lagoon in Odisha, we passed flocks of ruddy shelducks. One cannot comprehend the depth of the shrubs growing on the banks of the waterbody until you see an adult ruddy shelduck hiding inside its confines, with only its white head peeking out. Little stints foraged in a hurry along the muddy shores, trying to feed as much as possible before night fell. Whiskered terns flew alongside our boats, hovering with slow wingbeats. Occasionally we witnessed a frenzy of wingbeats, followed by the sight of a mixed group of birds taking off from the waters — a marsh harrier is out for a hunt, again. The sun was beginning to set, and the only sounds audible were the call of birds and the boat’s oars moving against the water. What made this place so magical for me was that I finally saw a golden plover in the golden light as twilight washed over the wetland.

Mangalajodi, all of 10 sq km, is a freshwater area with a diversity of habitats, including marshes, reedbeds, shallow waters, and interspersed hard ground. Due to its sheer waterfowl diversity, the wetland has been declared an Important Bird Area (IBA)

Mangalajodi wetlands lies at the northern edge of Chilika lagoon in Odisha. The 10-sq-km freshwater body is connected by channels that cut through reedbeds with the brackish water of the lagoon. Photo: Dhritiman Mukherjee Cover photo: The grey heron usually waits for prey until it is within striking range. It may also locate food by wading through shallow water or moving on land. Cover photo: Dhritiman Mukherjee

One of the key highlights of Mangalajodi is its bird diversity. In the migration season (winter), the waterbody is teeming with lakhs of migrants — dabbling ducks, waders, terns of various kinds. The shallow water, interspersed by a landmass and reedbeds, attracts a wide range of birds. Expect to see birds like the northern pintail, garganey, lesser and fulvous whistling-ducks, ruddy shelducks, northern shovelers, either in mixed flocks or drifting slowly by themselves. Keep a lookout for when they take off in a frenzy — that is one of the surest signs that a bird of prey like the marsh harrier is on a prowl.

In the reedbeds, wait it out and look for birds like the Baillon’s crake, slaty-breasted rail, ruddy-breasted crake, and yellow and cinnamon bitterns. These birds are usually shy and will only come out in the open when there is very little movement. It thus helps to travel in a silent country boat and park it near a good thicket of reeds to improve your chances of seeing them.

Along the muddy shores, watch out for waders of various descriptions — little and Temminck’s stints, sandpipers (wood, common, and green), godwits, ruffs, Pacific golden plovers etc. In fact, if you go late in the migration season (Feb or Mar) you can even spot some of these birds with their breeding plumage. I was fortunate to see some ruffs donning white plumage, which turns exuberant when they are in their breeding grounds. Grey and purple heron, an occasional openbill stork, glossy ibis are other birds to look out for in the wetland.

Even the embankment of the waterbody is a good option to get a bird’s-eye view of the whole lake. The various bamboo poles erected on the water are good for spotting birds like the whiskered tern, kingfishers (pied, common, white-throated), and even cuckoos (I spotted a plaintive cuckoo when I was there). 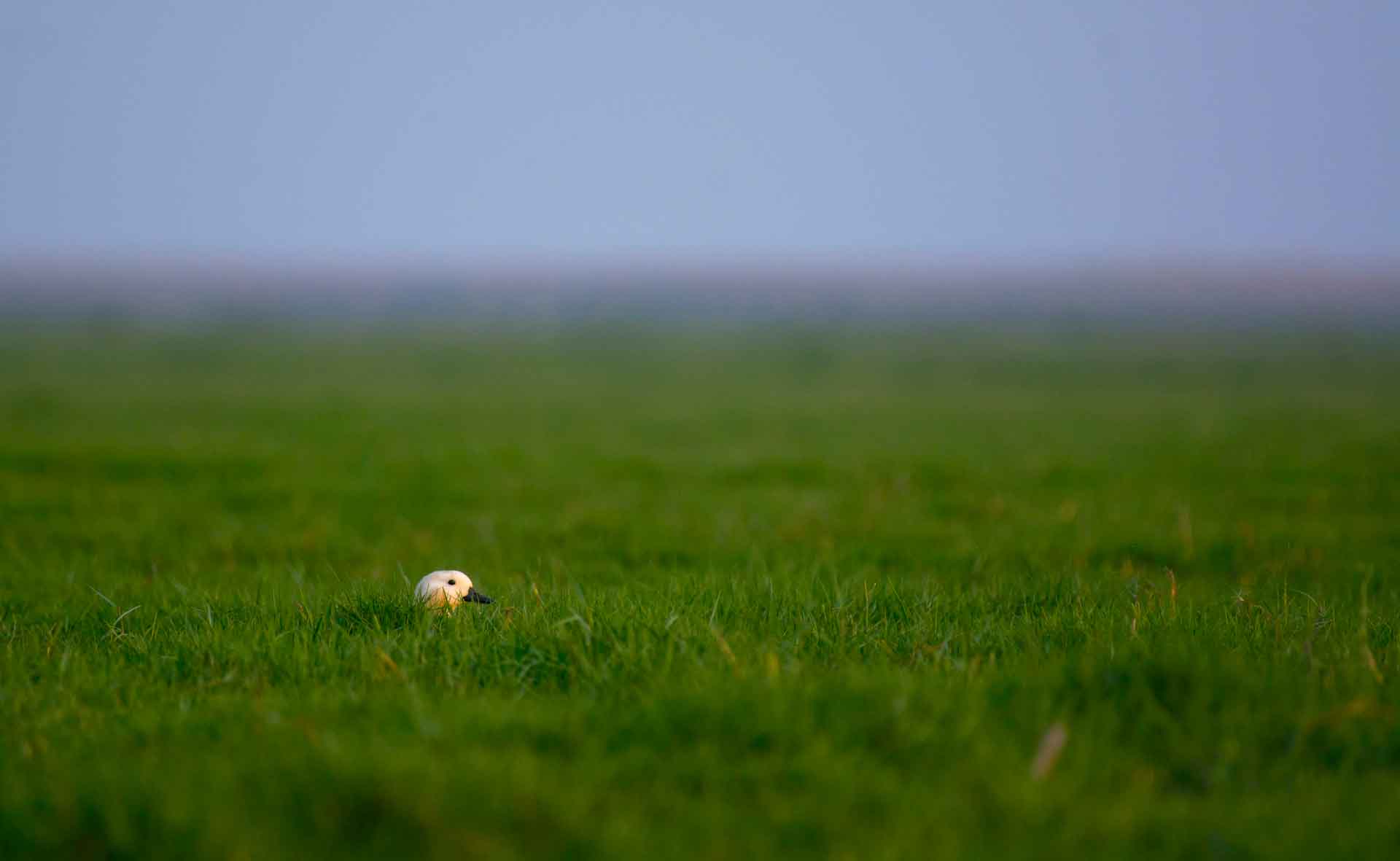 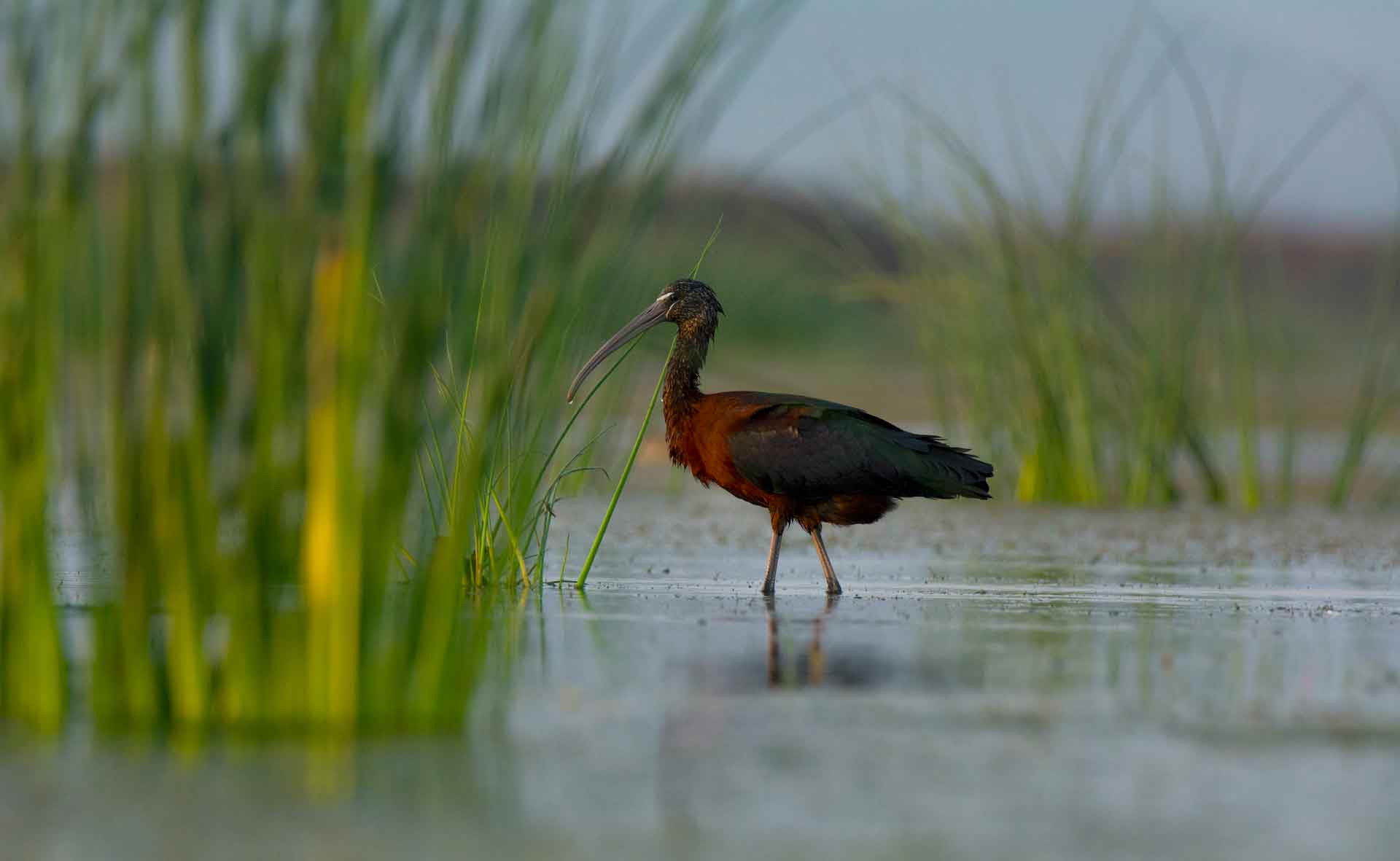 Lakhs of migratory birds are attracted to these wetlands during the winter months. They include the ruddy shelduck (top left), glossy ibis (top right) and northern shoveler (above). Photos: Sutirtha Lahiri (top), Dhritiman Mukherjee (above)

Winter is the best time to visit the wetlands of Mangalajodi. This is when migrant ducks and waders visit en masse (estimated ~3,00,000 every year), and the weather is pleasant for early morning or evening boat rides. I visited Mangalajodi in February when the waters were teeming with migrant birds. We even saw birds like the ruff moulting into their breeding plumage.

Bhubaneswar is well-connected by rail and air to major Indian cities. Mangalajodi lies 70 km southwest of Bhubaneswar, off NH5. Khurda Road Railway Station is the nearest and the most convenient railhead to reach Mangalajodi. Buses ply from Bhubaneshwar to Chandpur Tangi, the nearest well-known settlement. One can take an autorickshaw from Chandpur Tangi to Mangalajodi. 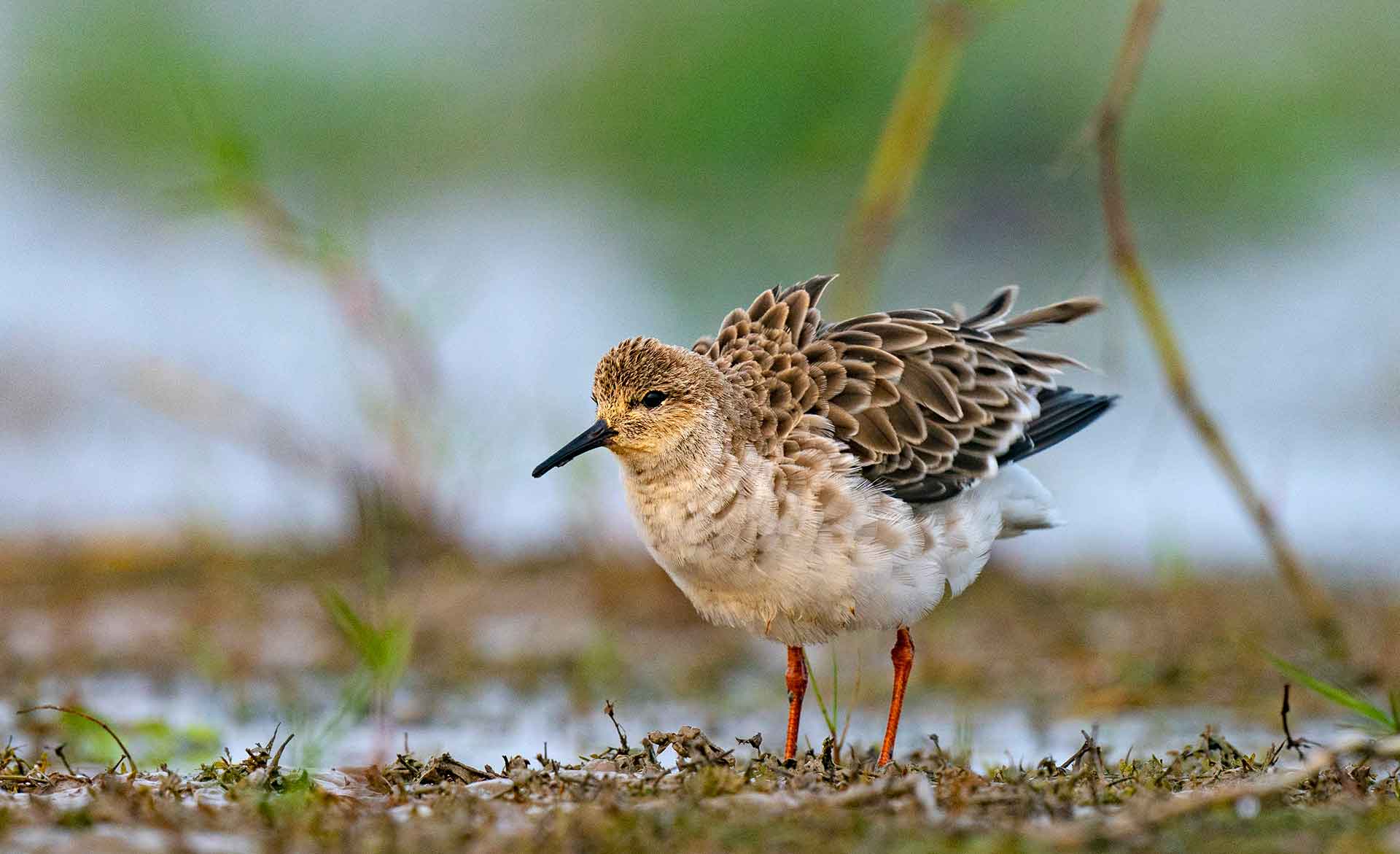 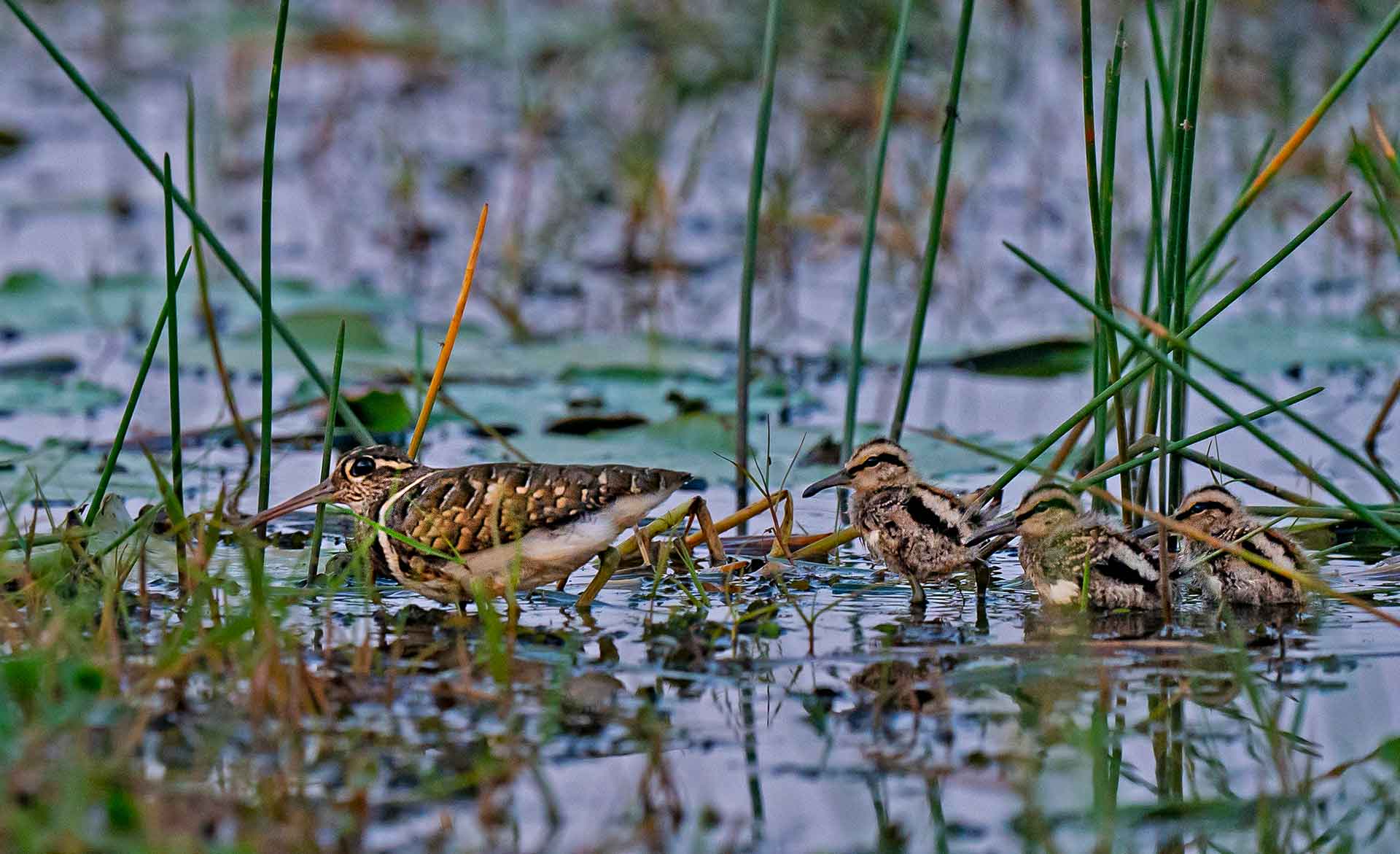 The marshy wetlands of Mangalajodi are perfect foraging grounds for the ruff (left) and painted snipe (right). Photos: Dhritiman Mukherjee

Mangalajodi is best explored by a country boat. Run by local villagers, these boating trips give you an intimate experience of watching birds from close quarters. Being manually rowed, they cut silently through the waters. You can pass unsuspecting flocks of migratory birds like pintails, gadwalls, ruddy shelducks, scores of waders and even get to see a marsh harrier in action. The boat ride will also allow you a stop-and-wait by the reedbeds, which are good habitats for various birds. This experience is best with a trained local guide who knows best where to find the birds of interest.

A local boatman and bird guide who will take you around the wetland can be arranged through the resort/ecotourism place.

Alternatively, stay in Bhubaneswar and make a day trip to Mangalajodi (70 km). Numerous budget to high-end hotels are available.

Ethereal sights such as a white-breasted kingfisher (top) perched on a tree and an intermediate egret (above) wading through the shallows are guaranteed for those visiting this bird paradise. Photos: Dhritiman Mukherjee (top), Sutirtha Lahiri (above)

One of the key conservation challenges of Mangalajodi that has earned much attention is the story of a local community-led initiative. Once a major joint for hunting of birds by local community members for livelihood, it changed due to several conservation interventions, most notably by Mr. Nanda Kishore Bhujabal, a former wildlife warden. Many of the hunters were sensitised about the apparent harm caused by hunting to the bird communities and their sustenance. They were also trained in identifying birds. While a struggle initially, many of these people picked up the skill and have since been involved in various ecotourism initiatives like bird-watching, boating, etc. The diversity and sheer number of birds at Mangalajodi has made it a hotspot for ecotourism. However, given setbacks like COVID, it is a challenge to ensure that such tourism initiatives are sustainable even in times of such economic shocks, so that the livelihoods of the locals aren’t at jeopardy.

The wetlands, however, are also threatened by rampant- and illegal- prawn and fish cultivation. Vast tracts of lands have been brought under cultivation by outside players, and there are current ongoing efforts by the forest departments to crack down on these. Climate change-induced rising sea level, recorded in the Indian coast of Bay of Bengal, can prove to be fatal for wetlands like Mangalajodi which is connected to the Chilika Lagoon. Although there is no published data, there are also reports of changing arrival dates of migratory species of birds, possibly a result of climate change. 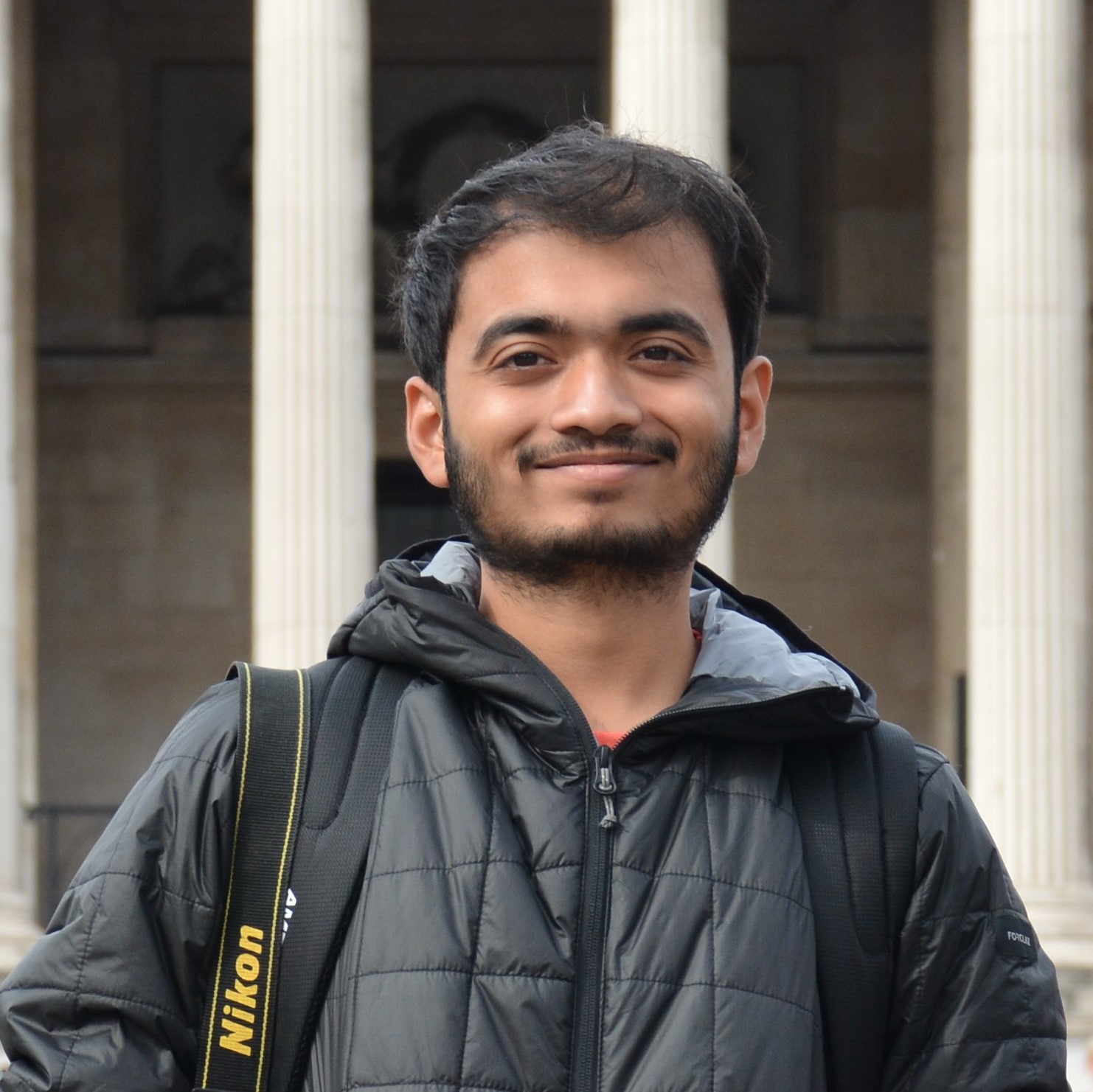