Though it is a small sanctuary, spread over only 21.5 square kilometres, Point Calimere has mangroves, tropical evergreen forests, and grassland ecosystems. Here’s how to explore this potpourri landscape

Ruins of an 8th century brick lighthouse dating back to the Chola Empire, sit near a puddle teeming with mudskipper fish. A squabble of seagulls circles noisily before settling down, and not far away, the Bay of Bengal shimmers in the rising sun. Early mornings at Point Calimere offer sightings of many winged visitors that hide in the tree canopy when the day warms up.

Point Calimere Wildlife and Bird Sanctuary in Tamil Nadu, was created as a sanctuary in 1967, essentially for the conservation of the endangered blackbuck antelope, endemic to the Indian subcontinent.

This ancient Chola region came to be known by its current name around 16th century, when the Portuguese set up trade connections with the nearby port town of Nagapattinam, about 50 km away. Some say Calimere is derived from the Portuguese words “calido” meaning warm and “mar” meaning sea.

The sanctuary includes a part of the Great Vedaranyam swamp, Muthupet mangroves, and Panchanadikulam wetlands, and is flanked by the Bay of Bengal in the east, and Palk Strait in the south. It feels like an island, with water on so many sides, and has a collage of tropical evergreen forests, sand dunes, salt pans, tidal mud flats, shallow seasonal ponds, and expansive, grassy coastal plains.

This potpourri landscape has 14 species of mammals, 18 reptile species, nine kinds of amphibians, and many land and water birds. It was rightfully included in the Ramsar List of important wetlands in August 2002. The flora is also biologically diverse. In addition to mangroves, there are tall, ramrod-straight, evergreen strychnine trees (source of homeopathic medicine, nux vomica), black-wooded Ceylon ebony, and an abundance of the gnarly, invasive species Prosopis juliflora.

The coastal parts of Point Calimere sustain numerous species of halophytes, plants that can tolerate high levels of salinity in the water. Sometimes called, “mangrove-associates”, these plants reduce salt levels in the soil, making it possible for mangrove species to grow and thrive. Photo: Dhritiman Mukherjee Locally called “velimaan”, blackbuck antelope (Antilope cervicapra) can be seen grazing in Point Calimere. The species is distinguished by their striking spiral horns. Cover Photo: Dhritiman Mukherjee

Point Calimere spans 21.5 sq km and is located close to Tiruchirapalli and Thanjavur —the erstwhile capitals of the Chola Empire. The buffer area of the sanctuary is open to all who purchase a visiting ticket, but the core area of Calimere is accessible only with prior permission from the Wildlife Warden at the Forest Department office at Nagapattinam (04365-253092). Visitors must be accompanied by a guide, approved by the forest department, to visit the core area.

Near the sanctuary gate, there are grasslands with patches of thorny shrubs while the seaside of the sanctuary has golden sands and fishermen’s boats lined along the shore. This area also has a 13-metre-high, functioning lighthouse, constructed by the British in 1890, near the ruins of a Chola lighthouse. Throughout the sanctuary, watchtowers exist for birding enthusiasts. The highest point of the sanctuary has a religious shrine called Ramar Padam, or stone footprints of Rama. Devotees make a beeline for the small shrine during Ram Navami.

The sanctuary is a relatively safe place for blackbuck, and chital deer, since the only predators here are jackals and free-ranging stray dogs. Also frequently seen, are wild ponies, grazing in the grassy, open areas of the sanctuary. This is thanks to the British, who attempted to breed ponies in Calimere in the early 1900s, to use as pack animals in the nearby port of Nagapattinam. The experiment did not go as planned, resulting in a population of feral ponies with tawny hides and flowing manes. Deeper in the sanctuary, the woods are home to small civets, wild boars, and monitor lizards.

According to reports from the Imperial Gazetteer of India, published in the 1800s, Point Calimere was used to rear horses, and cultivate tobacco during the British Raj. The gazetteer also states that Calimere was once used for convalescence, but this practice was halted because “it was malarious from April to June”. Photo: Dhritiman Mukherjee

Marshy areas see a lot of bird activity, and screeching seagulls, black-necked storks, and painted storks can be sighted sunning their colourful plumage. During winter, residents like brahminy kites, rose-ringed parakeets, and bulbuls are joined by migratory birds. Flamingos, black-headed ibis, waders, and spot-billed pelicans can be seen in large numbers.

One morning, I was watching a villager offering prayers to the rising sun when I was granted a view of large creature with a distinctive snout — a bottlenose dolphin, playfully cavorting with the gentle waves near the shore. Dawn at Calimere offers beautiful photographic moments, especially near the sea.

There is promise of sightings in all directions. Look up, and you might catch a brahminy kite (Haliastur indus) hunting for prey, while closer to the ground, smaller species such as the oriental skylark (Alauda gulgula) can be seed foraging for seeds and bugs. Photo: Dhritiman Mukherjee (left), P. Jeganathan CC BY-SA 4.0 (right)

Point Calimere Wildlife and Bird Sanctuary is open throughout the year, from 6 am to 5 pm.

October-January: This is the best time for birding as the backwaters and swamps are full of migratory water birds such as ducks, terns, waders and flamingos that arrive around mid-November. The northeast monsoon turns the landscape a pleasant green at this time of year, but fair warning: Vehicles are known to get stuck in marshy areas after a heavy rain.

February: Flamingos depart by late January, but February is still a good time to see other birds. The weather is pleasant with light breezes, clear skies, and day temperatures of around 25°C.

March-August: Summer temperatures range from 30°C to 37°C, occasionally reaching even 40°C. It is hot and humid, but a good time to see land animals such as blackbuck, boar, civet, and ponies.

In December of 2004, a tsunami hit the coastal edge of Point Calimere, flooding the area with almost four feet of water. Villages suffered serious damage, but a large number of animals were spared. One theory is that they moved to highest point on the sanctuary, around the Ramar Padam temple, but we do not know for sure. Photo: PlaneMad CC BY-SA2.5

Guide costs: Guides approved by the Forest Department can be hired for Rs 300-Rs 500 per safari drive.

Boat trips: Boat rides through the area can be arranged from Muthupet village (Rs 1,200-1,500) and offer the chance to observe waterbirds. (These are at Muthupet mangroves about 45 km/1 hr 30 minutes from the sanctuary.)

The Muthupet wetlands and lagoon are part of the Great Vedaranyam swamp, and are lined with mangrove forests. According to the Tamil Nadu Tourism website, this habitat hosts over eighty species of migratory birds during winter, including flamingos, pelicans, ducks, and terns. Photo: Shoma Abhyankar

There is a forest guest house called Flamingo House (or ‘Poonrai illam’) at Kodiakarai village (2.6 km/10 min). Prior booking is required. To make a reservation, contact the forest department office at Nagapattinam (04365-253092).  For permission to visit core area, book the forest guest house, and hire a guide, get in touch with Wildlife Warden, District Forest Office, District Collectorate Campus, Nagapattinam (04365-253092).

Vailankanni (48 km/1hr 30 min) is a Christian pilgrimage town famous for the Basilica of Our Lady of Good Health. Numerous accommodation options are available here. Among these, Church View Suites (doubles Rs 3,900), MGM Vailankanni (doubles Rs 3,010), and Udhayam (doubles Rs 1,950) are recommended. The town of Vedaranyam (11 km/ 30 min) is closer, but the lodges here are not the most hygienic. 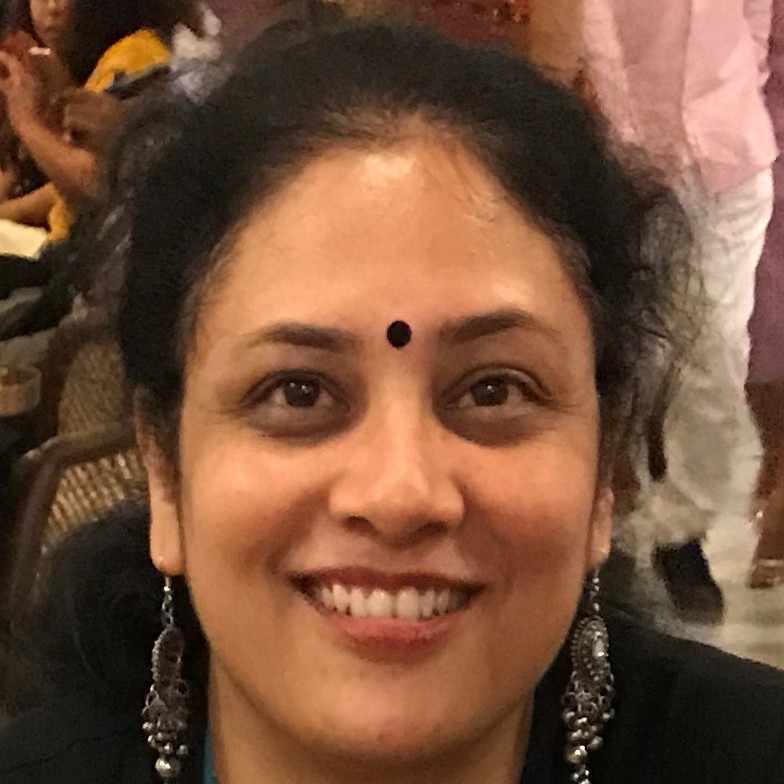 is a travel writer based in Pune. Find her on Twitter @throbbingmind or Blog: astonishingindia.net 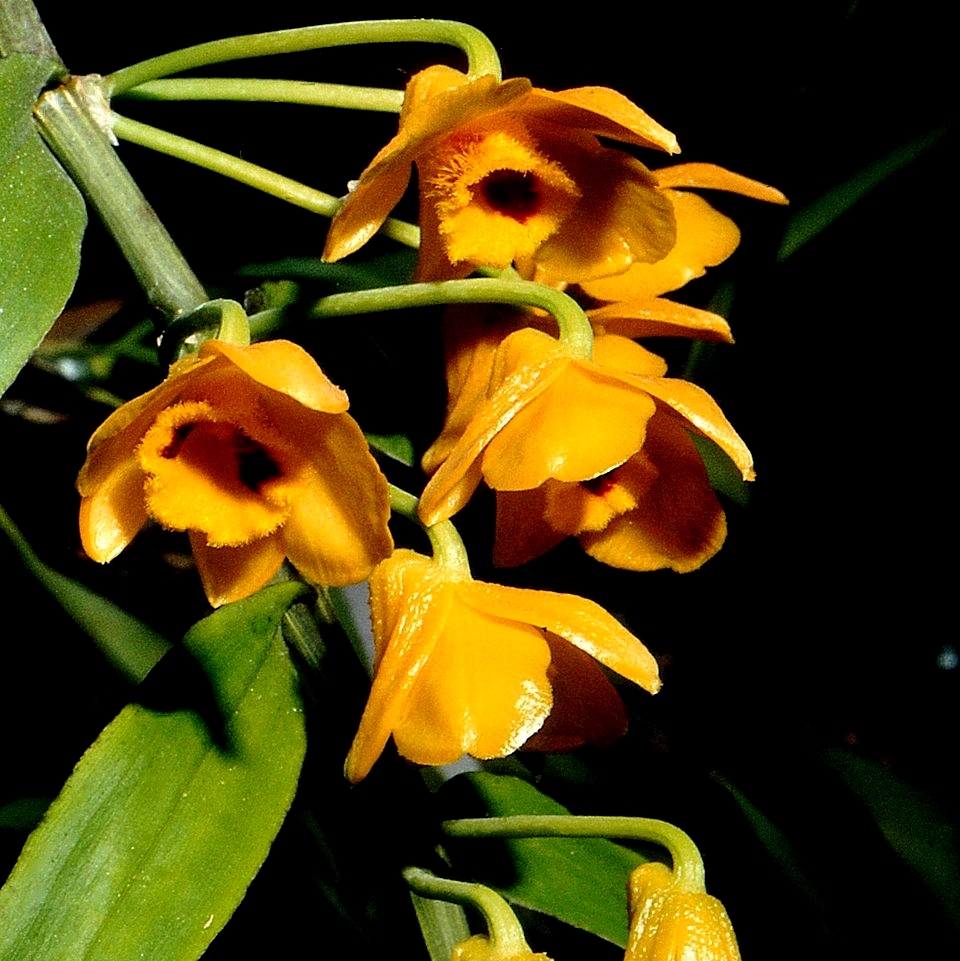