The Sessa Orchid Sanctuary was the first, and until recently the only, protected area in the country dedicated to the preservation of naturally growing orchids 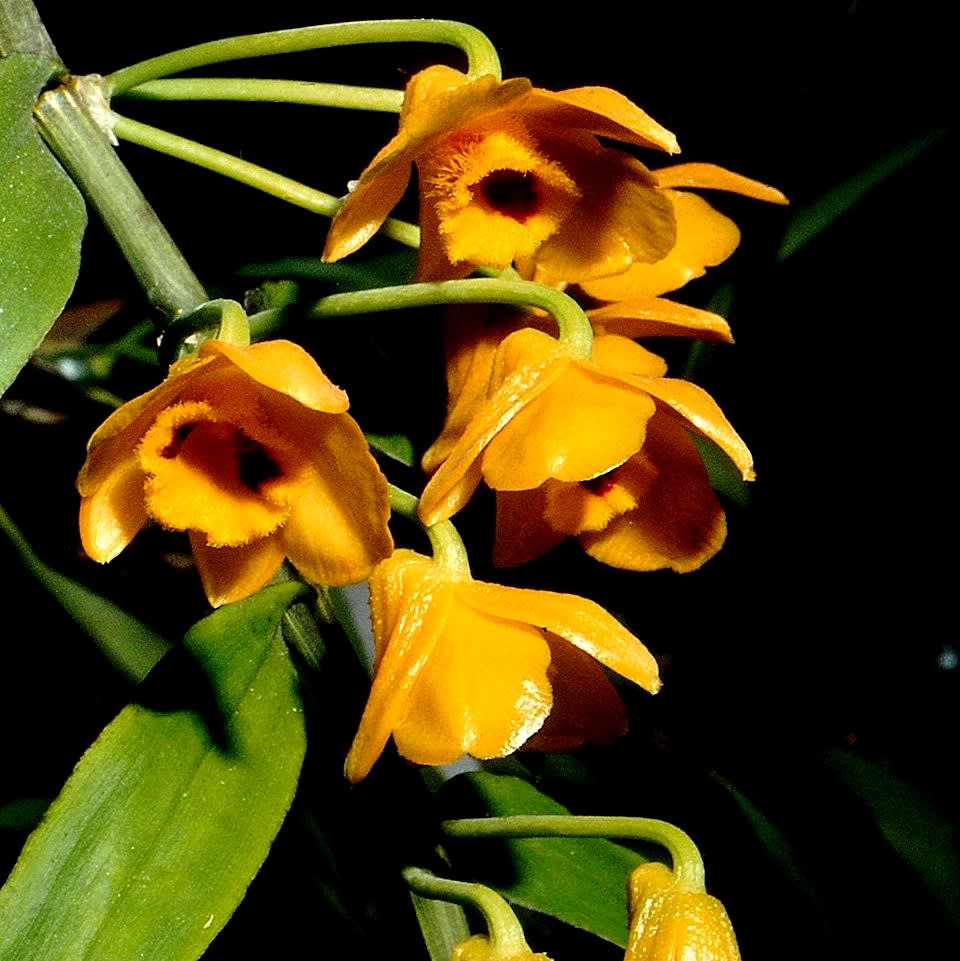 Located in the West Kameng district of Arunachal Pradesh, the 100 square kilometre Sessa Orchid Sanctuary is home to more than 200 species of orchids including several endemic and rare species. An important component of the Kameng protected-area complex (KPAC), the undulating orchid habitats of Sessa were notified as an orchid sanctuary, the first-ever in India, in 1989. The Arunachal Himalayas (formerly called Assam Himalayas) have been described by botanists as a treasure trove of orchids. Indeed, Arunachal Pradesh, with around 622 recorded orchid species which is 40% of the total orchid species found in the country, is known as the ‘Orchid Paradise of India’.

Currently, home to 236 naturally growing orchid species, at least five of them endemic including Epipogium sessanum, the one named after the sanctuary, Sessa is a Conservation International Himalaya Biodiversity Hotspot area.

Earlier this year the local community members of Sessa, belonging to indigenous communities, collaborated with the forest officials of the Khellong forest division to give the sanctuary a long-awaited facelift – a newly constructed boardwalk leading up to the refurbished entrance and a one kilometre-long trail for orchid enthusiasts. With the sanctuary spreading across indigenous community lands and the local tribal communities such as the Bugun, the Miji and the Hrusso possessing rich ethnobotanical traditions, the points converged to uplift the status of the protected area as part of the collaborative effort.

“Sessa orchid sanctuary and its surrounding forests are a paradise of orchids as well as being rich in wildlife. But it has been a backwater site from ecotourism perspective and it was wanting in a makeover. With the new boardwalk and entrance in place, people easily notice it,” Tsering Meiji, Gram Panchayat member from Sessa village, says.

Emphasising the importance of the habitat, Ankit Kumar, Deputy Chief Conservator of Forests, Arunachal Pradesh, who oversaw the facelift of the sanctuary, says that Sessa has hardly any comparable counterpart in India and as such, it deserves more attention.

A sanctuary of rare and threatened orchids
In 1940, British botanist and explorer Francis Kingdon-Ward noted the botanical significance of the plant and orchid species found in the region in The Geographical Journal after an exploration in the area, “My botanical collections from the Assam Himalaya (Balipara Frontier Tract) amount to nearly a thousand species, including an unknown number of new species, also numerous plants of horticultural worth…particularly interesting was the discovery of many Chinese species so far west on the Himalayan chain. It is clear that Assam and north Burma form the connecting link between the more strictly Himalayan element as in Sikkim, and the purely Chinese element developed in Yunnan; so that such plants as Magnolia globosa, Rhododendron euchaites, R. bullatum, R. megeratum, Primula wattii, P. dickieana, Cleihra delavayi, and many others bridge the gap.”

Epipogium sessanum, endemic to Sessa and named after the sanctuary, blooms once a year; its white flowers grow six inches and wither within 24 hours. Satyrium nepalens, another interesting species, is found in the sanctuary and many speculate that a musk-like perfume can be extracted from it, which in turn could stem the hunting of the valued musk deer.

In addition to harbouring naturally growing orchids, the sanctuary has also been used as an ex-situ conservation site for threatened orchid species. For instance, Acanthophippium striatum Lindley, a rare terrestrial orchid, locally known as “striped jug orchid”, found in community forests near Sessa-Zero point threatened by highway construction, was introduced last year to Sessa Orchid Sanctuary as part of an ex-situ conservation programme. A 2020 study found that this sub-tropical orchid species is highly sensitive to environmental changes and pollution and is now facing extinction which prompted this conservation initiative.

“Considering the rarity and threatening status of this species, we chose this species as a part of an ex-situ conservation programme of rare and threatened species and collected some live plants from road construction sites of Sessa-Zero Point in West Kameng district and introduced them in the Sessa Orchid Sanctuary. The sanctuary has a suitable micro-climate for the orchid to thrive,” says Jumter Nyorak of the Orchid Research Centre, Tippi.

A 2020 study published in Phytotaxa reported the discovery of a new species of orchid, Spathoglottis arunachalensis (Orchidaceae) in Sessa Orchid Sanctuary. Jambey Tsering of the Orchid Research Centre in Tippi, who is a co-author of the study, said that they found this unique, yellow-flowered Spathoglottis population during a field trip to the Sessa orchid sanctuary in October 2016 and specimens of the species are now stored in the orchid herbarium in Tipi.

“Spathoglottis is one of the most threatened orchid groups with just 50 species known to the world. Only four species are found in India, including the arunachalensis variety. Spathoglottis arunachalensis can be considered endemic to the region and assessed as critically endangered,” Tsering said.

Threats and potentials
The sanctuary is under threat from highway construction works. The habitat of the newly discovered Spathoglottis arunachalensis along the southern boundary of the sanctuary has been severely disturbed by construction work of the trans-Arunachal Pradesh highway, Tsering says.

Between 2016 to 2019 Tsering came across the species in multiple locations along the southern boundary of the sanctuary. “But recent explorations in these sites and adjacent areas failed to locate the species, which is why the species has been dubbed “the lost Spathoglottis”,” he told Mongabay-India. The Orchid Research Centre at Tipi has announced a cash reward of Rs. 10,000 for those who spot the species in its habitat and report to the centre.

Nevertheless, the bright spot for the sanctuary, according to Ankit Kumar, is the support and enthusiasm of the local communities.

Meiji, the community leader, says that the indigenous community members possess in-depth knowledge of the flora and fauna of the sanctuary. “Our ancestors protected these forests since time immemorial. They trekked through these forests for hunting, for ritual purposes. They left us a repertoire of knowledge regarding the plants and the animals of these forests.”

He exudes hope that the indigenous communities would be able to get involved in the sanctuary in ways that would help them showcase their knowledge and stories of the forest as well as earn them livelihoods. “Indigenous community focused eco-tourism programs like the ones in Singchung Bugun community reserve could be a model to emulate and that may work here in Sessa as well,” Meiji suggests. “We are happy to tell the visitors the story of our forests handed down to us by our forefathers.”