Nifty monkeys and playful tiger cubs, iridescent butterflies and magnificent trees — a conservation ecologist finds herself in rapt fascination in the rainforests of this UNESCO World Heritage site

“Cooo…” came the soft call. Did I hear it right? After searching for days on end, and tracking tell-tale signs of fruit remains dropped beneath trees, would I finally see them? I walked cautiously and quietly towards the call. Thirty metres above me in the rainforest, as if from nowhere, materialised the dark forms. Glossy black body, characteristic white mane fringing the face, expressive brown eyes. Almost imperceptibly, the canopy came alive with Macaca silenus—the lion-tailed macaque. As I stood watching this rare and remarkable monkey, found only in the wet evergreen forests of the Western Ghats, I thought of how this moment would never have been possible had this rainforest land been inundated, as it nearly was.

Once almost lost to an ill-conceived proposal enchanting Silent Valley National Park in Kerala is testament to the power of people’s movement that saved it. Photo: NP Jayan

It is almost a decade since I last visited Silent Valley National Park, but the memories remain as if I were there last week. Arriving at the village of Mukkali, late in the morning on a bus from Palakkad, I arranged for a jeep to take me up to the forest camp. Before I forayed into the deep reaches of Silent Valley, I got all required permissions from the Kerala Forest Department—visiting their offices, in order of hierarchy, at Thiruvananthpuram, Palakkad, and now the Range Office in Sairandhri. I was there to study the lion-tailed macaque (LTM).

Before settling on Silent Valley as my study site, I reconnoitred Agumbe, Kudremukh, and the forests around Honnavar. They are all forests I love—evergreen, tall trees, with their closed canopy forming a green cocoon sheltering a rich diversity of life in its fold. Imagination soars here. Unlike open wooded savannahs and drier forests dominated by large, charismatic mammals, rainforests are more about the small and the secretive. A brightly coloured beetle scurrying across the forest floor. The iridescent flash of the Malabar peacock or the stately wingbeats of the Malabar nymph as these butterflies fly across the foliage. A scamper of dots and stripes as the diminutive mouse deer—hiding until you are so very close—dashes through the dark undergrowth. A beautifully chequered Malabar pit viper waiting in coiled anticipation around a Psychotria treelet or balancing on the scaling bark of a Mesua ferrea tree. I could go on… 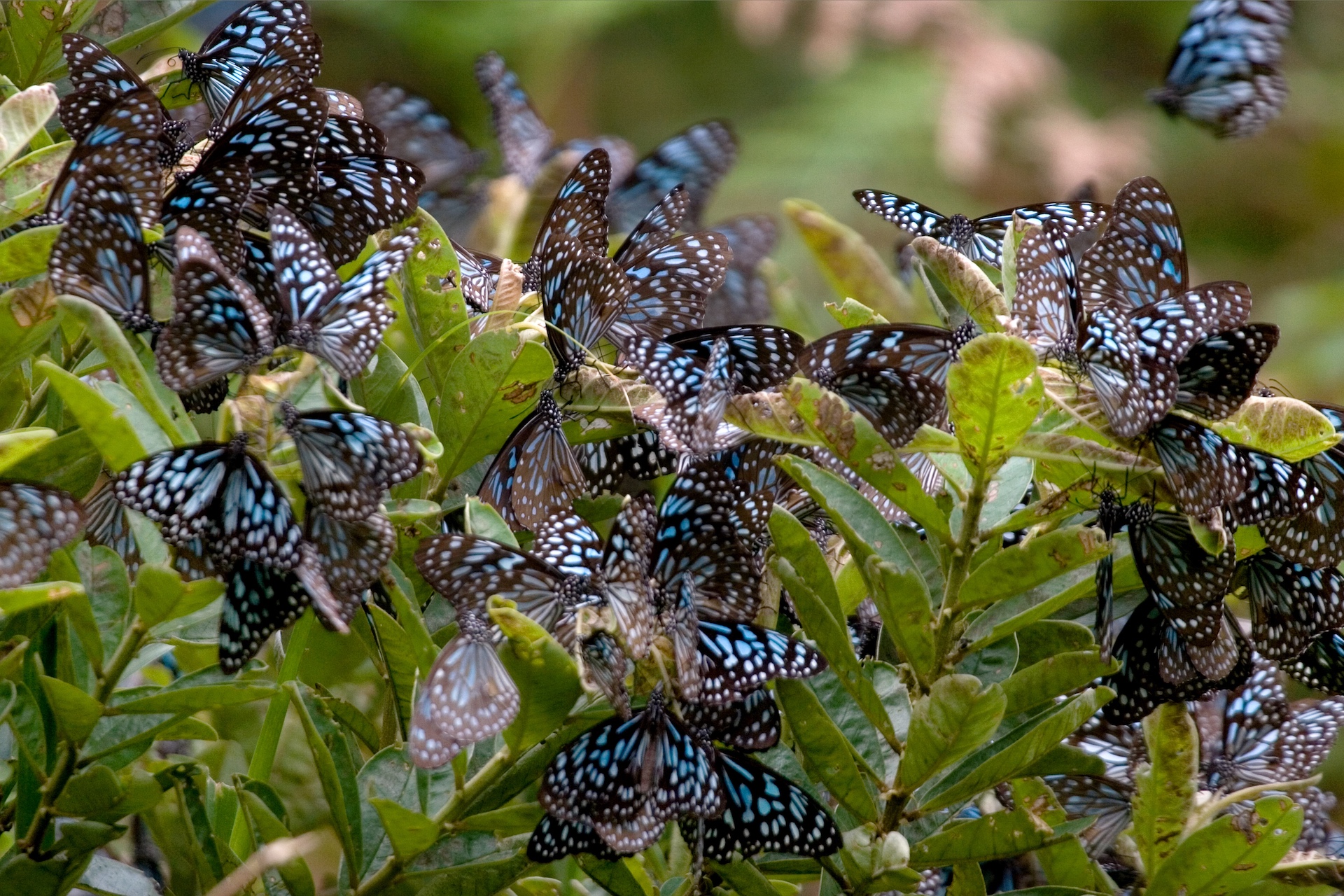 A haven for butterflies, including these blue tiger butterflies, the park harbours many threatened species of fauna. Photo: NP Jayan

Oh, and the trees. It was Silent Valley that drew me to the cryptic lives of trees. I find inexplicable joy in chancing upon a rare (or even common) species of tree, figuring out why the species happens to be where it is, when it bears flower and fruit, what creatures eat the fruit, and where the seeds go. I watch for changes in leaves, flowers, and fruits. Sort of like the LTM, I suppose.

The LTM primarily eats fruit—an obligate frugivore, in ecological parlance. In tracking the LTM troop, I spent most of my time watching what trees they ate from. When I was not desperately scrambling across a hill to keep up with the nifty monkeys that sailed through the canopy with frustrating ease, I pondered on how the LTM recognised and remembered its food trees. They seemed to come back to the same patches and the same trees. Biologists who have watched LTM behaviour over multiple years say that a troop will remember and revisit feeding trees year after year, sometimes checking in even before the fruit is ready. My study troop preferred the more nutritious but rarer fruit of Drypetes wightii, over the nectar from more abundant flowers of Palaquium ellipticum.

The lion-tailed macaque served as the face of the ‘Save Silent Valley’ movement in 1973, when a hydro-electric project across the Kunthipuzha River threatened to submerge vast swathes of virgin rainforest. Photo: Anuroop Krishnan

The LTM is but one among the many creatures that reside in this beautiful forest. I spoke of how the rainforest is the stage of the small and secretive, but the large roam here too. To search and follow the monkeys, I used the trails made by elephants as they traversed through the forest for forage. Every once in a while, I would cross paths with the herd that made the trail. At other times, I would only see tell-tale signs of them having gone by—a sapling snapped asunder, a large muddy patch on a tree where an elephant enjoyed a good scratch, a steaming mound of dung, a chewed up Colocasia patch. More often, the signs were less prominent—an obscure flattening of the leaf litter or indistinct imprints on the dry soil, a faint but characteristic odour that lingered from a passing pachyderm. 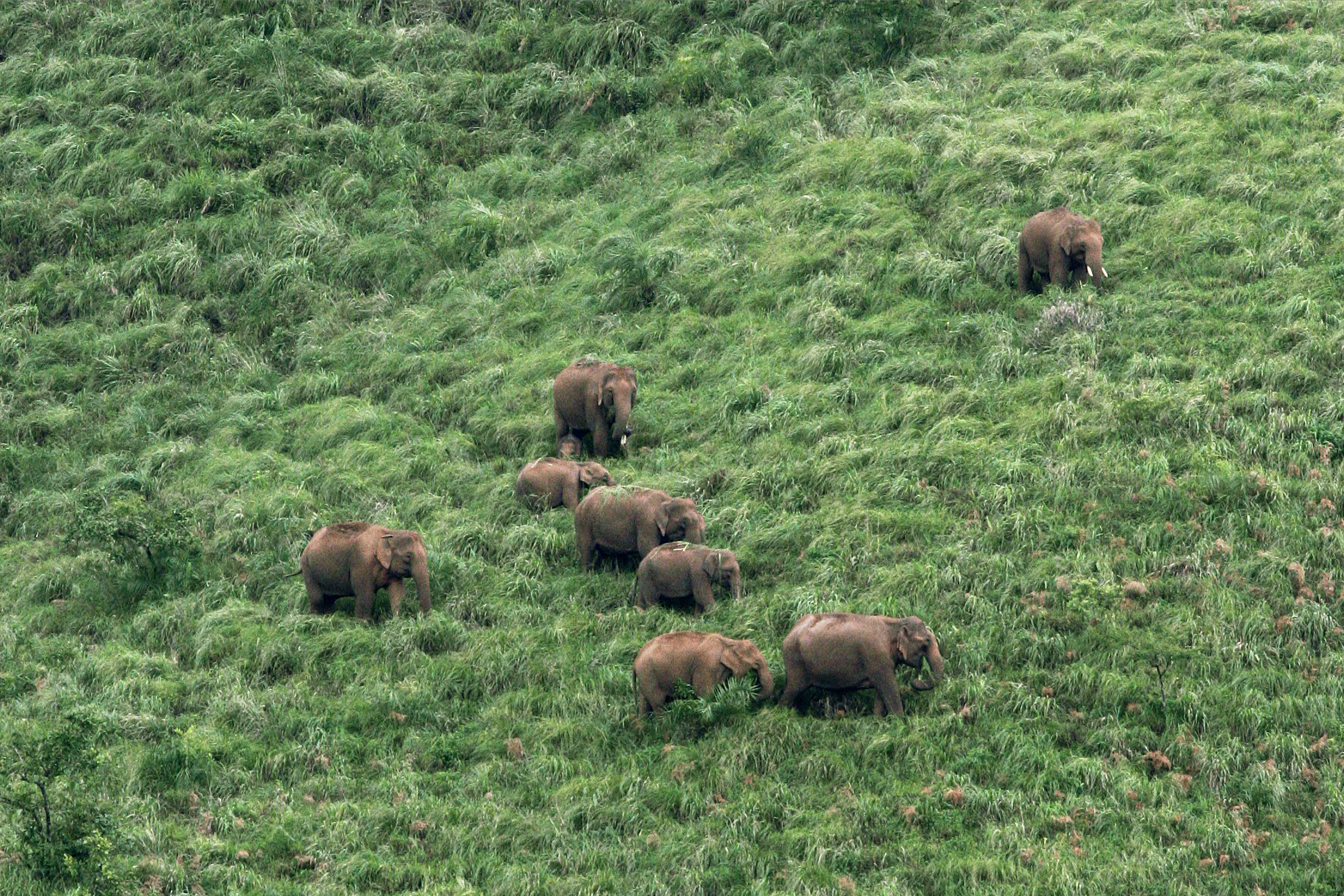 At heights of over 1,500 m., the evergreen forest makes way for shola forest and grasslands, which are crucial habitats for elephants. Photo: NP Jayan

Speaking of the large and charismatic, I reminisce upon the tale of the tigress with her two young cubs I chanced upon. As I emerged up from a small ravine through which led the trail I was upon, I saw the tigress. She lay across the path. The cubs, young enough that their eyes still shone blue, played with characteristic abandon. I froze. Mesmerised, I watched. Two minutes, or was it five? Time stood still. My field assistants walked in behind me. The spell broke.

Up she leapt in a saffron flash; hastily we retreated. From the other bank, we watched. She stood motionless and attentive, tail held low, only the nose and ears twitched. The cubs paused momentarily, perhaps sensing their mother’s caution, then resumed their romp. Her yellow eyes fixed towards where we waited, still and quiet. I imagined that she was looking right at me. In a softly swift motion, she gathered her cubs and was gone. I will never forget those eyes.

Magnificent wildlife apart, Silent Valley also harbours aesthetic sights par excellence. As you come up the main forest road that leads to the end of the mountain, the tall watchtower comes into view, seemingly poised at the edge of the world. From the top, you see the river Kuntipuzha snake across the park, morning mist billowing up from the deep gorge it has cut through time. In 1972, the proposed damming of the Kuntipuzha galvanised one of the most notable conservation movements of our times. The land of Sairandhri, lush rainforests and all, would have been lost to the dammed waters of Kunthi. The people’s fight to save Silent Valley persisted for nearly 15 years until the proposed dam was shelved and the region declared a national park in 1987. At 89.5 sq. km, Silent Valley is among the smaller national parks of India, but remains continuous with other forest patches. Together, this rainforest complex forms part of the Nilgiri Biosphere Reserve, deemed a World Heritage Site by UNESCO in 2012.

Under this riot of colours of Silent Valley National Park lies a mind-boggling diversity of living organisms. Photo: NP Jayan

The diversity of plant and animal species and the sheer beauty of the mountains make Silent Valley a veritable museum of natural history. I could write many more wild tales: of a solitary brown mongoose digging away for insects in the leaf litter; a sloth bear savouring its meal of deliciously sweet Syzgium cumini or jamun; the festive explosion of fruit-eaters gorging on the brief superabundance of figs at a giant Ficus nervosa; chance encounters with the muntjac or barking deer, brown palm civet, and leopard.

My meditative walks along the grassy hills to the higher reaches of Silent Valley let me lose myself in an expansive sense of belonging to a larger world, while offering a solitude we seldom find in the devouring bustle of our lives today. The silence was sometimes broken by tourists going back and forth, but for the most part, I revelled in the company of the river, the mountains, and the myriad creatures whose home I shared for a brief time. 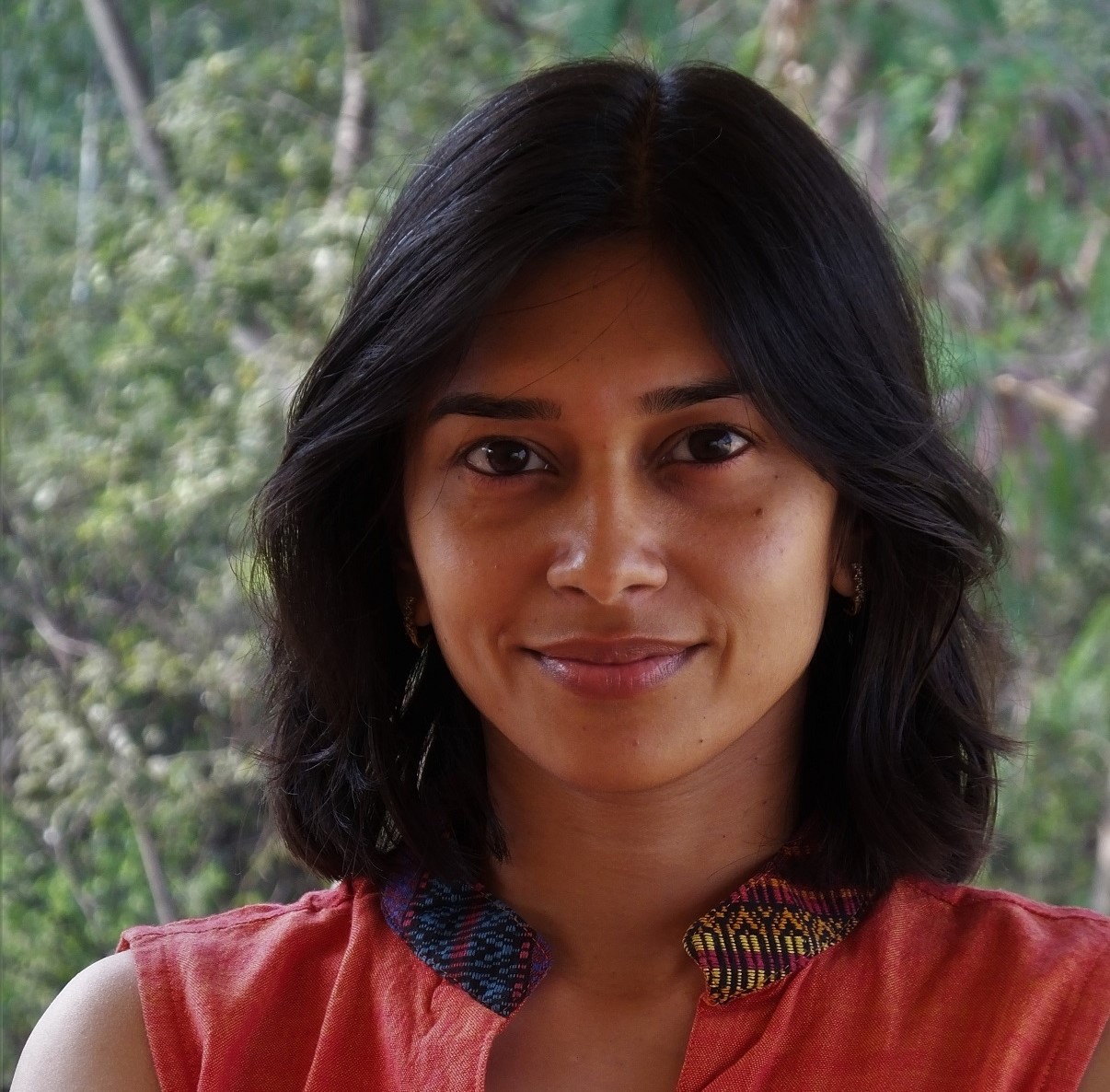 studies how forests come to be as we see them, what shapes the diversity of systems, and how human activities change the mechanisms that maintain diversity.