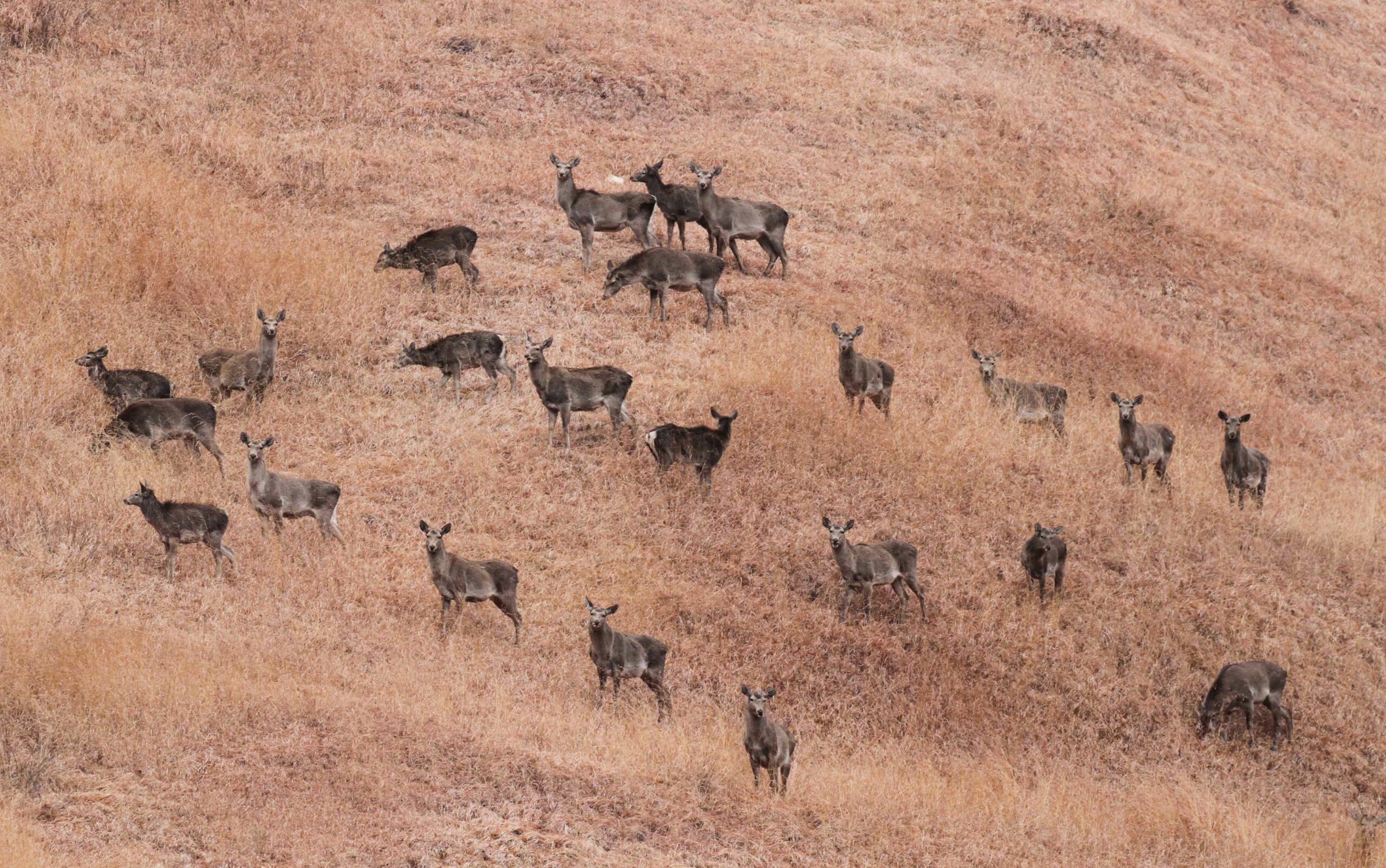 In March 2021, a census conducted in Kashmir to estimate the population of the hangul (Kashmir stag), showed encouraging initial findings. According to the Department of Wildlife Protection, the population of the critically endangered species has registered a marginal increase in the Kashmir Valley. It is now 261, compared to 237 recorded in 2019. The small upward trend began in 2015, when the Hangul population was 186 and then rose to 197 in 2017.

The state animal of the erstwhile Jammu and Kashmir, the hangul was first identified by researcher Alferd Wagner in 1844. The species is believed to have travelled all the way from Bukhara in Central Asia to Kashmir. “The name hangul comes from the preferred food of the deer, which is the Indian horse chestnut (also known as ‘Han Doon’ locally). It also eats a wide variety of grass, herbs, shrubs and foliage. In the 1900s, the hangul was found in abundance in northern Kashmir, Himachal Pradesh and Pakistan. Now its range is restricted to the Dachigam National Park near Srinagar,” says Atula Gupta, founder and editor of India’s Endangered, a website on wild animals of India.

Hangul shed their horns around March and move to higher altitudes. Their horns regrow around August and they return to lower altitudes by September-October. This is usually the best time to spot them in the Kashmir region. It also marks the rutting season, when the males court females by showing off their antlers and fighting with competitors.

“Hangul generally prefer to live in groups of 2-18, but adult males become intolerant of each other during the rutting season. After about eight months, a single fawn (in rare cases, twins) is born to the female. The female hangul will take care of the fawn till it reaches maturity at 16 months,” says Ajay Sinha, a Kashmir-based independent wildlife researcher working towards the conservation of the hangul, who was also involved in conducting the census.

The fall of the hangul population
In the 1900s, around 3,000 to 5,000 hangul could be found in Kashmir, from Karen in the Kishenganga catchments to Dorusa in Lolab Valley, and the catchments in Bandipora, Tulail, Baltal, Aru, Tral and Kishtwar. Incessant hunting resulted in a decline in their numbers. This led the then Maharaja of Kashmir to create game reserves such as Dachigam where locals were restricted from hunting.

After independence, the creation of sanctuaries and national parks further reduced the threat of hunting. Livestock grazing and constant habitat fragmentation, due to the Kashmir conflict, however, emerged as new threats. “The Valley was an ideal summer grazing spot for the hangul until the armed conflict restricted their movement. Nomads, who could not find many areas to take their livestock to for grazing, also began to use the same areas as the deer,” says Sinha.

How a census helps
As a herbivore, the hangul plays an important role as a prey to predators like the leopard and the Himalayan bear. It also ensures that the grassland lines survive in the upper forest ranges which are not easy to reach for most animals.

“At the moment, the most critical aspect to hangul conservation would be to restore the imbalance of the male to female and fawn to female ratios. But it is easier said than done. For a critically endangered animal, which lives in difficult to reach wilderness, basic observation and data collection itself becomes a challenge for researchers and conservationists,” says Gupta.

This is why conducting a census every two years becomes essential. Constant and regular population monitoring is the only way researchers, scientists and conservationists can get a general idea about a species that is otherwise hard to locate or observe all-year long.

The latest census was conducted by 350 people from the wildlife department, students and volunteers affiliated with NGOs. The final report of the census will give more details about the composition of the animal (how many males and females are there), and how long the population of the animal will survive, etc., wildlife officials have told the media.

Work in progress
Efforts are being made to give the hangul population a much-needed push. A project kicked off by Sher-e-Kashmir University of Agricultural Sciences and Technology, along with scientists from the Smithsonian Institution of the U.S., is working towards conservation breeding, conservation genetics and community development. Their plan is to create a founder breeding stalk by capturing hangul from the wild and then run a breeding programme.

“But there are other immediate challenges that can be rectified such as containing the nomadic dogs that often prey on hangul and creating hangul corridors on the lines of tiger corridors to allow the animal to reach grasslands and graze freely,” says Gupta.

The hangul continues to remain the state animal of Kashmir and there is some evidence that the animal returning to its earlier habitats. Last year, a wild herd of around 6 to 8 deer was reported to have been sighted in central Kashmir’s Ganderbal district. 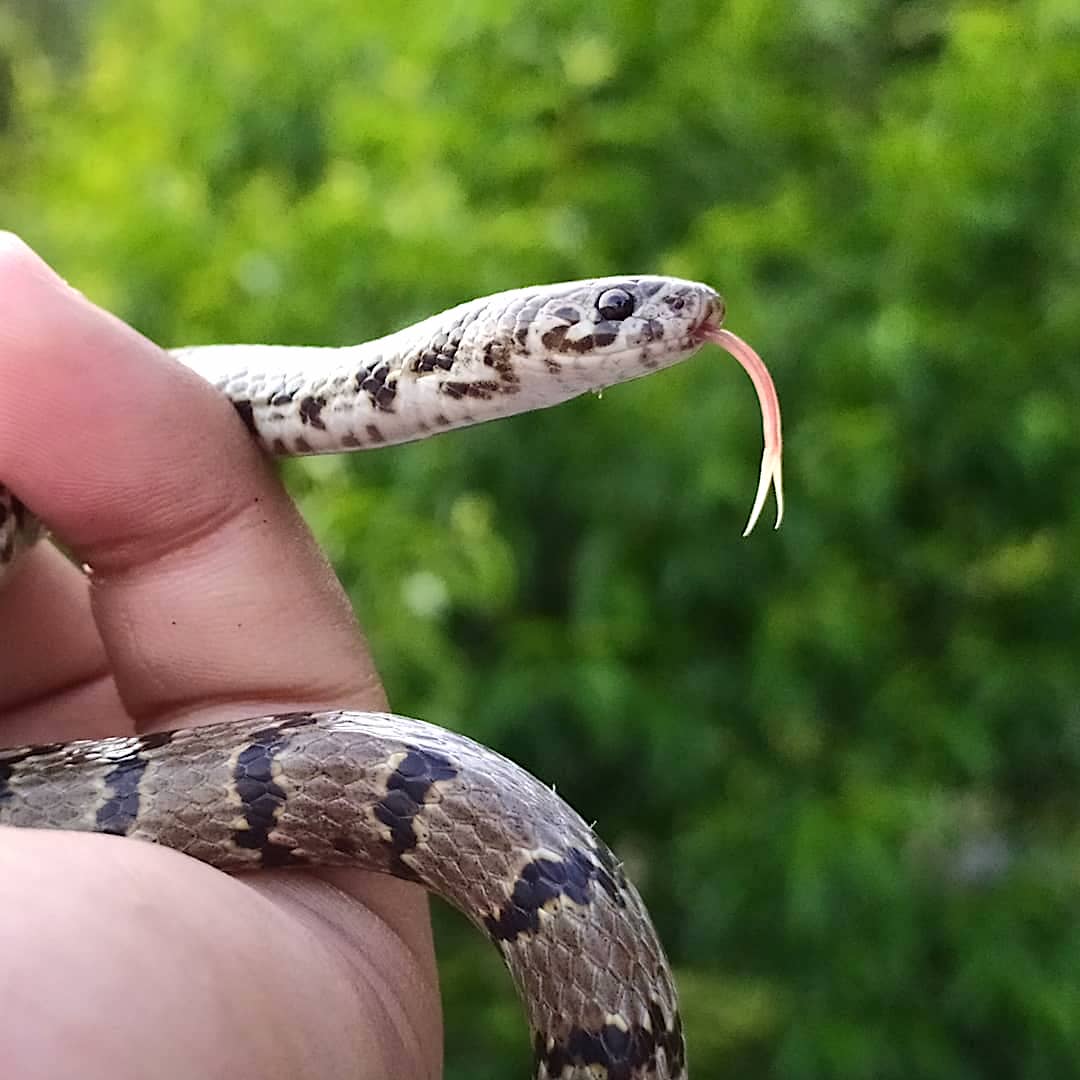