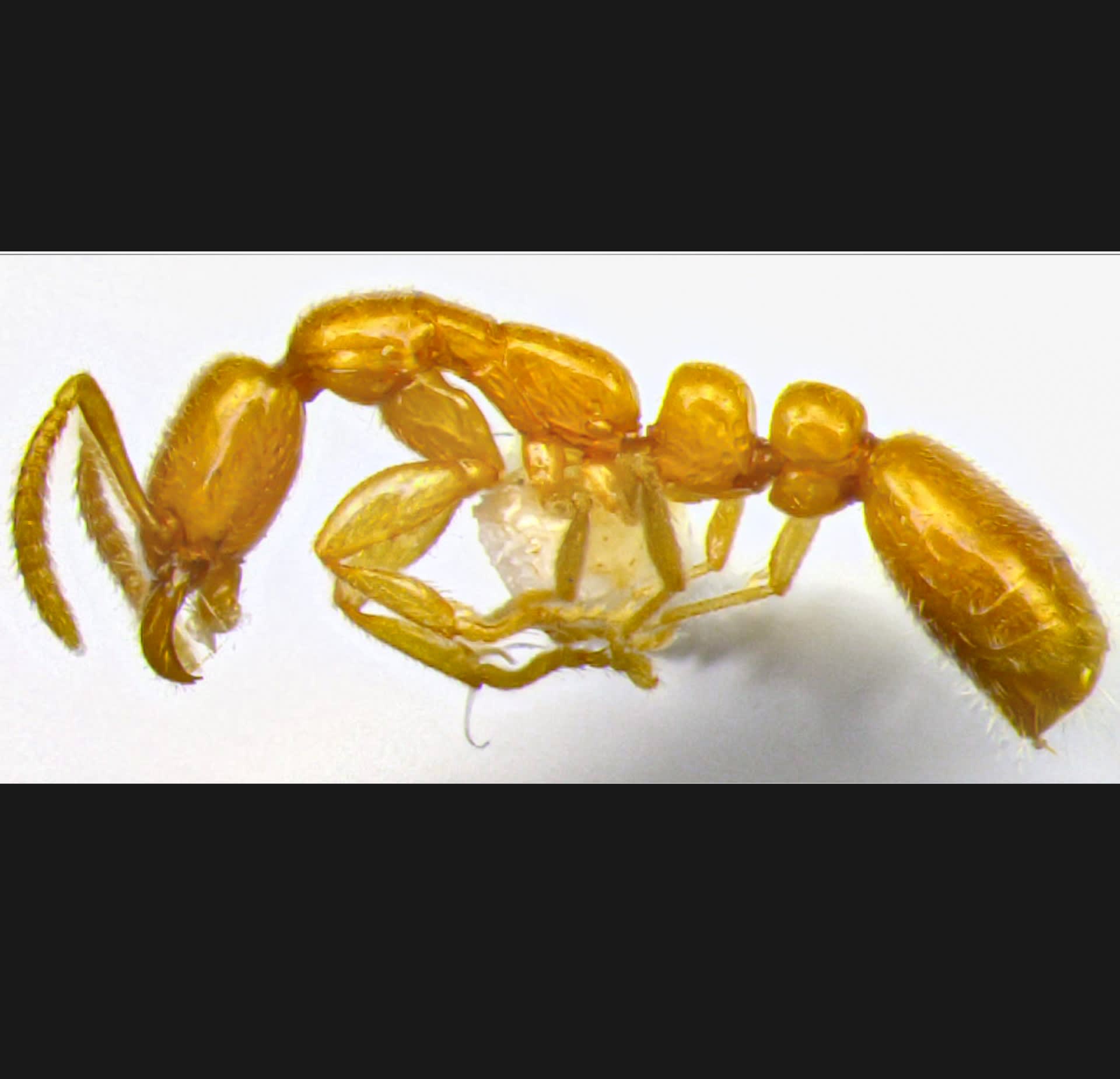 A new species of ant has emerged from the leaf litter at Netravali Wildlife Sanctuary in Goa. This underground-dwelling species turned up as part of a statewide survey of ants in the state.

The new species, Vaibhav’s Protanilla (Protanilla flamma) belongs to the genus Protanilla, a rare group of ants of which only 12 species are known worldwide. This discovery from Goa is the 13th species.

“This group of ant is exclusively underground dwelling and seldom seen above ground,” says Goa-based researcher Pronoy Baidya, who discovered this species under the guidance of Sumanta Bagchi, Associate Professor at the Centre for Ecological Sciences, Indian Institute of Science.

“It [The survey] included surveying about 350 sites across Goa. As a part of this, I had visited Netravali WLS where I was searching for subterranean ants under the leaf litter. In one such patch, I found 3-4 bright ants moving about in a trail. I immediately knew it was something interesting and managed to collect two individuals,” said Baidya, while elaborating that discovering hypogene ants (subterranean ants that live underground) is like “finding a needle in a haystack.”

The species Vaibhav’s Protanilla is very small, measuring just 2.5 mm in length, yellow in colour, and is completely blind. The ant uses just chemical signals and touch response for navigation in their dark subterranean world. These ants are presumed to live in small-sized colonies and being exclusive predators of other smaller insects.

Baidya informs that the genus Protanilla is extremely range-restricted and found only from China, Taiwan, Sri Lanka, and India in the world. The addition of a new species would further improve our understanding of how this genus evolved and dispersed over time from the place of its origin if a phylogenetic study – a family tree built out of characters such as physical attributes and gene sequences – is done in the future.

The species is named in honor of Prof. Vaibhav Chindarkar, the head of the Zoology Department at Government College of Arts, Science, and Commerce at Sanquelim in Goa, where Baidya was a student. Baidya considers Chindarkar as an inspiration and guide for many wildlifers from Goa.

Himender Bharti, Head of Department of Zoology and Environmental Sciences, Ant Systematics and Molecular Biology Lab, at Punjabi University, Patiala, who himself has discovered many species of ants, said “It’s incredible. To find such a rare species is always a treat for a biologist. Such discoveries would surely add to a better understanding of evolution, ecology, and biogeography of ants.”

Researcher Parag Rangnekar, who is a member of the Goa State Biodiversity Board and has discovered new species of dragonflies along with others, explains that the discovery of such species is important in a place like Goa. “It is uniquely positioned at the transition between the Northern and Southern Western Ghats, he said.

Ants play an important role in a forest by maintaining soil fertility, decomposition of organic matter, soil aeration, improving water percolation, and maintaining the population of other insects. A lot of such activities are done by hypogene ants, the group to which this newly described ant belongs.

“Hypogene ants are a group about which we know very less, so much so that we still do not know what all species comprise this group. The first step towards any scientific exploration is to know what a group or system is comprised of, and the new species description is a piece in completing this rather complicated jigsaw puzzle,” elaborated Baidya.

Threats to their survival

Ants, like any other flora or fauna, are under constant threat due to habitat destruction and fragmentation of forests. Baidya asserts that it starts with cutting down a single tree as it is home to various organisms right from fungi to insects to birds. Thus, resulting in the loss of several interconnected processes in the ecosystem.

“When canopies are opened up, the micro climate of those patches start changing, resulting in the changes in the composition of the vegetation over time because of local drying. This will then affect the species that are associated with the vegetation and those present below the soil, ultimately changing the entire system from outside-in. Already, due to global human-induced climate change, forest types and forest structures are changing everywhere and are under tremendous stress. Such fragmentation just adds burden on these fragile systems,” explains Baidya.

These changes also bring in invasive species—the major threat to the native species of ants. These ants which are mostly from South American countries have entered accidentally through international trade. Dr. Bharti maintains, “With the escalation in anthropogenic activities, the destruction of natural ecosystems, the spread of invasive species have increased. The species with narrow niches are disappearing at a faster pace, much faster before we could catalogue them. Notably, this would lead to the collapsing of natural systems, which would be difficult to regenerate.” 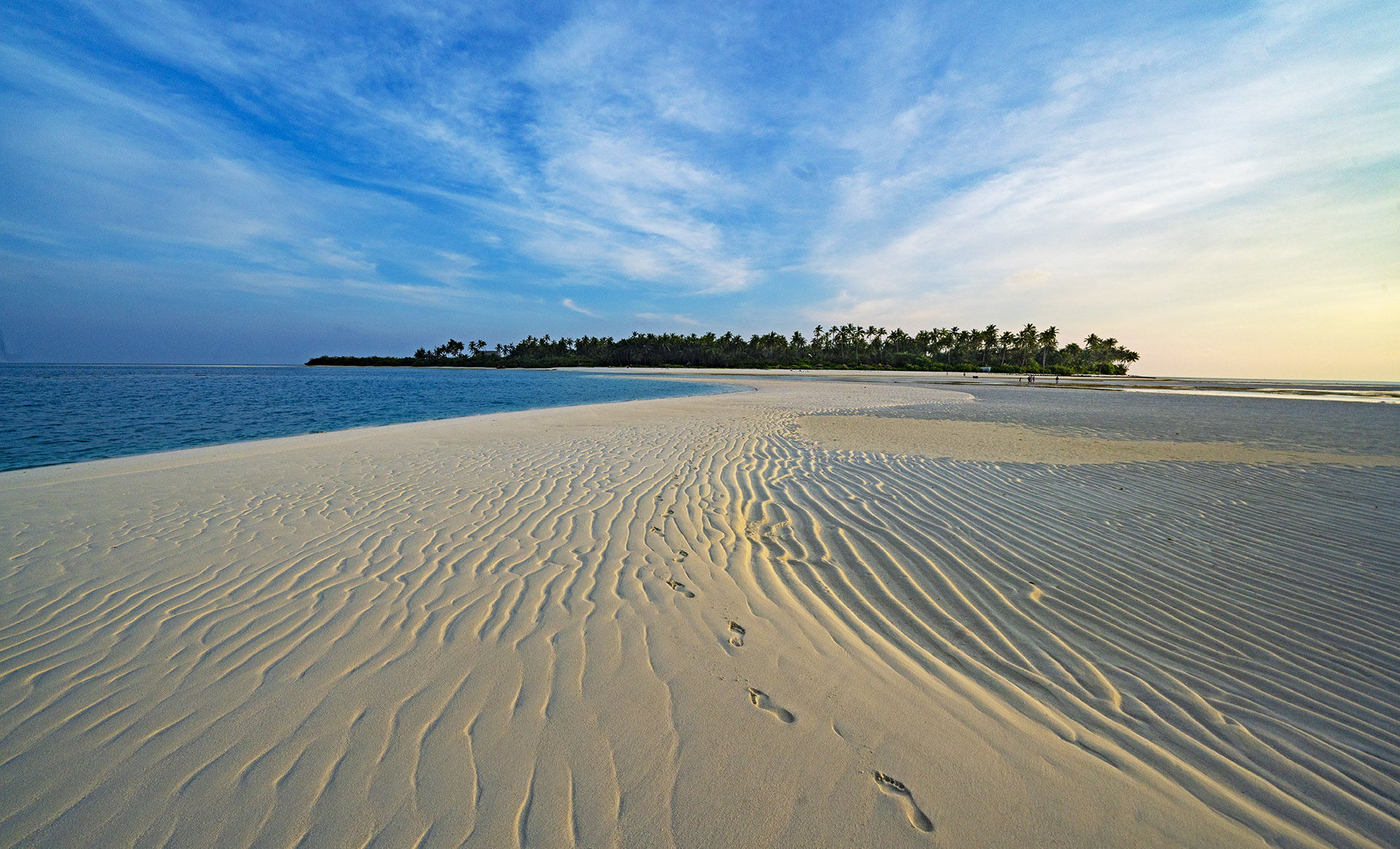 Two Lakh Trees Face Axe for Diamond Mine in Buxwaha

A Spotlight on the Scorpions of the Western Ghats