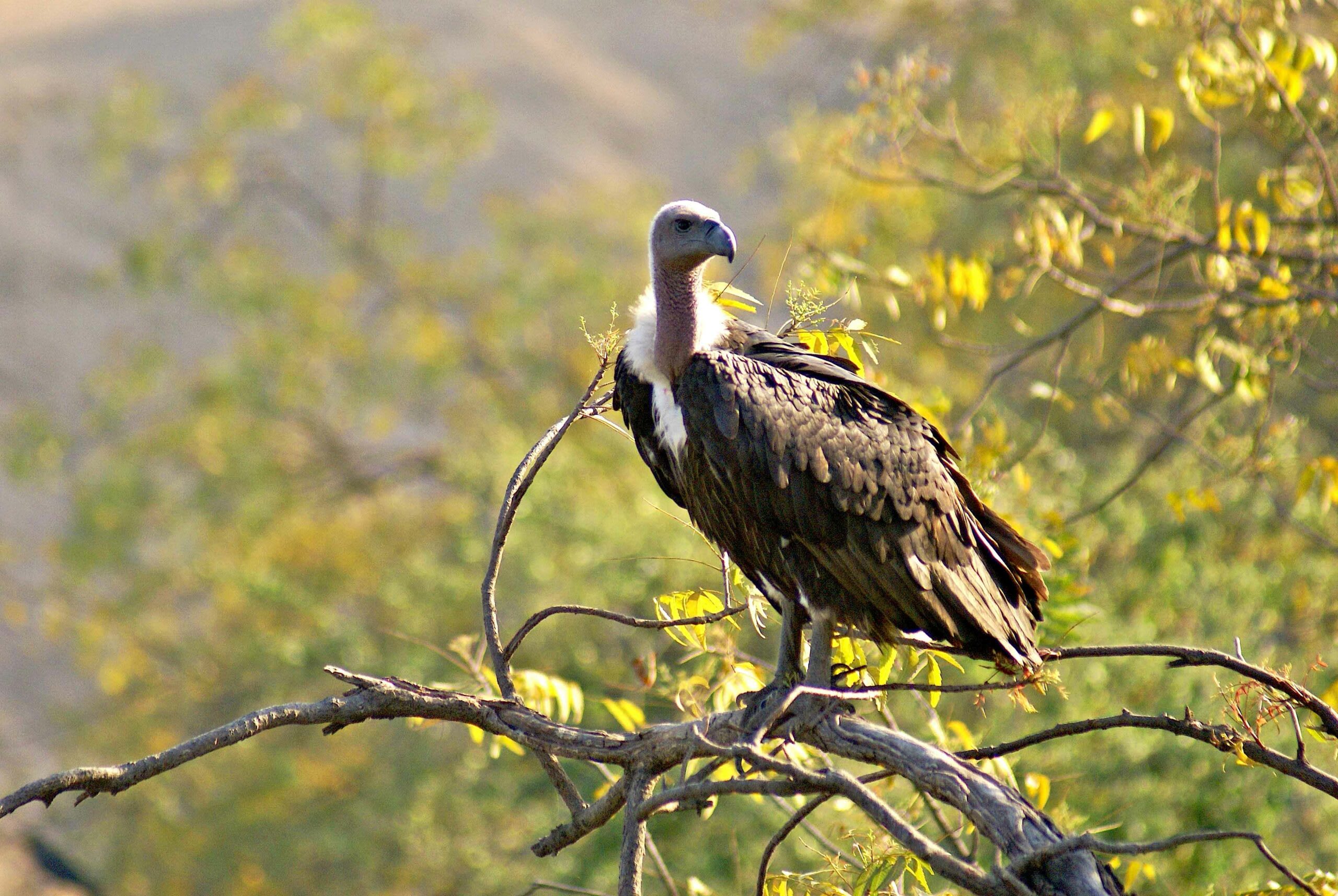 A veterinary pain killer drug, nimesulide, has been causing the death of vultures in India, finds a new study published in the latest edition of the international scientific journal, Environmental Science and Pollution Research.

Diclofenac has long been established as the prime reason for wiping out 99 percent of the vulture population in India in the 90s. Later two more veterinary drugs – aceclofenac and ketoprofen – were found to be toxic for vultures. While diclofenac is banned, a proposal to ban the other two drugs is already under consideration by the Indian government, lead vulture scientist and deputy director at Bombay Natural History Society, Vibhu Prakash told Mongabay-India.

As per the new study, nimesulide appears to act similar to diclofenac in exerting toxic effects on vultures.

If the veterinary use of nimesulide continues, vultures could further suffer in India. Hence, the study recommends that nimesulide should be banned by the Indian government to conserve vultures in the Indian subcontinent.

The study is part of a government-funded project titled, National centre for surveillance and monitoring of the impact of environmental contaminants on ecosystem components with a special focus on birds in India. It has been authored by experts from the Division of Ecotoxicology, Salim Ali Centre for Ornithology and Natural History (SACON) and Jivdaya Charitable Trust.

Study conducted on critically endangered white-rumped vultures
The study has been conducted on white-rumped vultures (Gyps bengalensis), listed as critically endangered on the International Union for Conservation of Nature (IUCN) red list since 2000 and categorised under Schedule I of Indian Wildlife Protection Act 1972 for its safety and conservation.

Gujarat forest officials located the dead vultures, and Aditya Roy, one of the co-authors of the study, coordinated their transport to Ahmedabad. At the hospital, veterinarian Shashikant Jadhav, who is also a co-author of this study, performed the post-mortem examination in both cases.

After post-mortem examination, a thorough scientific viscera analysis was conducted at National Centre for Avian Ecotoxicology at SACON in Coimbatore, on the organs, including kidney, liver, intestine and gut contents, of these dead birds.

The study concluded that all the white-rumped vultures were exposed to nimesulide through carcasses of cattle they consumed before death.

It added that uric acid deposits, as crystals or powder, were observed in the internal organs of all four vultures although the intensity was different.

Therefore it could be concluded that uric acid deposition observed in the viscera in all the four vultures during post-mortem and elevated levels of nimesulide residues in the organs and gut content was responsible for the mortality of all the white-rumped vultures in Gujarat during 2019, the study added.

New findings pose new challenges for Indian policymakers
The Indian government has set up eight breeding centres for vultures and plans to set up eight more under the National Vulture Conservation Action Plan (2020-25). But there have been different studies that note that the Indian government has not been successful in checking the use of veterinary drugs toxic to vultures.

In the 80s and 90s, most of the vulture populations were wiped out from India. Vultures died after feeding upon their staple diet – cattle carcasses – that had heavy traces of diclofenac, a veterinary drug.

Despite the ban in 2006, diclofenac still accounts for 10–46 percent of all pain killer drugs offered for sale for livestock treatment in India, suggesting weak enforcement of existing regulations. Further, another legally available veterinary drug, aceclofenac also rapidly metabolised into diclofenac after administering to cattle.

Now, checking the use of another veterinary drug toxic to vultures, nimesulide, poses another daunting task for policymakers and government functionaries.

As per the study, nimesulide is widely available and used by veterinarians in India, heightening the risk of vulture deaths. The population of vultures in India was about 40 million in the 80s (belonging to three species – white-backed vulture, long-billed vulture and slender-billed vulture). As of 2017, it is down to 19,000.

The latest national vulture survey has been postponed twice, in March 2020 and in March 2021, because of the COVID-19 pandemic.

Rhys Green, a professor at Cambridge University and chairman of Saving Asia’s Vultures from Extinction (SAVE), an international platform working for the conservation of vulture, who was not associated with the study, said in a statement that the new study provides compelling support for the case that the licence for veterinary use of nimesulide should be withdrawn immediately.

Nimesulide was also found in the gut, showing that the dead birds had recently fed upon contaminated meat. Other drugs that cause the same problems, such as ketoprofen and aceclofenac, should also have their license withdrawn, said Green.

Chris Bowden, SAVE’s programme manager in India, said that the decline in vulture population has led to the massive increase in the feral dog population because of the easy availability of cattle carcasses. India has the highest incidence of rabies in the world and of the 20,000 rabies deaths each year, 96 percent are a result of dog bites. He said that it is vital to rule out every possibility that is harmful to the vulture.

“The Indian government has done a great job by approving the alternatives drug to diclofenac such as meloxicam that must be widely promoted among veterinarians and cattle owners,” he added.

Bowden said the recent ban of veterinary ketoprofen by the Bangladesh government earlier this year is a good example, and one that India should replicate for the veterinary products nimesulide, aceclofenac and ketoprofen as well as other drugs where the safety is not yet established.

“Such steps are essential if vultures are to have a future across Asia, and India has the biggest responsibility here,” he added.

Meanwhile, Vibhu Prakash of BNHS, who has been working in close coordination with the Indian government on conservation of vultures, told Mongabay-India that Bareilly-based Indian Veterinary Research of India (IVRI) has already been entrusted the task of conducting safety tests of four other veterinary drugs, including nimesulide. The other three are ibuprofen, anlagen and paracetamol.

If it is established during the course of safety testing that nimesulide is found dangerous for vultures, there are chances that it will be banned in India, he informed.
But according to Prakash, while the banning process will take its own course, there is a wider need to implement the existing regulation to prevent the misuse of already banned drugs.

The lack of qualified veterinarians and overuse of killer drugs that leaves a permanent trace of drugs inside cattle are other related problems, said Prakash.

“More than a ban, mass awareness is needed about the harmful impact on the vultures, conservation of which is ecologically very important,” he said, “We are in the process of finding more drugs that are safer for vultures. One such drug tolfenamic acid will soon be recommended for veterinary use, which, we believe, is equally effective as diclofenac, nimesulide and aceclofenac.”