Award-winning wildlife and nature photographer and RoundGlass ambassador Dhritiman Mukherjee talks about his philosophy, his travels and his craft.

When I call Dhritiman Mukherjee, one of India’s finest nature and wildlife photographers, he is spending the night on a small boat in the Sundarbans. He nonchalantly tells me that at 6.30 pm, it’s dark; he can see the moon and his boat is swaying gently to the tune of the wind. He has been camping for the last three nights in the Sundarbans to try and photograph the Bengal Tiger. He says that he has been to the Sundarbans over 60 times and hasn’t shot a single noteworthy picture of the Bengal Tiger there.

Dhritiman has dived in frigid Antarctic waters to photograph penguins, scaled Congolese mountains to get evocative images of the dwindling mountain gorillas, swum through icy Norwegian fjords to shoot orcas, gone diving with bull sharks in Fiji, been surrounded by crocodiles in the Mexican coast, and photographed almost every kind of predator in its natural habitat. Famously, he has also shot some of the most iconic pictures of snow leopards – one of the world’s most elusive creatures. For a photographer with such a staggering portfolio, this admission about the Bengal Tiger is both ironic and wonderful. “I think it’s because the jungle loves me,” he says, “It wants me to keep coming back.”

My conversation with him spans the next five days, where I call him but after a question or two, the patchy phone network dies on us. I always start our conversation with the same question: “Bagh dekhle?”. (Did you see a tiger?) “Na,” he laughs. Every single day. On the ninth day, when I finally finish my conversation with him, he is back in Kolkata. He still has no pictures of the Sundarban tiger.

There is something innately humbling about nature and Dhritiman understands and embodies this. He refuses to be dazzled by the adventurous, glamorous nature of his job. “I don’t do it for the adrenaline rush. I don’t endorse it at all,” he says. “I do it for science and for awareness.” His work has been featured in prestigious publications like National Geographic Traveller, Lonely Planet, BBC, The New York Times. He is the founder of Saevus, one of India’s leading wildlife and nature magazines, and the author of Magical Biodiversity of India along with renowned ornithologist Dr Asad Rahmani. He has won innumerable awards for his images; but it is no surprise that he is proudest of the Carl Zeiss Award for Conservation and the RBS Earth Heroes Award. “These mean more to me than the awards I have won for pictures. This makes me feel like I have actually made a difference,” he says.

He underplays the dangers and challenges involved in his job so deftly with his circuitous, philosophical and unexpected responses that you’d think you are talking to an academician, a scientist, or even a monk, certainly not a wildlife photographer. Refusing to give up, I badger him with the same questions in a hundred different ways. “But the predators are not dangerous if you respect their space,” he insists. He has shot all the five sharks that are considered “most dangerous” – the Great White, the Tiger Shark, the Bull Shark, the Oceanic White Tip and the Hammerhead. “These are the top five based on the number of human casualties,’ he reluctantly admits. “I have also photographed crocodiles, alligators, the anaconda, orca, leopard seals among others. And yes, they are predators. So one has to be careful.” He almost never wears any protective gear. “How would that work?” he asks. “I take really close shots. Some even 4-5 inches away. I can’t have a protective cage around me to do that.” When he was shooting American crocodiles in the shallow lagoons and mangrove forests in Banco Chinchorro off the coast of Mexico, he just had one safety diver who would stand with a long pole to push the crocodiles away in case something went wrong. “There were times I’d have two crocodiles in front of me and two behind,” he says. 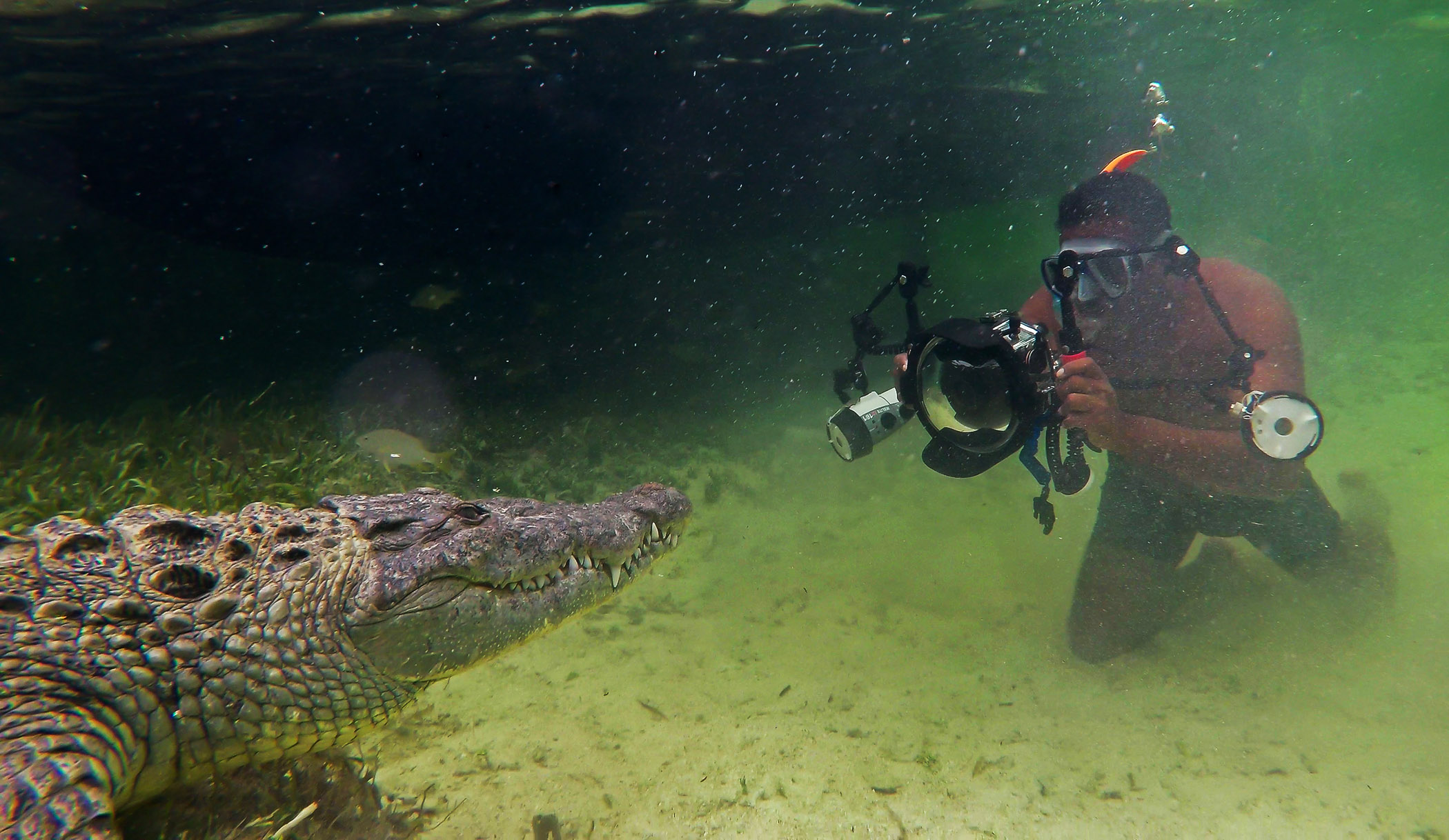 Shooting crocodiles at the Banco Chinchorro atoll reef off the coast of Mexico. A safety diver also stays in the water at all times, armed with a long pole, to push away the crocodiles in case of a problem.

His incredible natural history portfolio – rare pictures of the Bengal Florican, arguably the first ever shots of the Western Tragopan in the wild – are not a reflection of his luck. It’s a reflection of his persistence. “I undertook treks to the Himalayas 13 or 14 times to see the brown bear before I finally got pictures. But there is learning in every attempt, so I don’t think of them as futile,” he says.

Dhritiman is also probably the first Indian to have gone cold-water diving in Antarctica. He has also dived in the frozen Lake Baikal and the White Sea during winter. “There was a sheet of ice and I had gone in through a hole with a tether rope tied around my waist. That was to make sure I’d find my way back to the hole. If I lost the rope, there would be really very little chance of me finding the opening again because of the thick layer of ice,” he says about his experience in Baikal. Dhritiman says these things bereft of emotion or drama. It almost has a scientific precision to it.

For someone who doesn’t believe in highs or lows, success or failure, adventurous nature photography seems like an odd choice of profession. Then why does he do what he does? “I do it for that sense of astonishment, that feeling of wonder. When we experience something new, we have a pre-conceived image. When the experience surpasses that image, there is wonder. The one mental image that will stay with me forever is when I first saw the snow leopard in Spiti. It was just there in the snow and suddenly and majestically, it lifted its head. I was mesmerised.” 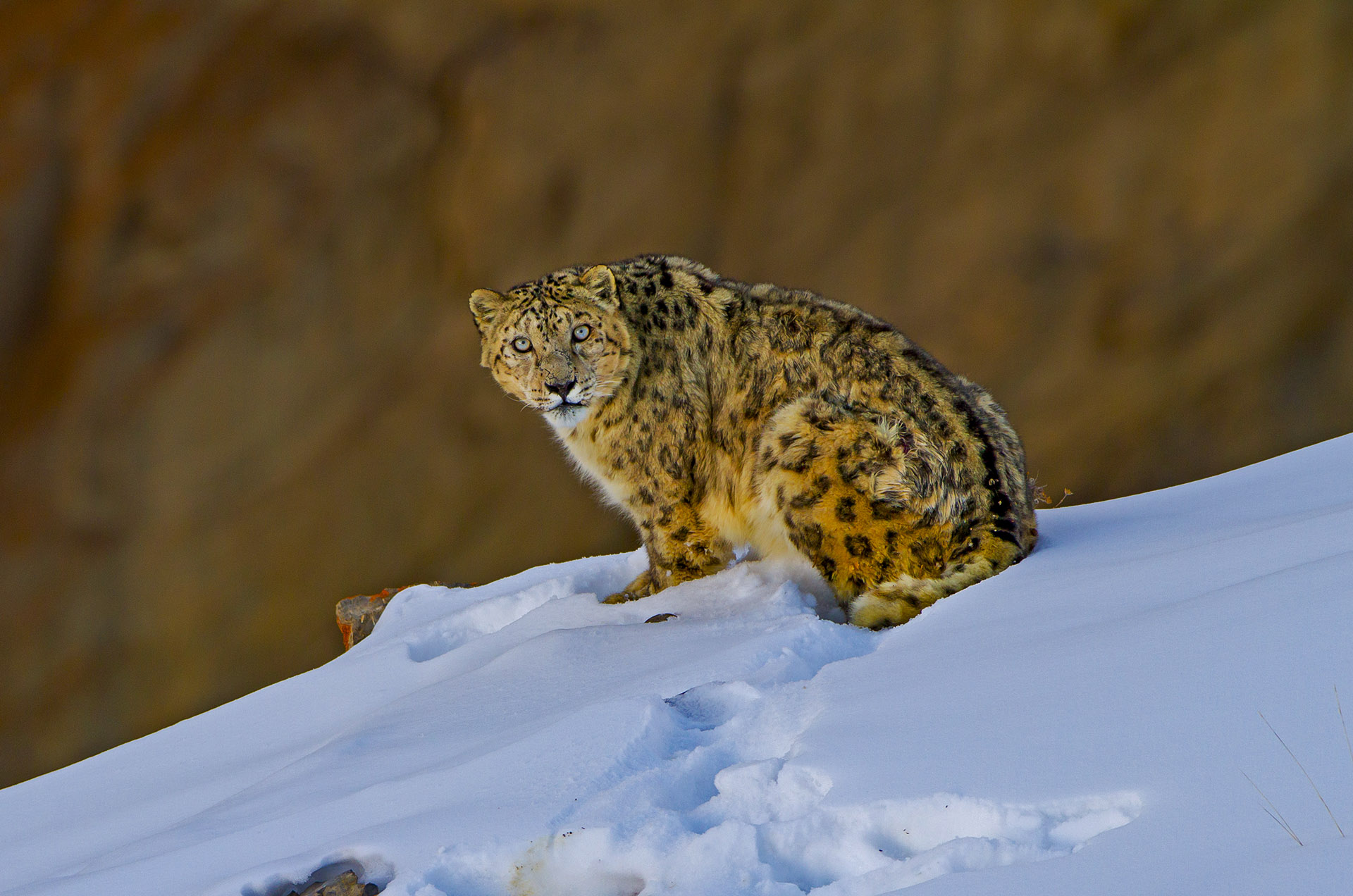 The journey from student who hated biology to custodian of biodiversity has been an incredible one for this modest photographer. “As cliched as it is, when you want something very badly, the universe does conspire to make it happen,” he says. Dhritiman grew up in Barasat, a suburb on the outskirts of Kolkata. When he decided he wanted to be a wildlife photographer, his extremely supportive parents willingly sold off a portion of their family home to help him buy his first equipment. “Then there are also people you meet unexpectedly – who change your life. For me that person was Moushumi Ghosh. She is a friend, a sister, a guardian, a second mother and hugely instrumental in me becoming a wildlife photographer.”

Dhritiman is now an ambassador for RoundGlass, which seeks to promote the “wellbeing of the planet”, a vision that resonates deeply with his own. It all started with a chance encounter with founder Sunny Singh. He was at first sceptical of any association with an organisation, because he was scared of losing his freedom. “But Sunny called me out of the blue one day and, without questions, volunteered to fund my travel to photograph nerpa seals in Baikal Lake, Siberia,” says Dhritiman. There has been no looking back, and since then Dhritiman has travelled to nine countries with RoundGlass.

The job of a nature photographer can be lonely. You are on the move almost all the time and you spend months alone in forests waiting patiently in a hide. “But you can be lonely even in a crowd,” he says. “It’s solitary, yes, not lonely. I love daydreaming. I don’t mind the seemingly endless wait for the right shot. The joy is in the journey.”

A sub-adult male tiger (left) in a territory battle with the legendary tigress Machli (right) at the Ranthambhore National Park in 2009. Dhritiman was one of the only photographers to get this award-winning shot. 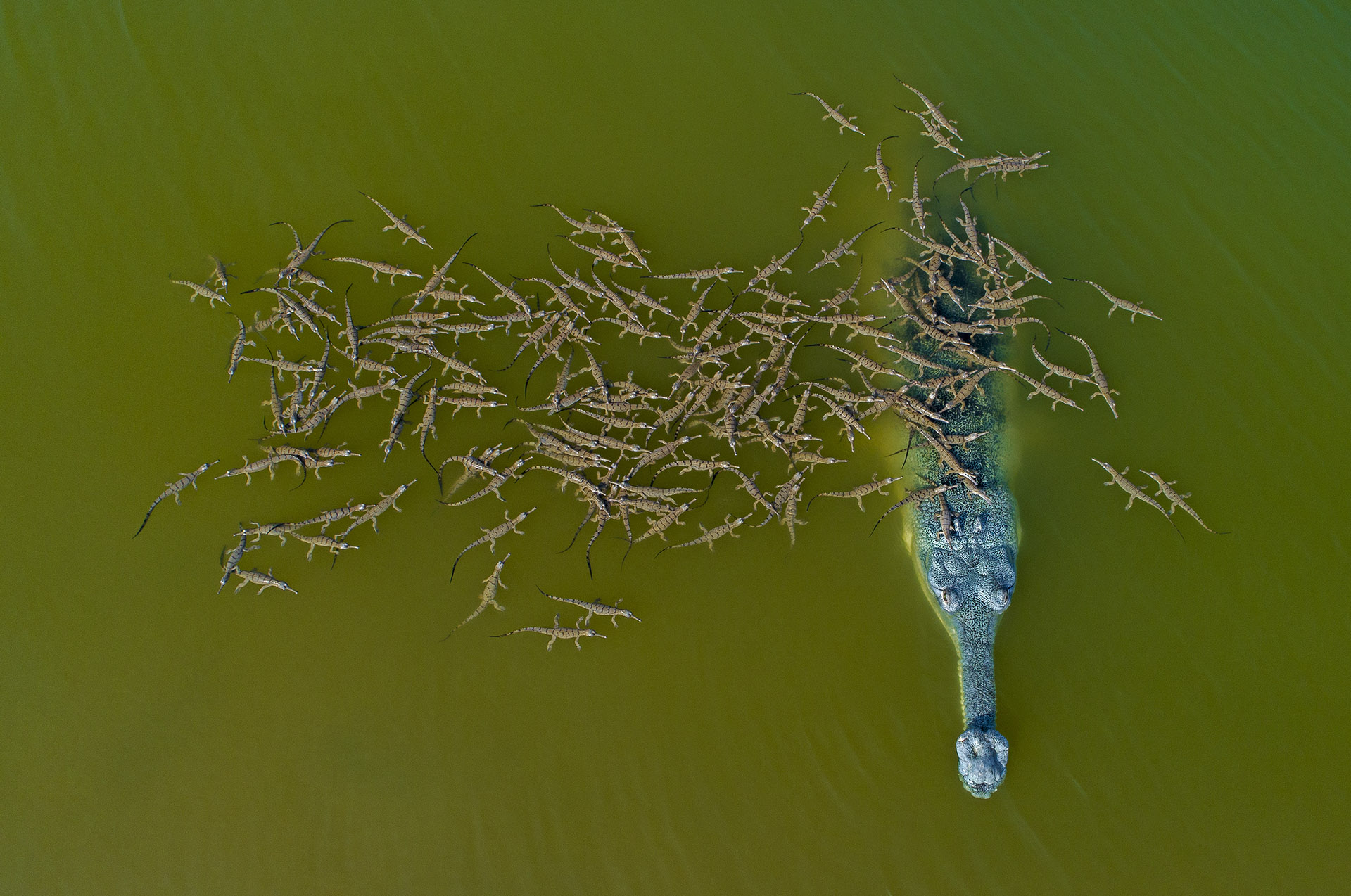 A male gharial ferries little hatchlings across a river in the Chambal Wildlife Sanctuary. Male gharials are known to be the most attentive fathers in the animal kingdom.

To a lot of people, his itinerant life – 300 days in the jungles and oceans – may seem like a dream. But I want to know what is home for him. “Home is at Barasat where Ma lives,” he says almost instantly. “Not the jungles?” I ask, surprised. “You spend most of your life there.” He mulls over this for a few seconds and says, “Yes, but whenever I feel the urge to go home, I leave immediately and go back to Barasat. It’s a wonderful life there – an inter-dependent community living. It’s not changed much from the time I grew up. I go back and life is the same again – I resolve petty quarrels among my neighbours, play cricket with the kids in the area, help friends book flight tickets. And it almost seems like I was never gone.”

And that’s when it dawns upon me – his sense of equilibrium, this zen-like attitude to life’s agonies and ecstasies – comes from this very rootedness.

is the editor-in-chief of RoundGlass Sustain. She has been a newspaper editor for a large part of her career. When she is not travelling, she is dreaming about her next holiday in the jungles.