The Snake and I: Decoding the Work of Gerry Martin

The animal tries to break free, but is caught, by deft unnaturally calm hands, and bagged. The awestruck villagers thank Gerry for removing the cobra from around their fields which they otherwise would have killed. Gerry knows that this is not the solution, taking a snake out of its home. Some other snake is bound to take its place and more importantly, the snake is part of that ecosystem. Reasoning with the villagers present there seems futile. “This shows how much work needs to be done to educate people. We have work to do,” he tells me in a whisper. It’s a good sign that people in conflict situations in Rathnapuri and neighbouring villages, in southwest Karnataka, are now calling Gerry and his team instead of killing the snakes. Locals now, often allow the team to release snakes that happen to enter their homes, right outside their home premises, thereby minimising relocation of snakes which is rather harmful for these animals. It is the culmination of years of Gerry’s hard work with communities, educating them about snakes and how to co-exist with them. But this is just the tip of the iceberg when it comes to his efforts and contribution to wildlife.

Although Gerry Martin may be happiest in the company of reptiles, all animals in need of rescue, rehabilitation, or care find themselves welcome at his farm. Photo: Sandesh Kadur

Gerry Martin is a name to reckon with in the wildlife community, both nationally and internationally. His exemplar contribution to herpetological conservation is mind-boggling. Not one to mince words or rest on past laurels, Gerry Martin is as pragmatic as his approach towards conservation. “Conservation should not be treated as a cause or an act of altruism. It should become a way of life,” he states matter-of-factly.

It all started for Gerry when he first held a red sand boa at Sundervan, a reptile park in Ahmedabad, when he was 4-5 years-old. As a child he spent most of his time outdoors, trying to satiate his curiosity about all things natural. Reptiles were special to him. In 1995, when he was 18, he quit school to knock on the doors of the Madras Crocodile Bank Trust and Centre for Herpetology near Chennai, set up by the legendary herpetologist Romulus Whitaker. He succeeded in convincing Rom to give him a chance and Gerry’s fate was sealed.

Five years later, in 2000, Gerry was selected as India’s first National Geographic Channel Adventurer. Since then, he has gone on to work on television series such as Wild Things by Paramount Pictures, BBC’s Land of the Tiger, National Geographic’s Thunder Dragons, Crocodile Chronicles and Snake Wranglers.

By 2005 Gerry quit working in the media to make an impact at the grassroots. He began training educationists, facilitated experiential learning, created curriculum for school children, all part of his mammoth endeavour to address human-snake conflict. Eventually, in 2010, The Gerry Martin Project was born. 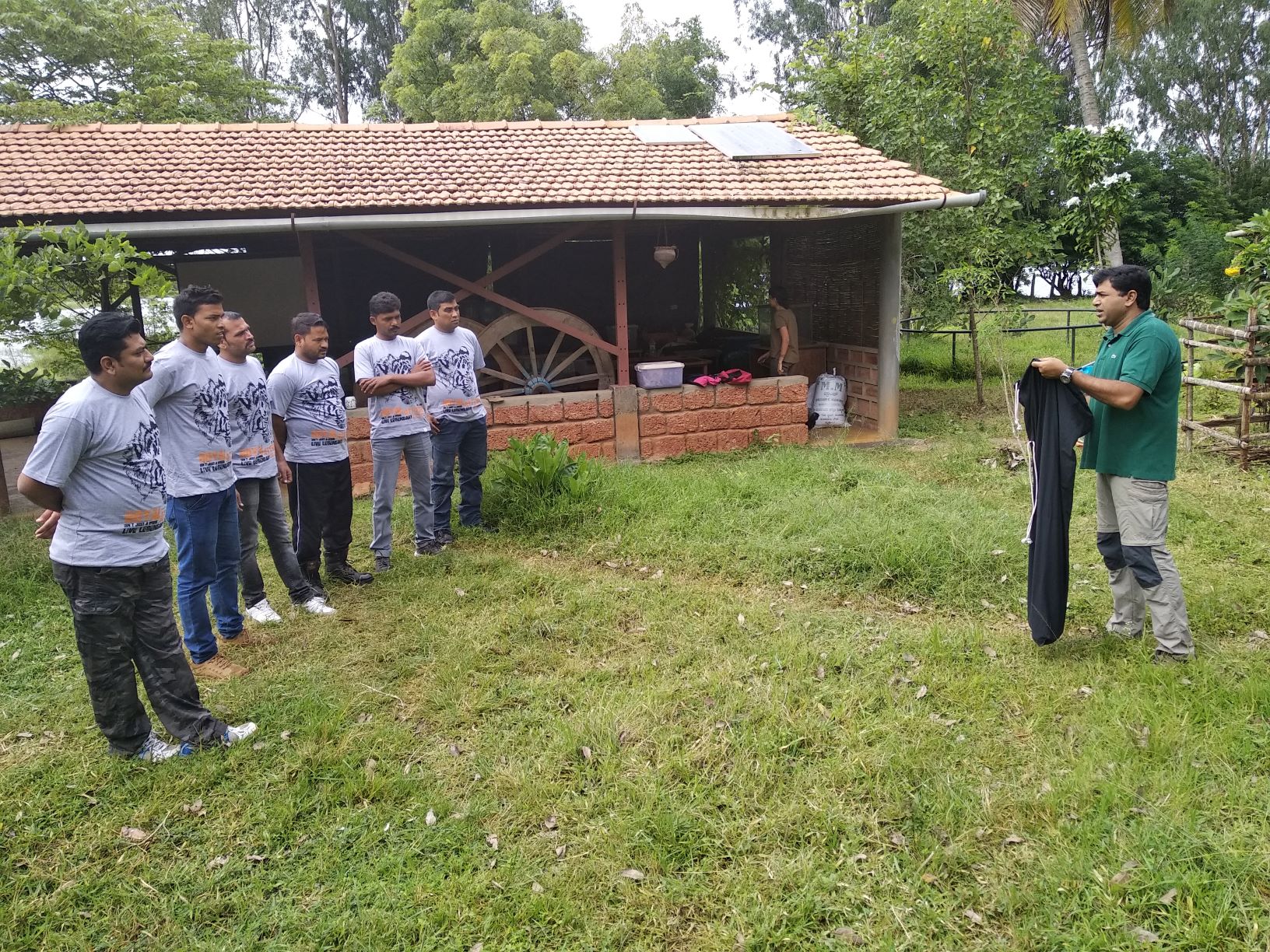 Gerry demonstrates the nuances of snake rescue to a team from the Madhya Pradesh Forest Department in Hunsur, Karnataka, at TGMP Conservation and Education Centre. Photo: Maitreyee Mujumdar

The idea behind The Gerry Martin Project (TGMP) was to bring all of Gerry’s conservation and education work under one umbrella by enabling a committed team of like-minded people. Gerry now operates from the TGMP base in the village of Rathnapuri, Karnataka, about 10 km from Nagarhole Tiger Reserve. TGMP focuses on human-wildlife conflict mitigation, primarily human-snake conflict. This is done through rural education and working towards addressing various other conservation and socio-economic issues in the rural landscape.

‘Logic’ is the operative word with Gerry. And it is reflected in the exhaustive work he does. “We are tackling this [human-snake conflict] issue at numerous levels in one district so as to develop a model that can be replicated in other locations. Our work involves ecological, socio-economic, and epidemiological research, educational outreach, effecting practices, training of forest department [personnel], rescuers and medical personnel, public awareness, and community-level interventions.”

Networking is Gerry’s strength. Over the years his commendable work and zeal has attracted prominent snake conservationists and researchers from around the world. This he has put to great use, establishing solid collaborations that have allowed for exceptional work to be done in this field. TGMP farm, his home, is a grand central station for researchers, students, conservationists, enthusiasts, and volunteers, and is an exciting place to be. His love for animals is also expressed through taking in animals that need rescuing, rehabilitation, and care.

Containing the serious, yet overlooked problem of snakebites in India (nearly 50,000 deaths occur in the country each year) is Gerry’s mission. To this end, The Gerry Martin Project is presently working on studying one of the ‘big four’ venomous snakes of India, the Russell’s viper, using radio telemetry. “This research on Russell’s vipers will help us not only understand these magnificent snakes better, but will more importantly shed light on the human-snake dynamics and the ecology of the snake in a human-dominated landscape. This will help us draw up more scientific and holistic measures for conflict mitigation and conservation,” explains Gerry. An ambitious serpentarium is also in the works at the TGMP base to provide WHO standard quality venom for effective and sufficient anti-venom production in the country. Apart from this, TGMP is already involved with the Indian Institute of Science, Bangalore, in extensive snake venom research. Gerry also continues to work with his long standing mentor and friend, Rom Whitaker on understanding different venoms and snakebites around the country.

And if this seems like way too many things for one person to be spearheading, Gerry assures us that he is nowhere near the end of ideas or dreams for what needs to be done. “I have found my life’s purpose and no amount of work I do to achieve this is ever going to be too much or enough,” he says. 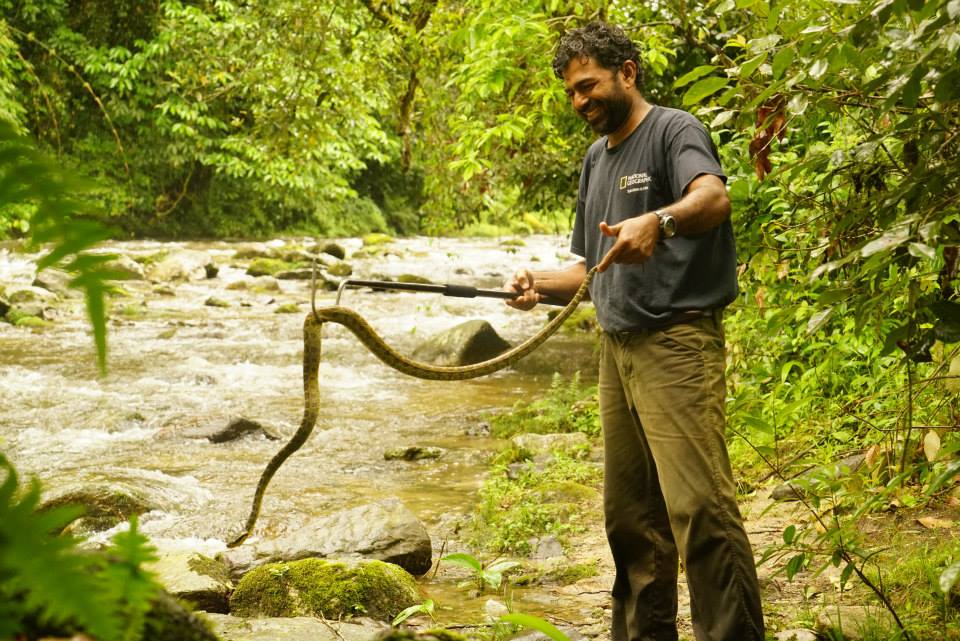 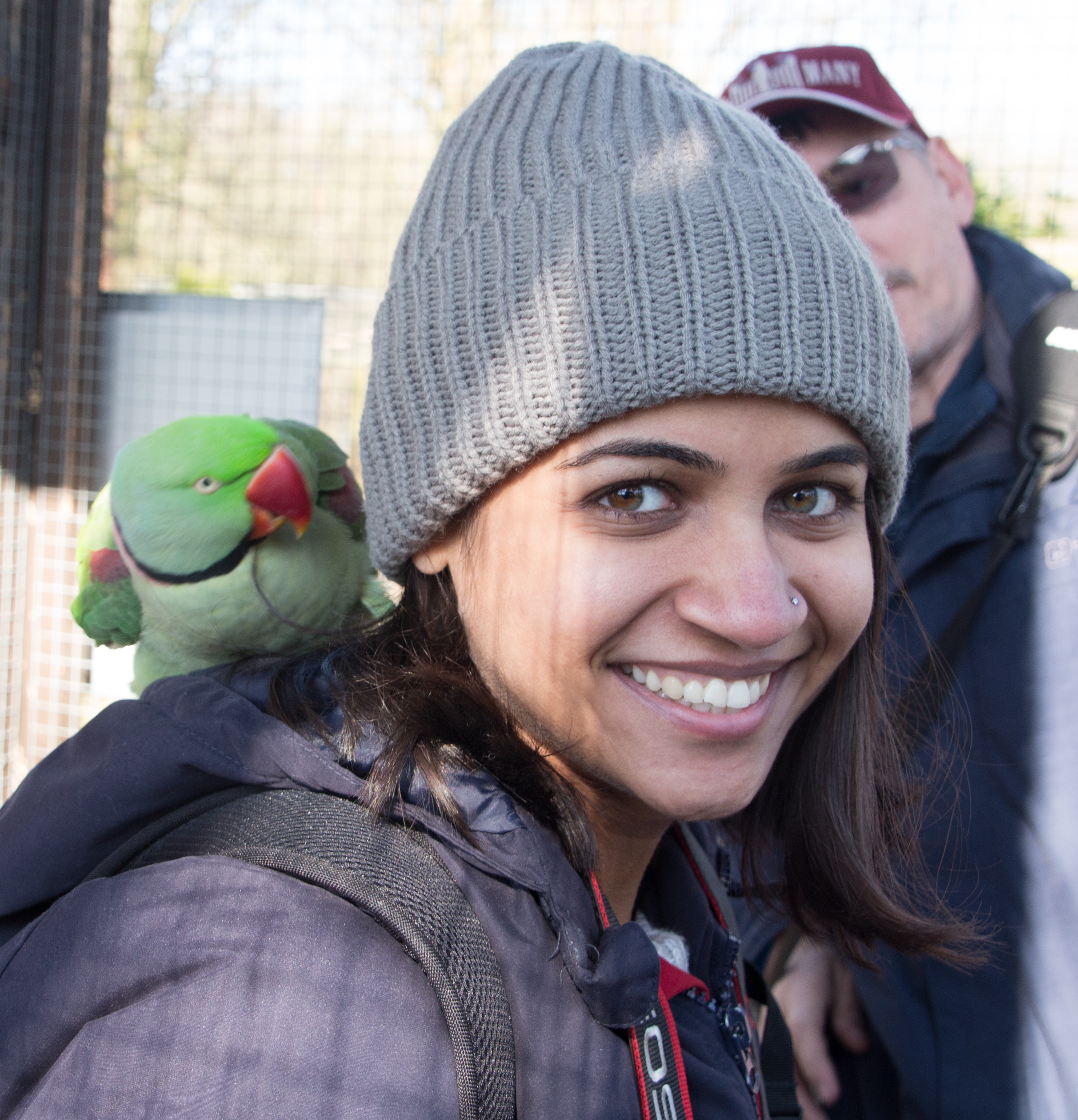 is a conservationist, science communicator and conservation writer. She works with the Wildlife Conservation Trust and has previously worked with Sanctuary Asia magazine and The Gerry Martin Project.