Going with the Flow: Exploring India’s River Systems, One Step at a Time

Since December 2014, Siddharth Agarwal has walked the total length of the Ganga and Ken rivers, a total of 3,700 km, and continues to navigate other landscapes and river systems. His goal? To create publicly accessible records of these spaces and people — ecological, anthropogenic, hydrological — that can be built over time. “We keep complaining about not having records for cultures, for landscapes, for wildlife — and then establish our complicity in destruction by choosing not to engage,” he says.

Siddharth is part of a movement that is attempting to document the country before it is rendered unrecognisable by the effects of climate change, construction, and mining. Environmentalists are studying forests, coasts, oceans, and cities; in a way, they are preparing for battle, with knowledge being the ace in the deck.

A rainy day at Raneh Falls, Madhya Pradesh, one of many stops Siddharth made along the Ken River. This is an incredible natural history site, with rocks that are over a billion years old. Photo: Siddharth Agarwal. Siddharth Agarwal walks along the Ken river, a major source of water in the Bundelkhand region of Central India. Cover photo: Shridhar Sudhir.

Traversing a landscape slowly is not new to him. Siddharth cycled across India with a friend in 2014, giving rise to the desire to make the process of collecting stories even more intimate — by walking. This thought led to a movement, which he now documents under the organisational name of Veditum. “The walk is a celebration of one’s freedom, an example of the ability to inspire action and to initiate change,” writes Siddharth on Veditum’s website. “Something as simple as walking led us to the biggest civil disobedience movement in India.”

While Siddharth’s act is not one of direct defiance, it’s definitely a quest for information. He describes the journey as meditative, one that allowed for observation and reflection. “Locals asked me questions as I walked by their villages, towns, and that was possible only because I was on foot. By their own admission, they would not have been comfortable with starting a dialogue had I been in a vehicle. Walking dissolved social boundaries to allow an exchange of information.”

The stories, diligently being updated at Veditum and his own Instagram (fittingly called @dreamersid), are snippets that reveal slices of this country — cassia leaves pressed on fresh asphalt to save car tyres from hot tar in Bundelkhand, cattle grazing along the Ken, morning light touching canopies in Panna, and people telling stories of the rivers. These stories worried him because they revealed lapses in information in those who lived around the rivers, about the changes that on-going/ proposed projects/ policies were going to bring to their lives.

Interviews are a large part of Siddharth’s journey. Here he speaks with village folk on the dry bed of the River Ken, where the water situation was dismal. Photo: Bhim Singh Rawat, SANDRP

“For example, Veditum’s Moving Upstream project documents a multi-purpose irrigation project in Madhya Pradesh which claims no loss of agricultural land and property in the dam submergence area. I’ve spent time with those actually losing both,” he reveals. “The same project also displaces other people from their houses, while awarding compensation to a third party. This severance of people from their lands is a battle being fought constantly by citizens all over the country.”

Bhim Rawat from SANDRP (South Asia Network on Dams, Rivers, and People) observing a pool created in the river by an irrigation project. On paper, this irrigation project has no negative social or environmental impact. Reality bears no semblance to these documents.Photo: Siddharth Agarwal

In February 2019, Agarwal joined journalist Paul Salopek on one leg of his “Out of Eden” journey, a 33,000-kilometre walk that retraces the migration of the human race across the planet. Salopek’s insightful pieces on the National Geographic website has brought growing interest in slow journalism, and brought Siddharth’s work a global audience. He started to receive more applications for the fellowships that allowed people to engage with Veditum’s projects. It allowed people to come and document these journeys in their own way, through their lens, contributing to the ever-expanding repository of information of India’s rivers. His dream is to especially engage young minds in this activity and to be ambassadors of storytelling and information, bringing in their own expertise and fresh perspectives that he might have missed.

It’s all hands on deck, clearly, which is not surprising. While logistically, he and his growing group of walkers get by on people’s generosity and curiosity (albeit not without suspicion), the sheer scale of what he’s undertaken is daunting. More than the practical difficulties, which are considerable, it is the nature of the discoveries he is making that brings up the question of safety. Siddharth has been gathering documentation that might rub some people the wrong way, to put it lightly.

Sand is one of the most important materials of our times, but few people are talking about the less-than-ideal way it’s being mined. “We’ve been extracting much more sand from riverbanks and riverbeds than can be replenished by the river every year,” he says. “Combined with the use of heavy machinery that mines indiscriminately, with no concern for river ecology or habitats of animals — the whole riverine ecosystem collapses locally. This is visible to us annually when our rivers flood (also due to rampant construction on floodplains), or each time the water pump makes an angry noise on having to draw water from a fast falling aquifer, which are underground water reservoirs.”

The deep scars of industrial-level sand mining on the River Sone in Bihar, visible clearly even from the height of a commercial flight. Photo: Siddhartha Agarwal

Walking often brings one close to injustices that are otherwise missed in our fast-paced lives. One such issue is the large-scale sand-mining operations that are destroying the ecology of the Betwa River. Photo: Siddharth Agarwal

So what keeps this man, who actually studied BTech and MTech in Aerospace Engineering from IIT Kharagpur, on the road? “It is sometimes difficult to recognise myself when I look back. I either cringe or laugh at my own naivety,” he says. “I would often see my intent of collecting stories being compromised at the altar of numbers, of milestones, and expectations. Multiplication — (average speeds) x (number of hours spent walking) — had become a common feature in my head. It took a few months of walking, maybe a 1,000 km, to start unlearning this, to counter this idea with the zeal for stories.”

The fellows for the walk along River Betwa in North India have been selected and Siddharth is already hard at work to plan the next. While crowd funding helped kick-start the Ganga walk, and partnerships — with Out of Eden, South Asia Network on Dams, Rivers & People — have helped split the burden, he continues to look to for environmental, media organisations, and the wider public for future collaborations. Siddharth will need all the help he can get; this is a project like no other. And he’s hopeful about the future: “Apart from the usual worry about sustenance, I’m in for the long haul. I will stake it out as long as I can before breaking down,” he says.

Learn more about Siddharth’s work and the stories from the walks at www.veditum.org. 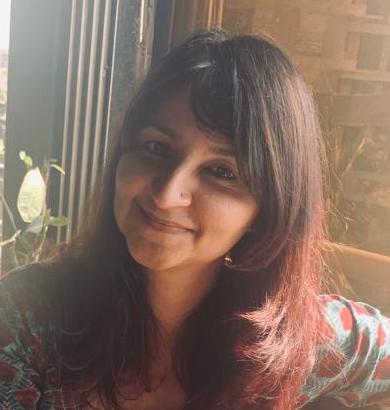 is a writer and editor based in Mumbai, creating articles and fiction about science, wildlife, and travel. She is also founder at Snaggletooth, a nature-inspired merchandise brand.