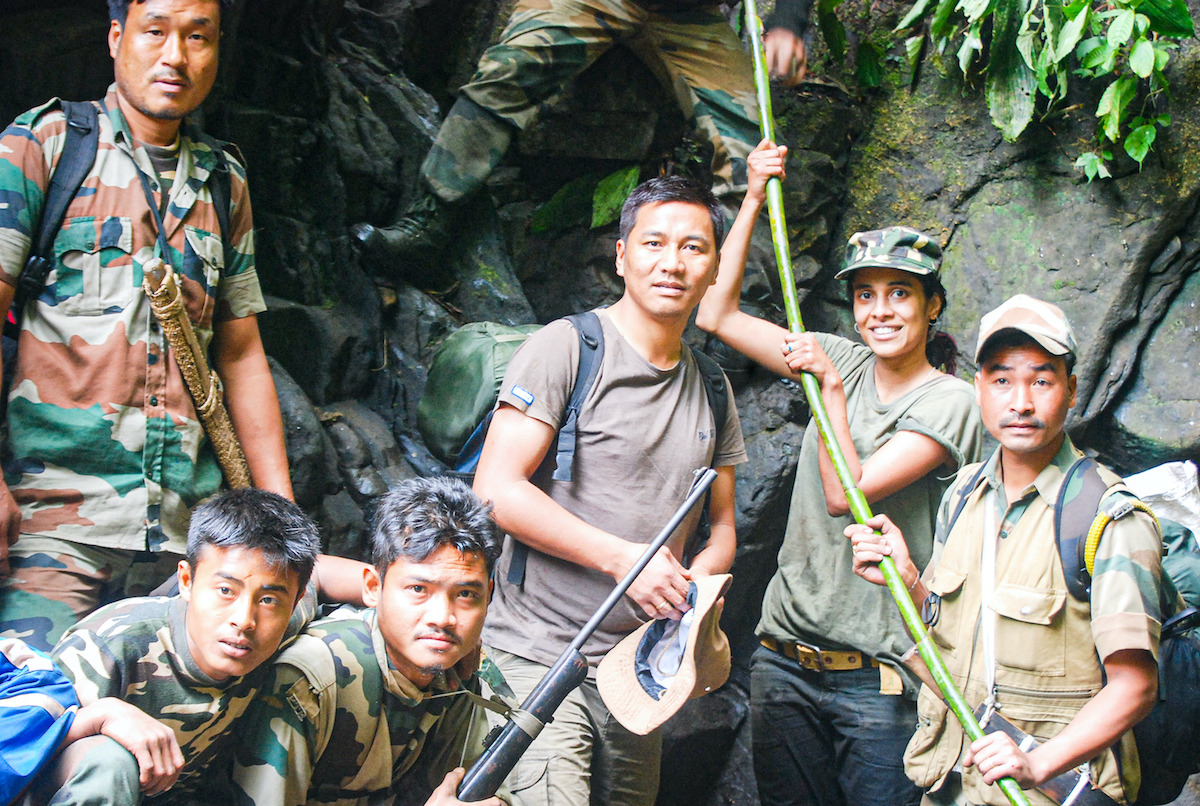 Goa, with its beaches, greenery, and susegad, isn’t a bad place to live one’s last days. When wildlife biologist Nandini Velho who is in her mid-30s and Goan, contemplates her mortality during our conversation at the time of the global pandemic of 2020, she chooses otherwise. “If I had only 48 hours left, and I was healthy and able, I would go to Arunachal Pradesh,” she says. It’s where her beloved Pakke Tiger Reserve and Eaglenest Wildlife Sanctuary are, at the foothills of the Eastern Himalayas. It’s not the tigers, elephants, and rare birds of the Arunachal jungles that she is most drawn to. “I really enjoy plants and the interactions that happen in the forest between plants and animals… like which bird and which animal eats which fruit,” she says. “Plants give you stillness. Going into a forest, the first thing you are interacting with, without even thinking about it, is a plant. You can search for a tiger or a frog, but you are actively doing that… plants are the background, a reminder of the forest in its most essential form.”

Nandini’s close association with the biodiverse Eaglenest Wildlife Sanctuary in Arunachal Pradesh led her to work on the Eaglenest Memory Project, a book based on interviews with communities living near the sanctuary. Photo: Dhritiman Mukherjee
Cover photo: Nandini Velho on an expedition with the forest department staff of Pakke Tiger Reserve, Arunachal Pradesh.
Cover photo: Nandini Velho

Velho was first smitten by Arunachal on a group trip to Eaglenest at the end of her BSc in Life Sciences from St. Xavier’s College, Mumbai. She picked Namdapha National Park at the eastern extremity of the state as the study site for her Master’s degree at the National Centre for Biological Sciences, Bengaluru, 3,500 km away. The committee reviewing her proposal said it didn’t make sense; she would have to do fieldwork at night, in the jungle, three days walking from the nearest base. Undeterred, she moved her sights to Pakke, also in Arunachal, 3,250 km from Bengaluru.

On her first trip, in 2007, she arrived with a hand-drawn map and a few names of local contacts. The Bodoland movement in neighbouring Assam was then on. Pakke lies on the north bank of the Brahmaputra River, bordering Assam. An armed militant group, the National Democratic Front of Bodoland, had a presence in the area. “There was organised extortion, kidnapping…once people were pulled off a bus and shot…several of the teachers I knew died. I have unfortunately seen a lot of what has happened there,” she says. It dramatically changed her perception of danger. “You might think that’s crazy or extremely brave, but it’s easy to forget that people have to negotiate that reality every day,” she says. She learnt to negotiate that everyday reality. She has seen the place change. “Today if you go to that same area, you can very well forget that part of the story,” she says. Nature-based tourism is — or at least, was, until the corona virus pandemic struck — a reality.

Pakke Tiger Reserve is Nandini’s second home. A proposed highway cutting through the reserve is one of the many ecologically ill-advised projects that she is currently opposing. Photo courtesy: Nandini Velho

The end of insurgency starting 2009 has been a mixed blessing for the jungles of Northeast India. The new things seen there now include a slew of dam and highway projects, such as a hydroelectric power project for which 2.7 lakh trees will be felled in the Dibang Valley of Arunachal. Velho says it’s not just the battle surrounding that which has been keeping her busy; there’s also a proposed highway through the Pakke Tiger Reserve that a local activist brought to their notice. If built, this highway will cut through vital tiger and elephant corridors and destroy around 160 hectares of forest.

The good news is that many local youths are increasingly concerned about the environmental costs of such projects. A decade or two ago those concerns were less widespread. Hunting was more common. Velho however says, “If you ask me, is there a lot of hunting in Arunachal, I would not want to say yes or no.” Her equivocation, at least in part, is due to changing attitudes among members of local tribes. “In Pakke, for instance, people used to say the Nyishi (a local tribe) hunt a lot, but today they are at the forefront of changing their hornbill beaks into fibreglass,” says Velho. The beak of the great hornbill, the state bird of Arunachal Pradesh, was a part of the traditional headgear of the Nyishi, with the result that its numbers were dwindling until many Nyishi modified their traditions and, in recent years, switched to becoming protectors of the bird.

Nandini understands the importance of involving local communities in conservation. Her persistent efforts have ensured that the local community today plays a critical role in protecting both forests beloved to her, Pakke and Eaglenest.
Photo courtesy: Nandini Velho

The changes in the past 10 years have been dramatic, says Velho. In Pakke, there is now an active protection force of 200 people drawn almost entirely from the local community. Many forest department staff are also locals. “Eaglenest today is a community reserve. Boys and girls from the local community protect the species and work in conjunction with the forest department,” she says.

For the locals, the turn towards conservation started with the fortuitous discovery in 2006 of a new bird species, not known to exist anywhere else, called the bugun liocichla. An astrophysicist with a passion for birds, Raman Athreya, was the lucky finder. Since then, a community reserve has come up adjacent to Eaglenest on the traditional community lands of the Bugun tribe after whom the bird is named.

Velho’s works include a book with the bird on its cover called the The Eaglenest Memory Project. It was based on interviews with members of the Bugun and Sherdukpen tribes. Velho and illustrator Anjora Noronha gave the book’s copyright to residents of the Singchung Bugun Community Reserve. She has also been involved with a group called GreenHub in Tezpur, Assam, to collaborate with local filmmakers on “merging science with stories and telling those stories in an analytical framework of sorts”. Her effort is to “tell stories as they are”. Most stories, she says, “are told through the lens of a researcher from elsewhere. Over the course of my work, I have actively tried to mentor researchers from around the protected area.”

Nandini studied the conservation challenges of wet tropical nature reserves in India’s northeast for her doctorate degree. She is seen here being felicitated by forest department staff of Pakke Tiger Reserve after she submitted her PhD thesis.
Photo courtesy: Nandini Velho

Her obvious concern and affection for the positions and views of local tribes makes her an unusual conservationist who sticks up for humans as much as animals, even in cases of humans killing animals. It so happened that we were talking on a day when news had come of a bear being killed by locals in Meghalaya. Velho, without specifically referring to this case, says, “Even if you look at one animal, say a bear, you’ll find that the skin is used, the gall bladder is used, and so on.” The question she asks rhetorically is, is such hunting of animals sustainable, or not?

There’s a new threat to sustainability in 2020 thanks to the coronavirus crisis. “People who had nature-based tourism livelihoods have lost their jobs,” says Velho. Nobody prioritises forests, she says. “We are talking a lot about relief but we are yet to see any relief for communities in remote areas who might have lost their livelihoods related to tourism.” The danger is that this may lead to an increase in hunting, logging, mining and fishing. The fates of forests and their non-human inhabitants depend, more than ever, on the humans who live around them, and on the powerful humans who sign papers in distant capitals that determine the destinies of lakhs of trees and entire species. 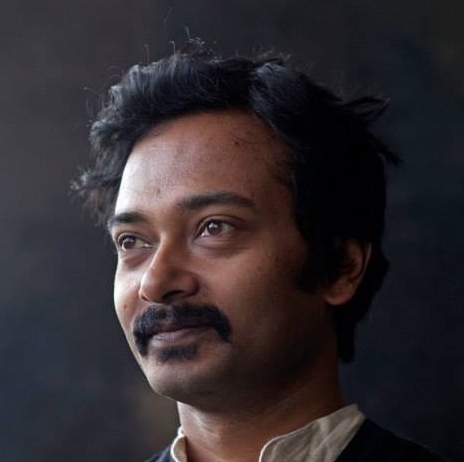 is a journalist and author.