Tulasi Gowda: How She Brings Forests to Life

In the last 50 years, 83-year-old Gowda has worked at the forest department’s nursery in Honnalli village in Karnataka, where she has planted hundreds of thousands of trees and helped regenerate many indigenous varieties 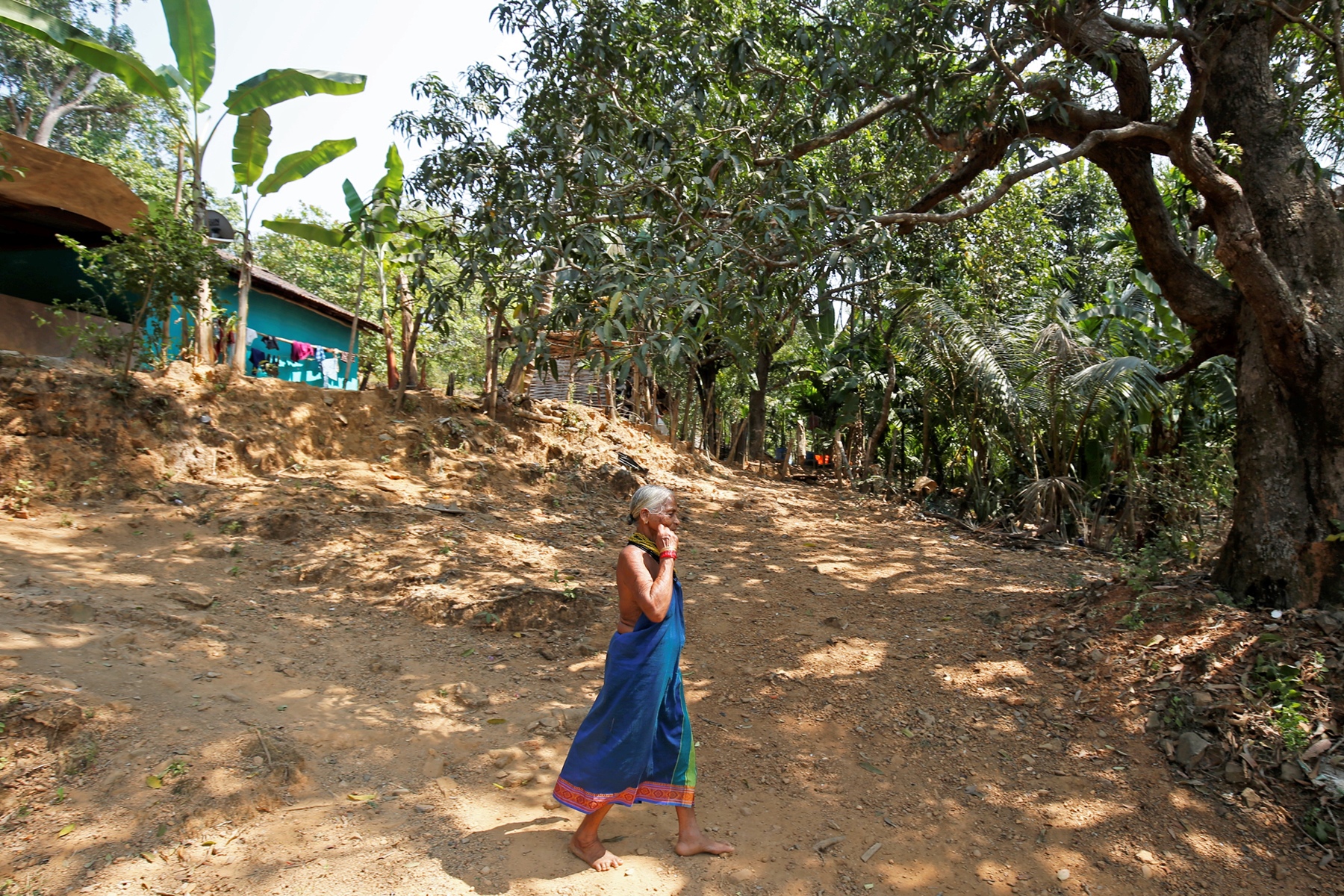 For half a century, Tulasi Gowda’s life revolved around the saplings that she nurtured with much care and love at the Agasur nursery of the forest department as part of their ongoing afforestation efforts in the Mastikatta range of Honnalli village in Uttara Kannada district of Karnataka. Today, 12 years after her retirement as an employee of the forest department, she has, quite effortlessly, put that behind to be the loving ajji (grandmother) to her three young great-grandchildren. “I’m retired, so, I don’t go to the nursery unless I find a rare seed or a sapling. Then, I take it there,” she said. When the news of her receiving one of India’s highest civilian awards, Padma Shri, came to her humble home, the 83-year-old matriarch was playing with the youngest member of her family of nine, eight-month-old Manveet.

It is said that Tulasi ajji (as she is known lovingly in her village) has unparalleled knowledge of silviculture of the Indian forest and trees which won this barefoot ecologist the Indira Priyadarshini Vrukshamitra Award in 1986 and Kannada Rajyotsava Award in 1999. More than a dozen awards and recognition later, the Padma Shri has come as value addition. Gowda, however, said that she is very happy that she got the Padma Shri, but she “values the forests and trees more”.

While the statement affirms her priorities, it also becomes clear that name and fame have not altered the once daily wager of Agasur nursery who impressed the then conservator of forests A.N. Yellappa Reddy with her dedication to work and her knowledge of the wild flora. So reticent that she is, getting to know her is tough ask; she lets you into her world with a lot of caution and very little interest. “When I started working in the department, we would grow eucalyptus, saguwani (Tectona grandis), sheesham (Dalbergia latifolia), honne (Pterocarpus marsupium), mathi (Terminalia elliptica), etc. I have also planted mangoes and jackfruit,” she trails off.

With Gowda’s Padma Shri, the Halakki Vokkalu tribe she belongs to enjoys a rare recognition of having two Padma Shris in the community. Folk singer Sukri Bommagowda had received the award in 2016. A paper titled “Life cycle rituals of Halakki Vokkalu community of Uttar Kannada district” published in the International Journal of Current Research in 2017 says that members of the Halakki Vokkalu community are known as the aboriginals of Uttara Kannada district in Karnataka, mainly distributed in four taluks of Ankola, Kumta, Karwar, and Honnavar.

To researchers and fellow ecologists who know her work, Gowda is the “encyclopaedia of forest”. To the members of the Halakki Vokkalu community, she’s a “vruksha devata” (the goddess of trees). It’s through the words of those who know her work that we get a peek into her contribution as a barefoot ecologist.

Yellappa Reddy, the retired IFS officer who noticed her potential and pushed her to the limelight, said: “I met Tulasi Gowda after putting in more than 28 years of service as an Indian forest service official trained at the Indian Forest Academy. My favourite subject during that period was the silviculture of Indian trees that includes everything involved in the growing and cultivation of trees, its ecological and economic value, its utility, etc. I had noticed that more than 90 percent of native Indian trees have regeneration problems despite much research being conducted on them. Gowda could identify a mother tree of any species anywhere in the forest.

Regeneration is best done with the seeds from the mother tree. For example, she knew the timing of its flowering, germination and the best time to collect the seeds from the mother tree of a plant, like say, Hopea parviflora (Bogi Mara in Kannada).” He said her understanding of the language of the forest and the trees and the techniques like germination, flowering, etc is fascinating.

Nagaraja Gowda of Uttara Kannada District Halakki Vokkalu Naukarara Sangha that works for the welfare of the Halakki tribe said Tulasi is the pride of their community. “She has invaluable knowledge of the forest and medicinal plants. Nobody has documented it and she is not a good communicator. So, it is difficult to understand her contribution unless you’ve seen her work,” he said.

Reddy concurs. “She can identify more than 300 medicinal plants. The Halakki tribe is known for their knowledge of medicinal plants which they mostly utilise to prevent diseases than for cure. These are knowledge and tradition passed down through generations and Tulasi is a holder of it,” he said.

But Tulasi ajji has no airs about her abilities. To a simple question on how to grow a sapling, you get an equally simple answer. “Each species has a different method to grow. We collect seeds, then dry it before planting. Some seeds of trees like mathi drop off by themselves which we would collect and plant them in select plots (in the nursery) and we would nurture them and plant them in the forest again. Mathi seeds are best planted in April or May. The seeds of honne, nandi, tamarind, gooseberry are all sown directly. It is only in April or May that we can find the seeds of  bamboo. We would get the seeds, put it in a container with water and leave it in for four days. We would then scrub it until it turns white and then we would plant it for about 20-25 days. Then they would start sprouting,” she said.

Tulasi ajji has lost count of the number of trees and plants she has grown. “Lakhs, maybe crores. Now, I can’t even find them,” she said.

Born in an economically backward home, Gowda lost her father when she was two or three (she doesn’t know it well). Her mother started working at the nursery; Gowda joined hands later. She was married off at the age of 10 or 12 (which too she doesn’t quite know), she lost her husband in her 50s. Gowda worked as a daily wage worker for 35 years at the nursery before she was given a permanent job in recognition of her commendable work towards conservation. She served another 15 years at the nursery before retiring 12 years ago, at the age of 70. During this time she made invaluable contributions to the forest department’s afforestation efforts with her traditional knowledge of the land.

She is a classic example to the  fact that utilising indigenous peoples’ knowledge and management skill of natural resources will go a long way in protecting biodiversity and combating climate change. “We need forests. Without forests, there is no water, no crops, the sun becomes unbearably hot. If forests thrive, the state would as well,” Gowda said.

The story was first published in Mongabay India.

brings you news and inspiration from nature's frontline.