Leaving behind a career in alternative energy, he has chosen to dedicate his life to rewilding the depleted shola grasslands in the Nilgiris with native trees, shrubs and grasses 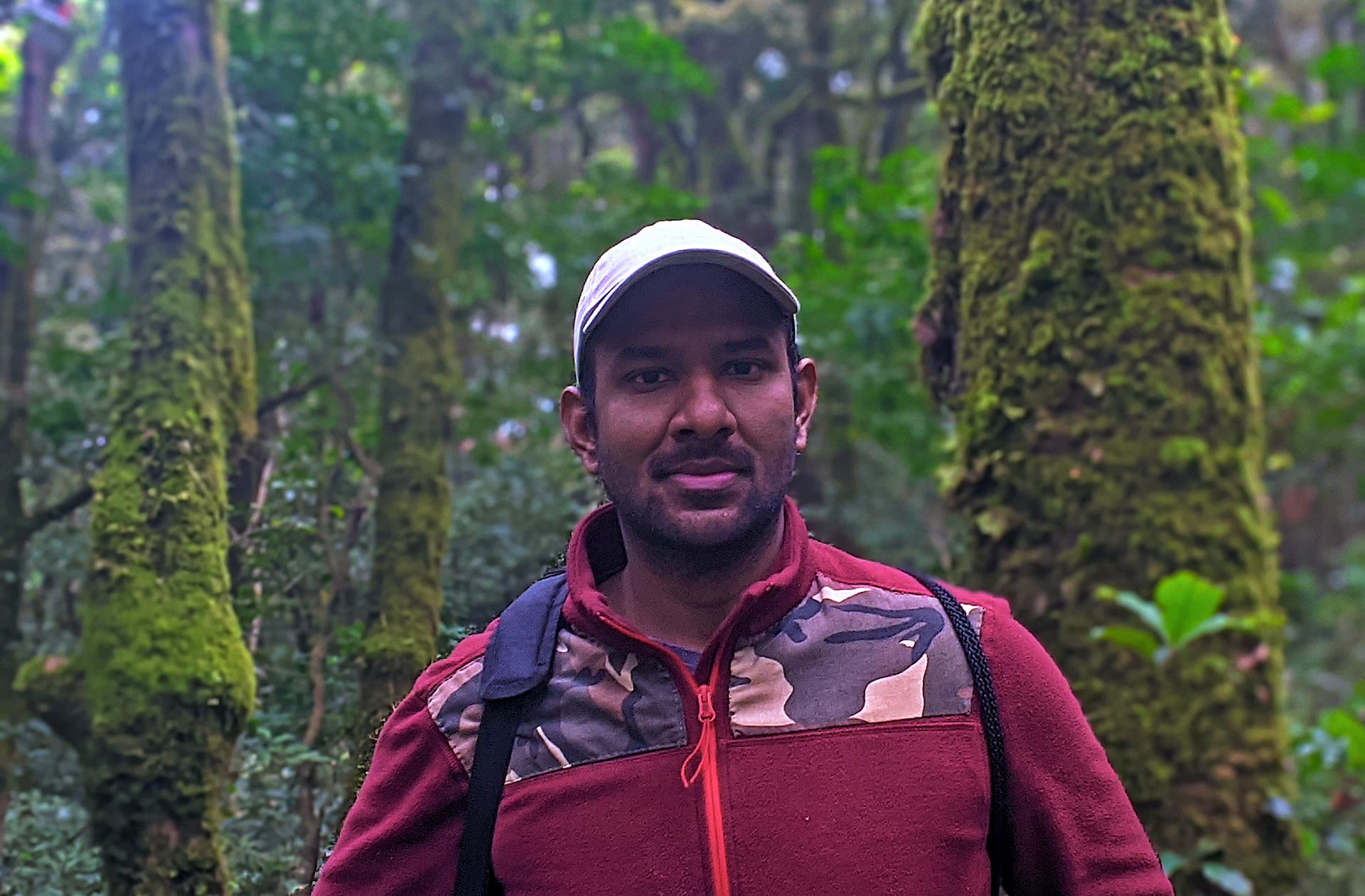 “This doesn’t belong here…” Vasanth tells me as we stop at a bend along a deeply overgrown path. My senses are awash in the experience of walking in a pristine forest now aglow in every hue of green the eyes can perceive.

“Invasive…,” he says, uprooting a cluster of cestrum plants (Cestrum aurantiacum) standing proudly in the humus.

We walk on. “See that?” he points toward a dense growth carpeting the slopes beside. Snaking, gnarled stems and trunks project sideways and upward in infinite tangles. “Wattle. Nothing can get through that. It’s like a literal wall… another invasive.” He shrugs.

Further, I am introduced to a host of flora that “don’t belong here”. One among them are the eucalyptus trees, which loom in the mist above like a ghostly cathedral. My notion of having walked in a dense, rich, pristine jungle slowly begins to dissolve into a mist.

Vasanth Godwin Bosco, born in the Nilgiris, has been struck by the wonder of nature since he was a child. “I remember staring past the edge of shola forests, where the more recent tea estates were sprawled and wishing the boundaries of the shola swallowed up the estates somehow…,” he recalls.

In 2011, leaving behind a career in alternative energy, an area of technology in which Vasanth holds two patents to his name, he returned to the Nilgiris to attempt to restore the crumbling ecology and the accelerating degradation of the native landscape. 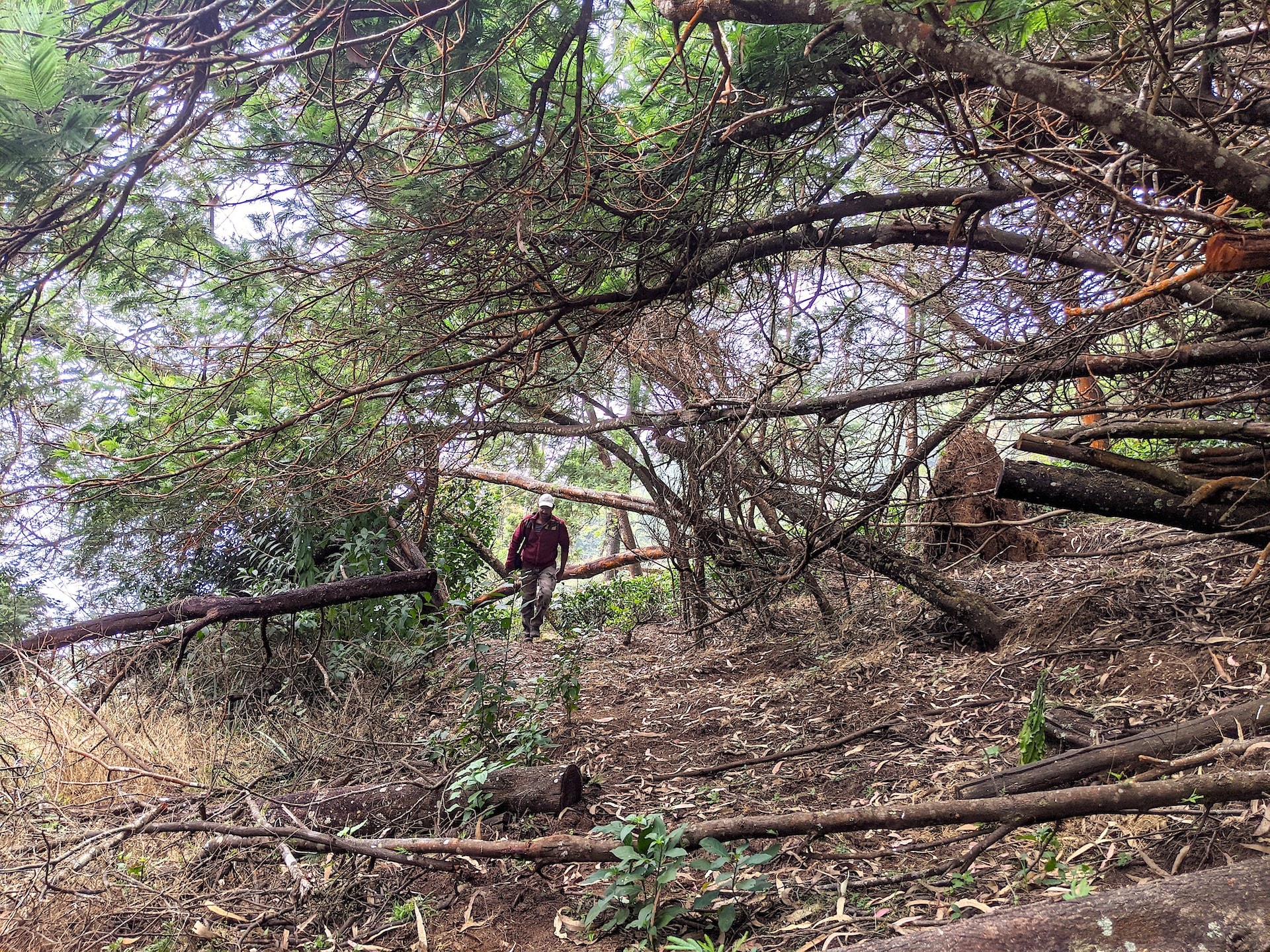 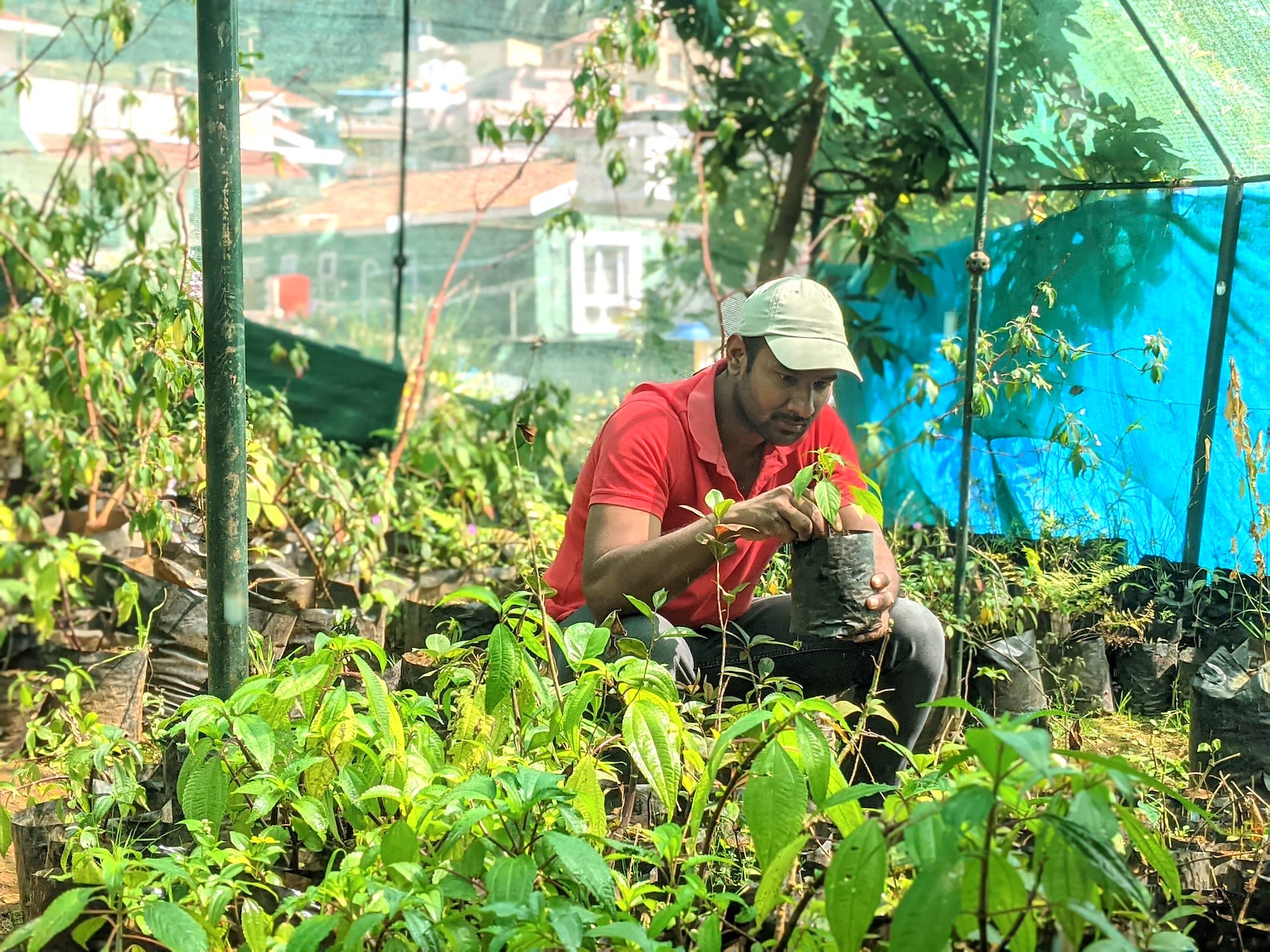 Among the first actions in his plan for a restored ecosystem was to bring to life a nursery for native species that is now a literal starter-kit for the entire landscape.

“Ten years ago, when I began work here, I saw that there were a lot of studies and papers on the impact of invasive species and excessive clearing of pristine forests for habitation and tea estates. The findings were astounding. But that was all… the initiative to act on these findings was sparse. That was when I decided to set up a nursery for native plants and trees. With a grant from The Shola Trust in the Nilgiris, the nursery was born.”

Speaking at schools, corporations and various private organisations, he is enabling the restoration of close to 300 acres of shola forest and grasslands. “So far, we have planted close to 10,000 native trees and shrubs and about 50,000 grasses across the Nilgiris,” says Vasanth. “I’ve been going around advocating for the planting of native species among institutions, schools, government bodies, the forest department and villagers. Every once in a while, there is somebody who sees the point and comes forward to offer a portion of their land to be restored to its native vegetation. I’ve been slowly making changes this way.” 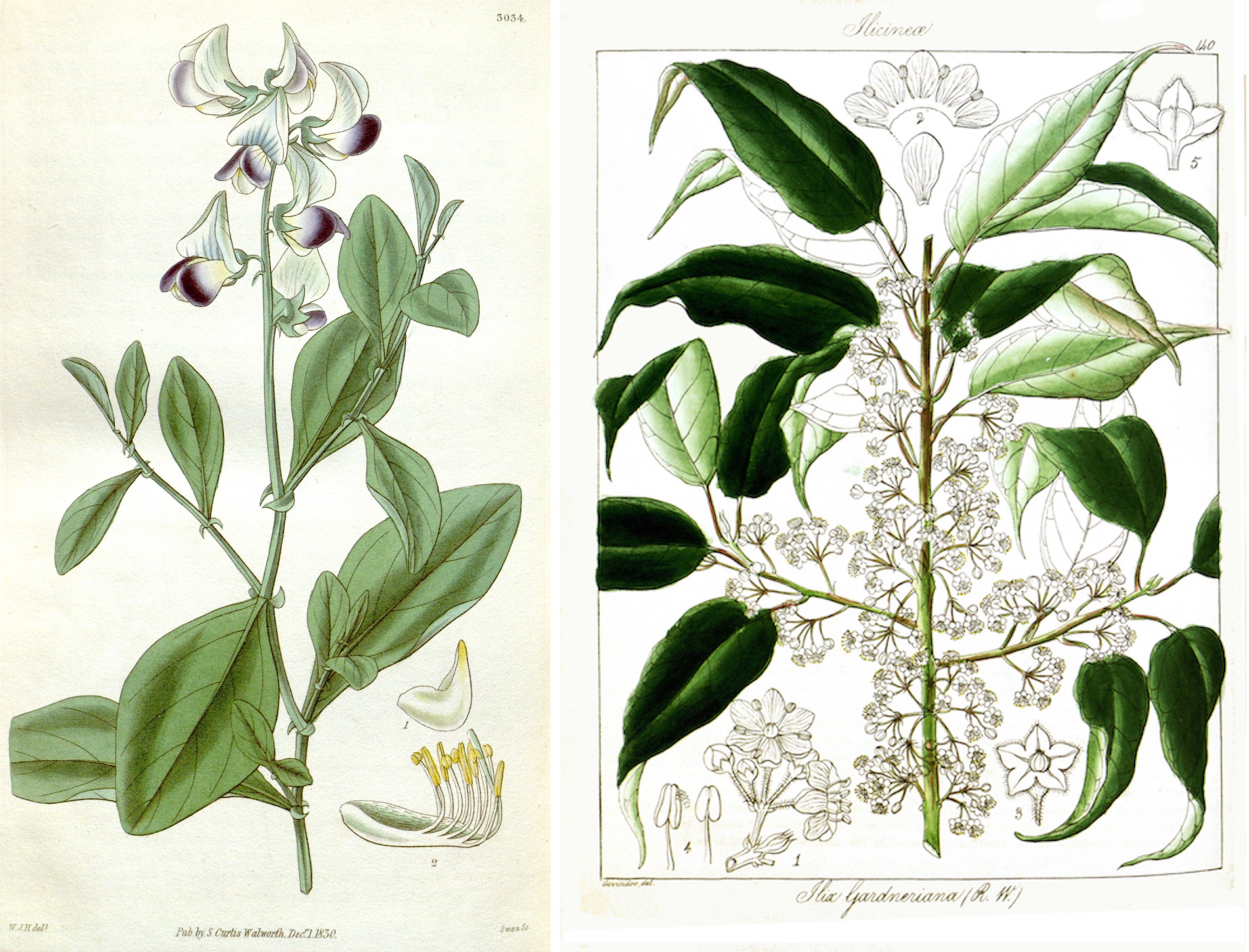 (Left) An illustration of Crotalaria verrucosa or blue rattlepod, which is one of the plants that Bosco grows in his nursery. (Right) An illustration of Ilex gardneriana, a species of plant in the family Aquifoliaceae and endemic to the Nilgiris that is now extinct. Photos: Bentham-Moxon Trust.; Curtis, William; Curtis's botanical magazine dedications, 1827-1927 : portraits and biographical notes.; Royal Botanic Gardens, Kew.; Stanley Smith Horticultural Trust., Public domain, via Wikimedia Commons (left), art: Govindoo; text: Robert Wight, Public domain (right)

At Vasanth’s 8-acre restoration site, where we are now, we walk past a black wattle (Acacia mearnsii) and a eucalyptus graveyard. “A lot of people think the job ends here — you clear a patch of all the invasives and plant native saplings, the forest will restore itself. A sapling or a young tree is up against a thriving ungulate population that is forced to find fodder wherever possible, given that native grasslands are mostly extinct in over 90 per cent of the plateau. The survival rate of saplings more than doubles when planted in a fenced site,” he says, leading me down a crusty slope previously occupied by wattle trees. Here in the mud, I see scores of wattle and eucalyptus seeds and clusters of freshly sprouted wattle, cestrum and eupatorium (all invasive exotic plants) reminding of the extent of damage wrought by the false notions of introducing species for the purpose of economic viability. Each sub-layer of the topsoil is like a record of the degenerative practices that ought to be unwritten, undone, uprooted.

Today, only a meagre 10 per cent of the shola grasslands remain in relatively intact conditions. These patches exist mostly on the edges of the plateau, bearing an existence much like an inhabitant pushed to the boundary wall of his own home. But Vasanth believes that there is an issue much more alarming than the clearing of pristine forests and grasslands for tea-estates and monoculture farming that the Nilgiris are faced with. 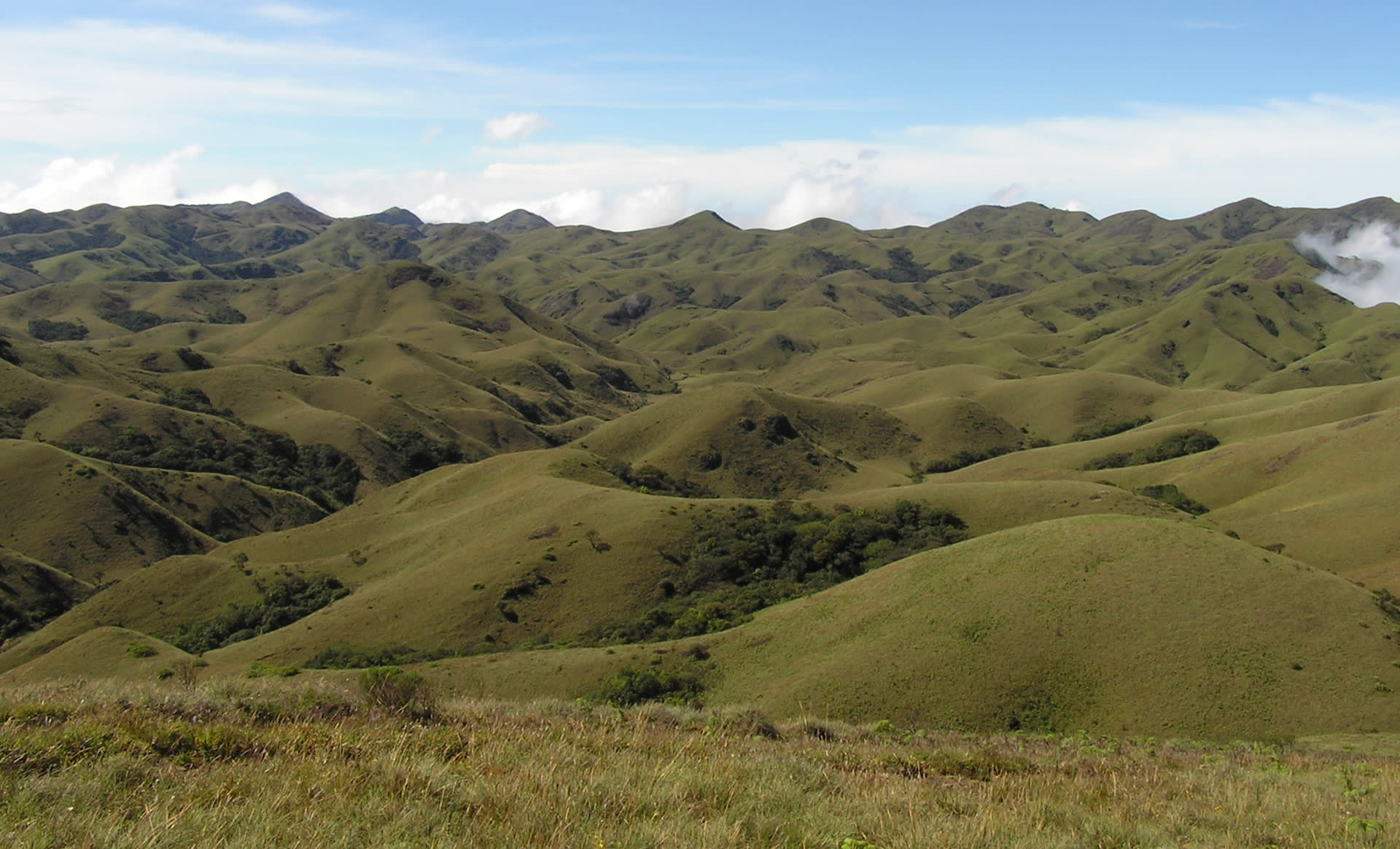 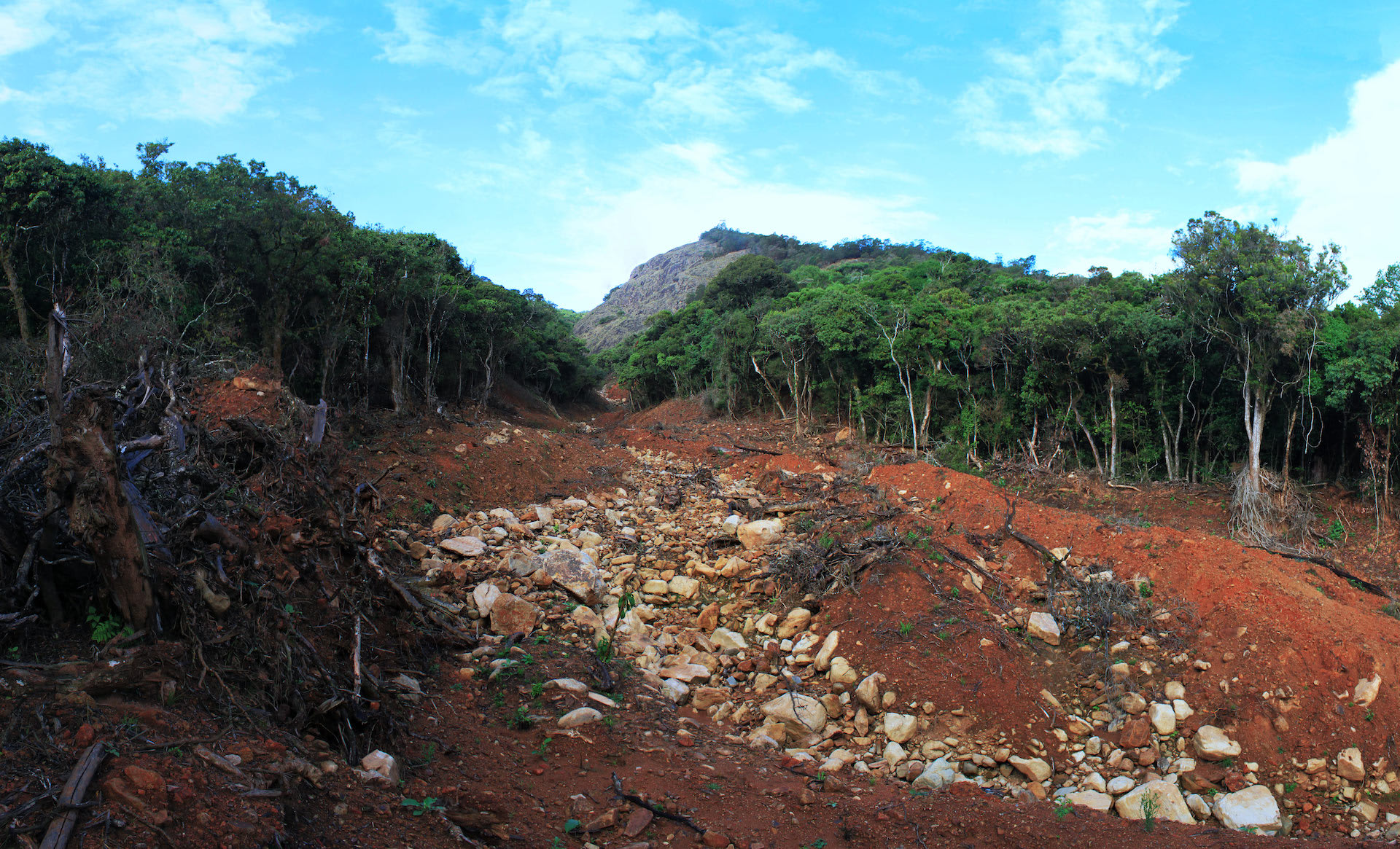 (Left) The entire Nilgiri and Palni-Anaimalais plateaus were once like this — shola-grassland mosaic ecology — covering the ancient undulating hill tops. Today, less than 10 per cent of this ecology remains. And what still exists, is severely threatened by climate change. (Right) Thousands of trees lay dead and strewn around the western parts of the Nilgiri Plateau in southern India. Deep gashes scar ancient mountains, standing a stark contrast to the lush green vegetation that they otherwise support. Extreme rainfall — 2,400 mm in 3 days — in certain parts of the Nilgiris, caused massive landslides. Photos: Anand Osuri CC BY-SA 4.0 (left), Vasanth Bosco (right)

“The number of landslides in the past year alone are something to worry about. Extreme rainfall events leave the landscape vulnerable to collapses. The excess moisture weakens the soil and entire slopes begin to cave in. I’ve witnessed tree deaths like never before in the shola forests. Old shola trees just stand bare and lifeless in places. Even patches of Eucalyptus groves are beginning to appear diseased and weak. The presence of excess carbon dioxide can be pointed out as the cause of this. The changing climate is wreaking havoc on an ancient and fragile ecosystem as the sholas (where about 40 per cent of the flora is endemic) and we must act urgently,” points out Vasanth.

I cast a quick glance at my diary to reference the last question to Vasanth — “What does it feel like to be battling not just the deterioration of a landscape that you call home, but to also be up against the colossal force of climate change unraveling with a certain sense of inevitability?”

The mist whorls up and shifts enough to let light pour through, Vasanth’s phone rings. Somebody who grew up among the shola grasslands but now lives overseas has read Vasanth’s book Voice of a Sentient Highland — and found out about his work. “Can you take a look at a portion of my ancestral land and restore it to the pristine grassland it once was?” he asks Vasanth, who is now beaming.

I let the question remain. I choose not to bother him with this one because I have realised that he is somebody who although remarkably aware, chooses the promise of the present over the uncertainty of the future. 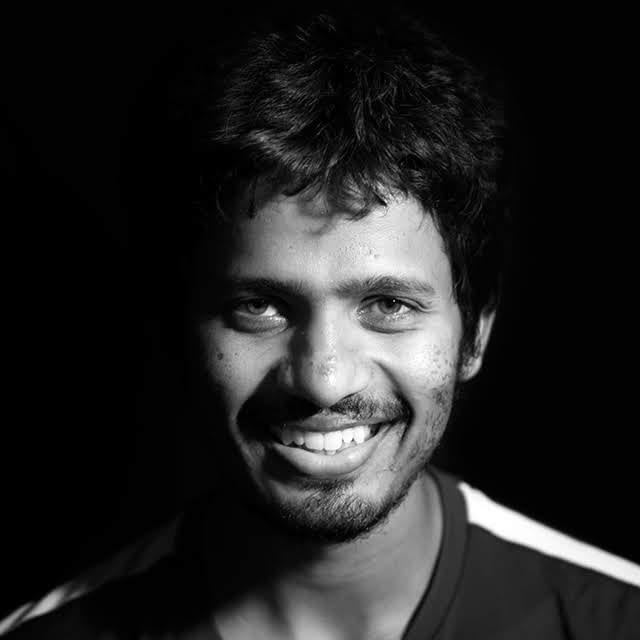 writes and directs at Faraway Originals - a collective of filmmakers. He finds himself drawn toward tales that hold the mysteries of the natural world and hopes to strengthen the cause of conservation