From spiny-tailed lizards to striped hyenas, this marshland supports all manner of life 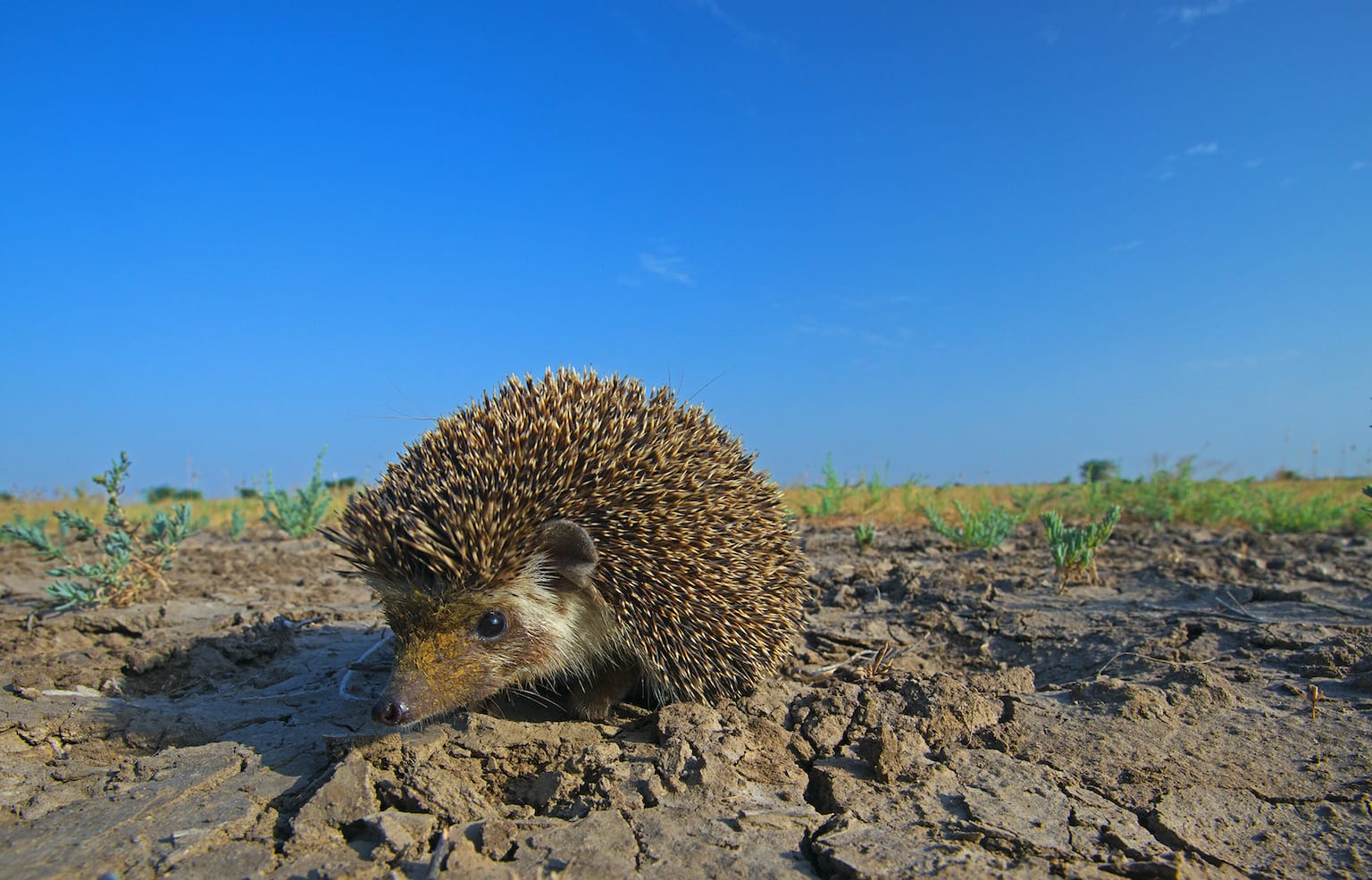 The Little Rann of Kutch is often described as vast and vacant, like a bare canvas, but this habitat in Gujarat has been supporting great diversity for many millennia. About 380 million years ago, the Rann was a shallow, marine habitat, home to immense colonies of coral and sponge. As life on our planet evolved, it was inhabited by dinosaurs, such as the stegosaurus, a reptile larger than most residential buildings, that Pranay Lal describes as “a quirky herbivore that lived life in the slow lane”. In his wonderful book, Indica, Lal also writes that some species of dinosaur were endemic to India.

The dinosaurs and coral are both long gone — save for petrified versions at the Kutch Fossil Park in Bhuj — but the Little Rann still breeds biodiversity. Today, the region is described as a salt marsh that is arid and dry for eight months of the year, and a thriving wetland in the monsoon season when large, shallow water bodies are formed due to rainwater and overflow from the Luni River.

“The Rann can be considered a large ecotone, a transitional area between marine and terrestrial ecosystems,” says the Unesco page on the region. “It is dotted with about 74 elevated plateaus or islands.” Locally called “bets”, these islands are the only parts of the landscape that support vegetation, that too, largely in the rainy season.

This is what makes the Little Rann of Kutch so unique: Despite the salinity, silt, and extreme temperatures, it supports a variety of flora and fauna that have evolved to make the most of this cyclical habitat. The Directory of Indian Wetlands describes it as “a space without a counterpart on the globe”. 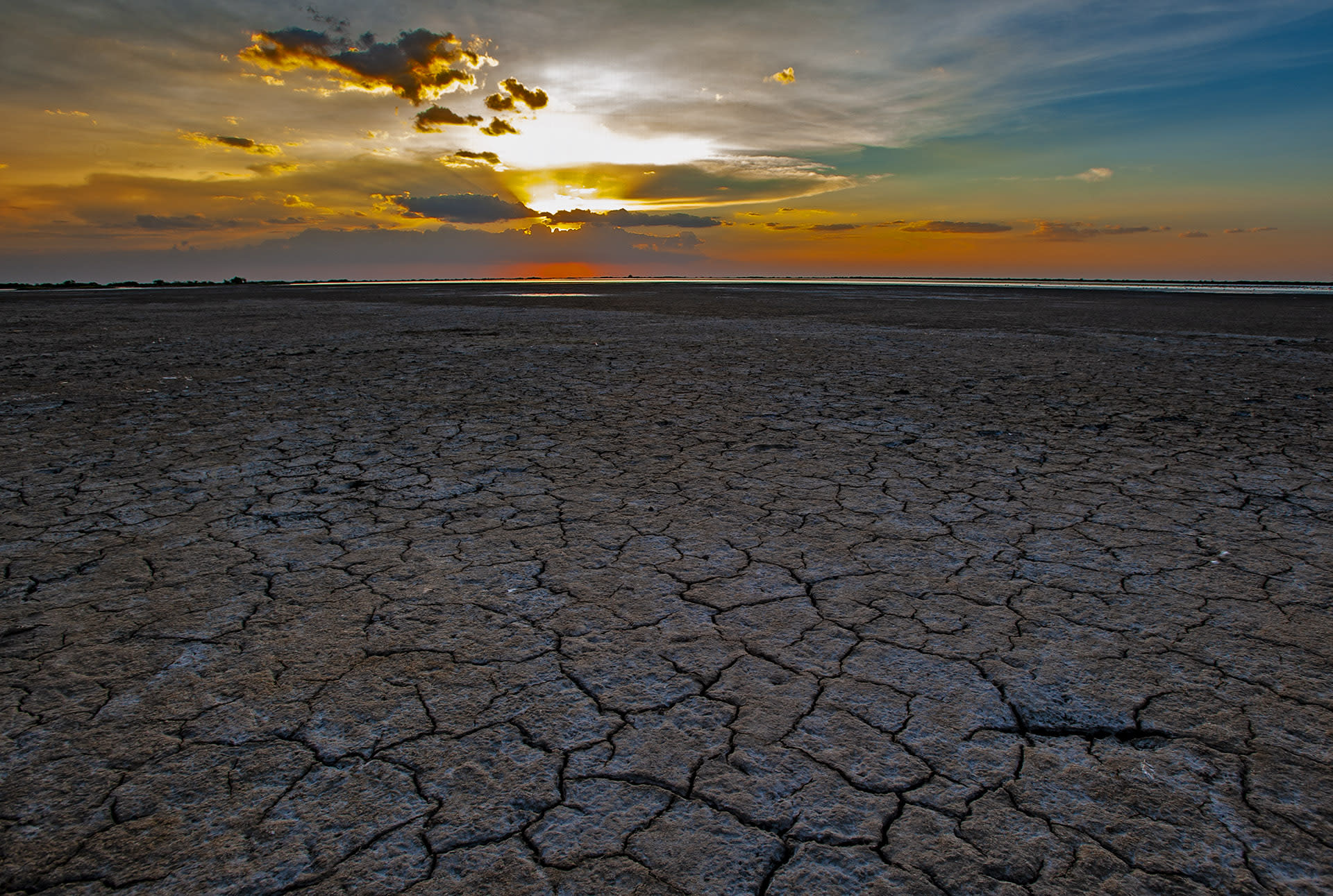 Much of the Little Rann of Kutch is encompassed in the Wild Ass Sanctuary, spread over 4,954 sq km. According to the UNESCO website, “The sanctuary is named after a sub species of wild ass (Equus hemionus khur), the last population of which it harbours.” In addition to the khur, the area supports 29 species of reptiles, 33 mammals, 93 invertebrates, and a colourful cast of migratory birds that visit every winter, when this parched landscape is transformed into a thriving wetland. Spread over 5,000 sq km, the Little Rann of Kutch is larger than the state of Goa.

Among these winter visitors is the painted stork (Mycteria leucocephala), a large, water-loving species that is “often seen near water bodies such as wetlands, marshes, and flooded agricultural fields,” says eBird. Painted storks are local migrants, meaning they fly to the Little Rann of Kutch from other parts of Gujarat and western India. The wetlands also host populations of demoiselle cranes, flamingos, and pelicans. According to Kolkata Birds, “Over 200 bird species have been recorded in the area.”

The cream-coloured courser is found across North Africa, the whole of Middle East, Iran, Pakistan, and western India. “In India, it is mainly seen in winter,” says Dr Asad Rahmani, wildlife author, conservationist, and the former director of Bombay Natural History Society. “I have records of young ones in Jaisalmer district. They are the bird of fallow fields, grazing land, dry waterbodies, and arid zones.” It is likely the birds come to India from Iran and Middle East but no study has been done on their movement so one cannot be sure, says Dr Rahmani.

The MacQueen’s bustard, cousin of the great Indian bustard, is a grassland-loving species that is endangered, elusive, and easily camouflaged in the Little Rann. Numbers have dropped in the last few decades due to illegal hunting and on account of the bird being used as bait for falconry, but a small population still visits this region in winter every year. In some parts of the Middle East, MacQueen’s bustards are being captive bred and released, in the hope of stabilising wild populations. 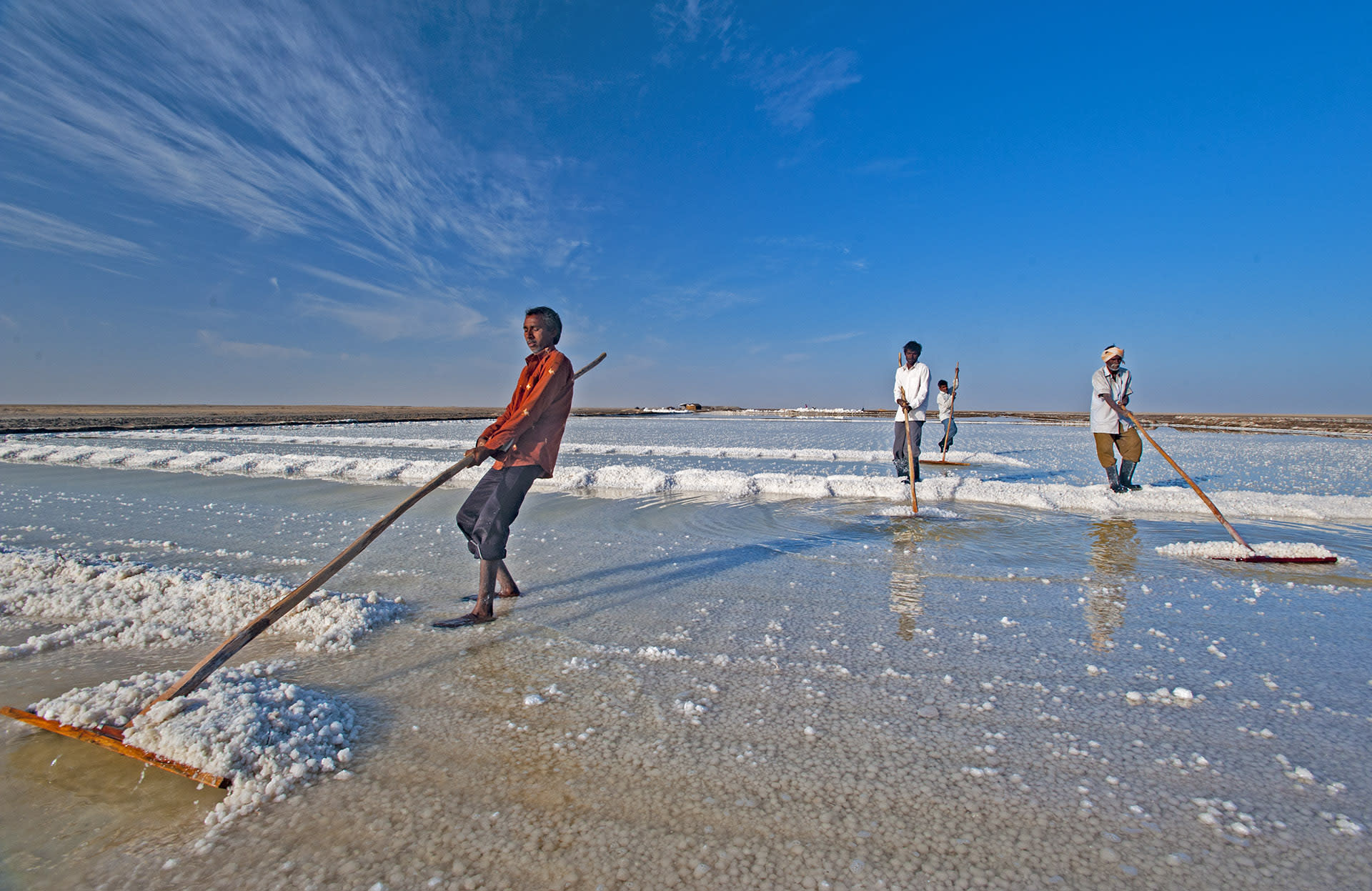 The fringes of Little Rann are dotted with village settlements, agricultural fields, and man-made water bodies. Many locals in the region are engaged in the occupation of salt-panning, which is the extraction of salt crystals from the saline water of the marsh. It is a gruelling job, involving hard labour and exposure to elements — no mean feat, in a desert landscape like this.

Salt season begins after the monsoon and continues until summer. During this time, workers live around the sites in rudimentary lodgings made largely from tarpaulin and sticks of wood, as all materials required must be carried to the site, and then dismantled after. In addition, food supplies, water must also be carried, especially for sites that are further away from the villages. Despite this premium on resources, it is common to see bowls of food and water placed outside homes, for birds to eat and drink, says photographer Dhritiman Mukherjee. 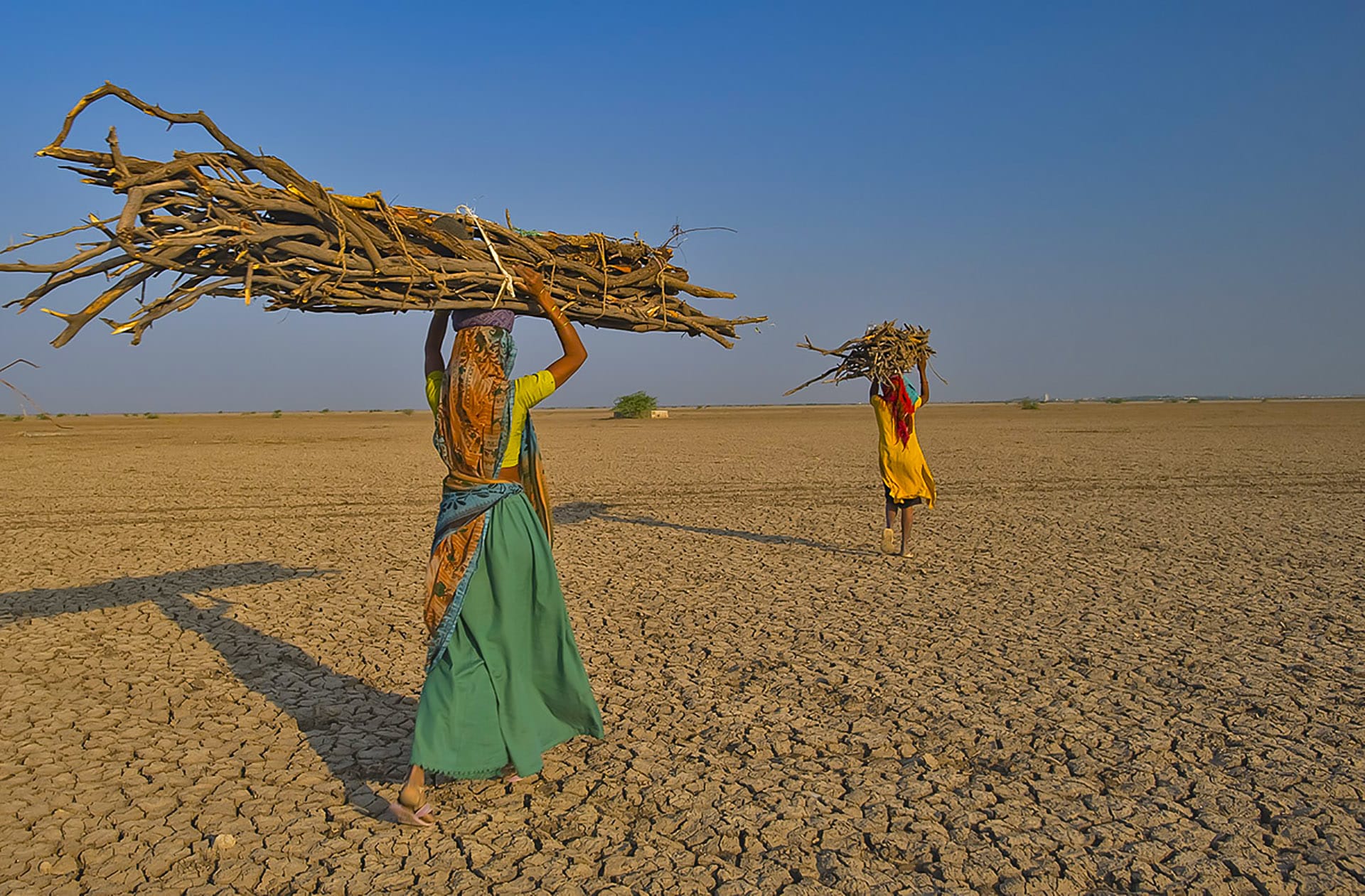 Wood is also very scarce in this landscape. Women often walk long distances and spend considerable time gathering twigs and branches from the area, so they have fuel to make a fire and cook food. Branches of the thorny Prosopis juliflora are commonly used for this purpose, as it is among the few tree species that grow in the region. Locally called gando bawal, or “the mad tree”, juliflora was introduced to Little Rann in the 1950s by the British to check the spread of the Rann of Kutch. It has spread aggressively across the Rann and is considered an invasive species.

Where there are humans, dogs are rarely far behind. Initially, these free-ranging dogs would subsist on human waste such as garbage, but in recent years, they have taken to hunting in packs, threatening many species of wildlife, including the rosy pelican pictured here. Canine populations such as these are a huge conservation concern in the Little Rann of Kutch and many other parts of the country. 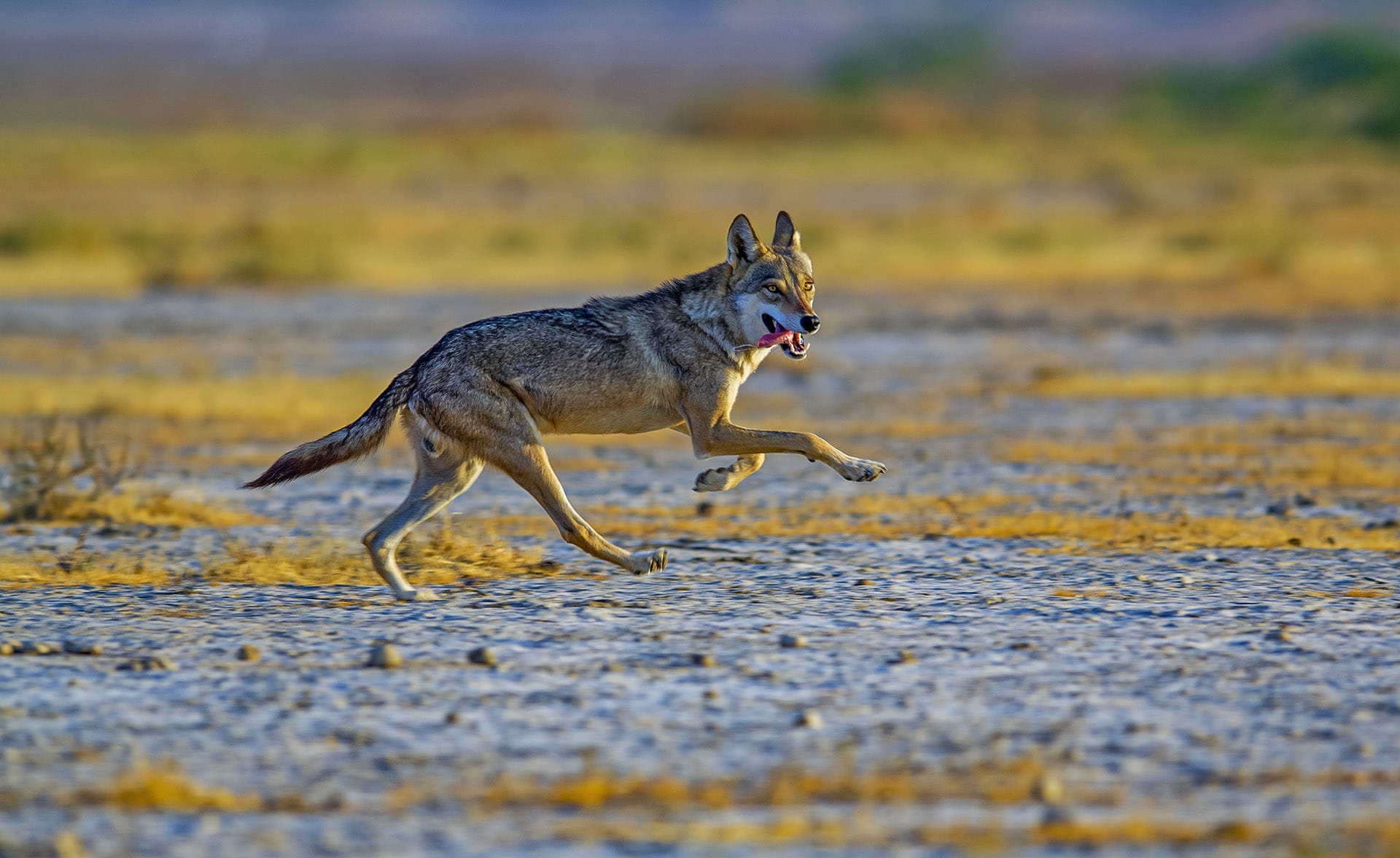 The Indian wolf (Canis lupus pallipes) too roams these parts. It is found across Asia, from Israel to China, but their numbers have been dwindling due to loss of habitat, further resulting in conflict with human beings. 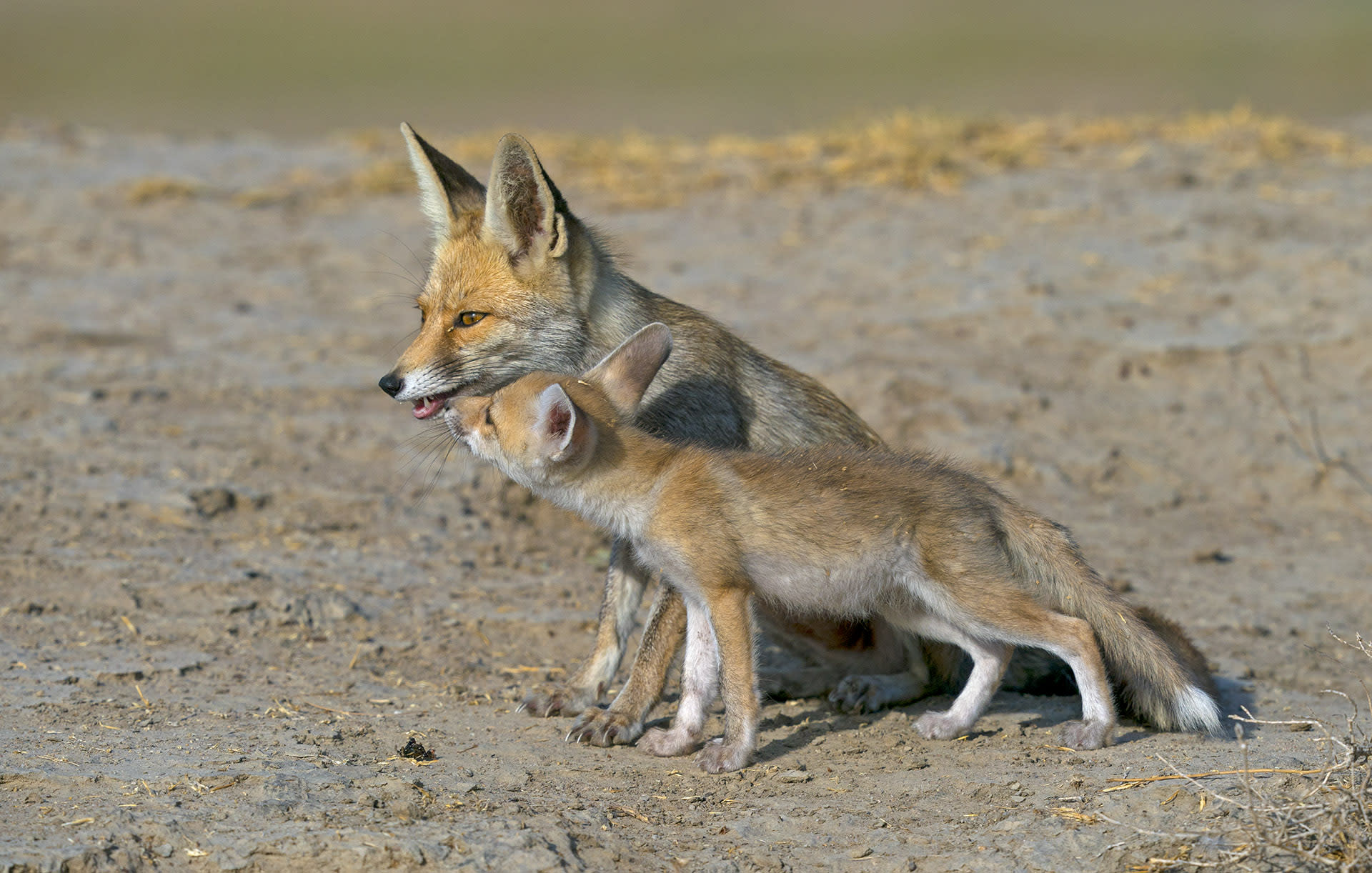 The desert fox (Vulpes vulpes pusilla) is one of two species of fox found in the Little Rann of Kutch. The other is the Indian fox, a.k.a. Vulpes bengalensis. As its name suggests, the desert fox, is found in arid conditions and deals with the extreme nature of its habitat by modifying its behaviour. “They are most active at dawn and dusk but in winter, it can be seen hunting during mid-day,” says Dr Rahmani. “They are opportunistic foragers so during monsoon, when it’s drizzling, they come out in search of insects, rodents and lizards, which also become active. During extremely hot days, they stay in their burrows, and on extreme cold nights, they huddle, curled up in the burrow or under a bush.”

Unlike the desert fox, the striped hyena relies largely on scavenged meat to survive. These skulking predators are vilified by many cultures but are an integral part of this habitat. They play the role of waste managers, thereby reducing the chance of disease that breeds in decomposing meat. Of late, these animals too have been suffering at the hands of free-ranging dogs, that monopolise carcasses of livestock dumped on the fringes of village areas. Striped hyenas are classified as “near threatened” by the IUCN.

Infrastructure such as tarred roads are a cause for concern, especially for animals such as the cobra (above) and Indian flapshell turtle (Lissemys punctata) (top). This freshwater species frequents water bodies around the villages on the fringe of the Little Rann, and faces life-threatening circumstances from oncoming traffic when attempting to cross the road. In some parts of the country, flapshell turtles are illegally hunted for meat, which is considered a delicacy. 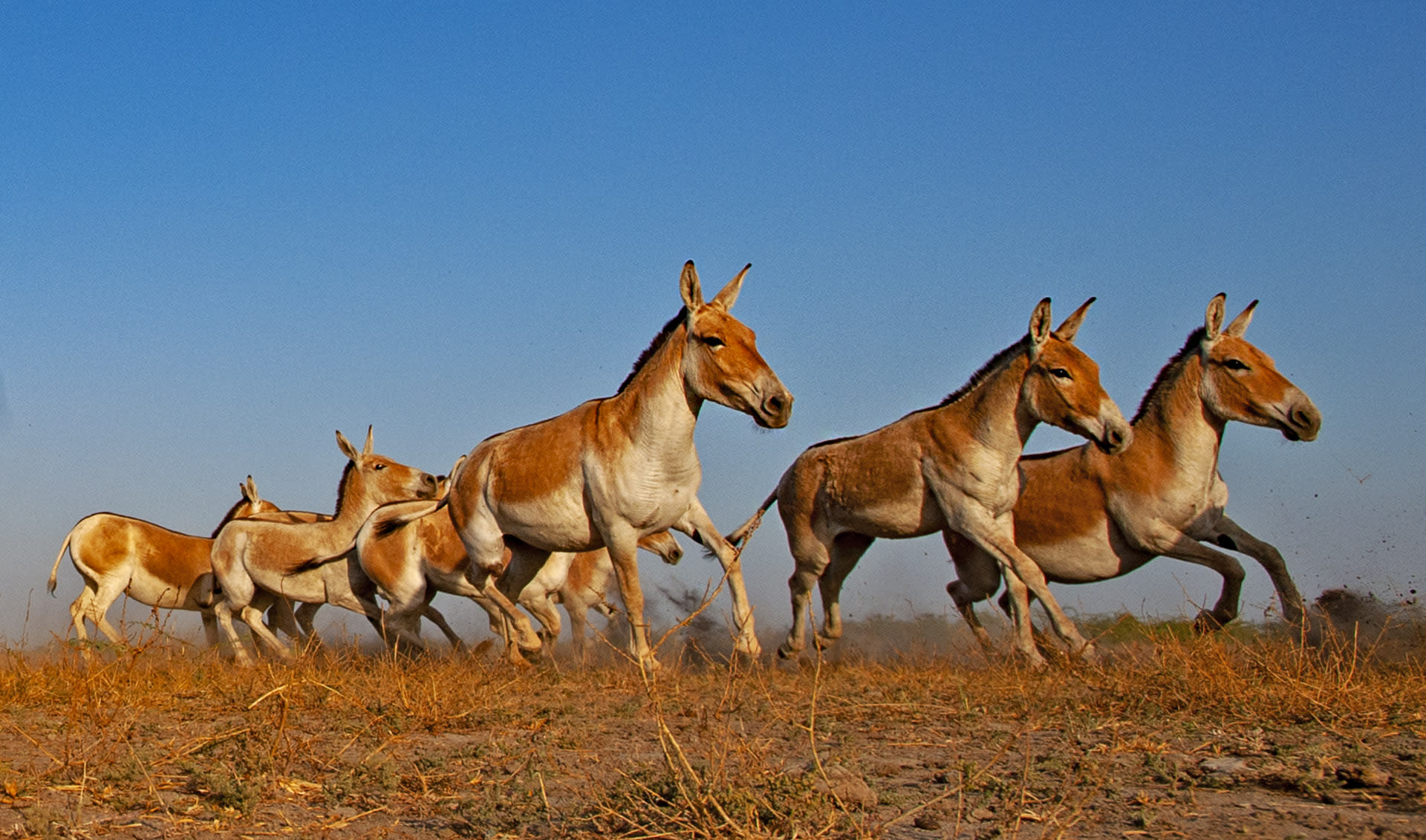 Despite these circumstances, diversity continues to thrive in the Little Rann of Kutch, where flamingos still gather in thousands and herds of wild asses (pictured here) still roam free. The question is, what will this landscape look like 100 years from now?