From five species of cranes, we’re down to four. The survival of these charismatic species requires community involvement and wetland protection

Text and photos by: Kedar Bhide

Text and photos by: Kedar Bhide

Cranes are often seen as symbols of unconditional love, devotion, and good fortune. It is said that Valmiki’s Ramayana was born out of his grief at witnessing the killing of a male sarus crane by a hunter. Cranes are known to “bond for life” and therefore depicted in literature and mythology as creatures of marital virtue. These large birds are totally dependent on wetlands and thus greatly affected by climate change, loss of habitat, changing agricultural practices, and anthropogenic pressures.

In India, we have historically seen five species of cranes out of the fifteen found worldwide. Siberian cranes, common cranes (also called Eurasian cranes), and Demoiselle cranes were all winter visitors to India. While the latter two still winter in India, their future is uncertain as they face numerous challenges.

Siberian cranes are locally extinct in India. The last pair was seen at the Bharatpur wetlands in 2002. The fourth species, the black-necked cranes, breed at the Changthang Plateau of Eastern Ladakh and winters in Bhutan and a few places in Arunachal Pradesh. And finally, the Sarus cranes, the tallest flying birds in the world, are found in the North and Northwestern parts of the country as well as in some parts of Central India. Both the Black-necked and the Sarus cranes are under threat.

The survival of these charismatic cranes of India has always revolved around community involvement and wetland protection. The persistence of breeding populations also depends on the protection of their nests and feeding grounds from free-ranging dogs and human threats. With one species already locally extinct, one hopes that we can learn from the past and protect the remaining four species from following the same path. And if we sincerely protect our wetlands, we may still get the Siberian cranes to return to their wintering grounds in the future.

The Siberian crane (Leucogeranus leucogeranus) is sometimes called “the lost crane of India” in birding circles. The Western/Central population of Siberian cranes from East Asia used to winter in India till 2002. Only one pair was observed that year (which is when I photographed them). Their population is critically endangered with only a few birds remaining and only one of them wintering in Iran. One of the reasons proposed for this decline is that their migratory route to India runs through a war zone in Afghanistan, which has disturbed the migration pattern over the last two decades. This is a strong example of how important the conservation of migratory routes of birds is to their survival. We do not know if this Western population will survive, as their numbers may have gone below the recovery point. Only a few thousand birds remain from the Eastern population of Siberian cranes, which breed in Northeastern Siberia and winter in Southeast China. All hope lies with conservation measures in Russia and China to preserve the Eastern population. 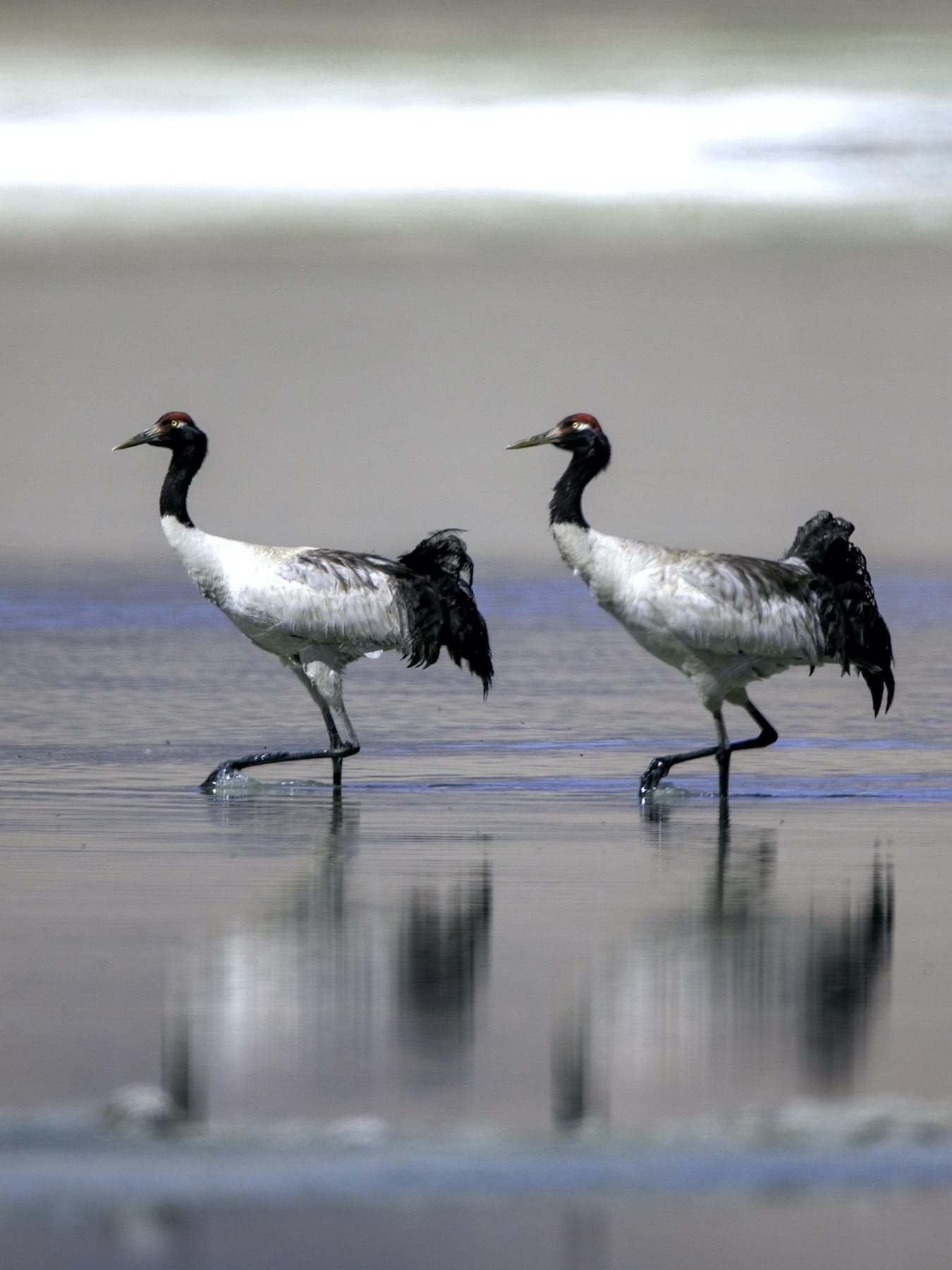 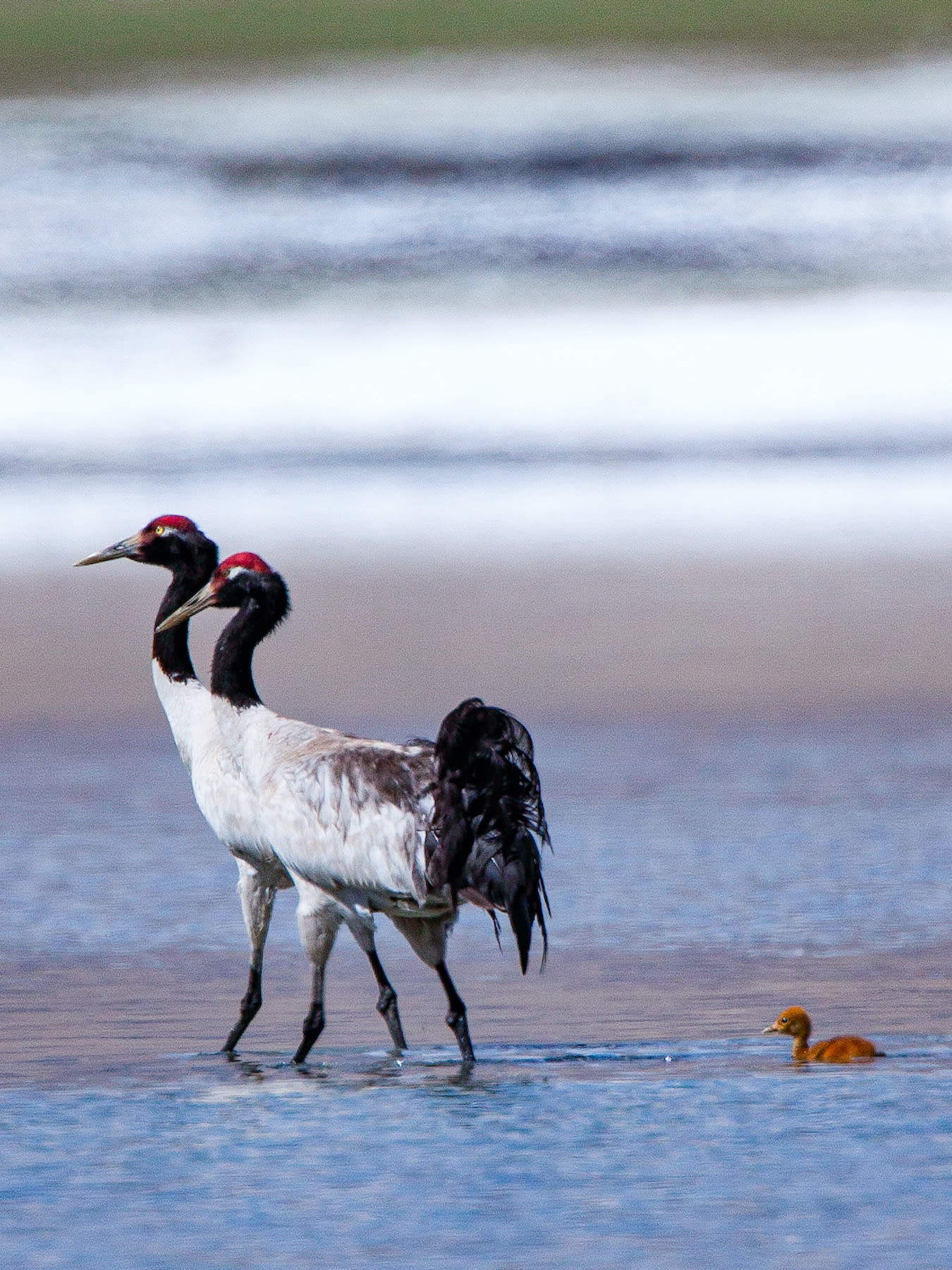 Black-necked cranes (Grus nigricollis) breed in the high-altitude wetlands of the Trans Himalayas and Central China. The Changthang Plateau in eastern Ladakh is the best place to observe them during the summer. In winter, their range extends to Southern China, Bhutan, and some parts of Western Arunachal Pradesh. These birds are highly vulnerable to the effects of climate change as their breeding grounds are alpine high-altitude wetlands which are affected directly by climate change. They are also threatened by changes in agricultural practices, the use of pesticides, and habitat destruction from human pressures. One notable threat which I have observed during my travels in Ladakh is the presence of free-ranging dogs, who keep chasing them at the Tso Kar wetlands, disturbing their feeding on the banks. Through WWF and Wildlife Institute of India, conservation efforts are underway, but there is a need for a serious flagship programme to save their breeding grounds in Ladakh. 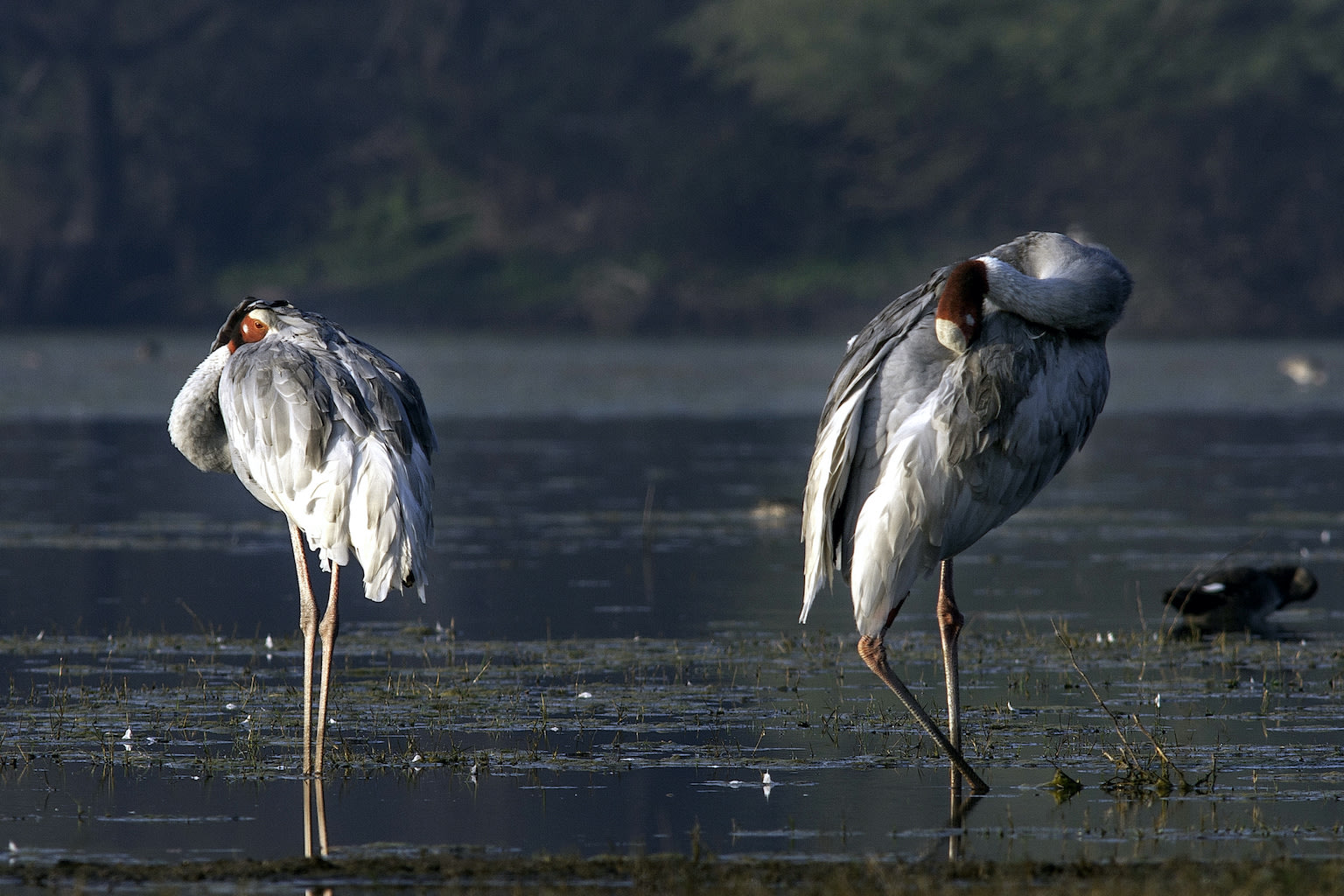 Sarus cranes (Grus antigone) are truly part of Indian culture. “Kraunch” is the Sanskrit word for this bird that has been described in mythology for centuries. As the range for this species is within the settled human habitats, the conservation of this species involves community engagement and protecting the biodiversity of our agricultural landscape. Habitat destruction, changing agriculture practices, poisoning by pesticides and other industrial chemicals and powerline collisions are major challenges to the survival of this species. Both long-term monitoring across its Indian range and community involvement for its protection are being done under KS Gopi Sunder, Director for the Program SarusScape of the International Crane Foundation and Nature Conservation Foundation, Bangalore. In a few instances, “photographers’ pressure”, wrong and unethical practices undertaken by few, has also become a threat to the survival of these amazing birds. 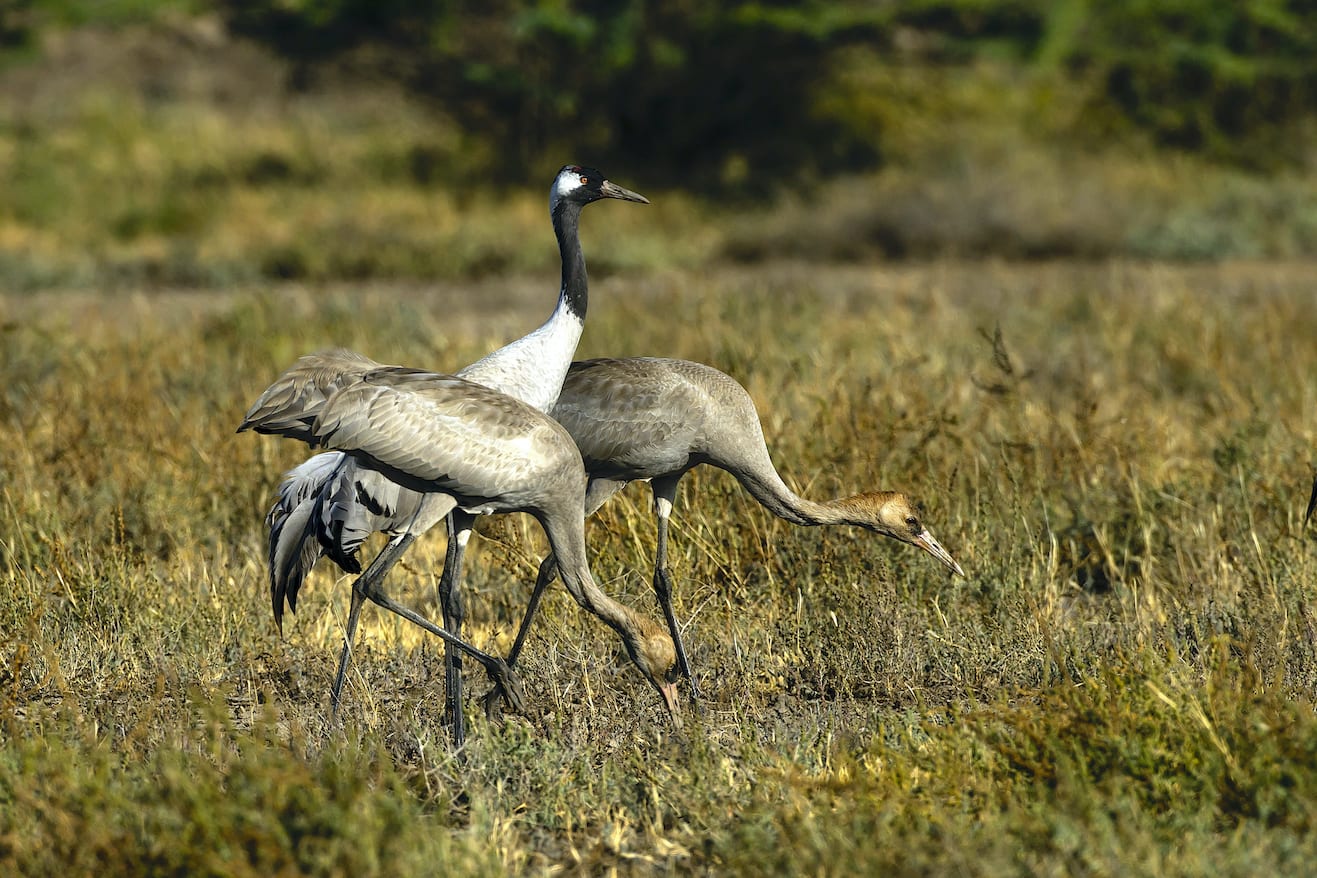 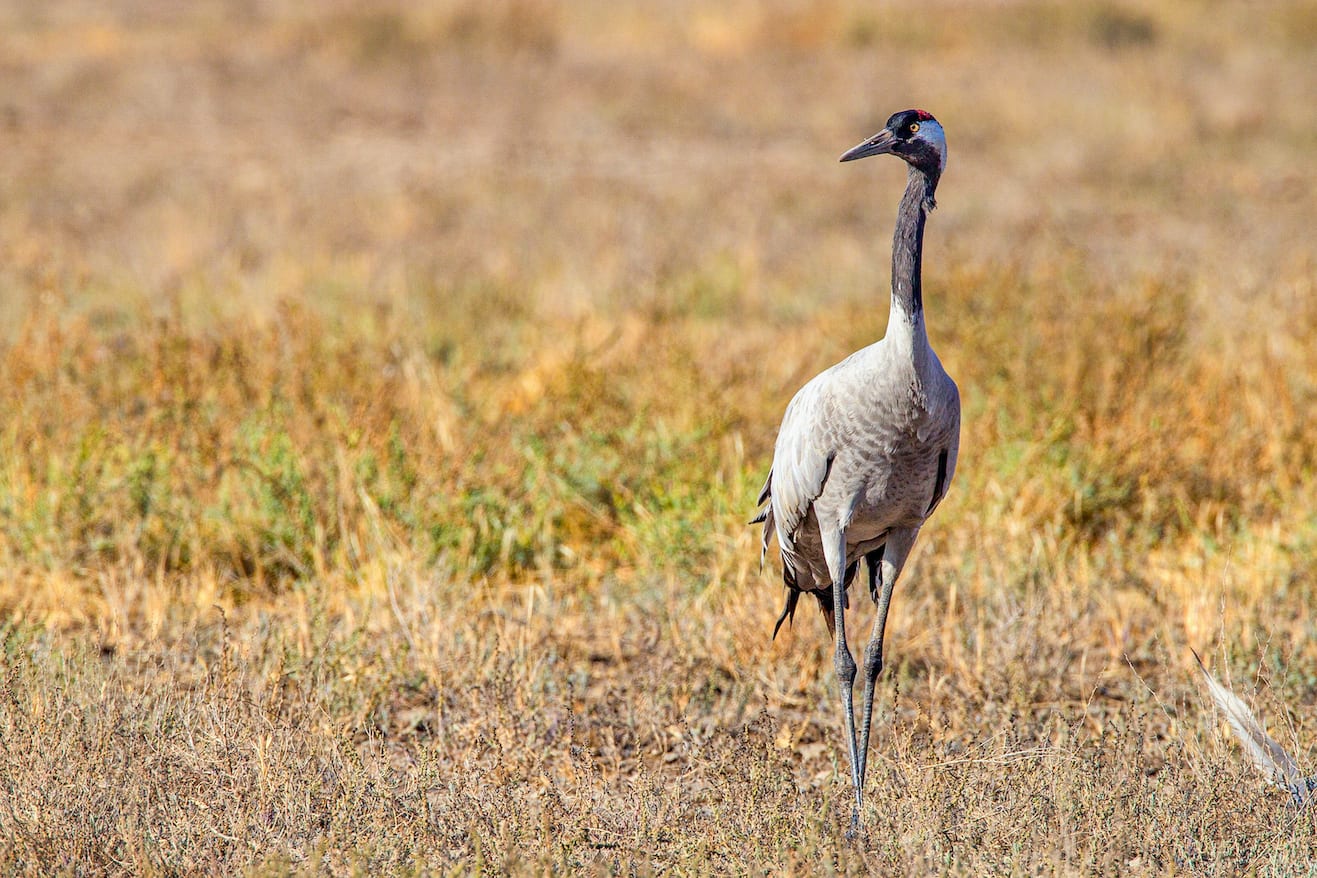 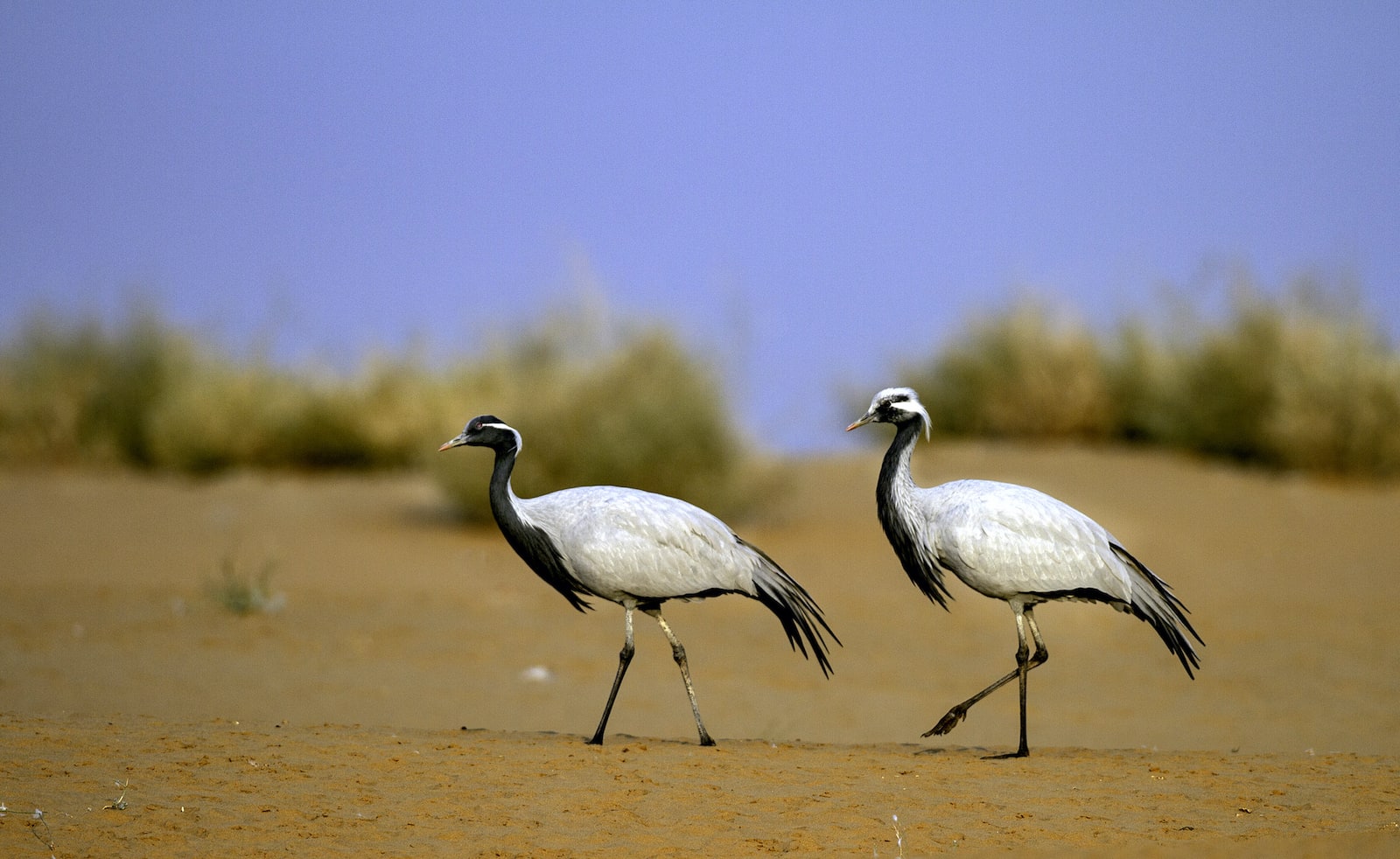 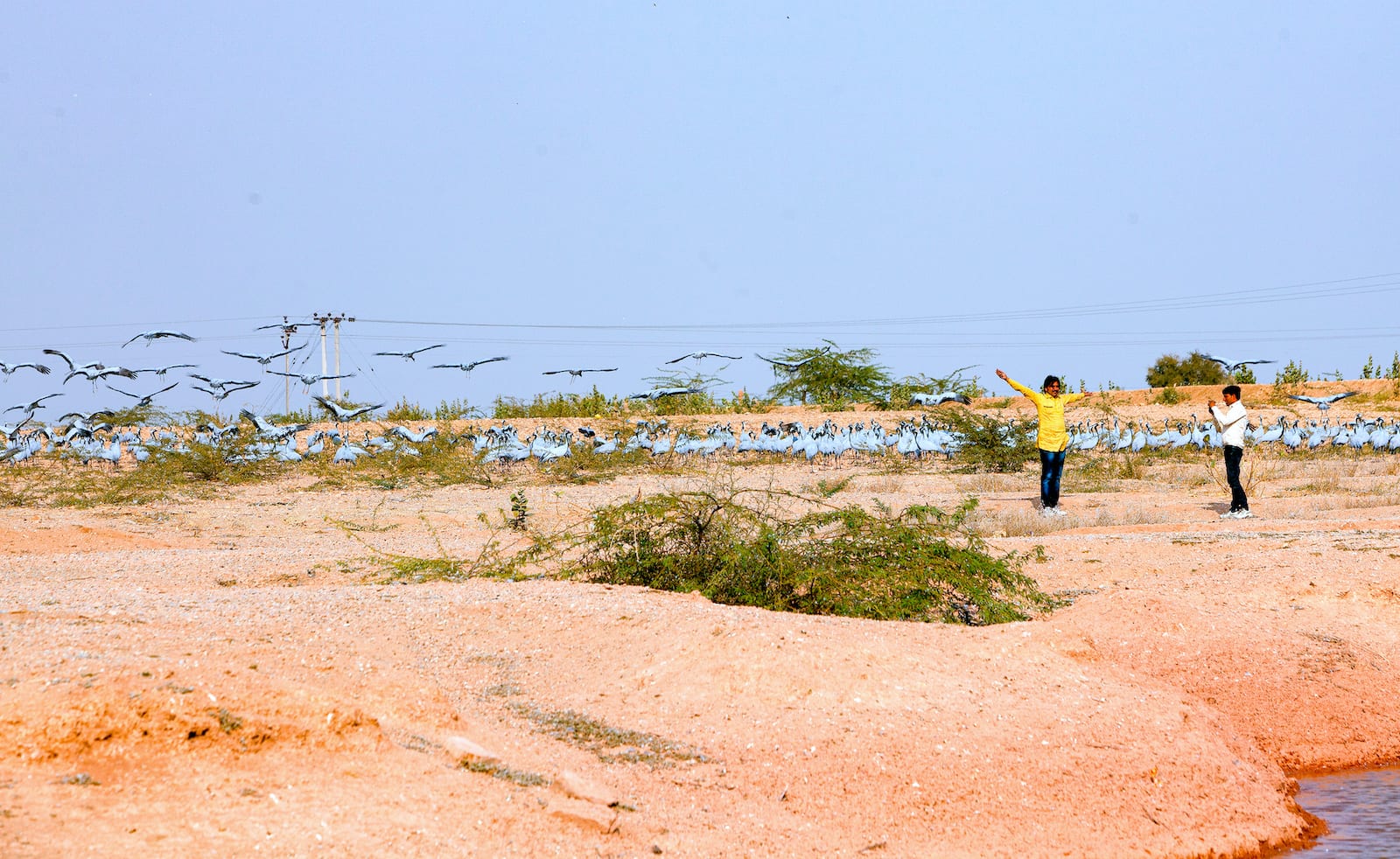 Common cranes (Grus grus) and demoiselle cranes (Grus virgo) are both winter visitors to India from breeding grounds of Europe, Eurasia, East Asia to China. Though their IUCN status is of “Least Concern”, their wintering grounds in India are greatly challenged with the destruction of wetlands and changes in agriculture practices throughout their range. Their future survival in India depends on early monitoring of emerging threats and conservation of wetlands as well as involving communities for their future. Common cranes, seen here with juveniles (top left) can be observed and photographed in the Little Rann of Kutch quite easily. Though demoiselle cranes are the most photographed in India, as a photographer, I find common cranes (top left and right) with their black-and-white patterned head and small red crown patch more interesting and photogenic. Kheechan in Rajasthan is well known for observing and photographing demoiselle cranes (above right and left). There you can also see remarkable community involvement in their feeding. 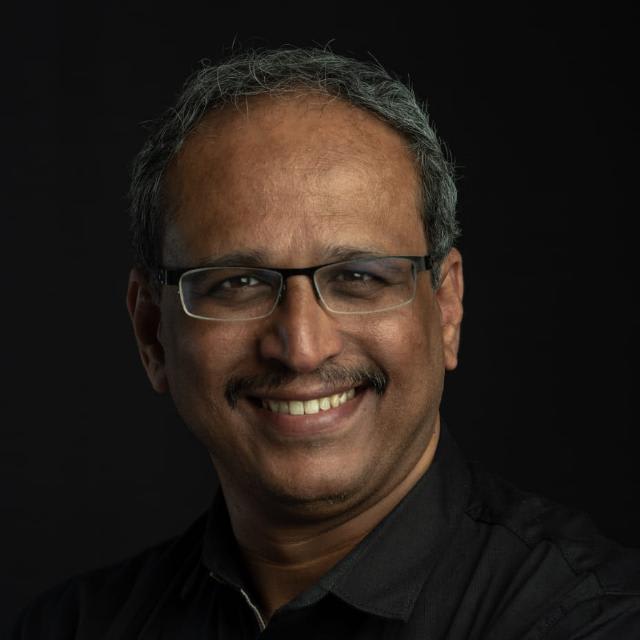 is the managing director at Nature Works, an ophiologist and a photographer who explores nature through his photography, loves scuba diving, off-roading and occasionally known to write poetries.