What will our rapidly warming world mean for the elusive Panthera uncia?

Snow leopards are a fine case study in adaptation. The high-altitude cats live at elevations between 600 and 5,000 m, occupying some of the coldest and loftiest mountain ranges in the world. Understandably, the weather can be pretty hostile on their home turf, so, like many alpine species, the snow leopard has evolved in remarkable ways to thrive in its habitat.

To deal with the thin mountain air and low oxygen levels snow leopards have larger nasal passages, bigger chest cavities, and a high red blood cell count, so their bodies can make the most of every breath. Cold is another factor, as temperatures in parts of the Himalayas can get as low as -40 in the winter, despite blue skies. For this, snow leopards are equipped with exceptionally thick fur, the “densest of all cats,” says a video from National Geographic. “They have 26,000 hairs per square inch, while humans have about 1,300.” Their paws are wide and flat, like snow shoes, enabling them to walk on snow rather than sink into it, and their ears are smaller than is usual in cats, to avoid unnecessary loss of body heat. These adaptations make the alpine leopard the apex predator of its habitat.

Except, its habitat is changing.

Climate change has resulted in rapid warming in high Asia, threatening the mountain ecosystem, and the survival of its foremost predator. “The Tibetan plateau, home to more than half of the remaining snow leopards, has already gotten three degrees warmer in the last 20 years,” according to the Snow Leopard Trust, which operates in five countries, and works with local communities to facilitate conservation of the species.

Other studies indicate that of all the snow leopard territories in the world, the Himalayas and the Hengduan Mountains of China are most vulnerable to habitat loss from changing weather patterns, fragmentation, and increased human presence. So what does this mean for the Ghost of the Mountains?

Snow leopards are solitary creatures that spend their days prowling the high mountains for blue sheep and ibex, their primary source of food. Their exquisite stealth and camouflage — they blend seamlessly into the rock — has earned them the nickname “ghost cat”. It is believed that one sees the snow leopard when it deigns to be seen. Photo: Surya Ramachandran
Snow leopards (Panthera uncia) inhabit the Indian union territories of Jammu and Kashmir and Ladakh, and the states of Himachal Pradesh, Uttarakhand, Sikkim, and Arunachal Pradesh. They are found across the high mountains of Central Asia, with an estimated worldwide population of between 3,920 and 6,390 in the wild. Cover photo: Dhritiman Mukherjee

Snow leopard prey tends to move to relatively snow-free patches within areas where there is heavy winter snow. In some areas, this means they move down, but in certain cases, this could even mean a slight increase in the elevations they use. There are places such as the Spiti Valley, where the blue sheep may move down to relatively lower elevations in winter, and this is also the period when snow leopards are seen much more near the villages at lower elevations. However, changing weather patterns have projected a shifting treeline, which will facilitate even more human expansion, and increase the potential for human-animal conflict considerably. Photo: Saurabh Desai

To encourage a more compassionate relationship with the big cat, the Snow Leopard Trust and its India partner, the Nature Conservation Foundation, have created a livestock insurance programme for villages of Himachal and Ladakh that are vulnerable to conflict. “Locals pay a certain premium for their livestock, which is matched by the trust,”, explains Charudutt Mishra, a long-time leopard conservationist, and more recently, the Executive Director of the Snow Leopard Trust. “In the event of a loss of livestock, the fund reimburses the owner with monetary compensation.” Photo: Surya Ramachandran

The insurance policy is one of many initiatives undertaken by conservation organisations, to foster a more meaningful relationship between the humans and the snow leopards of the Himalayas. “Sometimes, I question why the locals have to pay at all,” says Charudutt, “But I see the sense of agency it gives the local community. I keep going back and forth.” Photo: Saurabh Desai

One of the consequences of increased human presence is the rise in free-ranging dogs. Somewhere between feral and domestic, these dogs roam in packs and subsist on waste from human settlements. When the pickings are slim, they hunt everything from livestock to marmots, cranes, and foxes. Recently, a video of a pack of dogs chasing a snow leopard in Spiti, Himachal Pradesh, was doing the rounds on the Internet. “You wouldn’t think that dogs would thrive and multiply as they are doing in this rough, rugged terrain where temperatures plummet to -20° Celsius,” says Md. Sajid Sultan, the Regional Wildlife Warden of Ladakh, in an article in The Hindu. The article estimates there are no less than 3,000 dogs in the Changthang Wildlife Sanctuary, which is prime snow leopard territory. Photo: Saurabh Desai 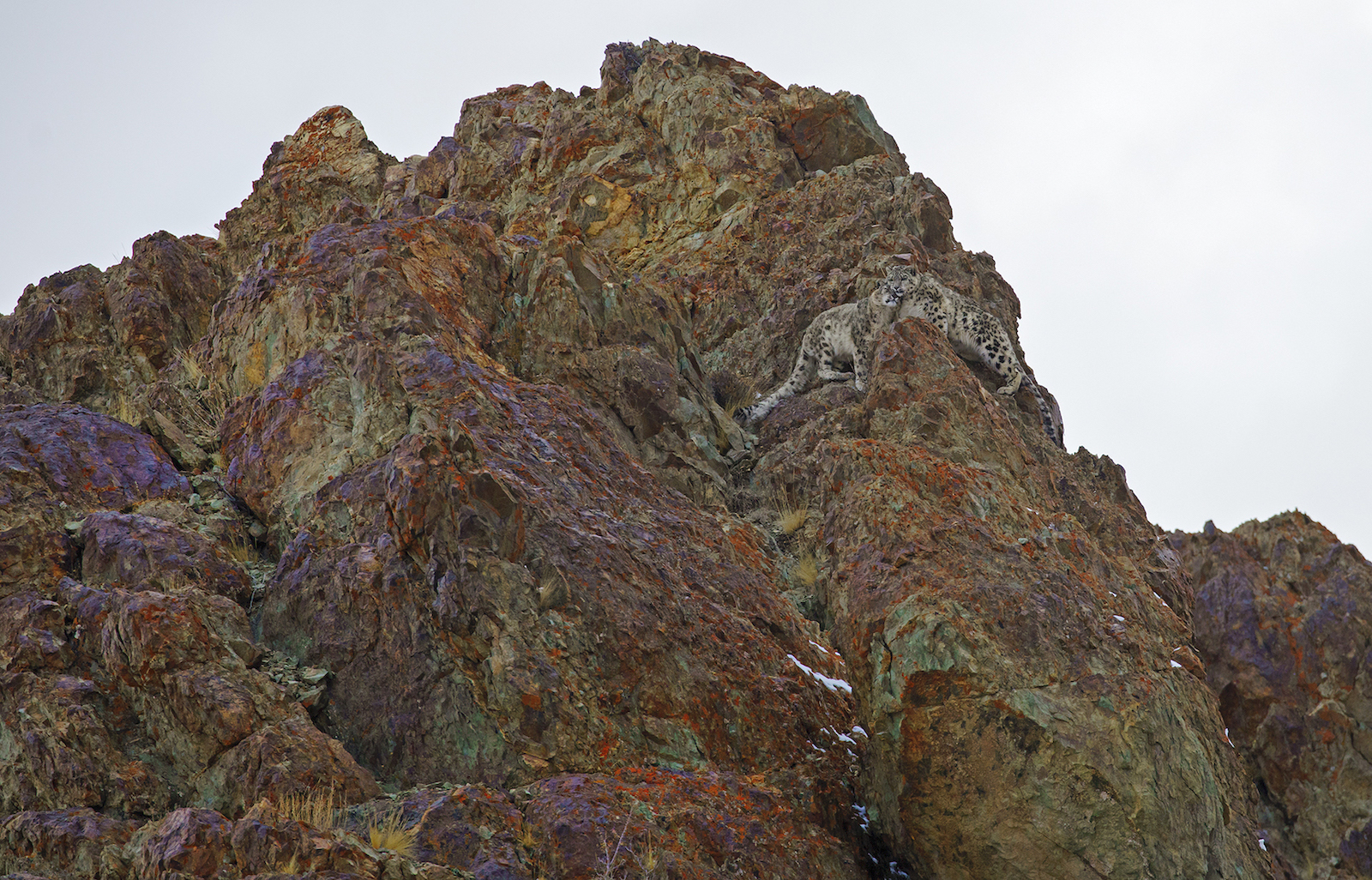 Another knock-on effect of the treeline shrinking, is that it might expand the habitat of the common leopard, speculates Charudutt. “In parts of China, we are seeing proof of overlapping ranges, where common and snow leopards have been captured on the same camera trap.” A warmer climate would mean a world less conducive to the snow leopard, and as Charudutt says, “Who knows who will win?” Photo: Dhritiman Mukherjee

While Charudutt reaffirms that one can only speculate about the future, there is the bigger picture to consider: the value of the mountain ecosystem in its entirety. The high reaches of the Himalayas might seem inhospitable to most humans, but it provides essential ecosystem services that benefit us all. Most crucial among these is the storing and releasing of freshwater. The origins of several vital river systems lie in the habitat of the snow leopard, benefitting over one-third of the world’s human population. When these ecosystems are compromised — as they frequently are when human concentration increases — it is bound to affect the global availability of water. Photo: Saurabh Desai 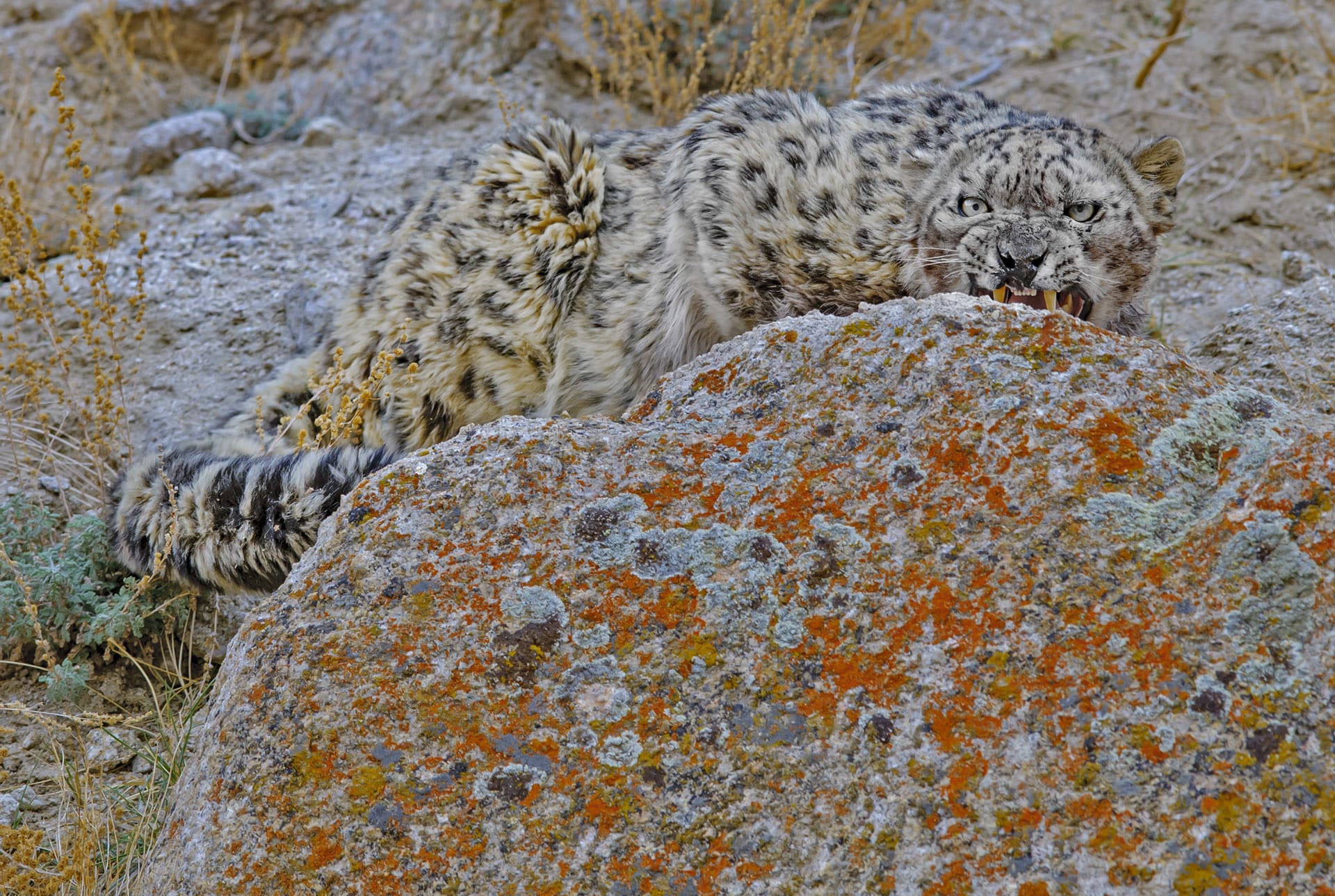 So how will this reclusive feline respond to a warmer world? “It’s hard to say,” admits Charudutt, “because the direct effects of climate change are difficult to predict, especially in terms of precipitation. It is not standard across landscapes, and we simply do not have enough answers at this time.” He means both in terms of climate science and understanding the snow leopard as a species — its brutal abode makes scientific study additionally difficult and expensive. Photo: Dhritiman Mukherjee

All things considered, the biggest concern with regard to climate change, says Charudutt, might not be the direct effects — “snow leopards are pretty adaptable” — but the ways in which it will alter the nature of leopard-human interaction. In the high mountains, less snow often means more accessibility, increased infrastructure, and greater human presence, in all its excesses. Photo: Saurabh Desai 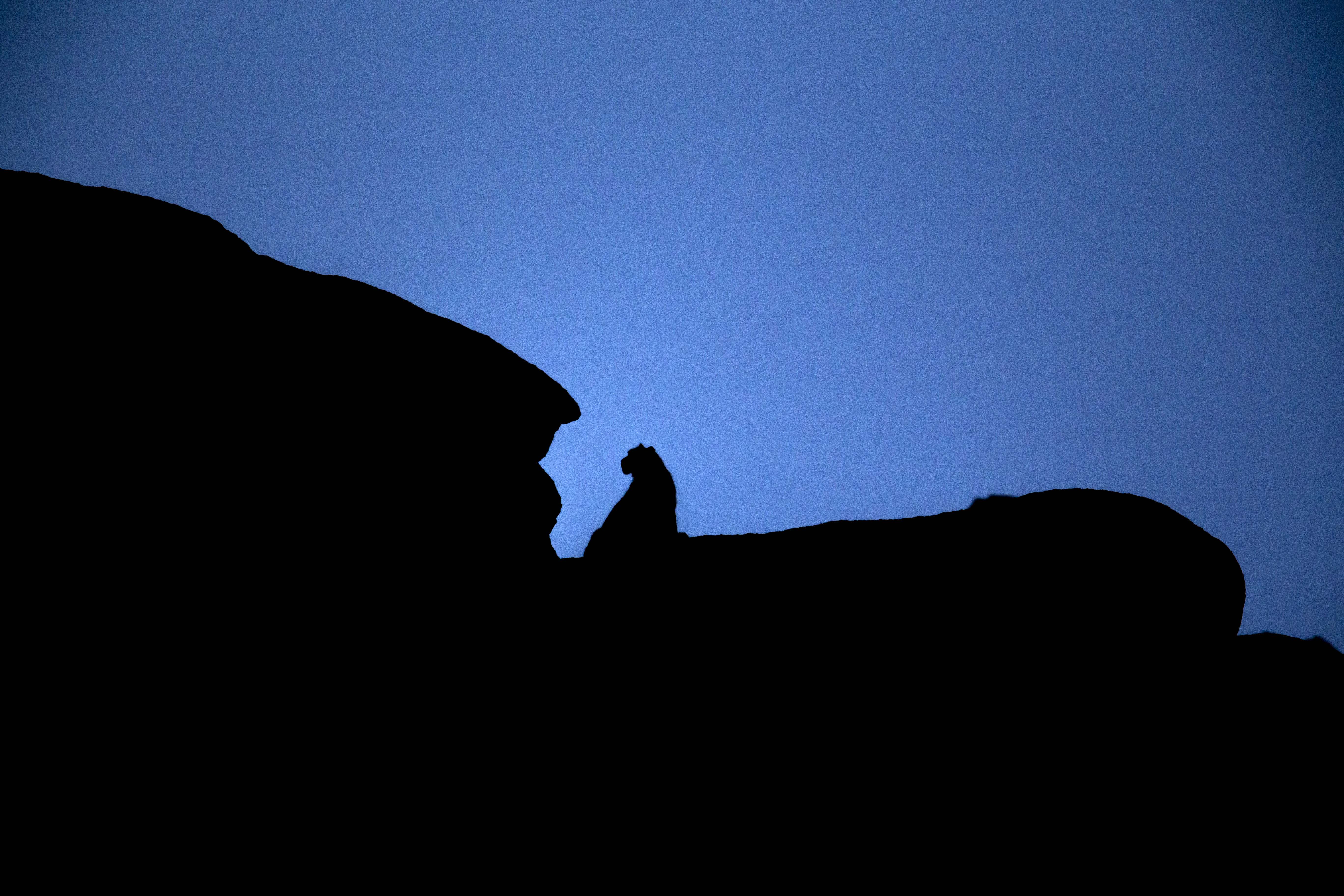 In a landscape like the Himalayas, this could have repercussions both big and small. Rapid and unplanned development could result in serious consequences, such as floods, landslides, and avalanches. On a smaller scale, practices such as improper waste management attract (and sustain) feral dog populations, which makes a number of Himalayan species vulnerable to attack. “So it’s not really about how the snow leopard deals with climate change,” sums up Charudutt, “It’s about how human beings do.” Photo: Surya Ramachandran

Behind the Lens: Watch Dhritiman Mukherjee talk about his unusual encounter with a snow leopard