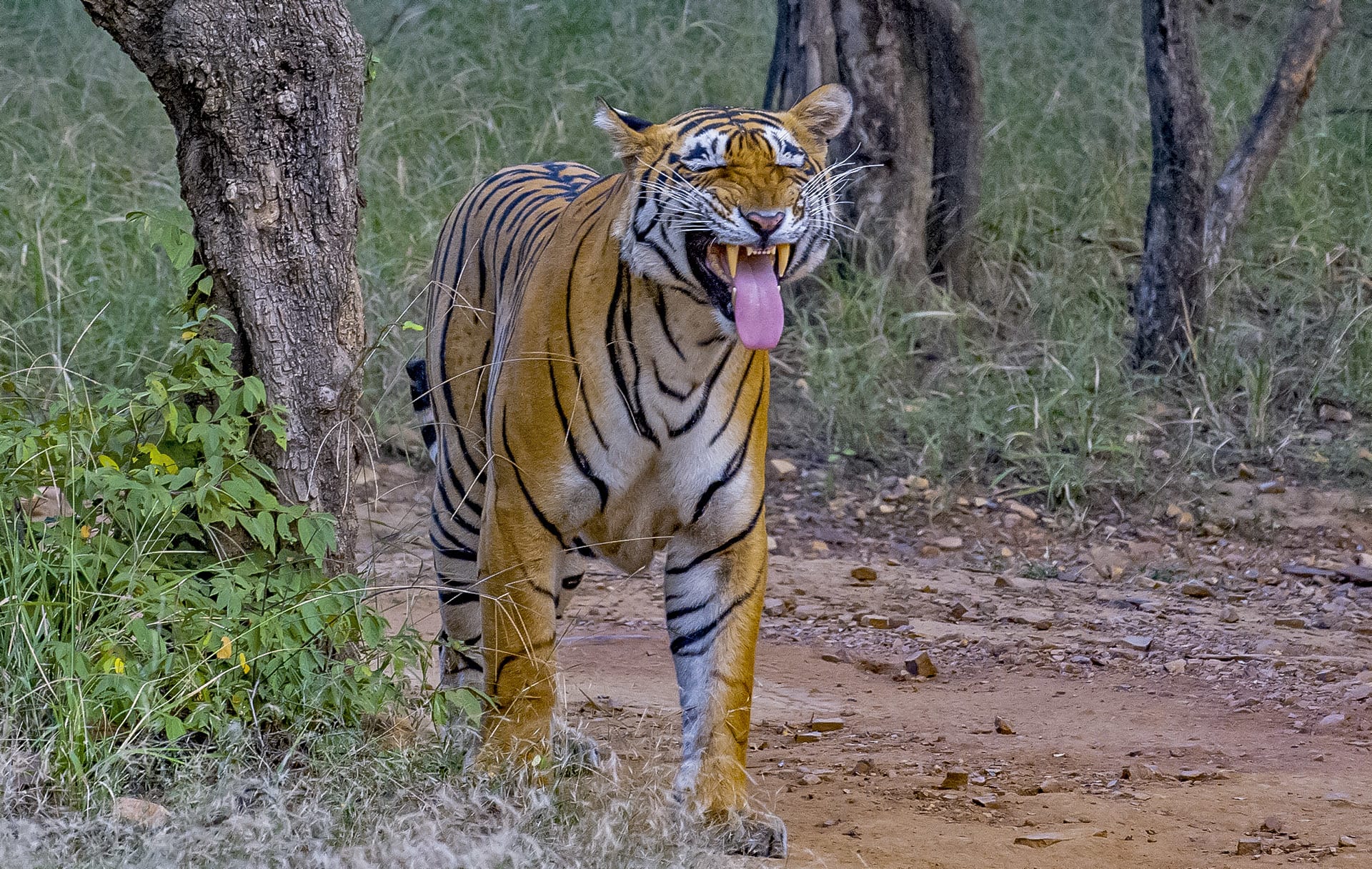 Tigers occupy a variety of habitats, from dense mangrove forests in the Indo-Gangetic delta to the Siberian taiga. In India, the royal Bengal tiger is found from Uttarakhand in the north of India to Kerala in the south, and from Rajasthan in the west to Arunachal Pradesh in the east. There are an estimated 2,900-odd tigers in India.

A tiger (Panthera tigris) needs a relatively large territory and a steady supply of prey to thrive. “The average minimum territory size for a female tiger is around 15-20 sq. km, though some studies have suggested it could be closer to 10 sq. km in some places,” says Mayukh Chatterjee, who works with the Wildlife Trust of India. “Male territories can go up to 100 sq. km or more.”

Despite the successes of conservation efforts like Project Tiger, India’s tigers face the problem of a steadily shrinking habitat. With large swathes of India’s forests violated to extract minerals and fuel, the wilderness that remains is fragmented and the populations of many species have become isolated. This is especially problematic for tigers as territory defines their ability to mate and reproduce. Male and female tigers mark their territory and defend their turf in different ways.

The territorial nature of tigers also shapes conservation measures, and good conservation considers both science and culture. “Today we are talking about translocating tigers from one place to another to maintain genetic diversity, or to mitigate conflicts between tigers and people, spending crores of rupees, instead of taking a much simpler path that will ensure long-lasting impact, such as protecting corridors, along with local people on the ground,” says Chatterjee. “Scores of research projects suggest that building the capacity of local communities, and working with them jointly to protect wildlife habitats is a more sustainable option.” 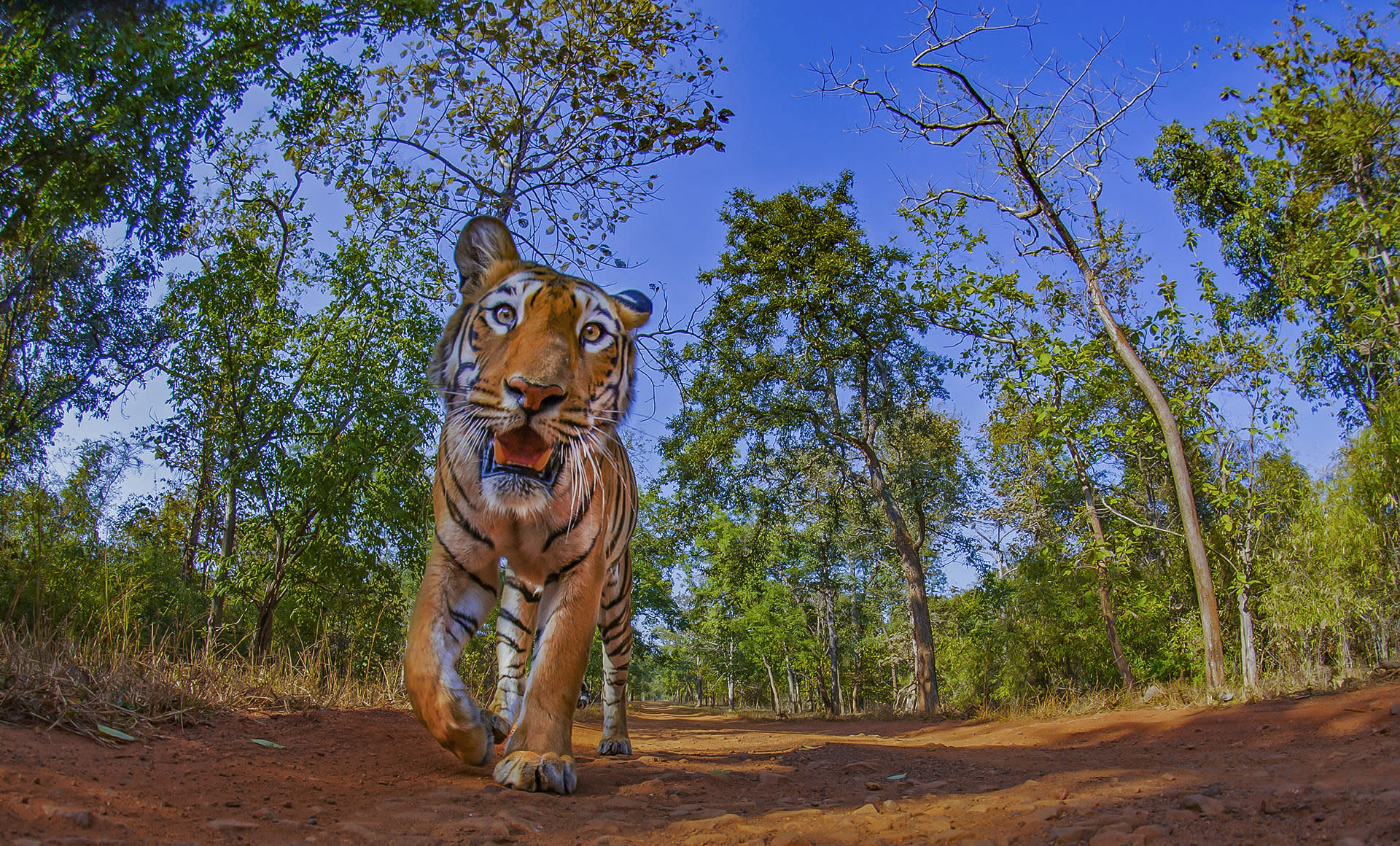 What is a tiger’s territory? In simplest terms, any area that is actively used and defended by a tiger is called its territory, says Chatterjee. “A tiger’s territory is its home,” he explains. “It knows where to find food and water, where to hide if it is threatened. It knows exactly where its favourite pool lies for a cool dip in the hot summer.”

There are many factors that influence a tiger’s territory. Chief among these, is the distribution and density of prey in the habitat. In Central India, the average size of a male’s territory is about 100 sq. km. In contrast, in parts the Russian Far East, blanketed with snow in winter and surrounded by high mountains, male Amur tigers have territories that span 1,500 sq km as the region has a very sparse population of ungulates. 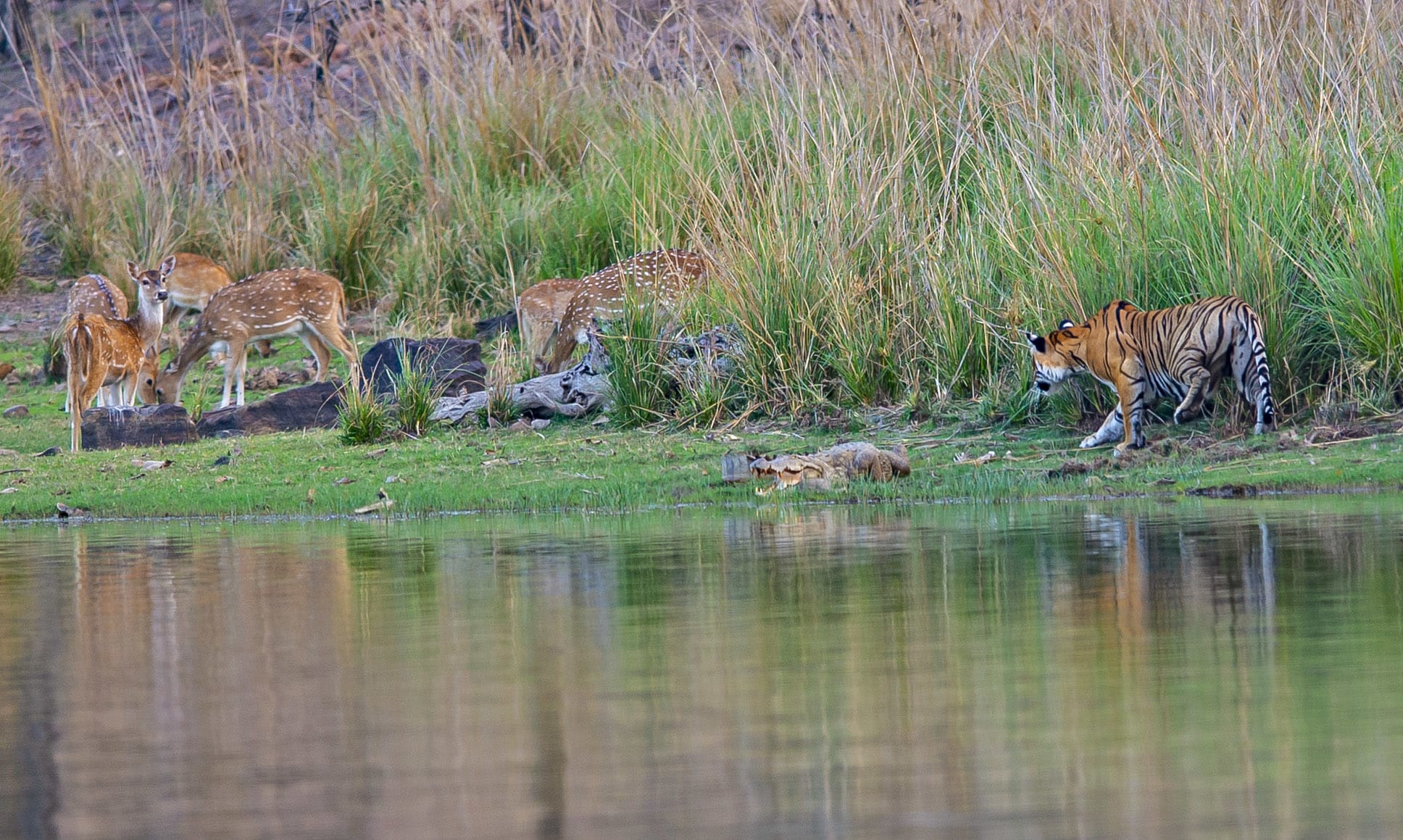 Since tiger territories are so large, active usage varies. “Some parts are used more in summer, others in winter,” says Chatterjee. In a paper on the tigers of Panna, by Raghunandan S Chundawat, Neel Gogate, and AJT Johnsingh, the authors write that the home range of a male tiger was nearly 100 sq km in winter, and twice as large in the summer months, when the numbers of chital, sambhar, and chinkara disperse more widely.

Tigers, like many large mammals, are believed to have a mental map of their territories. “For example, when a tiger misses killing its prey in a particular location, it will often immediately venture out to the next known location, where prey is abundant,” says Chatterjee. This is part of why scientists find tigers so fascinating: How do they decide the extent of their territory, and more significantly, how do they communicate this to other individuals in the habitat?

Tigers inform each other of their whereabouts through complex scent markings that contain pheromones. “They do this by spraying on trees, or any relevant spot during their regular movement through their territory,” says Chatterjee. “Tiger scat (poo) or scrapes (with their hind feet) also leave behind scent residues, which may function as cues to the tigers’ presence.” The big cats also have a variety of calls, although we have little understanding of what these calls mean, and the messages they convey. 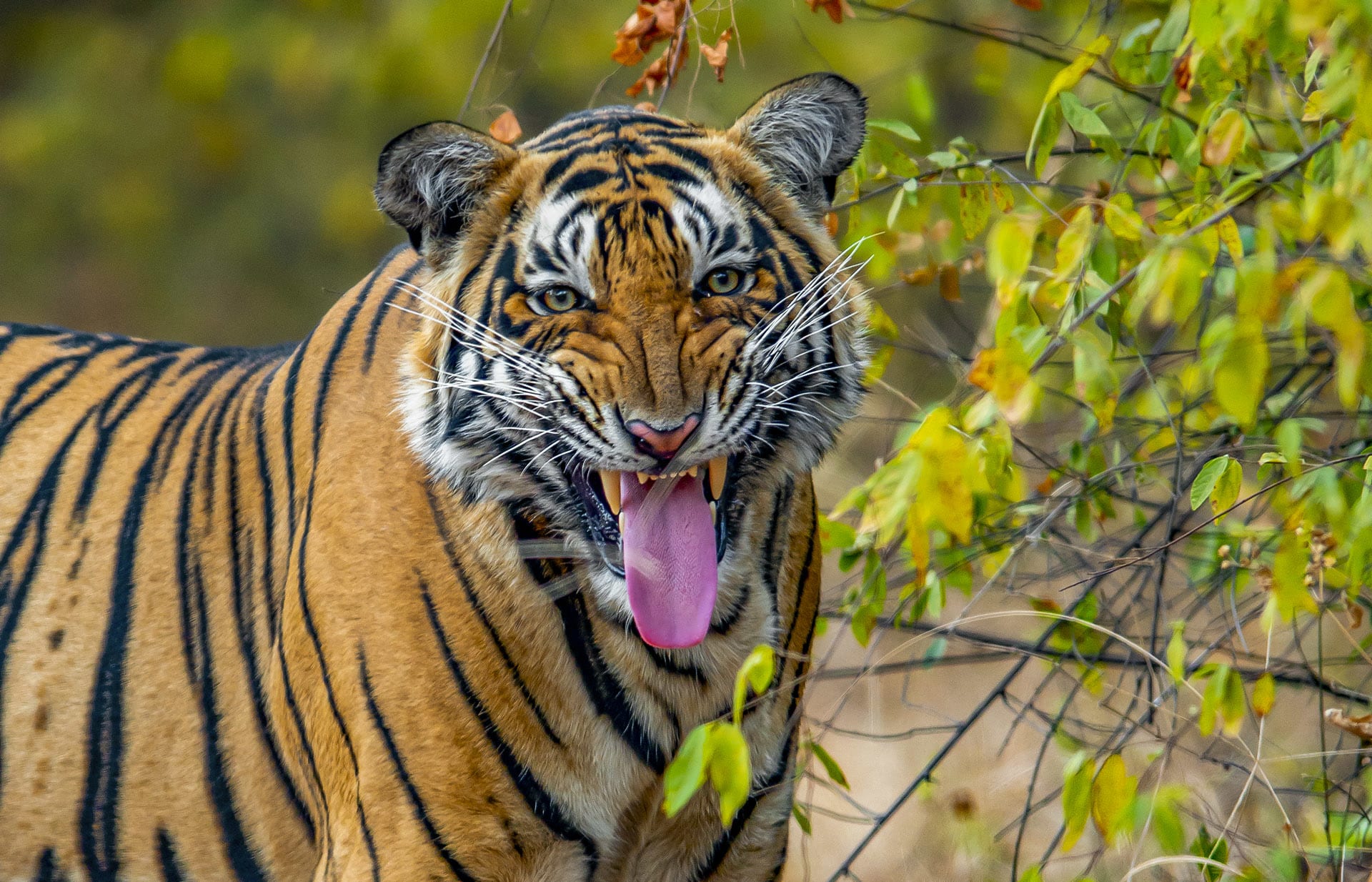 When a tiger sniffs the scent markings left by other cats, it scrunches up its face and opens its mouth in a manner that has been described as “grimacing”, and “tongue-out emoji”. This is called the flehmen response, and is meant to expose the Jacobson's organ, an olfactory receptor in the roof of a tiger’s mouth that allows the feline to “read” the pheromones and chemicals deposited on a tree or rock. Research suggests that male tigers use the flehmen to figure out the location of other tigers, and to determine if tigresses are ready to mate.

Males and females approach territory quite differently. In addition to prey density, females also prioritise “availability of denning sites, water, and how much anthropogenic disturbance they experience,” explains Chatterjee. “For males, it also depends upon how many females he can access for breeding. Males will often compete with other males in the region to expand their territory and gain access to more females.” According to WWF India, “the territory of an adult male may encompass territories of two to seven females.” 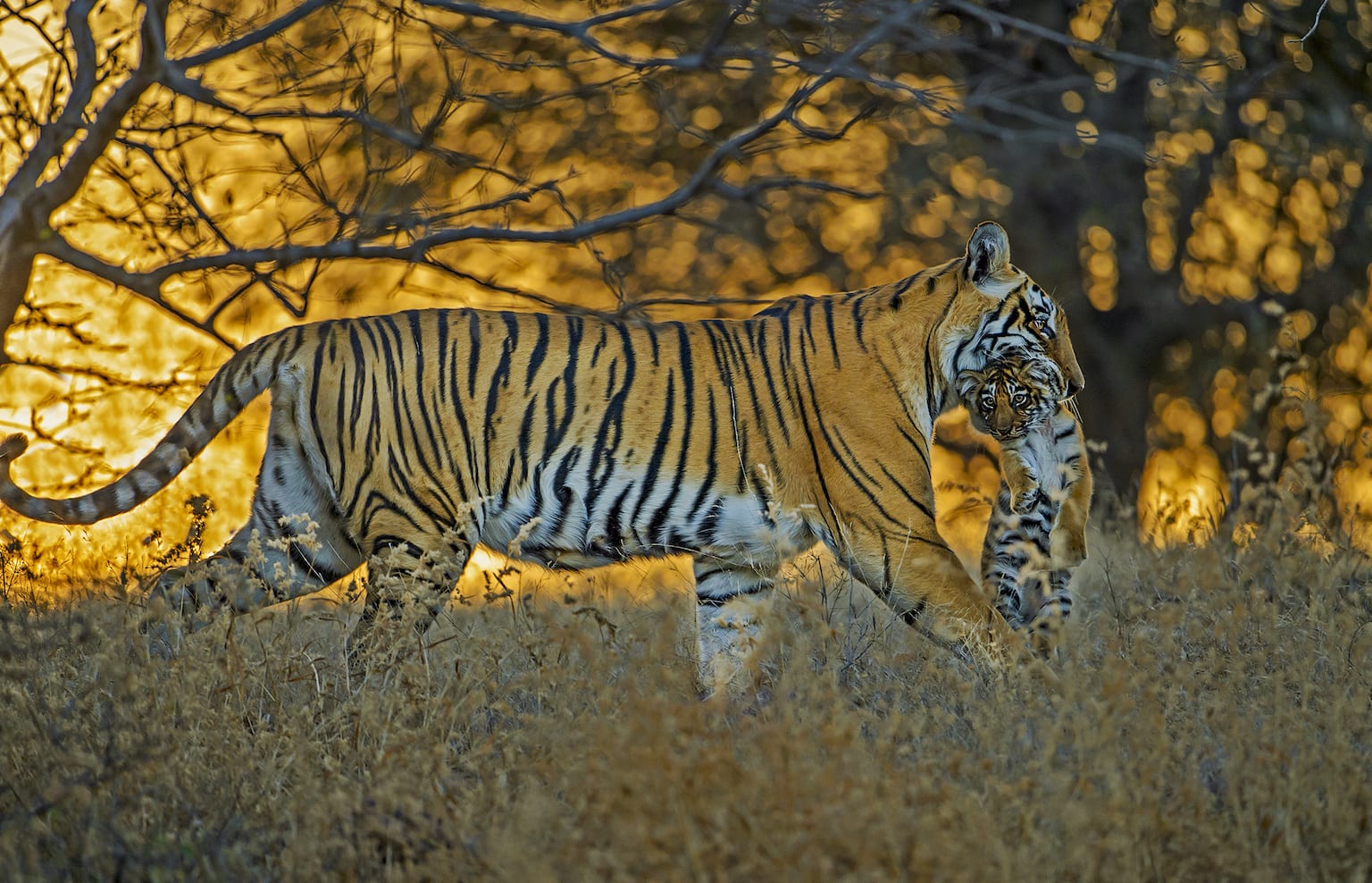 Tiger moms are very involved parents. During the first few months, they spend much of their time around the den, ensuring their young are warm, fed, and healthy. As they grow, cubs wander outside, and eventually accompany her on hunts. For these reasons, female tigers tend to select territories with good cover and access to food for their young. “Mothers with cubs are territorial, but they are also flexible, so if a new male comes into her territory, she will very willingly leave with her cubs to protect them,” says Chatterjee.

One of the reasons females leave their territory is to reduce the high infant mortality rate among cubs. “Many cubs die in accidents or are killed by new males that take over the siring males’ territory,” explains Chatterjee. “Such takeovers often lead to the new male killing all the cubs sired by the previous male. It may seem brutal, but it ensures the females come into heat quickly, as lactation ceases once the cubs die, allowing the new male to sire offspring, thus investing energy protecting his own genes, rather than another males’ genes.” 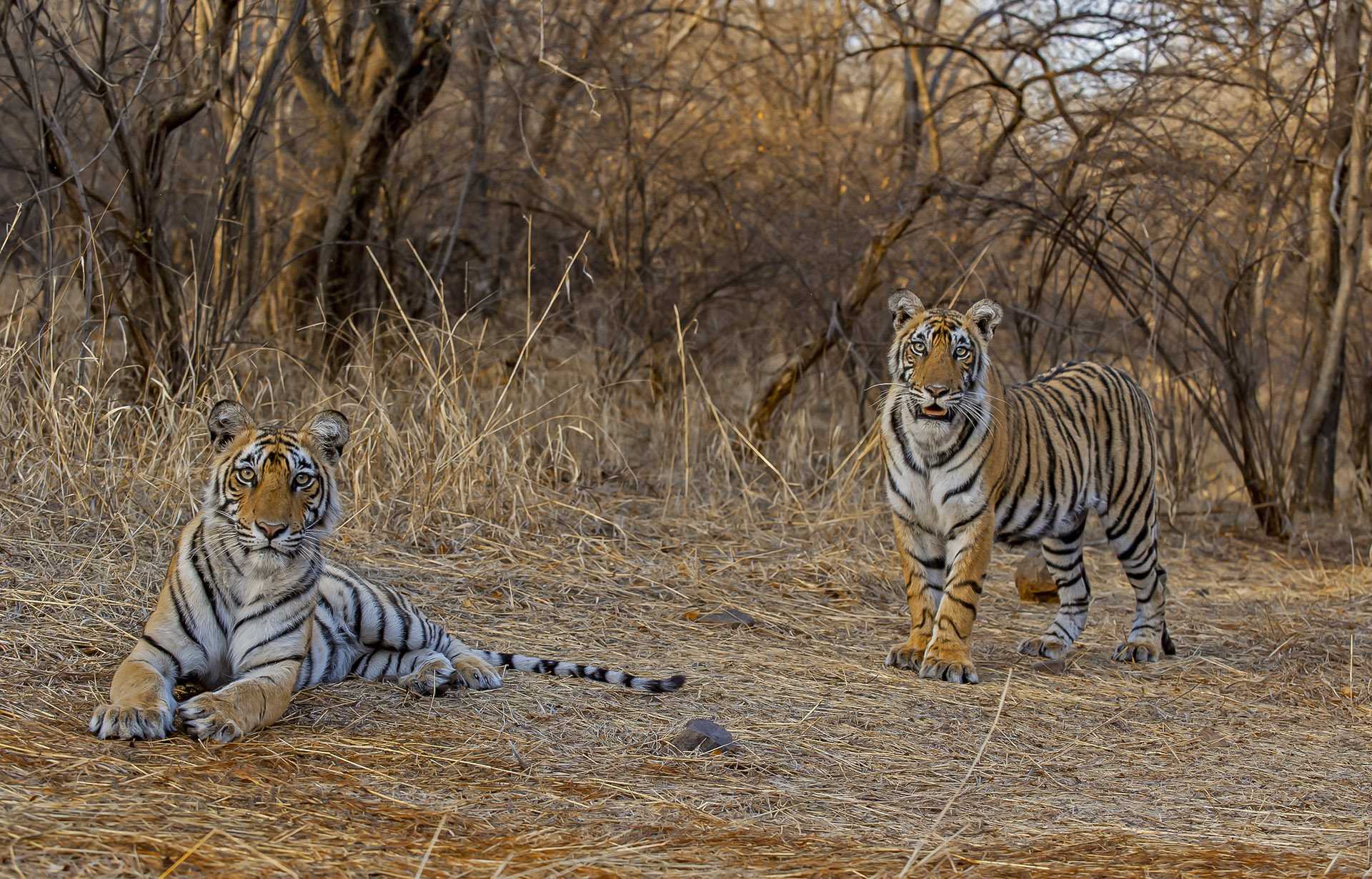 There are two ways that sub-adults create their territory: By challenging existing tigers in the area or finding a vacant area in the forest that is unclaimed. “More commonly, tigers undergo a lot of challenges and even a few battles before they are able to establish their own territories. Many may get killed in the process.”

As wild cover shrinks across the country, young tigers are exploring fringe areas like buffer zones, inhabited by people and livestock, therefore increasing the likelihood of human-animal conflict. For this reason, Chatterjee insists it’s important for conservation measures to extend beyond “Protected Areas”. “Over 40 per cent of the current estimated tiger population survives outside core habitats where they constantly interact with local people,” he said. If we expect the tiger to respect human spaces, it is imperative we take the time to understand and preserve their territories and homes.

Jack of all Tastes: The Versatile Golden Jackal