Tall and stately, black-necked cranes are short-term migrants in Ladakh, yet their elegance has inspired myths, folk dances, art, research and wildlife expeditions

Revered in Tibetan Buddhism, the black-necked crane appears often in Ladakh’s thangka paintings and monastery murals. Pairs are said to mate for life, and so humans have turned the bird into a model of true love. Its graceful mating dance is the basis for one of Ladakh’s most popular folk dances, the chartses. It seems appropriate, then, that the bird’s Ladakhi name — cha thung-thung — sounds so musical.
The cha thung-thung’s cultural significance is underlined by a final fact: it is considered lucky if you spot one. But not too many people have that luck in Ladakh anymore.

The nomads who inhabit these windswept Himalayan grasslands have always known it, but the first record of the black-necked crane is attributed to the Russian naturalist Count Przewalski, who sighted it near Lake Koko Nor in northeastern Tibet in 1876. The only alpine crane species endemic to Asia, the world population of this lovely bird stands between 8,800 and 11,000, with 90 per cent of those in China. It is listed as Vulnerable on the IUCN Red List. A study by Pankaj Chandan et al published in the journal Zoological Research recorded a maximum of 139 birds in breeding areas in Ladakh in 2012. By the 2016 census, conducted by experts from the World Wide Fund for Nature-India (WWF-India) and Ladakh’s Wildlife Department, the number recorded in Ladakh had fallen to 111, and only 15 of those were breeding pairs.

With those numbers, I didn’t assume I would see one of those rare couples on my visit to the Changthang Wildlife Sanctuary in July 2019. Arriving in Tso Kar after a five-hour drive through Changthang’s stony, cold desert, I found myself reaching for a 2017 volume of the journal Jungwa, handed to me in Leh the previous evening by its publisher, Lobzhang Vishudda of the Birds Club of Ladakh. It felt serendipitous: an article by Pankaj Chandan and Tsewang Rigzin informed me that the black-necked crane had first been recorded in Tso Kar by one F. Ludlow, almost exactly a century ago. Though Ludlow Saheb’s sighting was a mixed blessing for the cha thung thung: he “saw three cranes in Tsokar on 2 June 1919 and shot one for identification”. 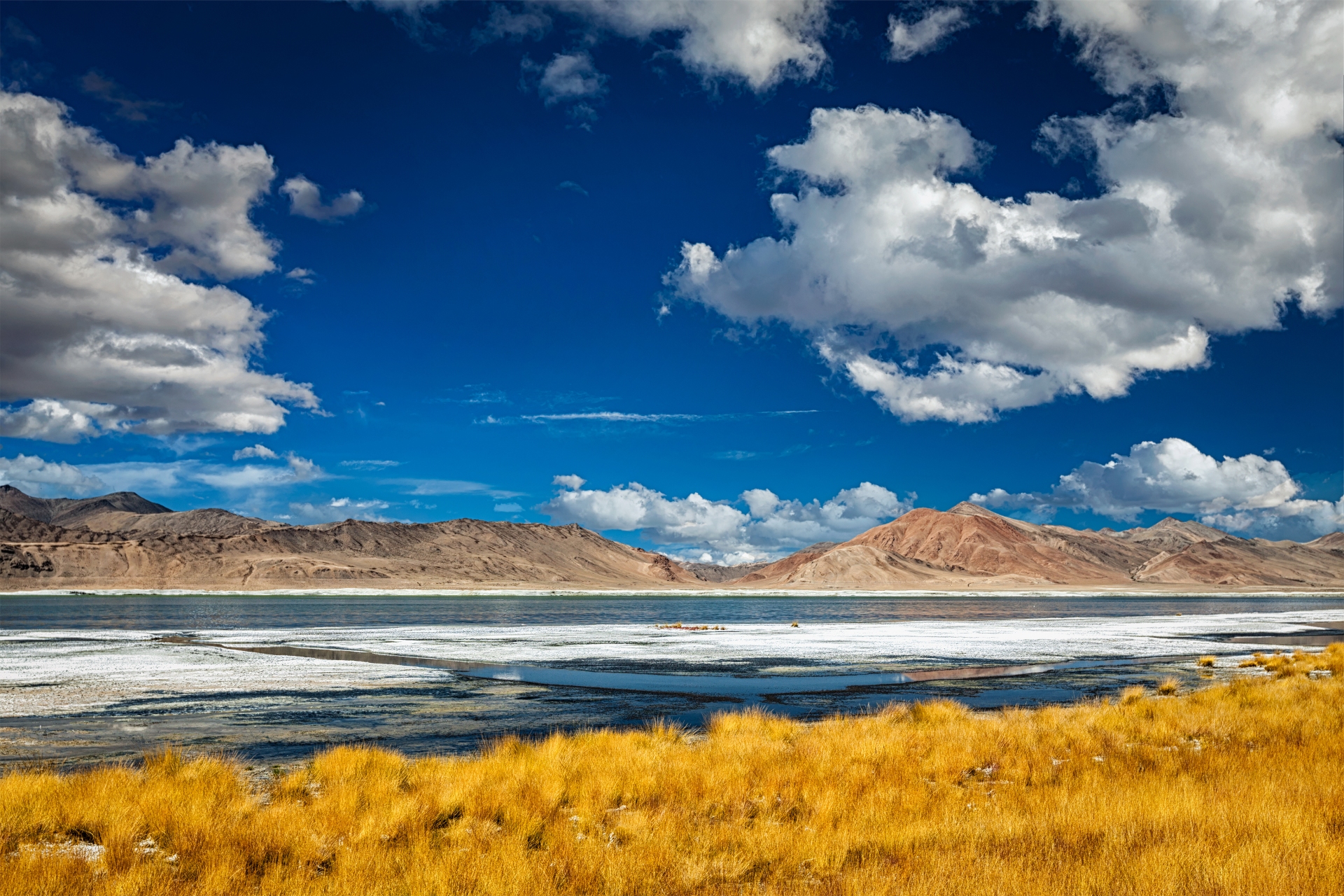 In recent years Tso Kar has become a high-altitude birding destination. The lake is among the only known breeding grounds of the threatened black-necked crane in India. Photo: Dmitry Rukhlenko/Shutterstock Cover: The black-necked crane arrives in Ladakh in late March or early April to breed. Its courtship, mating and nesting period extends till late October. By November any chicks that survive are the size of adults and ready to make it on their own. Photo: Saurabh Sawant

Around 3.30 pm, wrapped up against the cold drizzle, we set out for the lake. To the untrained eye, the salt-encrusted Tso Kar seems more marsh than lake. There are a few patches of water, but they’re some distance away from the road, even after we leave the tarmac for a rough path. Having driven the Innova carefully along existing tyre tracks, our driver Salim brings it to a stop in an expanse of greyish, sandy soil peppered with yak dung and goat pellets. Just ahead is a whole colony of ruddy shelducks. They are a swarm of activity, their distinctive orange backs keeping me glued to my binoculars as they dip in and out of the water: swimming, fishing, somersaulting.

It is only because of Salim and Sonam Angmo, my young birding guide from Likir, that I notice two tall birds in the distance. The contrast with the shelducks couldn’t be more striking. The cranes are slow and stately, and appear utterly content with their quiet party for two. Each eponymous black neck is elegantly supported by a proportionate greyish white body, with the white feathers turning to black at the tips of the wings and tail. Unlike in many bird species, the male and the female black-necked crane are similar in size and colour, so it is hard to tell them apart. One of them is preening. It uses its long beak to comb through its feathers, turning its long and flexible neck every which way: first smoothing its white back feathers, then stretching to cover its black tail plumage, and finally twisting down and around to reach the soft down of its underbelly. It does this for at least twenty minutes, completely preoccupied with the job at hand. 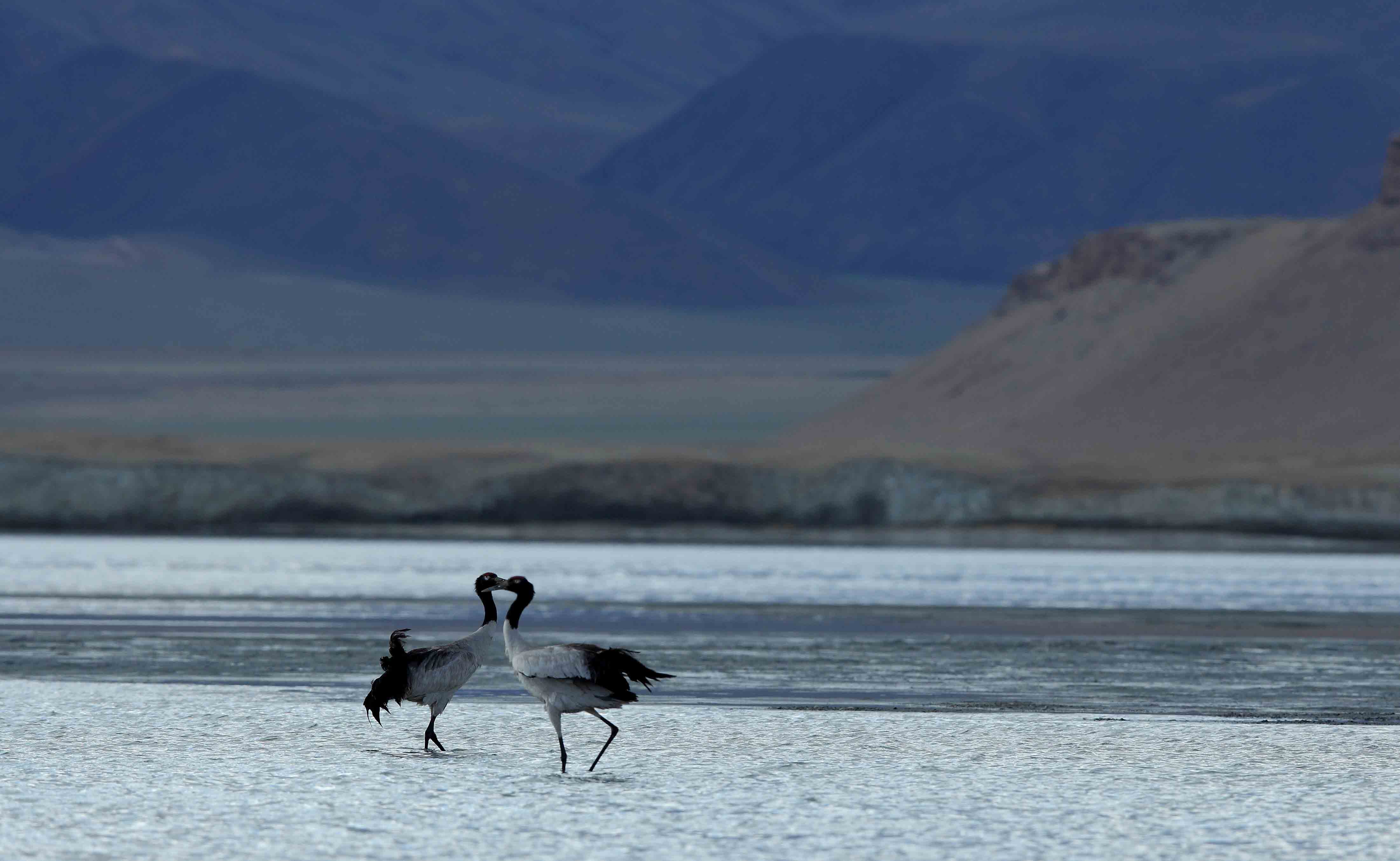 Black-necked cranes have spectacular courtship rituals, that include a dance with a lot of noisy clicking of bills, bowing, and leaping in unison with their wings wide open. Photo: Shivang Mehta

The second crane stands on one leg, the other folded up against it a modified Vrikshasana pose. After a few minutes, it puts the second leg down and begins to dig into the clayey soil with its long beak. We are not near enough, even with binoculars, to see what its foraging efforts have yielded: a juicy worm, some wiggling insect, or a tender root. Black-necked cranes are omnivores, supplementing their plant diet with frogs, lizards, and sometimes fish.

Black-necked cranes almost exclusively forage, breed and roost in wetlands. The protection of these high-altitude wetlands is key to their survival. Photo: Dhritiman Mukherjee

Twenty minutes or so pass. A single male kiang — the Tibetan wild ass, the most common mammal in these parts — appears nearby. The crane now seats itself. The ground is undulating, andmaking it is hard to see if there is a nest.In any case, male and female black-necked cranes are good egalitarian parents, taking turns to incubate their eggs. But something about the bird’s changed attitude now convinces me she is female. As I look into the spotting scope that Salim has now set up, the bird turns her snake-like neck first towards the kiang, then us. Under the distinctive red crown her eyes flash, as if daring anyone to come any closer.

Black-necked cranes share the wetlands of Tso Kar with a range of mammals such as the Tibetan wild ass (seen in the background), blue sheep, Ladakhi urial, and the Himalayan marmot. Photo: Dhritiman Mukherjee

We don’t. But if only parental belligerence were enough to allay more real threats. Local belief in their sacredness means that humans are not a danger to black-necked cranes (though in Han Le two days later, we had to prevent a troop of red-cheeked village children running at high speed into another crane pair: presumably for the pleasure of watching them take fright – and flight). For a bird that flies across the Himalayas twice a year, the black-necked crane is surprisingly earth-bound in breeding and nesting season. Arriving in Ladakh in April, it builds nests in open wetlands, usually from dead aquatic vegetation, making it vulnerable to an array of animals. The most common of these, and the most worrisome, are dogs. Surveys conducted in Tso Kar and the adjoining freshwater lake of Startsapuk Tso in 2002-2004 frequently recorded crane pairs laying eggs or giving birth to a chick, only to have them eaten by dogs. Tragically, that pattern continues. According to our Han Le homestay owner and wildlife guide Sonam Dorjay, local Changpa nomads have reduced the number of sheepdogs they raise, but a dangerous feral dog population has ballooned with increased waste food availability near army and Indo-Tibetan Border Police posts. 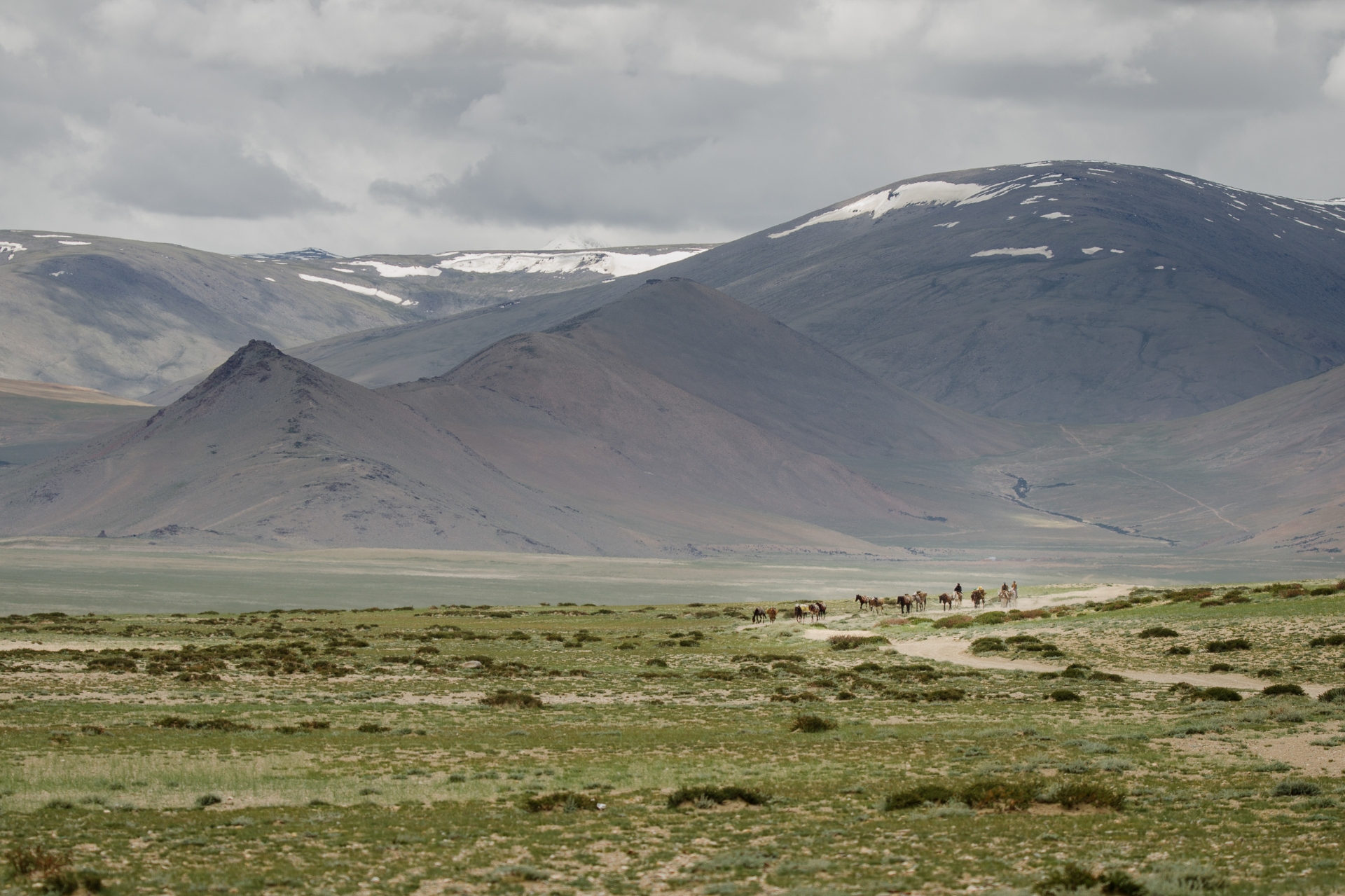 Changpa nomads are an ethnic community that often set up camp around Tso Kar in search of rich pastures for their livestock. Photo: Saurabh Sawant

Besides direct predation, the black-necked crane in Ladakh is also threatened by the depletion and fragmentation of its habitat. Causes of wetland destruction include climate change, including rising rainfall, causing excessive silt deposits, as well as road construction, increasing vehicular traffic, intrusive tourism (especially near Pangong and Tso Moriri), and grazing pressure from local herds.

Thoughtless developmental efforts by civilian or military authorities also causes habitat loss. In Han Le, for instance, certain glacial melt channels have recently been diverted under an NREGA project, not realising that such ‘cleaning up’ can kill off wetlands. “Humans may benefit a little bit [from these canals] — but wildlife suffers a lot,” said Dorjay. “And these birds are our jewels. They are what people will always come to see here. We have to think which is more precious, the present or the future?”

In Ladakh, black-necked cranes build nests on mounds in a small marsh or in the middle of water, to protect them from predators. Some studies have shown that the same cranes pairs build nests on the same mound year after year. Photo: Dhritiman Mukherjee