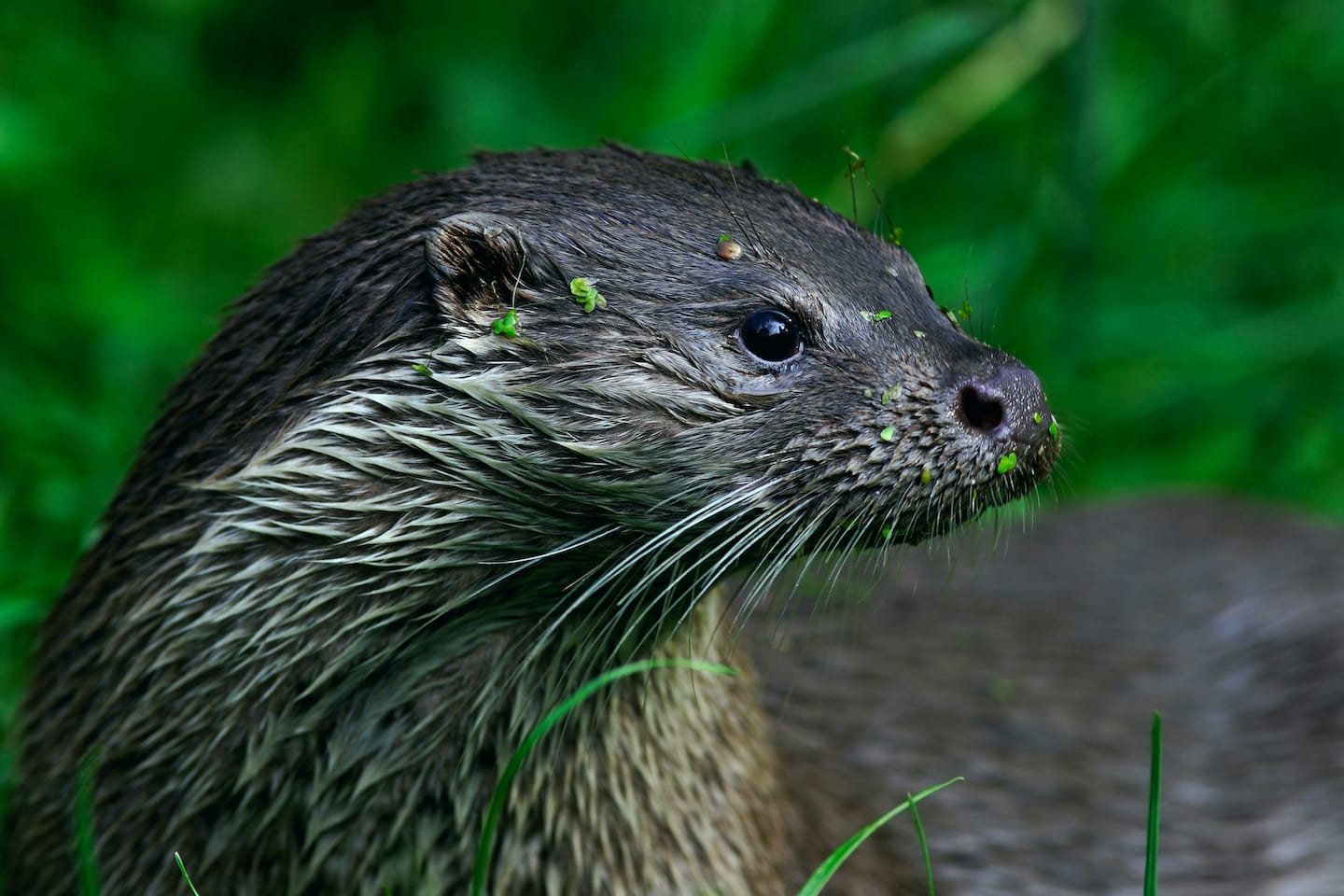 Some animals are enigmas. They elude us despite every effort by wildlife biologists and naturalists to track or observe them and understand their way of life. Then, out of the blue, they appear. Some creatures that come to mind that fit this description are the Nilgiri marten, ratel, caracal, and Pallas’s cat. But there’s one more that I have had a particular interest in: the Eurasian otter (Lutra lutra), one of India’s most elusive animals. It has been like a ghost in my life for a long time and continues to haunt me.

Colonial British naturalists like Reginald Innes Pocock, Stanley Henry Prater and others before them had described the Eurasian otter in India, often mentioning the type locality, common names, and what they thought were subspecies. The last reliable reports of Eurasian otters in peninsular India were in Pocock’s Fauna of British India (1939) and Prater’s The Book of Indian Animals (1948) which stated that they were present in the Western Ghats, in Coorg, and southwards. Otto Pfister in his Birds and Mammals of Ladakh (2004) mentions the Eurasian otter, locally called chushul. There is no doubt that they are found in cold Himalayan streams and rivers, much like their temperate cousins all over Europe and Asia. They have been recorded fishing in Ladakh’s frigid waters, possibly moving to lower altitudes during the big winter freeze. Eurasian otters are the most widely distributed of the 13 otter species worldwide, from the western limits of Europe to Far East Asia, and well into the tropics. 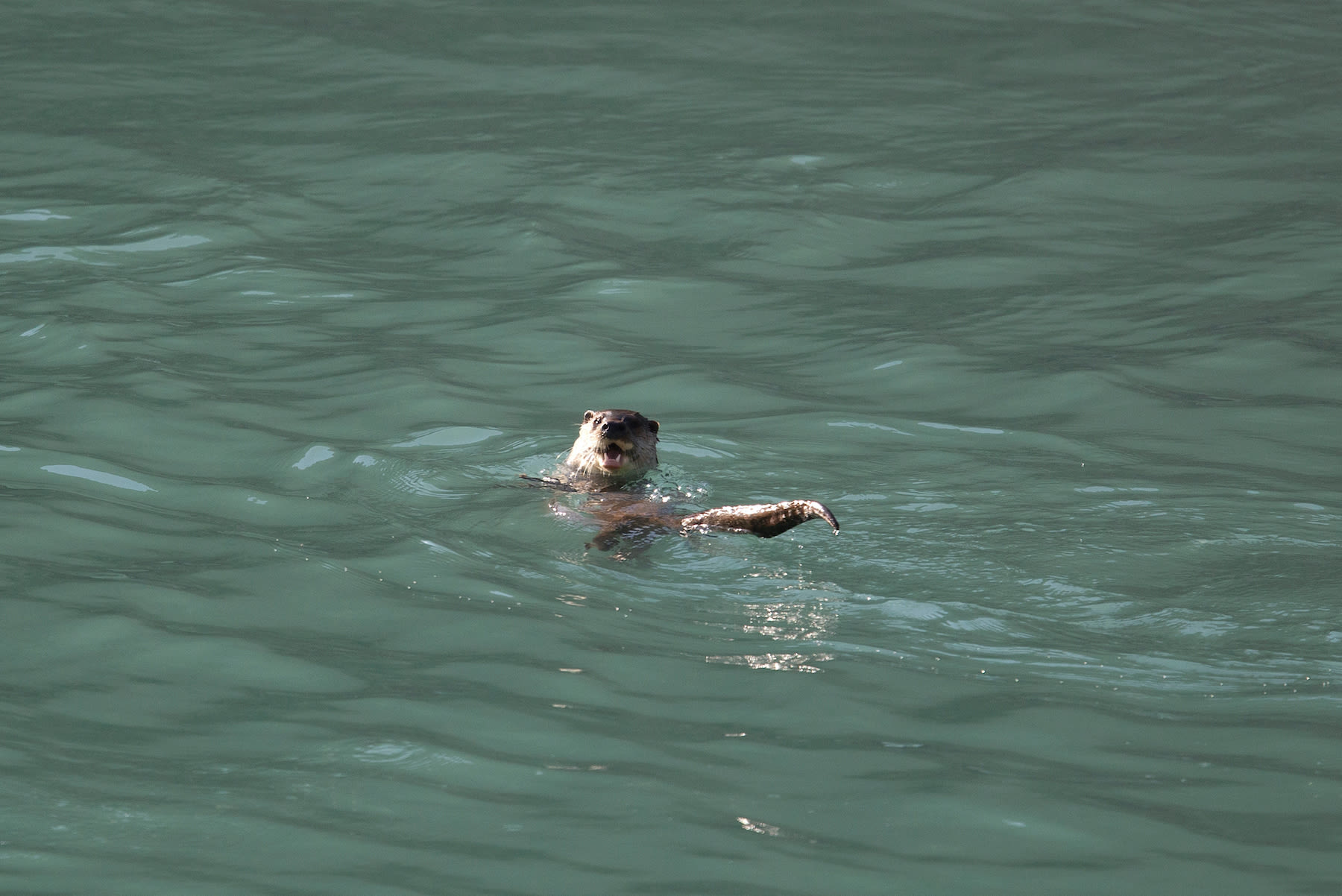 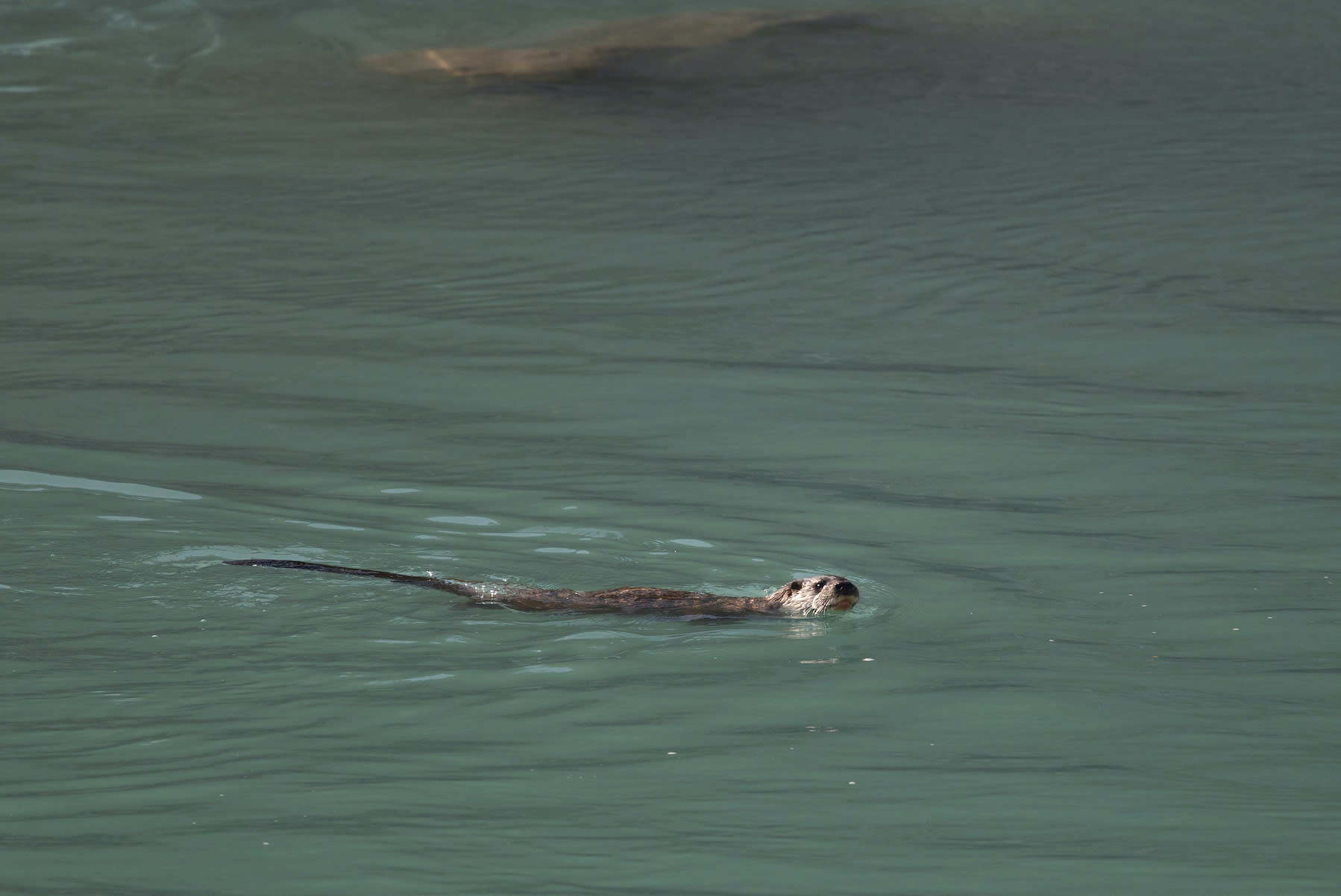 Until as recently as 2016, the Indus flowing through the heart of Ladakh was thought to be the only confirmed river valley in India to host a population of Eurasian otters. Photos: Surya Ramachandran
Cover photo: The Eurasian otter is the most widely distributed of the 13 species of otters found in the world. It occupies a wide variety of habitats from Himalayan rivers to coastal brackish water lagoons. Cover photo: Ondrej Prosicky/Shutterstock

In 2016, after spending a few years studying otters in southern India, I was very familiar with smooth-coated and small-clawed otters. Brimming with knowledge about otters, I was at my overconfident best. I was pretty sure the Eurasian otter had never occurred in peninsular India. The fact that there were no records for nearly 70 years led me to doubt the veracity of historical records. It boosted my theory that British naturalists had either misidentified smooth-coated otters as Eurasian otters, or mis-labelled the location from where some Eurasian otters were collected. Plus, the skins attributed to Eurasian otters at the Bombay Natural History Society collection in Mumbai could not be conclusively identified without the analysis of genetic material, which had not been done.

Otters can be hard to identify in the field without a close look and good photographs. Numerous studies have mistakenly identified the more common smooth-coated otter as the “common otter”, which is what the Eurasian otter is called in some parts of Eurasia. Smooth-coated otters are fairly easy to spot if you’re in the right place. They are well distributed in peninsular India. In places in the world where the distribution of the Eurasian otters and smooth-coated otters overlaps, it can be notoriously difficult to identify each species by just looking at indirect signs such as footprints. Which was why I found it hard to believe a recent study on the distribution of the three species of otters in southern India that had relied on signs like footprints. However, there was one mystery that I was acutely aware of: How had the Eurasian otter reached Sri Lanka if it was not present between the Himalayas and the island nation?

On the morning of 25th March 2016, I received a frantic text from my friend Pooja Pawar asking me to identify the dead otter in her photograph. She was studying great hornbills in the Anaimalai landscape and was on her way to begin the day’s work when her team chanced upon an otter lying on the road — another victim of our ever-expanding roads, speeding vehicles, and contracting habitats. I checked the image on my phone. It seemed to be a large otter. Needing a closer look I powered up my computer. To my surprise (shock, really), I was looking at what was surely a Eurasian otter. Having spent a few years in this landscape I was familiar with it, the small-clawed and smooth-coated otters were well known but the Eurasian otter had never been recorded there. Strangely, the dead otter was found near fields of tea on a fairly busy road, with only small rainforest fragments nearby. But I also knew that the Valparai plateau in the Anaimalai hills is a strange place. When I was studying small-clawed otters in the tea and coffee plantations of the plateau and the surrounding rainforests of the Anaimalai Tiger Reserve, leopards, gaur, great hornbills, lion-tailed macaques, and elephants were all familiar. There is undoubtedly an abundance of wildlife here despite massive landscape transformations over the past 150 years.

To confirm the otter’s identity, the “elders” at the research station sent a sample to the Centre for Cellular & Molecular Biology for genetic analysis. The results confirmed it was after all a Eurasian otter. With the appearance of the dead otter, a ghost had been resurrected.

Eurasian otters, like all other members of the mustelid family, do not hibernate even in peak winter. Photo: Martin Prochazkacz/Shutterstock

Not long after this incident, I saw camera trap images of the Eurasian otter from the Satpuras in Central India, a landscape that Pocock and others had concluded was not home to the Eurasian otter. I was sent pictures of one more dead Eurasian otter (another roadkill) in the middle of an agricultural area not far from Kanha in Madhya Pradesh. Later, while scouring camera trap images from a tiger monitoring project, I saw another Eurasian otter lurking among the tigers of Bhadra Tiger Reserve. We would identify more Eurasian otters in the months and years to come, from places as diverse as Chilika on the east coast, Bandhavgarh in Central India, and Coorg in Karnataka. There seemed to be an arc of records forming, starting from the southern Western Ghats, going up the chain, curving into Central India and ending at the east coast. They were diverse habitats, all confirming the presence of this once mysterious otter. I had been wrong all along.

The pieces of a jigsaw puzzle were finally falling into place. There was no mystery anymore about how the Eurasian otter reached Sri Lanka. They were always in peninsular India, hiding in plain sight. What was inexplicable though was this sudden spurt of records following the first one in the Valparai plateau in 2016, when there was nothing for seven decades before. People have camera trapped fairly extensively in many wild landscapes across the country albeit with differing objectives. Somewhere, hidden deep in somebody’s data I think, is at least one photograph of the Eurasian otter. From what I have now gathered, I believe Eurasian otters are wide-ranging, nocturnal animals occurring naturally at low densities. They seem able to adapt to using a wide range of habitats from Himalayan rivers and wetlands to peninsular India’s forests and humid, coastal lagoons. These factors might account for them being so elusive. 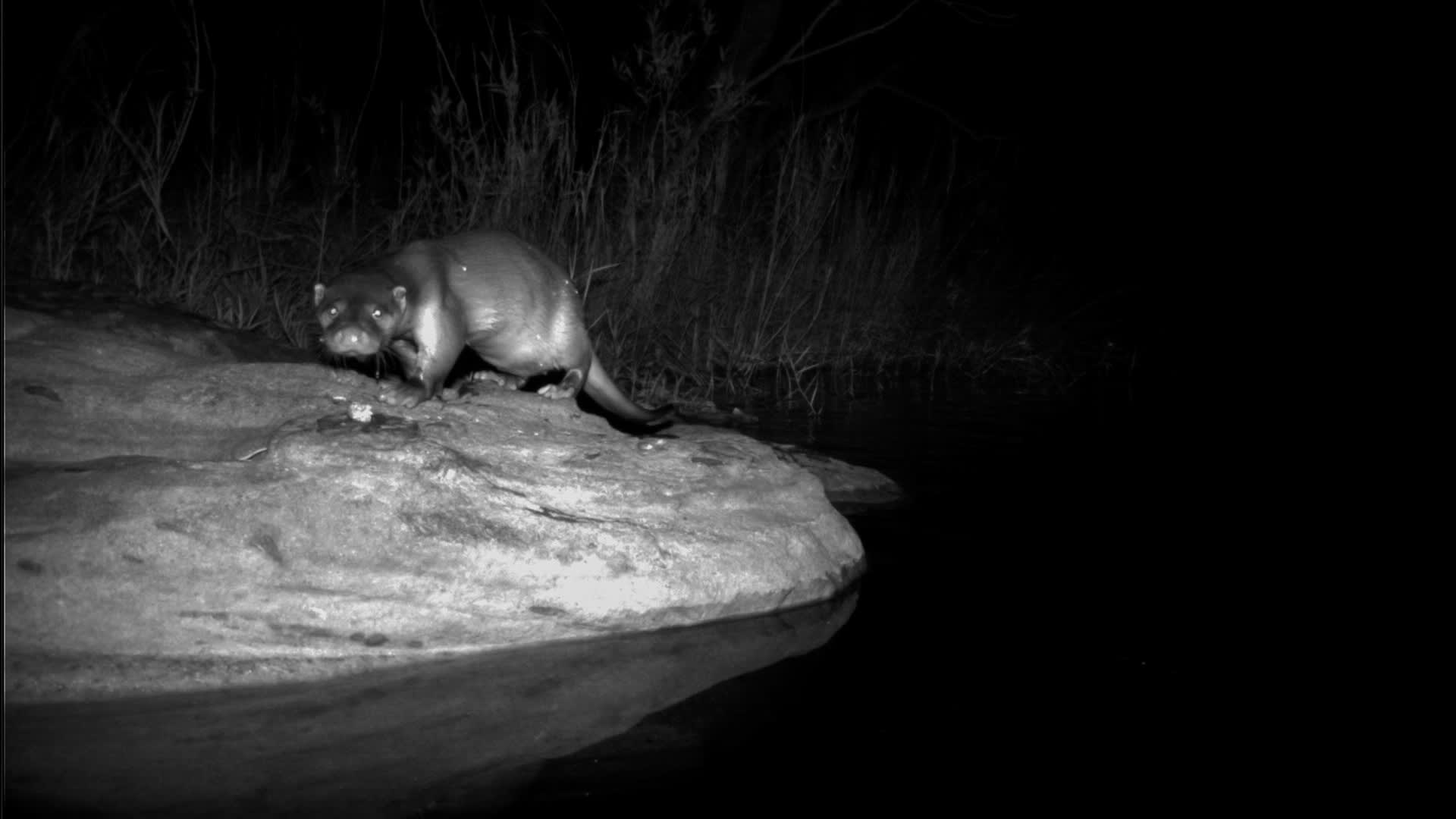 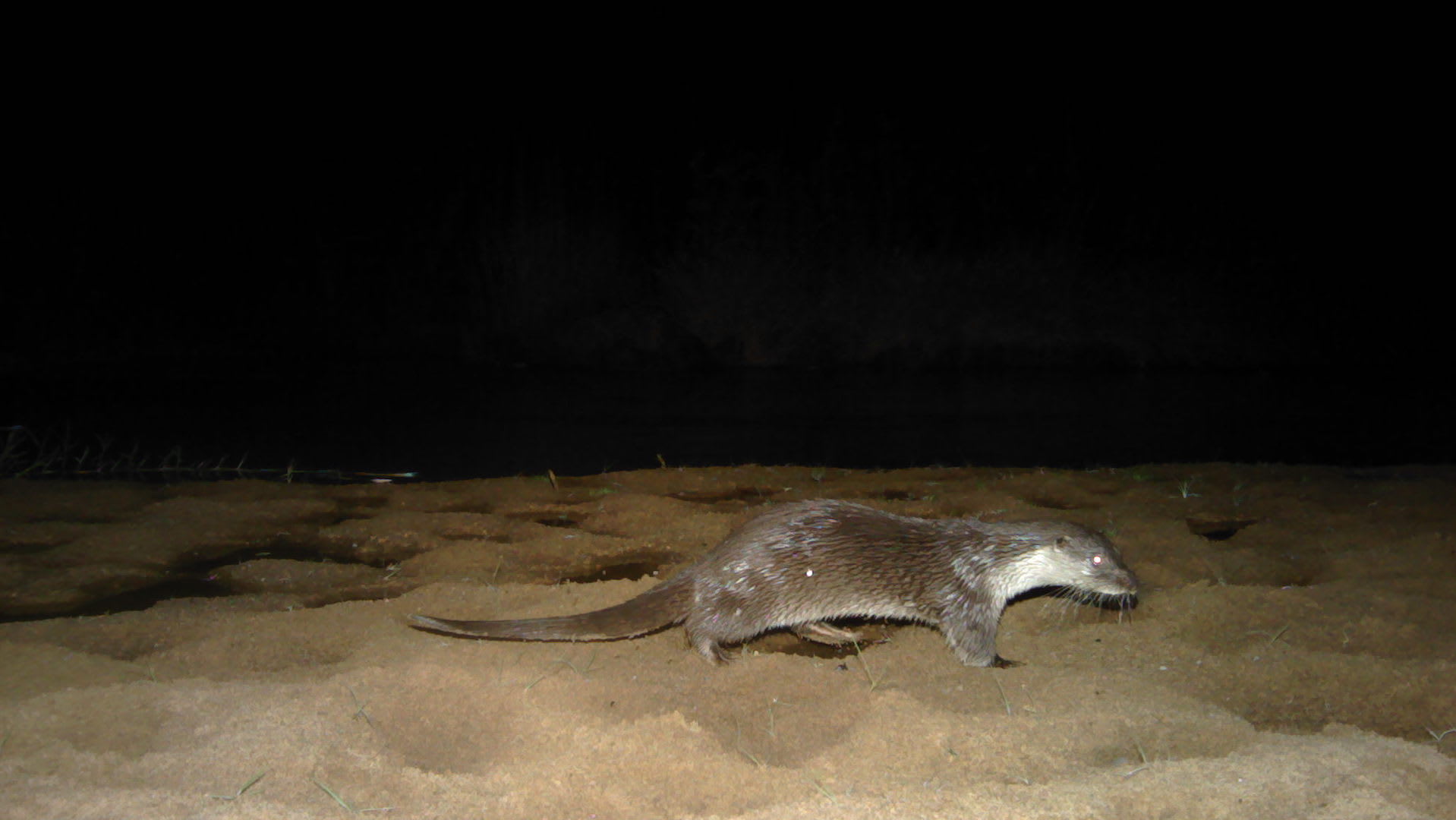 Camera trap images of the Eurasian otter from Satpura helped establish their presence in a landscape from which they had never reported before. Since they are incredibly elusive, automated camera traps are one of the best devices to record their presence. Photos: Aditya Joshi/WCT

It is easy to miss cryptic species despite knowing every bend and fold of a landscape. The forest owlet was rediscovered after 113 years as a diurnal bird in the deciduous forests of Melghat when we were clearly looking for them at the wrong time of the day! Will the Himalayan quail, pink-headed duck, and Jerdon’s courser turn out to be the “Eurasian otters of the bird world”? Unlikely, given the onslaught their habitats continue to face. No place in India is safe for them. Species that occur at historically low densities and that need large territories (or have a very small distribution), might be doomed by human expansion. We stand to lose so much as we carve away at every inch of space occupied by wildlife. While I’m tempted to say that all is not lost and that there is hope in conservation, for many elusive species time is not on their side. Somewhere in the dark, a Eurasian otter is doing what it does best — staying away from prying eyes. The dark of the night and inky black waters are its only friends while it navigates an increasingly uncertain world.