Tall, boisterous, and dressed in a ballerina’s pink tutu, the flamingo looks like it stepped out of a whimsical Lewis Caroll fantasy

It really does seem that the flamingo is a bird that Lewis Carroll might have conjured up after a night on the town. Here you have a tall (up to 5 feet) pinkish white bird dressed in a ballerina’s tutu and with spindly legs that go on forever, a beak like a boomerang (or banana), which it uses upside down, and all the hauteur of a brigadier-general on the parade ground. And, as is their custom, when flamingos flock together during their breeding season, they will march stiffly, jerking their heads this way and that, “saluting” with their pink, black and white wings all the while “gabbling” softly if a little menacingly under their breath. This is actually nothing but a courtship display. I once watched a battalion of greater flamingos do just this on Sultanpur jheel in Haryana, and couldn’t help but salute them.

We host two species of flamingos in India (out of six in the world) — the 5ft. tall, pinkish-white greater flamingo (Phoenicopterus roseus) and the smaller lesser flamingo (Phoeniconaias minor), which sports a dark pink bill, which can appear black when seen from a distance. Lesser flamingos got themselves a lot of publicity recently when hundreds flocked to Mumbai’s Mahim Creek earlier this year. But we can only imagine the excitement Salim Ali must have felt when he first encountered the famous “Flamingo City” on the Rann of Kutch, many years ago — the vast breeding grounds for the greater flamingo in India. Several winters ago, I felt the same frisson of excitement on the vast squelchy bed of Sambhar Lake in Rajasthan — where thousands of migratory greater flamingos were said to have camped. As we treaded carefully on the oozy mud, all I could see of them were tiny pink feathers in the mud being tugged this way and that by the breeze. And then, on the horizon, a pink shimmer, stretching right across — the birds were here all right, but very far away! 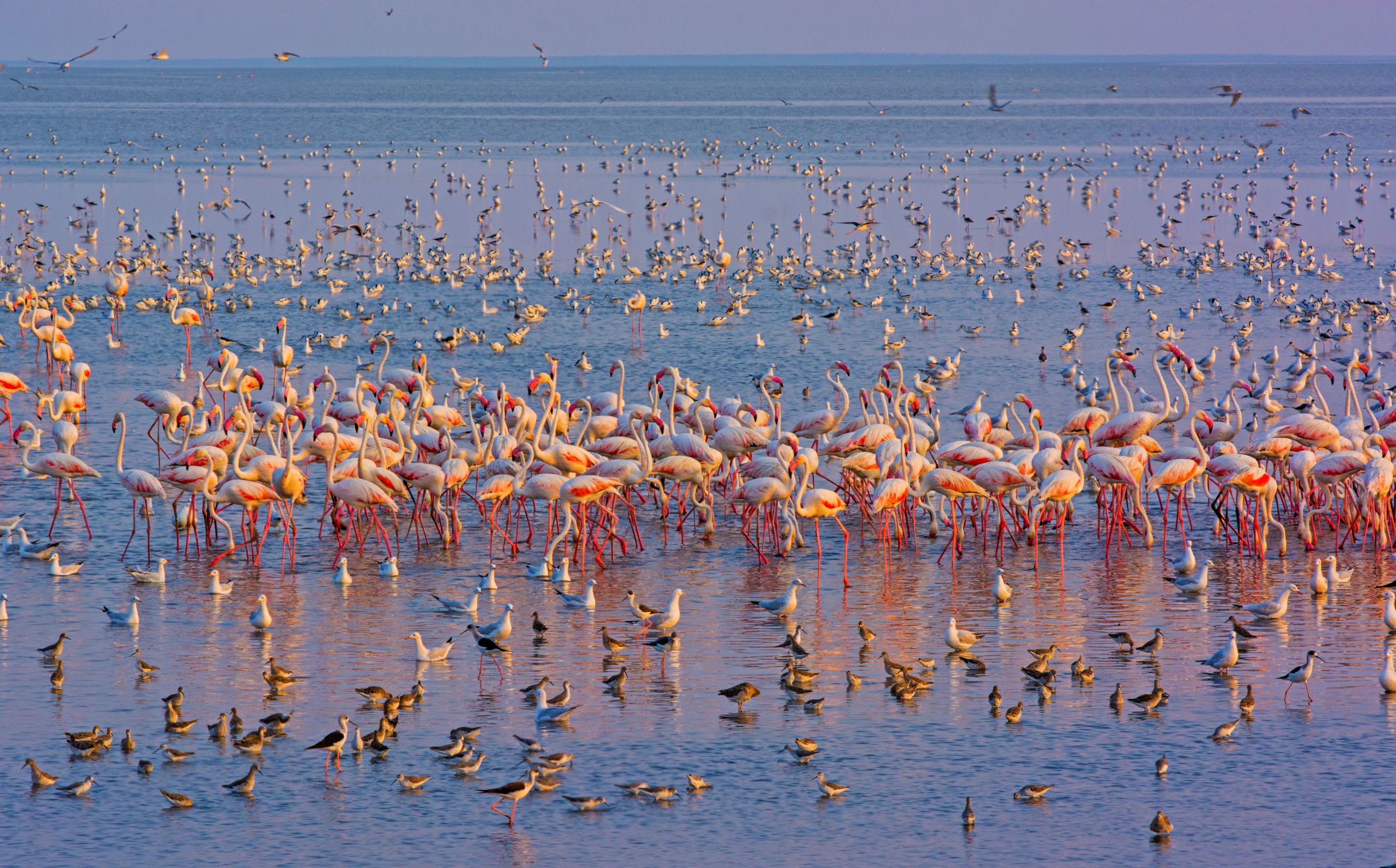 These gregarious birds live and feed in flocks. Individuals find safety in numbers when their heads are down in the mud.
Cover photo: Greater flamingos pair for life and their courtship ritual involves synchronised dancing, preening, neck stretching and honking.

Ironically, I’ve got several subsequent, much closer sightings of them right here in Delhi, flying over Rajghat, and on the Yamuna near Okhla, at the Sultanpur National Park in Haryana. I often wondered why such sensitive birds would choose Delhi to settle down in. But flamingos are tough birdies. They can move about in the most ferociously saline and alkaline waters with their knitting needle legs that almost seem corrosion proof. Their webbed feet prevent them from sinking in the glutinous mud (though they have to be careful that the clay doesn’t “bracelet” their delicate ankles and anchor them down). The webbed feet are also useful to stir up the mud at the bottom of shallow water bodies, so they can slurp up plankton, tiny crustaceans, mollusks, algae and other microscopic life with their weird-looking bills. The birds insert their heads and bills upside down into the mud, and their tongues work like fast-moving pistons, sucking in the water and expelling it. Special filtering hairs (lamellae) trap all the good nutritious food, much of which are rich in carotenoids — the pigments that give the birds their pink hue. Lesser flamingos have a different diet, concentrating mainly on the blue-green algae in the water near the surface, so there’s no competition for food.

Seen up close, the greater flamingo is impressive enough what with its haughty demeanor, military gait and pale pink plumage. Watching a flock fly overhead, bank and land on a shallow water body is breathtaking. The squadron flies over looking like balsa-wood model aircraft designed by a crackpot — the hooked bill is thrust forward, the slender neck curved in a delicate ‘S’ and the long slim wings a stunning scarlet and black. They bank, lower their legs and touch down with a feather-light hop and skip. The birds travel a lot in their search for food.

Their bent beaks with an inbuilt filter allow them to scoop mollusks, plankton, crabs, tiny fish and insect larvae from muddy flats or shallow water.

Greater flamingos breed in vast colonies in the Rann of Kutch usually between September and April. Courtship displays occur en masse, with the birds marching up and down stiffly, eyes to the right, eyes to the left, and “saluting” with their wings — in order to impress one another and pair off (though they may change partners every season). Their “nests” are one-foot tall muddy volcano like cones, with a hollow in the middle in which a single chalky bluish-white egg is laid. Both parents participate in the incubation (which lasts between 27 and 31 days) and the early care of their chick. They recognise each other by their calls. All too soon, the chick, clad in wooly grey (along with all the others) is sent off to a crèche to be minded by a few adults who usually don’t have their own chicks or may have lost them. These creche managers take their wards to freshwater sources. Interestingly, it has been seen that if these adult birds don’t have their own chicks in the crèche, they treat the wards pretty roughly. However, if their own chicks are admitted too, then the others get much kinder treatment. Juvenile flamingo chicks sometimes form hungry gangs which can terrorise the colony causing parents to desert en masse. Flamingos are pretty neurotic about peace and quiet while nesting, and entire nesting colonies may be abandoned if a plane flies too low or a predator is spotted. They and their chicks may be preyed upon by raptors, feral dogs and jackals. While the greater flamingo is considered to be a bird whose threat perception is “of least concern”, they are being affected by pollution — soda ash in the water thanks to mining, the ingesting of lead shotgun pellets and heavy metals and even hunting. They breed just once a year and live between 20 and 30 years. 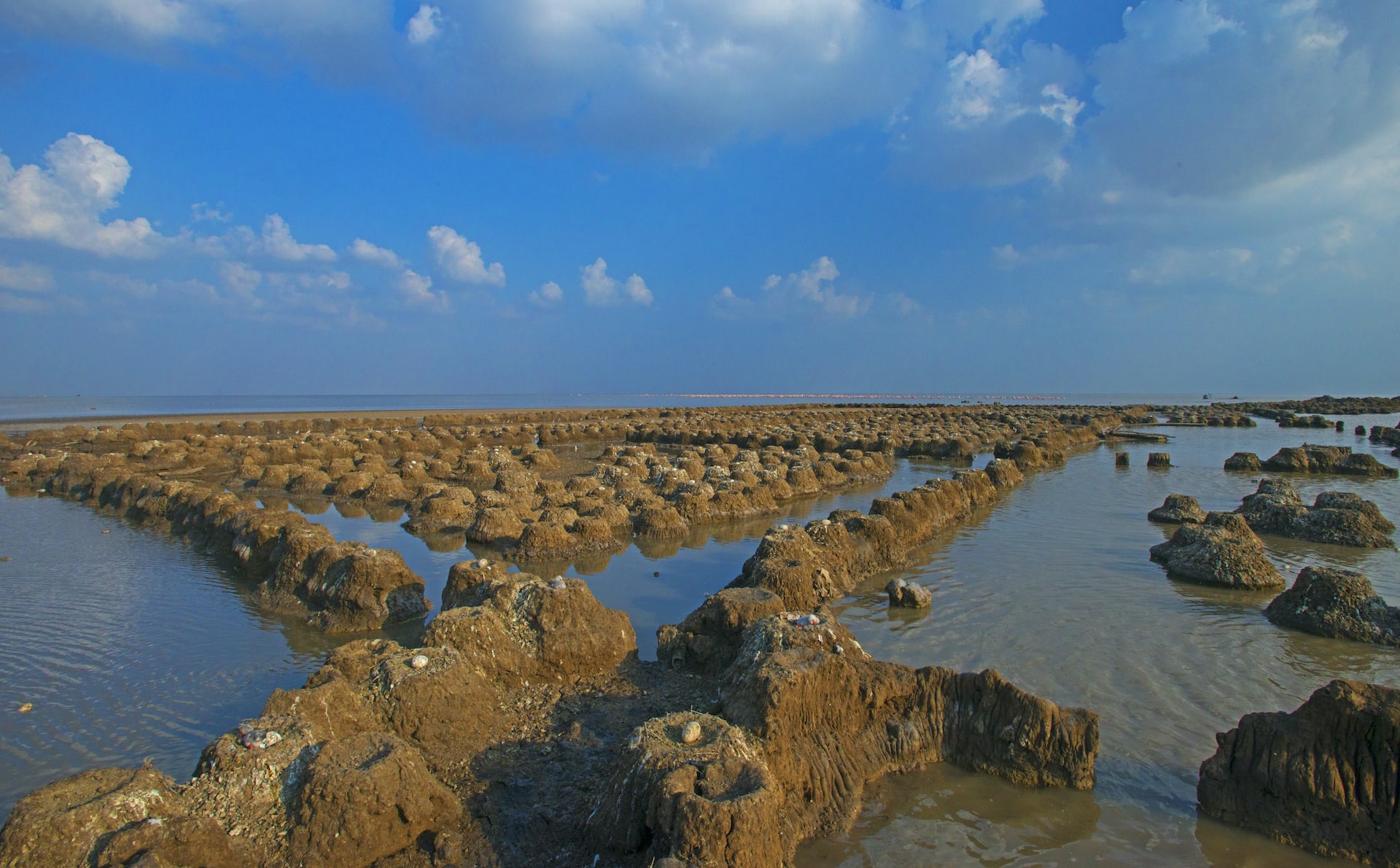 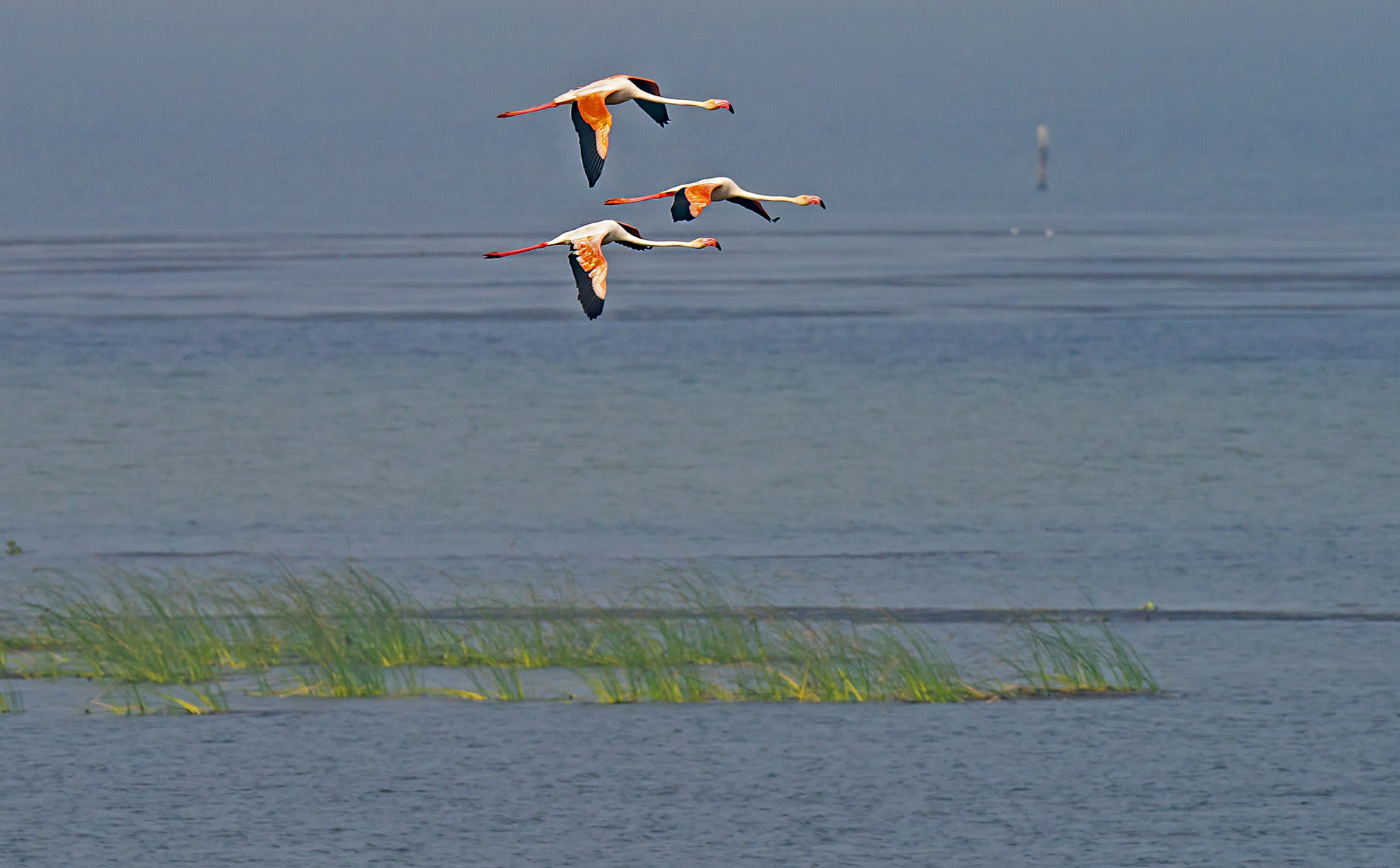 Greater flamingos lay a single chalky-white egg in a nest made from hardened mud with a shallow depression in the top. The birds are fully grown in around two years.

Flamingos can be found on shallow briny water bodies and salt pans — both on the coast and inland, including rice paddies. Some of the best places to view them are on Lake Pulicat in Andhra Pradesh, Chilika Lake in Odisha, the Okhla Bird sanctuary in Delhi, Point Calimere in Tamil Nadu, Sewri and Mahim creek in Mumbai and several water-bird sanctuaries in Gujarat. And these frabjous birds are always a treat to watch.