The golden jackal, found in almost every habitat in the country, has inspired folk stories and songs, but also a few questionable practices that have led to poaching of the wild canid 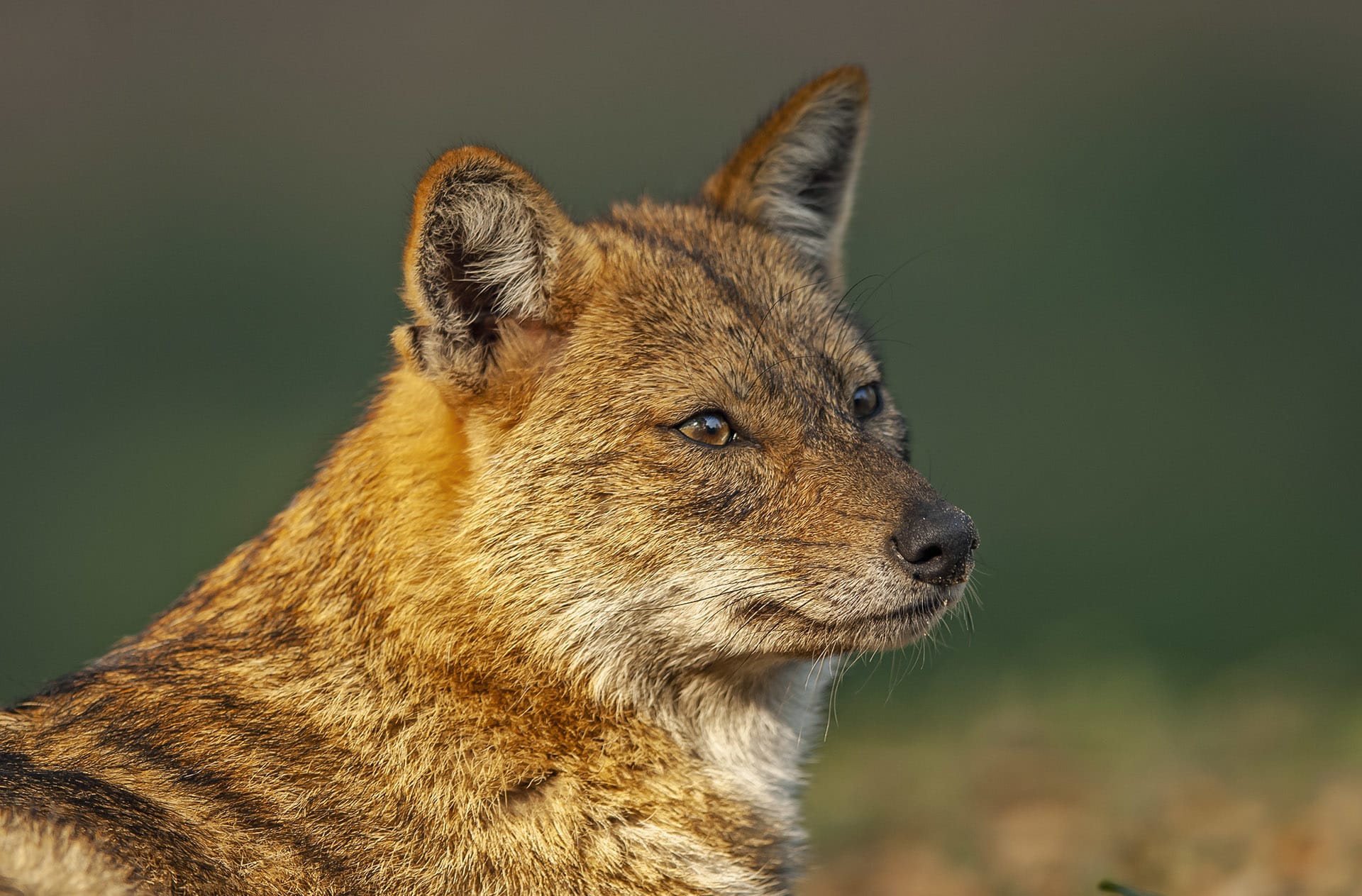 The golden jackal appeared in my life by chance. A beautiful luck-by-chance, when I first heard the haunting feral howls late evening, in a village in South Goa. That evening, the collective howls rattled me. With time, I grew rattled when I did not hear them. The feral howls filled me with curiosity and set me on my path of learning.

Golden jackals (Canis aureus) in Goa inhabit most habitats, including protected areas, and urban and rural human-dominated landscapes. They form an integral part of Goan villages, akin to other small mammals like civets and mongoose. Children in these landscapes may grow up listening to stories of “jackal uncle” and “jackal aunty” and sing along to folk songs about them. These stories and songs were particularly interesting to me because I learnt certain ecological aspects of the species like their distribution and diet through them. In one such story, a jackal climbs up the jamun tree to feed on ripened berries. The neighbourhood children call out, “Kolo mama, kolo mama! Amkai thodi jamblam udoi re.” (Uncle Jackal, please throw down some berries for us!) Instead, the jackal has a good meal of the jamun and throws the seeds at the children. Golden jackals have a flexible diet — utilising a variety of food sources that vary according to the habitat they live in. Besides small-sized prey and carcass remains, vegetation in the form of grass, leaves and fruit also constitute a part of their diet. In fact, a study from the coastal forests of Andhra Pradesh and Tamil Nadu found that jackals consume the fruits of up to 22 plant species including Syzgium cumini or jamun. Jackals may disperse seeds away from the parent plant as droppings, thus reducing competition and increasing chances of the survival of those seeds. Their role as fruit-eating mammals and consequently seed dispersers in their diverse habitats in India is less recognised and under-appreciated.

The golden jackals of north India such as this individual photographed in the Pilibhit Tiger Reserve, Uttar Pradesh, tend to be larger and heavier than their cousins found in peninsular India. Photo: Dhritiman Mukherjee
Cover: Found in almost all protected areas of India except those in the high Himalayas, the golden jackal or Indian jackal is the most widespread wild canid in the Indian subcontinent. It is believed to be a modern-day descendant of the extinct Arno river dog that lived in Mediterranean Europe some 1.9 million years ago. Cover photo: Dhritiman Mukherjee

When I went on early morning quests with my college friends to look for jackals among mangroves, crop fields and scrubland in South Goa, it was not unusual to find jackals by a road feeding on garbage. Other than household waste, some people would dispose of slaughter waste and livestock carcasses on roads, in mangroves and in agricultural fields of the village. These human-generated food sources are not only available to jackals but also to free-ranging dogs and birds of prey. Research on the golden jackal in its range in Europe has shown that the jackal provides ecosystem services to human communities by means of its ecological function as a scavenger. It is estimated that across Europe, jackals remove significant amounts of livestock waste and crop pest rodents, saving Europe a staggering 2 million Euros a year (a 2016 estimate). The implications of this study are particularly important in the context of the animal waste disposal system in Indian urban areas where a systematic disposal plan may not even exist. However, human-generated food sources may also come with costs to the jackal like consumption of plastic waste and other toxic substances, an increased risk of road-related mortalities, increased transmission of parasites and other pathogens and possible conflict with humans. Scavenging on food dumped by people may also bring jackals in close proximity with free-ranging dogs that are already highly dependent on these food materials. Some of the ways that domestic dogs can impact golden jackals are through competition, disease transmission and hybridization (interbreeding between dogs and jackals). It has been observed that in areas where dogs are dominant over shared resources, golden jackals do not scavenge from carcasses. Additionally, jackal-domestic dog hybrids are not uncommon in India, and these hybrids may often be identified by their presence in a jackal pack.

The adaptable nature of the jackal along with its efficiency as a scavenger has enabled it to thrive in some urban environments. This individual was photographed at the Tollygunge Golf Club in Kolkata. Photo: Dhritiman Mukherjee

The golden jackal inhabits most of southern Asia, the Middle East and south-eastern and central Europe — a range spanning two continents. But what do we know about the most current estimate of this distribution in India? In 2018, I was a part of a team of Indian scientists that go by Wild Canids-India Project (WCIP), that led a citizen science initiative to better understand the distribution of golden jackals in India. Although this is not the first citizen-science driven attempt to study jackals across the country, the project pioneered in building an extensive database about jackals, as well as other wild canids and striped hyenas. Records of jackal presence were sourced from citizen science surveys, social media, published literature and governmental open-source databases to map the distribution of jackals. The study concluded that jackals occupy roughly 75 per cent of their potential habitats across the country — with the widest distribution among other wild canids and the striped hyena.

Imaginary horns and other challenges

In India, a little-known threat faced by jackals is illegal poaching and trade. The WCIP team conducted a preliminary study of this threat. The study revealed that between 2013 and 2019, the Wildlife Crime Control Bureau (Government of India) seized 126 jackal skins, 8 tails, more than 370 ‘jackal horns’, 16 skulls and two live golden jackals. What exactly is a ‘jackal horn’, you may wonder. A jackal horn or what is locally called siyar singhi in Hindi or nari kombu in Tamil, Kannada and Telugu is a product that has been touted by traders of ritualistic worship materials, astrologers, and black magic practitioners as a talisman derived from the head of the jackal. The reality is that jackals do not possess a horn. Based on photographic evidence available on e-commerce sites and YouTube videos, siyar singhi is most likely a fake product. It resembles a ball of fur derived from a domestic dog, cat, pig or goat glued to a protruding plastic piece or claw or bone also sourced from a domestic animal. Whether this product is sourced from a domestic animal or a jackal/other wild canid is unclear and this information is not publicly available. However, numerous videos on YouTube actively market siyar singhi as a product consisting of jackal parts.

Golden jackals are strictly monogamous and a breeding pair such as this one photographed at the Tollygunge Golf Club in Kolkata form the basic social unit of a family group comprising up to four to five individuals. Photo: Dhritiman Mukherjee

Widespread misinformation propagated through social media platforms has resulted in online national and international markets selling this product — often along with other wildlife-derived products like hatha jodi (genitals of monitor lizard species) and ‘musk pods’ of the endangered Himalayan musk deer. In a recent media article about our study, the regional deputy director of the Wildlife Crime Control Bureau (WCCB) said that the organisation is presently working towards increasing awareness about jackal poaching among enforcement officials. While the sale of ‘jackal horns’ is pervasive, the hunting of jackals for their skin and meat is also widespread. Additionally, jackal organs are used in traditional medicine in some parts of the country and jackal nails, teeth, skulls and tails are believed to bring good luck.

Jackal horns or siyar singhi as they are known in Hindi can often be seen listed on online e-commerce sites due to their demand in ritualistic worship and black magic practices. The hornless canids are unfortunately persecuted across India for these products, which are mostly fakes made from fur and bones of domestic animals. Photo courtesy: Malaika Mathew Chawla

Currently, we do not know enough about the true population status of jackals in the country to conclusively determine how these different threats impact populations. Contributing to citizen science initiatives such as the Wild Canids-India Project is a great way to get involved in bettering our understanding of golden jackals. The WCIP website allows you to report sightings of jackals (and other canids) by uploading photographs and location details. 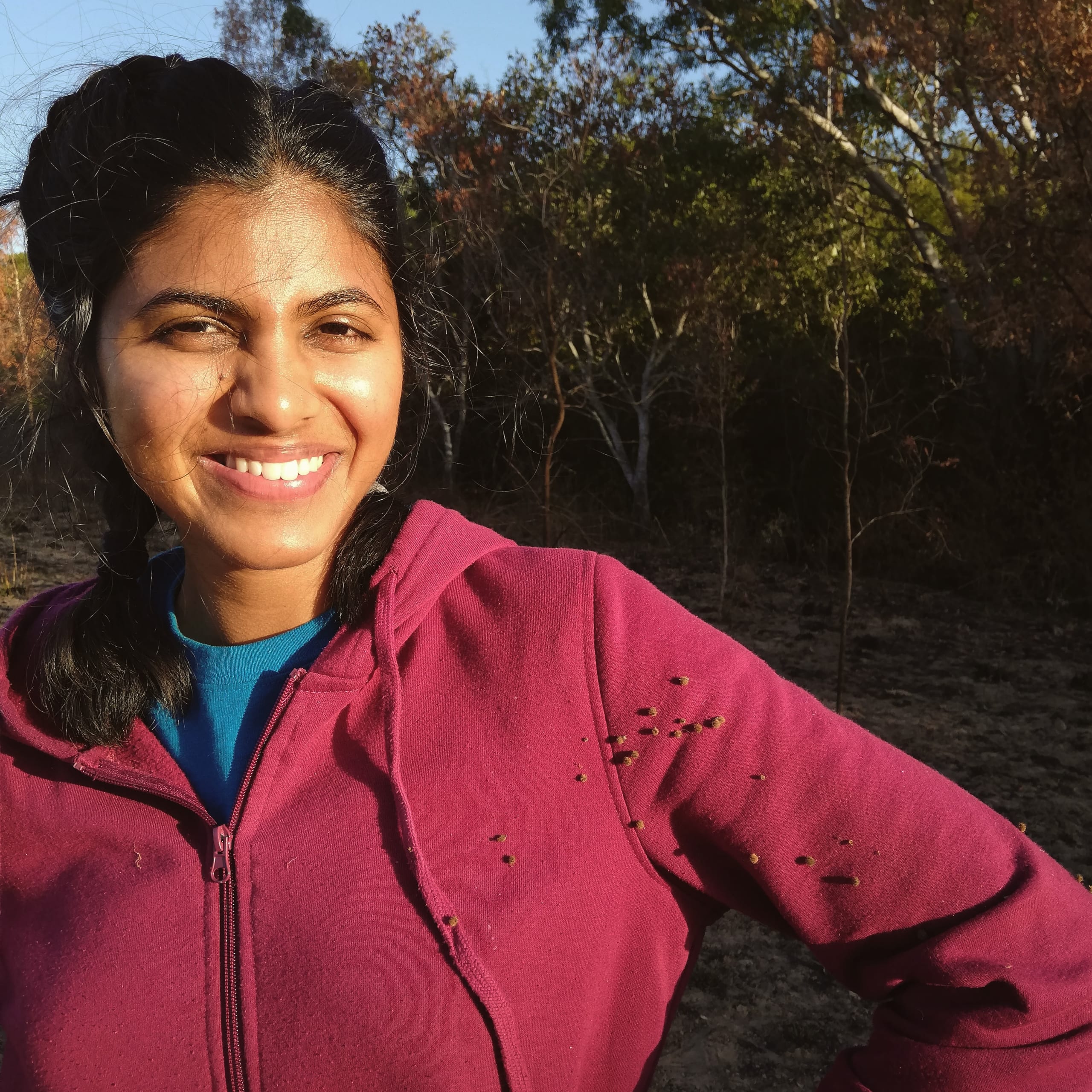 is interested in studying human dimensions of wildlife. She has worked on human–jackal co-adaptation in semi-urban landscapes of Goa.