Baby of the Forest: In Search of the Malabar Grey Slender Loris

In the densest parts of Agumbe’s forests, this wide-eyed primate feeds on insects in the quiet of the night

My most vivid memories of seeing a slender loris come from the year I spent working at the Agumbe Rainforest Research Station (ARRS) in the Western Ghats of Karnataka. Regardless of time and season, Agumbe was always teeming with wildlife. Winters were coloured with butterflies and migrating birds, and summers were when king cobras, lapwings, and draco lizards were too engrossed in mating rituals to notice they had a human audience. But my favourite time of the year in Agumbe was the monsoon. 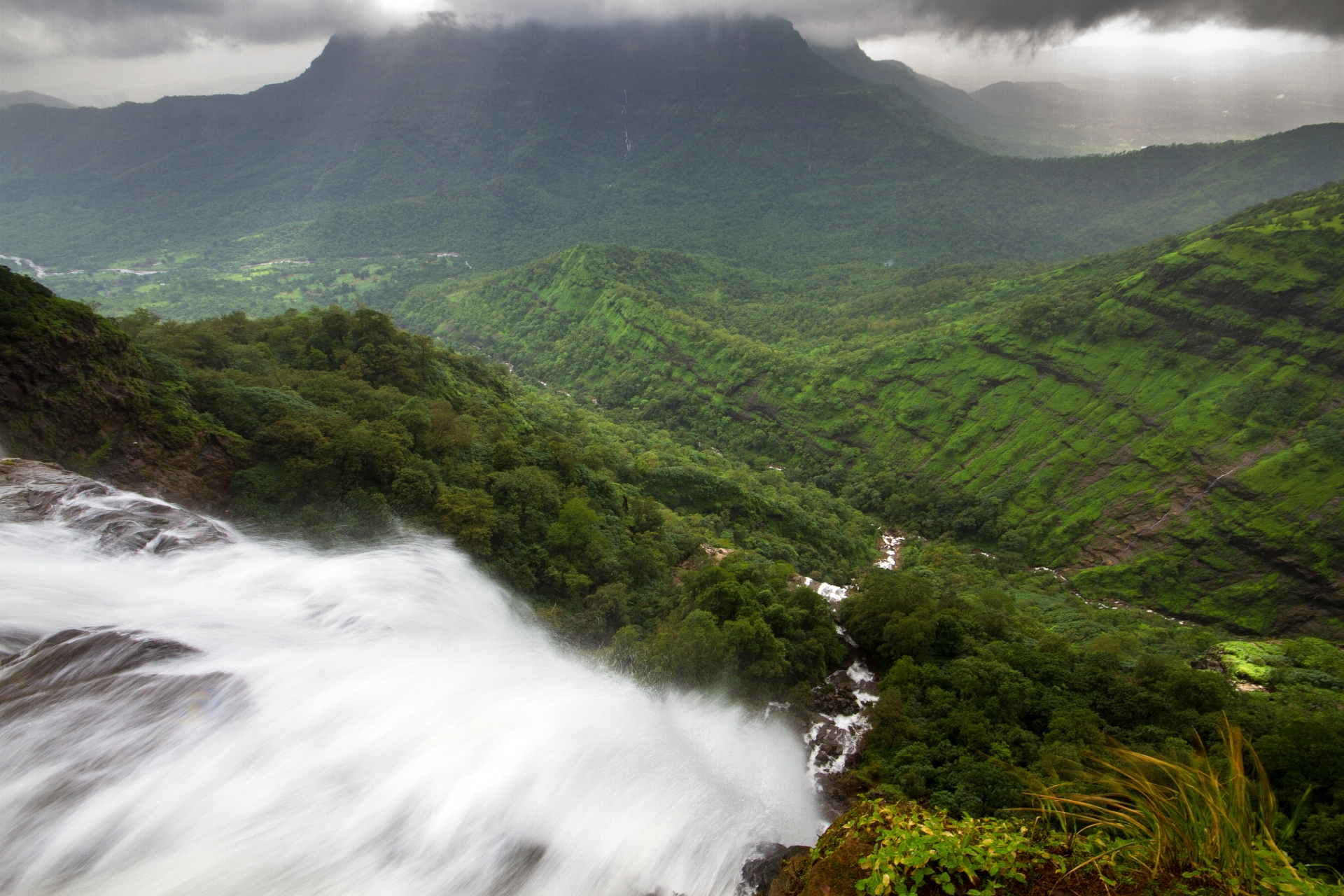 Small pockets of the wet evergreen forests of the Western Ghats, eastern India, and Sri Lanka, are the only remaining habitats for the Malabar grey slender loris, which is 'Near Threatened’ according to the IUCN Red List. Photo: Saurabh Sawant

After a dry summer, the rains filled all the streams with life again, and the trees took on multiple shades of green. Snakes, frogs, toads, and caecilians appeared out of nowhere, breeding, hatching, and searching for food amidst the abundance of smaller forest critters that had taken over the landscape. Our team at the research station loved to head out on explorations during this time, especially when the forest appeared most active — at night.

People often talk about the dawn chorus of songbirds as being the most beautiful of sounds to look forward to hearing in the wild. But nothing gives me the chills more than a night chorus in the forest. It begins at dusk, leading up to a crescendo at night, mellowing into a steady buzz until dawn. During my first few nights at Agumbe in the monsoon, I often had trouble telling the different animal calls apart. When did the frog calls end and the crickets begin? Was it coming from the forest floor or the canopy? The chorus almost had a ‘surround sound’ effect. Teasing apart the sounds, identifying the vocalising animal, and honing in on its location, were my favourite things to do on our routine night walks.

Slender lorises require canopy continuity, as they cannot jump from one tree to another. They rarely descend to the floor. Coming to ground level is dangerous for them as they become easy targets for predators, particularly human poachers. Top Photo: Pradeep Hegde, Above Photo: Saurabh Sawant

One vocalisation that I could not trace to its sender for the longest time was an extended high-pitched screech from up in the canopy. It was the Malabar grey slender loris (Loris lydekkerianus malabaricus), a mysterious nocturnal primate that I could never find.

Slender lorises are prosimians found in India and Sri Lanka, and are divided into a number of subspecies. Through my background reading I found that the Malabar grey slender loris was not studied as extensively as the Mysore grey slender loris (Loris lydekkerianus lydekkerianus), or the red slender loris (Loris tardigradus) from Sri Lanka. It seemed reasonable to assume that certain traits might be similar across the Loris subspecies. In my subsequent night walks, I began to explore with a more specific image in mind: A very small hairy primate, about the size of a newborn human, but significantly lighter (140 grams).

Slender lorises are arboreal and do not usually come down to the ground. Using a torch, I began looking for them in the canopy of the forest. I dreamed of seeing one perched comfortably on a strong branch, using both its hands to munch on a freshly caught sleeping lizard. However, the chances of seeing that were slim given that slender lorises primarily eat insects, like ants, grasshoppers, crickets, and that they stalk and ambush. On one particular night, nearly a week into my wild loris chase, I spent nearly an hour walking along the beaten jeep track that led to our research station, my neck craning upwards looking for any sign of movement. I had nearly given up when I heard a shrill whistle from the foliage above me. It was a loris, and it had found me. I waited patiently for at least a glimpse of the animal, but could see nothing. It did not call again and the canopy was much too dense.

Lorises are territorial and do not venture too far out of their home ranges, as they may face stiff competition from others of their kind. I went back the following night to the same patch of forest and stood waiting. This time I used a headlamp for light, I had learnt that one needs two hands free to efficiently get rid of the constant leech attack. As I scanned the foliage, the slightest creak of a branch alerted me, and what I saw next instantly gave me the chills.

With a firm grip, the slender loris can hang for hours upside down from a branch using its feet, while using its hands to feed. Photo: Dhritiman Mukherjee

Looking straight at me was a steady pair of large, beautiful glowing eyes. The beam of my headlamp was reflecting in a slender loris’s eyes. With the light coming from my forehead, I was able to catch perfectly the shine in its eyes. To my despair, however, my joy at spotting a slender loris was curbed rather quickly. Lost in the excitement of the moment, I hadn’t noticed the small leech had crawled into my eye. With an uncomfortable watery eye I rushed back to the field base to get help.

The insectivorous slender loris primarily feeds on ants and termites, but will not pass up the opportunity to pick up other beetles, orthopterans, spiders, small vertebrates, or molluscs. An Indrella ampulla which is an endemic land snail in the Western Ghats moves over wet branches near a gushing stream. Photo: Saurabh Sawant

I was thrilled that I had finally found a loris in the wild, and it didn’t matter that all I saw of it was its shining eyes. Lorises are shy by nature and cryptic camouflage. They walk through the forest canopy, from branch to branch, on all four limbs, nimbly and swiftly evading predators, but ambushing their prey. They are predominantly solitary, and but for their screeches, whistles, and clicks to communicate, they practically make no noise. In the thick evergreen forests of Agumbe, a novice like me was content with my observation.

It was a couple of weeks before we began night walks again. The monsoon had fully set in and our perpetually damp feet had needed some rest. When we did finally head out one night, for an orientation walk to introduce new volunteers to the nightlife of Agumbe, it was without expectations. The walk was turning out to be lovely; a couple of us saw a hump-nosed pit viper (Hypnale hypnale), a few bush frogs, a Heterometrus scorpion, and a few other interesting animals. We realised that we were being summoned in whispers to where the rest of the group was huddled.

During the monsoon the cacophony of sounds that fill the night air include those of bush frogs, crickets, slender lorises, and numerous other creatures. Photo: Saurabh Sawant

It took me quite a few seconds of looking to register that a few feet in front of me, at eye-level, calmly standing was a slender loris, gripping a twig in each arm and each leg, conjuring in my mind the image of Da Vinci’s Vitruvian Man. There were no leaves blocking my view and I could see every detail of its body. I could see the smallness of its fingers and toes while getting lost in the depth of its beady eyes. What an incredible creature, this kaadu papa or forest baby, as it is called in Kannada.

Habitat destruction and capture for the illegal pet trade are the two major threats to the survival of the slender loris. Photo: Dhritiman Mukherjee

In the years after I left Agumbe, slender lorises have made it to the news frequently; illegal trafficking, hunting for black magic, excessive handling by photographers, and other terrible stories. The stealth and nocturnal adaptations of this forest baby are proving useless against humans. Our knowledge of their habits was endangering them more. Never again during a night walk have I determinedly searched for a slender loris. If I hear them in the night chorus, I am content knowing that I am in their company.