Can the Quick Red Fox Jump Over the Ladakhi Dog?

In the Changthang Plateau of Ladakh, conflict between red foxes and packs of free-ranging dogs intensifies

Our first introduction to foxes, as children, is often through the fable about the fox and the crow, where the cunning fox steals a piece of food (vada, roti, biscuit, cheese) by sweet-talking and innocent crow. The reality, at least in Ladakh, is that the red fox and the northern raven have both evolved in remarkable ways to survive and reproduce in the extreme environmental conditions of their habitat.

Foxes are the smallest members of the Canidae family, which includes dogs and dog-like mammals such as wolves and coyotes. Red foxes in particular, are among the family’s most widely distributed members, found across the Northern Hemisphere “from the Arctic Circle to southern North America, Europe, North Africa, the Asiatic steppes, India, and Japan,” as reported by the IUCN. Red foxes with their narrow snouts and bushy tails are also the largest foxes, weighing anywhere between 6-10 kilos.

My first encounter with the red fox was in June of 2018, when I was on a reconnaissance trip to Hanle, a village inside the Changthang Wildlife Sanctuary of Ladakh. It was scurrying about in the vast, open landscape, shooting occasional glances in my direction. Over the course of my five-day stay, I encountered foxes three more times, including a sighting of a mother and her pup by their den. For the first ten minutes, the vixen was visibly anxious of my presence only 25 metres from her home, but she settled down after some time, and went about her routine as I continued to observed them.

Three hours later, when both of them had settled to down to nap, I began to crawl away quietly. When I was about 500 meters away, I turned around for a parting glimpse of the twosome, and to my astonishment, the vixen was propped up on her forelimbs, staring right at me — probably making sure I actually left. 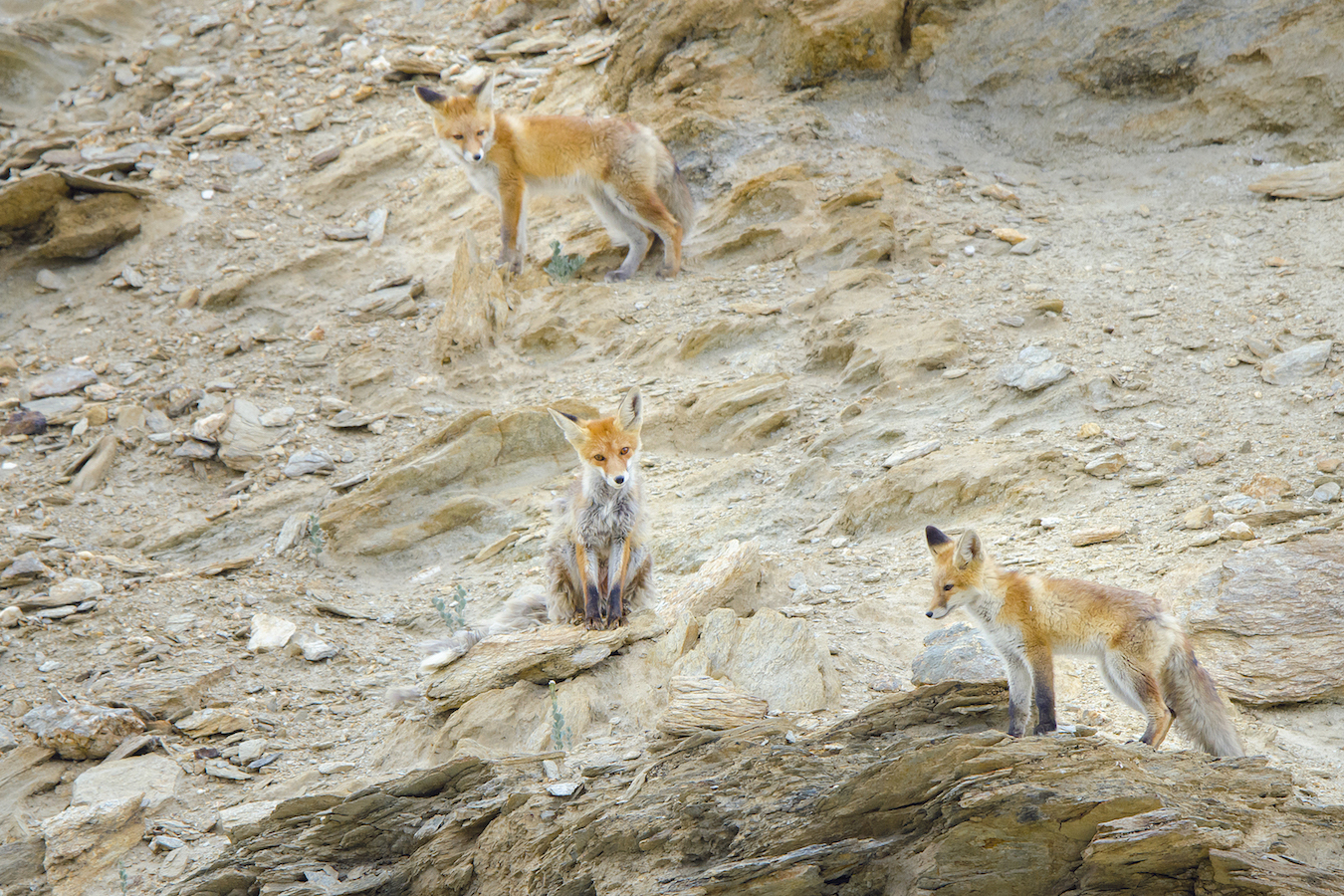 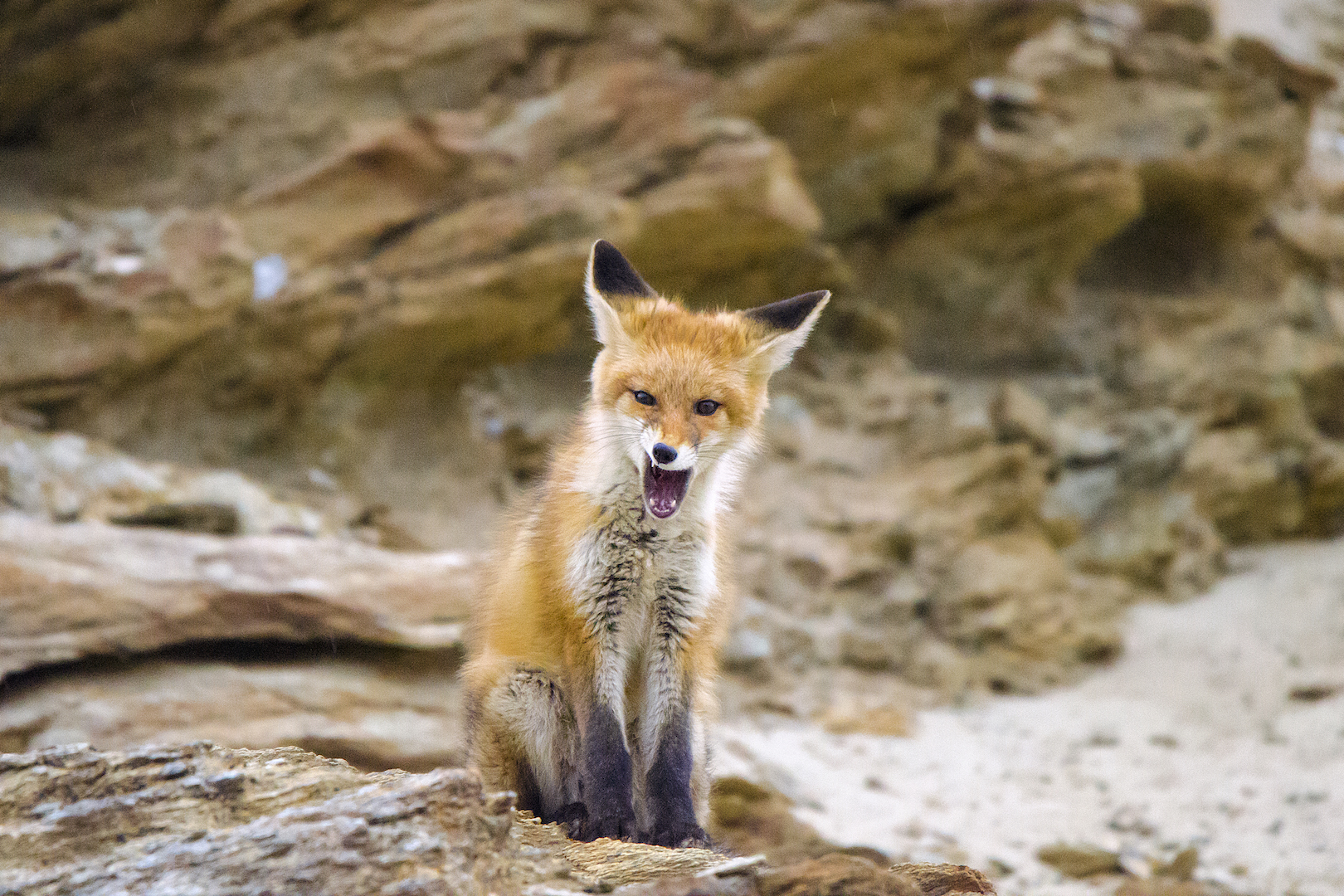 Fox pups frolicking in the sun, under the watchful eyes of the vixen. Photos: Saurabh Sawant Red foxes, found across the Northern Hemisphere, are among the few species to have adapted to human expansion. They inhabit a range of habitats, from high-altitude landscapes like Ladakh to agricultural regions, even villages and towns in Europe and North America. Cover Photo: Shivang Mehta

The next day, before I left Hanle, I went to say my goodbyes to the mother-pup duo and found quite a crowd of tourists and locals around the den. Further enquiry revealed that a group of dogs had tried to attack the vixen’s den, when a few tourists came to her aide in shooing the dogs away. One part of me was proud of the resilience of the vixen and the other was deeply saddened to hear of her plight with the dogs.

Red foxes have a varied and eclectic diet, which allows them to adapt to a number of landscapes and situations. They are skilled hunters that employ camouflage and swiftness to catch prey, though increasingly, populations around human habitation have begun to rely on garbage dumps for nutrition. Photo: Saurabh Sawant

Foxes are not the only species impacted by packs of dogs, as I discovered during my dissertation project on the ecological aspects of free-ranging dogs and their impact on the native wildlife in the Hanle region. My study indicated that interactions between red foxes and free-ranging dogs of the village were most common, as the dogs have a hold over the garbage sites of the village, which attract scavengers like foxes and vultures. This result is increased encounters between them, sometimes resulting in conflict.

My observations showed that the foxes were ready to brave the dogs, if only for a few morsels of food. Of the eight fox-dog encounters I noted, the foxes were never caught or injured, but there were indirect effects: most carcasses (both wild and domestic) were consumed fully by the dogs roaming the villages, leaving nothing for the foxes.

This was in contrast to what village elders recounted from the past, where wolves would get the king’s share of any carcass and the foxes would be being satisfied with the leftovers. Turns out, the presence of wolves reduced with the increasing movement of free-ranging dogs — yet another conservation matter that bears study.

Dogs dominate carcass site remaining in the spot for three or four days, until they consume the meal in its entirety. Photo: Subhashini Krishnan

My first winter sighting of the red fox was due to the subject dog I was observing. The dog and its group had taken up stalking positions. They walked stealthily through Hanle’s grassland-wetland landscape with its maze of mud mounds and pathways created by water. I assumed they were targeting a woolly hare (sighted around that area before), but then, a fiery red creature darted through the mounds and made its way up a hill with six dogs on its tail. The clever fox (they are, actually, clever), ran in a zig-zag manner uphill with such swiftness that I felt it was teasing the hefty dogs with its athletic skills. Subsequent sightings followed the same pattern, and there was an episode where a dog almost caught the tail of a fox but ended up with a tuft of red fur in its mouth. I watched this with bated breath as the fox dashed into the darkness.

Winter transforms Hanle. The landscape gets a fluffy, white blanket, and we get to spot animal foot tracks in the snow. We saw plenty of fox paw prints, with occasional wolf prints, and one sighting of a track left by Pallas’ cat. On one such snowy day, I followed a trail of fox imprints and voila, ended up right outside a den. The prints appeared fresh, as the wind is generally quick to cover tracks with more snow.

I made my way towards the den, assured that the fox would not be there. (Despite their curious nature, foxes keep their distance from humans). I checked the loose mud inside the den and found it warm. Basking in the satisfaction of almost catching a fox, I looked up from the den to see a pair of eyes scouting me from about 150 metres away. I quietly made an exit and went back to camp for a warm cup of chai and session of note-taking in my field book: Snooping around an active fox den and then sighting its owner it a rare experience!

Paw prints of the red fox appear broader on soft snow, due to the manner in which the animal moves through the terrain. Photo: Shivang Mehta

Red foxes are solitary canids, that pair during the breeding season and establish a den to raise pups. Most of my sightings in the landscape have been of single foxes, except during mid-March when I spotted a twosome trotting around the river bank. I assume foxes I saw were a couple, as red foxes in the Ladakh region are known to have pups by the month of May, with the onset of summer.

It surprised me that they had chosen a den site around the village, despite the presence of free-ranging dogs. This might be because they have learned to evade the dogs, or because they value being closer to a food source (in this case, the garbage dump). Either way, it was going to be rough. My observations over the previous few months suggested the foxes would survive, but I could not say the same for future generations.

The American writer Thomas Paine once noted that, “The cunning of the fox is as murderous as the violence of the wolf”. But, I wonder, what if the free-ranging dogs have now evolved a murderous cunningness unique to themselves, which the red foxes and wolves know nothing about?

As the number of free-ranging dogs in the region increase, they have become the gravest threat to local wildlife and this conflict will intensify. However, with active waste management and proper dog-population control, we may be able to ameliorate the situation, and the wildlife of Ladakh might breathe a sigh of relief. 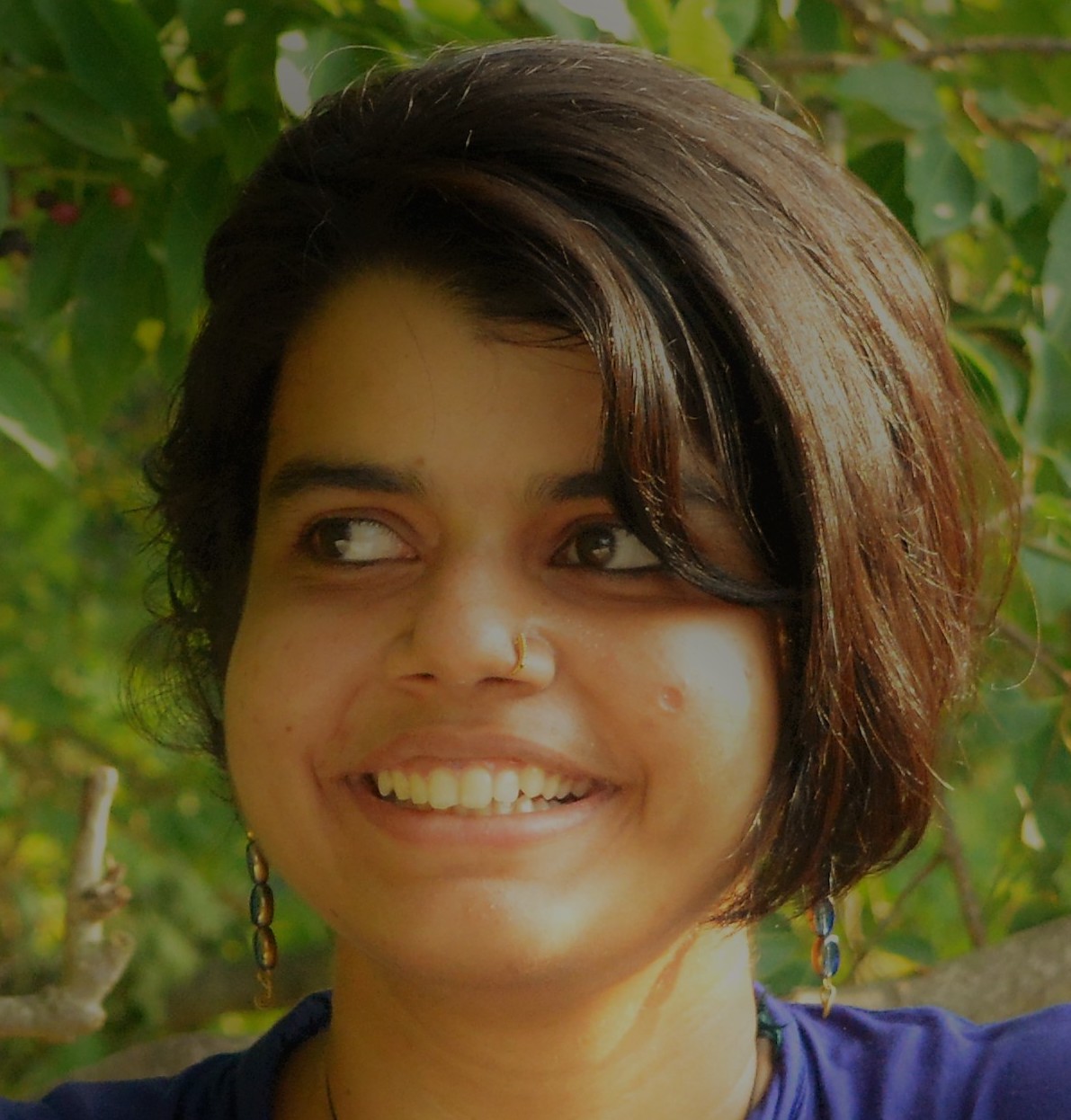